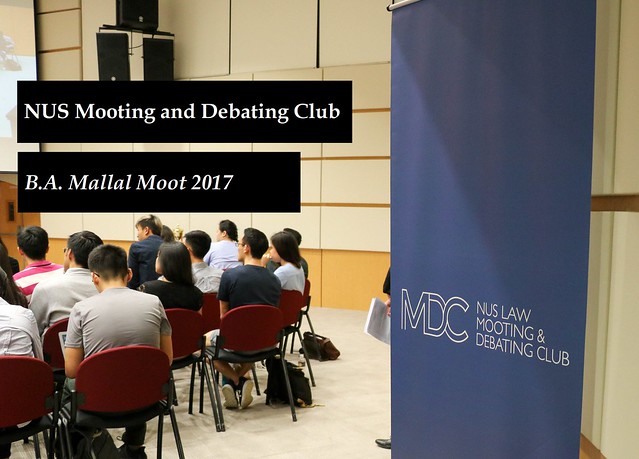 The annual B.A. Mallal Moot is one of Singapore’s oldest and most prestigious domestic mooting competitions, organized by the NUS Law Mooting and Debating Club (MDC). Proudly sponsored by Allen & Gledhill LLP, all semi-finalists were awarded A&G internships. The top 4 finalists and the best memorial submission also received attractive cash prizes. The Grand Finals of this year’s iteration of the Moots was held on 27th October 2017 – and the mooters gave it their all in a fierce battle of legal prowess.

This year’s moot problem focused on the tort of negligence. Specifically, the duty and standard of care expected of a manufacturer of car management systems. The hypothetical problem contemplated a situation where modifications to the latent technology in a car’s software spontaneously triggers Artificial Intelligence characteristics, resulting in severe injury to the unfortunate user. 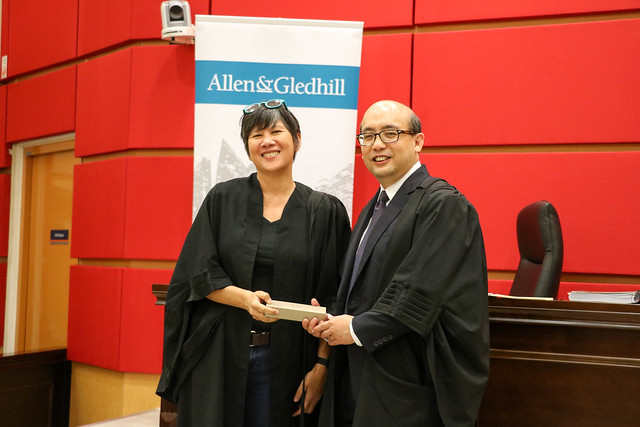 Appointed to the Supreme Court Bench as a Judicial Commissioner in June 2016, Phang Khang Chau JC (right) has been a prominent and well-respected figure in the legal fraternity. Having assumed office at the highest levels in both the Attorney-General Chambers and the Government, he is held in high regard for his legal and institutional knowledge. 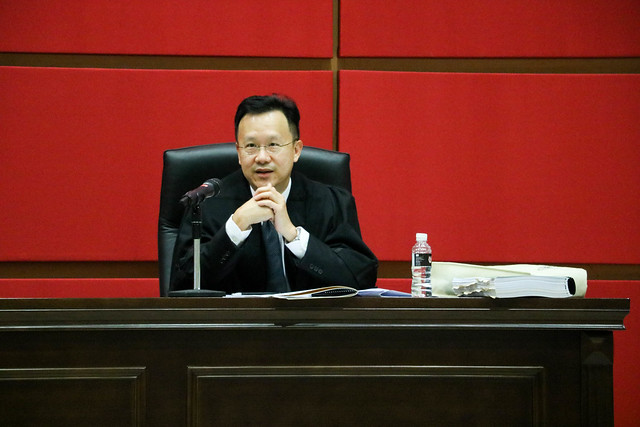 One of the youngest lawyers to be appointed Senior Counsel at the age of 38, Ang Cheng Hock SC graduated top in his cohort at NUS Law in 1995. He is widely regarded for his expertise in commercial litigation and dispute resolution in several leading publications, including The Legal 500 Asia Pacific, Chambers Global and Chambers Asia-Pacific, as well as Asialaw Profiles. 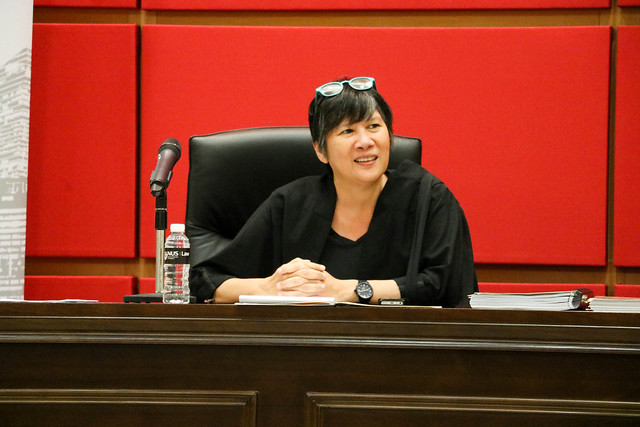 Rain or shine, Assoc. Prof Eleanor Wong is one who dons and juggles multiple hats. For the special occasion, this lady of many talents within the NUS Law faculty (and undeniably, beyond the campus too) decided to don (not juggle) a judge’s robe. 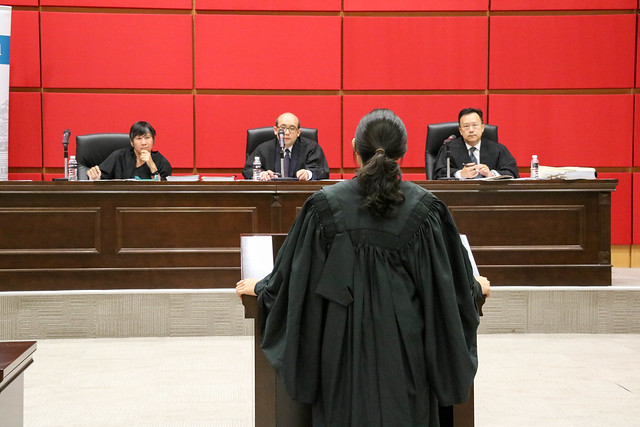 With much fervour and mental acuity, the four finalists presented their cases before the court and provided penetrative arguments in two rounds of debate. Each presenter was given 18 minutes to make their respective cases, inclusive of judge inquiries and 2 minutes each for rebuttals.

For the Appellant, Lee Jin Loong (NUS, Y2) and Tammie Khor (NUS, Y3) presented their arguments in the first and second rounds respectively.

For the Respondent, Huang Qianwei (NUS, Y2) and Melody Lau (NUS, Y3) presented their arguments in the first and second rounds respectively. 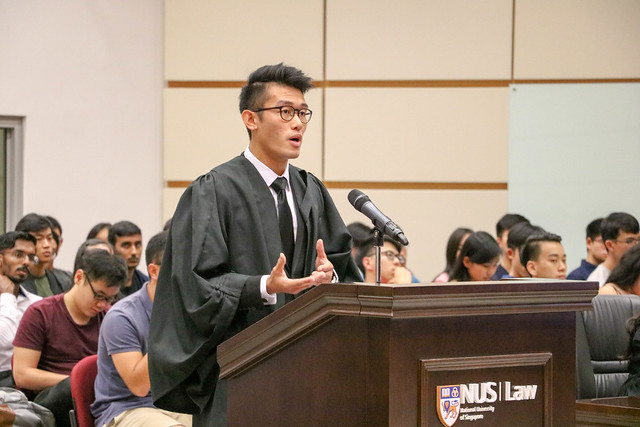 The first presenter, Jin Loong, made his case before the court with finesse and vigour. His responses to the the judges’ intense line of questioning reflected his flexibility in response and ability to think on his feet. 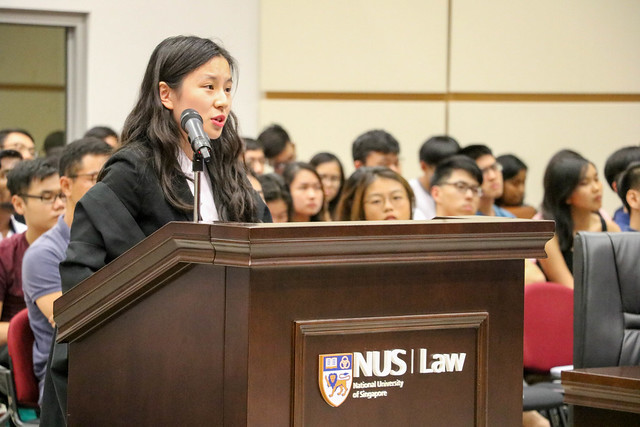 The second presenter, Qianwei (otherwise known as Violet), articulated her case in a calm and thorough manner. However, what impressed the judges and the audience was her ability to remain unfrazzled even when technology, like in the hypothetical problem, had a mind of its own, taking over control of the microphones and triggering deafening malfunctions. 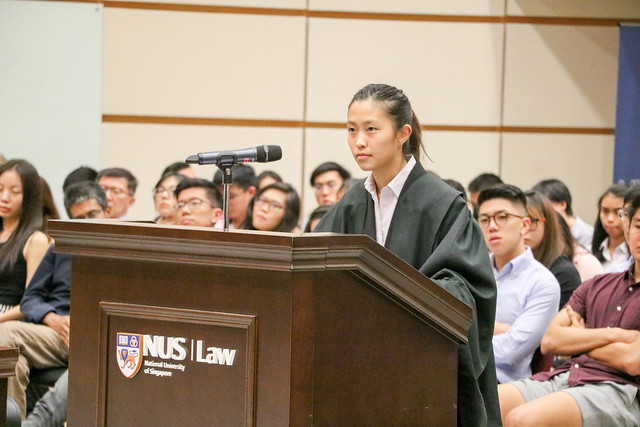 The third presenter, Tammie, steadily laid out thoughtful arguments in a measured, calm voice, cleverly utilising her well-curated selection of cases to smooth over the multiple concerns raised by the judges. 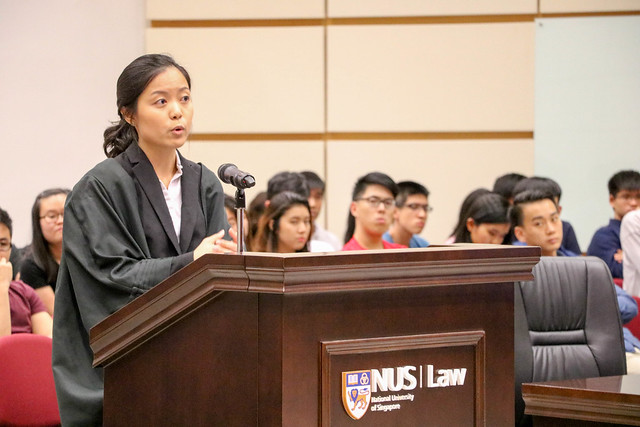 Last, but most certainly not least, the final presenter, Melody, spoke fluently with powerful and appropriate emphases on hard-hitting points. Were these sufficient for Melody to bag the win?

Before the much anticipated revelation of the champion (among champions) for the evening, the judges first commended the four finalists’ for the effort and thorough research evinced through their presentations. The judges further emphasized the importance of forward thinking and personal style during oral presentations, while humorously advising candidates to shed their autobot demeanours to let their enthusiasm shine through. 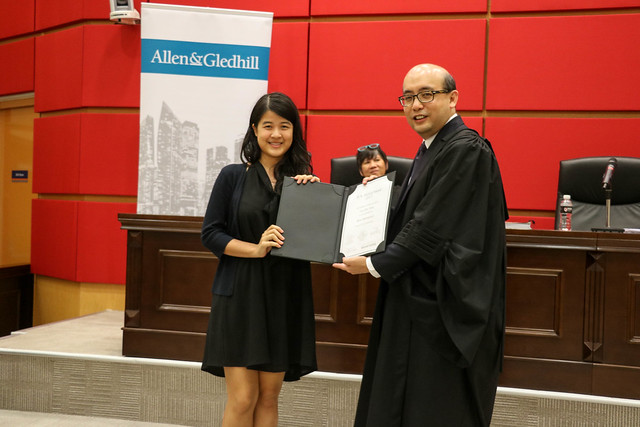 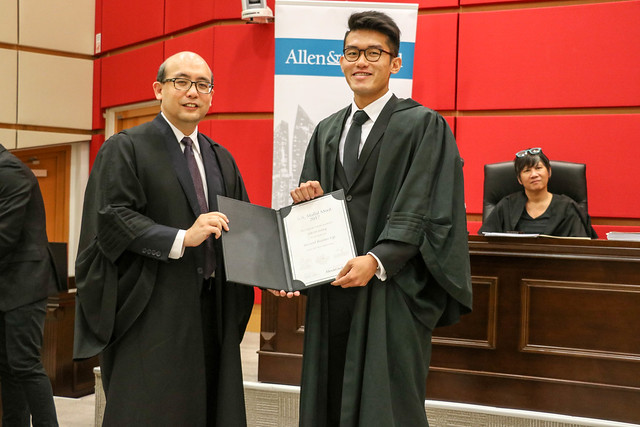 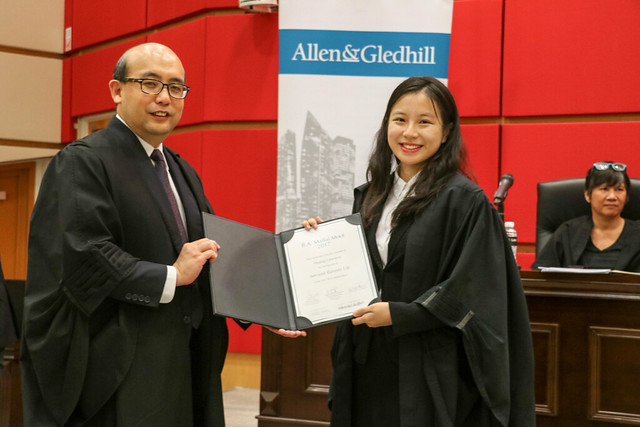 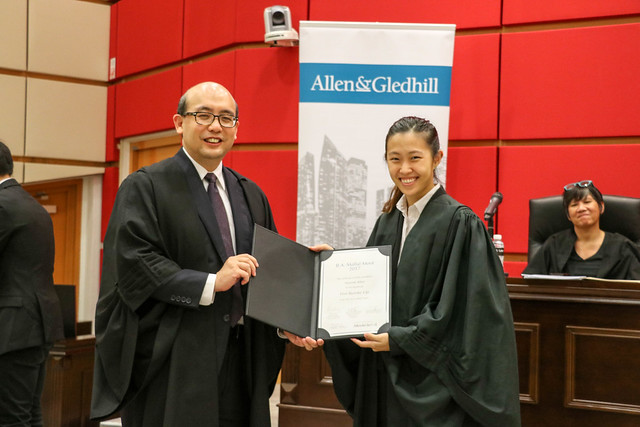 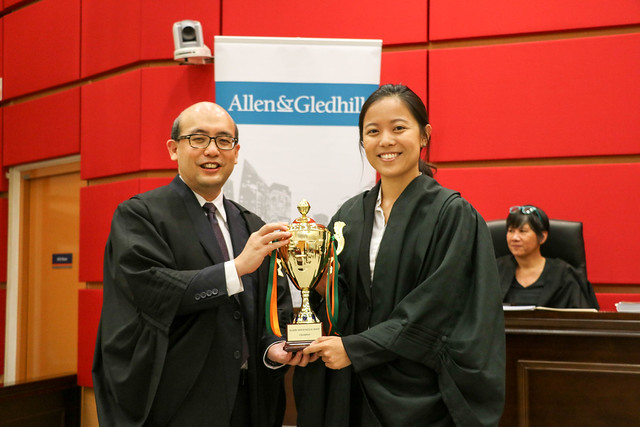 And finally, the winner of this year’s B.A. Mallal Moots 2017, Melody Lau!

Congratulations to all the prize winners! 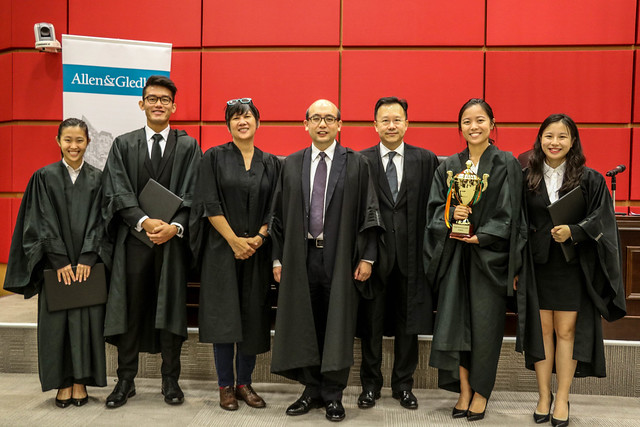