I have a confession to make: I spent my entire Contract class thinking about food.

From the moment the Professor walked in, I was scanning through menus, trying to figure out the combination of dishes that would enable me to maximise my dollar. And given the wide variety of food available at reasonable prices, this took up much of the time I spent in tutorial. The affordable and diverse selection of food were definitely perks, but the thing I was anticipating most was that instead of hauling myself to the restaurant, the restaurant was going to haul their chow to me.

For the uninitiated, Foodpanda.sg is a simplified food delivery service. This, of course, is great news to those who dread finding caterpillars and the like in their food. As the other contributor to this article, K, thinks, us trying out the service would be one small step for man, one decent leap away from the Summit (No offense intended to those who swear by Summit food, if any).

The website is the brainchild of “a small team of problem solvers, designers, thinkers and tinkers, working around the clock to make …the most powerful online tool for food delivery in the universe.” A tall claim we’re not going to make a value judgment on, but the interface is friendly and clean. A Google search brought us straight to their website, and their search engine for restaurants allows you to list restaurants by minimum order. They also happen to have an Android/iPhone app, which you can check out here: http://www.foodpanda.sg/contents/apps  – sorry BlackBerry Beliebers.

Neither K nor I faced any problems navigating around their website (we did separate orders to test the service), and their selection of food is decent, if not comprehensive — some of the highlights in the area include Sarpino’s (pizza) and Indian Curry House at 6th Avenue (Indian curry), which is where I ended up ordering six pieces of tandoori chicken from. The ordering was smooth sailing too. Another Google search yielded the NUS BTC postal code required for delivery, and after some finicky Visa problems (coupons don’t work for cash-on-delivery) I ended up using PayPal. Alternatively, you could go with the conventional and order pizza (Canadian Pizza), which K did. She on the other hand found it relatively easy to pay by Visa, though for those unwilling to swipe out their cards there’s always the option of paying cash on delivery.

“Deliver to Eu Tong Sen Building,” I wrote in the Comments section of the order form. “I will be waiting.”

I submitted my order at 1215 P.M, and the estimated delivery time was an hour flat. Half an hour later while doing my LAWR my phone suddenly rang.

“Hello. This is the Indian Curry House.”

I gave a quick call to my trusty photographer, Andrew Chua, but he decided not to photograph the delivery man, a tall man in a checkered shirt and helmet. 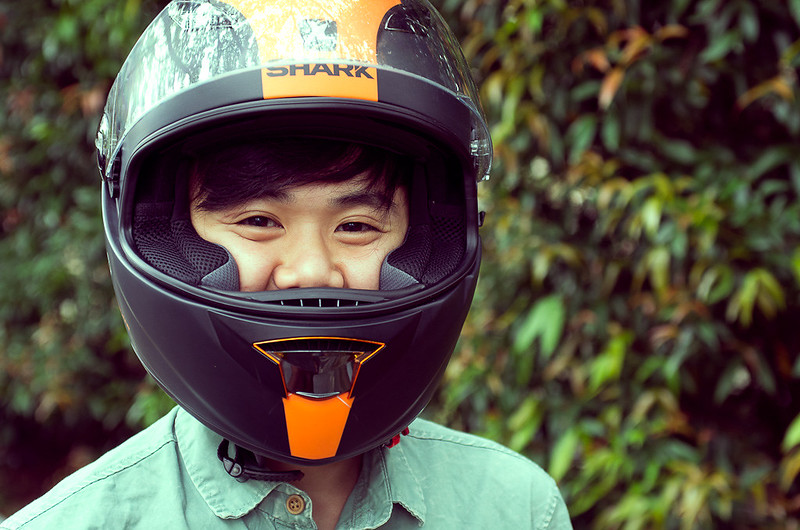 “Why should I? I can get anyone to wear a motorcycle helmet and he’d look like a Foodpanda guy.”

I rolled my eyes and took my food. As I turned to leave the man reached out and put a hand on my shoulder.

“Hey, boss. If you like the food or you think service good, leave a good review on Foodpanda.sg.”

The food — six pieces of tandoori chicken for $25, a luxury I wouldn’t normally splurge on — was presented in a series of plastic boxes. They gave me complimentary onions, a quarter of a lime, a little container of green-minty-yoghurt-sauce, and three Indian crackers, all of which I promptly foisted off onto my LAWR group-mate. No carbs for me, thanks. 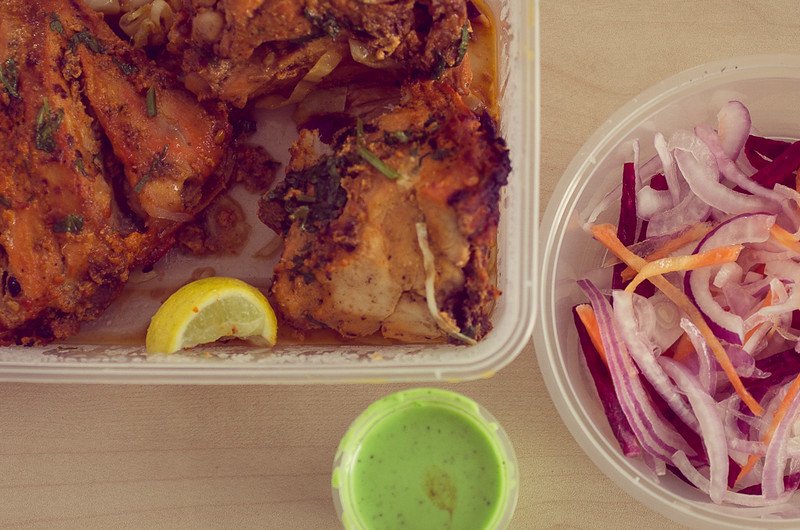 To be perfectly frank — in the words of my photographer — “this is the most unphotogenic chicken I’ve ever seen”. Two boxes of tightly-wedged chicken and a sad box of onions apparently don’t make for appetizing photographs. It must be said in the defence of the food, however, that it was remarkably tasty and moist. Tandoori chicken has a tendency to end up dry and stringy after extended time in the tandoor, but this iteration of it was almost juicy. The marinating was competently executed, the meat fragrant with herbs and just the right side of salty.

One minor gripe that I had was that they didn’t provide any cutlery, forcing me to singe my fingers on the commendably hot food. My photographer astutely pointed out, however, that it was Indian food and that they were just being culturally sensitive. Fair enough.

K’s experience with the service, however, is another story. She had placed the order at about the same time, and was told to expect the food in an hour. Slightly less than two hours later, with no means of contacting anyone who would know where her food was, she was left wondering if the delivery guy had gotten lost. Fortunately, her food arrived without crossing the two hour mark. 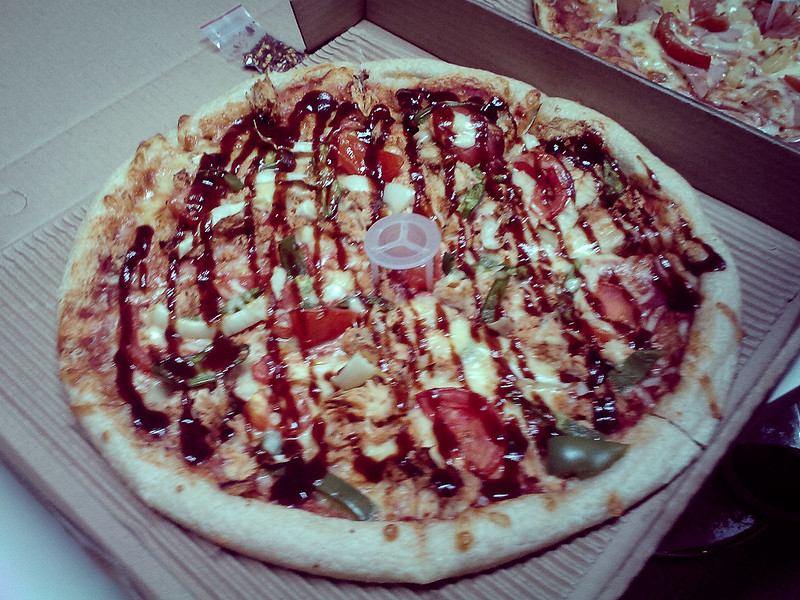 Pizza – Even more unphotogenic than chicken.

There’s little to be said about the pizza; though to be completely honest it was a little cold. It’s hard to complain however, considering that she got two 10 inch pizzas for only about $23. To be fair, although the delivery took longer than expected, the pizza was decent and the price fair enough. In any case, one experience can hardly be a decisive indicator, so even though K’s experience was less than satisfactory, she would still give the service another go if only to add on to her options.

All in all, unlike K, my experience using Foodpanda.sg was largely positive. A little on the expensive side — I’m not sure I would end up buying what I did if I didn’t have the $25 coupon — but there are other lower-priced alternatives and it’s possible to get a hot meal delivered for under $10/pax, albeit with minimum orders of $20-$40.

A group of students studying in school could do far worse than go to Foodpanda.sg to fix their rumbling guts. McDelivery, for example.

Editor’s Note: We subsequently gave it another go and ordered Sarpino’s pizza about one week later. The delivery was prompt and fuss-free, except for a slight hiccup with the payment, and the pizza and garlic bread arrived piping hot. So we here at Justified are pretty partial to Foodpanda.sg.

(1) If you’re ordering for the first time, use this code “NUSSTUDENTS_new” for 25% off (min. order value of $10 though & for online payments only!)

(2) For all subsequent orders after your first, use this code “NUSSTUDENTS_reg” for 10% off (min. order value of $10 though & for online payments only!)

PS: Foodpanda has weekly deals/promotions/offers so check them out regularly if you wanna cash in on the discounts! Follow them on Twitter or Facebook for more updates!