One does not usually find law students awake at 830 AM on a Saturday morning, but this wasn’t just any ordinary Saturday- it was the day of the Law Frat basketball tournament. Having trained eagerly for a few weeks, the team couldn’t wait to finally play an actual game against real opponents. The tournament would consist of two back-to-back games against the Law Society and SMU respectively. 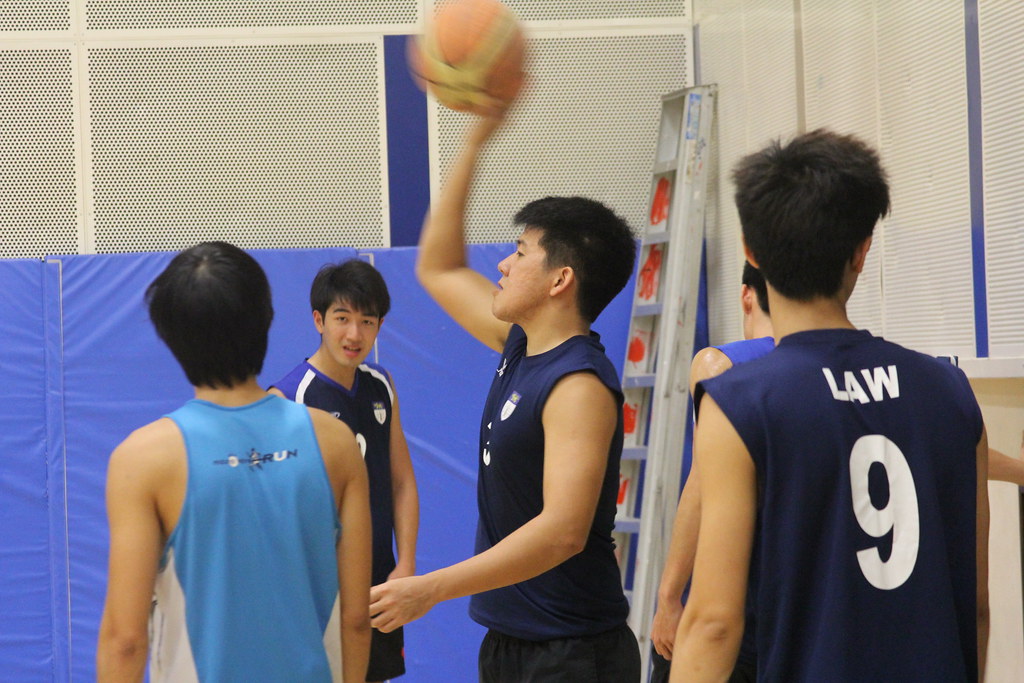 The team had known all along that the Law Society team would be pretty strong, having beaten us by a comfortable margin last year. As seasoned veteran Tze Siong (Year 3) put it, their team was very experienced and consisted of “åäº”å¹´çš„ç²¾åŽ” (Translation- the Essence of Fifteen Years or in simple terms, an All Star Team).

Nevertheless, with the addition of several enthusiastic and talented freshmen, we hoped eagerly for a better score or perhaps even to sneak a victory. Alas, it was not to be, as we were slow in getting out of the gate and uncoordinated on defence as we gave up some easy baskets. It was clear that even greying hair and stout bellies were no detriment to our more experienced opponents who passed the ball around and shot well.

“Eh, that guy is like Larry Bird man, everything he shoots also score!” – Jinsei 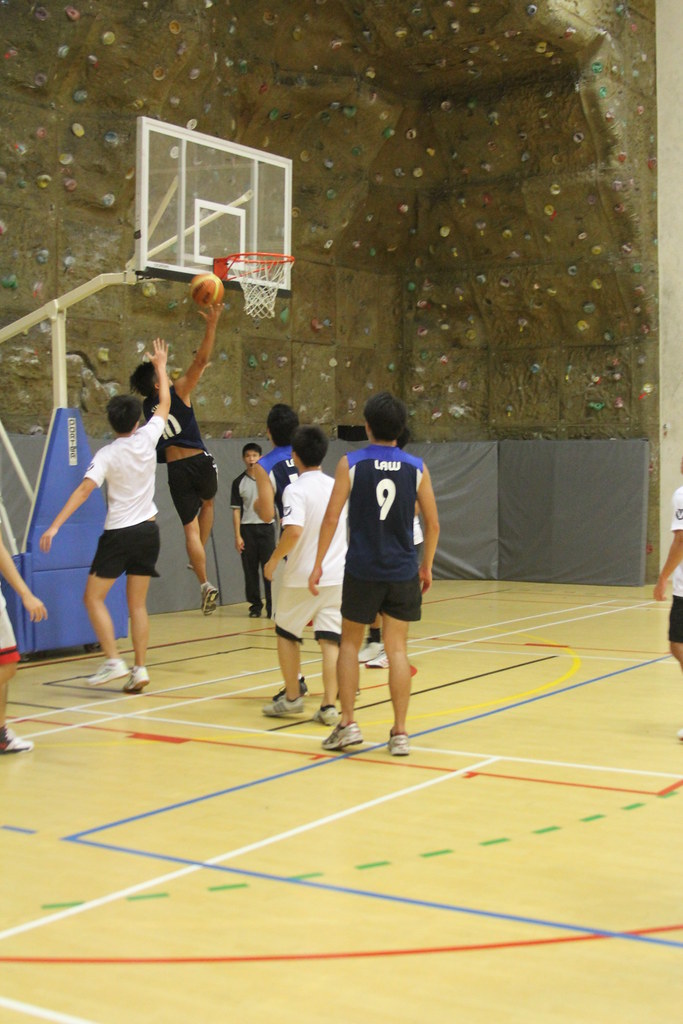 It took a while before we got ourselves into somewhat of a rhythm, but we were pretty much in the backseat for most of the game. Despite standout performances by Tien Wei (who hauled us back into the game singlehandedly at points, raining buckets from distance and dribbling past numerous opponents) and Tze Siong (who must also have distracted the opponents with his good looks), we found ourselves losing our first game 58-37.

For the second game, we faced off with perennial and eternal arch-rivals, SMU. NUS was anxious to register a win, and avoid the damnation of overall losers. Although the game lacked the atmosphere of the traditional Lakers @ Boston Garden clash, certain unspoken tension lingered as we tipped off at the center circle. It was an auspicious start as Dillon (Y1) made a perfectly timed leap to win the tipoff against his taller counterpart from SMU. 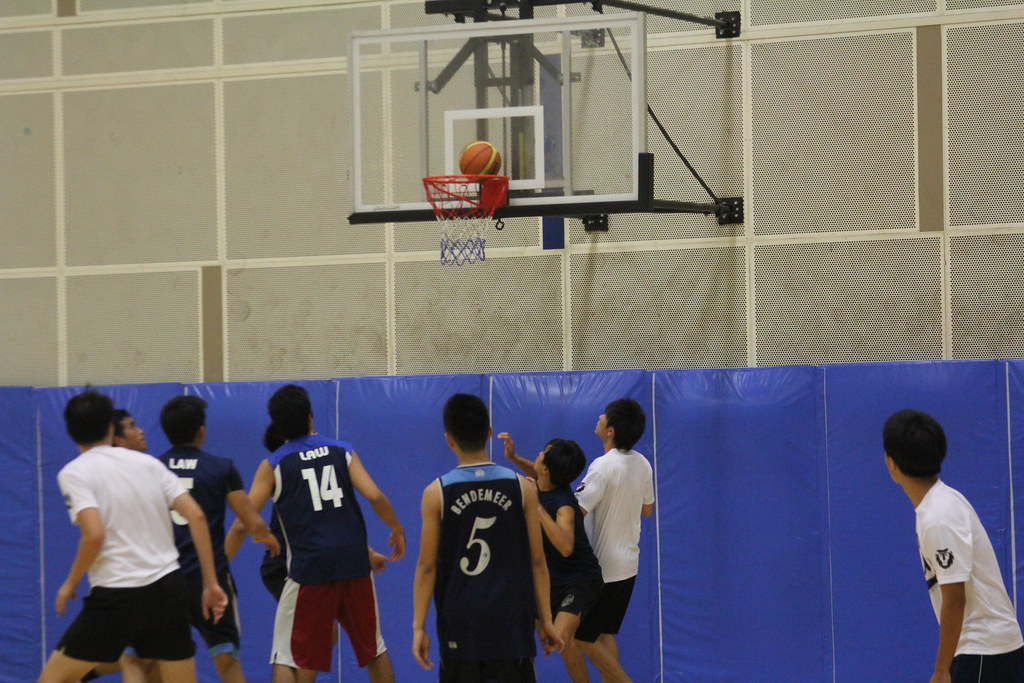 Switching into immediate beast mode, the NUS team blitzed to a large double-digit lead by the end of the first quarter led by our IVP players Tien Wei and Danny running the fast break relentlessly. The ever reliable and suave Captain Kevin Chua contributed his fair share of buckets and entertainment in the subsequent quarters, as he went to work in the paint with a handful of slick jumpers. Teren overcame a slow start (no doubt due to a lack of sleep or too much drinking the night before) to nail a contested three pointer in their faces. Take that, SMU!

Now, if you’re a sports fan, you’d have noticed that most teams boast the typical, tireless, ruthless nutcase that works his butt off every single game. Perhaps, if you fancy footy, Italian Stalwart Gennaro Gattuso and Manchester United Talisman Wayne Rooney come to mind. Basketball junkies will probably remember Dennis Rodman of the Chicago Bulls. The comic book equivalent i.e. æ¨±æœ¨èŠ±é“ a.k.a. Hanamichi Sakuragi of the Shohoku Basketball Team in Slam Dunk probably fits this description perfectly too! 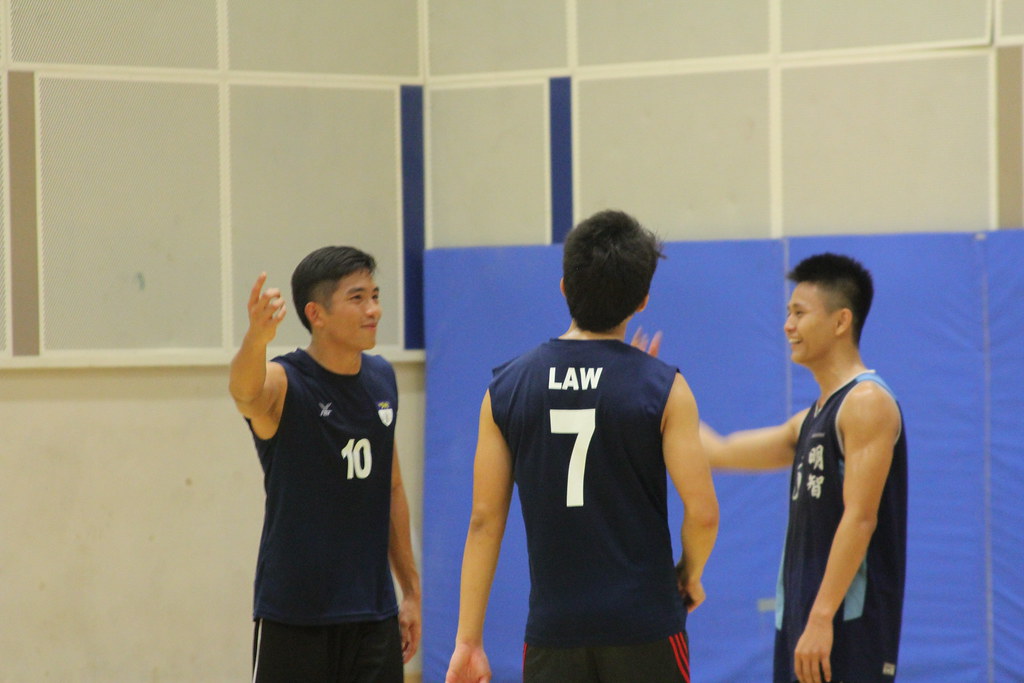 Our local hero was none other than Rookie of the Year, Jun Jinsei (Year 1) himself. Jinsei was all hustle and effort on the court, bulldozing through the helpless opponents, diving (quite literally) at every opportunity to scramble for loose balls.

Not to be outdone, Seetow (Y1) made an almighty block on defence, prompting a finger-wag celebration a la NBA legend Dikembe Mutombo. 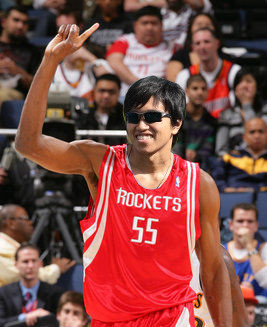 Good shooting and defence by Alvin (Y2), Peide (Y1) and Alex (Y1) helped to keep the scores far apart even as we rested our key players towards the end of the game. SMU, sensing a possible comeback,tapped on the athleticism of their individuals to stay in the game.

If you’ve missed Manchester United putting the lights out at Fulham, and Beyonce at the Super Bowl this past weekend, be sure to catch the basketball lads dazzle and decimate the Medicine team in a few weeks time at the annual LawMed games! 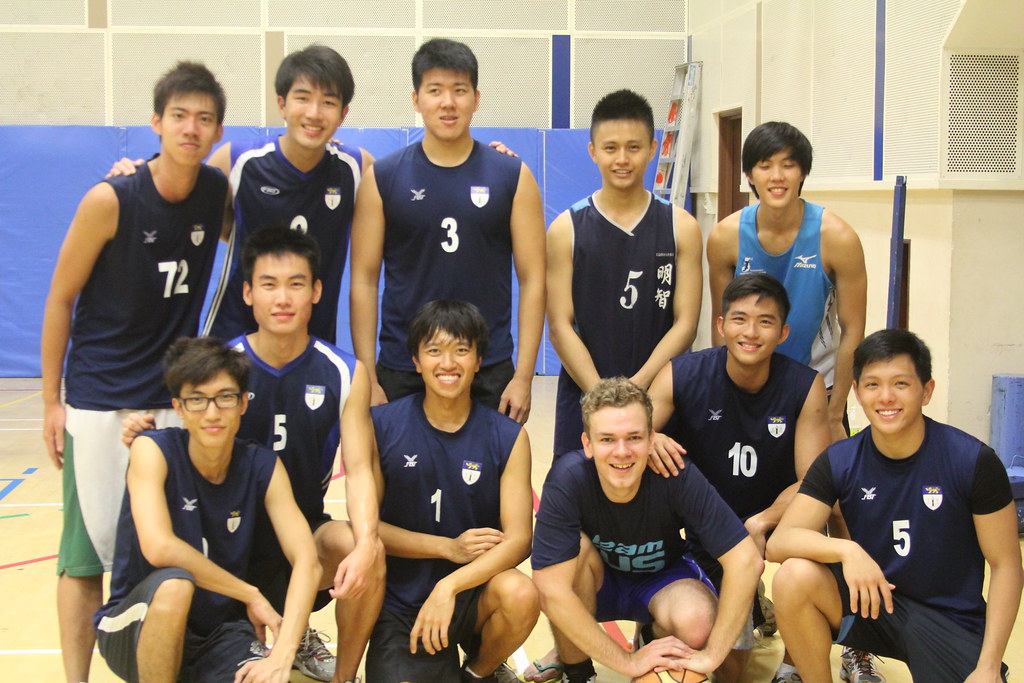 Not even the pouring rain, biting winds and a last-minute change of venue could dampen the spirits of Grundnorm players as they turned up at Sengkang Fields (actual location name unknown) for the annual Law Fraternity Ultimate Frisbee games. Although we were missing a fair number of experienced players this year, the addition of quite a few talented freshmen to the team nonetheless gave us hope of beating both SMU and Law Society to finally claim first place. There was certainly no lack of enthusiasm either, as a record 20 players turned up! 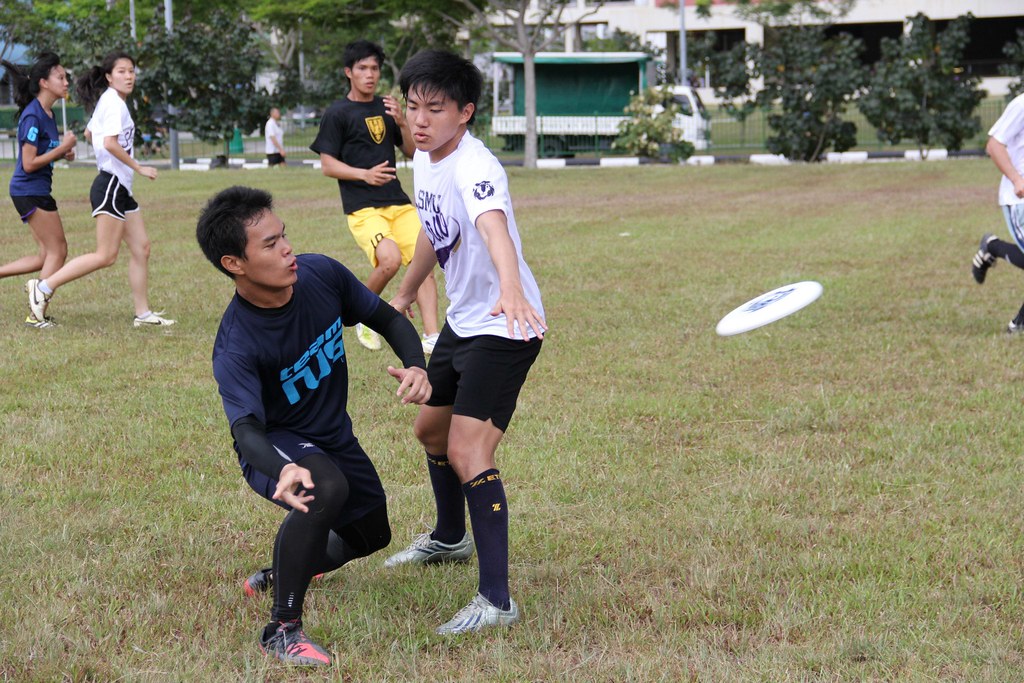 Things got off to a good start, as the results of weeks of working on our throws and movements paid off in a handsome 8-3 win over our counterparts at SMU. They definitely did not make things easy, with a trio of experienced players controlling the tempo of the game at times. However, our players never wavered and built up a 6-2 lead by half time. 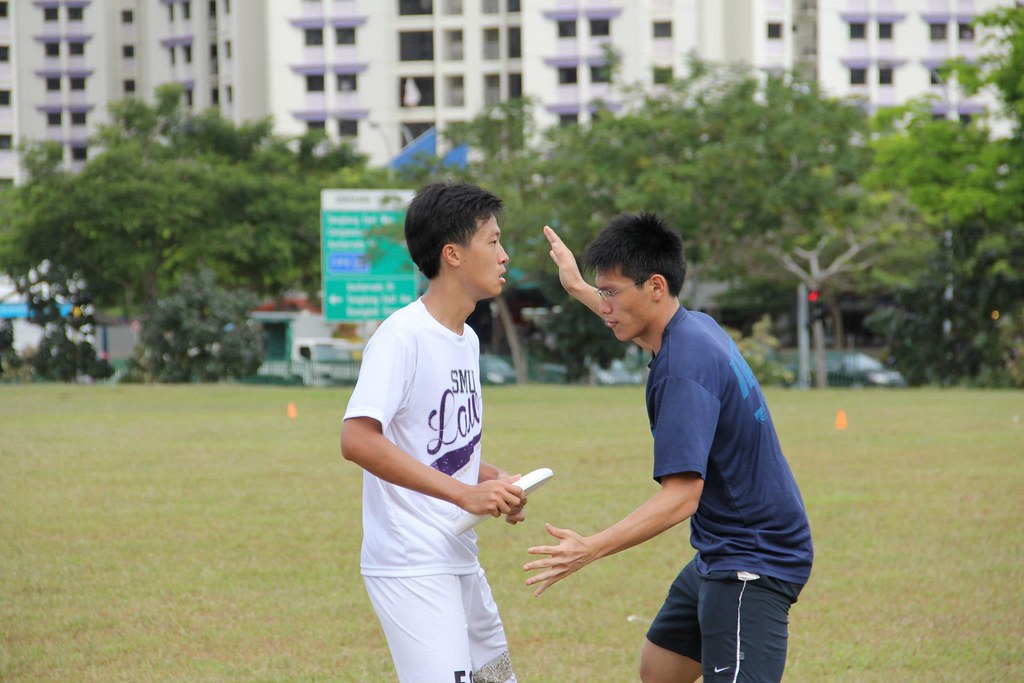 The second half brought with it the rain and strong winds, which meant that there were many near-misses and near-catches, not to mention reduced visibility and movement- few points were scored and the game finally ended at 8-3.

The match against Law Society was, without a doubt, always going to be a tough one. Although they were few in number, most of them had been playing Ultimate Frisbee for at least four years, and now play at club level. Despite that, our players- some of whom have played for barely six months- were ready to give it their all. Everyone ran as hard as they could, and it paid dividends as we reduced their chances of scoring and managed to get up on the other end and score a few of our own.  It could definitely be said that we did not make things easy. Alas, Law Society’s potent mix of skill and experience eventually overcame us, and at the end of the final play the score read 7-4 in their favour. 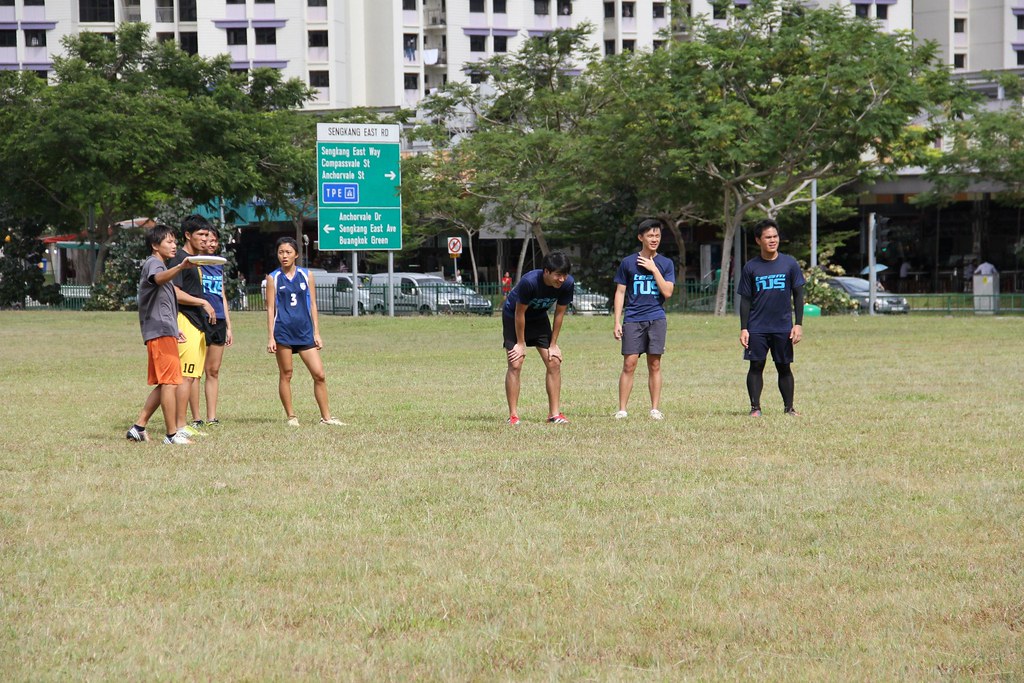 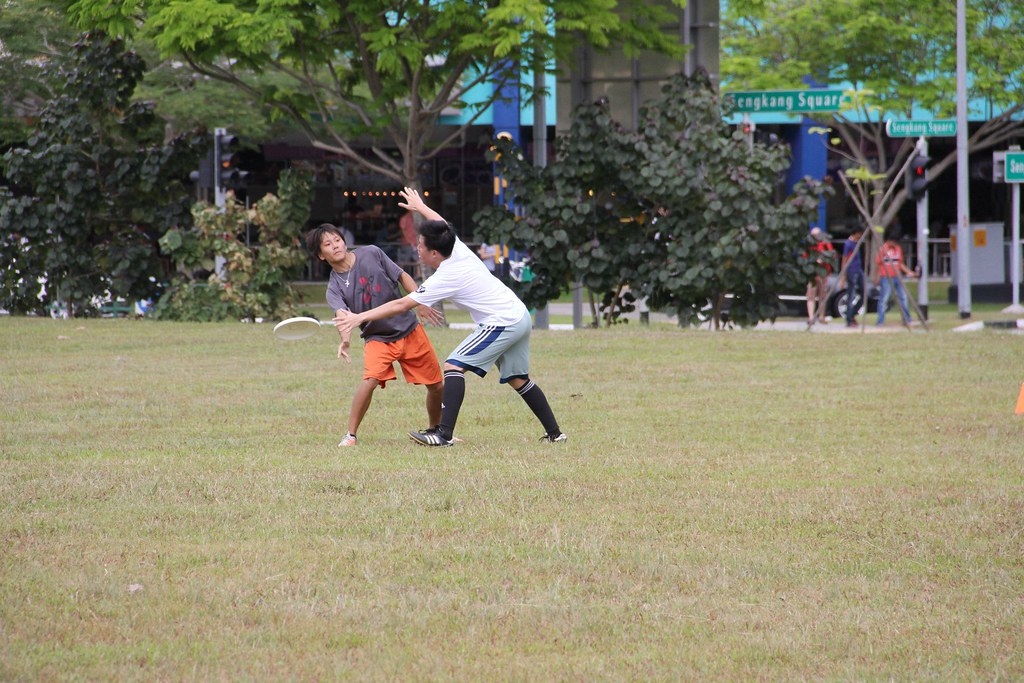 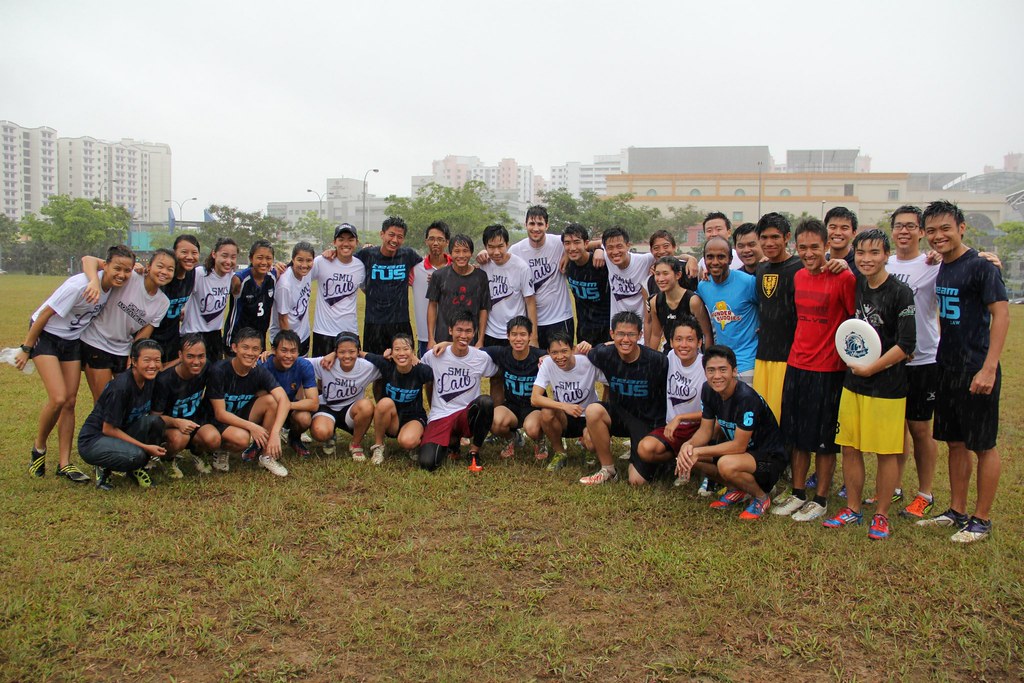 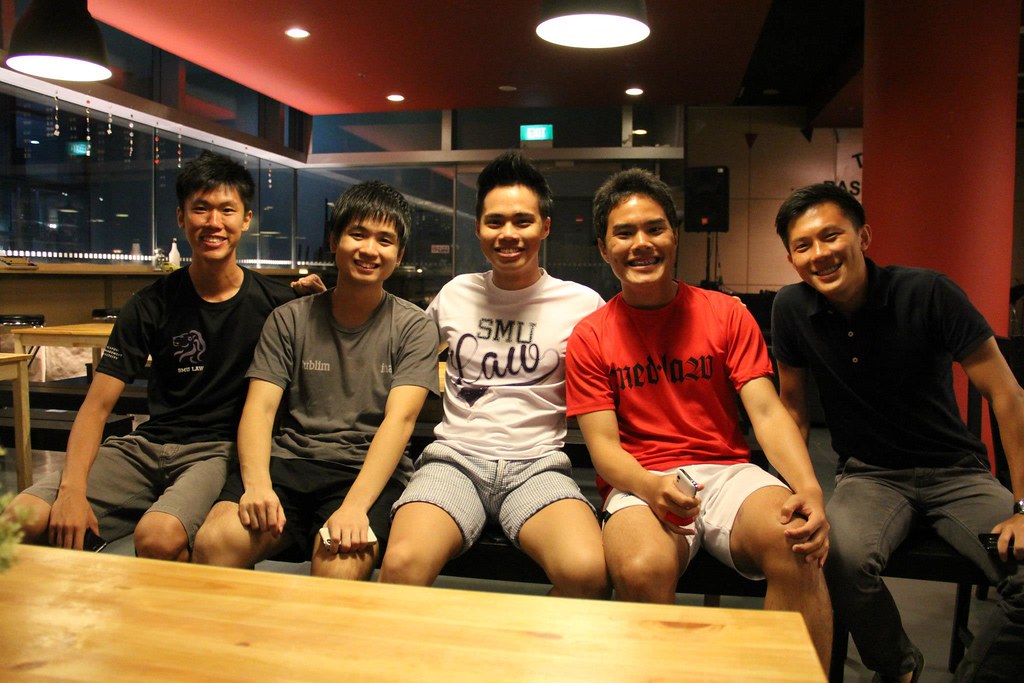 The Closing Ceremony for the Law Fraternity Games 2013 was held at The Basement, at- you guessed it- the basement of SMU’s School of Information Systems. It was an intimate affair, as boy bands (from Eddy’s playlist) crooned over the sound system, while a small number of those involved in this year’s Games gathered. It was heartening, however, to see representatives from SMU Law, NUS Law, and Law Society all turn up for the event, despite the fact that it was a Sunday evening.

The prize presentation ceremony went by quickly, with a short speech by Law Society’s Head of Sports, Ms Laura Liew, followed by the presentation of the trophy to Law Society, who won first place in a vast majority of their events. NUS Law came close on many of those events, though, leaving me thinking: perhaps next year will be our year, huh? There is one thing that I have no doubt about, however, and that is Law Fraternity Games 2014 will be bigger and better.