On a day of world-class sporting action, with the All Blacks playing the French in the Rugby World Cup Final, followed by the highlight of the Barclays Premier League weekend, Arsenal v Stoke City, there was another, yet more important event taking place at SMU.

It was the Captain’s Ball tournament featuring 4 teams from NUS Law School, and 4 teams from SMU Law. Catherine Lim (Year 2) took up the monumental task of leading the 4 teams to SMU for this tournament, and was definitely hoping for a day of friendly fun. Captain’s Ball is usually a friendly sport played in a semi-competitive spirit, but that was certainly not the order of the day once the first game got off to a start.

Owing to a bit of uncertainty over the rules, and also some inconsistent officiating, players from both sides were not entirely clear over what was allowed in the game. This led to some rough play which contributed to the simmering tension in some of the games.

Tension aside, it looked as if most of us were having fun, and after each team had played their three group-stage games, it was down to a final game between SMU and NUS, where both captains sent the two teams that had performed the best from their school to compete against each other.

The final was not without incident. In an earlier game, there had already been a bit of a confrontation when Hirono Eddy (Year 3) was a recipient of a stray elbow and was consistently manhandled (perhaps evidence of his obvious charm, such that even his opponents want a piece of him). The tension built up from the earlier games threatened to spill over in the final, when this time, Monique Koh (Year 2) was blatantly grabbed by a girl from the opposition team, and a bit of verbals ensued. The watching crowd shouted “Fight! Fight! FIGHT!” in jest, which perhaps, ironically, helped to relieve the tension a little.

More on the game though. It was a see-saw battle between both sides, and the lead exchanged hands several times. Unfortunately, it was SMU that triumphed 9-7 in the end, despite us holding a lead with 3 minutes to go.

A notable incident after the tournament which provided a good laugh involved Lee Seekiat (Year 2) and our very own Sports Sec, Ng Boon Gan (Year 2). When trying to jump up onto a ledge, Boon Gan stumbled a little, leading Law School’s very own chai-meister, Seekiat, to remark “Haha Boon Gan, watch me!”. He then proceeded to show Boon Gan exactly how it’s done. Or at least that’s what the script sounded like in Seekiat’s head. What happened in reality was that he tripped on the ledge, and his glasses dropped off, causing quite a spectacle (hurhur).

All in all, it was a very interesting day and I think we all hope to beat SMU next year! 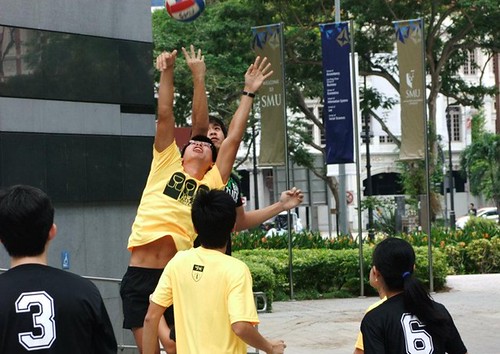 Sports Sec Boongan making the best block of the year 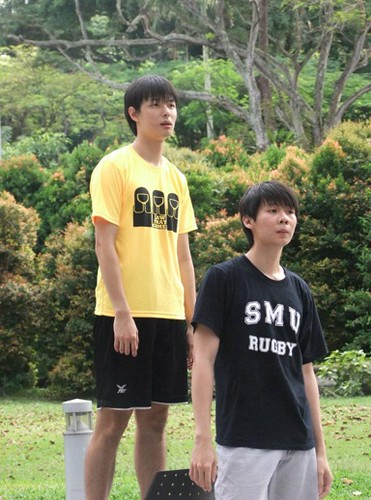 Angus and his SMU doppelganger 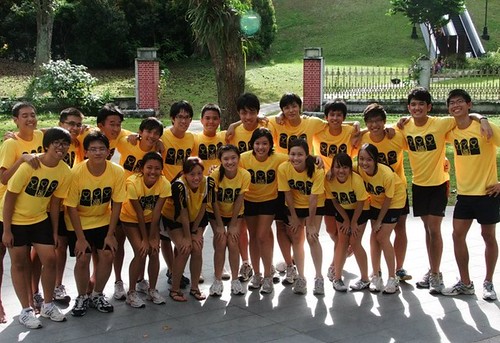 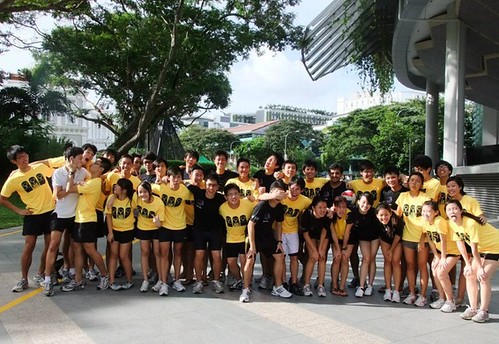 
Chronicles of the Supernatural