As the rain clouds began to clear, the teams stepped onto the volleyball court at the Sports & Recreation Centre at Kent Ridge Campus. While the drizzle continued to create circles of ripples on the court, the slight pitter patter did nothing to dampen the spirits. 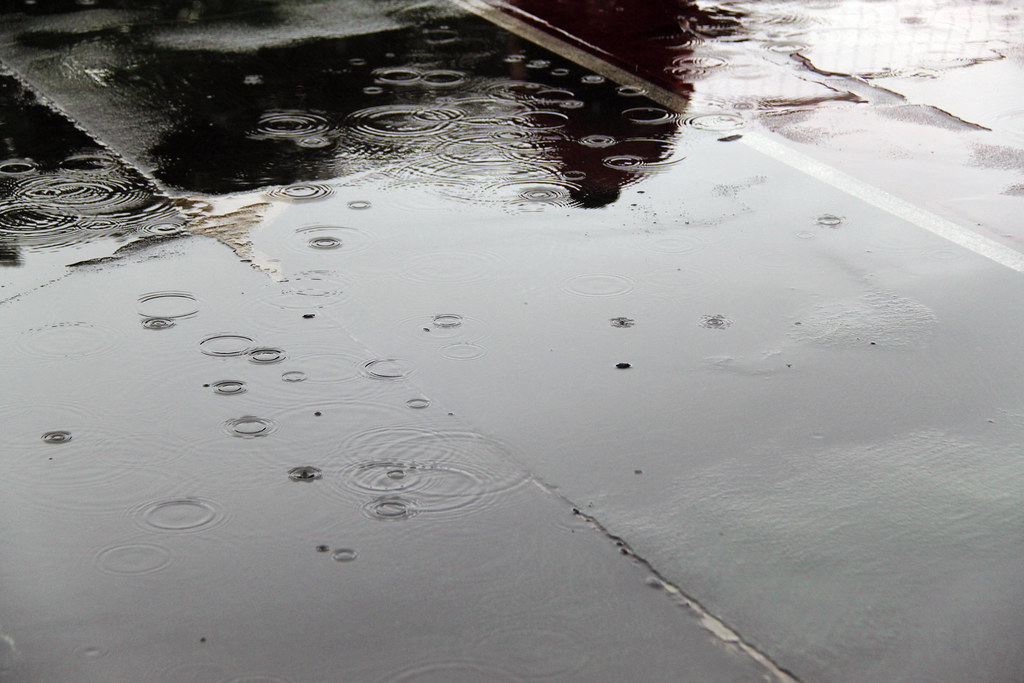 Team Law consists of Captain Joey Lim (Year 2), Shawn Joo (Year 2), Kelvin Toh (Year 3), Kong Xie Shern (Year 1), Sarah Sim (Year 4) and Selina Toh (Part A). There is an easy camaraderie amongst the teammates as they share laughs in between keeping the ball off their side of the court. 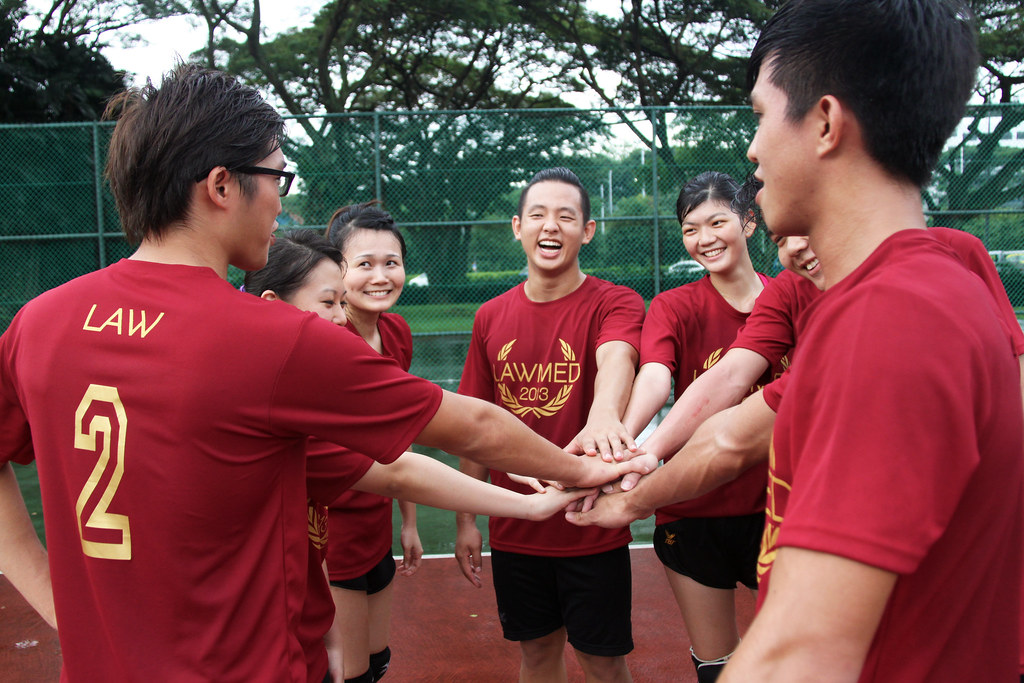 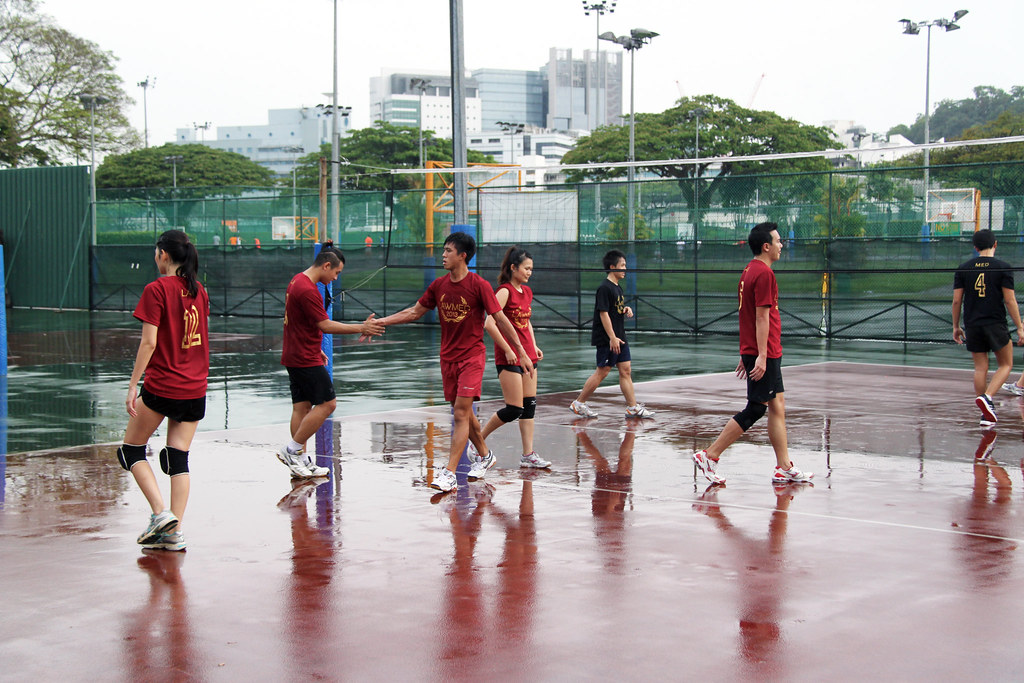 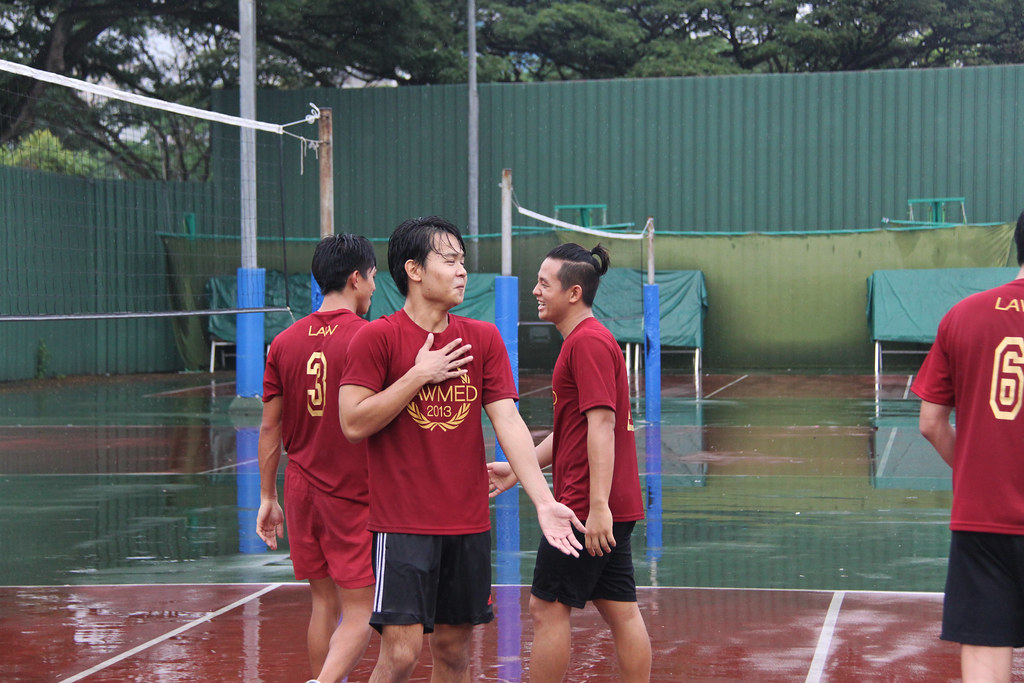 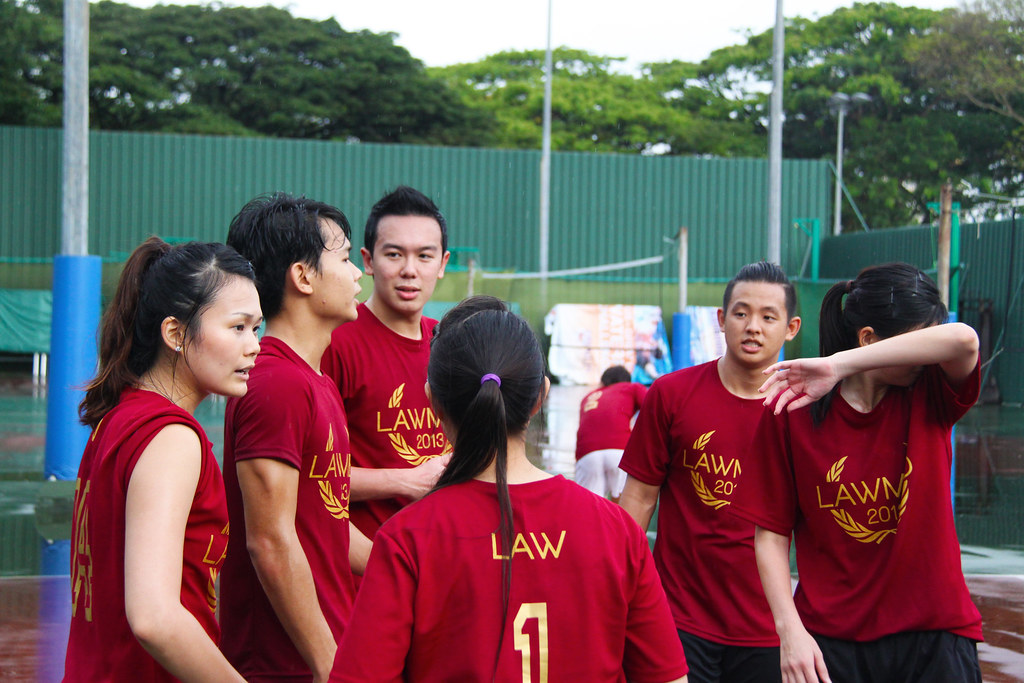 It was a close match. The most exciting set has to be the second set, where Team Law clawed their way from a 5 point set-back to win the set with a 7 point lead — the greatest point difference amongst the three sets. 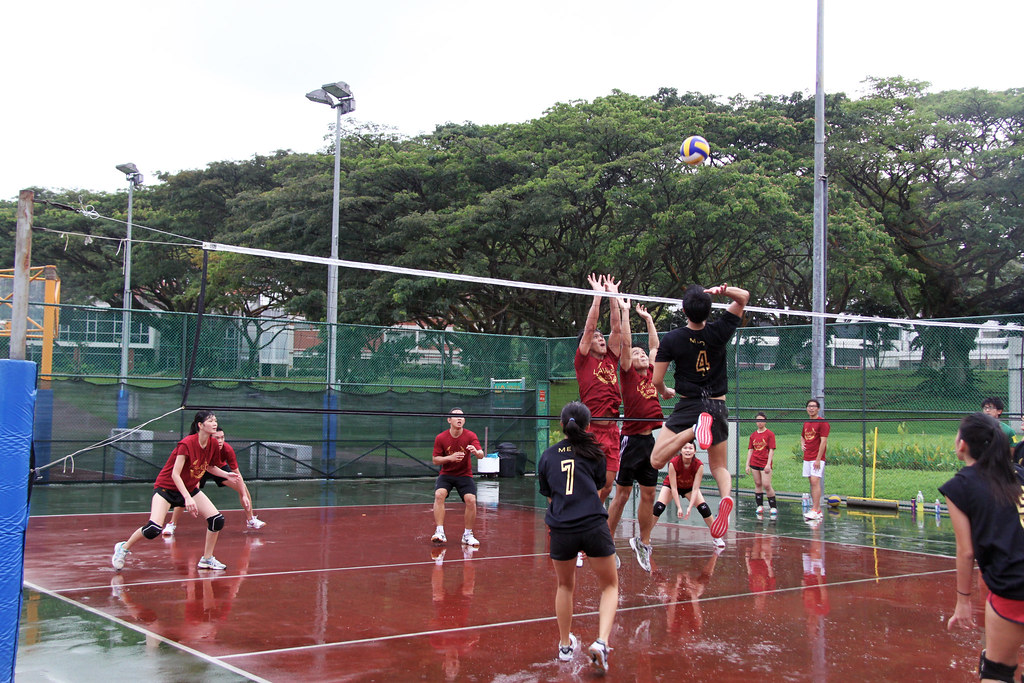 On display from both teams were agile moves, quick reflexes and, of course, very high jumping — which left this writer feeling a little short. Team Captain, Joey Lim (Year 2) kept himself busy deflecting high balls and diving (into the pools of rainwater) for the low balls. 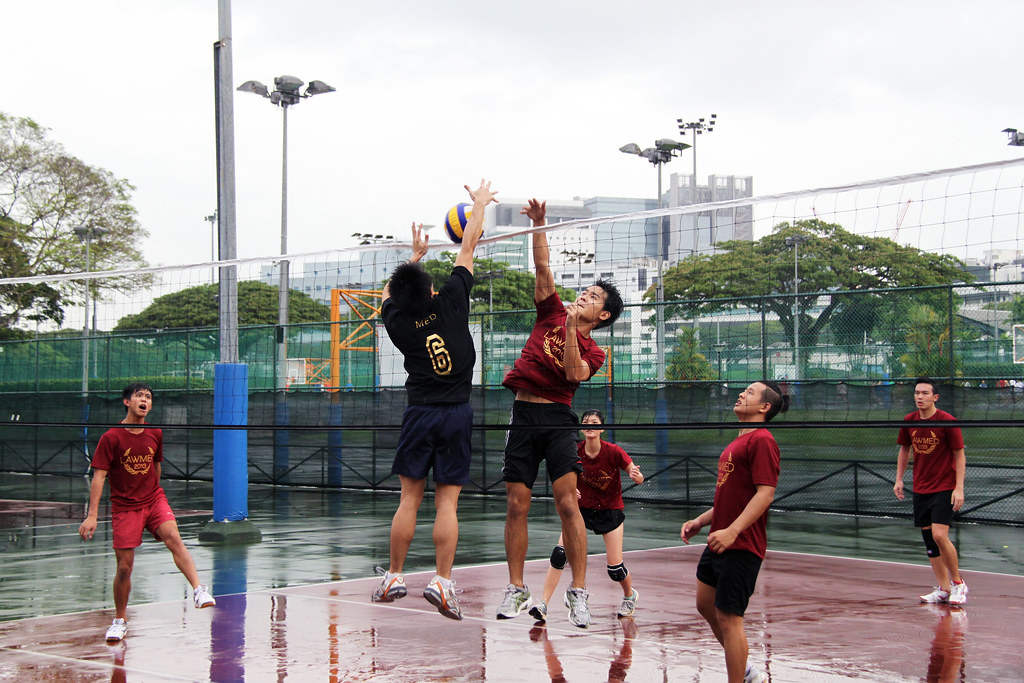 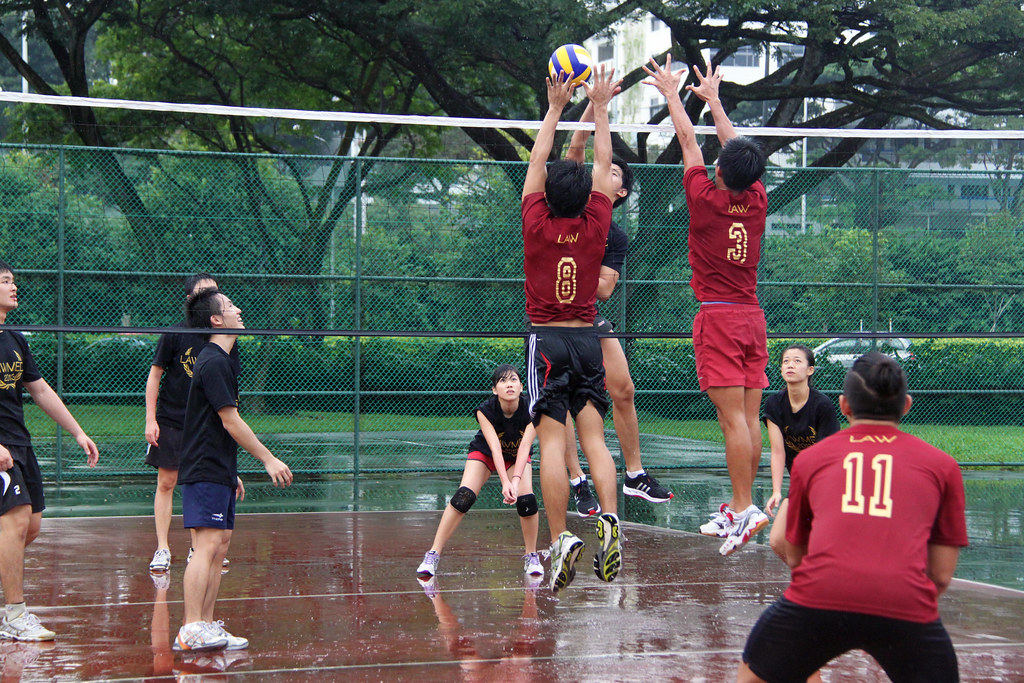 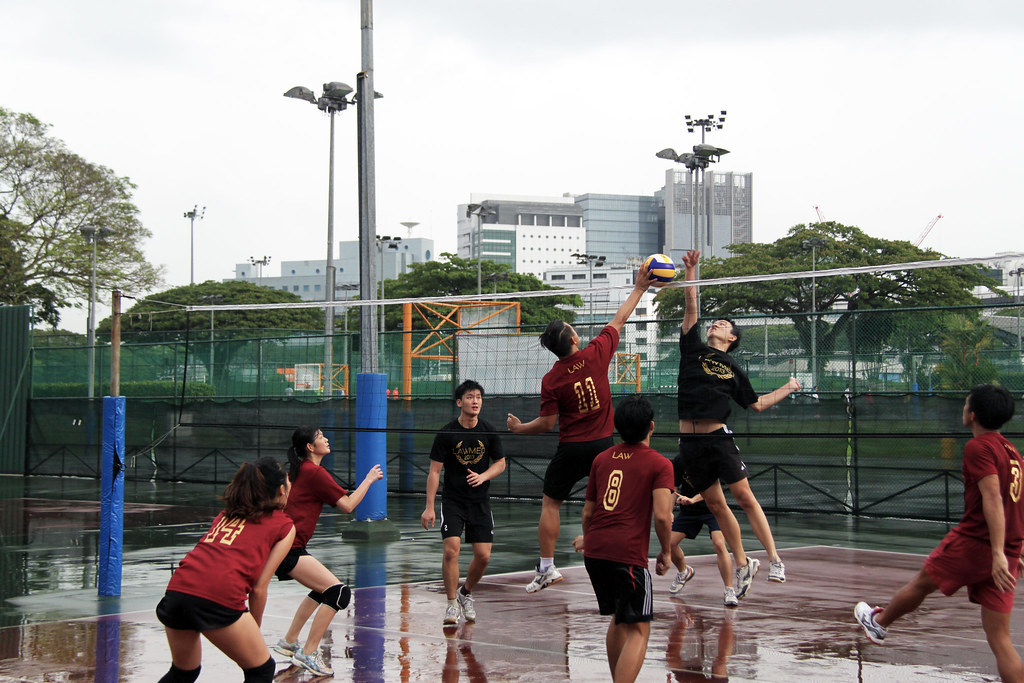 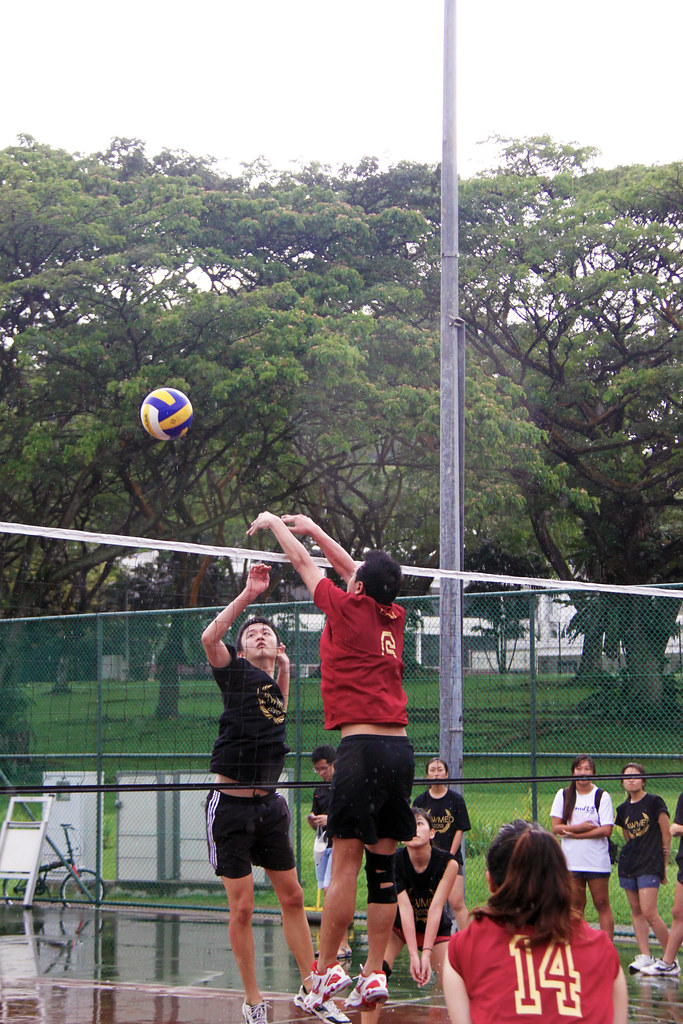 Kelvin Toh (Year 3) gave what was perhaps the most memorable serve of the game — the ball flew in an elegant arc, and very delicately caressed the top of the net, before gently falling onto the opposing court. 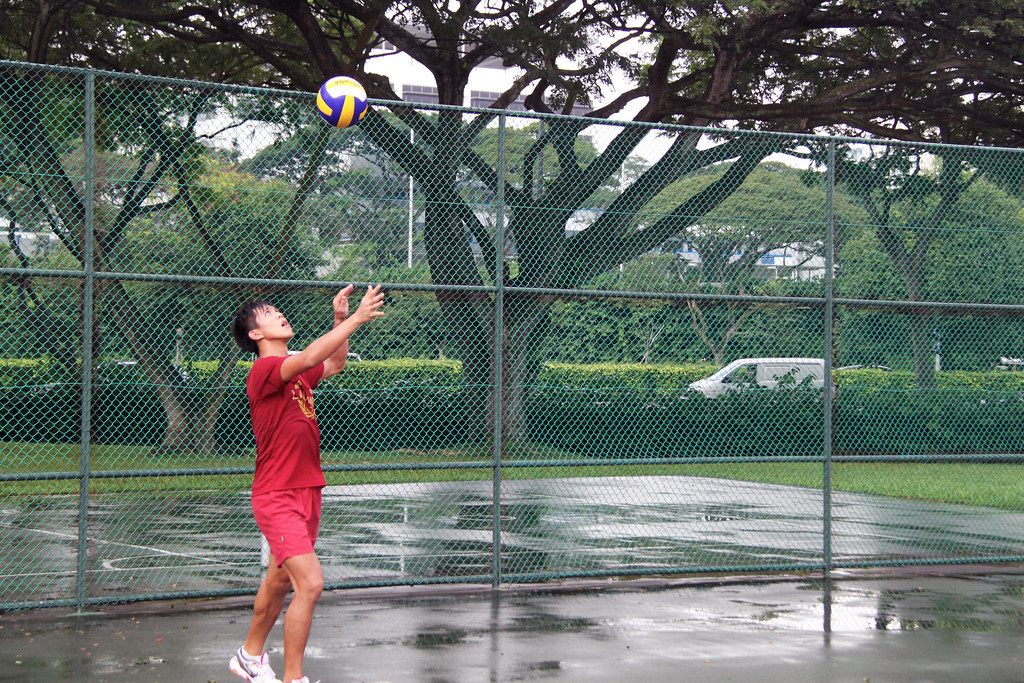 Kudos is also due to Tay Hao Ran (Year 3) for diligently rolling puddles away and keeping our players safe from splashes and falls. Together with Natalie Yap (Year 3), they were an important source of encouragement and, according to the captain, boosted the team’s morale. 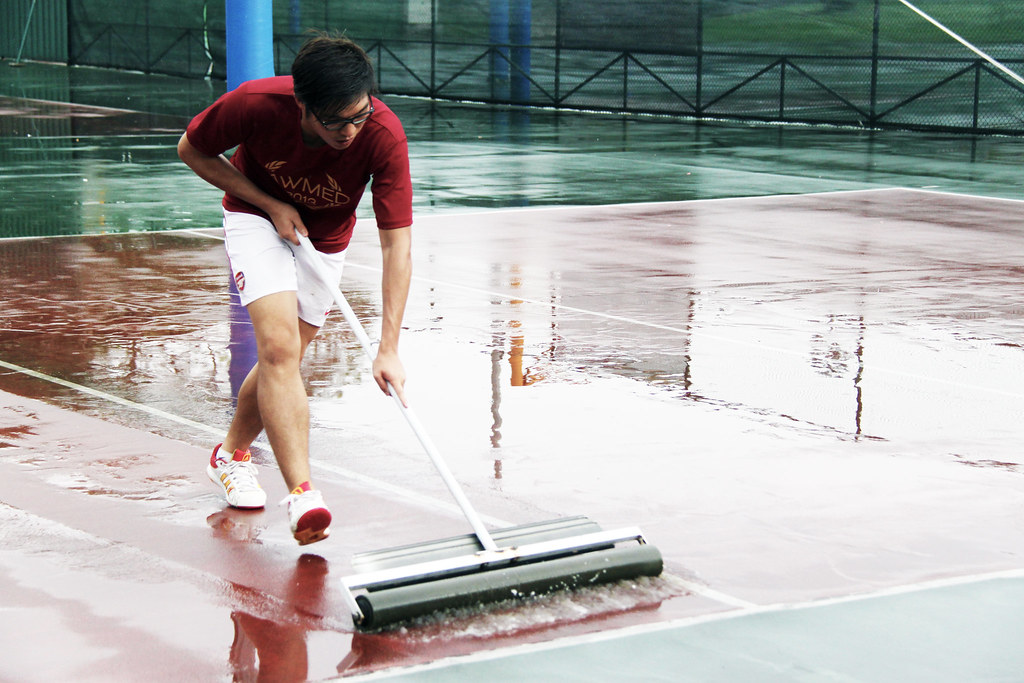 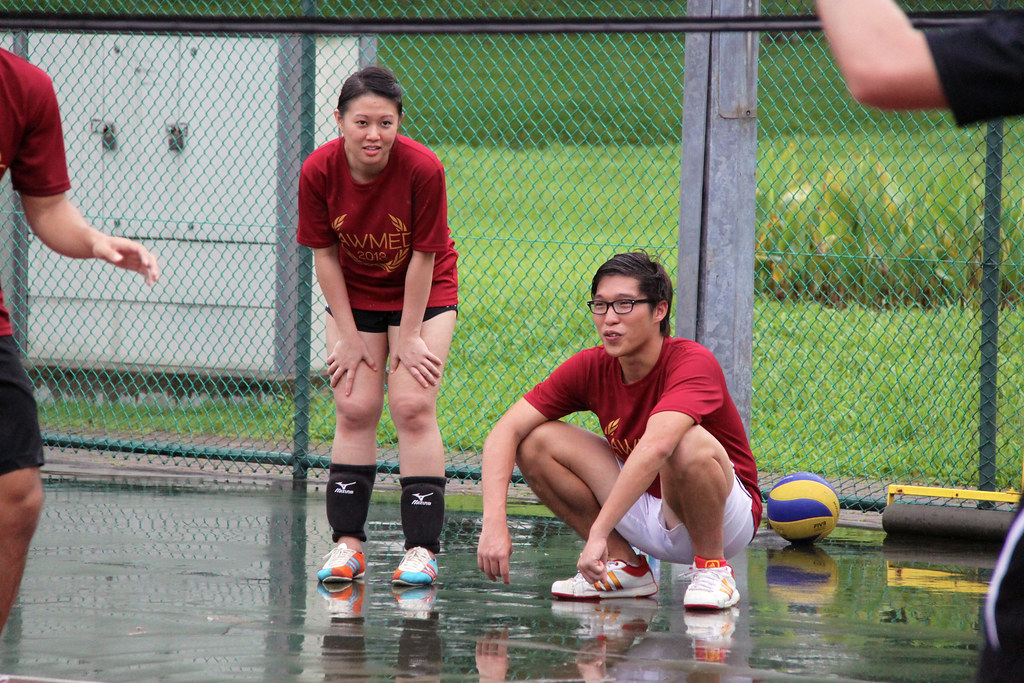 The atmosphere at the game was largely amicable but this is no surprise as many of the team members across the teams have been friends for a long time. 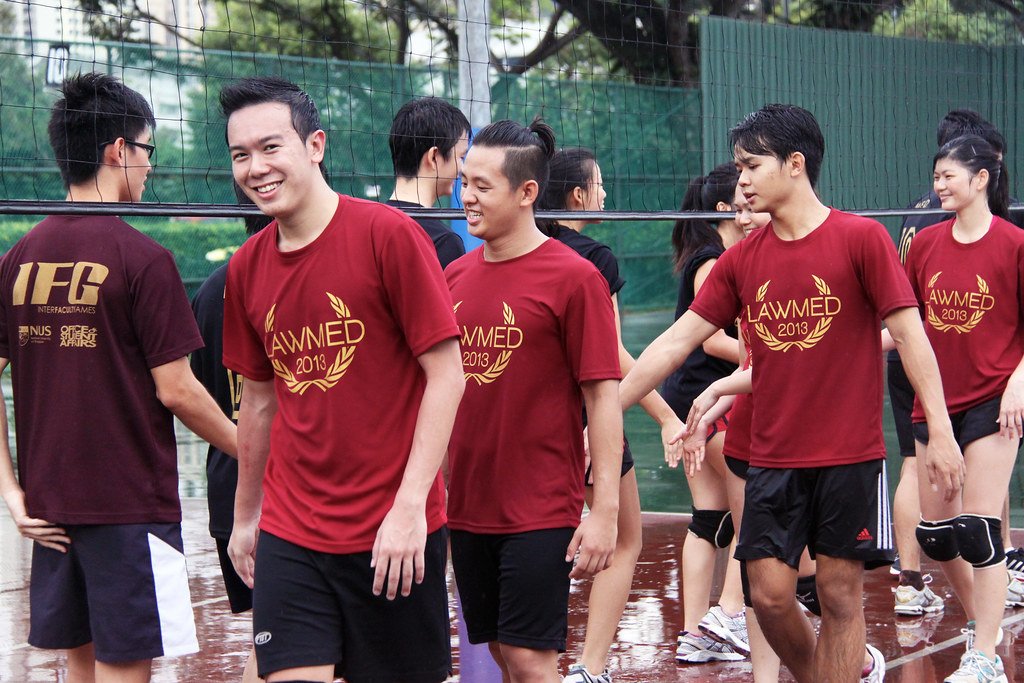 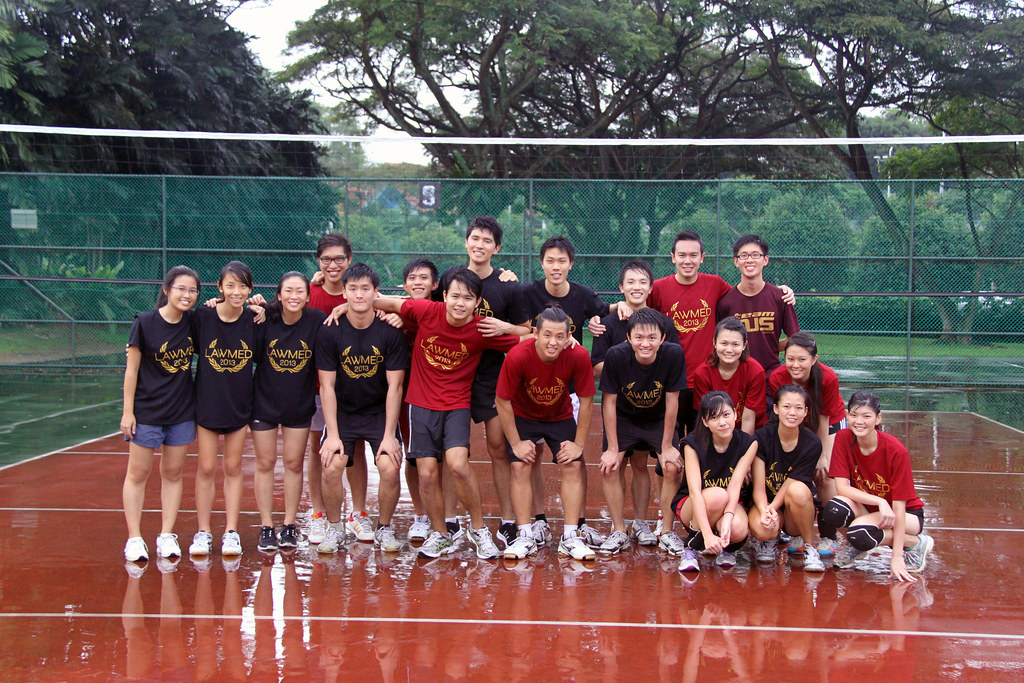 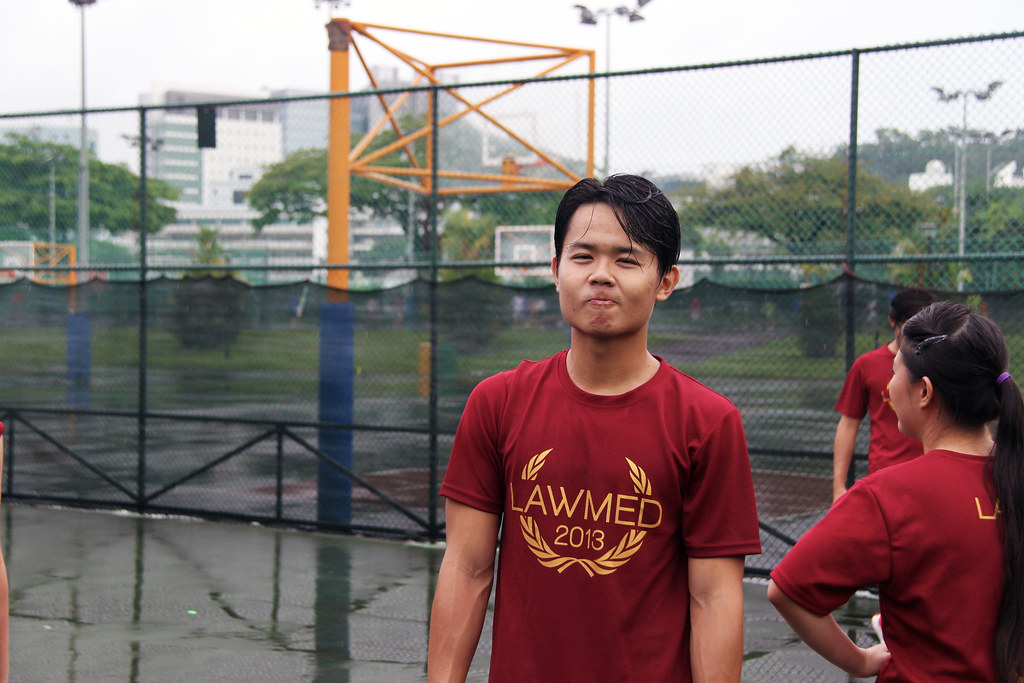 
Three Things to Note about the NUS Law Careers Fair 2013