The Mallal Moots Finals 2013 began at 6.30pm on the 3rd of October. Individuals present ranged from 1st to 3rd year Law students, coming down to show their support for their peers and listen in on the arguments the participants had prepared.

The appellants argued in favor of a tort of harassment, supporting their stand with cases such as Malcolmson v Mehta. The respondents on the other hand argued on the basis that although they have the power to, the court should not create the tort of harassment.

Perhaps the highlights of the moots were the exchanges between the judges and the participants, which could put any dialogue on a local television show (which shall remain nameless) to shame.

Throughout the moots, the participants maintained their composure and were able to think on their feet, not letting even their running out of time affect their eloquent delivery. Indeed the extension of time was welcomed by the judges to allow counsels to develop their arguments further.

After several rounds of presenting, debating, and rebutting, Hairul Hakkim was announced as the Champion, followed by Douglas Wong as 1st Runner-up and Tan Jun Hong and Annette Liu tying for 2nd Runner-up.

Before announcing the results, Senior District Judge Leslie Chew dispelled some words of wisdom for the participants, commenting on the importance of focusing on the problem and the internal consistency of the arguments. He also remarked, “I’m not sure I would be that courageous in front of the Court of Appeal,” and praised the participants for their speeches and well-written briefs.

On the whole, a recommended experience and an entertaining night. 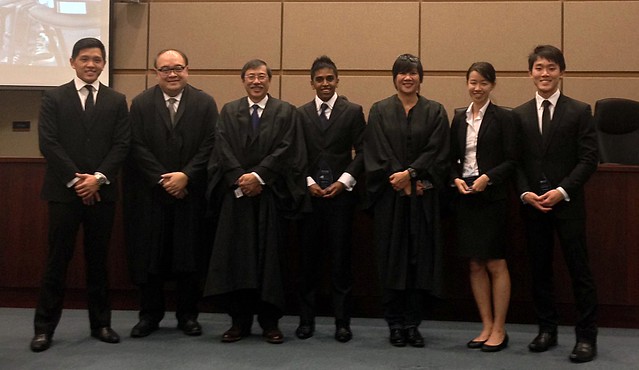 The Mallal Moots 2013 was proudly sponsored by Allen and Glenhill LLP.