When you think of a lawyer, what comes to mind? The classy high-flying lawyer in an immaculate thousand-dollar suit with a briefcase containing a multi-million dollar contract? (Think Harvey Specter in Suits. If you haven’t watched it, put the laptop down and do so immediately. I’ll wait.)

Contrary to popular belief, being a lawyer is not all work and no play. It makes Jack a dull boy anyway. Sophie Khoo (’06) and Luke Kwek (’06) are both alumnus from NUS law school and participate in plays on a regular basis. Called to the bar in 2006, Sophie is a lawyer with a big firm whilst Luke works as an in-house counsel.

Both of them have extensive experience with plays from their time in university – Luke wrote and directed a Law IV Musical (Roses & Hello) while Sophie acted in it. Luke even took a gap year after graduation to pursue his passion in acting. 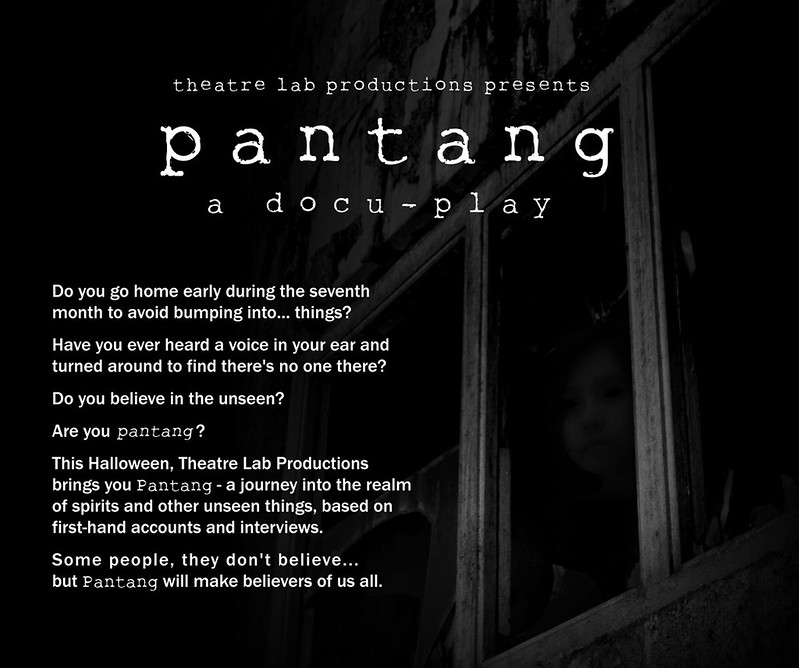 Pantang is an original idea conceived by both Sophie and Luke. In their own words: “With Halloween coming up, we wanted something that would suit the mood. Furthermore, such a play has never been put up before.”

Pantang is a docu-play about the supernatural world in Singapore. It is a docu-play because every single one of the stories featured in Pantang was recounted to them by a person who had experienced it first hand. In writing the play, Sophie and Luke did extensive research, talking to those who had serious encounters with the world beyond.

In one of the stories, a family discovers a mysterious black spot on the wall of their home. Repeated attempts by the mother to scrub away the spot fail, and it kept growing larger with each passing day. Screams and other weird noises could be heard emnating from this spot. Eventually, the parents confront the spot directly, where a demonic voice bellows at them to get out. The father however, stands his ground, and shouts back.

Their victory was short-lived, for that very night their son developed a fever. He died within a few hours of arrival at the hospital. 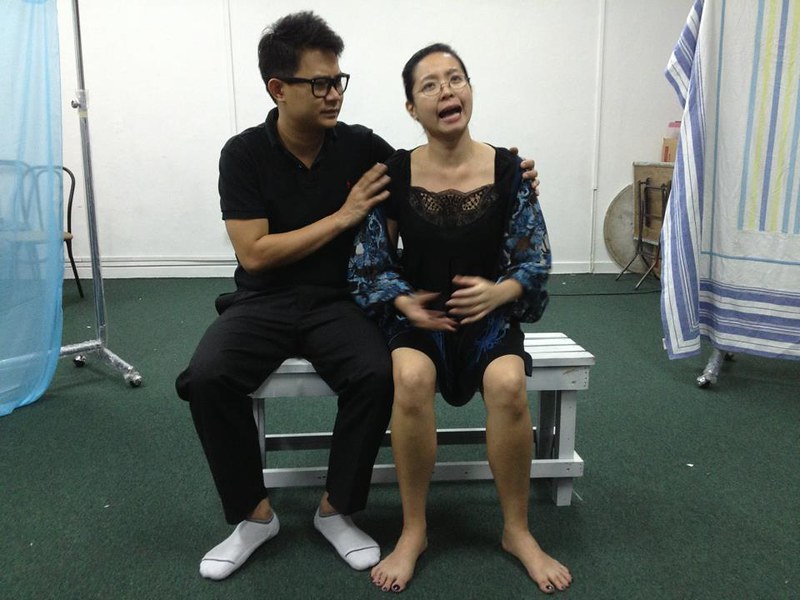 The actors rehearsing that particular story.

All of these stories are uniquely Singaporean – no long-haired Japanese girls crawling out of the television set here. Each of this story is told in a slightly different way. Some stories are merely narrated by the actors, whilst in others the chilling scene is acted out to the tiniest detail.

Because there are many different stories within the play, each actor has to play multiple roles, a feat which Sophie admits is challenging.

So were there any stories which unsettled them personally?

Luke : “You’d be surprised, it’s not actually the elaborate complicated ghost story which is scary. It’s the simple, ordinary sort. Something like.. I was in the kitchen and out of the corner of my eye I saw a child run past. It’s scary because it could happen to you personally at any time.”

Sophie: “While doing research for this play, we talked to those with the ability to ‘see’. We talked to all of these individuals personally, yet their descriptions of spirits were creepily consistent. According to them, spirits are indistinguishable from us at a distance. As you get closer, one notices that they are somewhat translucent and float a few centimetres off the ground.”

“Another aspect that was consistent was the behaviour of these spirits. Apparently, the mere telling of ghost stories attracts spirits. They like to hear about our depiction of them. The more stories you tell, the more of them gather around you, unseen.”

Luke : “I wrote most of the script. During the creative process, I would write until 3am, get goosebumps, and just turn off my laptop. I never went beyond 3am.” 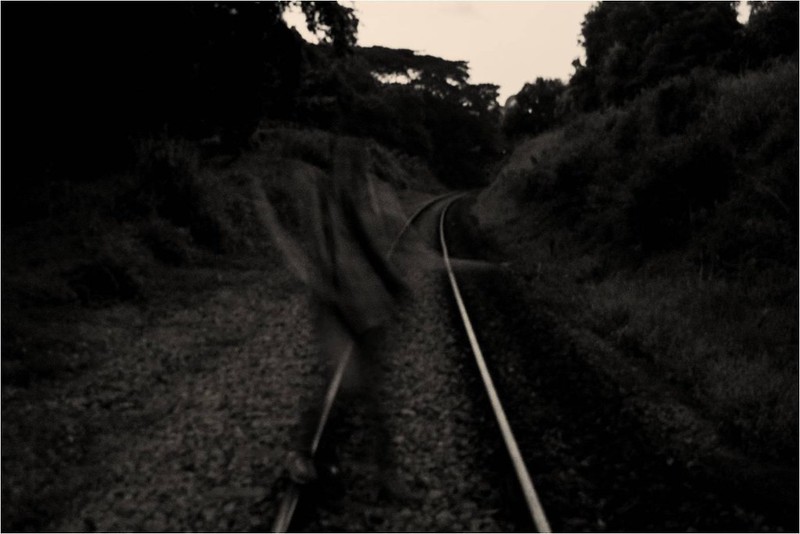 By the way, the NUS Bukit Timah Campus is supposedly haunted by Japanese soldiers and a headless female ghost at the upper Quad. And a mother and child duo too.

For those studying late in school, are you pantang?

Pantang ran from the 26th to the 28th of October at the Goodman Arts Centre Blackbox.