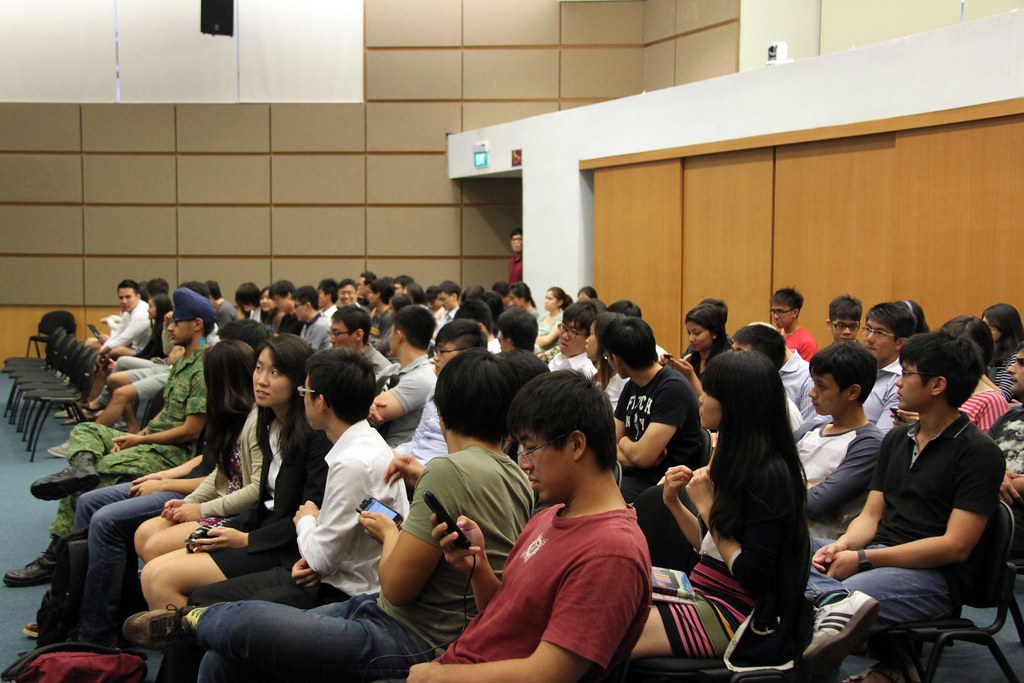 I almost could not find a seat when I entered the moot court. That made me really excited. After pulling a random chair from the side of the moot court, I sat down and waited for the bench to make their arrival. In fact, I took up this assignment in part to see the bench in action. The bench comprised of Mr. Hri Kumar SC from Drew & Napier LLC, our former Chief Justice Mr. Chan Sek Keong SC, and Professor Jeffrey Pinsler SC. 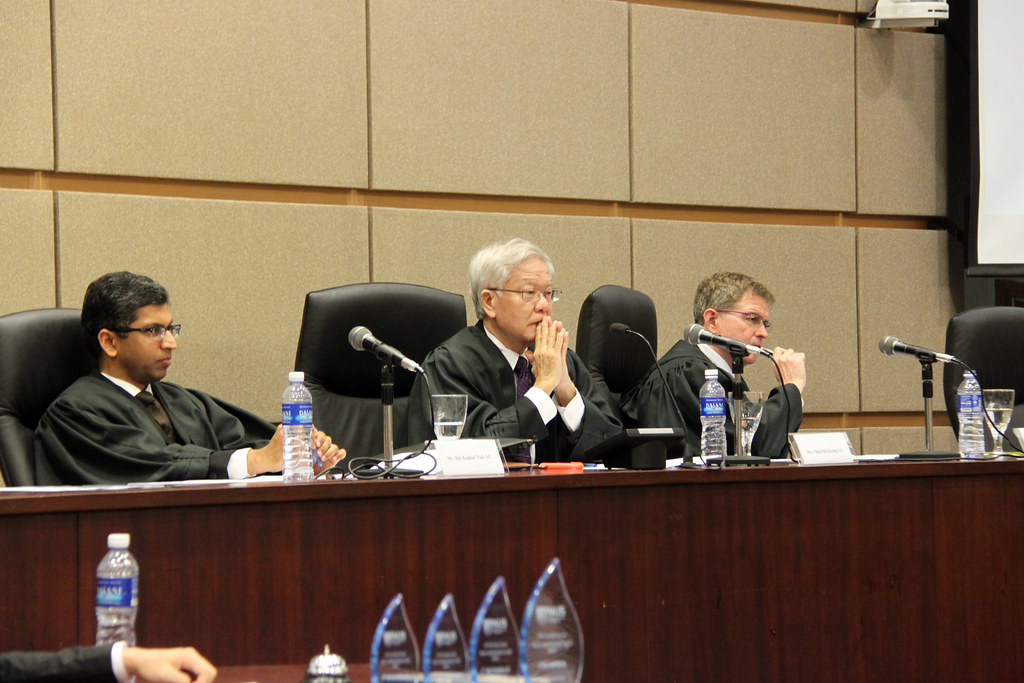 I was also there to watch the finalists–Anil Shergill, Darren Tay, Tay Jingxi and Nicholas Liu Sheng. This interesting mix of finalists promised two good battles of wit and skill. 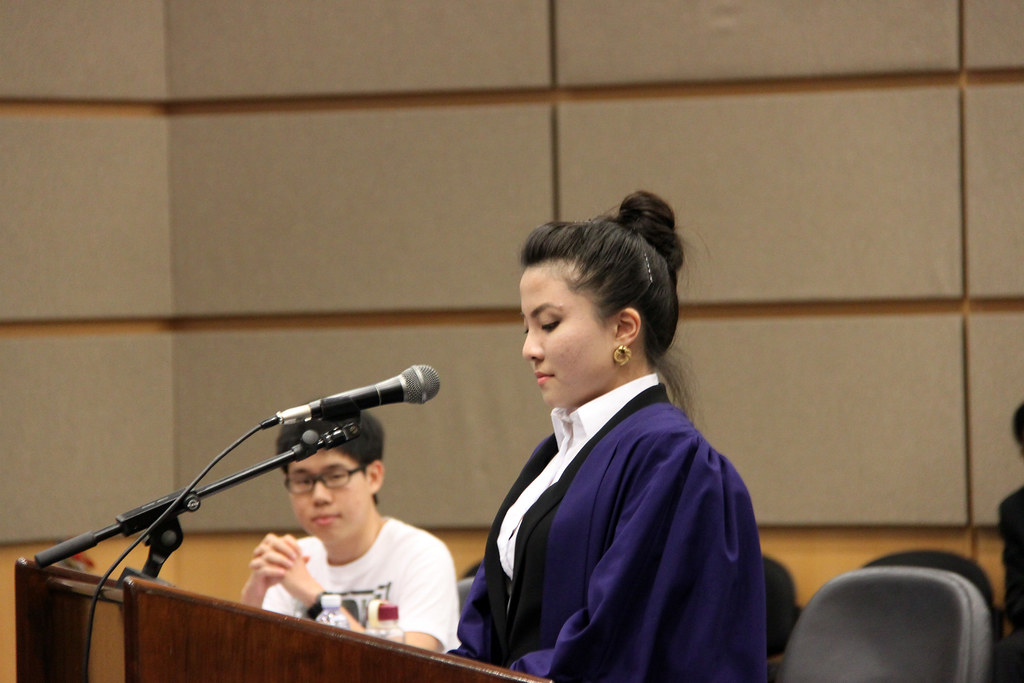 Tay Jingxi readies herself, while her witness, David Koh, looks on in the background.

Solely to illustrate how interesting the finalists were, Tay Jingxi was the witness for David Koh in last year’s Advocacy Cup where the duo emerged victorious. This year, David was Jingxi’s witness. Could the winning pair do it again? I could not have been the only one pondering that question. 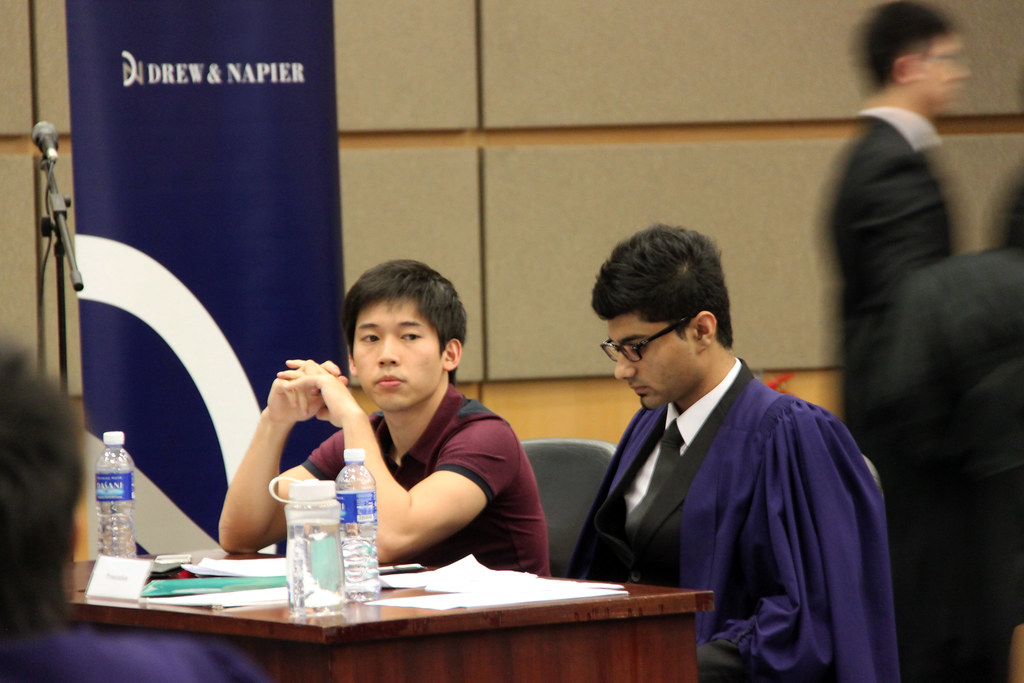 Anil Shergill (right) taking a moment to collect his thoughts before the moot, with his witness, Chan Hiok Chiou beside him. 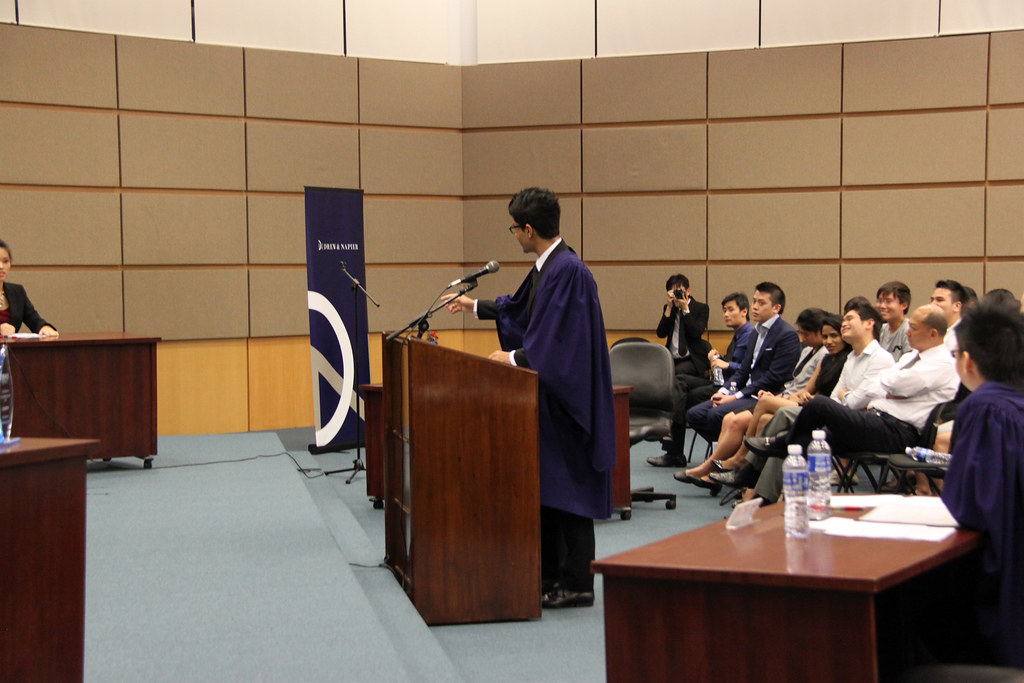 Anil Shergill putting his point to the witness in cross-examination.

The first trial saw Anil face off against Darren. It was an action-packed contest. Anil displayed much flair and charm and very nearly persuaded me that Chan Hiok Chiou, the Law King of my batch, was actually a petite lady living in a house with glass wardrobes. 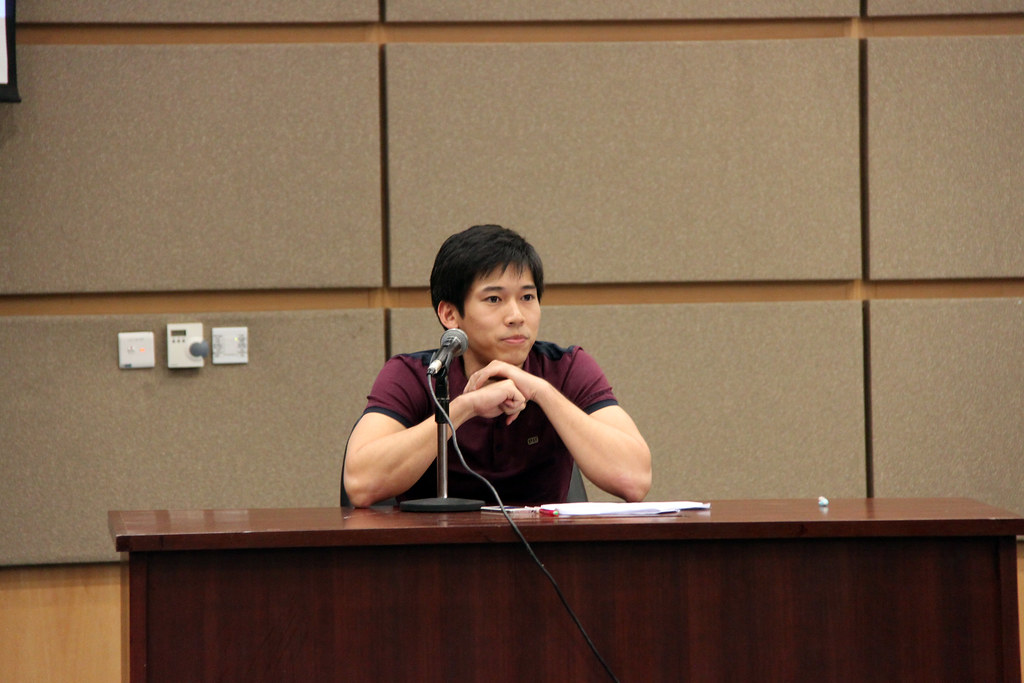 Darren made full use of his speaking skills, with clear and distinct tones ranging from incredulity to empathy. If we ever needed a demonstration trial to get people hooked on trial advocacy, forget that poor imitation of David Marshall on Channel 5; I would definitely recommend an Anil-Darren contest. 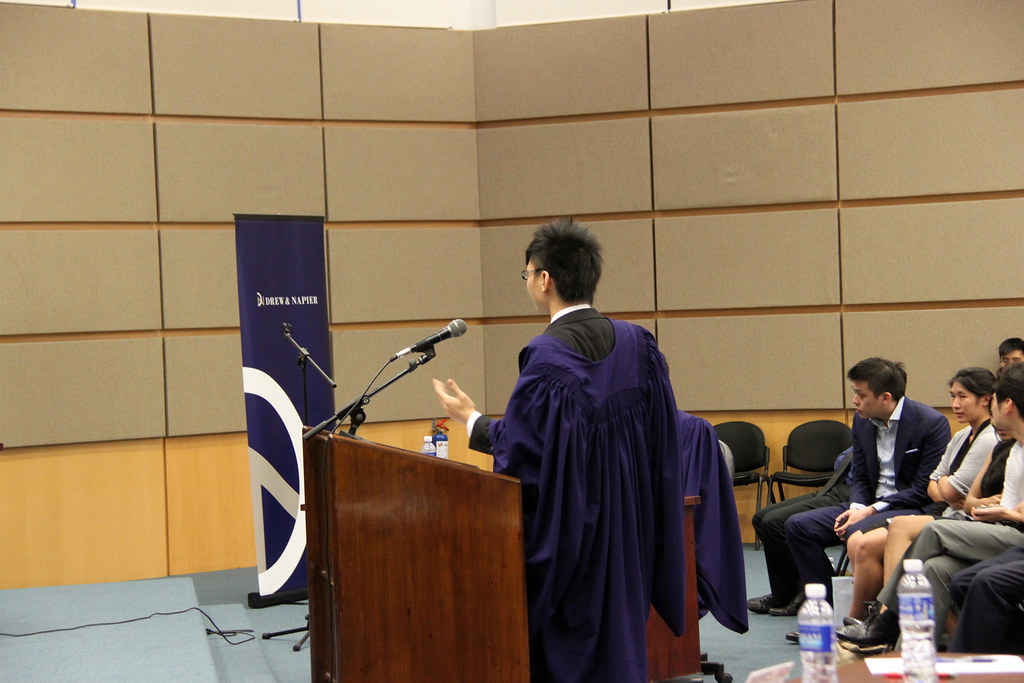 Darren Tay in his cross-examination. 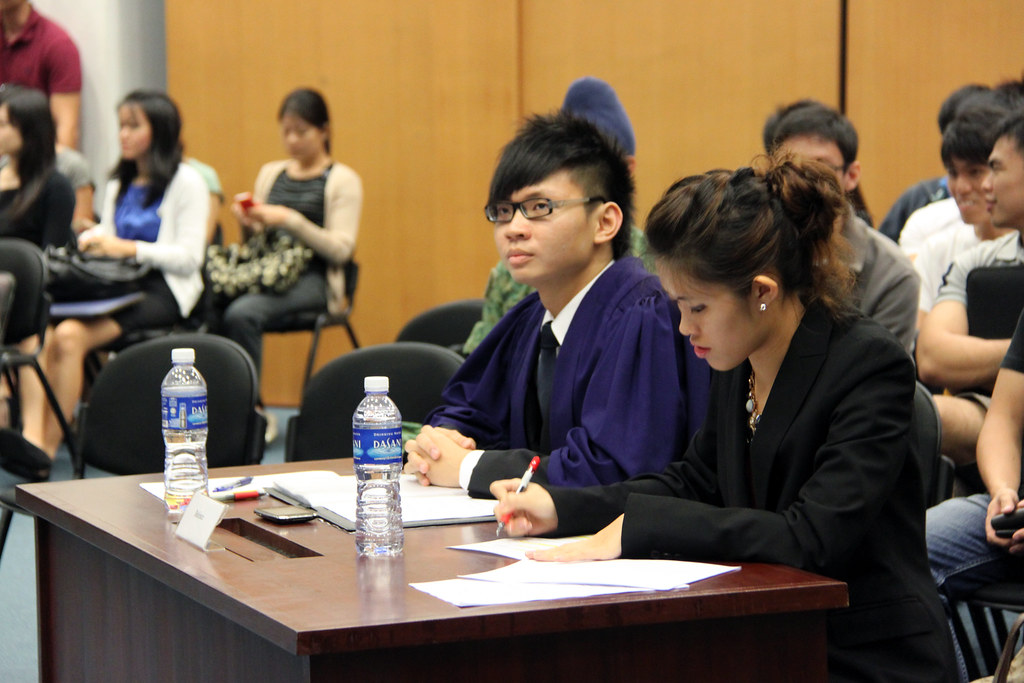 Darren Tay with his witness.

If we ever needed a demonstration trial to remind people of the beauty of trial advocacy, however, it would have to be a Jingxi-Nicholas trial. The second trial was a more reserved affair, yet there was both simplicity and ingenuity in how both counsel presented their case and cross-examined the witnesses. I thought Jingxi’s opening and closing statements were splendid. The case theory was succinctly captured in a one-liner and delivered before anything else. 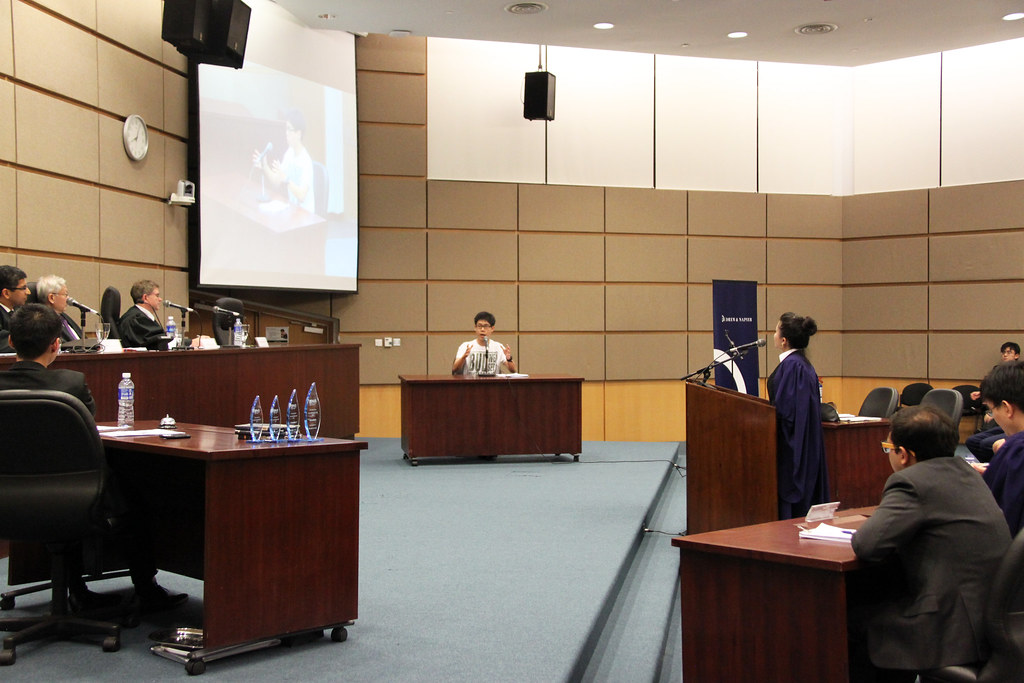 Tay Jingxi in the examination-in-chief of her witness, David Koh. 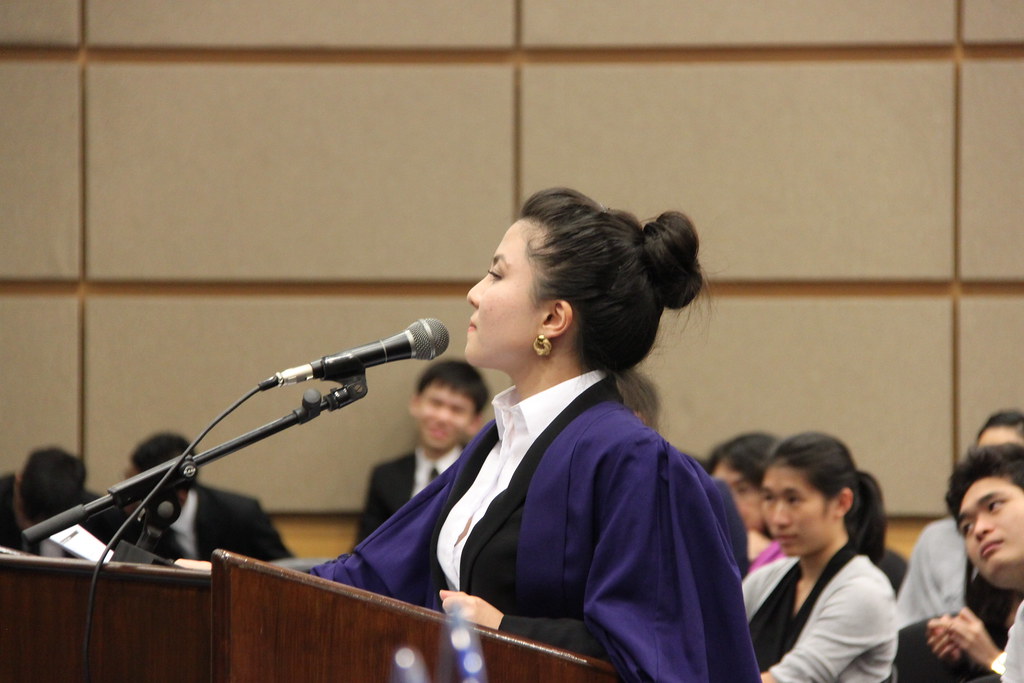 Nicholas’ presentation was measured yet he surprised the court in more ways than one. In fact, despite all the seriousness in his conduct of the trial, Nicholas managed to inject in some humour. 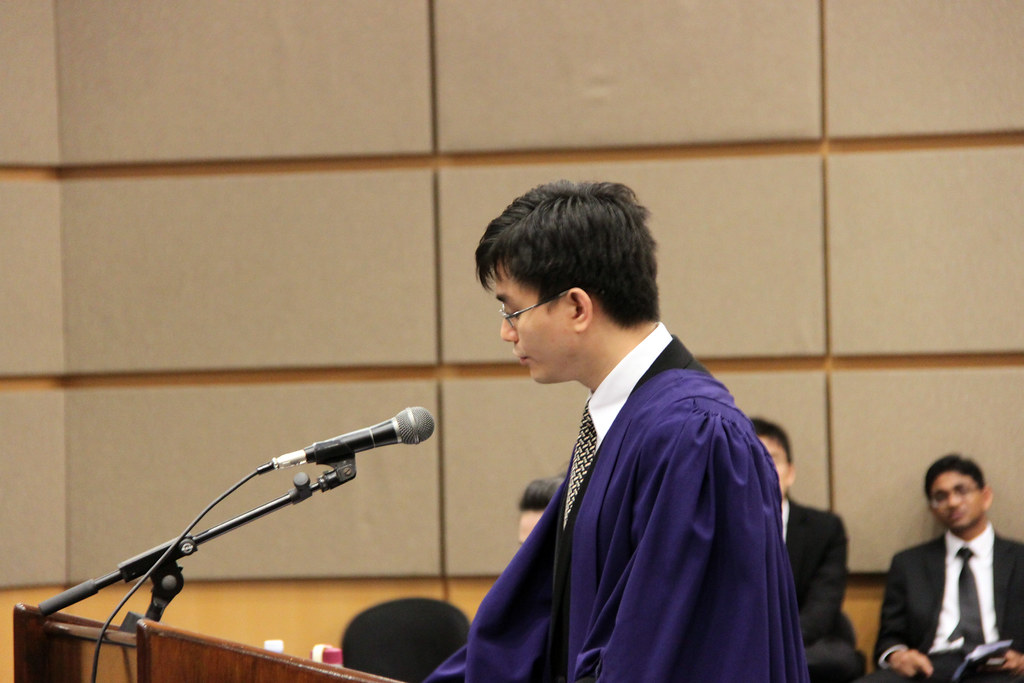 Nicholas Liu making his case before the judges. 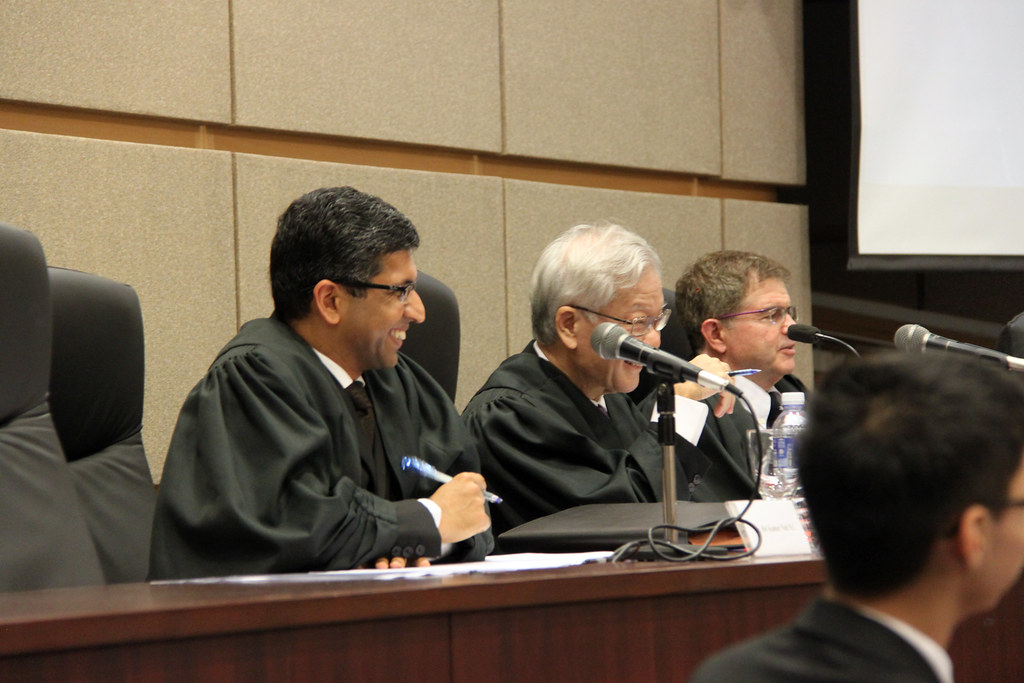 The judges sharing a light moment.

At the end, Mr. Chan SC for the bench gave some comments before delivering the results. This is probably the closest I will ever be to being a Justices’ Law Clerk.

First, Mr. Chan SC observed that in such competitions, there are usually inconsistencies in the written statements and witnesses tend to embellish. The bench would have to take that into account when judging the overall performance of the participants.

Second, a case theory is always useful. Further, Mr. Chan SC commented that not having a case theory might negatively affect the performance of a participant.

Third, Mr. Chan SC noted that there were very few objections. He suggested that counsel could attempt to be more aggressive.

In the bench’s judgment, taking into account the format and limitations of the competition, the participant that made the best effort in trying to prove his case was someone who distinguished himself on two points. Firstly, Nicholas Liu acting as defence counsel argued “no case to answer”. Secondly, he demonstrated confidence in declining re-examination of the defence witness. Furthermore, Nicholas Liu remained “unflappable” when facing the replies of the prosecution witness during cross-examination.

These reasons led the bench to unequivocally declare Nicholas Liu the deserving winner of Advocacy Cup 2013. The unanimous first runner-up was Tay Jingxi and the second runners-up were Anil Shergill and Darren Tay. Congratulations to all the winners! 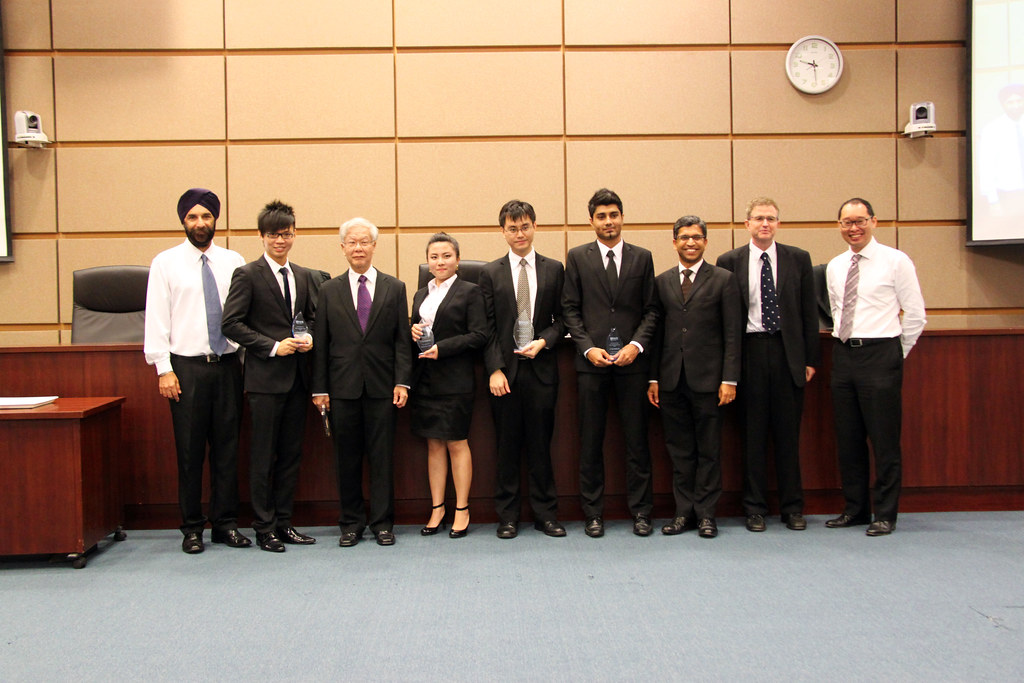