As dusk descended upon the Upper Quad of NUS Bukit Timah Campus, a rowdy carnivalesque atmosphere, not unfamiliar to most Law students, was bubbling beneath the serenity and halcyon of campus. Onlookers watched from the perimeter of the field the ongoing battle for Captain’s Ball supremacy while a battle of wits and nerves raged elsewhere in the Moot Court. Perhaps most important of all was the battle to be first in line for the decadent buffet spread that, to most, was the highlight of the final Law Club Chill Out event of the academic year. 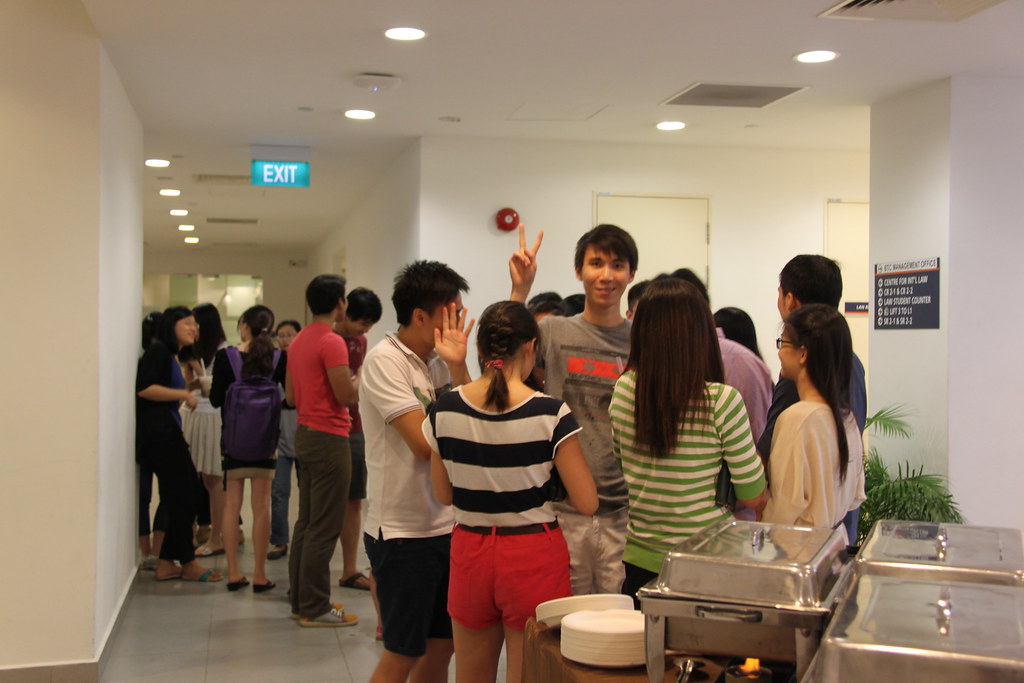 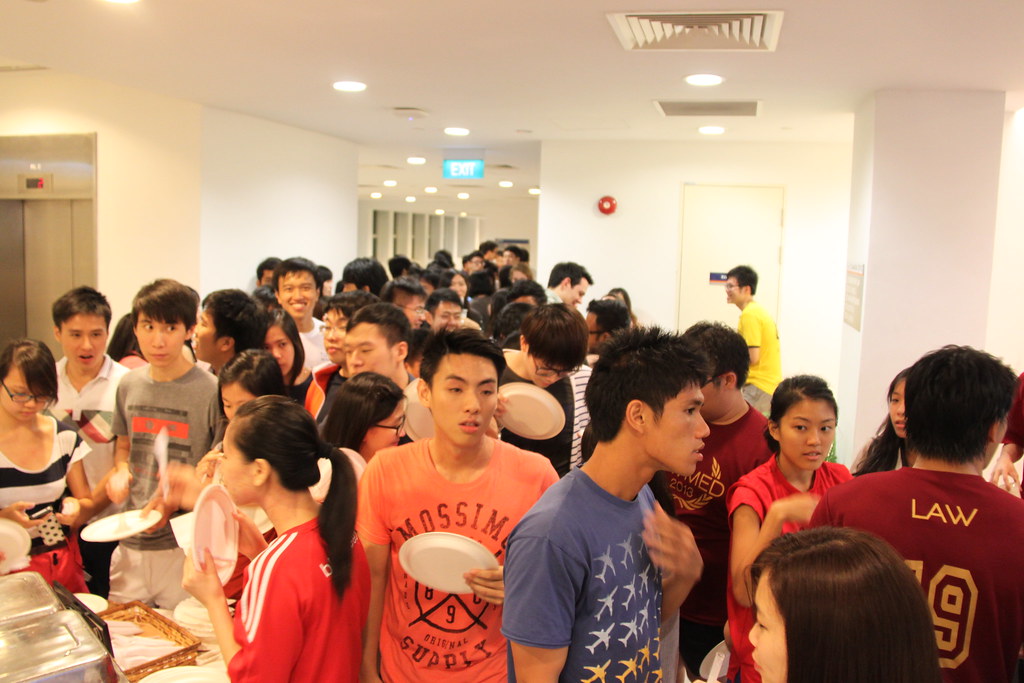 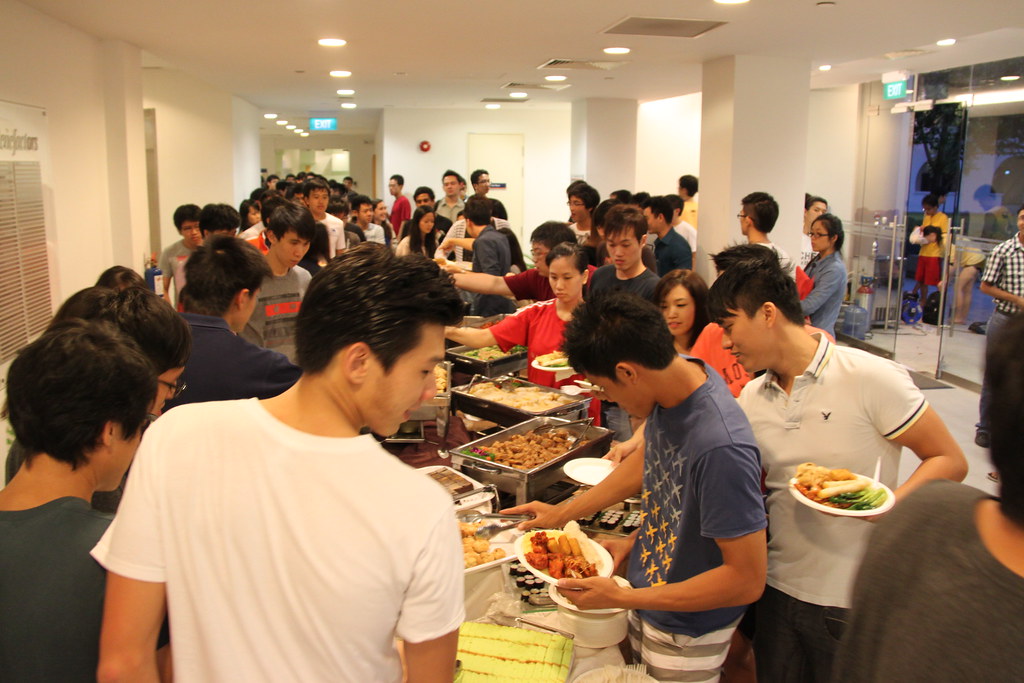 The hungry crowd gathered half an hour even before the buffet officially commenced, upon which they descended upon like a pack of ravenous wolves. The aftermath of the buffet was akin to an antelope carcass, stripped of every har cheong kai (prawn paste chicken), sushi and eclair. Whoever said studying is a sedentary activity has not seen the appetite Law students can build up after a day’s work. 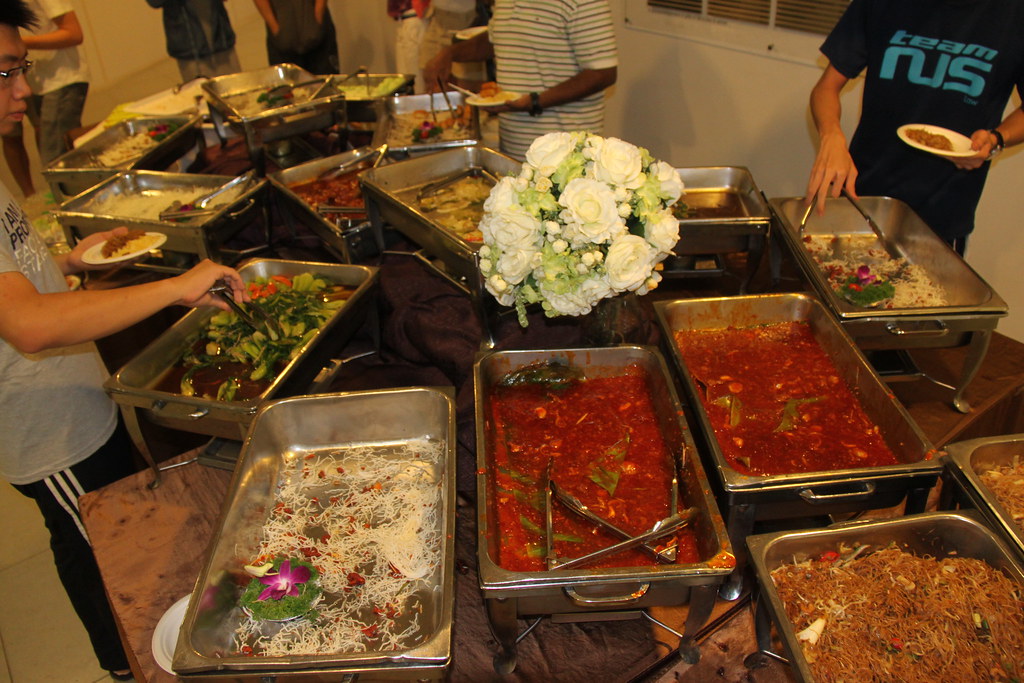 Besides the enormous buffet spread, Koi bubble tea, free flow of Stella Artois beer and a chocolate fondue fountain rounded up the gustatory offerings at AppLAWd. Throughout the evening, students got messy with fat-free marshmallows and ice-cream wafers at the chocolate fondue (possibly double-dipping in the process), and attained a sanguine hue after a good round of Stella Artois. 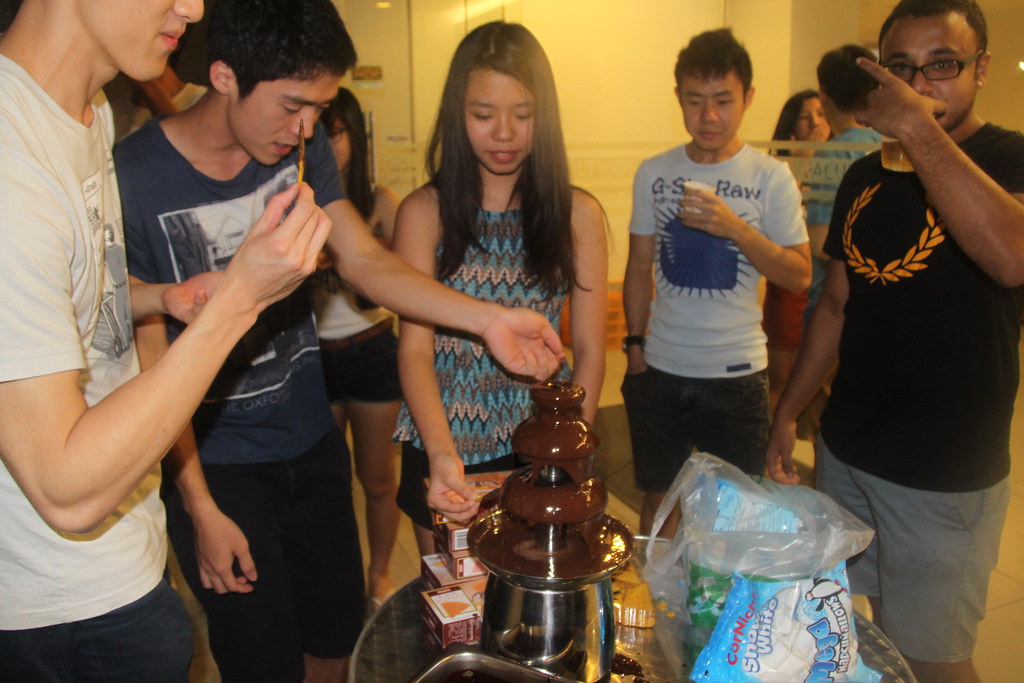 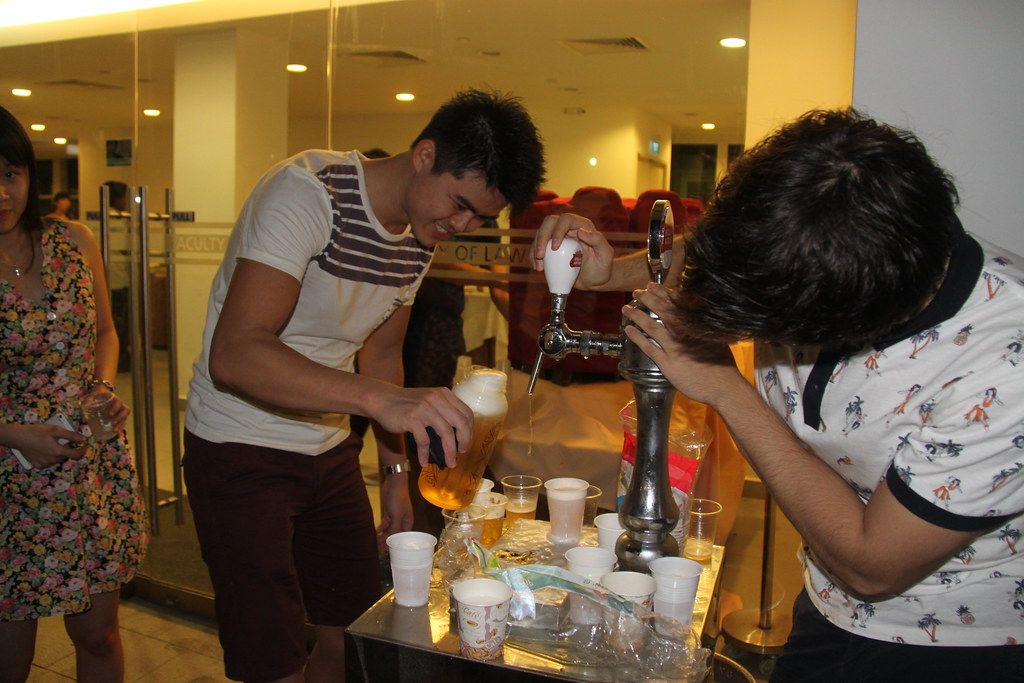 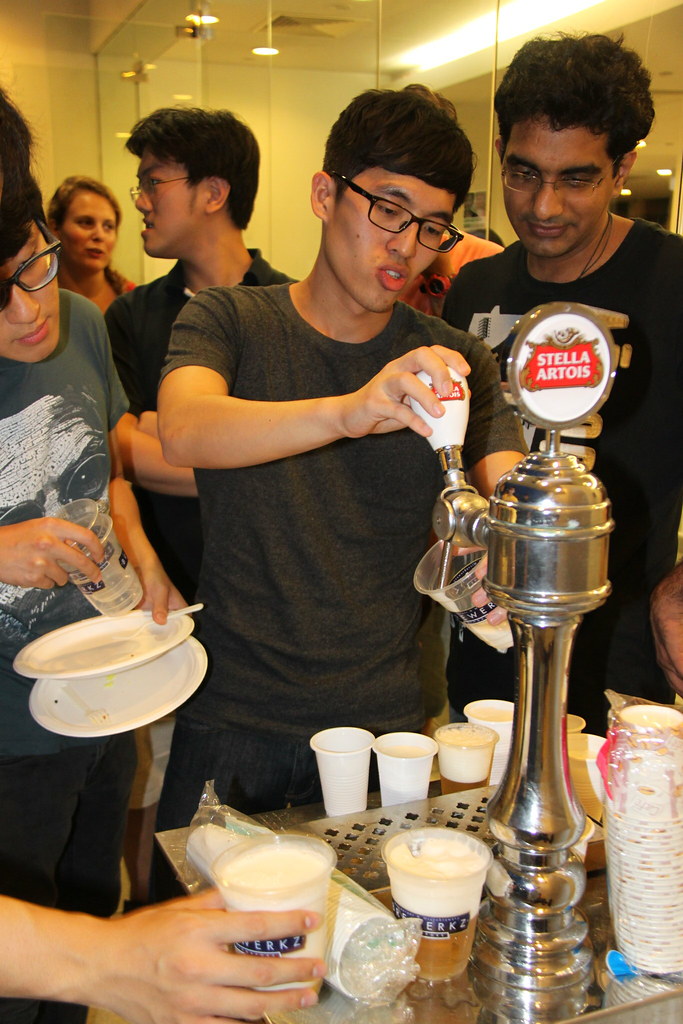 As the final Chill Out event of the year, Law Club thought it befitting to end the year on a note of appreciation and students were invited to submit messages of well-wishes and gratitude which were flashed on a screen. Although some messages were reminiscent of what one might find on the now-defunct NUS Law Confessions, genuine and heartfelt messages of appreciation were aplenty and proved that some of us were unafraid of wearing our heart on our sleeves. As long as our identities were kept anonymous. 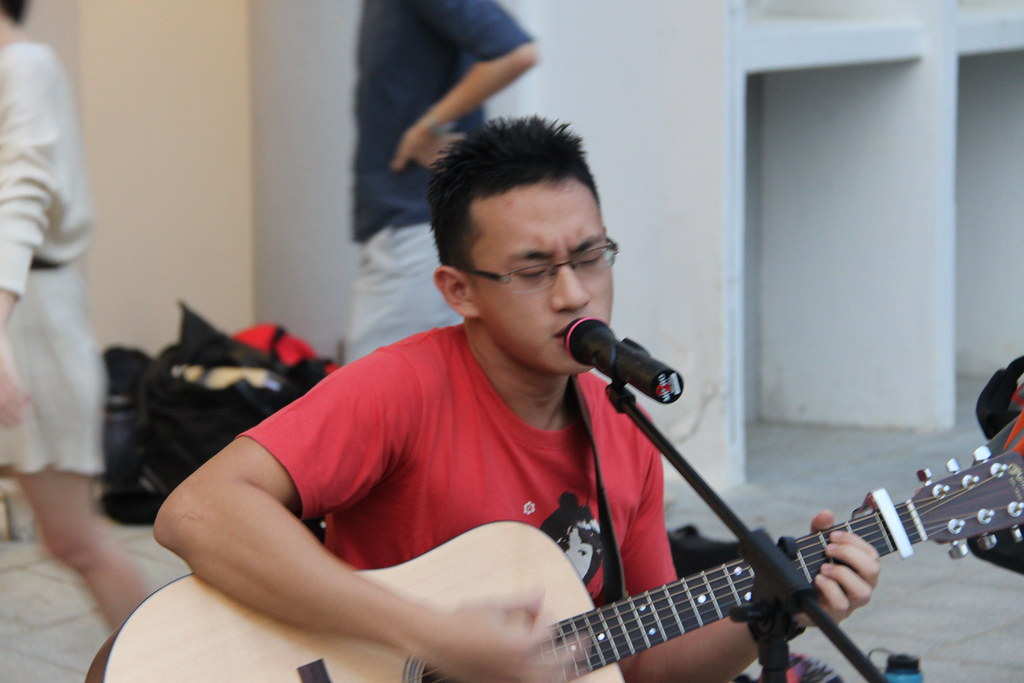 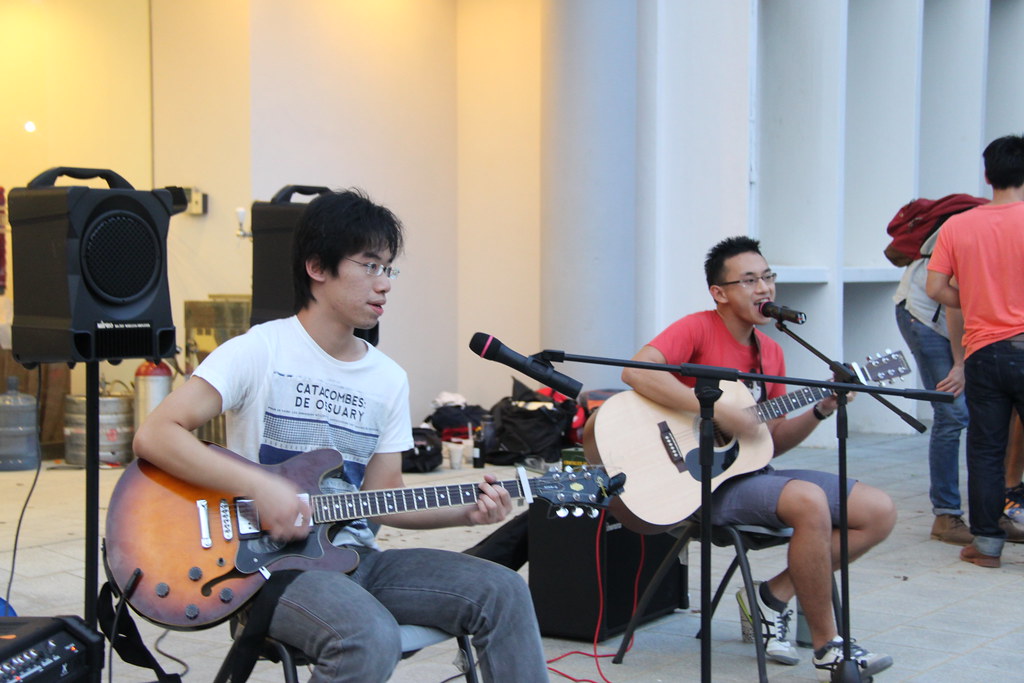 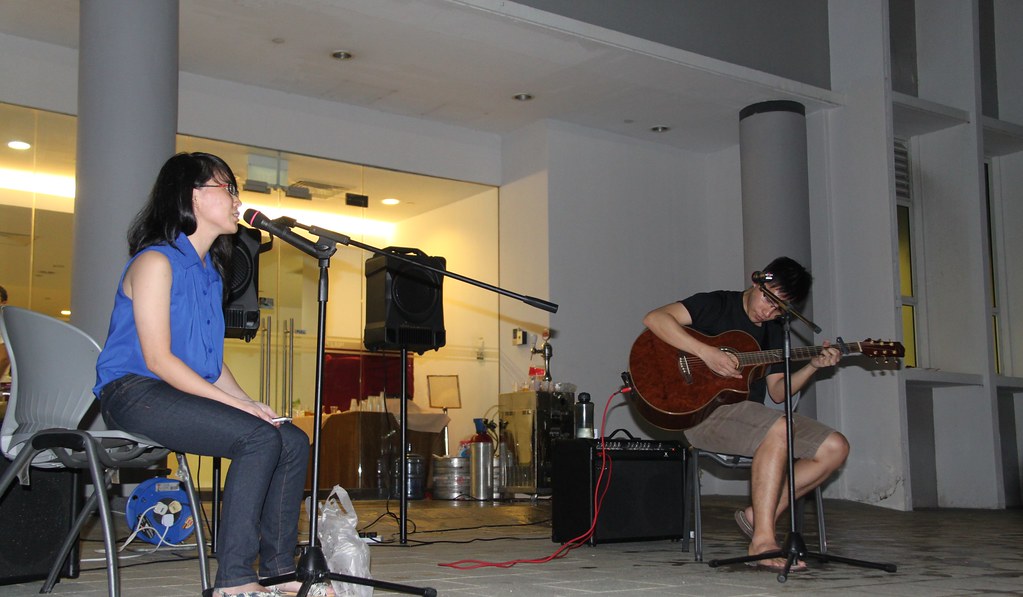 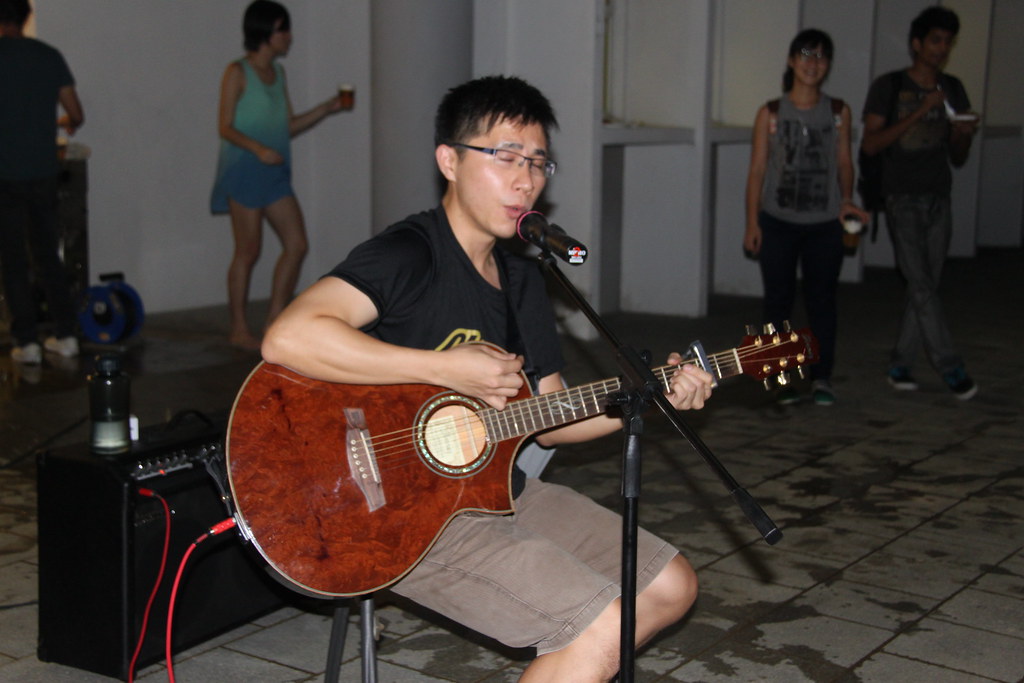 For some, AppLAWd marked the joyous end of LAWR moots and LCS Negotiations; for some others, it marked the end of their final year in Law school. As sobriety returned to the inebriated and day yielded to the night, the cold reality of exams and the working world loomed ahead. And then we all went back to studying.

Here are more pictures from the evening. 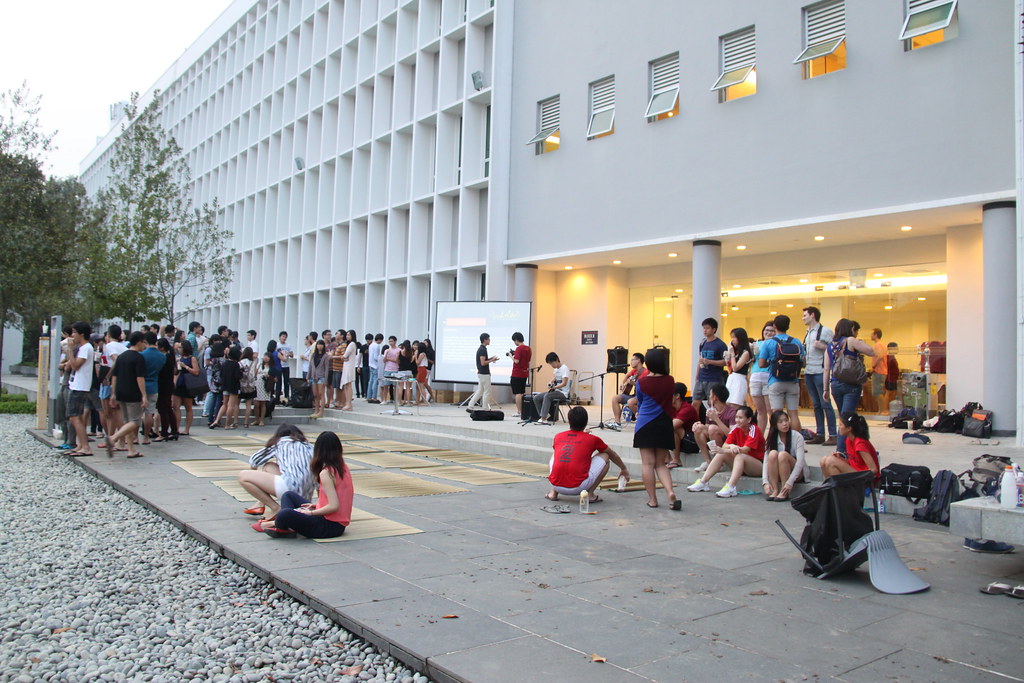 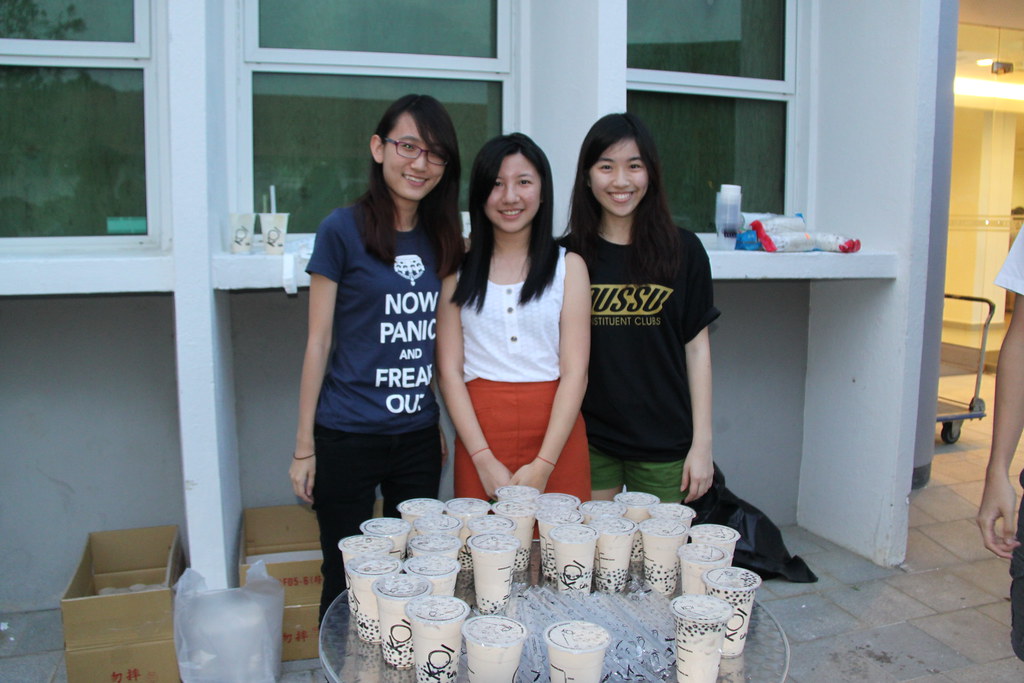 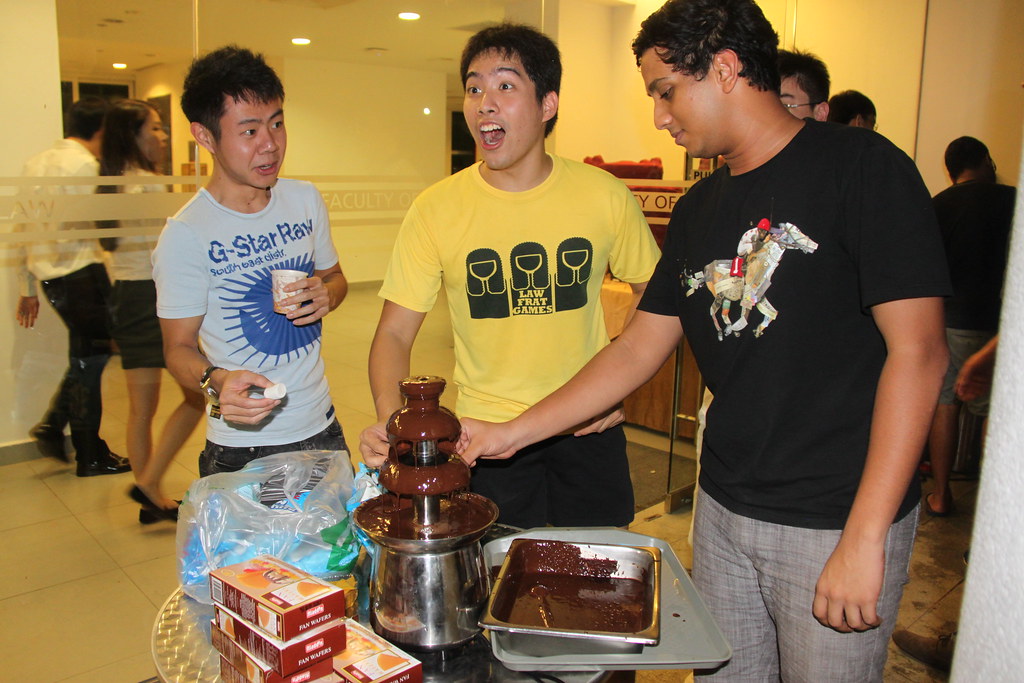 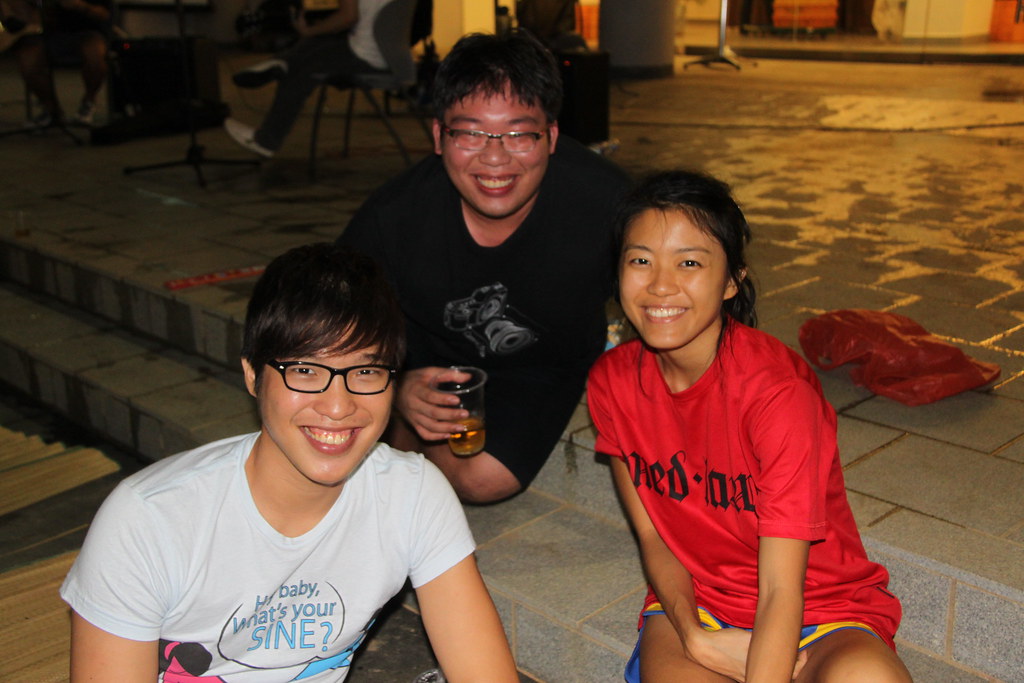 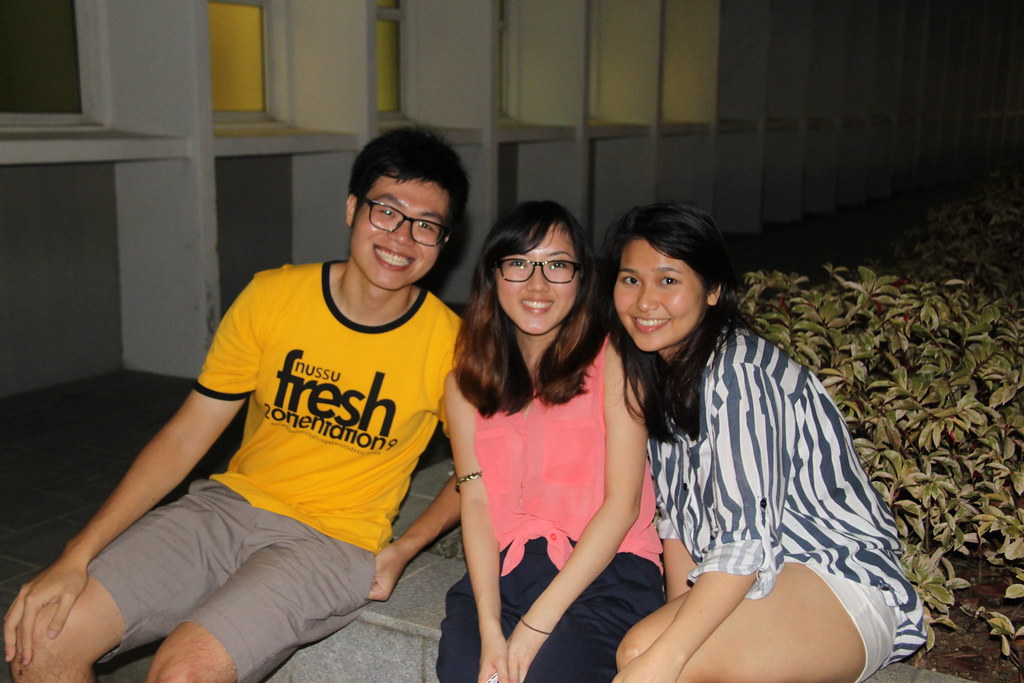 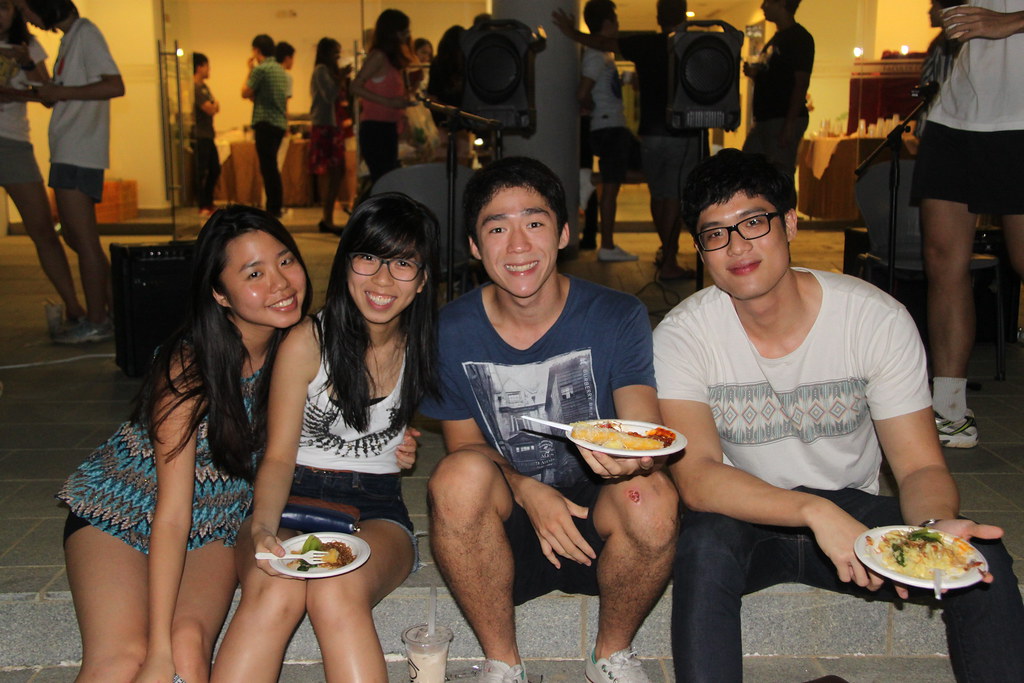 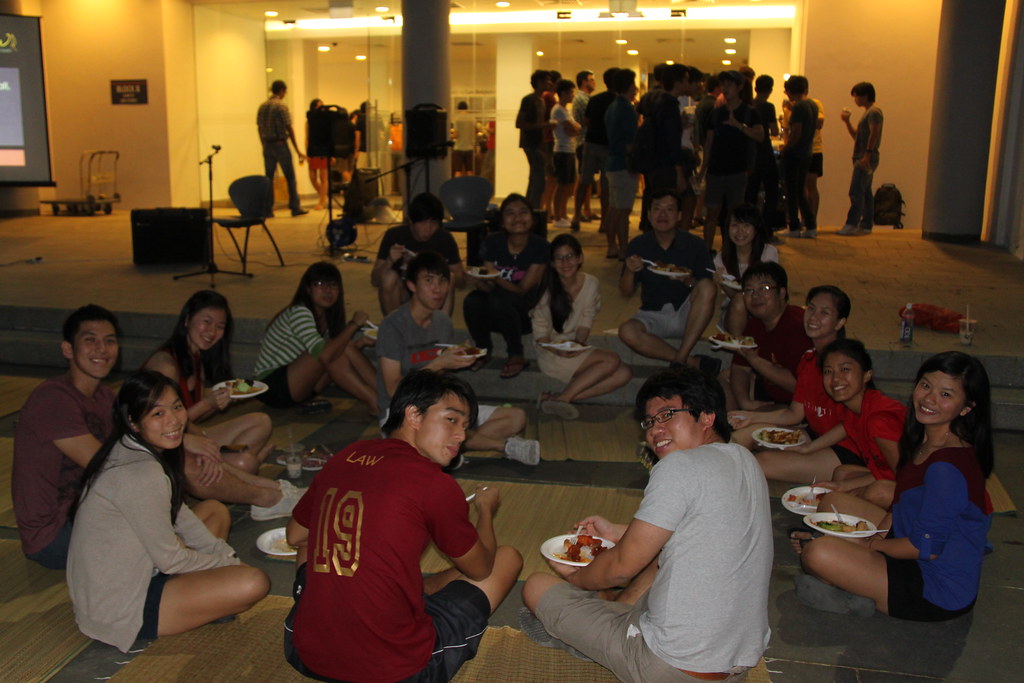