Hello all! And now, for something completely different: cats!

I really like animals, particularly mammals like dogs and cats. Of course, because my life goes as smoothly as it does and the powers that be seem to love making things go my way, my mum hates all animals so I have to settle for playing with strays. However, stray dogs have it a lot harder than stray cats (they get captured and killed because people are scared that they’ll get bitten, I guess), so I usually just play with cats instead.

I’ll go through a bunch of photos I took with various cats across my adventures in Singapore. While I’m at it, I’ll tell you about my life because it’s just that interesting and I can’t afford to see a therapist. I’ve made sure to include some photos that you can crop me out of, so you can keep the cat photos for yourself. Or you can leave me in, it’s up to you, really.

The first cat, who I call Mr. Cat, you might find familiar. It’s the black cat that hangs around outside the library. I first saw him slinking about some time in AY2019-2020 Semester 1 between the walkway and the Angsana Room windows. It was real shy, but I got it to play with me after I made a few embarrassing noises. I tried feeding it, but it was no good as darn Mr. Cat was too frightened to eat anything I gave it! (I wasted a good bit of my chicken sandwich, too!) After a while, more people noticed Mr. Cat and it got used to human contact and eventually I had a few “working lunches” with Mr. Cat and I’d discuss the finer points of Company Law, such as whether reverse veil piercing should be allowed in Singapore, and the grander implications of that proposal on the fundamental principle of separate legal personality. I don’t think Mr. Cat’s a very good conversation partner, since that was a shit essay and I only got a B for that although I was killing that class’s class participation component! That’s about the only cat I regularly play with in school. However, I’ll tell you that there’s a whole pack of them who hang out along Evans Road and the main road, near the running track. When I used to regularly run at night or in the morning, I’d usually spot 3-4 of them hanging about near the florist’s, in the grassy part of the pavement on the track-side. They don’t come with any predictable regularity, but I used to see them at least once a week. I always suspected that Mr. Cat got chased over to the school buildings by that pack of cats, since they’re really unfriendly and it was real hard for me to get any of them to interact with me. Maybe it’s because I stepped on one of their tail one time, but I said sorry and you really couldn’t blame me because they were running across the pavement!

Speaking of the track, I also met another mammal on the track, but I didn’t get to talk to him much. I called him Mr. Squirrel. When I met Mr. Squirrel, I was on my way to the track to work out (sometime this semester, but I can’t place when), only to discover to my dismay that a bunch of secondary schoolers were using it for a competition. Cursing my luck, I noticed a brown lump on the path back to school and there was Mr. Squirrel, dead as a doorknob and stiff as a nail. It was then that I realized that perhaps missing a workout wasn’t quite the end of the world. I’m not a forensic expert, but Mr Squirrel looked fairly peaceful, so I suppose it was a blessing that it died quietly instead of getting torn apart by the aforementioned pack of Mr. Cat’s friends.

Cat 2: Tampines cat (one of them, anyway) I call it Mr. Cat, although I’m pretty sure Mr. Cat’s a girl but I figure she won’t mind anyway. Mr. Cat’s not a stray (collar) but her fur was really dirty so I suppose she must get out and about a lot. I met Mr. Cat sometime in December 2019 in Tampines because I went to a dojo junior’s void deck to help him prepare for a competition. I hear he didn’t do too well, and I suppose the quality of instruction might have played a contributing factor. Anyway, he was late so I hung around with Mr Cat for a while and she was really friendly. I got to see her again before I left, so she became the highlight of my day, which ought to give you a picture of how exciting my life is. Following on from the second cat, who you might say I met because of karate, the third cat was yet another encounter arising from martial arts, albeit in unfortunate circumstances. I’d gotten my leg pretty badly smashed up during a competition in June 2019 and then I developed the notion that it’d get better if I trained it harder and then I was running one day and heard a weird sound in my left knee and then it became a little like a sticky doorknob you need WD-40 to fix. Of course, WD-40 wasn’t of much help and I had to get it looked at by a Chinese doctor (who’s actually really cool as he’s a kung fu master and he can smash his forearms and shins onto my forearms and shins and *I’ll* be the one who gets hurt, but that’s not important right now). Anyway, I met the cat, who I address as Mr. Cat too (because I’m not sure of its gender but it’d be rude of me to inquire further or manhandle it too much), on the way to the clinic. Mr. Cat’s eyes were pretty cool, but what stuck out was how soft its coat was. Sometimes you see in old 50s movies where the actress has a real pretty fur coat and it just looks so soft? Yeah, I imagine those fur coats must feel like Mr. Cat’s fur. Although Mr. Cat was friendly and willing to play with me for a while, I couldn’t really bend down to play with it, so that marred the experience a little. To make up for it, I got to meet Mr. Dog, who belonged to the Chinese doctor, who was hanging out at the clinic. I don’t normally like small dogs that much because I think a real dog ought to be big and strong but I wasn’t about to say that to Mr Dog when his badass-kung-fu-master-owner was right behind the door. At least Mr Dog was friendly and would lick my hand when I tried to pet him. (Unless he was trying to bite me and I misunderstood his intentions.) The next cat, who’s DEFINITELY Mr. Cat, I also met near the Chinese clinic. It was right after the Torts Paper in AY2018-2019 Semester 1 (in other words, the worst paper I’ve done so far) and I’d messed up my shoulder doing push-ups. I know you didn’t ask, but I might as well point out that, the next day, I’d discover that my expensive hard disk got damaged and over 1TB of stuff was irreplaceably lost. Anyway, the point is that I was having a pretty bad week and I wasn’t even at the low-point yet. So I’d arrived early and the clinic was closed so I went to get dinner (a weak-tasting Chinese soup with rice) at the nearby food centre around West Coast Road and then I saw Mr. Cat licking its genitals, which gave me a giggle and that became the high point of the week. I should probably talk about the last two cats together since I meet them in the same place, sometimes together and sometimes separately, although one of them I have a longer-standing relationship with. I also suspect that they’re somehow related.

The fifth cat, Mr. Cat, I first met sometime in October/November 2019. I’d usually meet him on the way home from school, between Cluny Court and Serene Centre. I usually play with him when I don’t have too many groceries, am not in a rush, or when I’m drunk. I’m especially proud of this Tiger Beer promo I shot. [Editor: rumour has it that Tiger’s share prices rose after Shou Pin first shared this photo…]

However, I stopped seeing him in December for some reason. I remember being a bit upset about it for a while, since I used to look forward to meeting him at least once a week. However, this February, I saw this cat and another Mr. Cat (who I KNOW is a Mr.) hanging about the drain but they got spooked when I approached them. I suspect that it was because I was carrying garlic and cucumber, and I’ve seen cats go nuts when those things are around. Luckily, I’d recently reconnect with my earlier friend Mr. Cat and his companion, albeit on separate occasions. They’re both quite friendly, although the Mr Cat I’m more familiar with is definitely much more amicable than the other, who takes a little bit of pampering to get him to calm down. They’re both good fun to play with! Well, there you have it: 6 cats, 1 dog and 1 ex-squirrel who I had the pleasure of meeting over the last two years. I hope you enjoyed it! Let us know in the comments if you have any stories about animals or pictures you’d like to share! 
Please DM us if you have any enquiries! 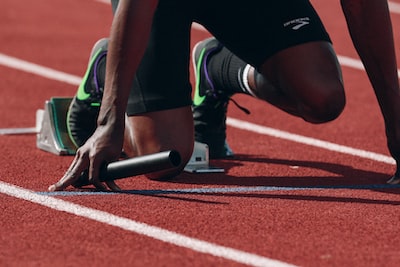