It’s been a thoroughly enjoyable summer away and despite the overwhelming volume of readings that await us, we here at Justified are excited for the new year. After all, new years are the best time for a fresh start. And while most would say that with January 1st in mind, we’re gonna go ahead and co-opt it for August 12th too.

The last year has been filled with plenty of great moments, with thanks in no small part to the amazing editorial team that has set the standard for future JETs. (that’s Justified Editorial Teams, a term enthusiastically coined by the outgoing Chief Editor, Desmond) They have paved the way for us with the numerous new initiatives they embarked upon during their tenure as well as inspired us with their relentless passion for what we do here. Not only are they unceasingly generous with their guidance, they are also a talented bunch, producing some of the best articles Justified has to offer. On top of all that, they know how to throw an awesome party. (JustOne, anyone?)

While there is no doubt we have a lot to be grateful to the previous JET for, Justified would be nothing without the support of the law school population either. Thank you for taking the time to read and, hopefully, enjoy what we create in the midst of your busy lives. Thank you for also subverting the law student stereotype and giving our team so much to write about. From our athletic endeavors in the Law-Med Games to our musical stylings in Law IV, NUS law students have consistently demonstrated that we are so much more than (just) muggers, and now, we have a whole slew of photo-laden articles to prove it.

This year, the JET is hoping to bring you more of the things you’ve enjoyed, but we’re also making a few changes. The biggest change this year, as some of you already know, is that Law Annual is now JUSTIFIED.

Our club originally started out as an annual publication, a yearbook of sorts that chronicled the happenings throughout that year, hence the name Law Annual. As we continue to move away from our roots and toward a larger online presence, it’s become clear that our club is more defined by this website and not the title of our previous publications. Consequently, our team has found it difficult to justify (ha ha) why we’re named Law Annual, both to our peers as well as to ourselves. So, we’ve decided to take the plunge and rename ourselves in an effort to make life a little less confusing for everyone and resolve the identity crisis we’ve been facing. But…mostly so we can constantly make silly puns about how what we do is TOTALLY JUSTIFIED. (We apologize in advance for the inevitable irritation that will follow)

Although our club now goes by a different name, the spirit of Justified remains the same. If you’ve seen the posters around school, you know that there isn’t much that can deter us from doing our job, not even hazardous levels of haze. And we hope that you continue to rely on us if you want to find out what’s happening around Bukit Timah Campus or if you simply need a breather as you begin easing (or for a select few, gleefully throwing) yourselves back into the law school grind.

So here’s to another year of Justified, may it be as entertaining and readable as the last. And remember, if it’s not on Justified, it never happened. 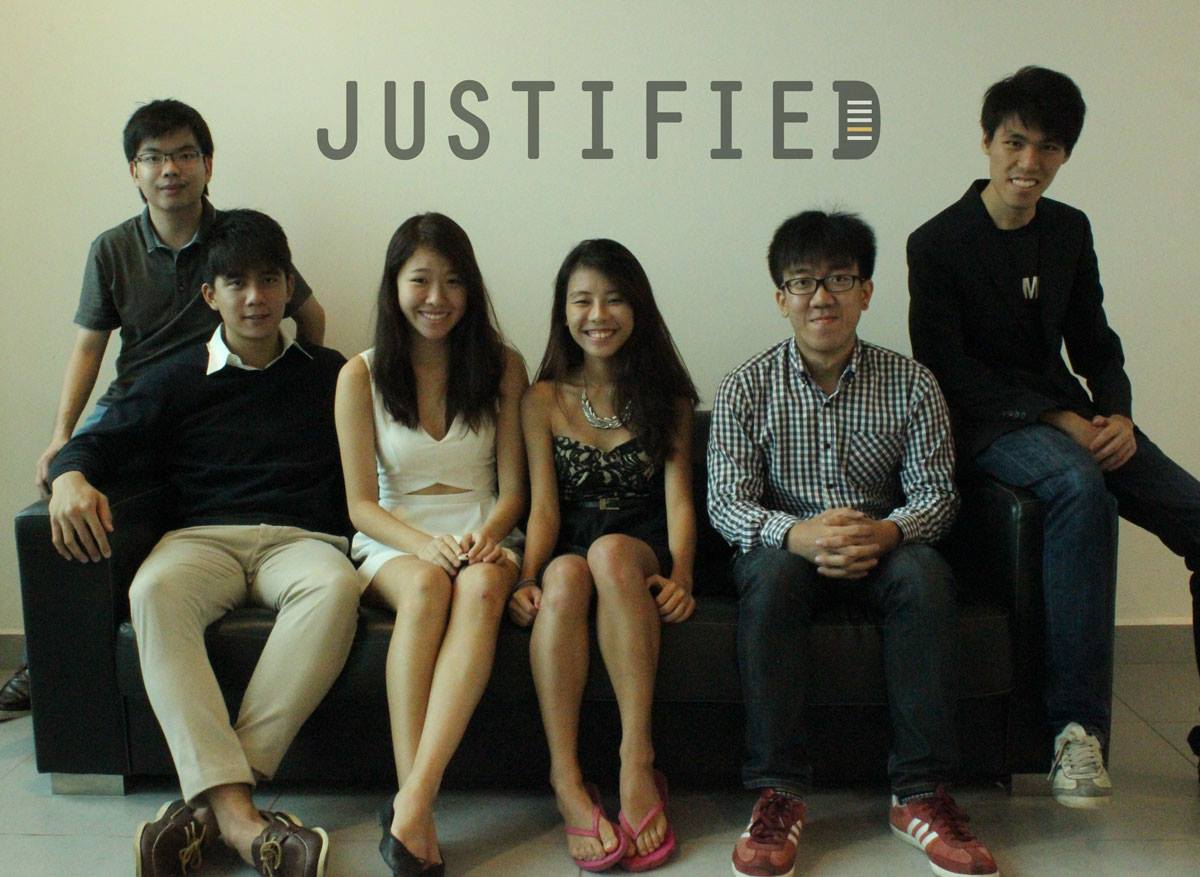