Incognito, held from 3rd June to 6th June 2013, saw the freshmen batch come together to bond over games and activities over a week at KRC, BTC and Sentosa. 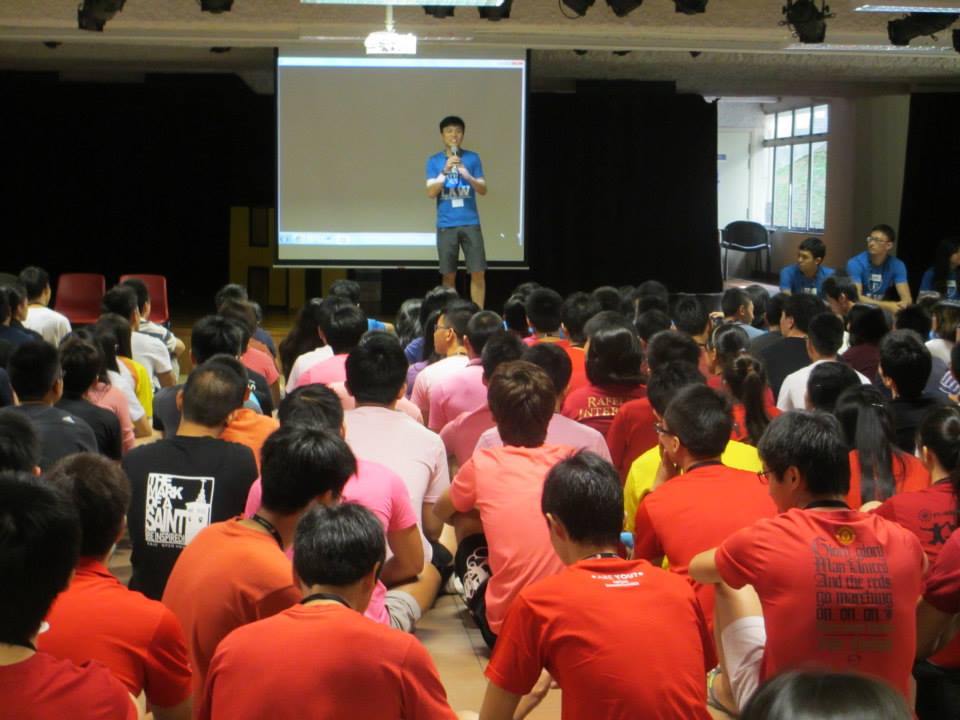 Freshies took the personae of spies working incognito for their respective spy agencies to solve a murder mystery. The games and activities throughout Law Camp were generally based on this storyline. The camp started off with the usual icebreakers and dry games at KRC. 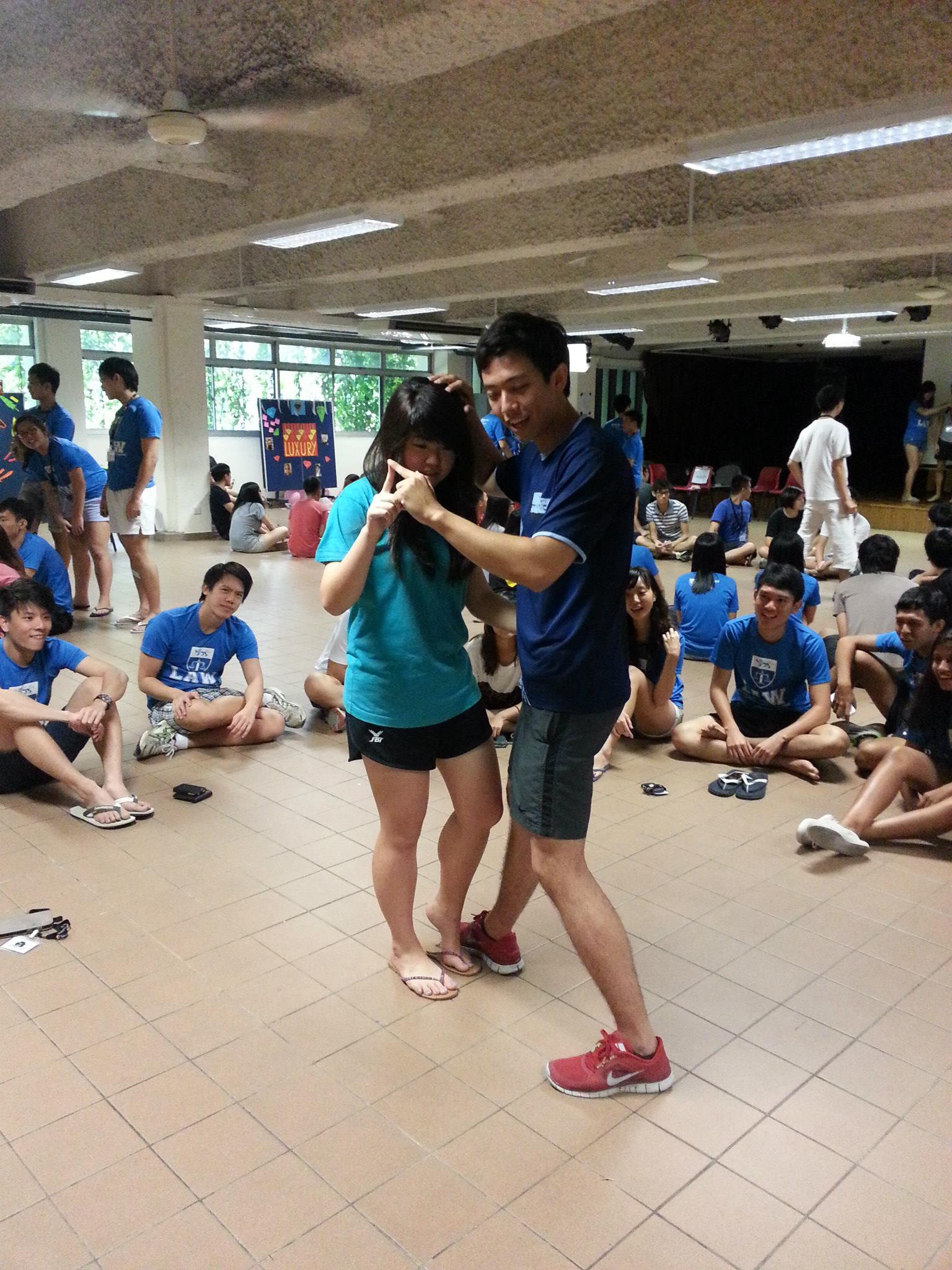 Seven Wonders…? Yeah Shanny wonders what has she gotten herself into as well. 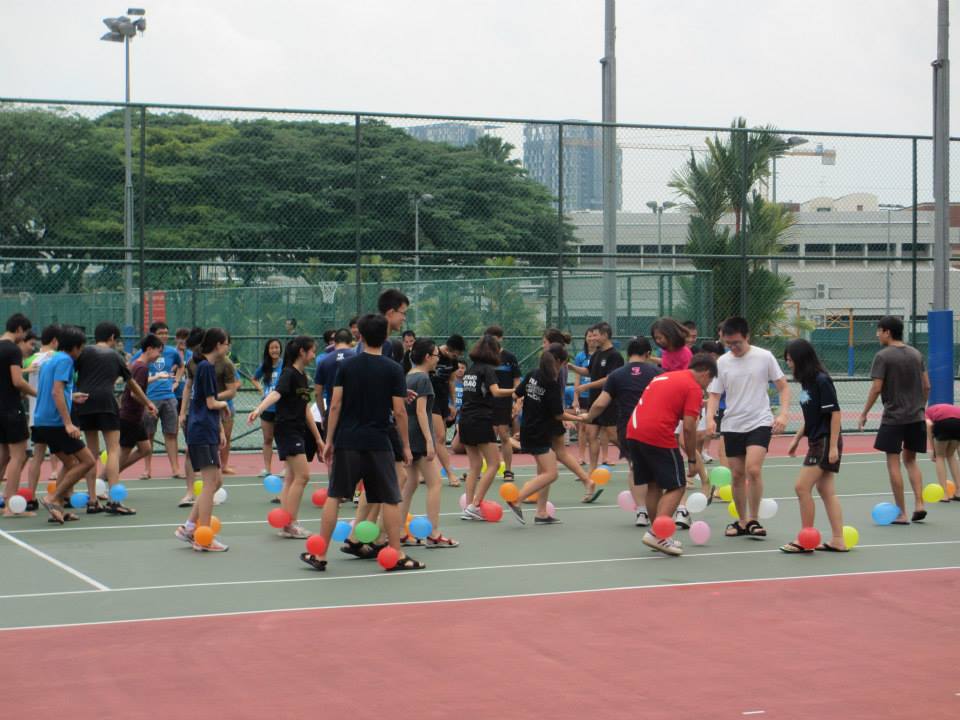 The atmosphere of the game was nowhere as zen or calm as it appears to be in this photo. It was INSANE, MAD, FUN. This game is a must-have for all future orientation games (FOCC Law Camp Chair 2014 take note). 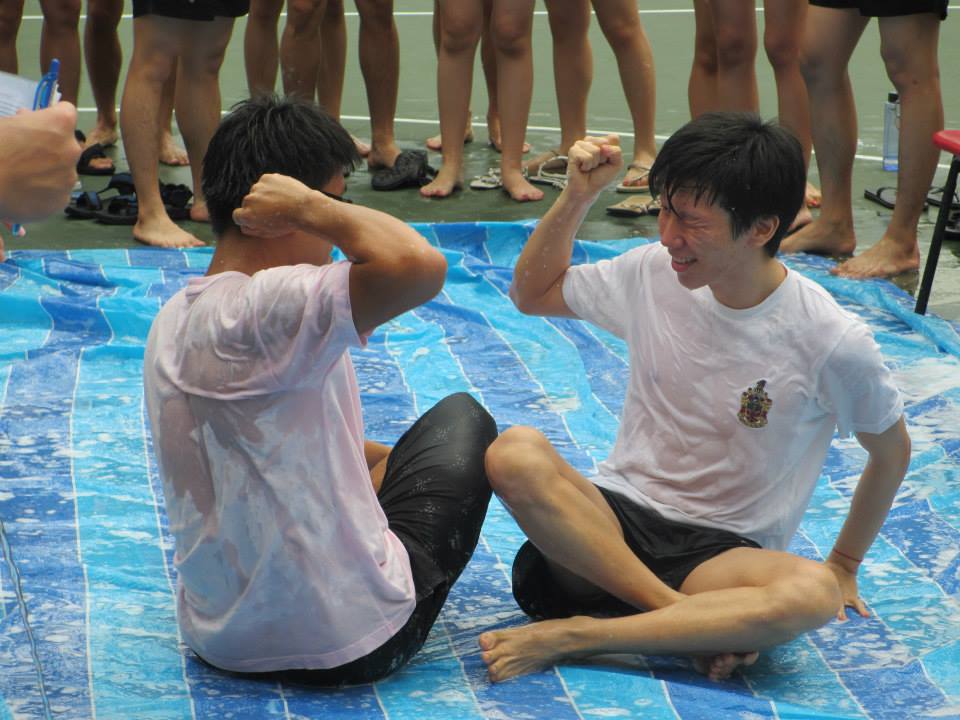 An orientation camp can’t go on without Secret Pals! With or without (matchmaking agencies’) funding, SP had to feature in our camp! The  freshmen were paired up prior to the camp and assigned code words like “Cheese” and “Pie”, “Bread” and “Butter”, “Mulan” and Shang” (well yeah you get my point) for their SP interaction sessions. In addition to the romantic (or in some cases, not-so-romantic) heart-to-heart-talk sessions… 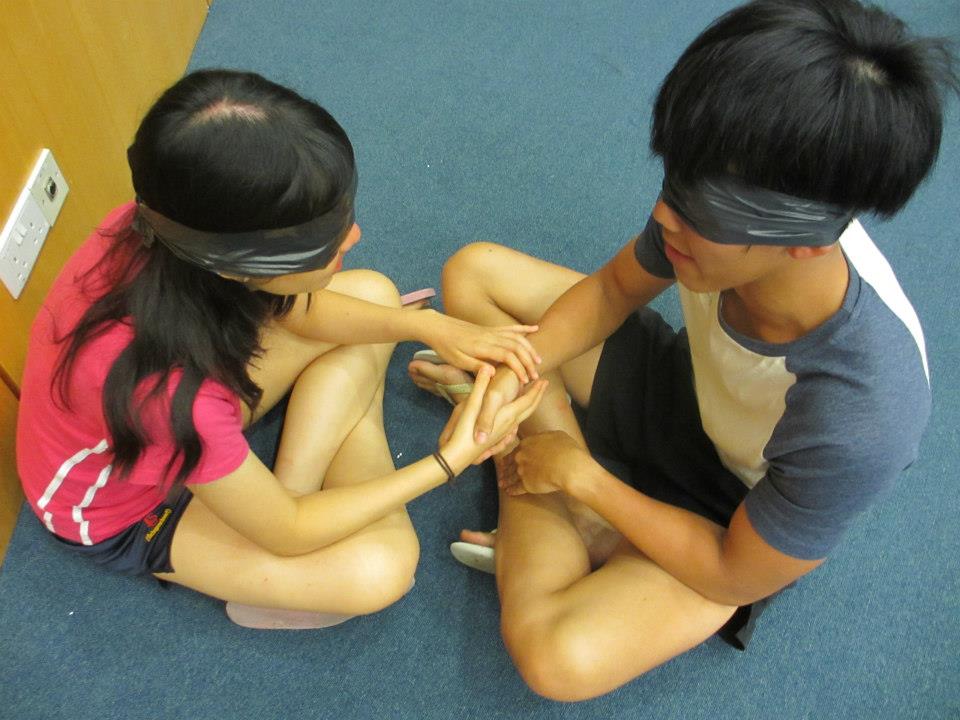 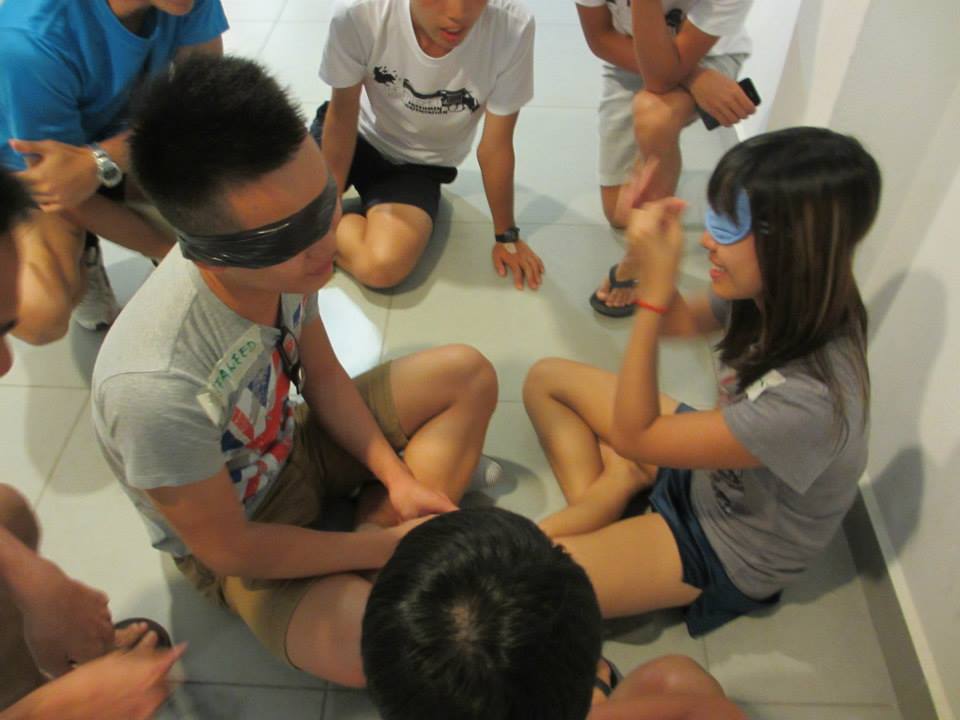 “I think there’s someone beside us… do you think so?”

… … this year’s Secret Pals saw the freshies playing station games whilst blindfolded! This added a new dimension (not to mention the logistical and manpower challenges) to Secret Pals but it provided the freshies more fun and interaction with their SPs! 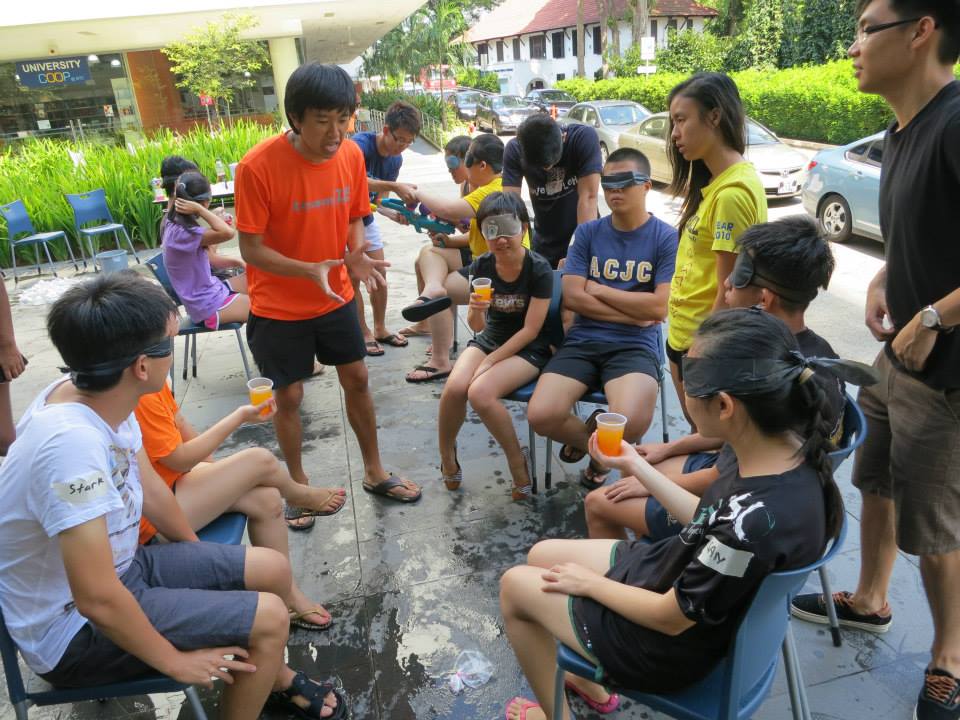 From blind tasting of fruit juices and random fruity concoctions to guessing-the-thingy-in-the-box, the SP games were a fresh addition to the usual orientation camp games! 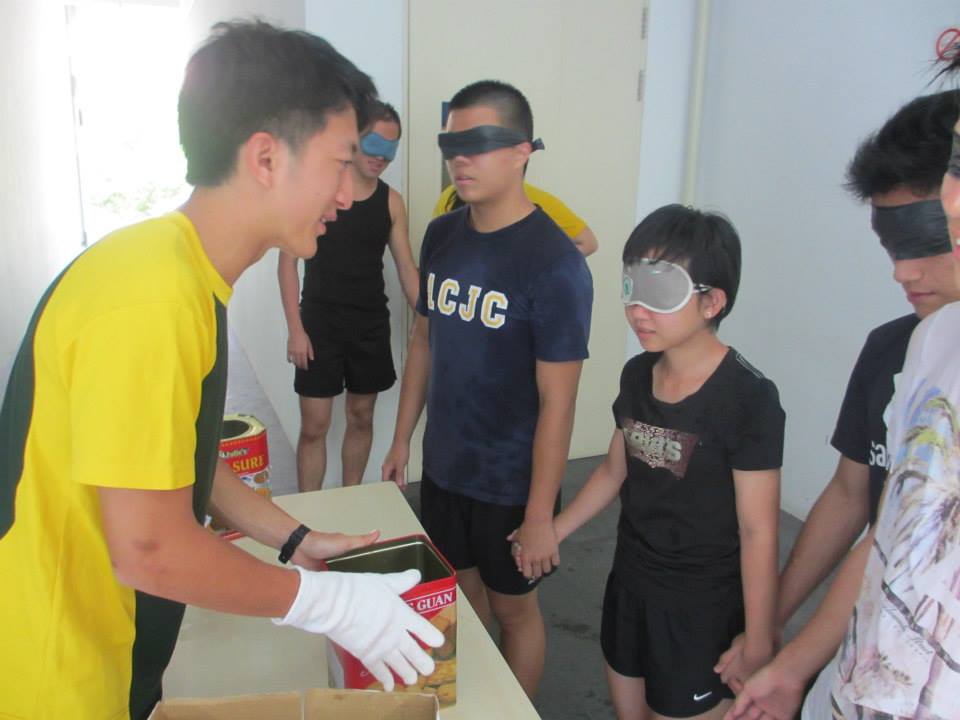 Freshies awaiting their turn to guess the items in the boxes! 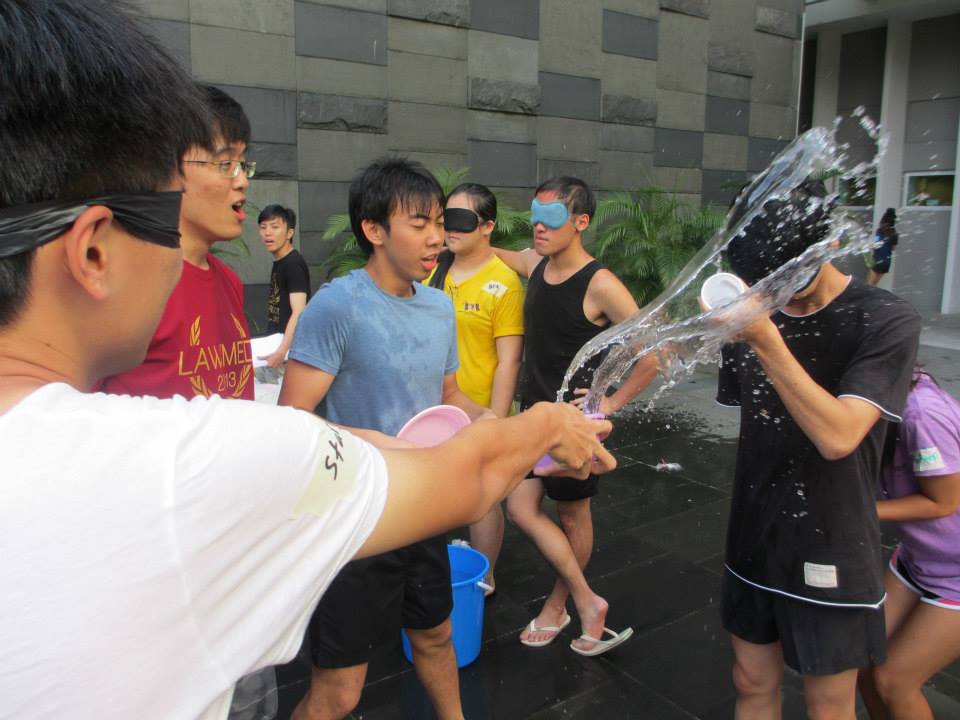 The SP Games also got some of our stationmasters really excited. 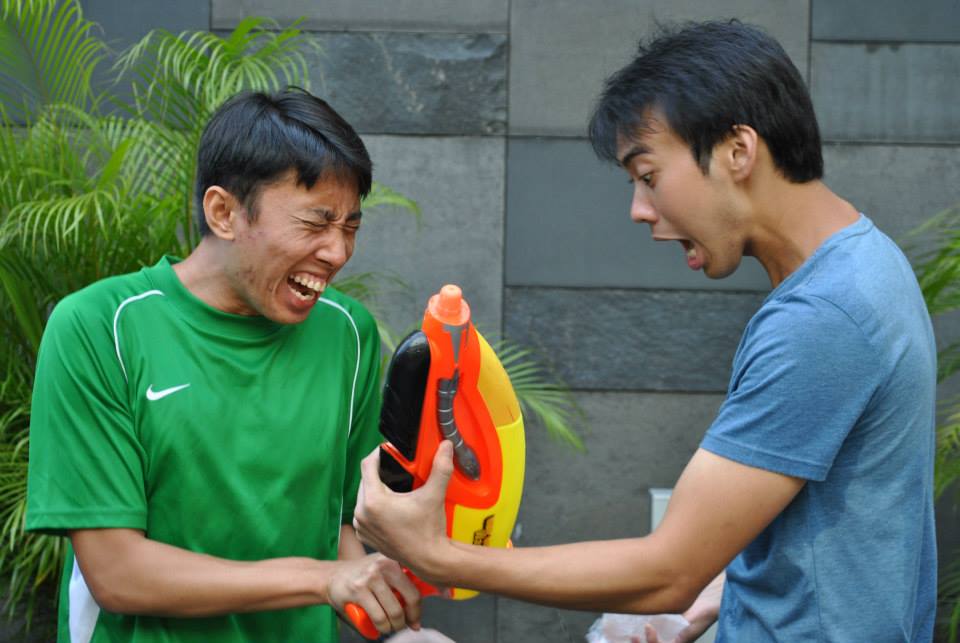 Intense reactions we got here. 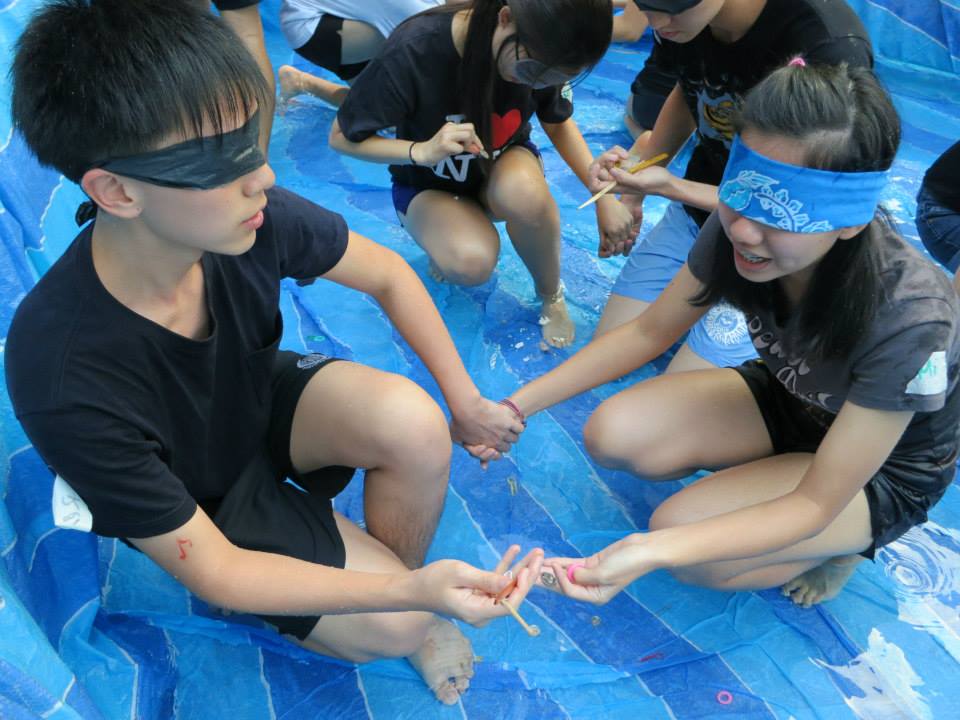 Wave House Sentosa was, in the writer’s opinion, a great, cozy chill-out venue for the Finale of Law Camp. (Cheers to the FOCC Marketing Team for sourcing the venue!) A vast departure from the usual clubbing venues, Wave House provided a befitting venue for the last day of Law Camp for the freshies to bond and interact. 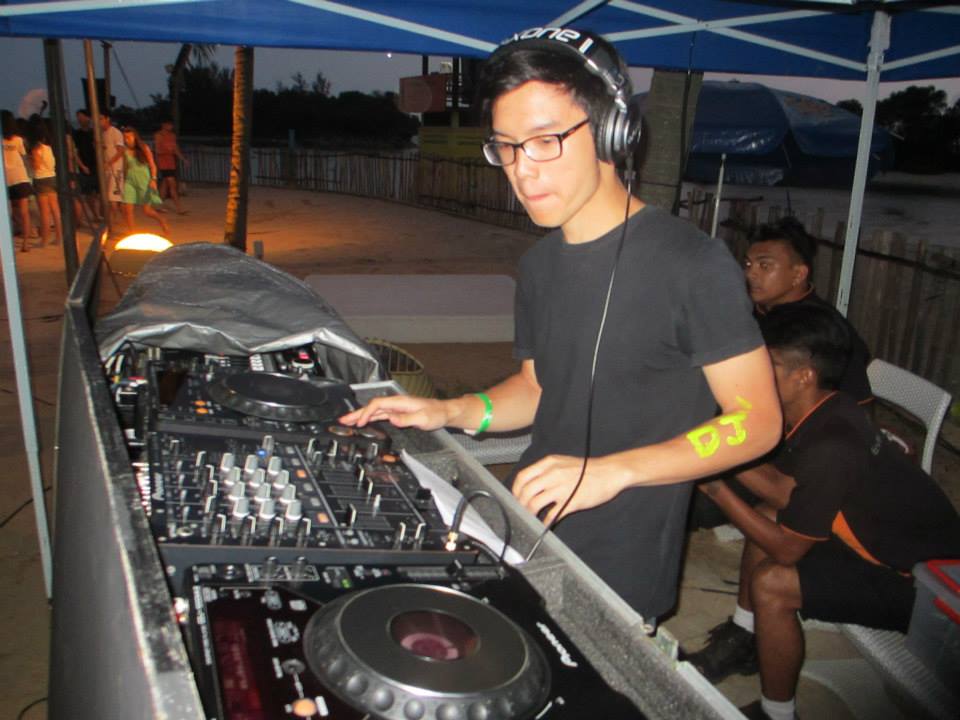 Music for the night was provided by our very own DJ, Hong Xiu.

The freshies were entertained by performances put up by seniors and also stage games. 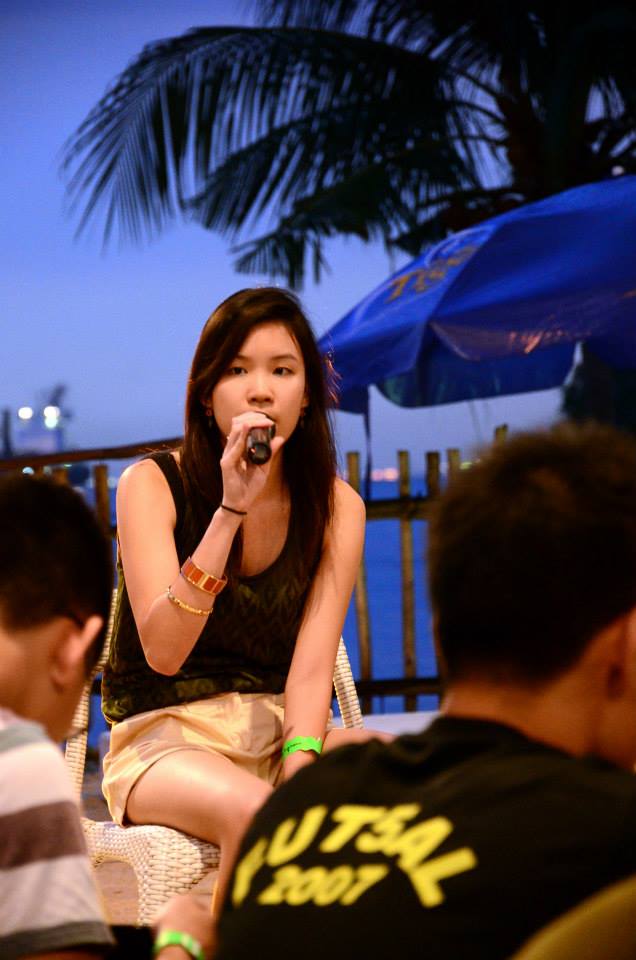 Cheryl serenading the crowd with her soulful vocals.

Particularly entertaining was watching the OGLs compete in a watermelon-eating contest, without utensils of course. 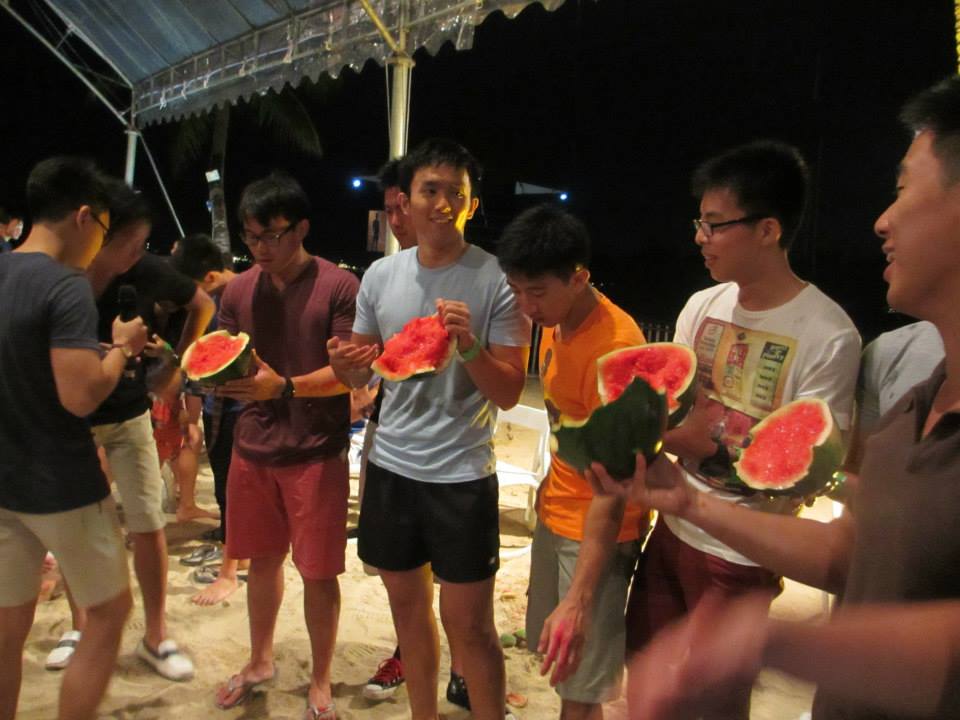 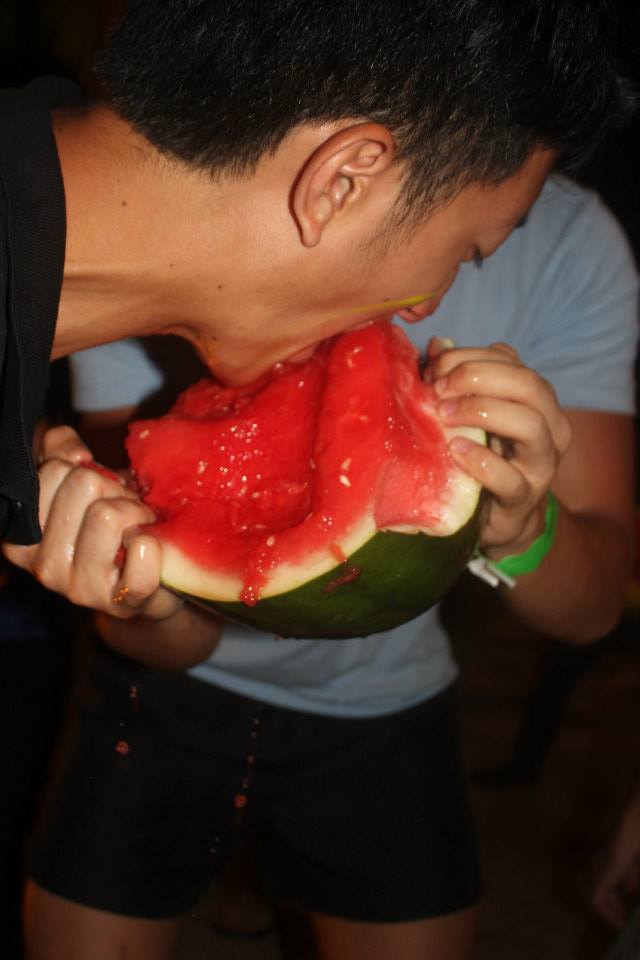 After watching the OGLs so glamorously and civilly feast upon their watermelons, everyone then moved to the FlowBarrel. Ten lucky freshmen got to be nominated by their OGs to try out the FlowBarrel! They were given quick lessons by the staff before they went on. 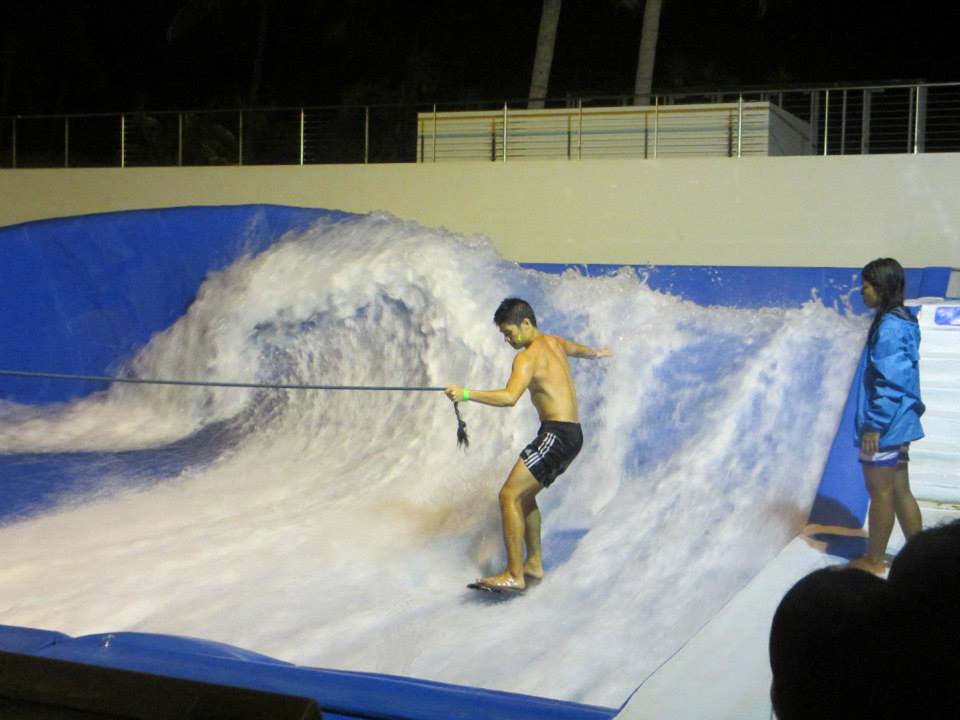 It wasn’t easy as the participants were seen tumbling or being swept to the side by the strong currents. 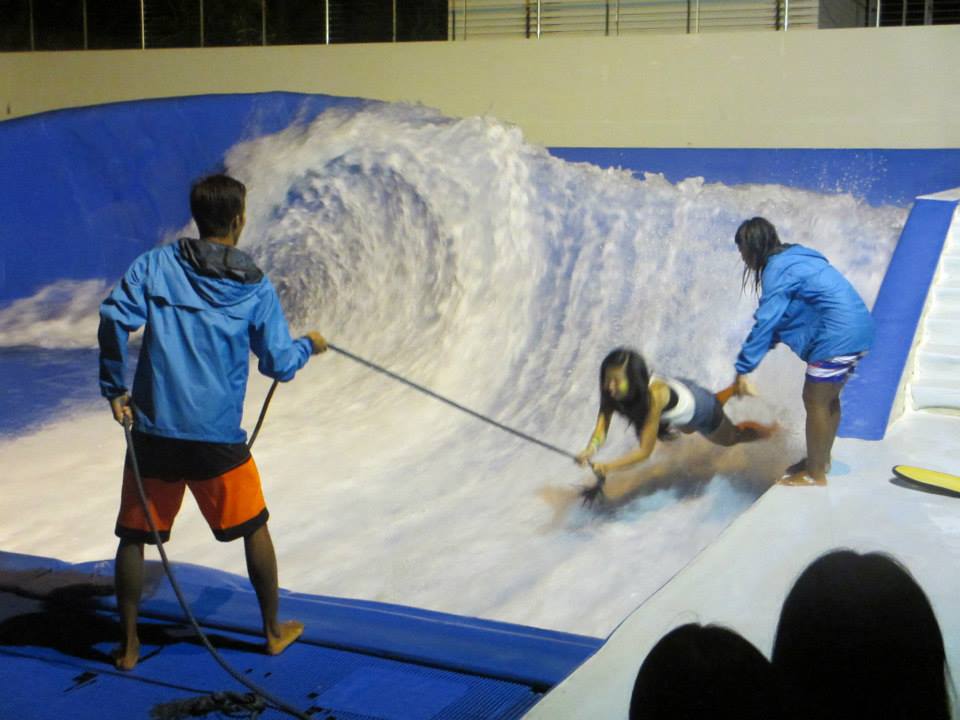 SP revelation took an interesting twist this year. During Law  Camp, SPs were provided with masks and were instructed to design masks for their partners. At the Finale, the SPs were to look for their partners wearing the masks that they created! 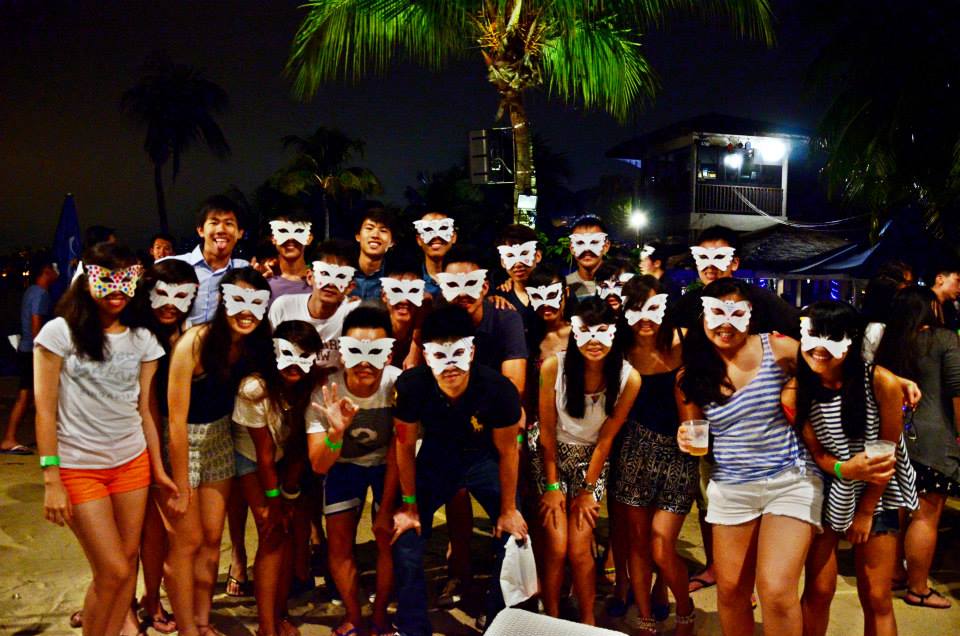 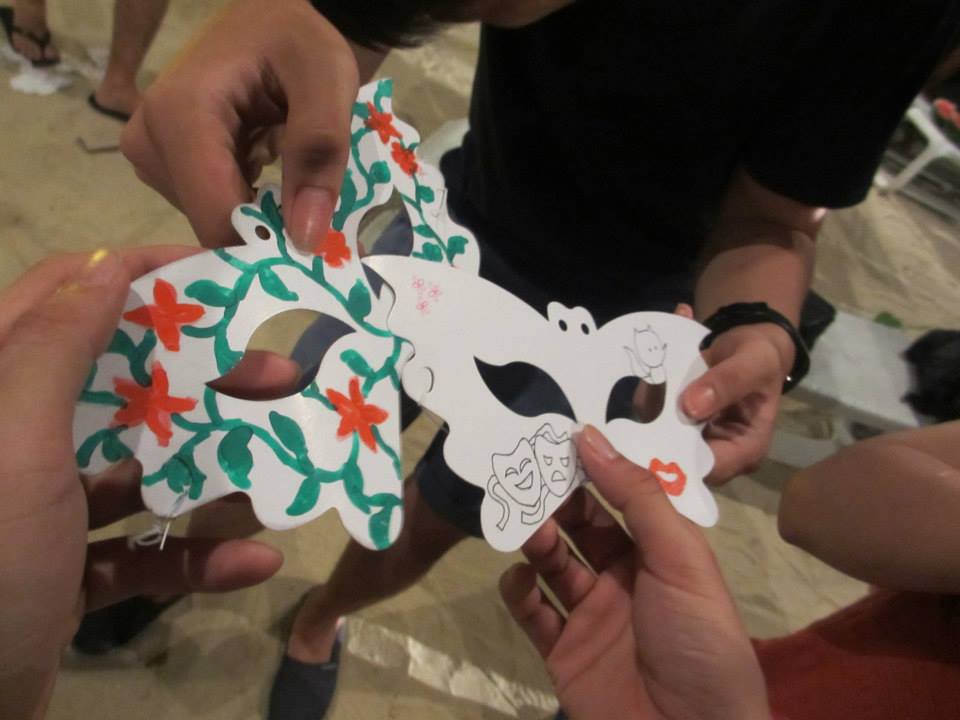 Here’s a big thank you to the entire Law Camp Committee, the FOCC, OGLs and Councillors for putting in so much time and effort to plan Law Camp! Your efforts have not gone unnoticed! 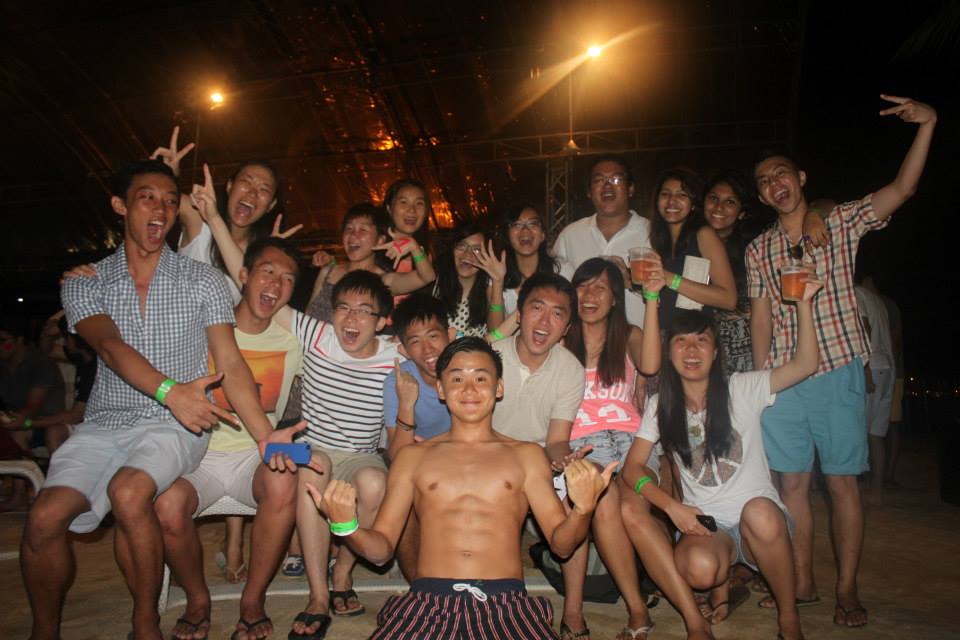