The annual Inter-Faculty Games are underway and Justified is here to keep you up to date while you’re in the Study Room rushing your LAWR assignment or preparing for Mallals. If you ever find the opportunity to catch a break, go down to Kent Ridge Campus and support your friends! For more details, check out the noticeboard at the Level 1 lift lobby, just outside the Study Room. 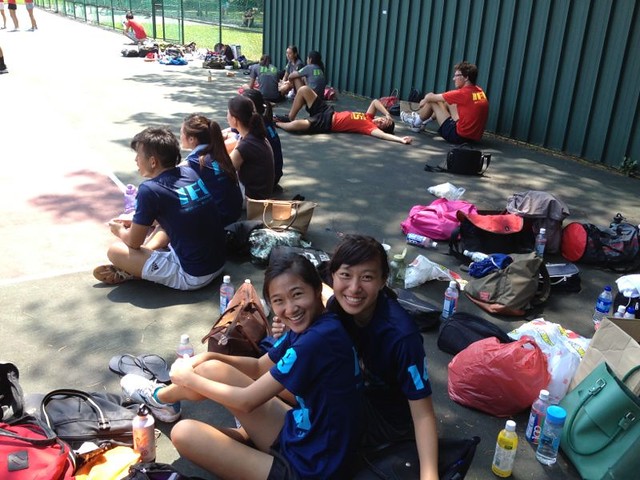 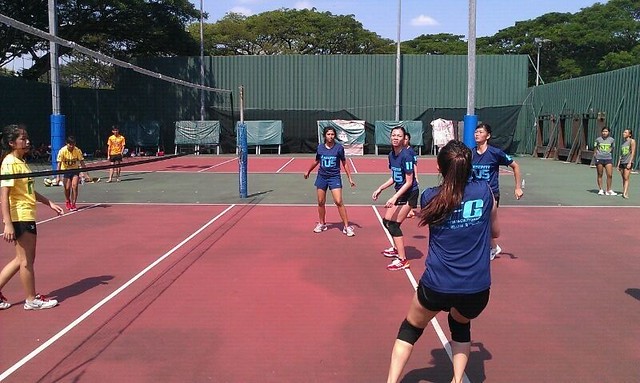 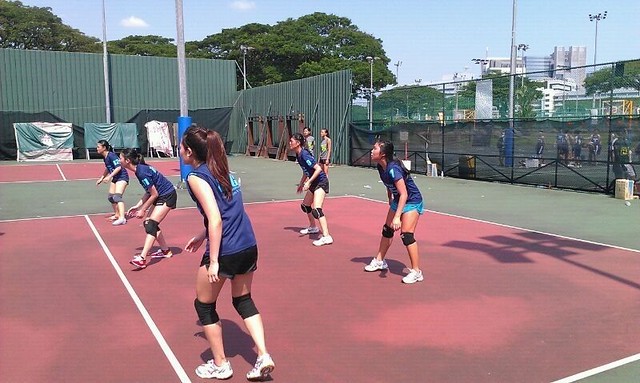 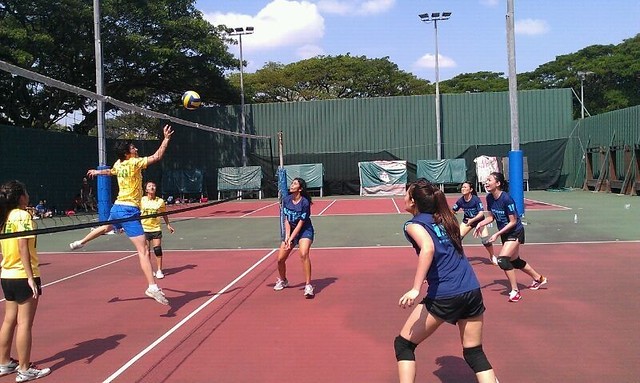 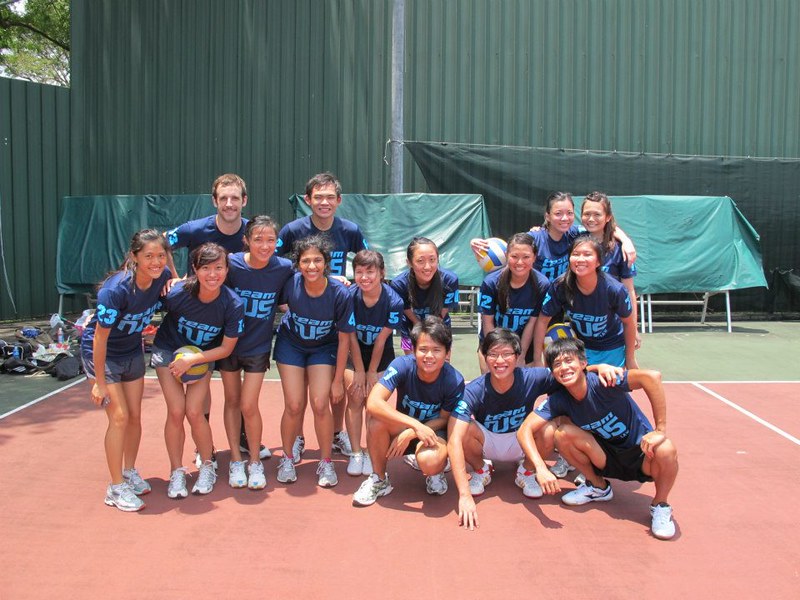 Article contributed by Larisa Cheng (Law 2); Photos contributed by Priya, Kong and Larisa
“Volleyball girls didn’t get through the prelims, but we won 1 match 2-1 against computing, and lost the other two 0-2 to business and engineering, although they were pretty close matches. some sets were deuce 14-16 kind of scores, and the rallies were pretty decent. i’m really proud of the team overall and i think they did a great job. the journey to ifg (i.e. the trainings) was really enjoyable as well, more so than the match itself actually, because it gave us the time/opportunity to get to know each other and just have fun playing the sport.” 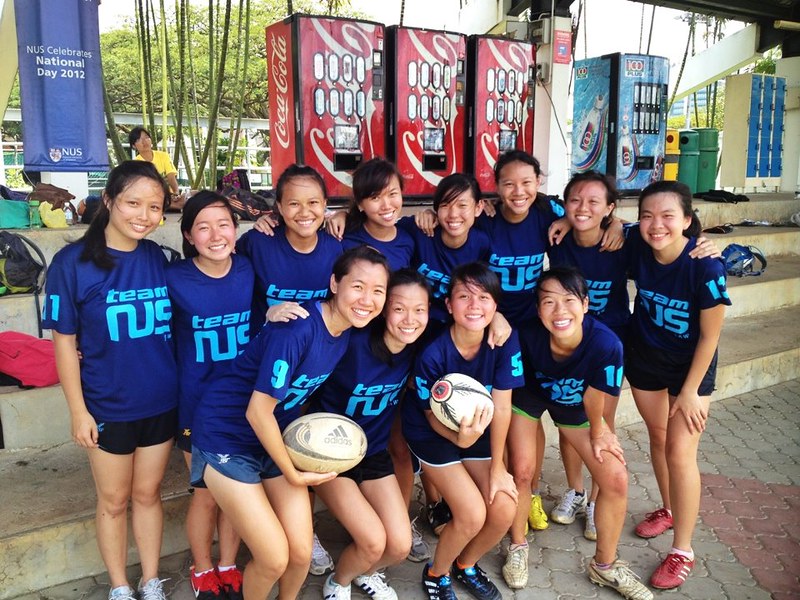 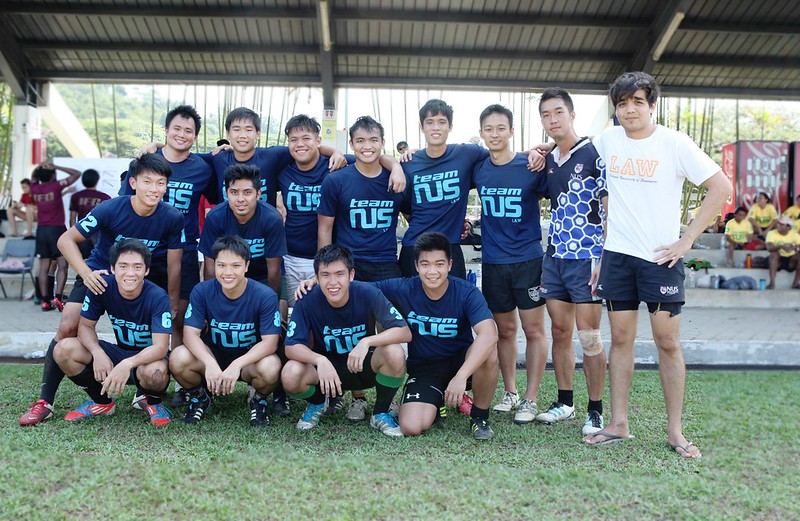 “The Law IFG team worked hard to earn its semi-final spot. After drawing with Medicine, Team Law beat all of its other opponents in the group, topping the table and setting itself up for a match with BizAd.

Displaying a team with a mix of freshmen, seniors and even exchange students, Team Law used the little training time they had to put together a rag-tag mix of players. However through hard work, each player found a role in the team and they learnt to play together.

The first match against Medicine was closely fought and ended as a 2-2 draw. Both goals were scored by Team Captain Anil Shergill. The forward drifted to the right to receive passes from the centre before calmly slotting the ball in. After what seemed to be a victory, a failure to close down one of the Medicine forwards led to a last minute equalizer.

The team did well to recover and stay on course to beat FASS. Though the team boasted famous names, our players went on to complete a resounding 3-0 victory. Forward John Cheah added two goals to his name from the right wing, a neat finish before he had to leave for a club match, while Captain Anil finished Arts off with the third. Defensively, Arts were closed down as both forwards and defenders rushed to block every shot that the dangerous Arts players could muster.

Against the toughest team in the group, Team Science, Law was down in the opening minutes. The match was hotly contested, both sides had players who could score and create chances. Science scored through a lapse in defending, but Team Law kept its head up and equalized when Centre player Guo Wei took the ball from the half way line and brought it up to the right flank before unleashing a shot on goal. Only shortly after, defender Jean-Thomas made a slaloming run down the right flank, faking players and passes along the way before calmly slotting the ball in. When the match was over Team Law knew it had worked hard to earn the victory.

Against SDE, Team Law lost yet another player Haziq Ika who had to leave for a club match. However, despite playing with less men than other teams, Team Law obliterated SDE 3-0. Goals came from Defender Jean-Thomas, former RJ Hockey player Hijazi and former TJC Forward Jimmy.

Or team hopes to play good Floorball against BizAd to make it to the finals and make our faculty proud. We will also be needing all the support we can get so please come down if you can make it! Go Team Law! ” 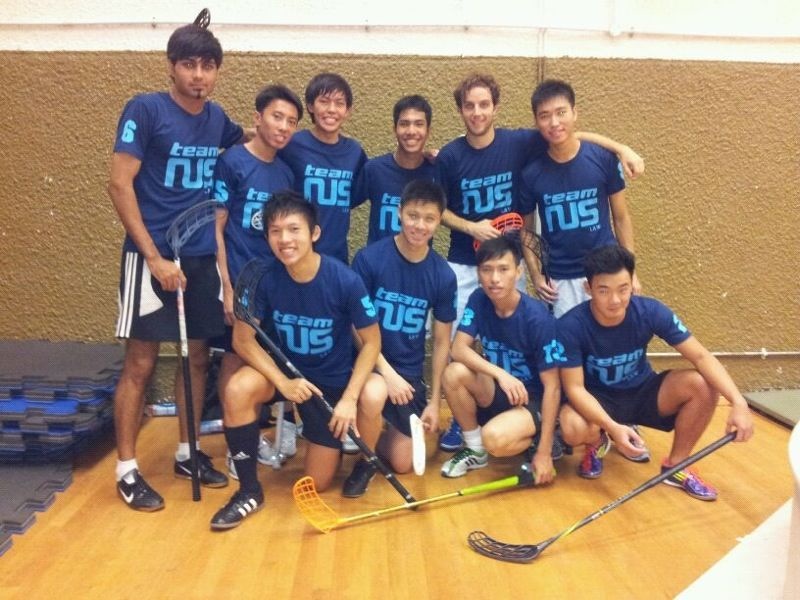 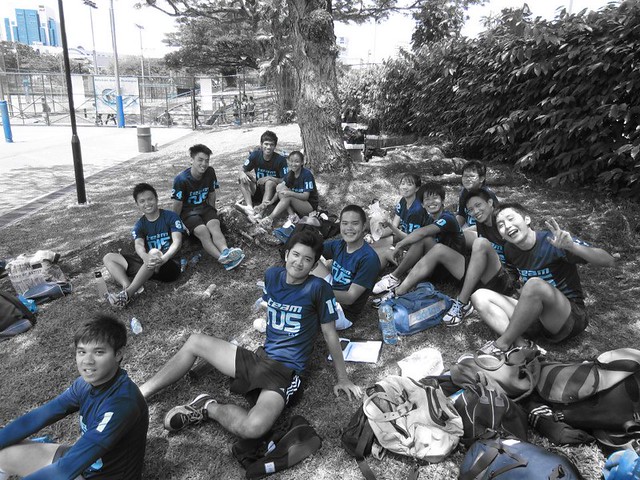 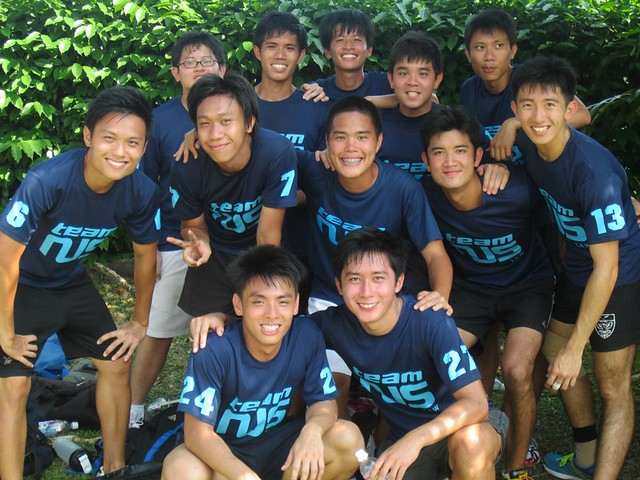 “So far for men’s soccer, we have played 2 games. Both games were played on the same day, the 2nd of september, which was really taxing on our players. We lost the first game 2-1 to Engineering, who are the defending champions. The game was more one-sided than the the scoreline suggests. We were exhausted in the afternoon heat and spent most of the game defending in our own half.

We had about an hour and a half to hydrate ourselves and get ready for the second game which was against SDE (school of design and environment). Fully aware that we would have no chance of qualifying for the semis unless we beat them, we went all out and came away with a convincing 3-0 victory. So now we have to play FASS and USP on the 15th. The game against FASS is extremely crucial as the winners will most certainly join Engineering in the semi-finals.”