Miss the adrenaline rush of Night Court? Or do you seek a rollercoaster ride of thrill and excitement? Then look no further because moots are for you.

Attorney-General’s (AG) Cup or rather, moots in general is very much like The Hunger Games. It is an event where participants are pitted against each other in a merciless battle royale where no one gets a second chance of saving themselves. You need to out-smart and out-maneuver your opponent, and be appealing all at the same time. Can’t figure out the issue on the case? Can’t preempt an effective counter argument? Eliminated you shall be. And did I forget to mention — lots of preparation work are to be expected. 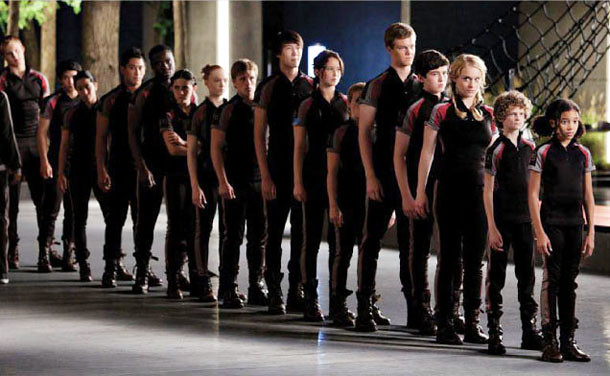 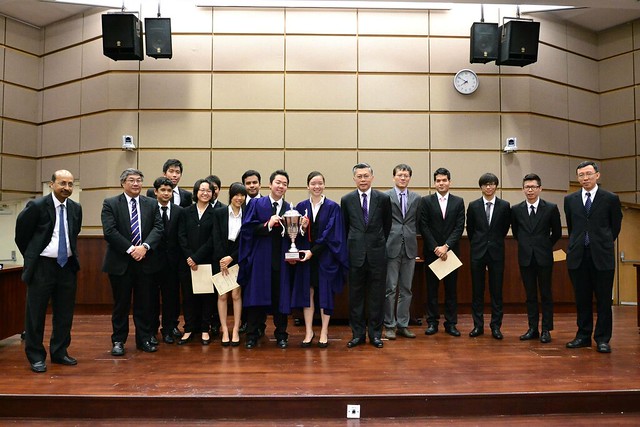 Although there is much to be said about moots, one thing is for certain. It is satisfying. Mooting starts with the arduous process of preparing your written submissions and ends with a presentation to the panel of esteemed judges. Be it favor from the judges in the gentle form of nods of approval or criticism that prompts you to stretch your limits in analyzing the issue, you will definitely be overwhelmed by pure gratification. Lest there be any confusion over my identity, I hereby declare that I am not a mooter, just a simple freshie watching his first moot competition. It truly is remarkable how attending the AG Cup has shaped my perspective of moots. I recall sharing during my Mooting and Debating Club (MDC) interview that mooting is an art to be appreciated. It is not a science where there are strict laws governing it that you have to dissect and understand how everything gels together. You have to feel it, admire it, and when you are done absorbing its essence, you just feel improved. I really never quite understood what I said or meant (although it does sound pretty abstract and impressive on hindsight) until I watched the two finalists clash head-on in the finals of the AG Cup.

The AG Cup is an annual mooting competition jointly organised by NUS Criminal Justice Club, SMU Moot Court Club and the Attorney-General’s Chamber. Pioneered in 2011 by Professor Walter Woon, the AG Cup aims to raise the awareness of Criminal Law among law students. This year, the AG Cup is graced by the distinguished panel comprising of our Attorney-General Mr Steven Chong and Judges of Appeal Justice Andrew Phang and Justice V. K. Rajah.

In this year’s finals, Alicia Teng (SMU) for the appellants was pitted against Eugene Neo (SMU) for the respondents. Unlike other mooting competitions that I have heard of, half of the results were already known before the finals had even commenced (It was pretty obvious that SMU would be taking the Cup). And unlike other moots, the AG Cup focused on issues that were at the heart of Criminal Law. This year, the issue raised was whether stating someone is a lesbian would amount to an offence of criminal defamation. Or so we all thought.

It is a good thing when a judge smiles at you and nods his head in favor. But it is an entirely different game when 3 honorary judges start throwing frowns at you, repeatedly questioning you “what is the law?” and then sighing “ok let’s move on”. Such were the scenarios faced by BOTH finalists and I must admit that I am sorely impressed that Alicia and Eugene managed to maintain composure despite incurring such unpleasantries from the esteemed judges. 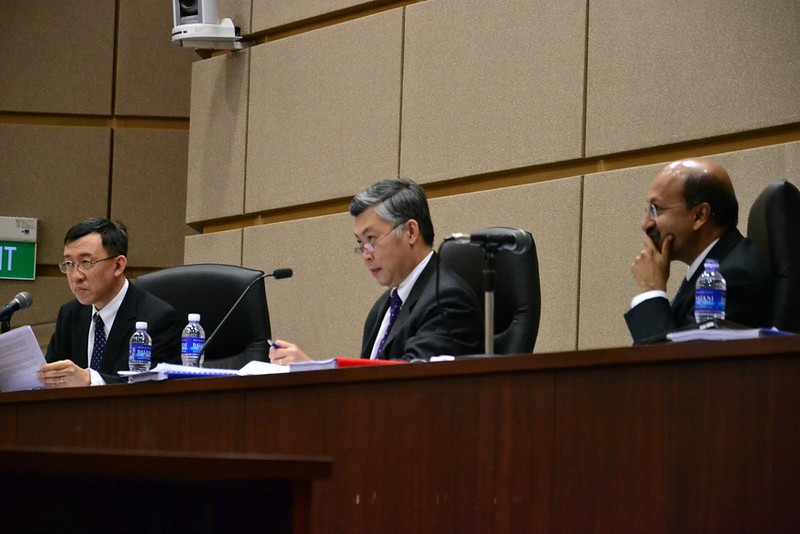 (fanboys and fangirls squealed when the trio entered the court. Just kidding we only bowed :P) 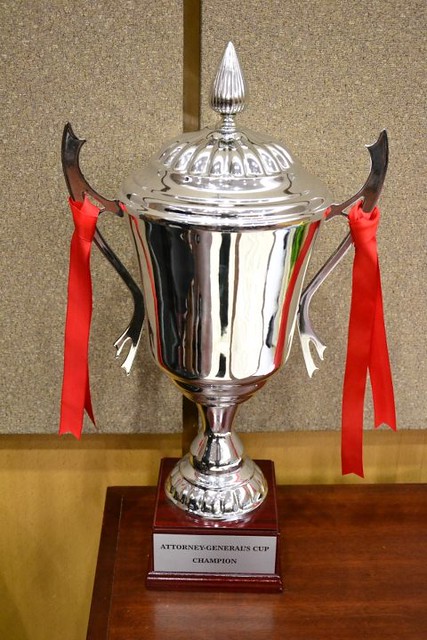 (They stole Preeeciousss from us!)

And so after juggling between scribbling short-handed notes and trying to follow the arguments presented by counsels, I gave up the former and struggled to make sense of the REAL issue in the case. Thanks to LAWR lessons (Do not belittle their importance!), I finally realized that the point of contention that the judges were trying to convey to counsels was why the Court of Appeal should even hear the appeal. It was in fact a procedural question rather than a factual one. Anyways, the gist of it was that the counsel representing the Appellant was supposed to identify and argue that the issue of law applied by the High Court Judge needs to be re-examined by the Court of Appeal while the counsel representing the Respondents was supposed to rebut the application for leave to appeal. Emphasis in underlined. (Pardon me if I had interpreted it wrongly, I’m only a 2 weeks old law studentL). At the end of the grueling session — and grueling it was as the judges extended counsels’ presentation time indefinitely so they could not escape with ‘time’s up! – Alicia was judged to be the better performer and was crowned winner of AG Cup 2012. Daryl Yong (NUS) was awarded with the Best Memo Prize. 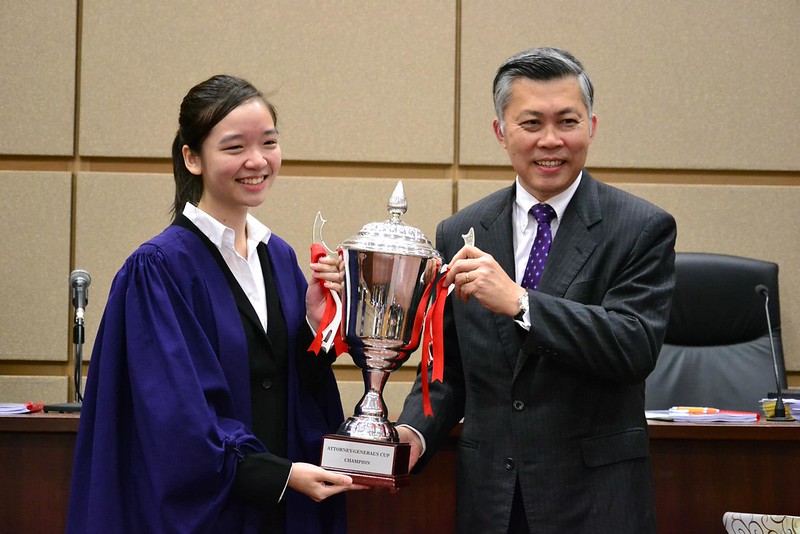 (See the similarities? The superstar is that beautiful female who dominated with accuracy and precision; in this case it’s answering the judges’ question straight to the point.) 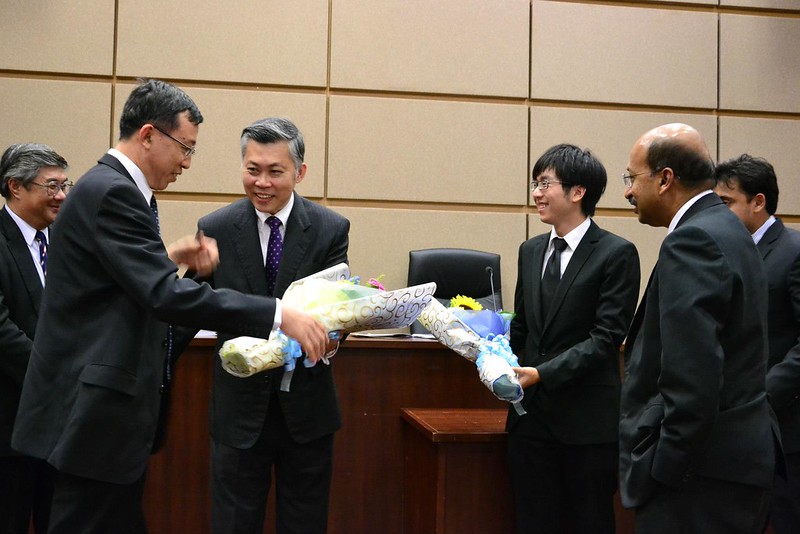 (Everyone is a winner! Even the judges!)

After Mr Steven Chong delivered the verdict, he made some comments on this year’s AG Cup and the highlights are as follows:

~If it’s not on justified, it never happened.