On a freezing, pouring Saturday morning, the Law IFG dodge ball team braved the rain and gathered in the UTown Sports Hall 1 in an attempt to bring glory to the revered name of NUS Law. Bearing in mind our greatest achievement in the previous year (a single draw), we endeavoured to overcome all odds and bring the faculty’s name to greater heights by aiming to win at least one round. Indeed, we surpassed our expectations and emerged winning two out of five rounds, an unprecedented achievement in the history of NUS Law dodge ball. Matches were played in a ‘best of 5’ format, with each round lasting 3 minutes. 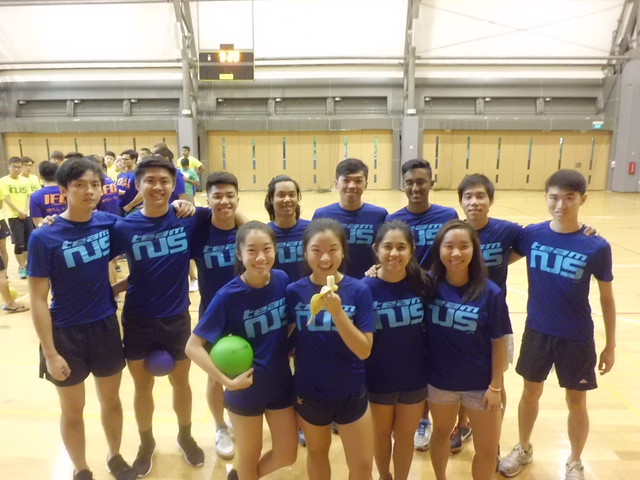 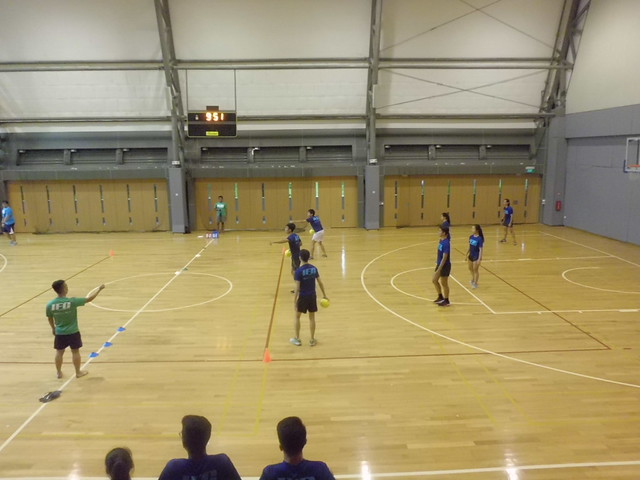 Team Law all fired up for their first match 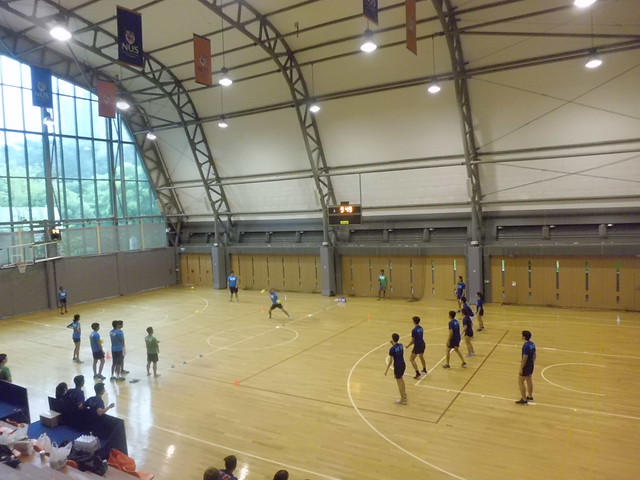 Aerial view of the entire match

The first match was played against USP, where our warriors began with a strong start, easily demolishing the opponent team in the first two rounds with great finesse. Energy was running high. Our scholarly opponents fought back hard and we conceded to them in the next two rounds, but we got back into the game, knocking them all out in the final round. We were off to a very promising start, and what used to be a distant dream of emerging victorious against at least one team now became a reality. 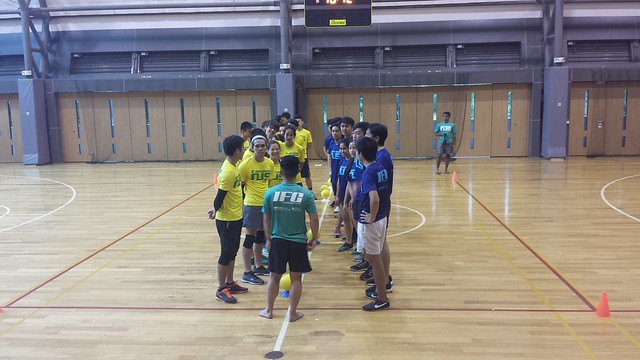 Briefing by the referee 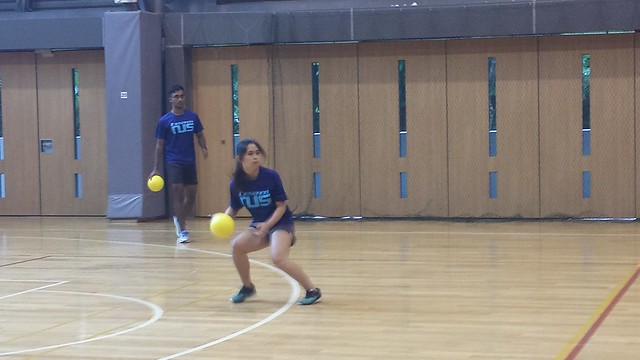 Team Law was off to a great start against what was — on hindsight — a formidable line-up from Team Engineering. Within the first thirty seconds, we were down to 4 players left on the court, whilst Engineering had 1 player. Subsequently, we emerged victorious in the first round. However, the next three rounds proved to be more difficult. Team Engineering made a fierce comeback, knocking us out in all three. Special mention to Natalie, our last man standing in the final round who displayed commendable effort dodging the sea of dodge balls hurled rapidly at her by three players from Engineering. 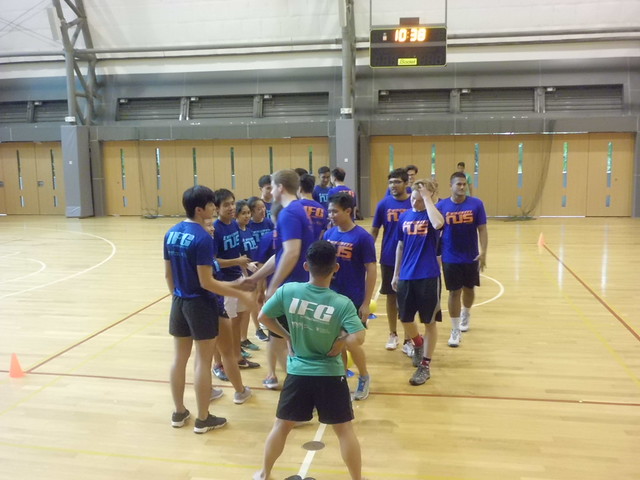 A friendly handshake prior to start of match

This was a nervously close match, with Team Law conceding two rounds at the start. However, our warriors made a fast comeback and broke even by winning the next two rounds. Notable effort by Tomoyuki Ban and Team Captain Timo who collectively fired three successive shots in the fourth round, rapidly eliminating three players and giving Team Law a comfortable lead. Unfortunately, Team Yale took the win in the final deciding round. It was very laudable effort by Team Law nonetheless. 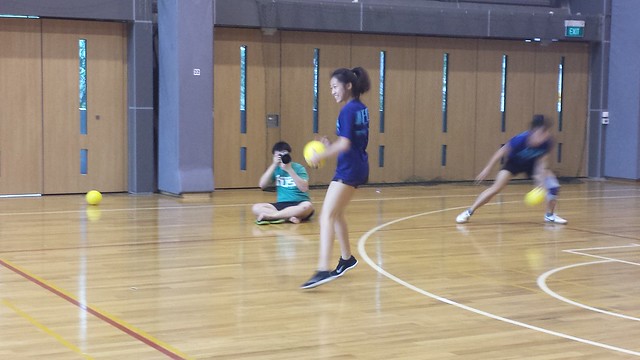 The artists were one of our fiercest opponents, their astute sense of judgment and strategy clearly evident from the start. The air was tense. Team Law had to grapple with many aggressive fake throws from our artistic counterparts and were wiped out by them in the first three rounds. Special mention goes to Eve, who held up the fort as the last person standing in two out of the three rounds, skilfully manoeuvring through dodge balls raining down upon her for a considerable length of time before eventually getting hit. 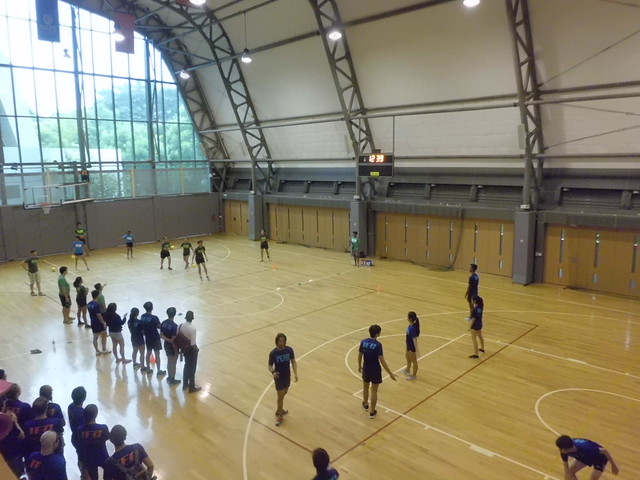 The final match was between law and dentistry. Team Law beat the dentists with comfortable ease, achieving a score of 3-1. By this time, pressure was not as high on the team and the atmosphere was considerably more light-hearted. There was even some potential budding of inter-faculty romance (ahem ahem cough cough) behind the scenes. (Concerning whom, you may ask? We’ll leave you to figure that out yourselves J)

All in all, our legal warriors put in commendable effort, displaying an unwavering spirit of perseverance through it all. The IFG dodge ball experience was a thoroughly enjoyable one. Throughout the game, there was a heartening display of sportsmanship by all teams and laughter was shared as we cheered each other on together. Perhaps the biggest takeaway from our IFG experience is the reminder to always keep calm and, in the wise words of one of our loud and passionate counterparts from Yale-NUS, always “look dangerous”.

Because if you do, you will always be prepared for whatever life throws at you. 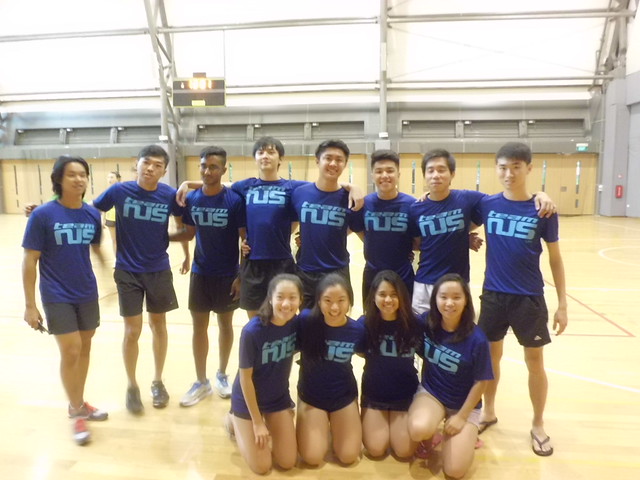