Just One Party: Celebrating One Year of Justified!

There was never any doubt that Justified’s first birthday party was going to be a great success, and it certainly was; perhaps NUS Law’s biggest and best party to date.

Throngs of students were already crowding around the entrance to the Upper Quad as early as 6pm, eager to get the party started… or to get started on the food, judging by the appearance of certain usual suspects at the buffet line.  Their enthusiasm certainly did not end at the buffet line, as the student population managed to summon up another swarm for the Koi and EKU beers that were being given out. All it took was a mere 15 minutes for all the Koi to be given out, while we had to ration the beers for a second round to ensure that people did not get too ‘happy’. 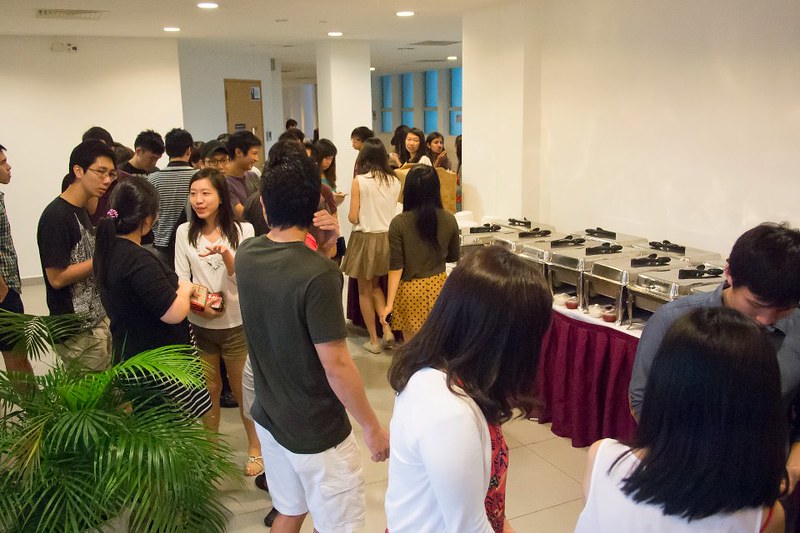 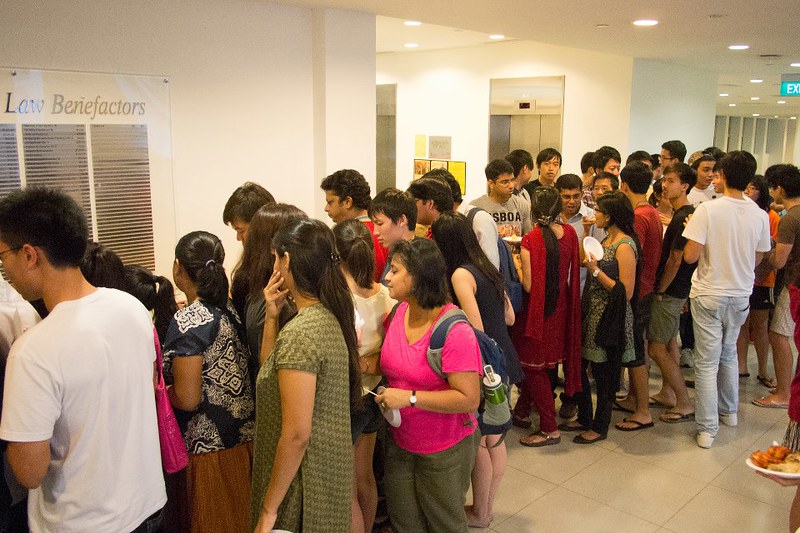 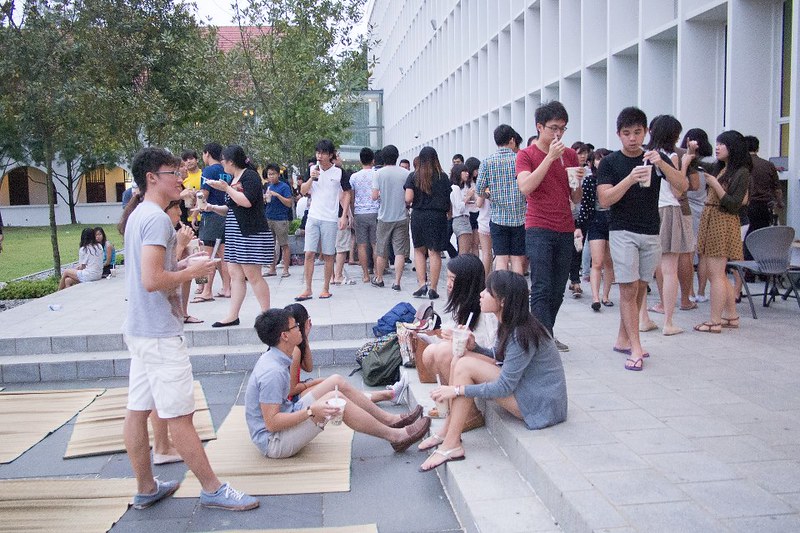 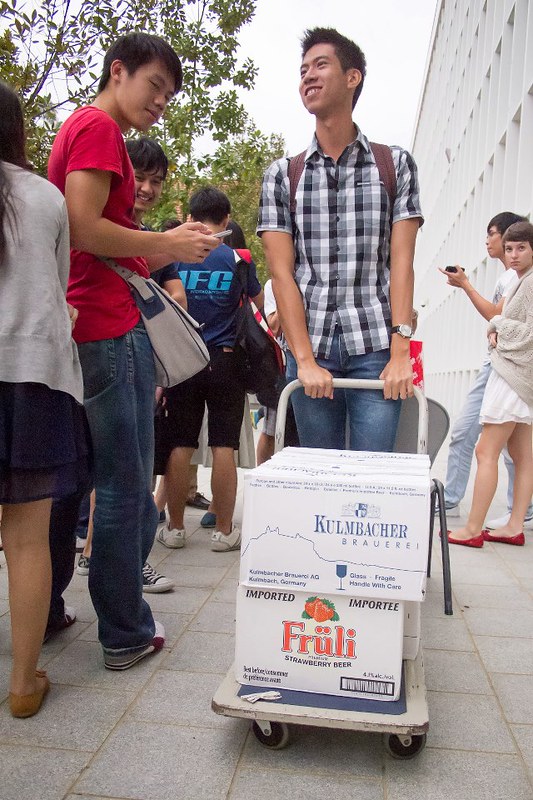 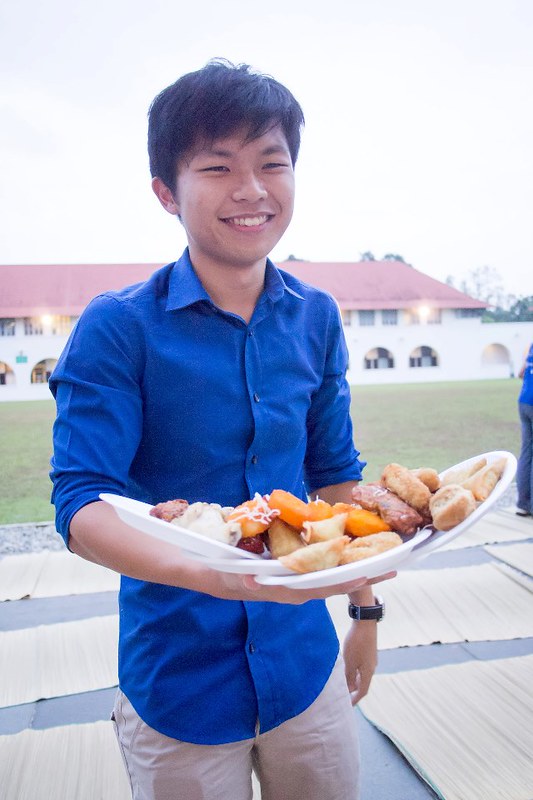 With filled stomachs and a slight buzz from the beer for some (or sugar high for others), the students retreated to the picnic mats spread around the Upper Quad’s steps to enjoy emcee Yahya’s almost-appropriate banter with herself and the myriad performing talents of law school, none of which disappointed, with plenty of chuckling, singing along, and moving of feet and heads to the melodies (and harmonies) on show. 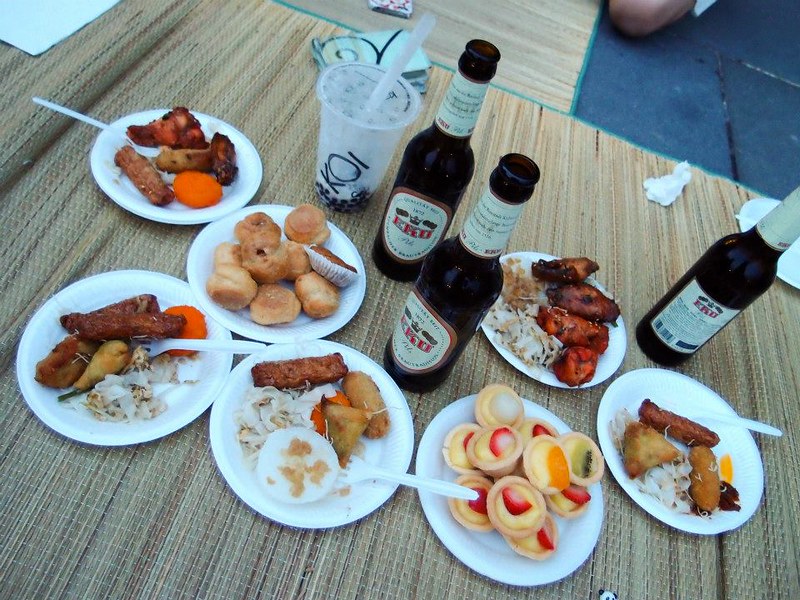 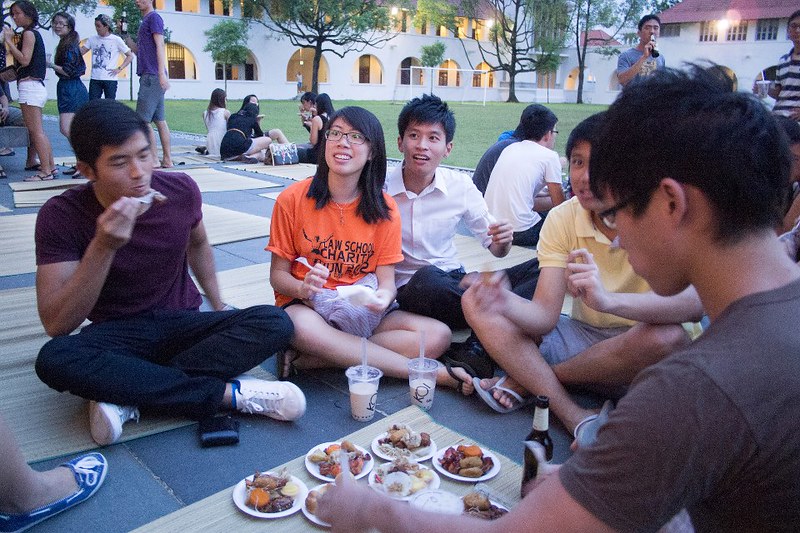 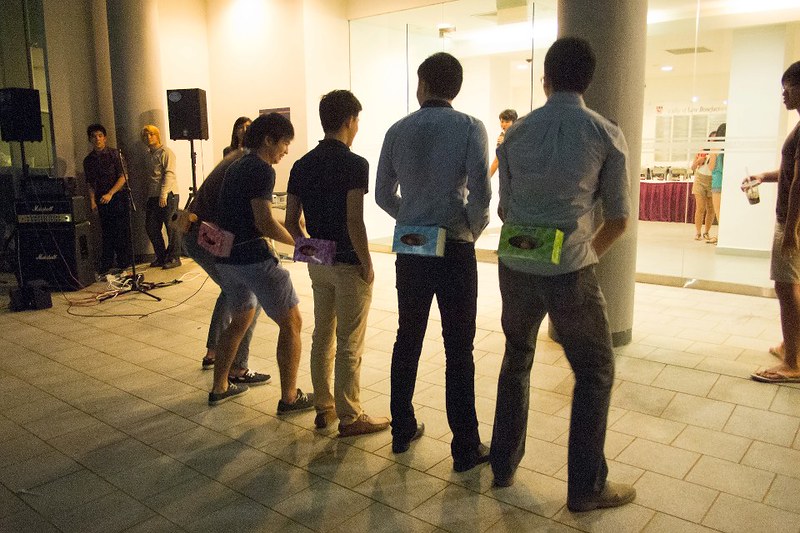 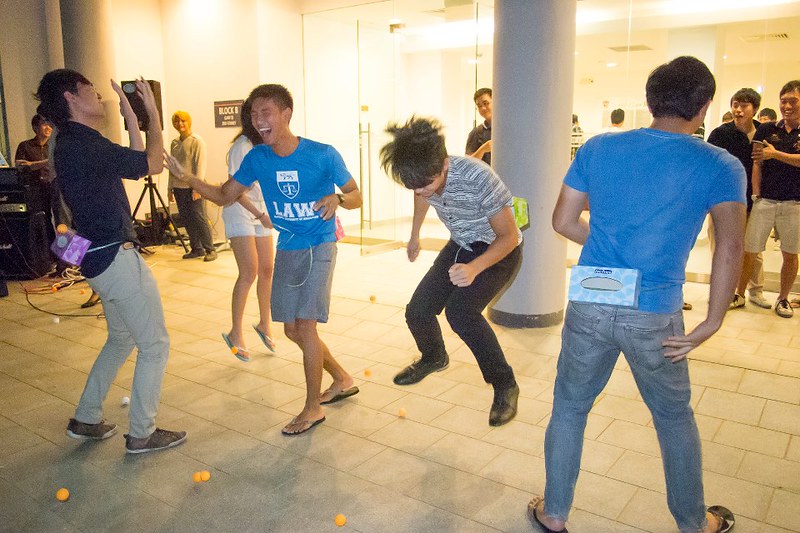 The night’s programme started off with Just One Minute to Win It: Junk In My Trunk. Contestants, including our dear leader Kenny Low, showed off their bootyshaking moves to get the junk out of their trunks. 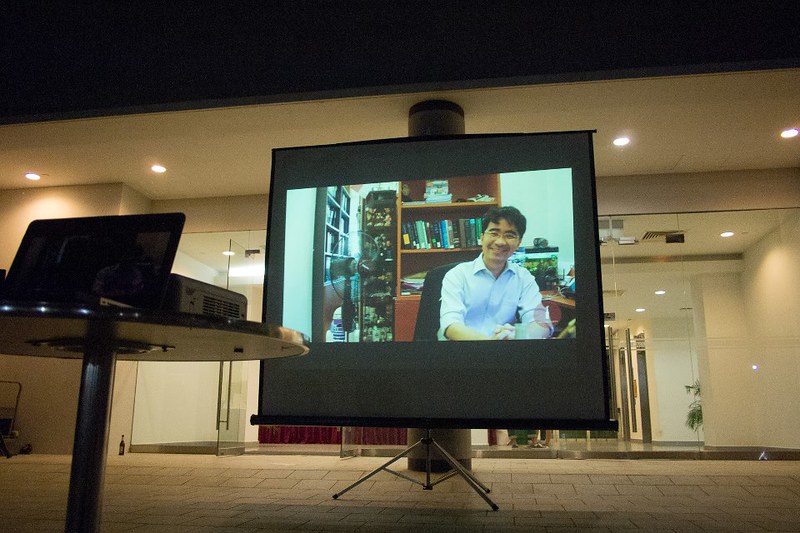 We were then treated to a video message from Law Club, the other sub-clubs and the faculty – let’s just say one of them showed off some of his gangnam style moves too. Word on the street is that this celebrity turned up at the party with this season’s latest must-have accessory – tattoo sleeves. True story. 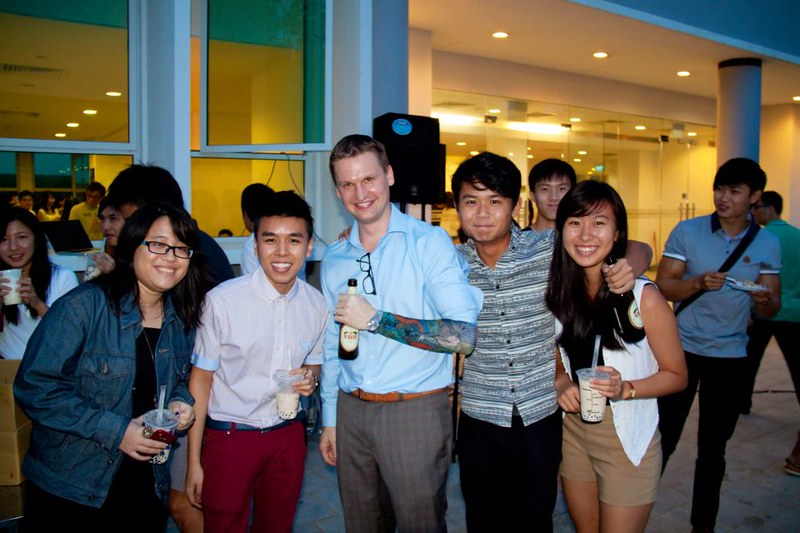 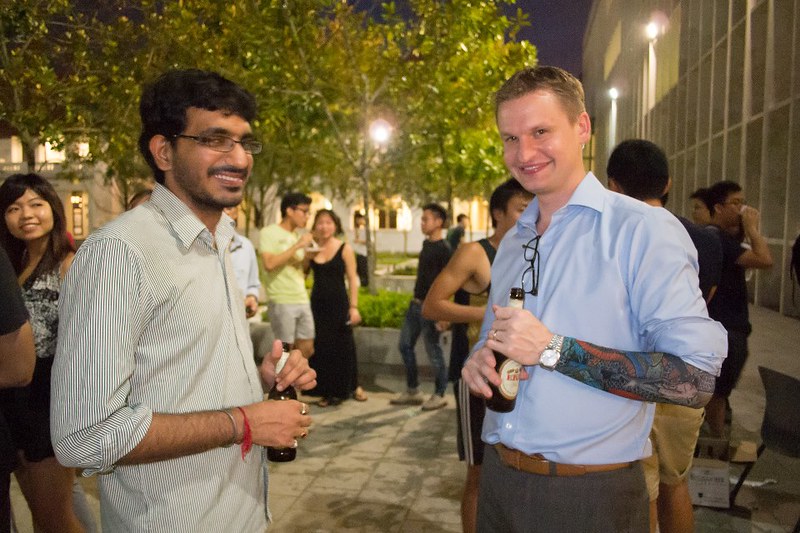 Effervescent as always, Danny and Jaime kicked things off with renditions of pop songs and oldies that got the crowd to sing along with them. They were a tough act to follow, but Eng How and Elaine managed to hold their own, with their voices filling the air with the kind of bliss only a breezy evening with friends and good music can bring. 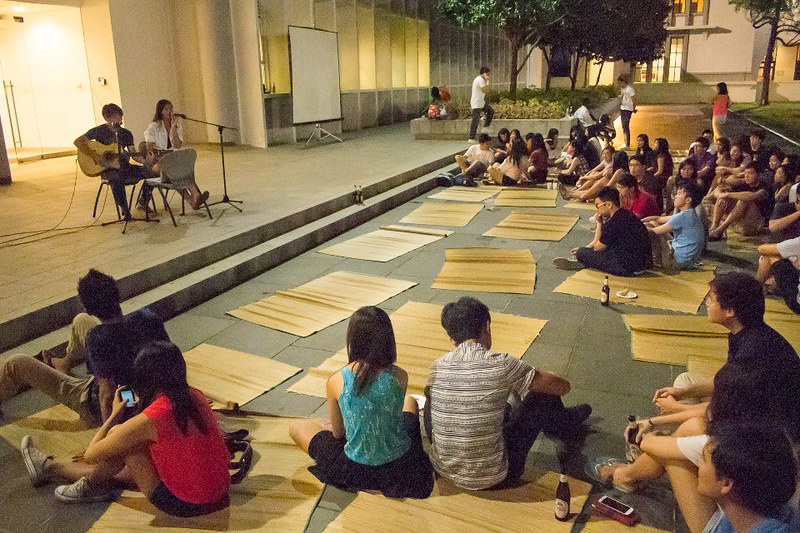 Then, out of nowhere, people started dancing – yes, it’s never a party if there is no dancing. The dancers from FREEDOM put up an energetic flash mob of a hip-hop routine, complete with break dancing and all that fancy moves. 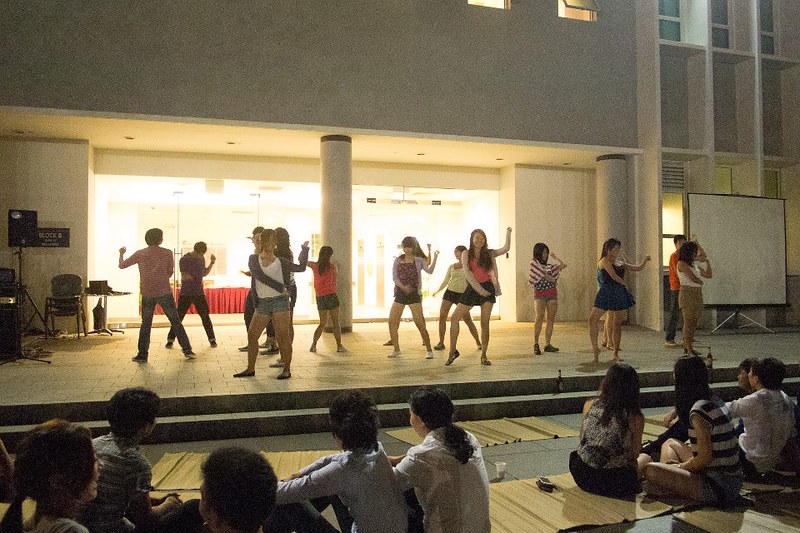 By the time A Boy Named Sue took the stage, it was fairly late, but I daresay that those who stayed on did not care, entranced as they were by Andrew’s soulful and powerful vocals, and Wesley’s intricate fingerwork on the guitar. They were joined by Elaine for a beautiful take on Falling Slowly (without prior rehearsal), which only goes to show how ridiculously talented the musicians are over here. Hot on the heels of A Boy Named Sue came another impromptu performance, this time of Bon Jovi’s Always by Nicholas Ngo and Teren Perera which was handled with aplomb by Nick’s soaring voice. 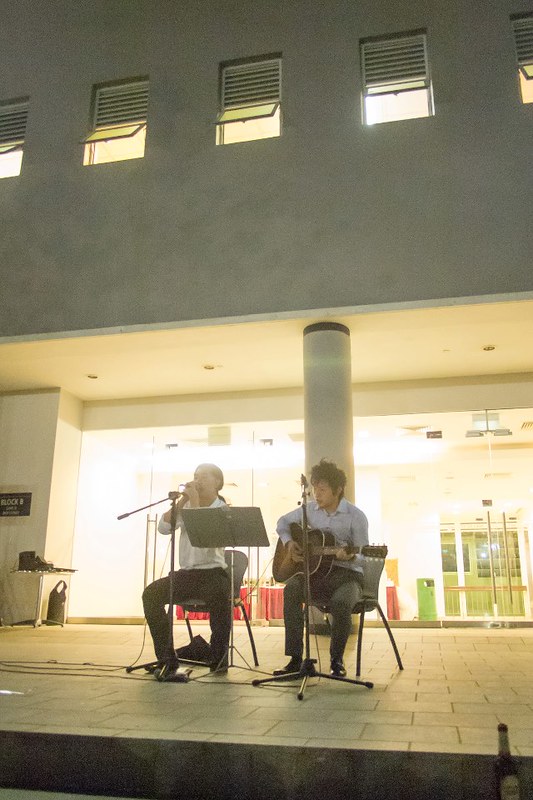 As with most good things in life, the party had to come to an end eventually. That is not to say that it died down, for the crowd was still sizeable and lively, and spirits were certainly kept high by Chief Editor Desmond Chng’s rendition of If You Stay (by Joseph Vincent) while they showed some school spirit by helping to clear the area. For those of you who missed it, I am pretty sure there are several recordings of the performances from the party, so just ask around! 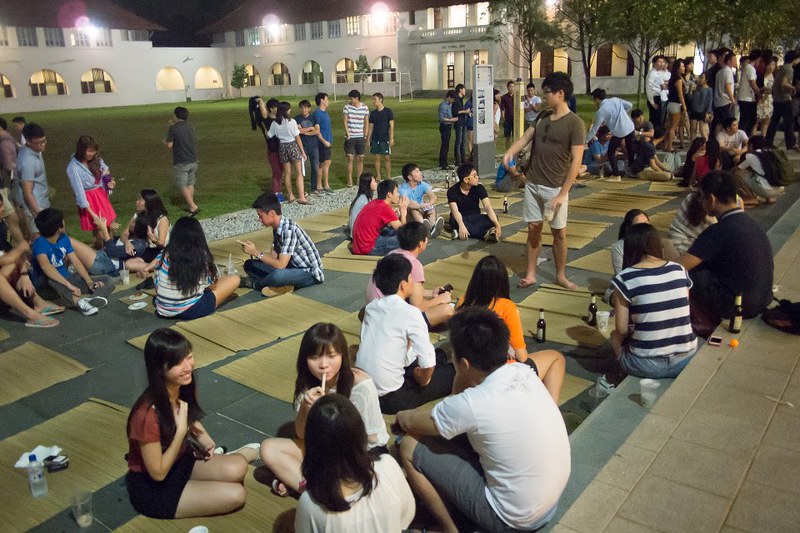 Big, big props have to be given to Desmond, Chief Editor of Law Annual and Rebecca, Welfare Director of Law Club, as well as the organizing committee of Just One Party for a brilliant night of fun that all who went will remember, without a doubt.

Happy Birthday, Justified! May the years ahead be filled with more comprehensive coverage of events and witty writings on student life.