Let’s face it: The thought of a new semester of school is hardly a cause for celebration. By the second Thursday of the new semester, deadlines are looming and even the last vestiges of hope that this semester will be a better one have been crushed by the harsh realities of law school. The good folks over at Justified understand this feeling all too well, and the annual JustOne party went a long way in helping us all feel better about the start of a new school term. 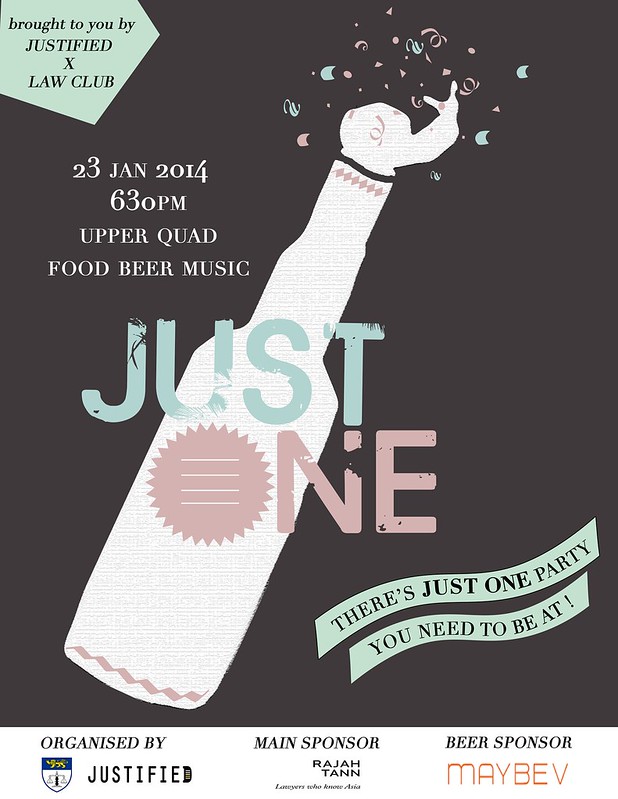 No law school event would be complete without free food and beer, and the JustOne party was no exception! With the large crowd sufficiently sated and (slightly) buzzed, the night could begin properly! The emcees of the evening, Joseph and Gideon kept the crowd entertained with their matching outfits and their witty banter, in between performances from our very talented student body. 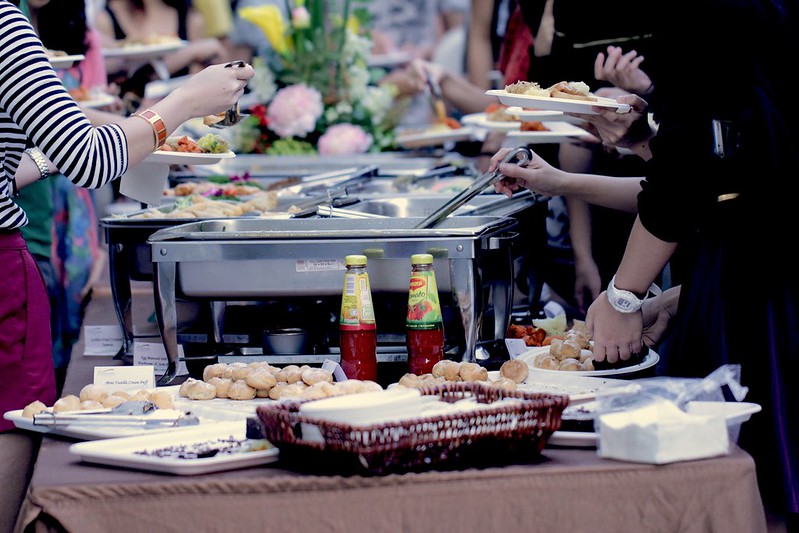 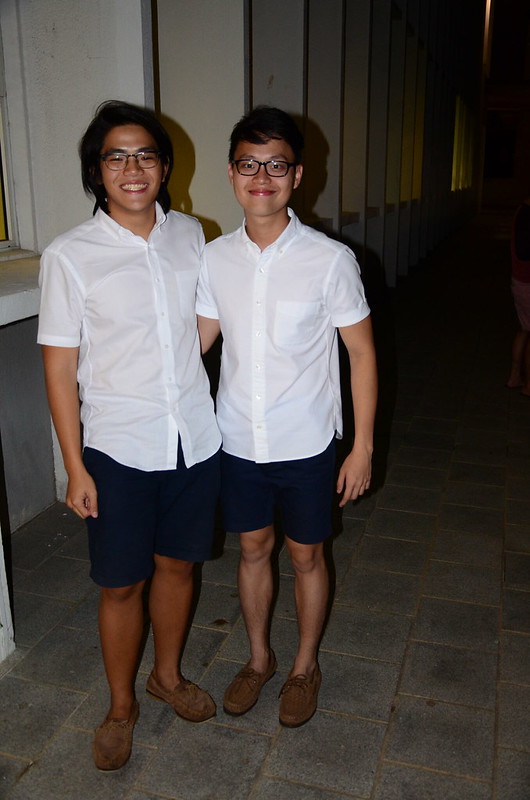 Our very amazing emcees for the night: Gideon and Joseph

The performances showcased a multitude of talent, from great song choices, to well-executed covers and even a debut of an original song! The talented Miin and Joseph kicked off the evening with their cover of Avril Lavigne’s My Happy Ending, and ended their set with 9 Crimes. Following them, was Hi-5, a band comprised of Year 1s who treated the crowd to Michael Bublé songs (among others) and an awesome guitar solo by one Dexter Cheng. As the evening wore on and the beer flowed freely, the music mellowed out to suit the mood, with Ashvin performing a couple of songs from movie soundtracks such as I See Fire from The Hobbit as well as Who Did That To You from Django Unchained. Ashvin also shared his own original song with the crowd, and by the end of his performance, gained a substantial fan base! The last musical performance of the night, Ch’ng and the Bengs performed a series of covers of popular songs such as Royals by Lorde and the infamous Blurred Lines, capping off a night of wonderful musical entertainment for the crowd on the upper quad. 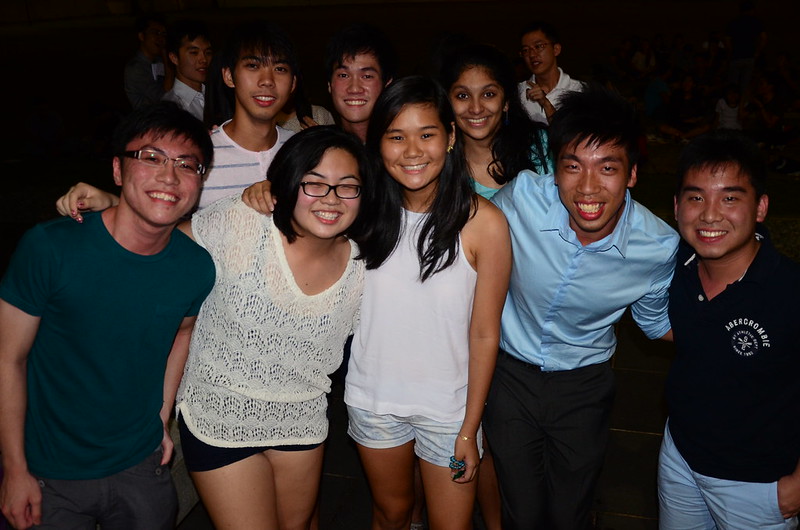 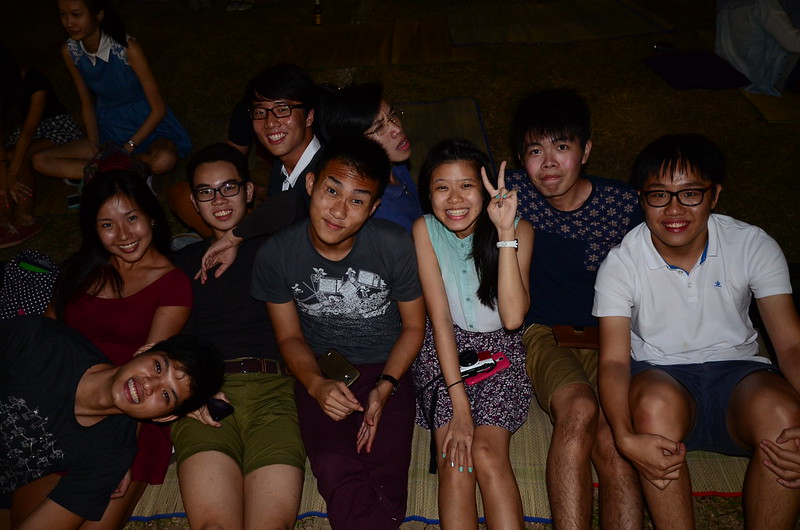 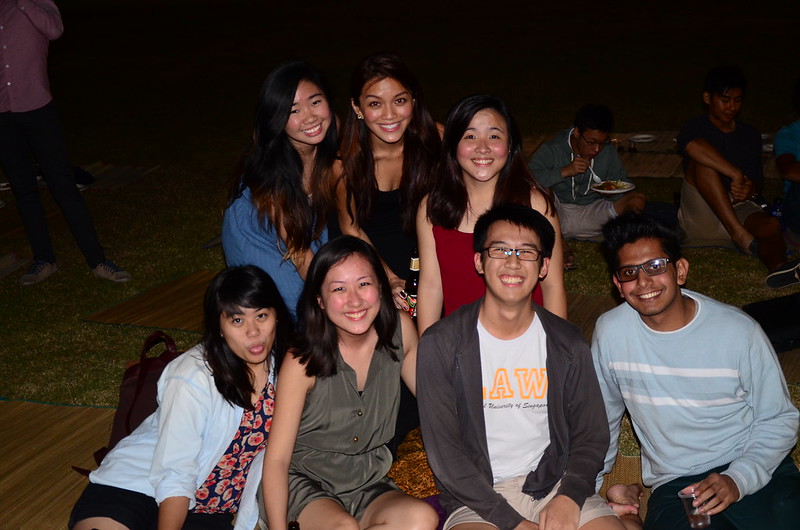 Between performances, videos were also screened, the highlight of which was the #AskTheProfs video. Questions such as “why a black t-shirt and jeans?” and “which band/artiste would you like to see perform live?” were answered by our sporting professors. If you haven’t already seen the video, or would like to see it again, it can be found right below! Our profs prove that they too are mortal just like us, being lazy to pick out an outfit every morning or indulging in guilty pleasures such as Justin Bieber or Britney Spears.

Justified also brought back many fond memories with the Just2013 video, which took a look back at the wonderful year 2013 was. 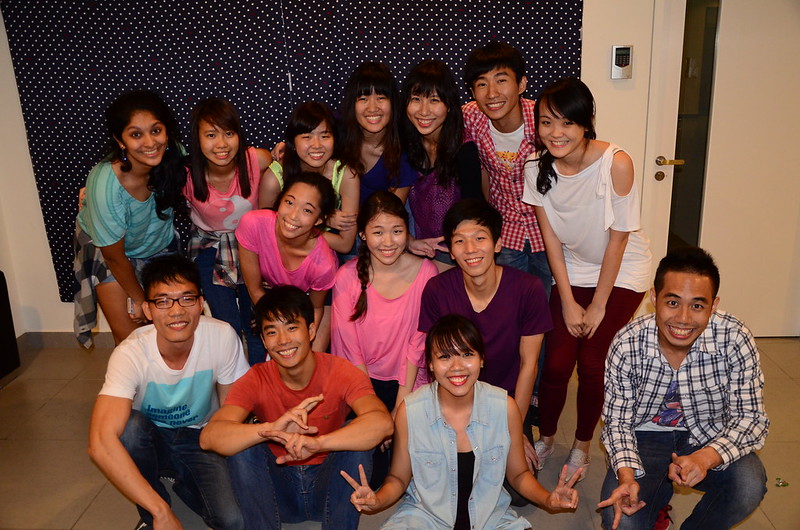 Presenting the lovely dancers from Freedom

The night, like most good things, had to come to an end, with the dancers from Freedom drawing the night to a close. After all the festivities, it was with buoyed and uplifted spirits that most of us trudged home. Through all the ups and downs of law school, we can be assured that nights like these don’t only happen once in a blue moon, and that somewhere out there in the sprawling campus of Bukit Timah, a buffet dinner awaits all those who seek it.