Wearing our blue jersey tops, NUS Law basketball players eagerly headed down to SMU Indoor Courts at 1pm for 2 tiring but enjoyable basketball matches against the Law Society and SMU Law. Everyone was looking forward to having a good time and being able to exercise away the stress that had accumulated over the week. Each match consisted on 4 quarters of 10 minutes each. Even though the duration of each match was a bit lengthier than what we were used to, everyone still played their hardest and gave it their all for the entire duration of both matches.

The first match was SMU vs Law Society. SMU had a shortage of substitutes, therefore many of their players had to play continuously with little or no rest in between. This definitely wore them out very quickly and they started to trail after the second quarter. Even though they put up a valiant fight against the Law Society, however the Law Society still went on to beat them with a score of 66-24. This was definitely slightly intimidating, especially since NUS was facing the Law Society next. However Tze Xiong (Year 2), the captain, remained confident and selected the starting line up for the match.

Kevin Chua (Year 1) won the starting tip off, tipping the ball to Tian Wei (Year 1) who went on to convert the possession for the first 2 points of the game. A good start for NUS. Subsequently, Teren (Year 1) got a few good open looks for shots in the paint and outside the 3-point line. He displayed his versatility in being able to score both the 3-point shots and shots from under the basket. The first quarter ended with NUS in the lead, 11-8.

However as the match went on, the players from the Law Society slowly begun to close the gap and take the lead over NUS after the second quarter. The Law Society was slowly pulling the score gap apart, despite Tian Wei (Year 1) making a few brilliant steals and scoring the points for NUS. Eugene Ong (Year 2) and Timon Chiong (Year 2) were giving their all, and running up and down the court for both offence and defence against fast breaks. Notably, Gerik Caesare and Tian Wei both made many assists and scored a significant portion of our points throughout the match, However the Law Society still went on to defeat us with a score of 52-34.

Our spirits were not dampened despite the defeat. We had another match to play against SMU and we were more determined than before to give it our best. We started out the match trailing SMU by a few points. But as soon as we got back into the groove, we were unstoppable. During this match, Isaac Chua (Year 2) and Bing Wei were dominating the board with their rebounds. The players from SMU also had problem getting any shots out from under the basket against Isaac and Bing Wei. This gave Yee Keong (Year 2) and Teck Ming (Year 2) the chance to score many consecutive baskets giving us, NUS a lead over SMU. They both did not shy away from any chances to drive past their defenders and score challenging jump-shots.  Zheng Yu (Year 3) did not want to miss out on the action, and went under the basket to grab a rebound away from 3 other SMU players and scored it effortlessly for 2 easy points during the third quarter.

Tze Siong (Year 2) was also giving it his all by running for one fast break after another to score countless number of points during his game time. His speed was unrivalled on the court and left his defenders far behind him when he went for fast break lay-ups. Kenneth Kong (Year 2) also displayed his basketball skills by getting his own rebound over 5 other players from under the basket after his free throw. Everyone on the sidelines were applauding when they saw this spectacular play by Kenneth. Kevin Chua and Teren displayed their ability to play together by passing each other the ball under the basket to score shots from within the mid-range.

On the defensive side, Timon and Eugene cooperated in putting pressure on the SMU players as they dribbled the ball down the court on offence. They managed to come away with a few steals and even went on to convert the steals for fast break points. After a tiring 40 minutes, we won the match against the SMU, 44-23. Congrats to NUS for the win over SMU! Even though we lost to the Law Society, however we are definitely improving as a team after the numerous Friday afternoon practices and games. Hopefully we will be able to beat Law Society next year! I am definitely looking forward to it! 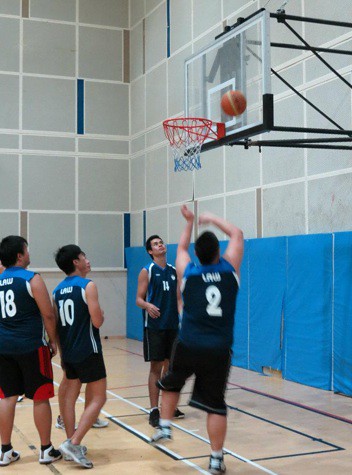 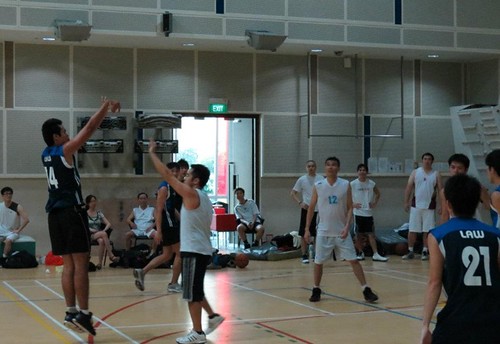 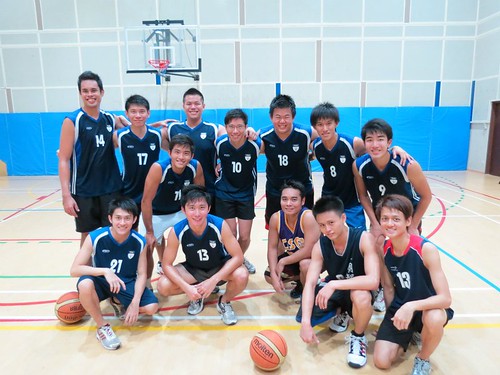