After an entire day of Tchouk-ing, Team Law is all ready to show what we had to offer at this year’s IFG. But first, check out the pictures taken to see what an awesome time we had! 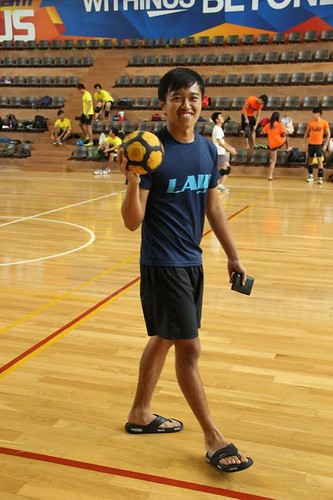 Dressed in slippers and wallet in hand, See Tow thinks this is all too easy 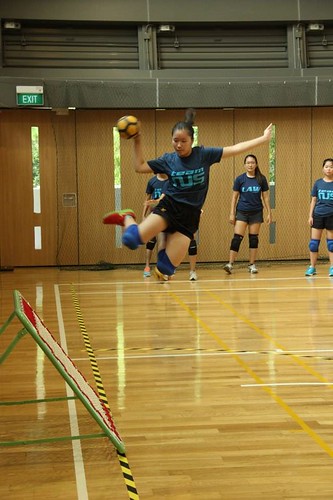 Becky prances her way in effortlessly 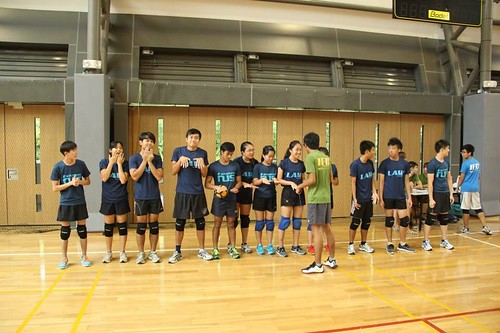 Showcasing our beautiful nails to the referees 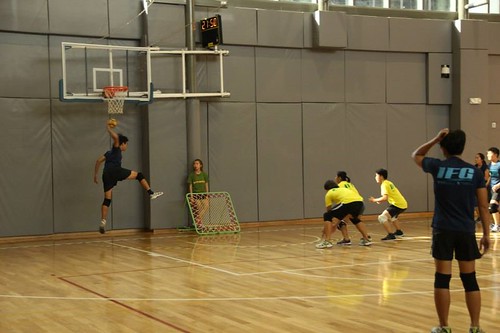 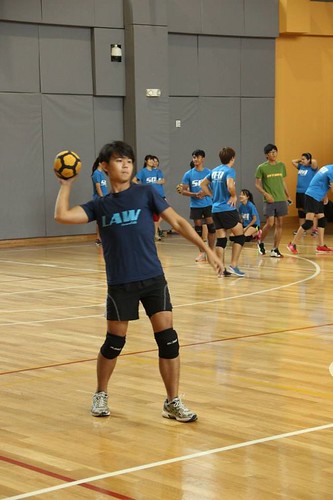 Credit must go to our team manager, Loh Tiankai (Year 3) whose superb photography skills made everyone look exceptionally good. This tchoukball team which was formed a week before the IFG is captained by our very own Siow Wei Loong (Year 1), also known affectionately by the team as “Long-ge”. He had gamely taken up the challenge of captainship when he heard Law was not going to send a team out for the Tchoukball IFG. Its members were Tan Yong Quan (Year 1), Clarence Tan (Year 4), See Tow (Year 3), Joey Lim (Year 4), Terence De Silva (Year 1), Leon Vincent Chan (Year 1), Cheryl Lim (Year 1), Melissa Tham (Year 1), Tan Phoebe (Year 1), Lu Jia Ling (Year 1), Rebecca Koh (Year 1) and of course, the best team manager cum driver in the world, Tiankai.

The team definitely had players to look out for.  We had Terence who could throw high balls across the court with such ease, See Tow who surprised the opponent with shots from random places at random angles, Becky’s mad defence skills, and Clarence, whose power shots which left our opponents scrambling to catch the ball. 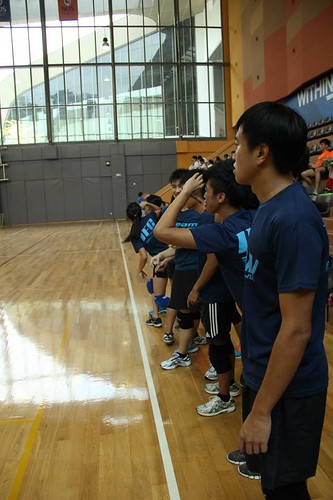 Clarence: “What opponents? I don’t see them.”

Sadly, despite fighting hard, the newly formed team was no match for our opponents who were no doubt more experienced. Some of their moves were executed with such cool techniques that we too were impressed and in awe. We didn’t manage to win the other faculties, save for Dentistry which didn’t even have enough members to form a full team. However, we are proud to say that everyone had given their best shot (see what we did there?) and played to the best of our abilities.

Still, in spite of our losses, there were many silver linings in the cloud for this easily contented team.

For one, none of us got our faces smashed by any of the balls. Also, our performance arguably got better as the day went on, testament to how we kept the best for last. And it wasn’t just our performance that improved, our Mandarin improved exponentially as well! It was not long before we were shouting “å¥½çƒ!”(good ball!) and“æŠŠæ¡!!”(seize the opportunity!) just like all the other pro tchoukball teams. We might not be (as) professional in technique, but we were there in speech (and volume). We even cheered in triumph as we lost to engineering 15-29 because we had scored double digits against this formidable team! 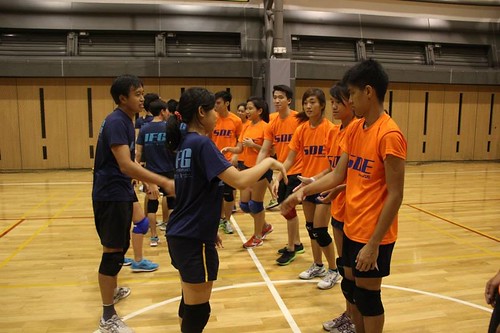 Thank you for helping us with our Mandarin! 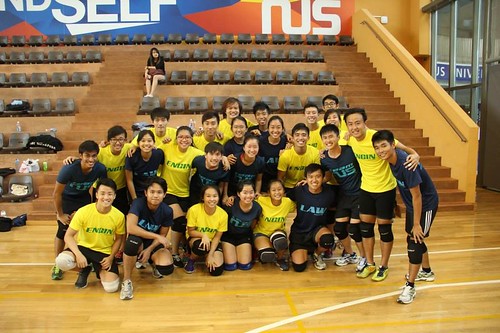 Our triumphant loss against Engineering deserves a group photo together with them (ft. Random girl at the stands)

Yet, what was most important was the camaraderie built amongst the team. The team members had encouraged and supported one another throughout the games, and everyone had a good time despite our losses. By the end of the day, we were no longer surprised by any nonsense that See Tow sprouted, and we got used to Joey’s fanta-bulous hair flips, Phoebe’s enthusiastic learning of tchockball lingo and the guys’ ogling at cute girls. Such were the characters who make up the Tchoukball team. It was indeed a fun-filled day shared with wonderful (though nonsensical) people, and definitely an experience to remember for a long time!

In the words of our own captain, “This is nothing. Wait for LawMed Games.” 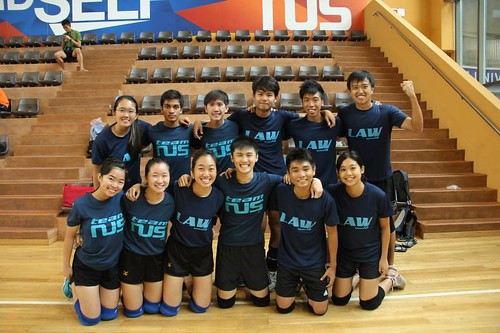 P.s.  The tchoukball team is going to try and meet up maybe once a week or so to train, exercise and basically have fun, so anyone who is interested in tchoukball please contact anyone in the team and feel free to come down and join us! Perks of playing tchoukball include increasing your stud and swag levels (refer to the fourth and fifth pictures to get an idea of what we are talking about).