Saturday mornings are hardly brisk affairs. Most are spent indulging that vein of inertia deep in our bodies. If the phrase ‘vein of inertia’ proves too pretentious for you, it might be suffice to say that Saturdays are typically lazy days. ‘Lazy’ however, was hardly the appropriate word to describe our girls as they slugged it out at the handball courts that morning.

Handball, depending on who you ask, may be considered a rough, dirty sport. And sure enough, the pre-game proceedings ominously foreshadowed the match to come. Indeed, what I had originally thought of as an innocent nail check, was given a devilish twist by one of the seniors: “they’re checking nails to make sure they won’t scratch each other later in the catfight”. 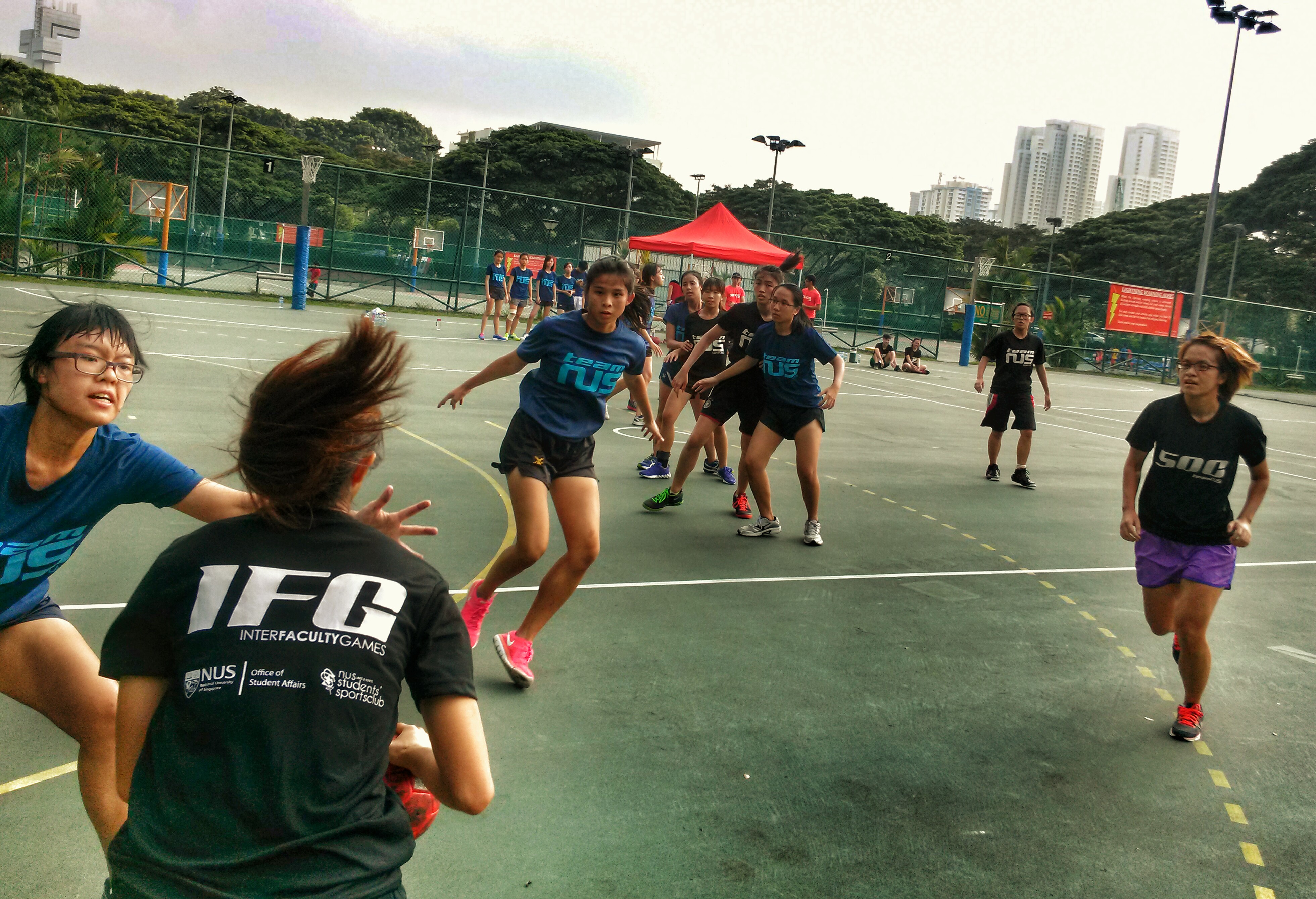 All hands on deck for defense

Handball is a game of roles and is much like basketball in that regard. At any given time, every team takes on either offense or defense. Unlike soccer, where strikers may perhaps be expected to stay up-field even when their team is being invaded by an offense, handball sees the whole team either on offense or defense. That is to say, your team is one entity. The problem is, when the ball switches possession, the roles radically invert and if you are not quick enough to catch that, your team switches role while one (wo)man short. As fatigue sets in, teams often come apart with members not running back quickly enough during defense or not tagging along swiftly enough to assist in team aggression. 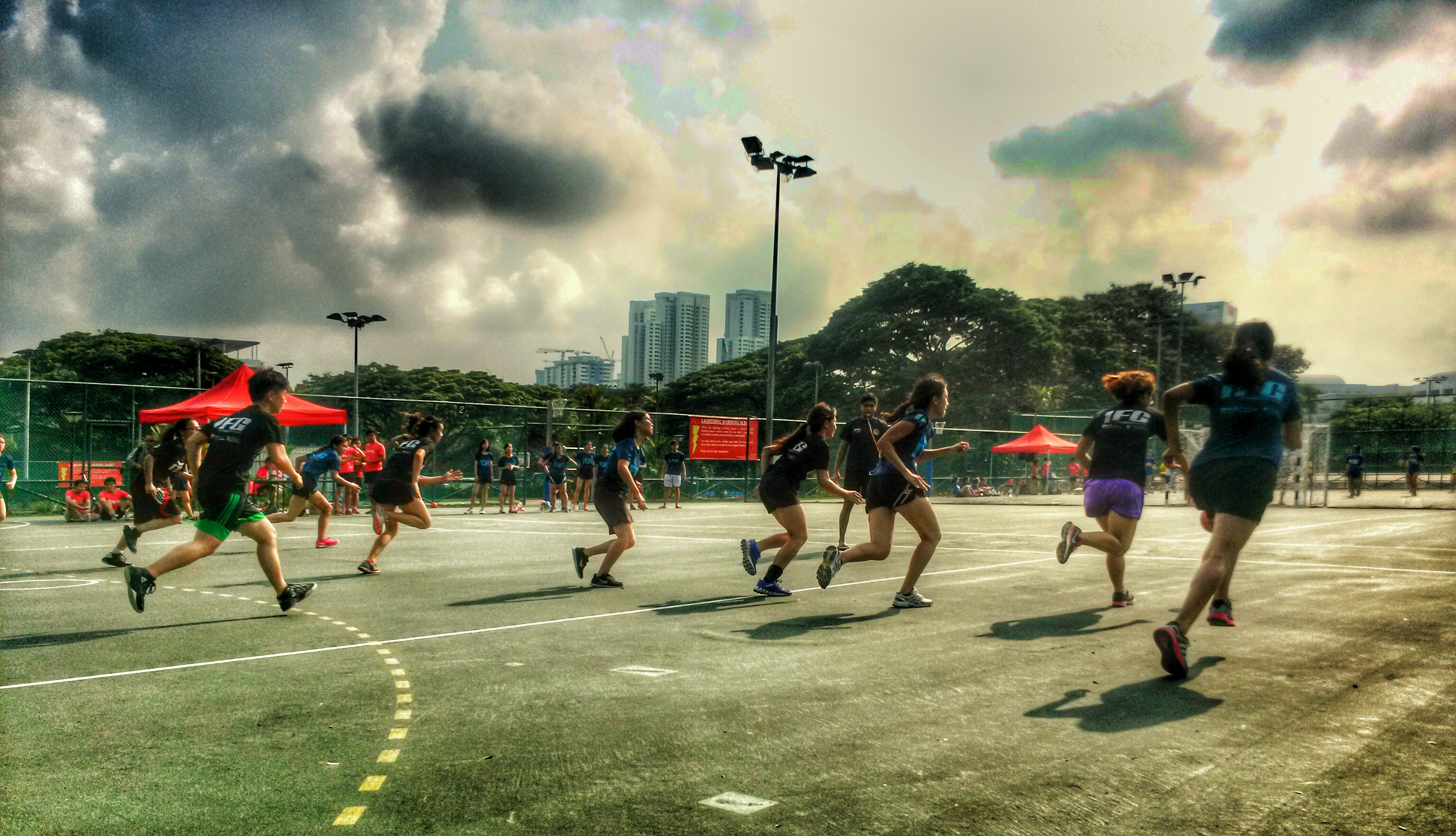 That is where our girls differed. Though visibly fatigued, our team was also visibly a team. So when I wrote that the team ‘soundly held its defenses and aggressively made its advances’, the emphasis was not so much on their actions, so much as the fact that they could be accurately described by the singular pronoun, ‘it’. They were quite obviously a singular team rather than plural members. 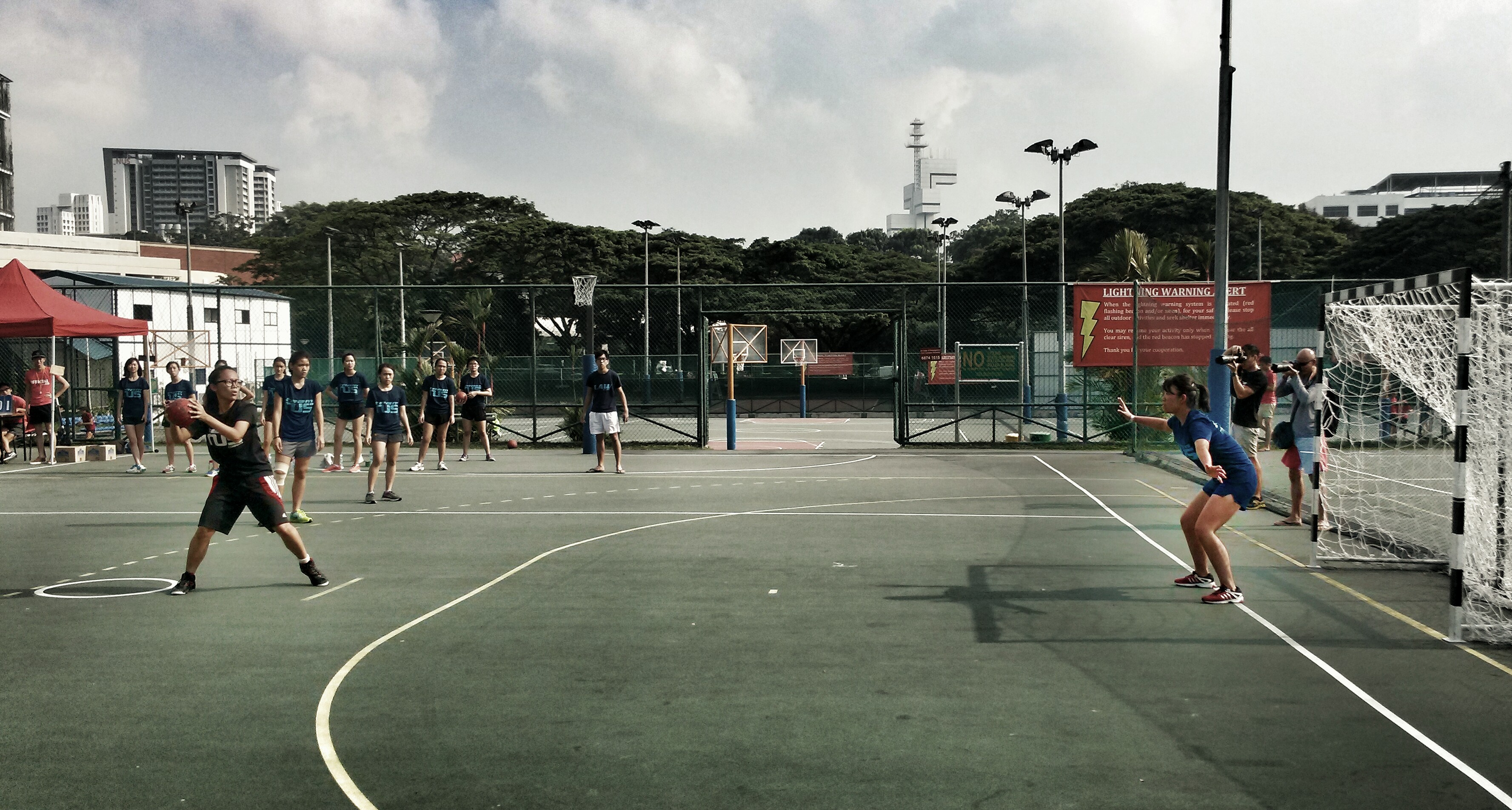 Even a team has moments of individual glory: Valiant goalkeeping for terrifying penalties

Alas, the girls were eliminated from the qualifiers, having lost to School of Computing (1-3), Faculty of Engineering (1-2) and Faculty of Science (1 -7). However, Carmen, the team captain, remarked that she was “very proud of the big improvement everyone had made”, adding on that this was especially so since most of them were first-time handball players.

Funnily enough, when I asked Carmen if she’d like me to include anything additional for the article I was writing, she remarked that it was strange I was doing an article on Women’s Handball. Indeed, women’s handball did not have a feature article last year. This led her to conclude that “Wow justified [is] really taking IFG seriously this year.” Well, judging from what I’ve seen today, I can’t help but think that our coverage speaks more about the team’s merit than anything else. 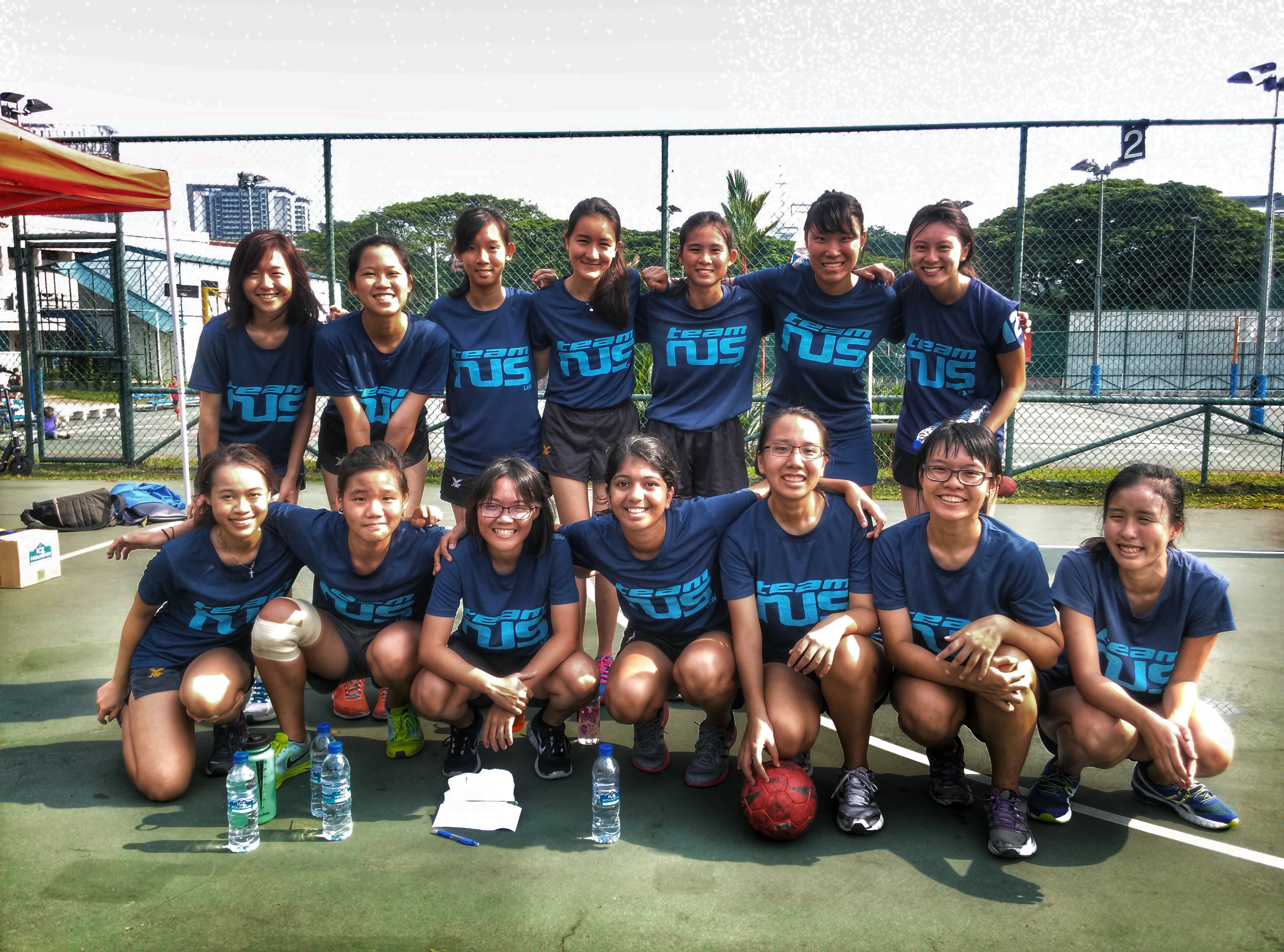