Amazing performance, great talent and hilarious cast — that was what I witnessed at this year’s Law IV musical put up by the graduating class of 2012. Law IV is an annual Law School tradition (among many others) where the graduating class puts up a musical production for charity. This year, all sales proceeds are going to the Tan Ah Tah — Singapore Association of Women Lawyers’ (SAWL) Fund and Gracehaven Children’s Home. The auditorium was packed when I strolled in, and just like in the GRC system, the audience was made of up a full spectrum of people: students of all years, alumni, friends and family. It was a heartwarming sight. 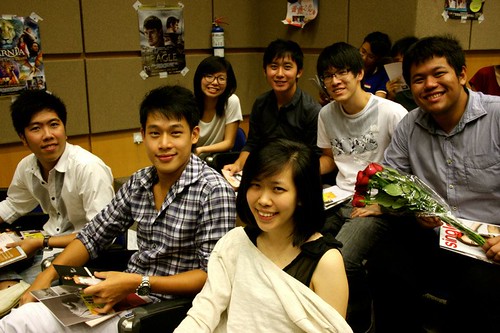 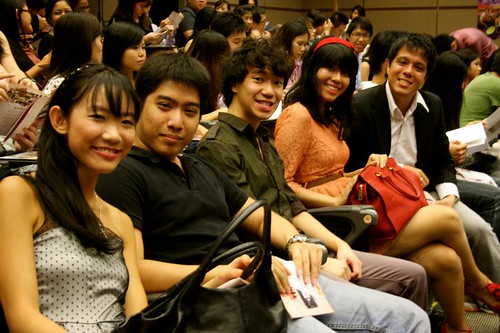 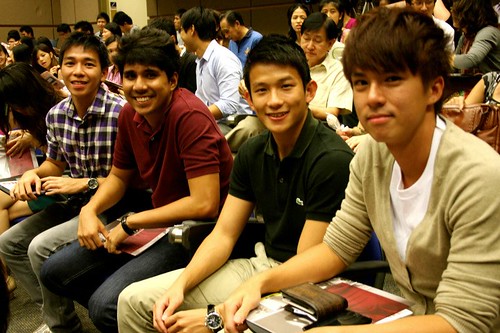 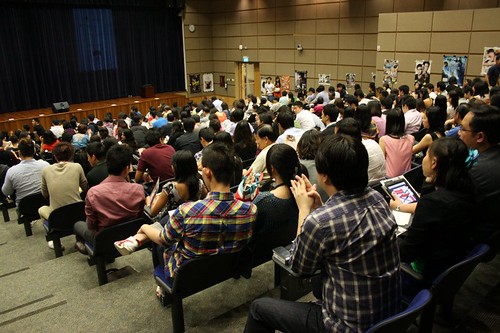 This was my first time attending a Law IV musical and to be honest, I did not have very high expectations and perhaps even a veneer of healthy scepticism of what could possibly come out of a non-hall and non-liberal-arts production. But boy was I dead wrong, and I was captivated from start till end. Here’s 3 reasons why:

Amanda (Law Annual’s photographer) and I had the opportunity to slip backstage just before the doors were open to see how the cast were preparing themselves for the final show. Naturally everyone was dressed in elaborate costumes, with makeup thrown all over their faces, and their hair (some wigs,  others not) deliberately and decisively messy. As we approached the cast for close-up shots, they were already in character — not only in their outer appearance but their personality, mannerism and speech. We were impressed and amused at the same time, especially with cross-dressers like (Mr.) Bing Wei who played (very realistically if I may add) Auntie Bee Lian, a very very very well-endowed lady. With this backstage teaser, we knew for certain that we were in for a treat. 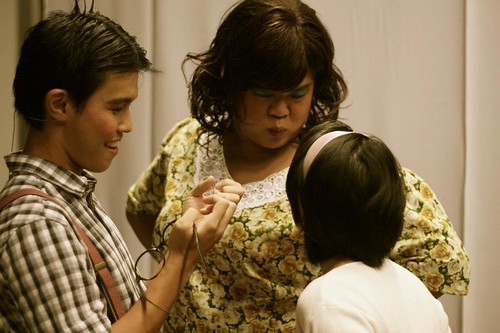 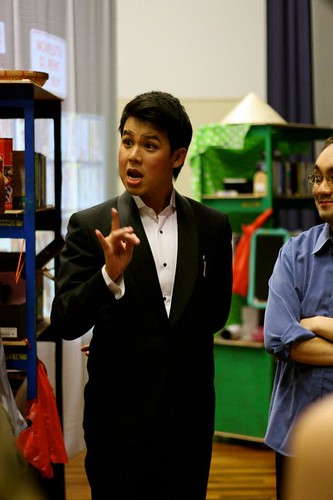 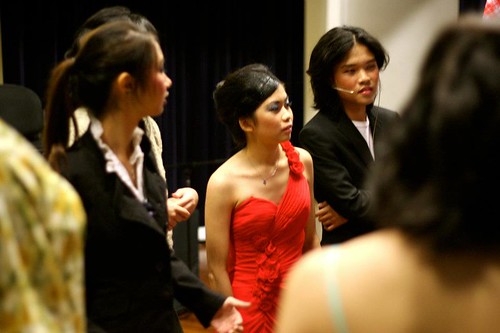 What left the greatest impression on me was how the storyline was able to weave a variety of humour — a crucial element that the author feels all performances should have — at numerous occasions. 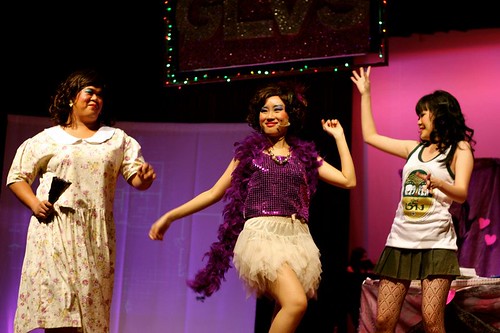 Chiu Kuan, who played Geok Lian, Bee Lian’s sister, went all out and shook her tail feathers in the seven-month glitz-attire. 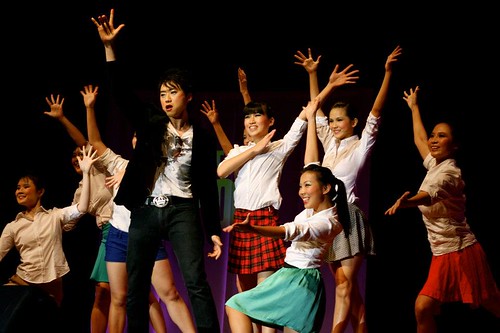 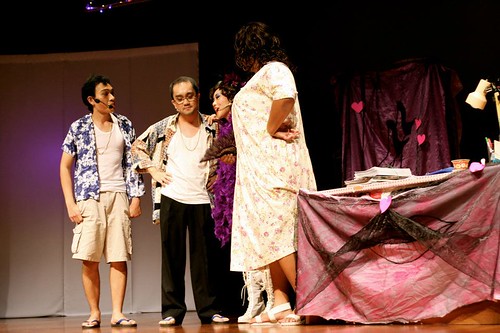 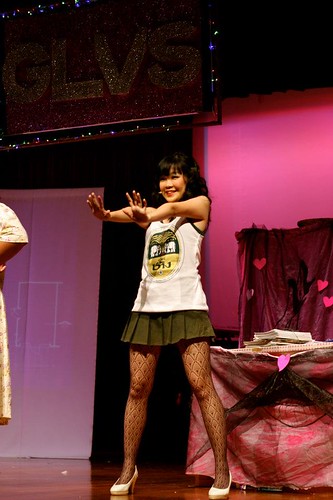 One of the beer-ladies who spoke and acted with the mannerisms of Lulu (from The Noose on Channel 5) with her heavy Chinese-accented broken-English.

Of course, who can forget the overt ad-placement of Singtel and Dress-sense (sponsors of Law IV, among others) in the storyline, which was cliché yet surprisingly hilarious.

There were many other funny lines as well:

Jasmine (Samantha Shing): “He is Nathan Pok, some say the answer to Justin Bieber”

Lorenzo (Tan Yu Hang): “How is that even a compliment?”

And the cop duo’s dramatic emphasis on “our ASIAN VALUES” — a clear allusion to our Court of Appeal judgements — when attempting to arrest the Lotus Sisters for allegedly operating a brothel.

I was completely amazed and blown away by the musical talents of the supporting crew. The songs played at the musical were 100% original, composed by our very own students. The lyrics of the songs were very well written as they were very closely-linked to the plot and interspersed with lots of puns and insinuations. Furthermore, there was a live band playing for the entire show. 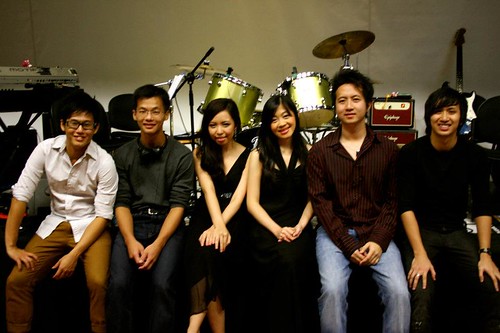 The amazing coordination of the behind-the-scenes staffs such at the lighting man, sound man, overhead stage hands and backstage hands that altogether ensure a smooth performance. 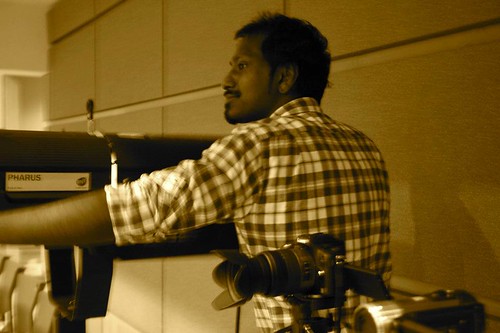 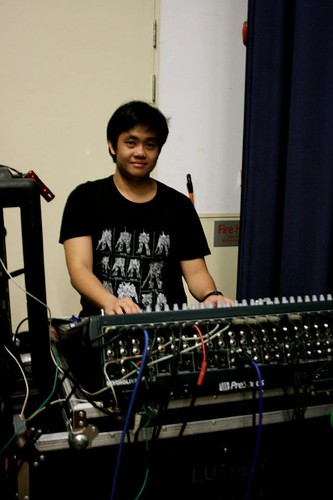 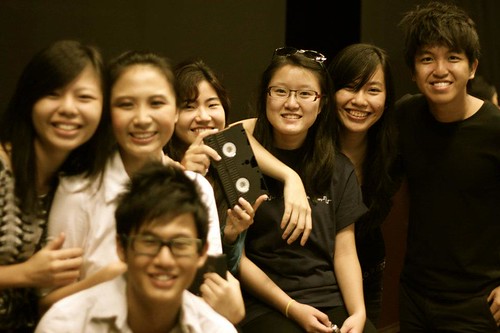 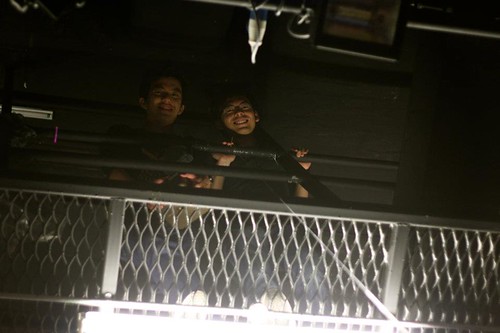 And of course, the dancers who gracefully (and very sexily) danced around the singers in sync – without them the musical would not have been complete. 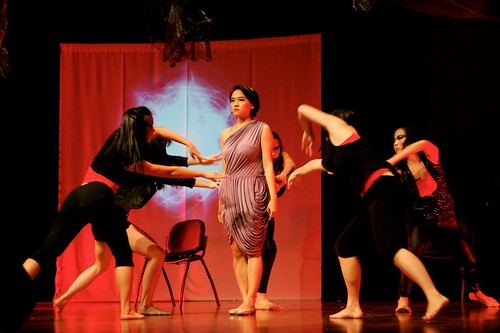 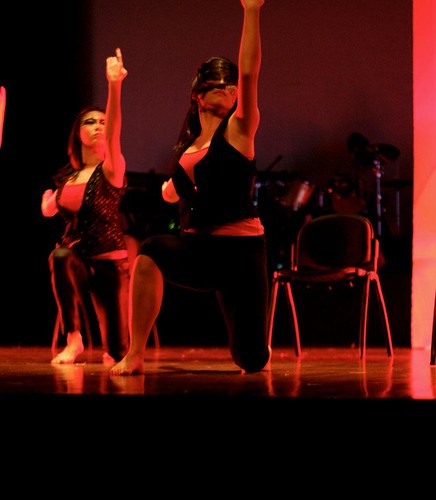 In conclusion, Play Back Forward was certainly an eye-opener. It is heart-warming to know that students and alumni of all years gather once every year to watch this long standing tradition. A standing ovation would not have been sufficient to thank the amazing production by Class of 2012. 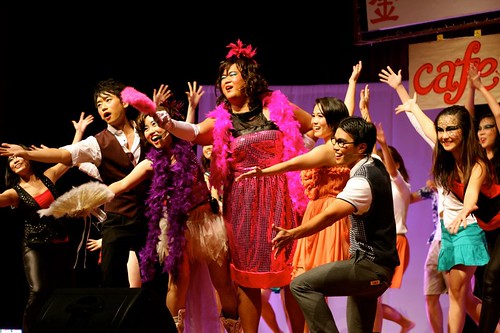 To learn more about the cast, please read our behind-the-scenes exclusive interview: https://justified.nuslawclub.com/?p=1629

More photos are on Overheard.

Hear what the winners of our Law IV Tickets Giveaway have to say about the musical: https://justified.nuslawclub.com/?p=1902