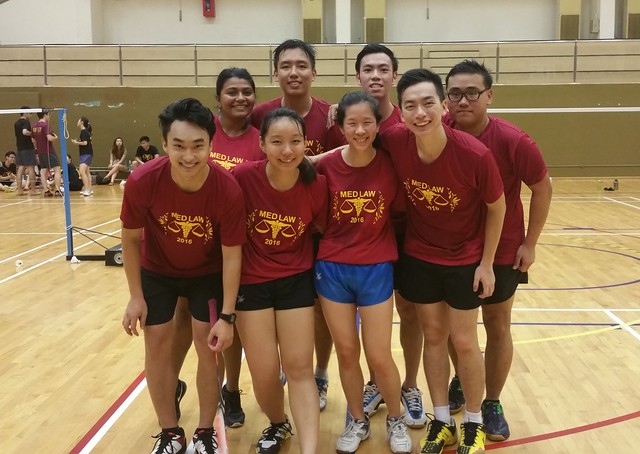 Defending their title as the winners of Badminton in the last Law Med Games is no easy task, but the Badminton Law Team bagged a win by successfully beating Medicine in three of the five categories. From 11am to 1pm on Saturday the 6th February 2016, our shuttlers darted back and forth across the court, dishing out impressive flick of the wrist movements which sent the shuttlecock successfully back across the net. 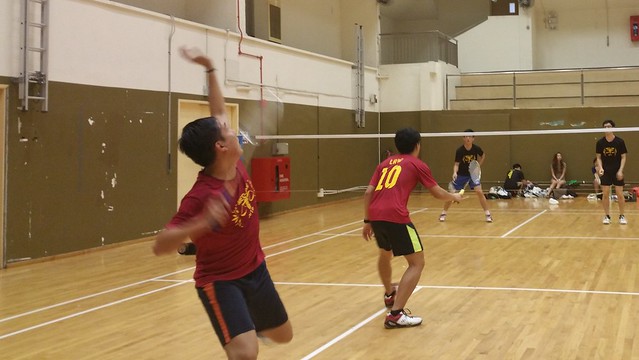 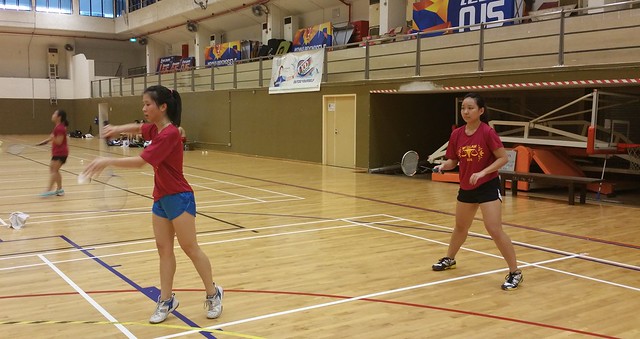 Women’s Doubles, Min Hui getting ready to serve, while Boon Xin is on alert.

Men’s Singles, the world around Elvis blurs as he only focuses on the shuttlecock.

Mixed doubles was the last match of the day, and representing Law were Ivan (Year 2) and Medha (LLM). Despite the best of efforts by our players, victory in this category was yielded to medicine only after a hard and long fight. 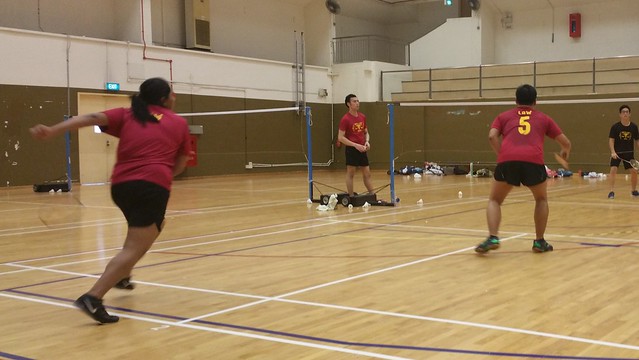 Mixed doubles, with Medha and Ivan

At the end of the day however, Law Med games is all about having fun. 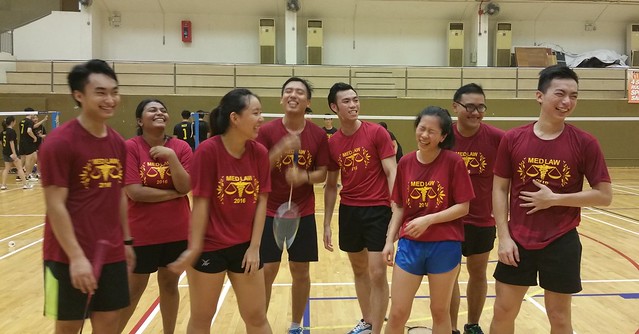 Doctors and Lawyers can be great friends as well, as evidenced by the photos below. 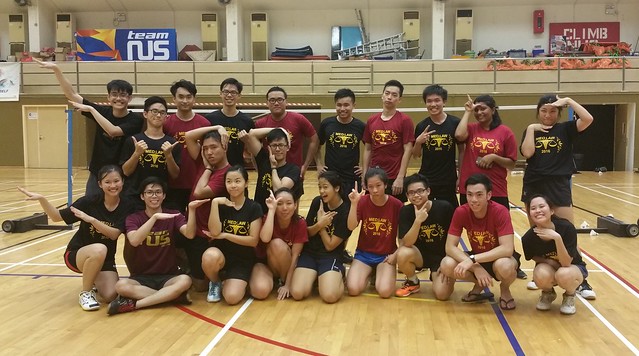