Serangoon is a town situated in the central part of the city-state of Singapore. Serangoon boasts of awesome places such as the humongous shopping center Nex, fantastic Chomp Chomp Hokkien Mee and a quiet little provision shop that sells ‘Post’ brand cereal at incredibly cheap prices.

A little known fact is this: Serangoon also happens to be the hometown of Law-Med basketball hero Dillon Tan, a first year student in our Law school. History tells us that the man plied his trade with the Raffles Institution and Raffles Junior College basketball teams in his younger days. That was before army happened, and basketball faded into the periphery as Dillon sat back on the couch watching Kobe, LeBron and Durant’s NBA battle royale on TV instead.

Well, history has a strange way of igniting the subtle embers of potential glory. Fast forward a handful of years later, Dillon faced the herculean task of playing in his very first Law-Med basketball game (IFG no count). The freshies heard about the animosity and bad blood between both sides, the real Rocky Balboa vs Ivan Drago was about to unfold.

This is the point where we consider a longstanding quote that has empowered nervous men over the course of humanity: “The future is scary but you can’t just run back to the past because it’s familiar. Yes it’s tempting… But it’s a mistake”(Robin Scherbatsky & Barney Stinson, Season 6, Episode 24, How I Met Your Mother). With that, Dillon slipped on his sneakers and dropped his 15% weightage LAWR obligations to suit up for the game of his life. 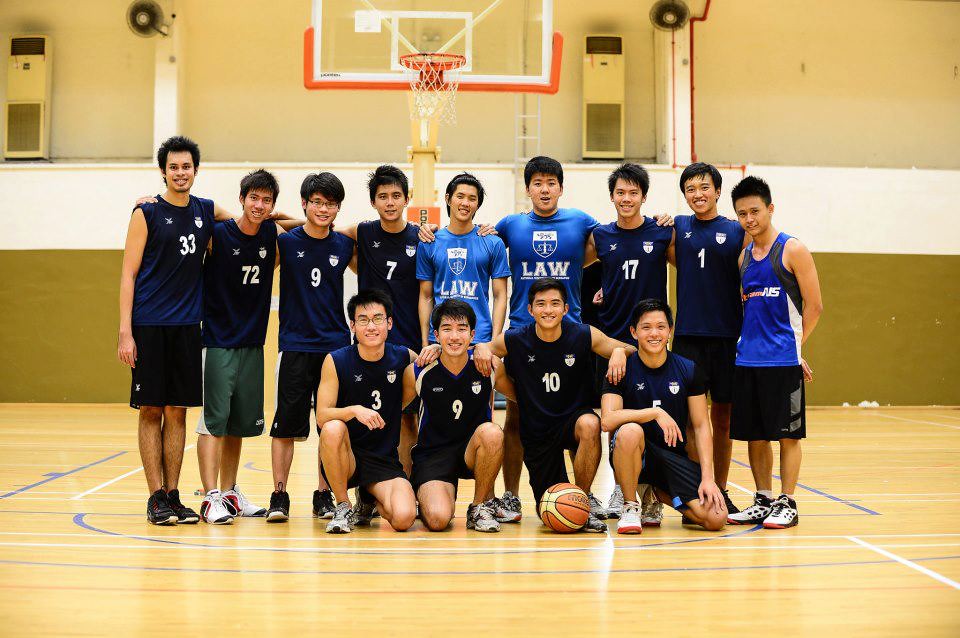 Only a handful of year 1s showed up to support the Law team as they got down to business in the obscure (and soon-to-crumble) Sports Hall @ NUS Kent Ridge. Both teams struggled with mid-term obesity and unfitness as the game remained scoreless for a good 5 minutes. Baskets were traded all the way till the halfway point. Eric Huang (Year 1) and Alvin Ee (Year 2) were also a bonus for the Law team as they put in good defensive minutes in the second half. A head above the rest, dean’s lister Teren Perera (Year 2) chalked up some points with good offensive rebounding. Eventually, old age and an exhausted stamina took their toll on him as his all-out efforts drained his energy quickly (less smoking bro!). 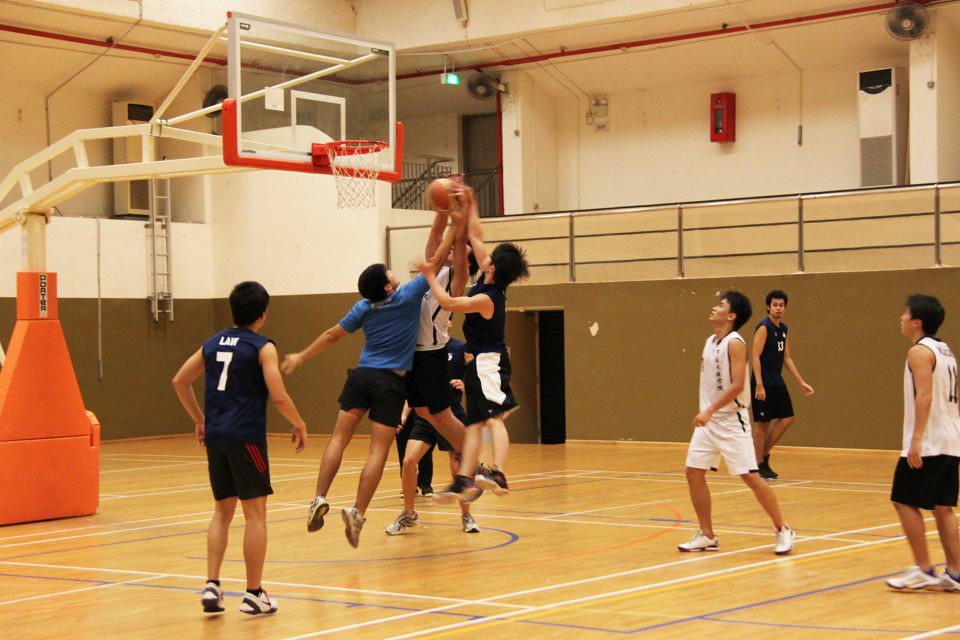 Jin Sei and Eric ABSOLUTELY crush this one. However, it was also a foul. 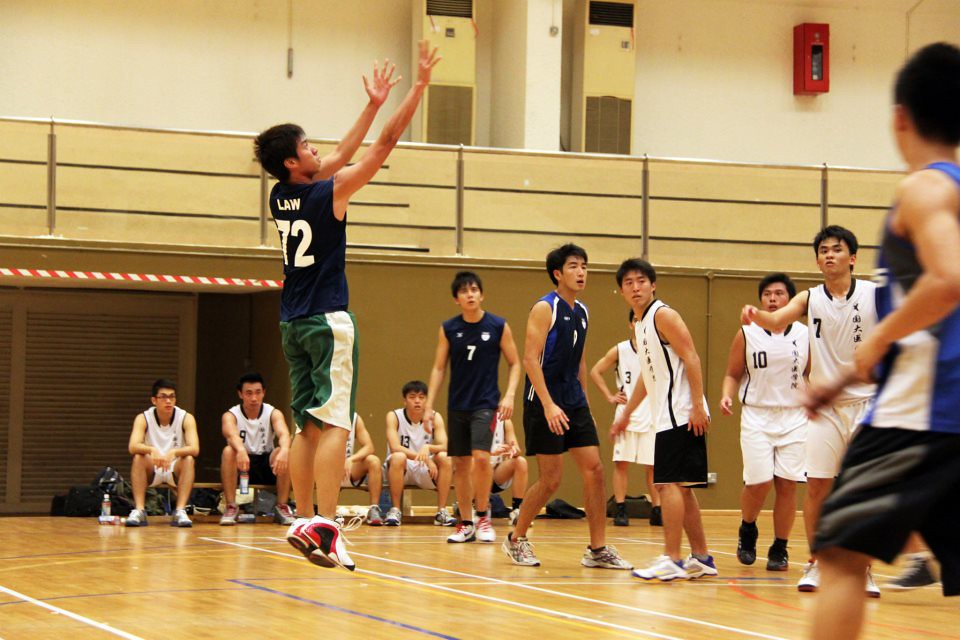 The whole world stops and stares for a while as Dillon scores another basket. Miss Keys wrote the song for him: “He’s just a boy, and he’s on FIRE/ Hotter than a fantasy.” 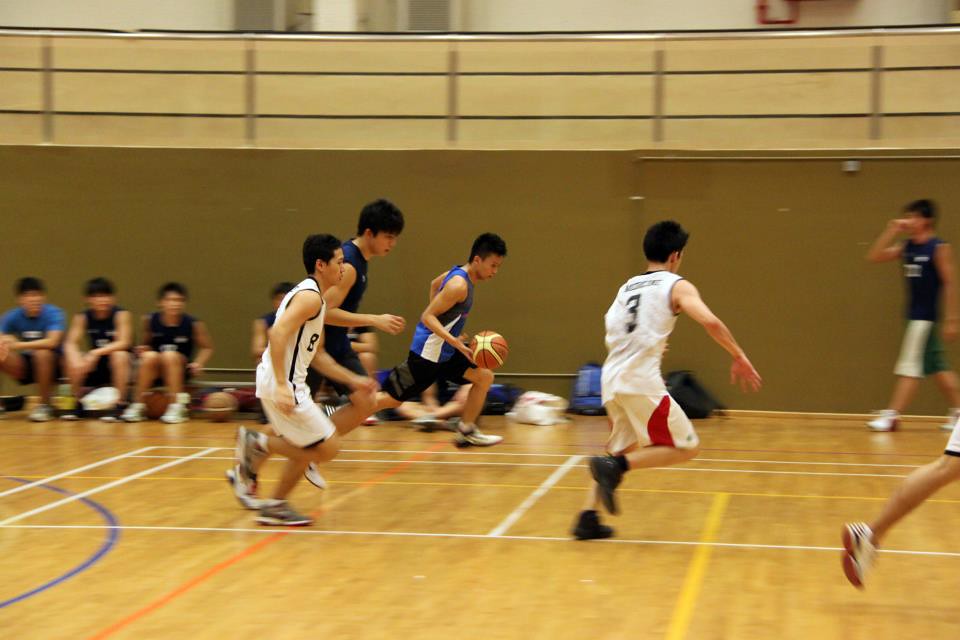 Tienwei runs the fastbreak as the others struggle to get into the picture frame for the photo.

The highlight of the first half came from the Medicine boys as their sharpshooter #10, Bing Howe Lee, shot the lights out with 4 consecutive 3-pointers in the second quarter. Meanwhile, our players struggled with their shot as the IVP players Danny (Year 1) was missing his free throws like a Dwight Howard, and Tienwei (Year 2) couldn’t buy a bucket with some rusty shooting. An unnecessarily overenthusiastic Law supporter also drew some rebuking from the Medicine bench. This happened when notorious ACS boy Gideon Yap started shouting uncontrollably as fellow AC alumni Douglas “El Capitan” Wong knocked down an opponent. By the grace of God, no fights/altercations broke out. The tired Law team headed to the bench, but the fervor and passion of the ever-fiery Jin Sei kept our spirits up. Halftime score: 21-17.

Did you know? The game referee was having his own All-Star Friday with some of the Law players — he hit a hail-Mary miracle shot from half court to signal the start of the second half. 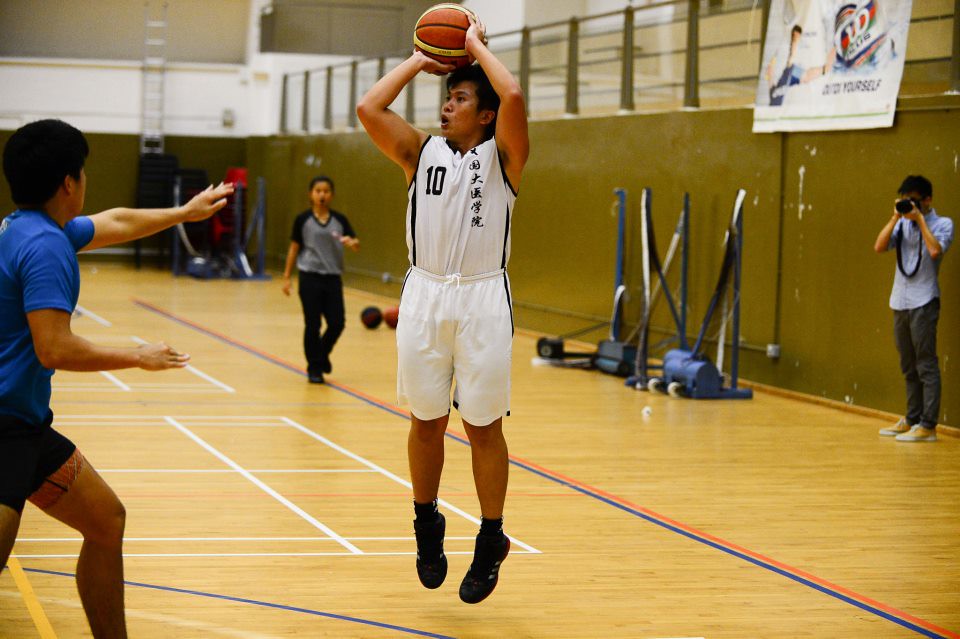 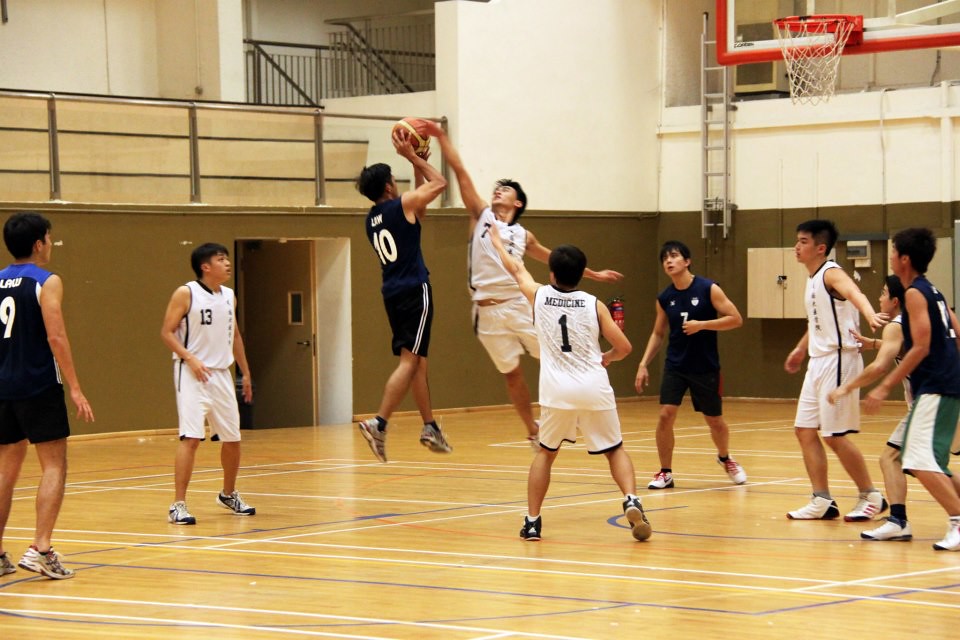 Tze Siong with a jumper of his own as the Medicine defender tries to distract him with a graceful pose. Tze Siong is a regular at the Angsana and the gym, which explains his rippling muscles. 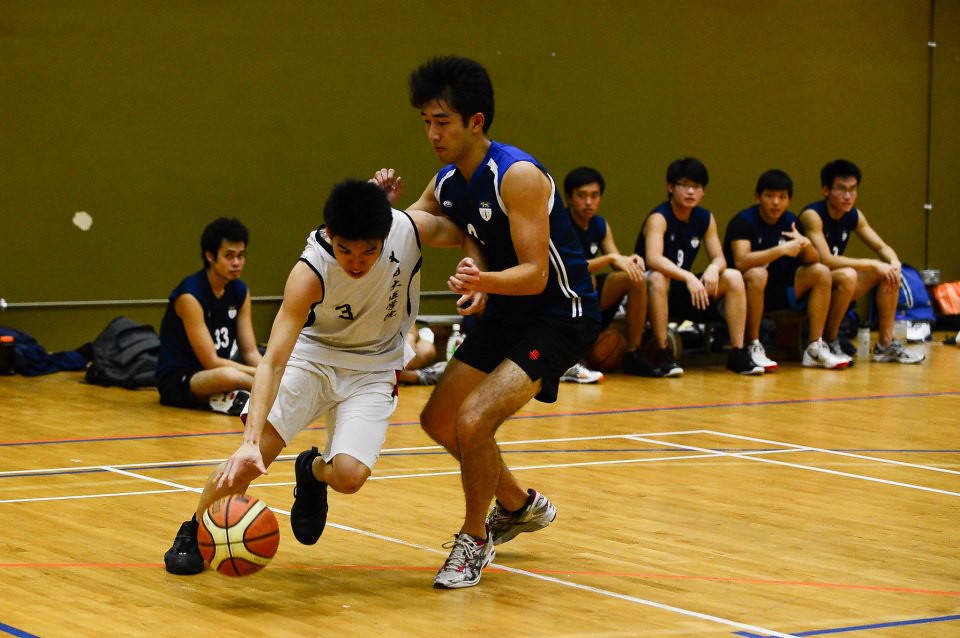 Kevin was quite the impregnable fortress. Fangirls, he can be found in the Angsana on most days. 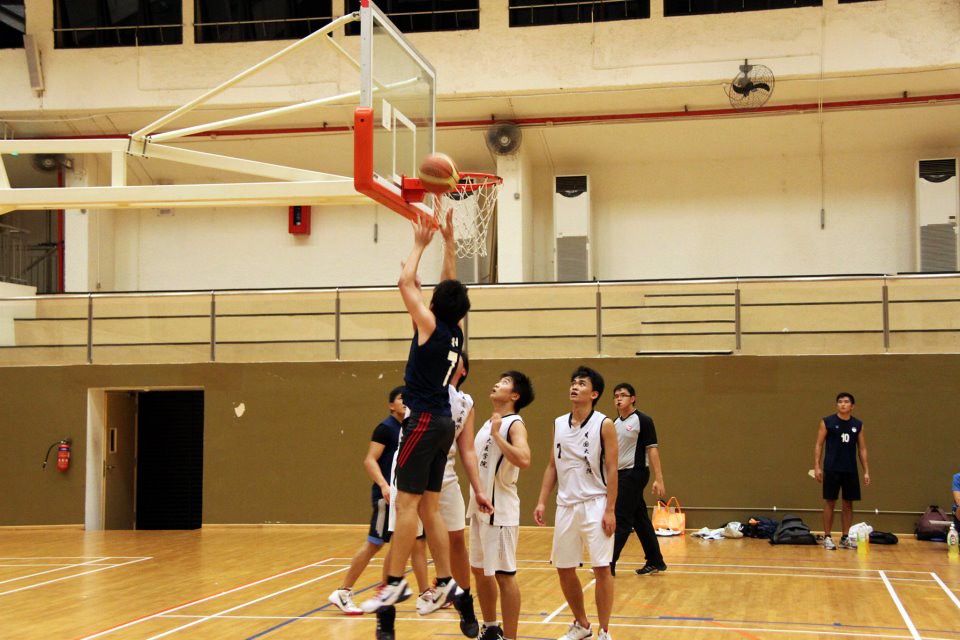 Danny tryna get a hoop. 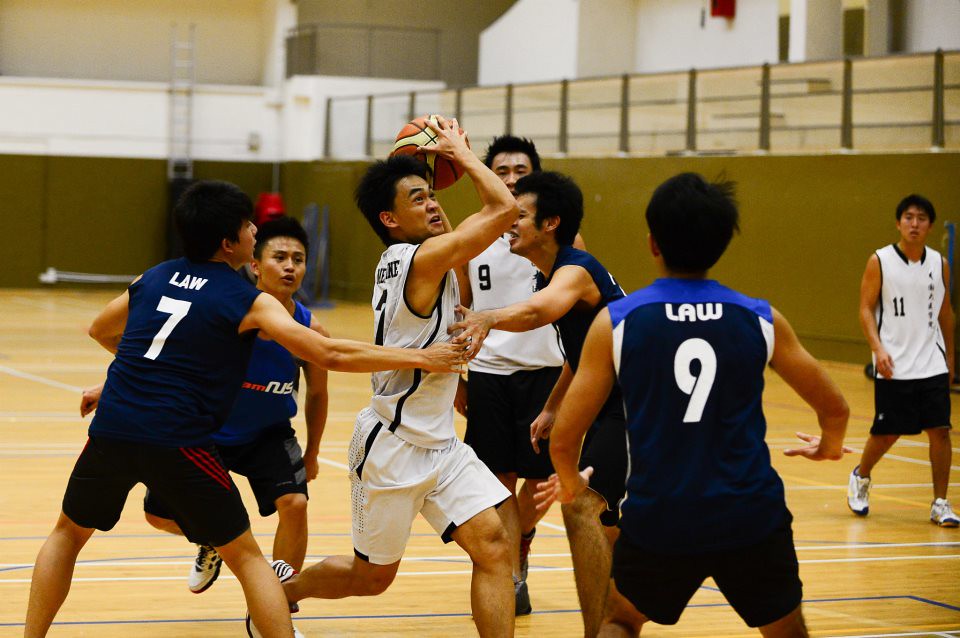 #7 was a bright spark for the Medicine team with his fearsome charges.

The Law team started taking control of the game in the second half as Dillon dominated on the offensive boards with 6 put-back points in the third quarter. Danny got a couple of foul-in baskets going as Tienwei started to hit some layups on the fastbreak. It certainly isn’t easy having to manage team while giving your all on the court, but the ever-reliable Captain Kevin Chua (Year 2) showed up for war once again with baskets in the paint and many defensive rebounds. Seasoned veteran Tze “Dwyane Wade” Siong (Year 3) also made important steals to kickstart many fastbreak opportunities for the Law team. The Medicine team continued to battle hard with strong drives to the basket by #7. One of the lessons we can learn from them is their competitive and hardworking attitudes no matter the importance of the game. Despite the intensity of the game, both sides were jovial and relaxed; it was also fantastic to see all the players from each team coming on to play their part. 3rd quarter score: 32-24. 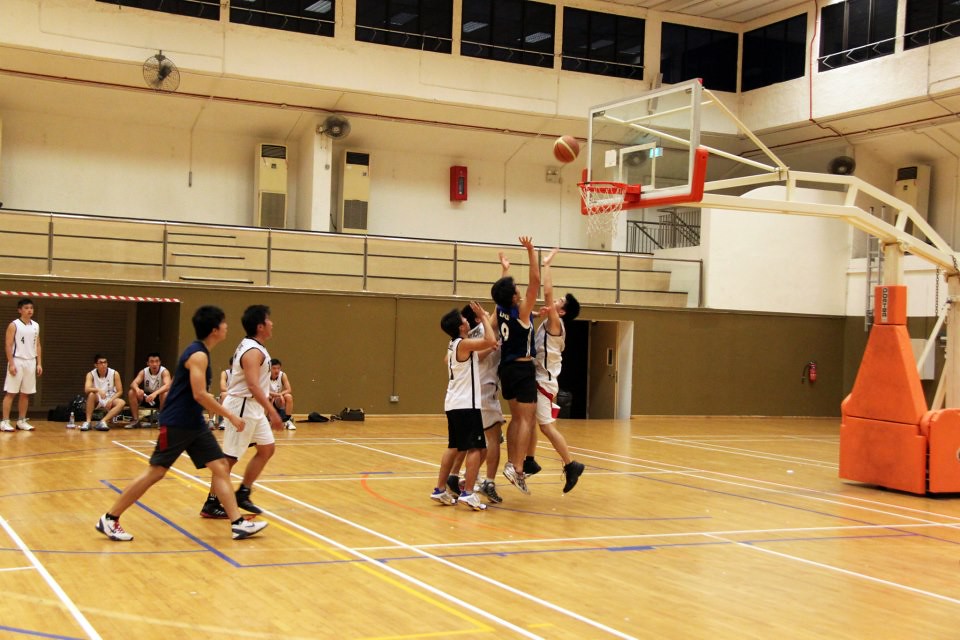 Kevin cannot be stopped: our captain draws the attention of multiple defenders. He is also quite the chick magnet off the court. 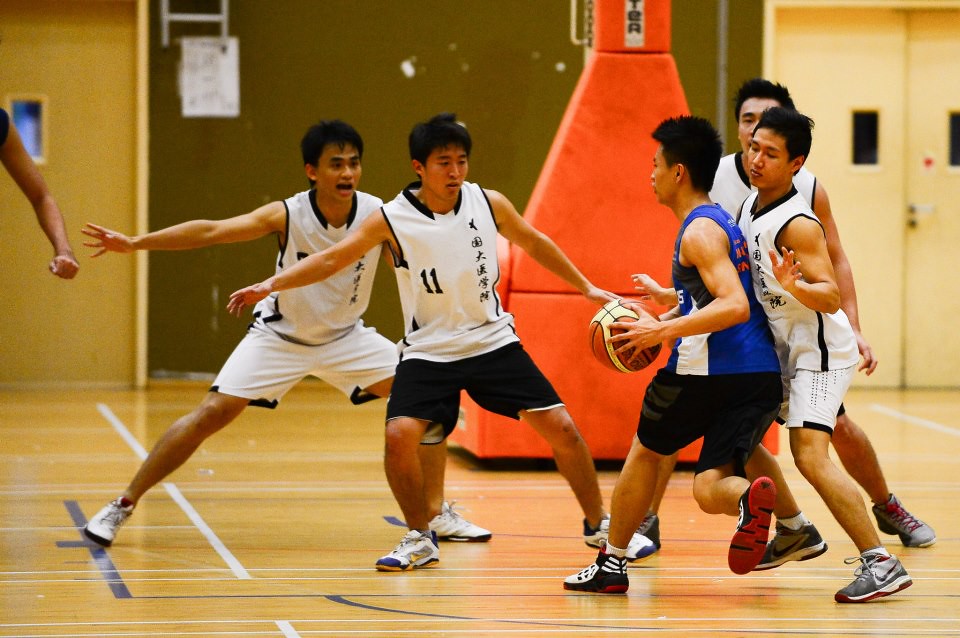 Tienwei was a constant threat and had to given much defensive attention. 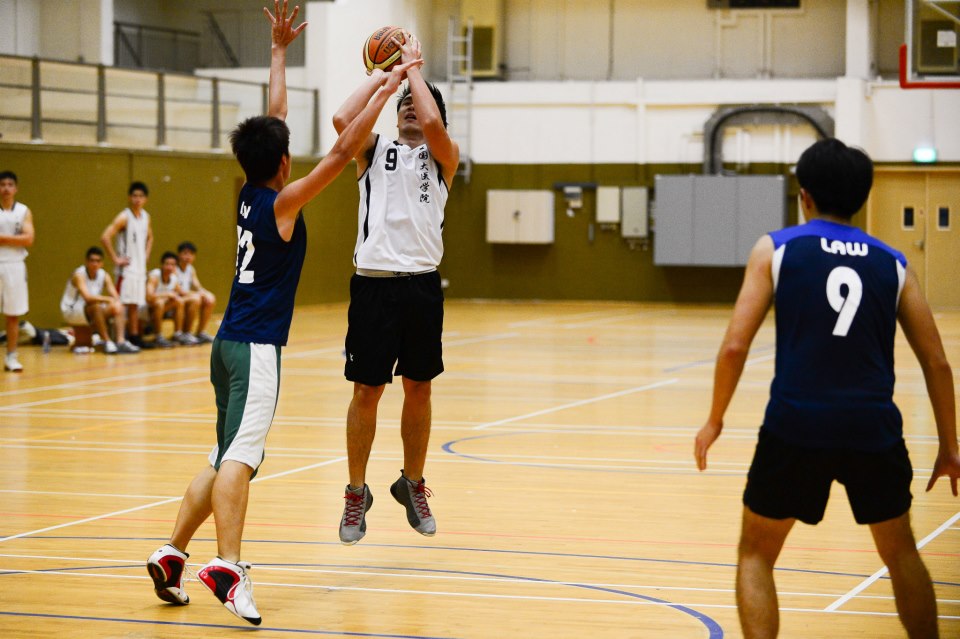 Here’s our home boy Dillon hard at work. The longest arms in the world, also the long arm of the law.

Things proceeded smoothly for the Law team in the 4th quarter as See Tow (Year 1) chipped in with good defense, and of course registered yet another Mutumbo-esque block. Basil Lee (Year 1) also managed to break away for a fast break opportunity although it was pure misfortune that the basketball ring did not allow his shot to go in. Alex Chew (Year 1) (who is more familiar with DOTA rather than basketball) chipped in some good minutes towards the end, grabbing some loose balls (Ed’s Note – No innuendo intended) . His performance warrants a serious consideration for the team to award him an official Law jersey as he was also decked out in a ridiculous babyblue-colored shirt. 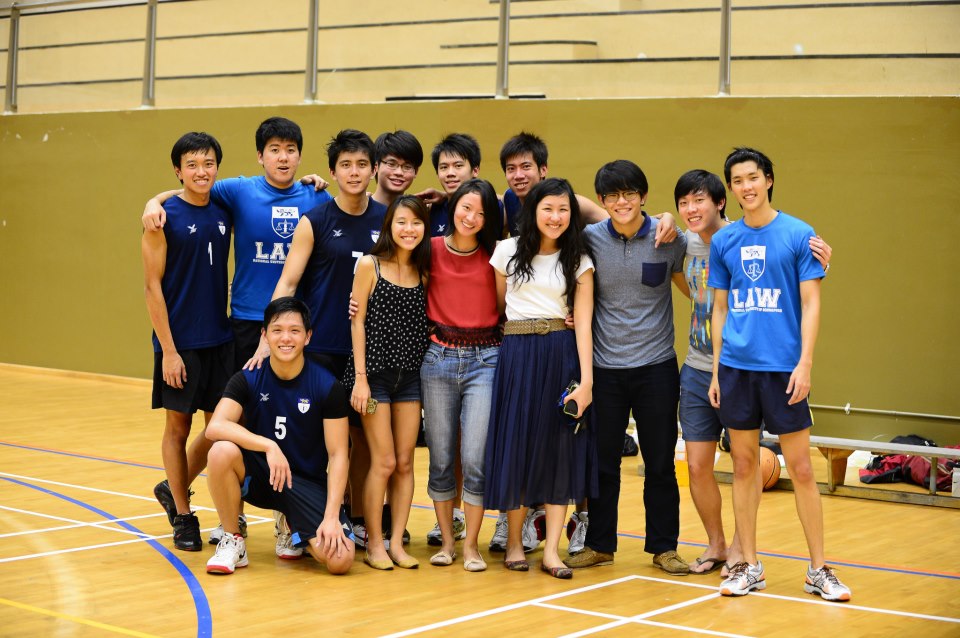 Some enthu Y1 supporters who decided to take a backseat in the LAWR bellcurve.

Final score: 42-28. The Medicine team put up a great fight and looked like they had a ball of a time too. Diplomatic relations between both basketball teams appeared to be developing just fine as handshakes and smiles were in order during the post-game interactions. Its back to the books for everyone as the M5s prepare for their finals in two weeks time and the other Law/Med students gear up for the finals in April. For now, it’s a well-deserved victory for Dillon, the Law team, and for world peace.