Following the Men’s Handball team’s victory last week, the Women’s team, led by captain Jaime Lye (Year 2), had lofty expectations to meet. Nevertheless, it was clear that they were invigorated by the success of their male counterparts. Resident Handball mentor and Law Club lao jiao, Eddy Hirono (Year 4), was present pre-match to offer last minute advice but to also help with menial tasks like carrying bottles of 100-plus and holding up a series of inspiring/embarrassing banners. 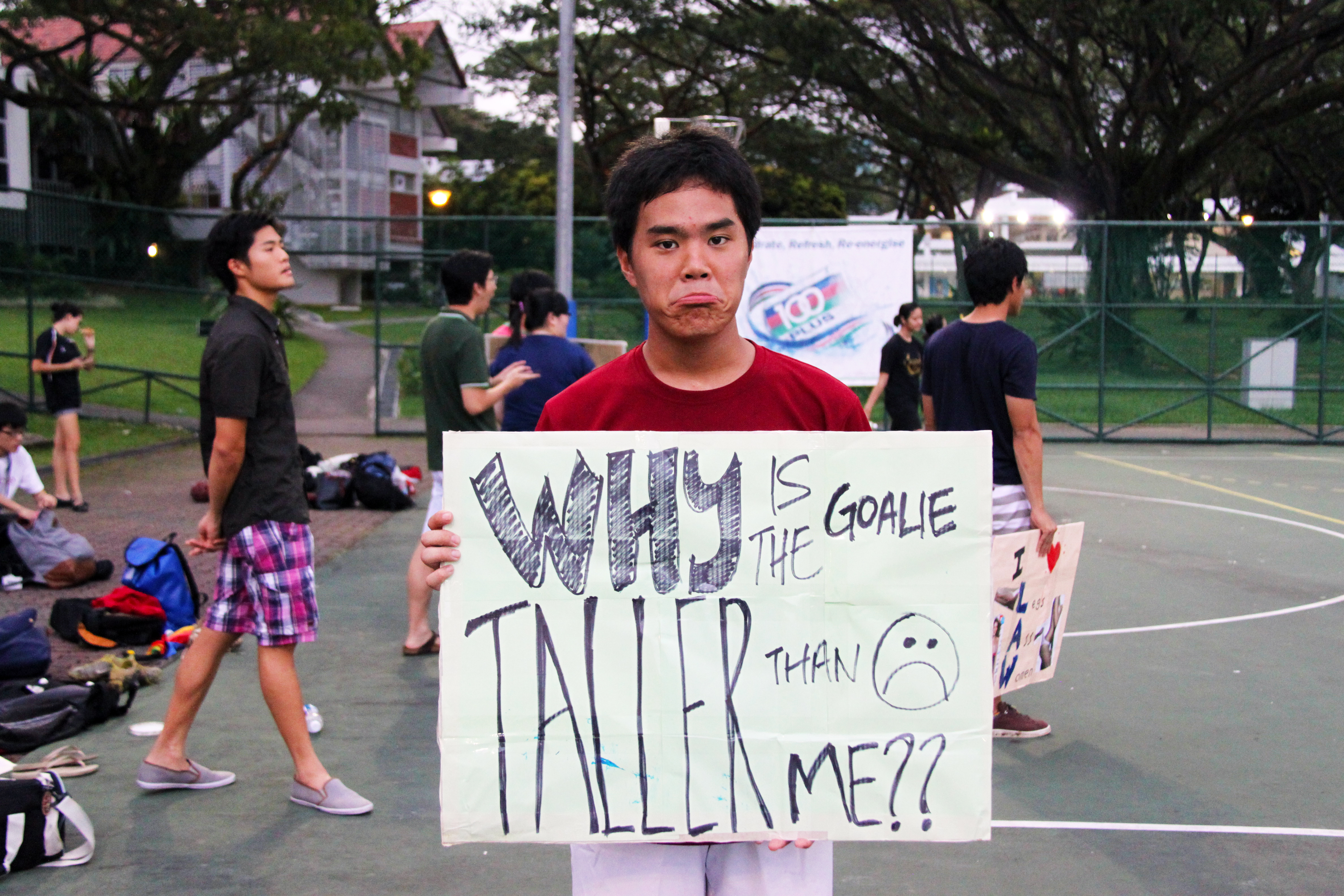 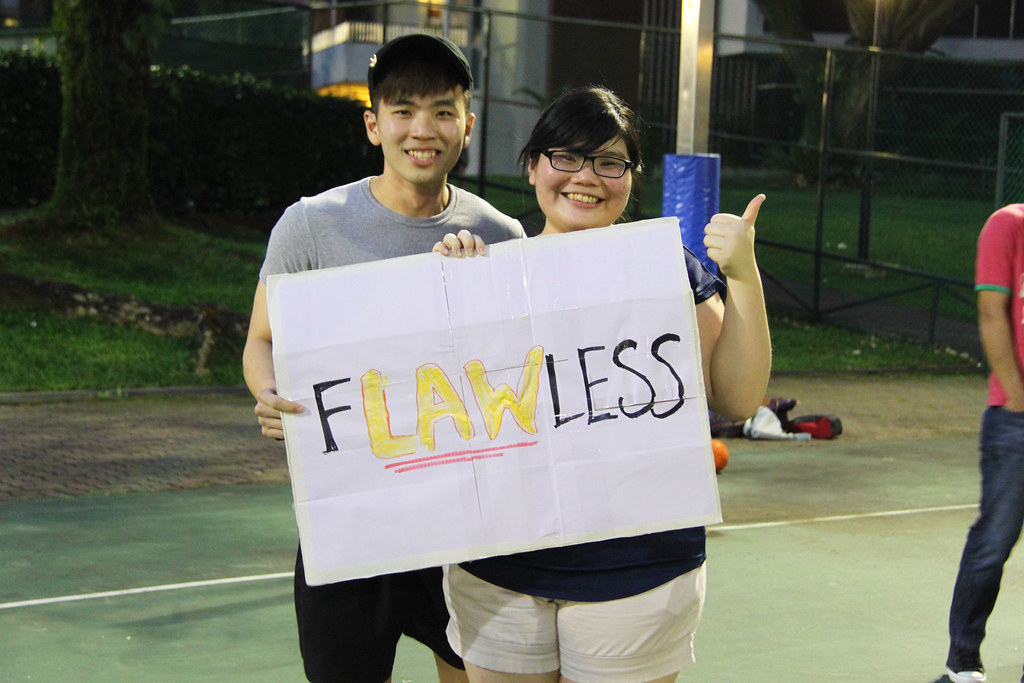 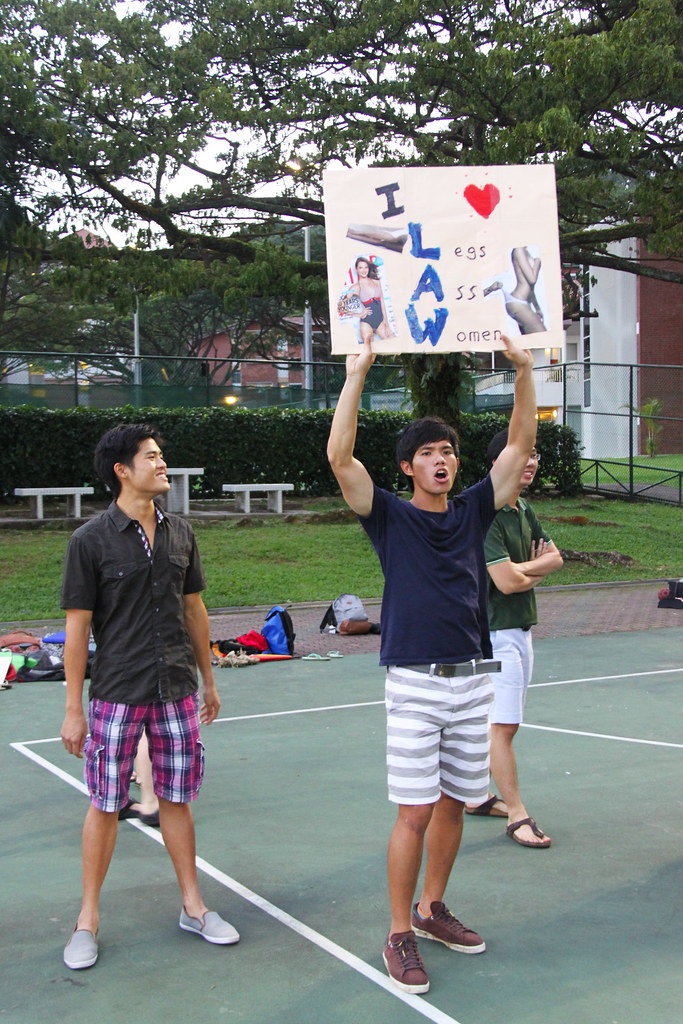 From the moment the whistle blew, the ladies played their A game and proved to be an irresistible force on the court. The team deftly passed the ball down the line, keeping in tight wave formation, as they assiduously probed for opportunities to score. The agility of the team was remarkable and kept the Medicine girls on their toes as they soon found themselves breaking formation allowing star player Charlene Nah (Year 4), to penetrate the defence and fire hard shots at the Medicine goal. She would score 4 goals by the end of the night, a truly stellar performance. 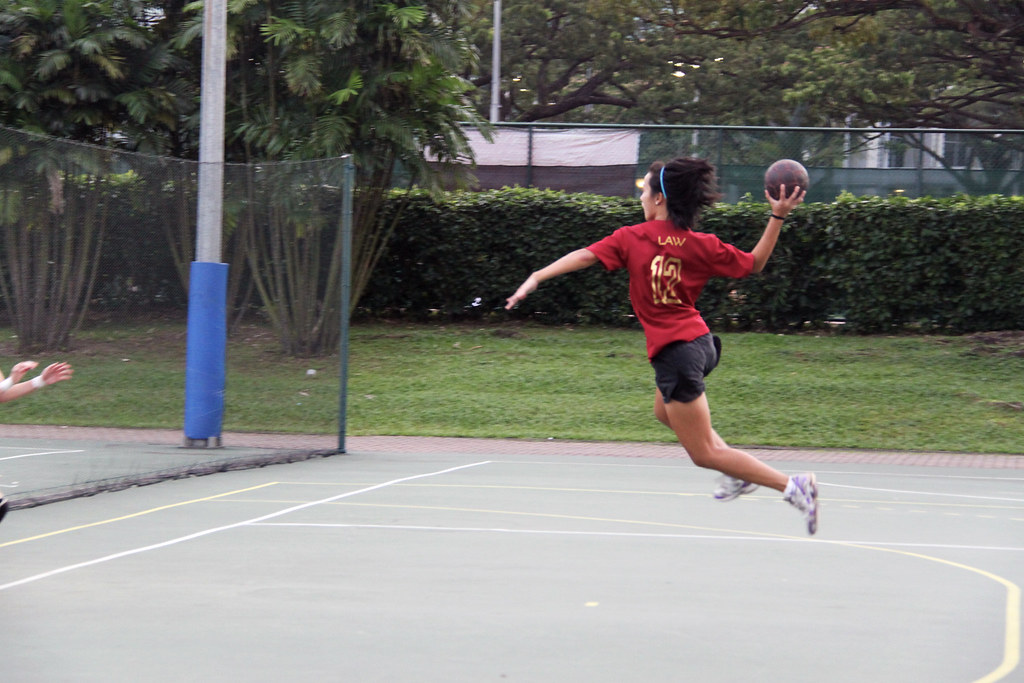 Two fouls committed on the Law players while they were attempting shots also resulted in two penalties being awarded. Charlene stepped up to the line, calm, collected and confident. This was the moment – the supporters were poised, their arms at their sides, waiting to throw them up into the air in celebration. Alas, it rebounded off the post, to groans from the supporters. Any lesser person would have lost confidence, but not Charlene, no. When the time came for her to make amends with the award of a second penalty, she stepped up once again. The epitome of indomitability, she was determined not to miss this time and she didn’t, sending the goalkeeper the wrong way to the cheers of the crowd. 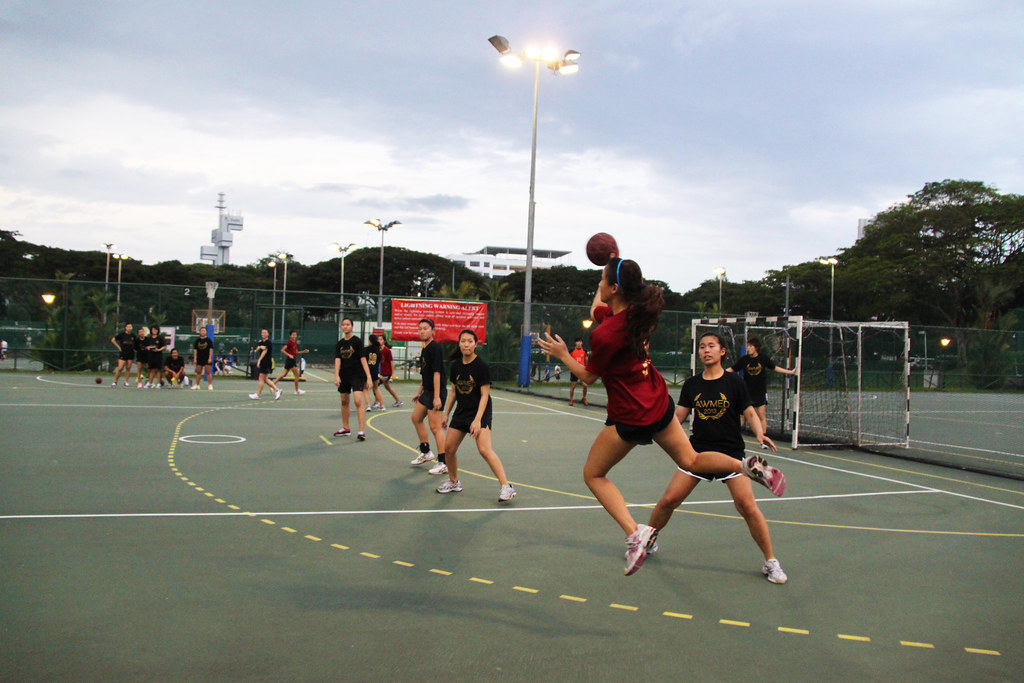 Shortly after play resumed in the second half, it began to drizzle but it did little to dampen their morale as the girls maintained an unrelenting offence and a dogged defence to win the game 7-2. The other goals came from Ng Jean Ting (Year 4) and Grace Loke (Year 4). 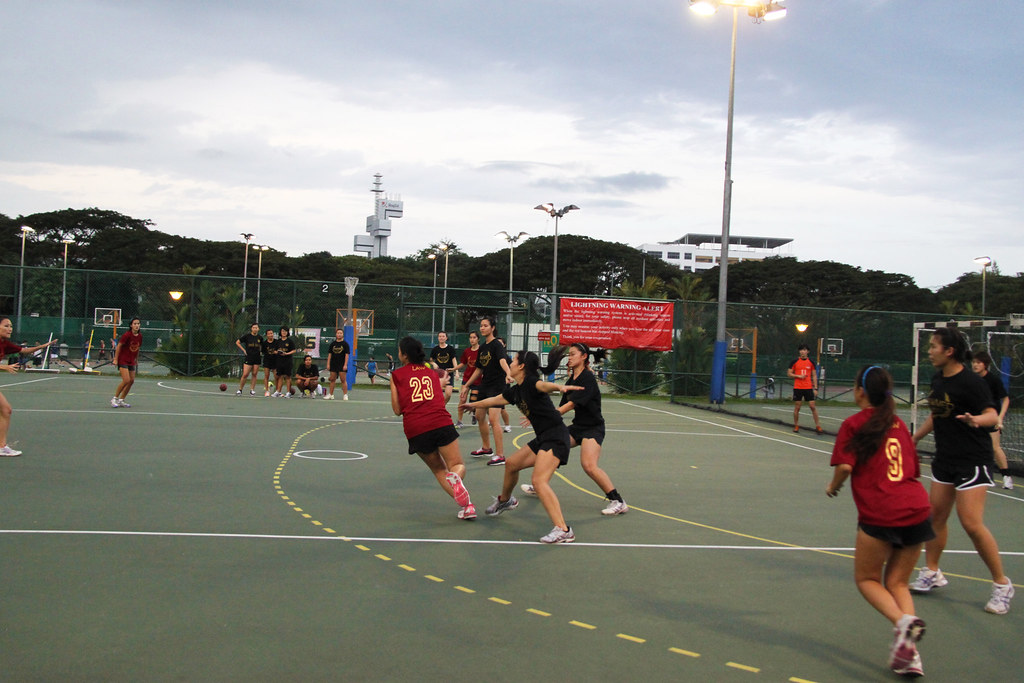 Special mention also goes to the team’s star goalkeeper, Sarah Sim (Year 4), who made numerous saves to keep the Medicine shots out. Her exceptional saves never failed to elicit cheers and applause from the supporters, and the loudest one came when she dived full-stretch to her right, tipping a goal-bound shot onto the post and to safety. Law supporter Tay Hao Ran (Year 3) was so overwhelmed by the moment that he started screaming like a fangirl at a One Direction concert.

A superb defence, incisive and unrelenting attacks, and spectacular saves – all the ingredients for (another) famous victory over our Medicine counterparts; the Handball women unequivocally deserved this win! 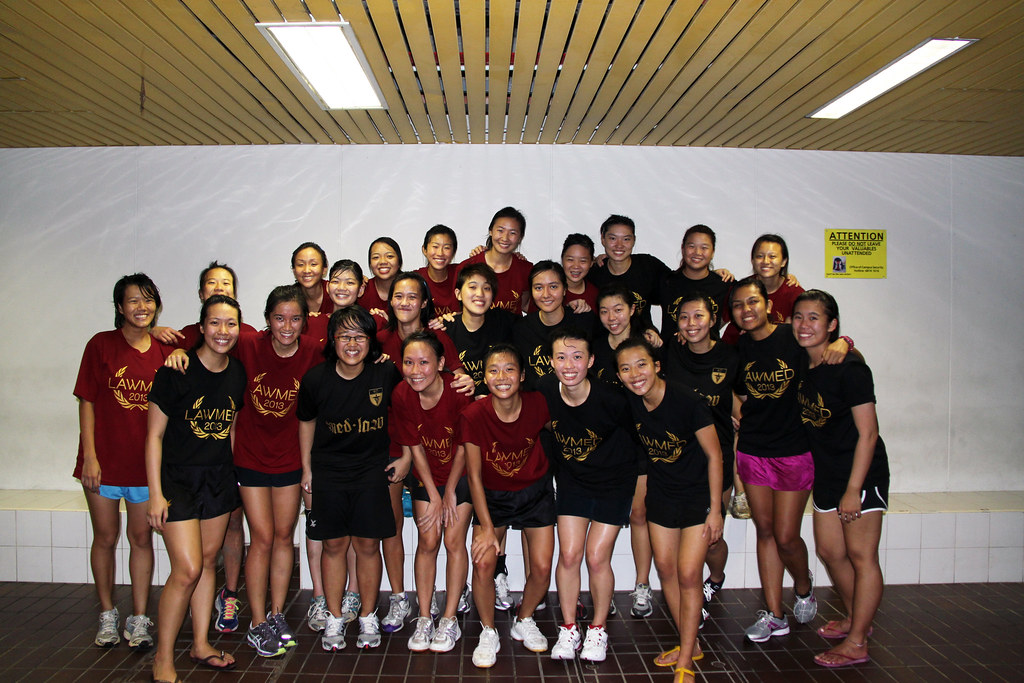 With contributions by Eddy Hirono (Year 4)