As the spectators trod their way through the muck of the field, we all knew we were in for a muddy match – not that the soil was enough to hold the Team Law Touch Rugby girls back from making things difficult for Team Med! 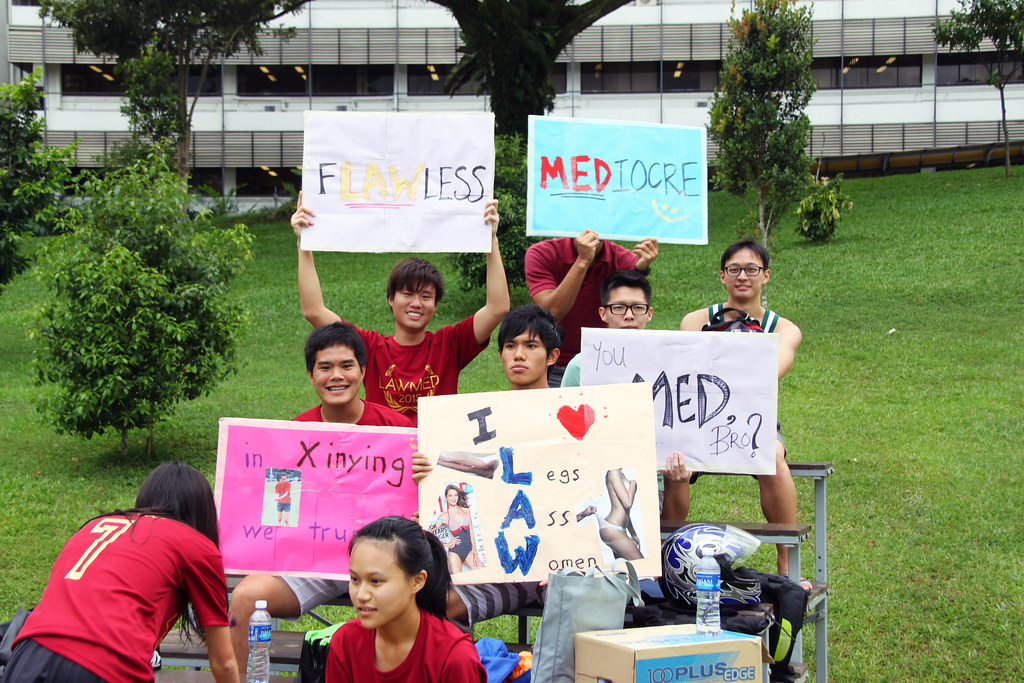 “In Xinying We Trust” was the thought of the day, and this proved to be true as Chua Xinying (Year 4), together with Grace Chan (Year 3), took charge of the game. 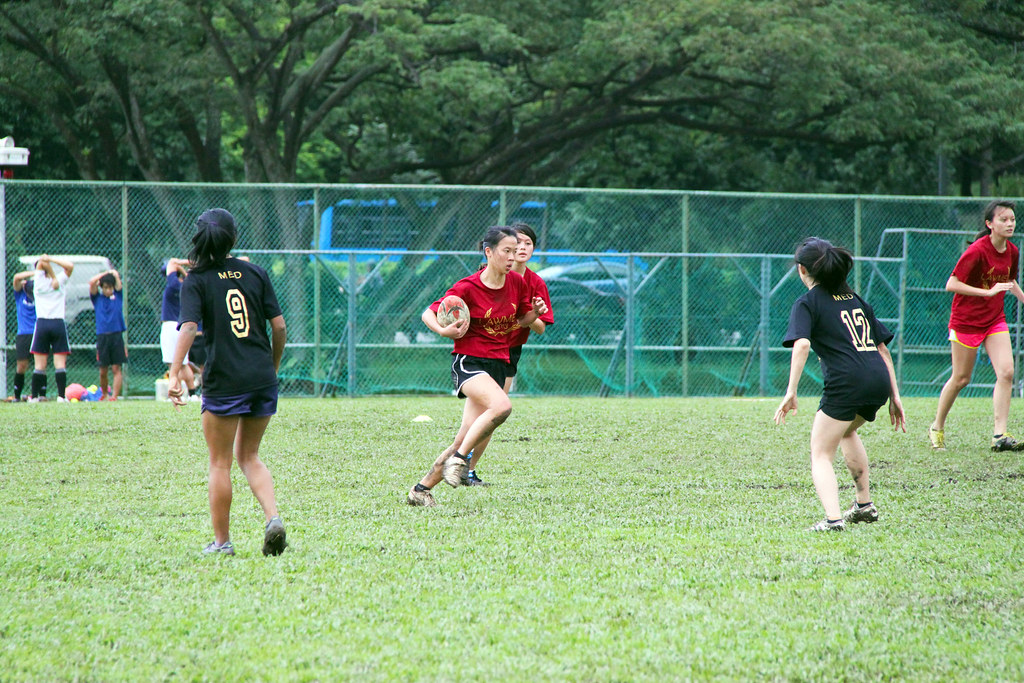 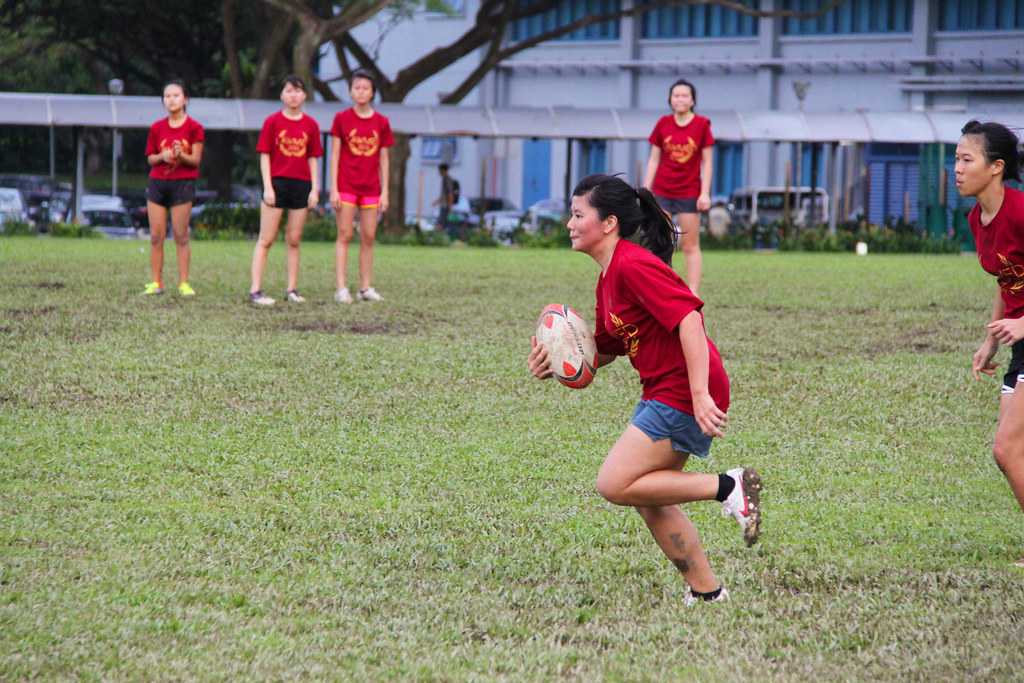 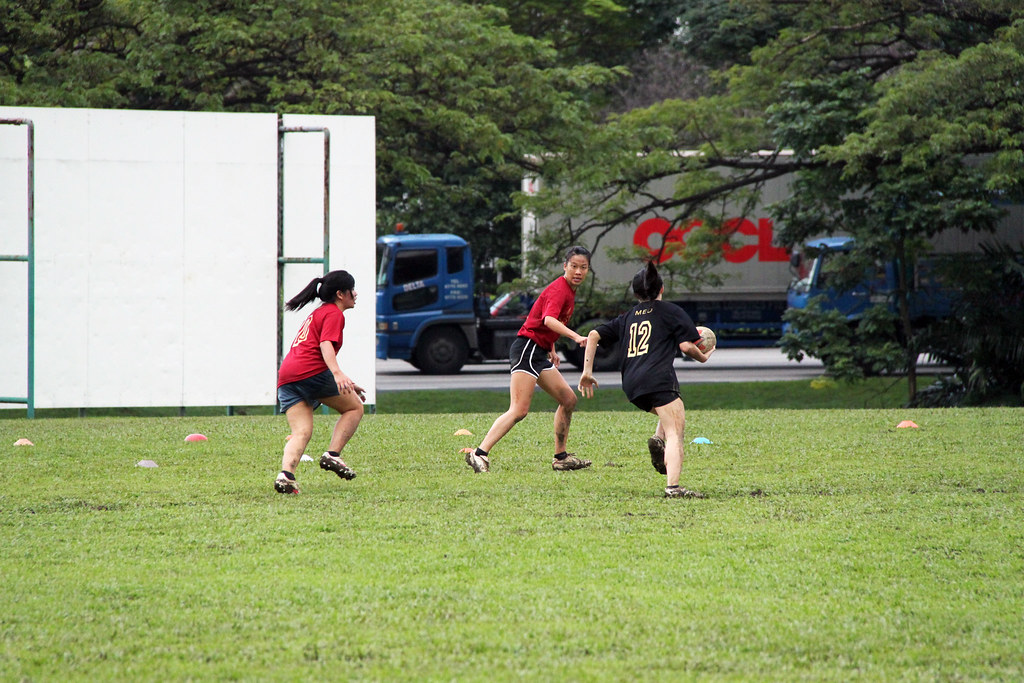 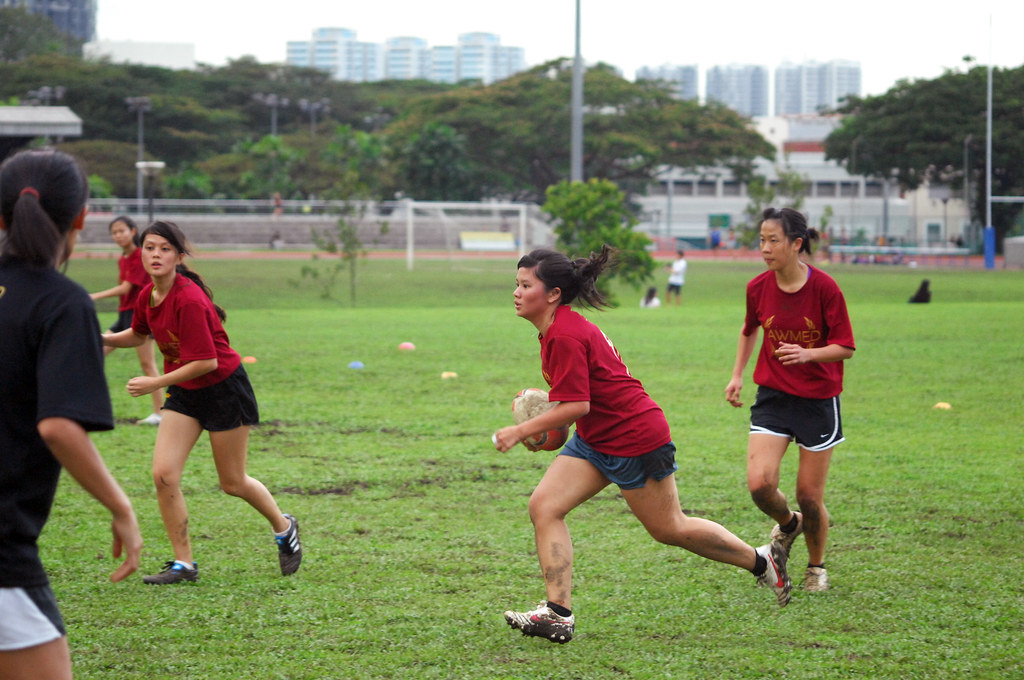 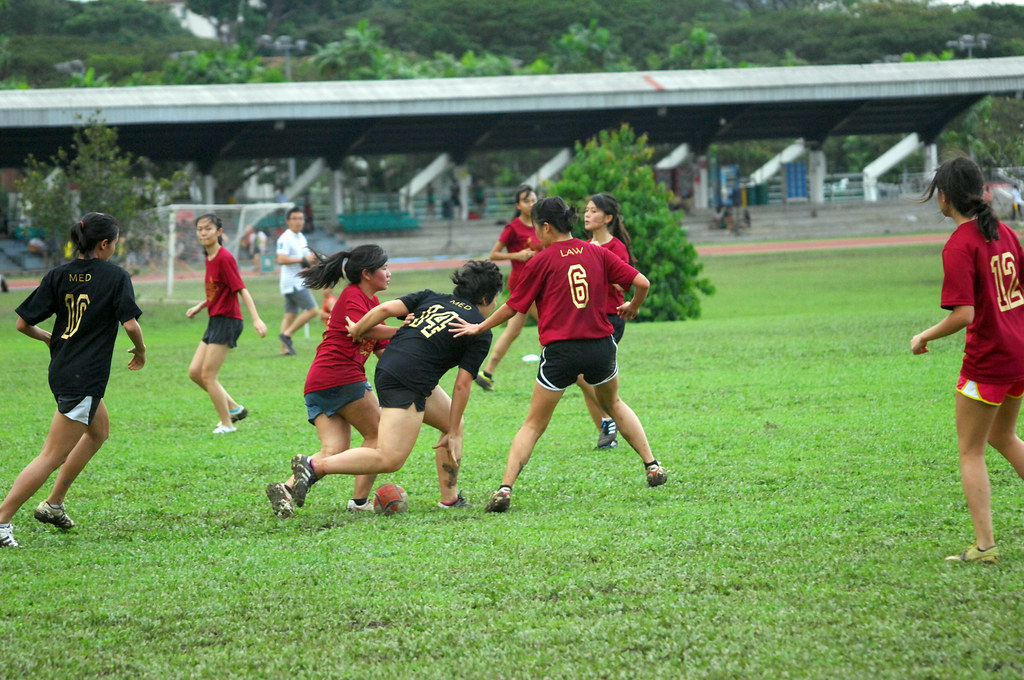 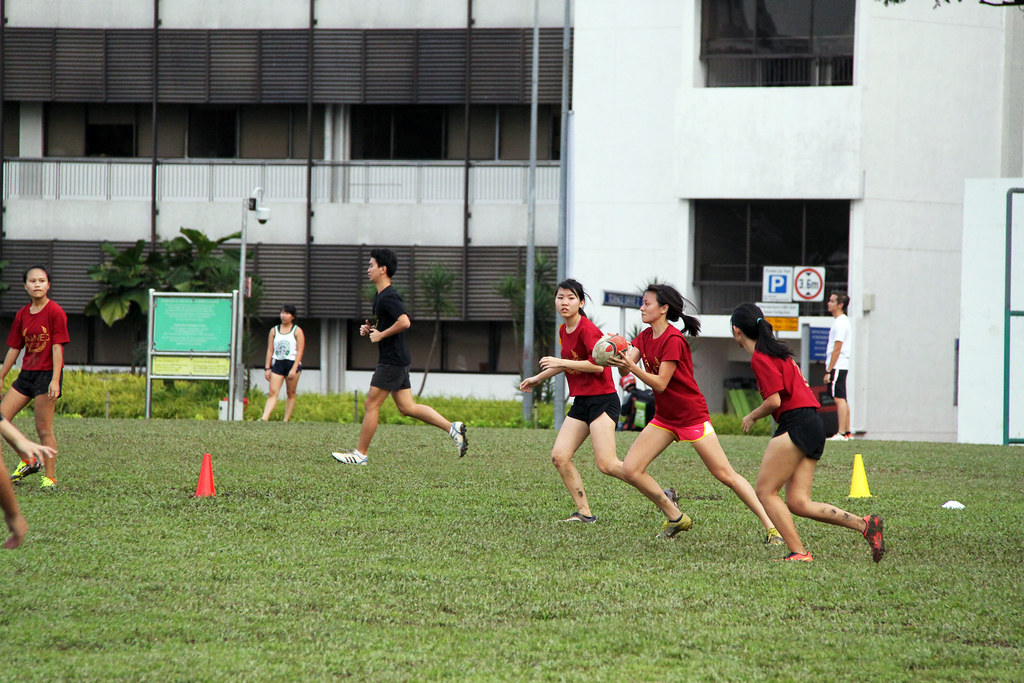 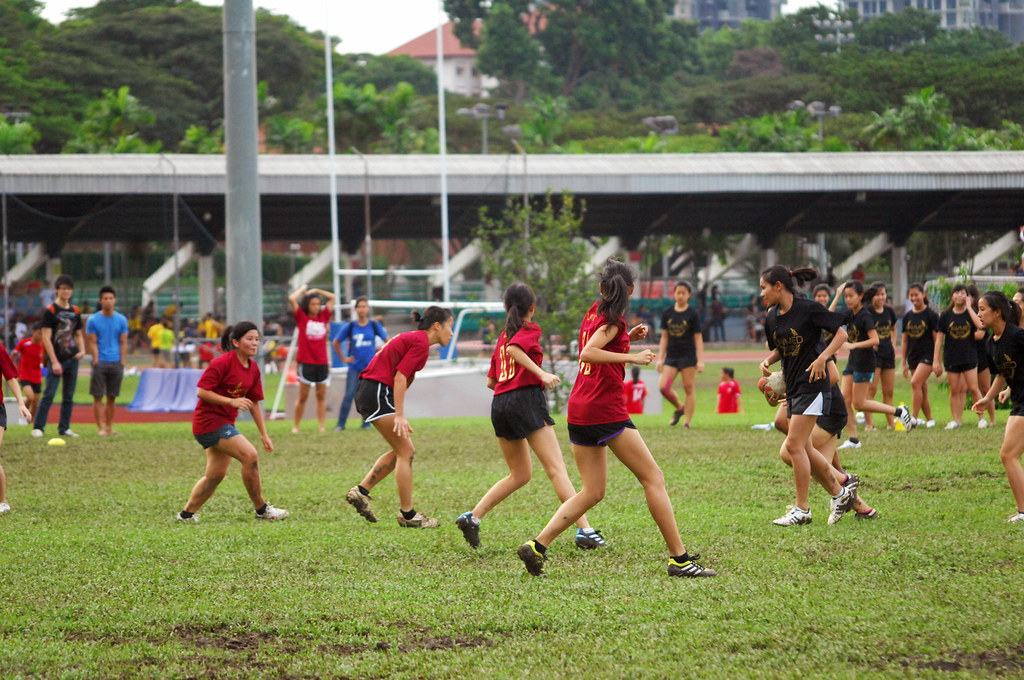 Despite the tough fight against a strong team with far more players in tow, Team Law managed to keep the score at 0-0 for the first half of the game. While Team Law eventually lost 0-2, this is an improvement over the previous face-off with the team from Medicine. 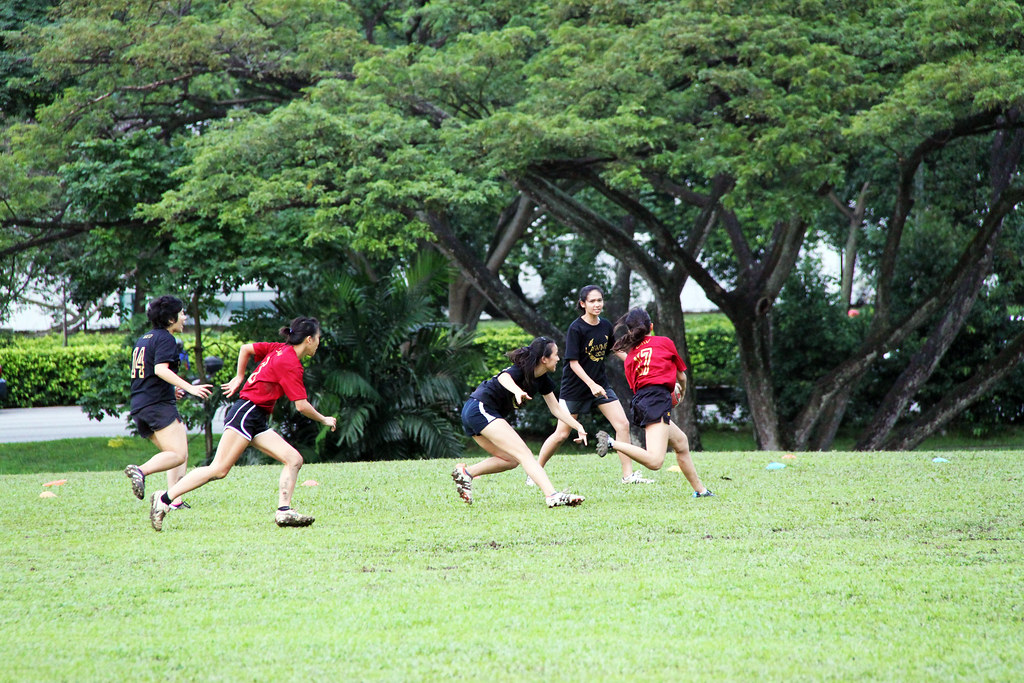 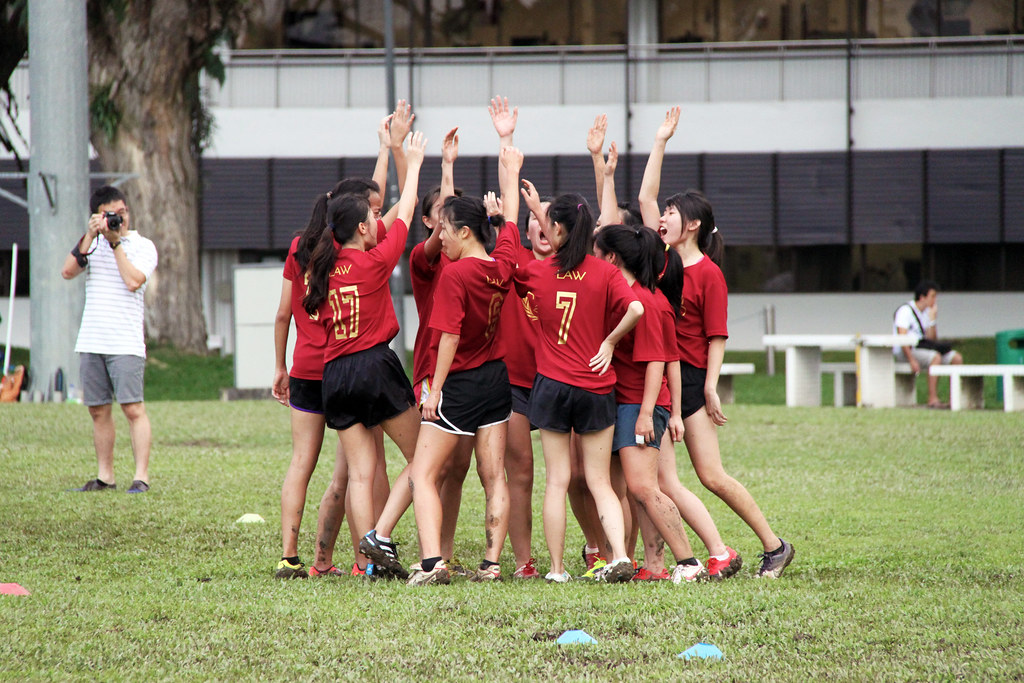 The Touch Rugby girls were also touched by the supporters that came down, bringing with them pieces of art that doubled up as signs which showcased wit, humour and a certain artistic flair – credit must be given to Eddy Hirono (Year 4) and Hariz Lee (Year 4). 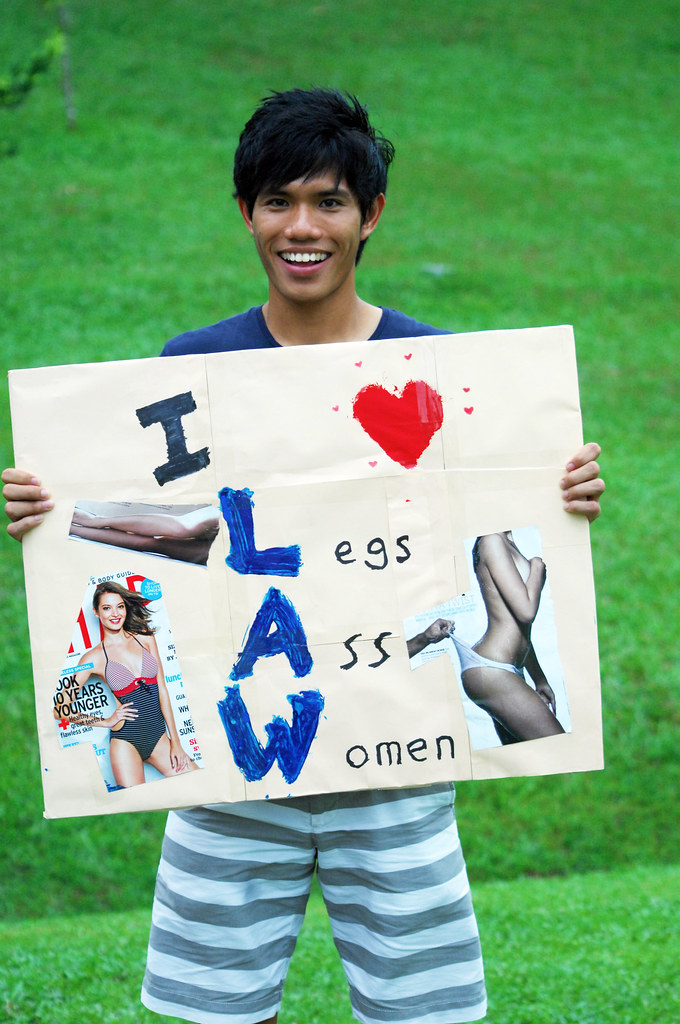 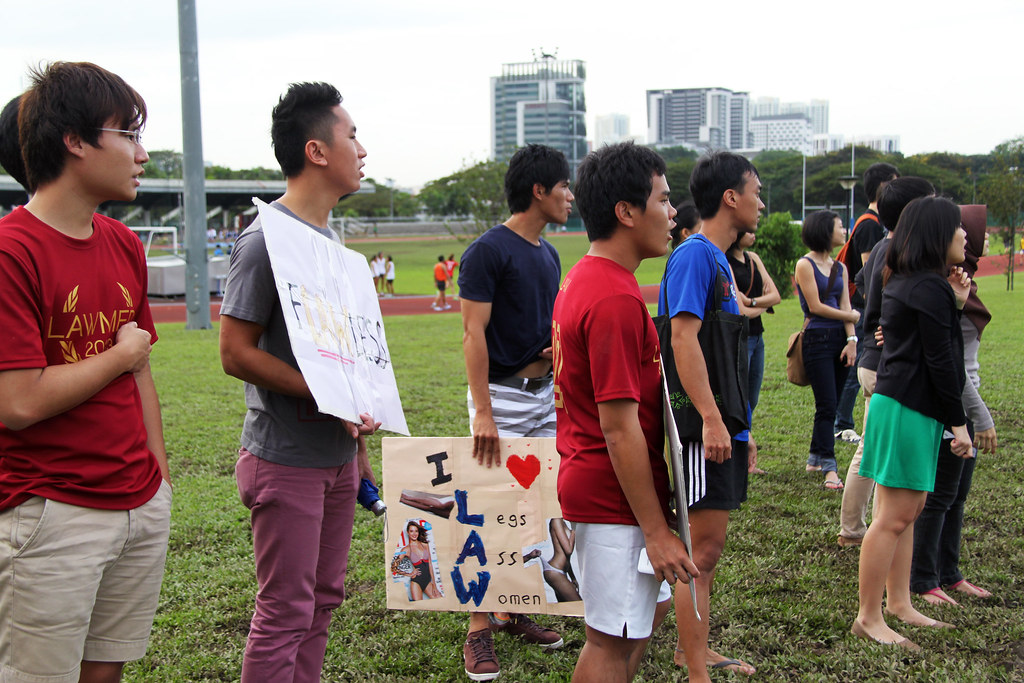 It was heartwarming to see that at the end of the match both teams came together in the spirit of the LAWMED Games. 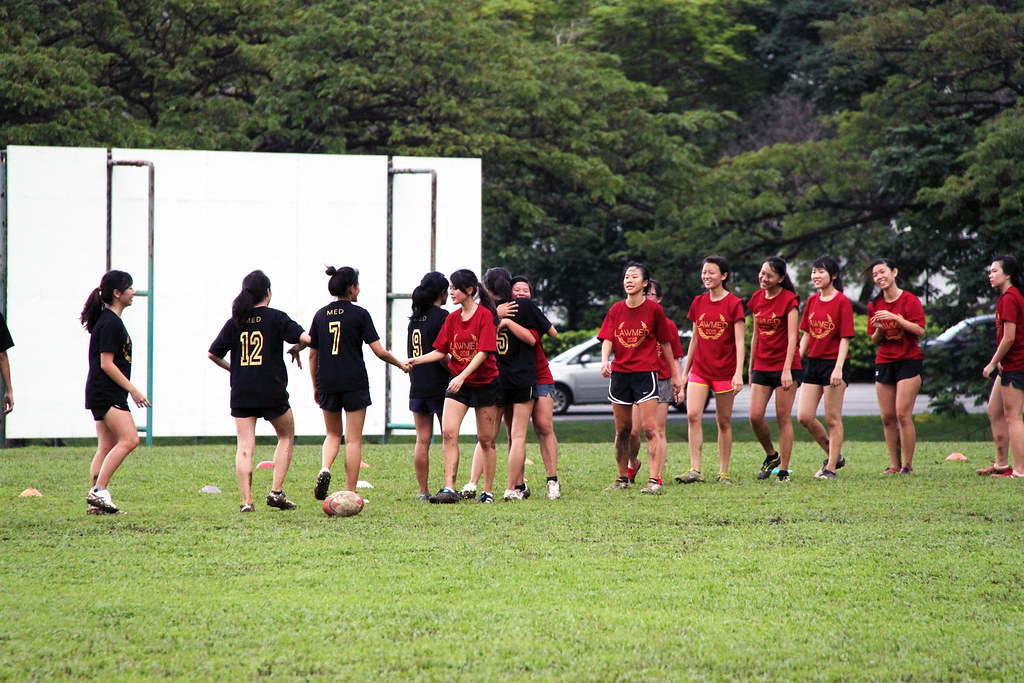 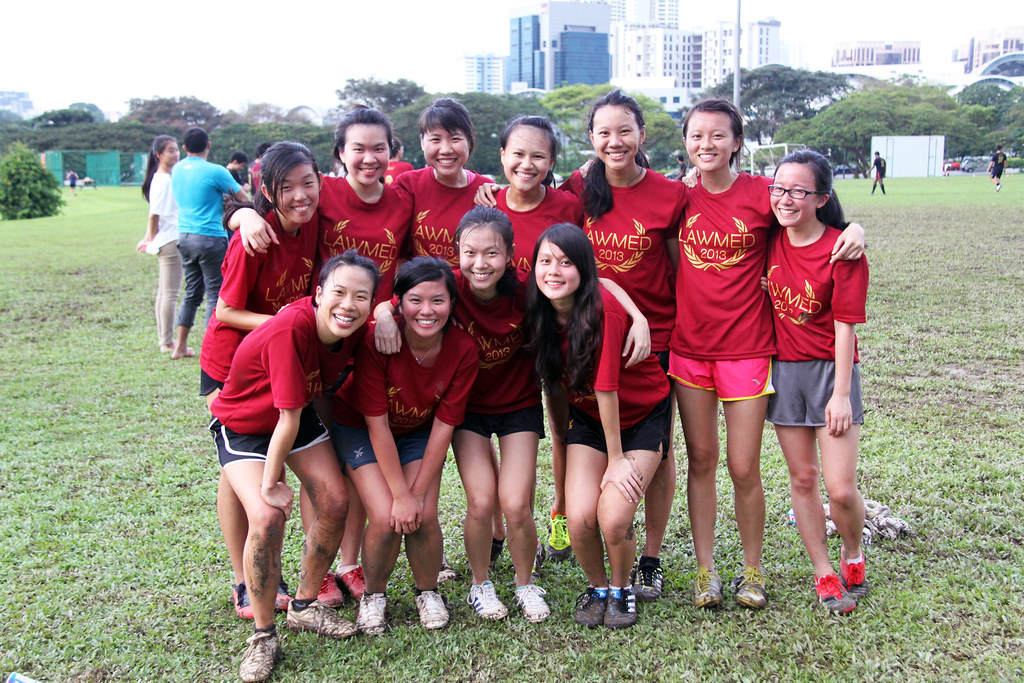