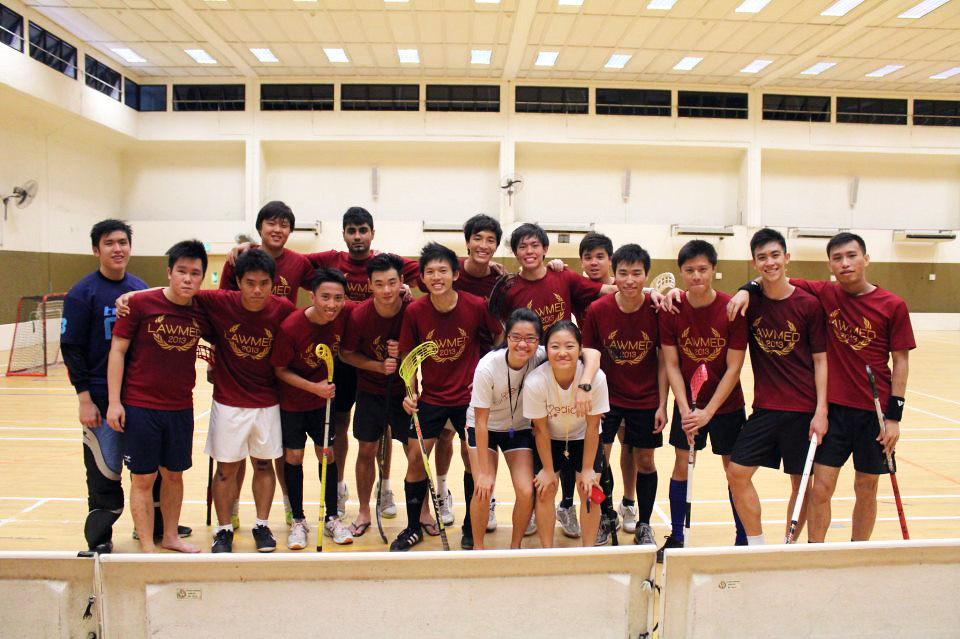 The match began on a high, when our Law team rushed through our warm-up and sent in our starting line to face-off against the doctors. A few slips and stumbles later, Medicine popped in their first goal, leaving us hungrier. A few sleek passes and quick reflexes later, Hijazi received a pass in the centre and banged it into the goal. Medicine scored their second yet a few moments later.

It seemed like the end of the world when Medicine put another past our keeper. But Hijazi would have none of that and he received a brilliant deflection and tapped it past the medicine keeper. The score stood at 3-2.

A successful defense tactic turned bad when the clearance bounced off one of the striking doctor’s stick and went into our goal. Our team picked ourselves up, stiffened up our upper lips and went in for the attack. John received a corner ball and dragged it into the side corner, leaving the medicine keeper (his former teammate) confused. The score stood at 4-3 and we had several attempts at attacking but none made the net sway. During the last moments before the end, Anil headed a ball (a play which would have been beautiful had he been playing soccer but which was a foul in floorball) to give away possession to the doctors. Our team pressed the doctors further but the ball refused to squeeze itself in. We ended the game at 4-3, a loss for us, a win for the doctors but a happy day of studying ahead for all of us.