9.30am — The morning mist had barely settled and the ground was still damp from the previous night’s downpour.

They formed up at the line. Two teams — each on either side of the upper quad. The person in the middle of the line held up a white disc. The rest readied themselves, with steady eyes locked on that white disc, waiting.

With a flick of the wrist, the disc was released, and it spun into the sky across the field. 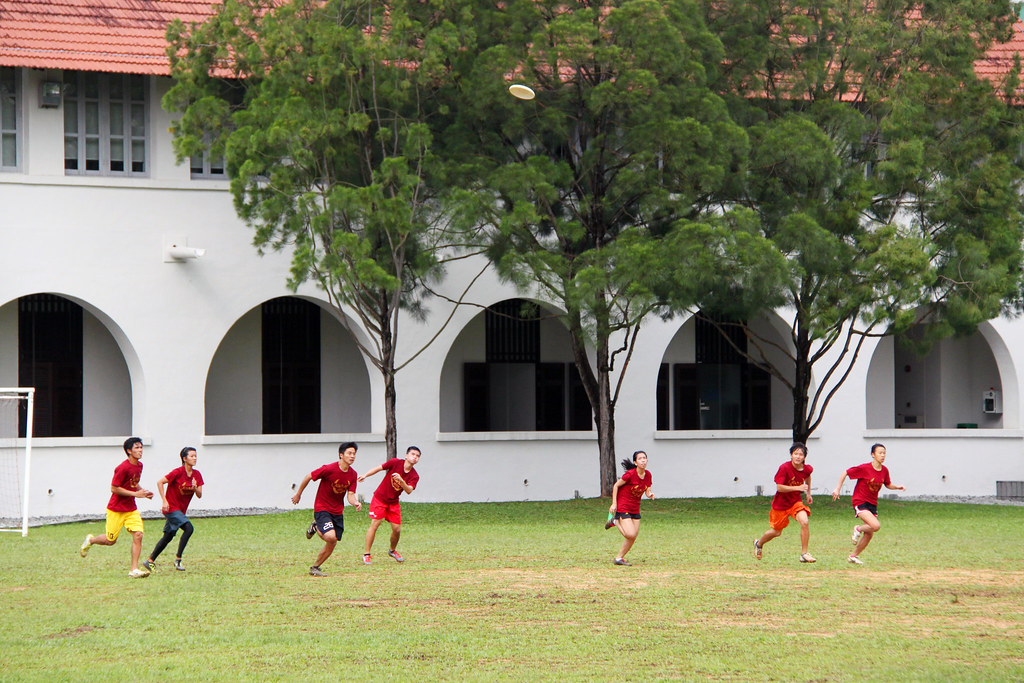 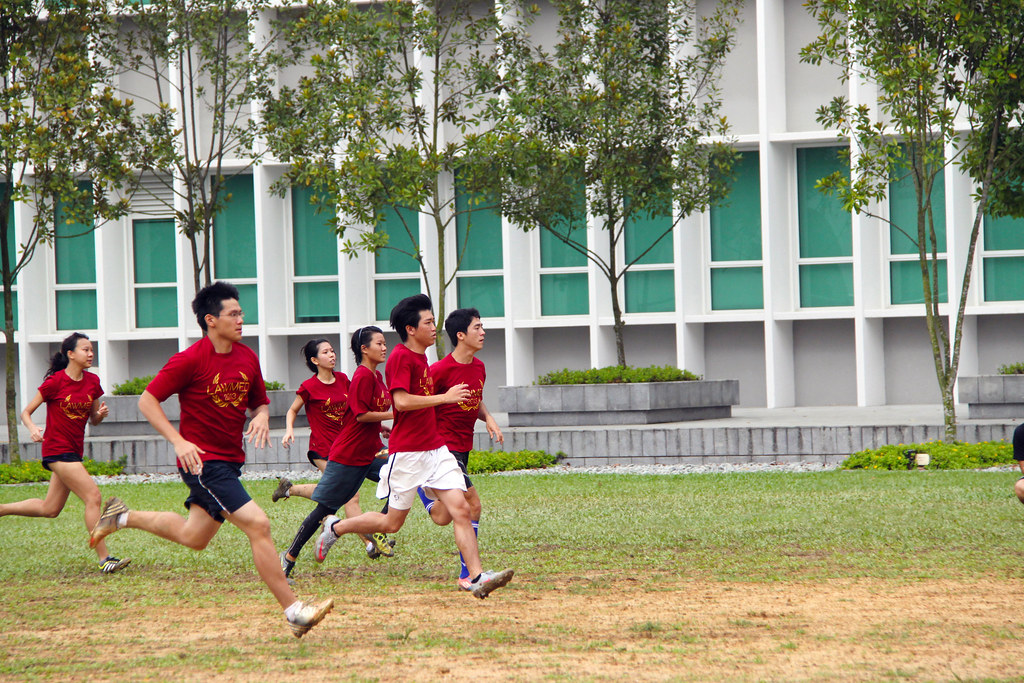 It was a scene right out of Breaking Dawn Part 2, except this was not a dream sequence. They went against each other, clashing right down the middle, with teammates cheering from the sidelines. 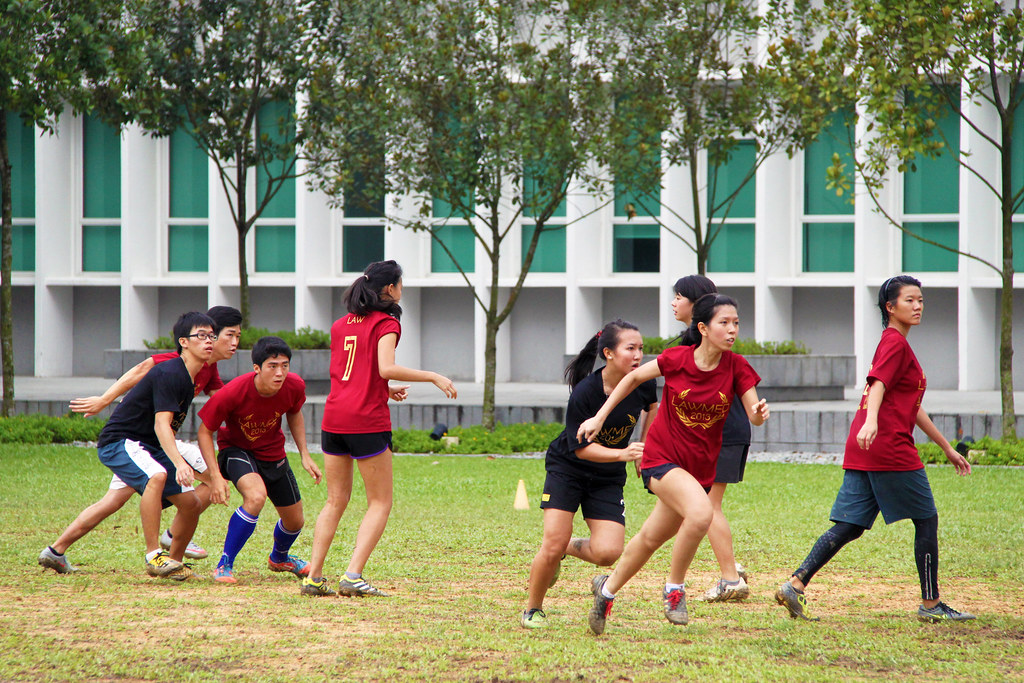 This writer may not be able to tell the difference between layout-Ds, layout-grabs and skys, but it was evident that Team Law fought hard. 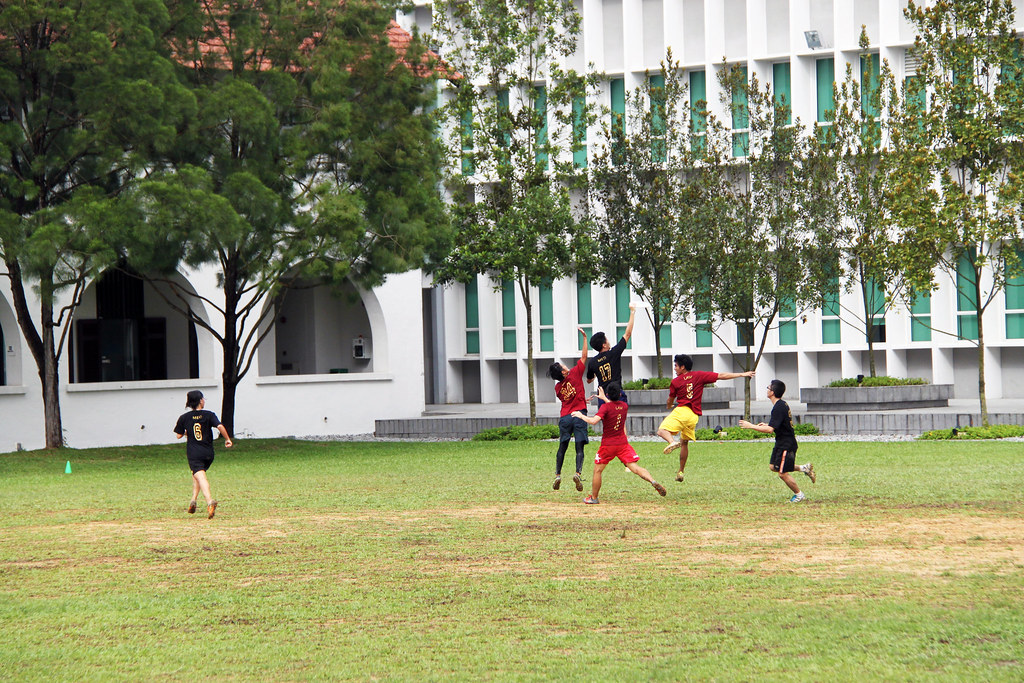 “Zhang SUPERSTAR Zhefei” (Year 1), as Captain Daniel (Year 2) calls him, was one to watch — making moves like jagger (if dear Mick played ultimate) on the upper quad. The seniors also held their own — with Agatha Low (Year 4) taking the lead. 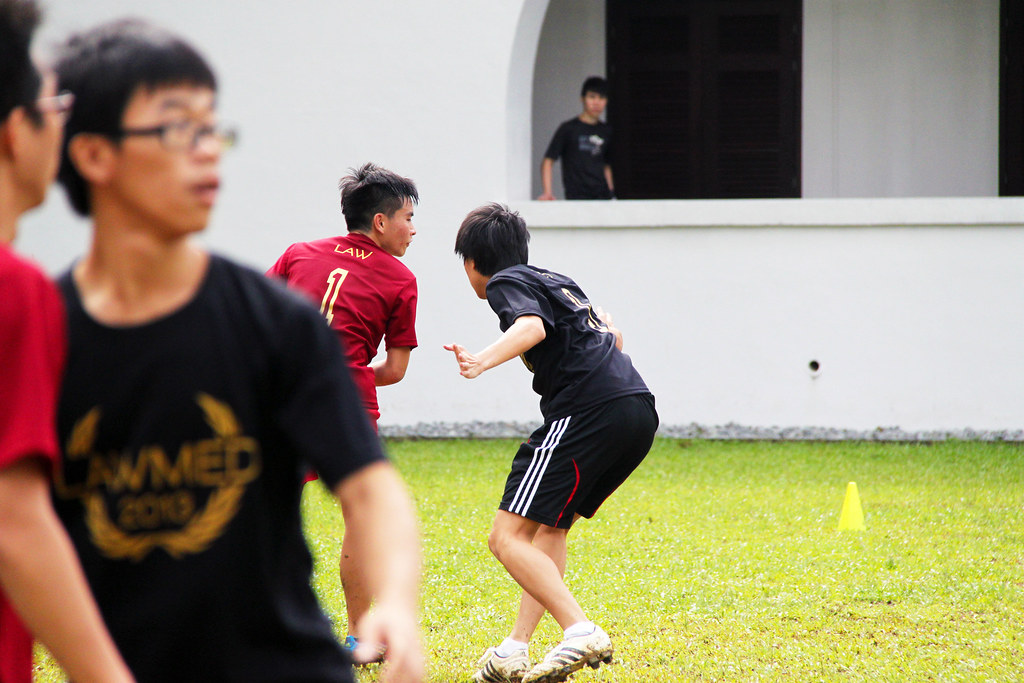 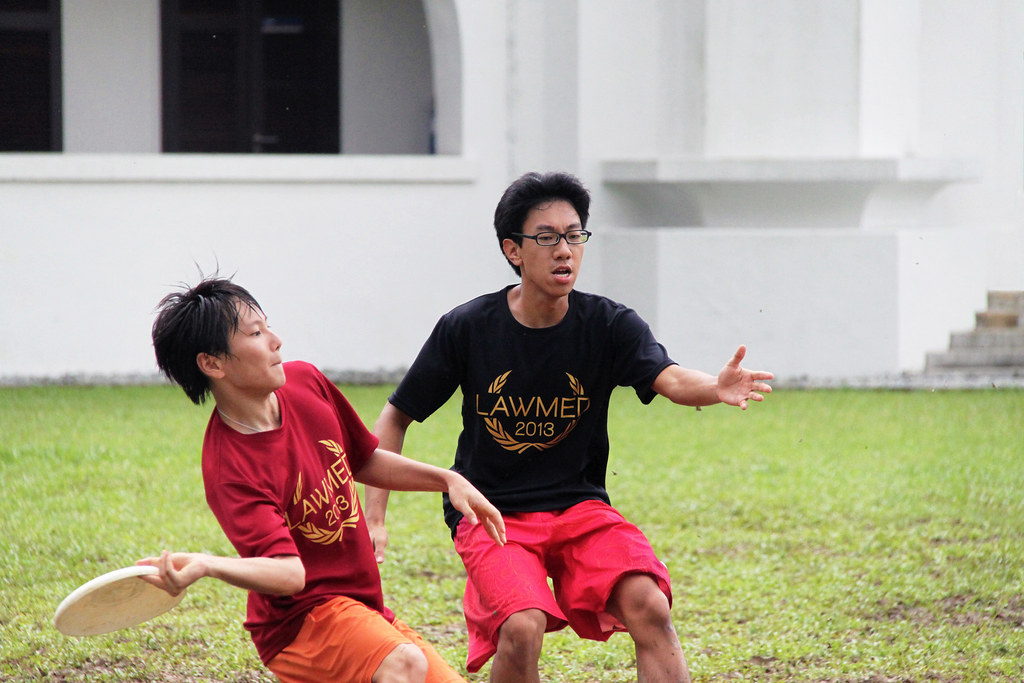 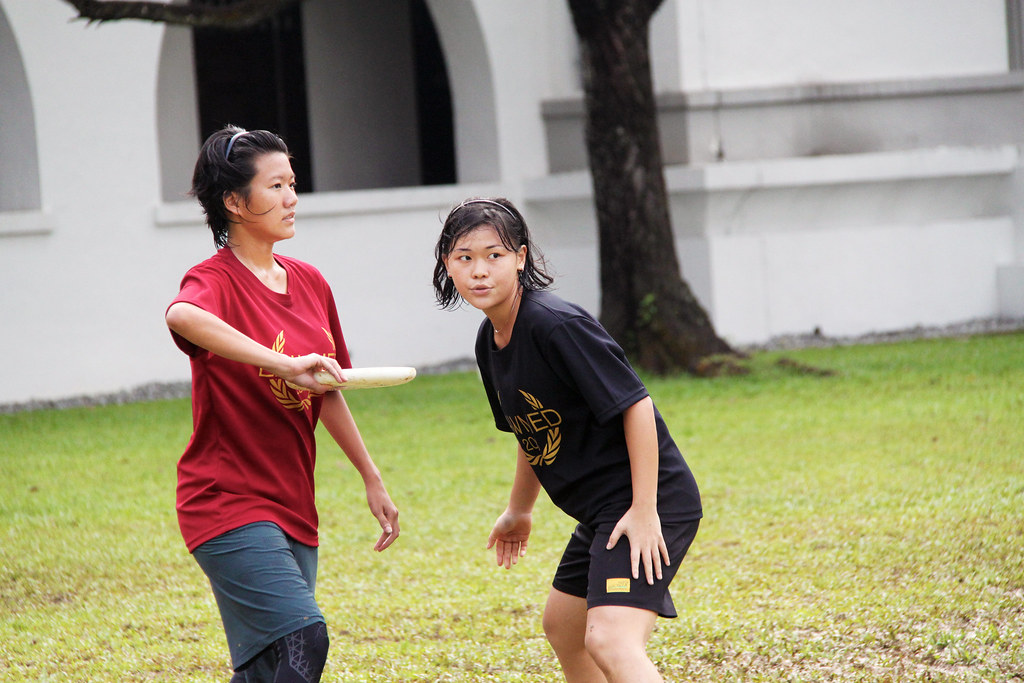 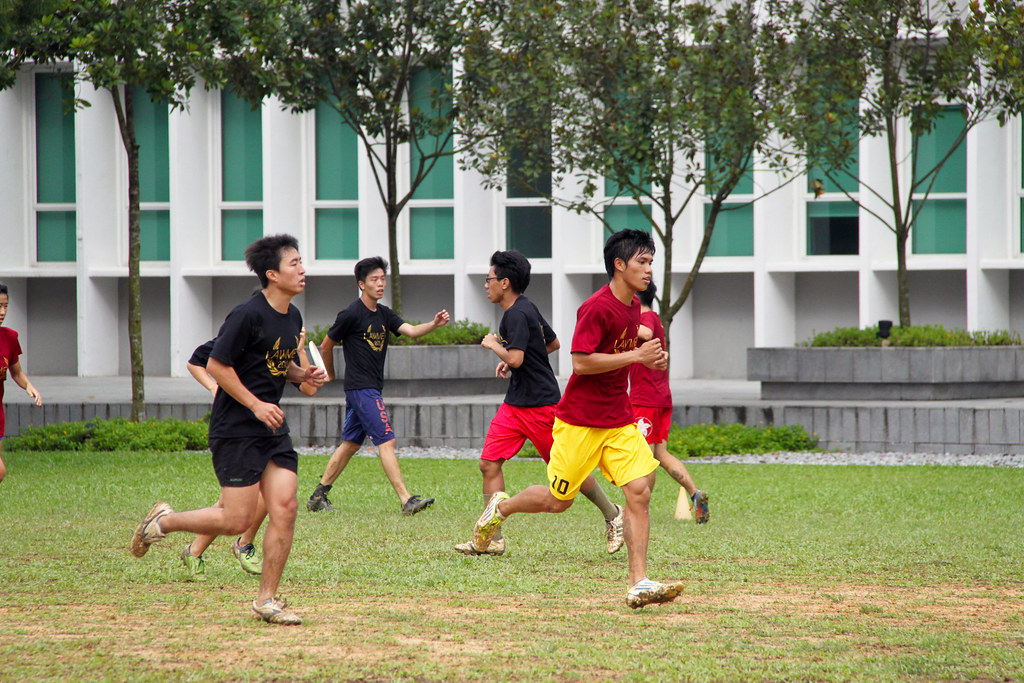 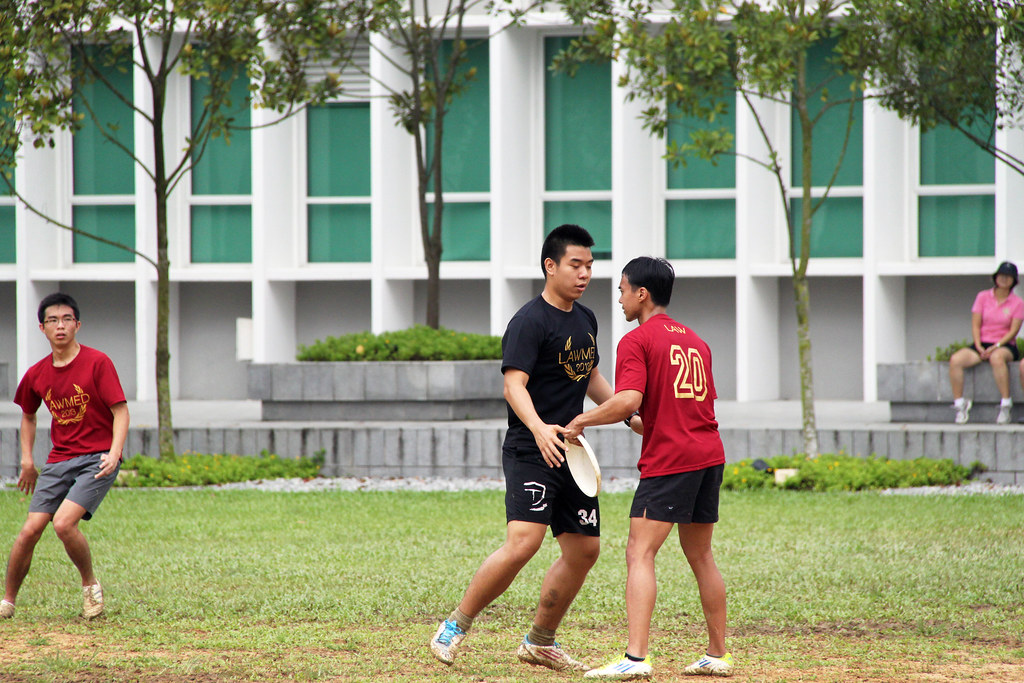 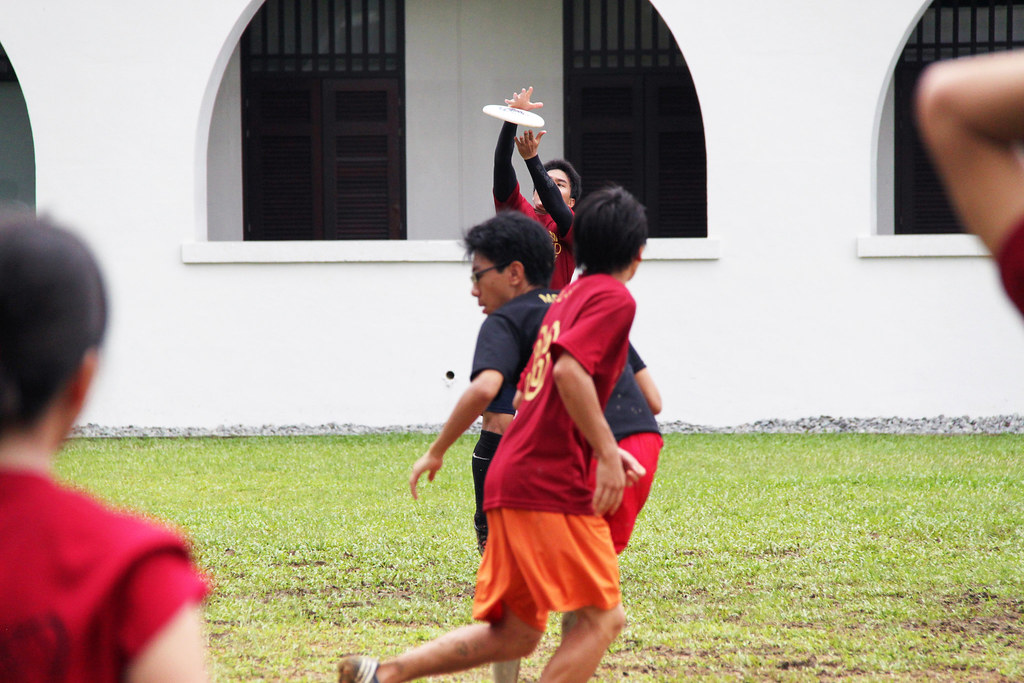 Team Med may have won 15-7 with their skills and experience, but Team Law is determined to bring on an even tougher fight next year. With many of the seniors on the team playing their last LAWMED Ultimate Frisbee face off, it will be up to the rest of the team to train harder and come back stronger. 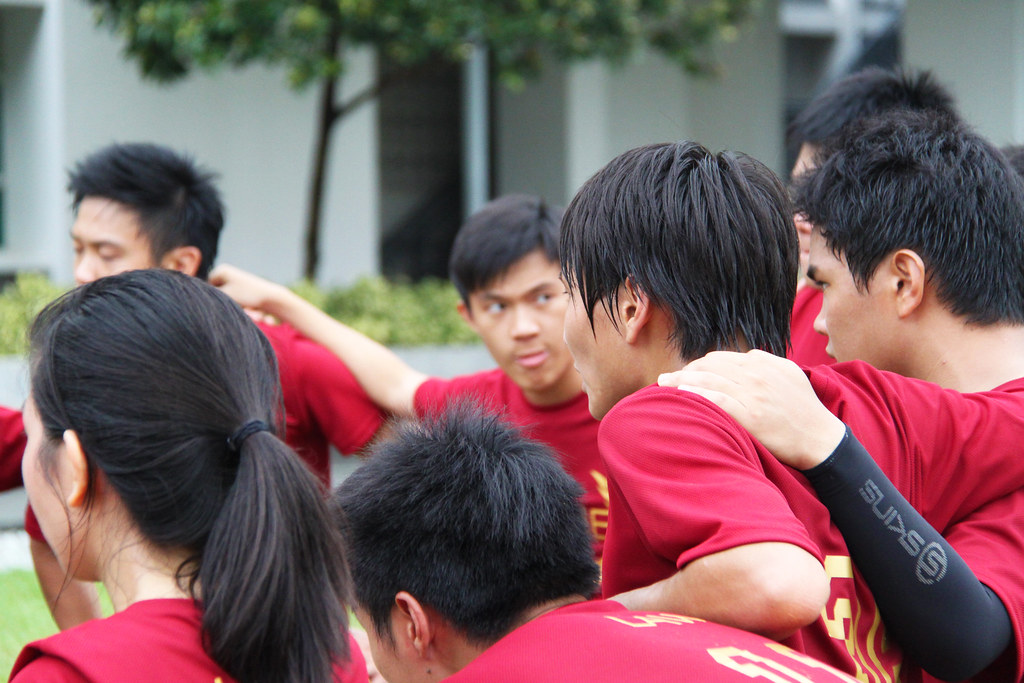 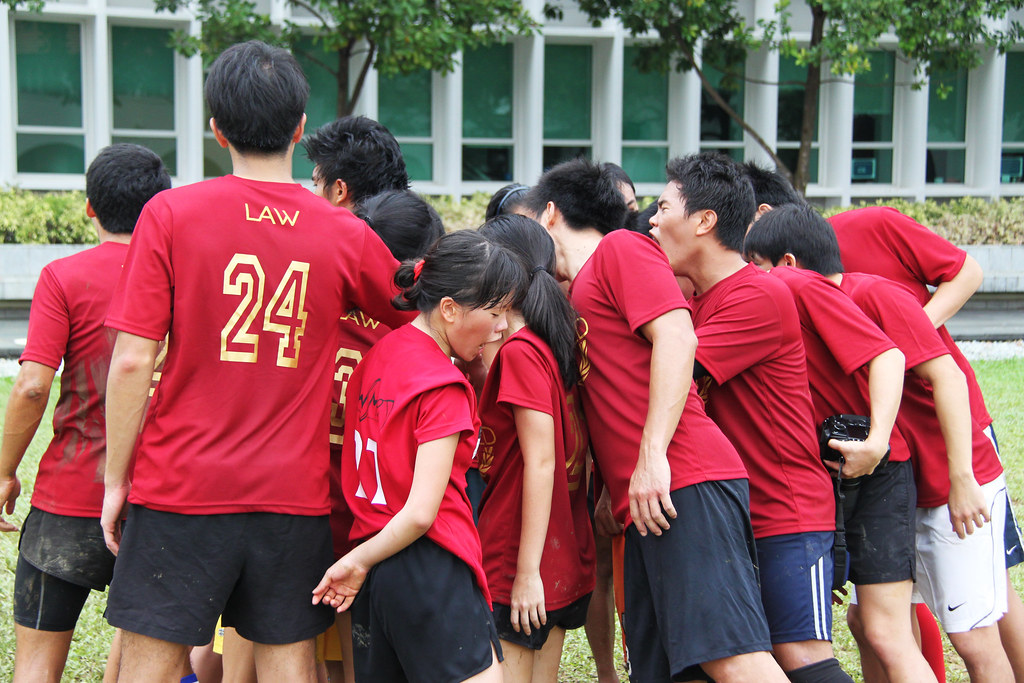 Text and pictures by Desmond Chng.