With the score between Medicine and Law tied at 7:7, the competitive spirit was at an all-time high… except that the matches that were about to commence was previously agreed upon as being non-competitive. Nonetheless, this was not going to stop the Law Team from giving it their best shot. Unfortunately, the perfect combination of a fighting attitude and toned physiques was still not enough to triumph over the formidable Medicine Team.

The defeat was but the most insignificant moment of the matches that night. Instead, the moments of camaraderie and shouts of encouragement amongst the members of Team Law were truly memorable. With Nelsonian knowledge to the scoreline, witnessing the law students from different batches bonding and connecting through sport was definitely a spine-tingling feeling.

Early into the first match, both teams were quick to secure points for their team. This was easily done with the wall-like defence of Darrell Lee (Y1), who tirelessly leaped to block every single attack from the opponents. Ben Teo’s (Y1) lanky, giraffe-like limbs were also instrumental in overcoming Team Med’s similarly strong defence. 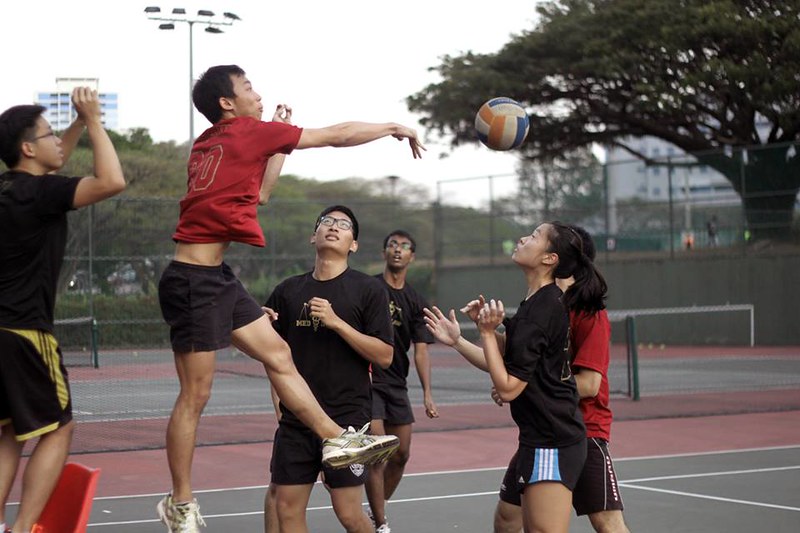 Darrell fends the attack with a powerful spike, while players of the other team watched helplessly with a twinkle of awe in their eyes.  (Copyright © 2014: Marlene Samantha Goh, NUS Medical Society Media Division)

However, soon after the half-time break was over, Team Med re-strategized their game plan and dug deep. Speedy Hijazi (Y2) retrieved the ball while weaving in and out of the medicine athletes, but it proved to be insufficient for medicine’s equally competent players. Despite Team Law’s valiant efforts, the opposing team emerged victorious.

Team Law was not easily daunted, and was ready to continue the strong fight into the consequent matches. 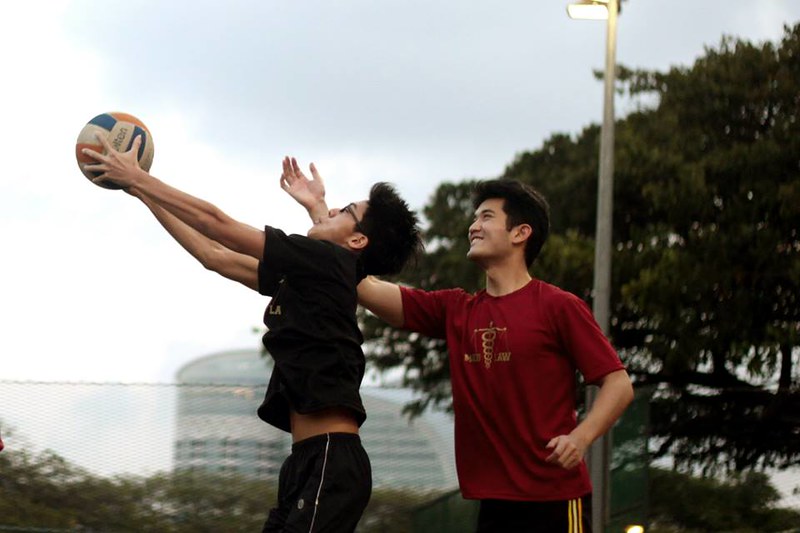 In the following matches, the scorelines were equally close. Special mention goes to Year 4’s Julian, who raced up and down the courts relentlessly, attacking just as splendidly as he defended. Jun Jinsei (Y2), with a ball-magnet for hands, also proved to be infallible against the medicine defenders. His ability to catch the scoring goals, even in the most awkward of positions, was highly commendable. 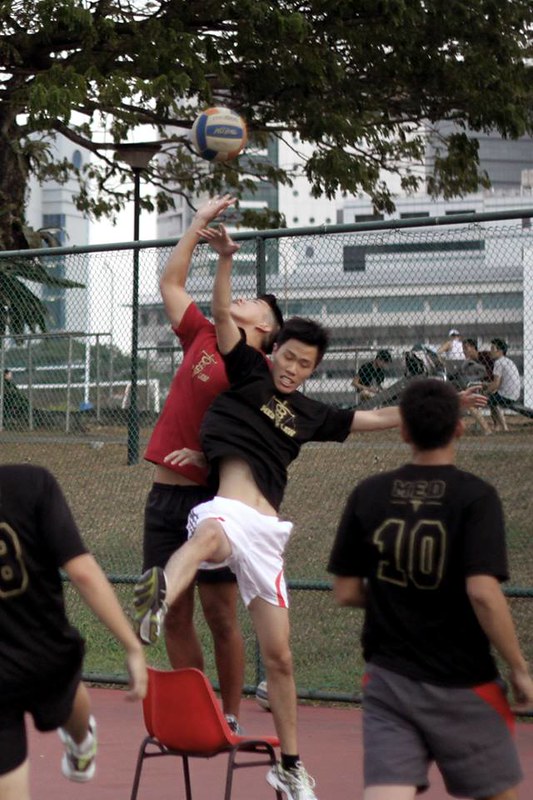 Jinsei catches the ball with ease while the medicine defender throws his hands up in the air and surrenders to this insurmountable goal post. (Copyright © 2014: Marlene Samantha Goh, NUS Medical Society Media Division)

In the final match, Team Law finally emerged victorious against Team Medicine, with yet another narrow scoreline of 11 to 9. The competitive spirit blazed in basketball prodigy Chua Cheng Aik’s (Y1) heart, as he bulldozed his way through the medicine team to score numerous goals. 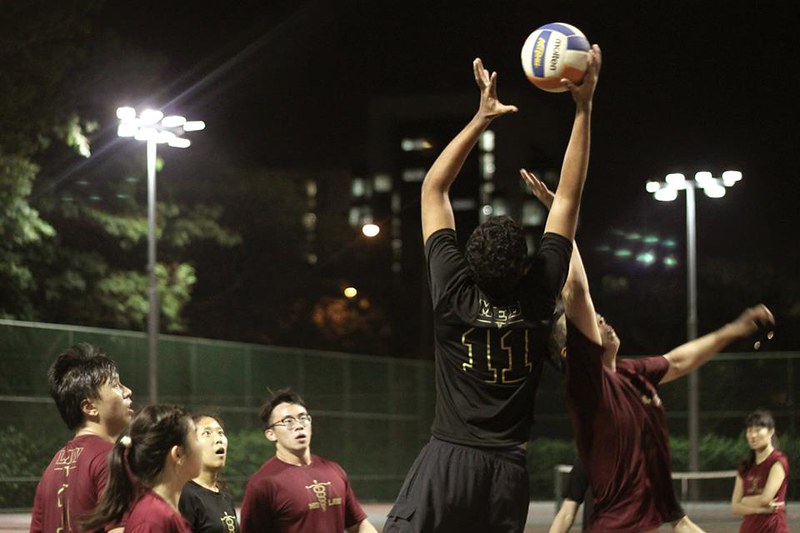 A tussle between athletes from both teams as other team members watched on in awe. They also tried to regain possession of the ball with their sheer eye-power. (Copyright © 2014: Marlene Samantha Goh, NUS Medical Society Media Division) 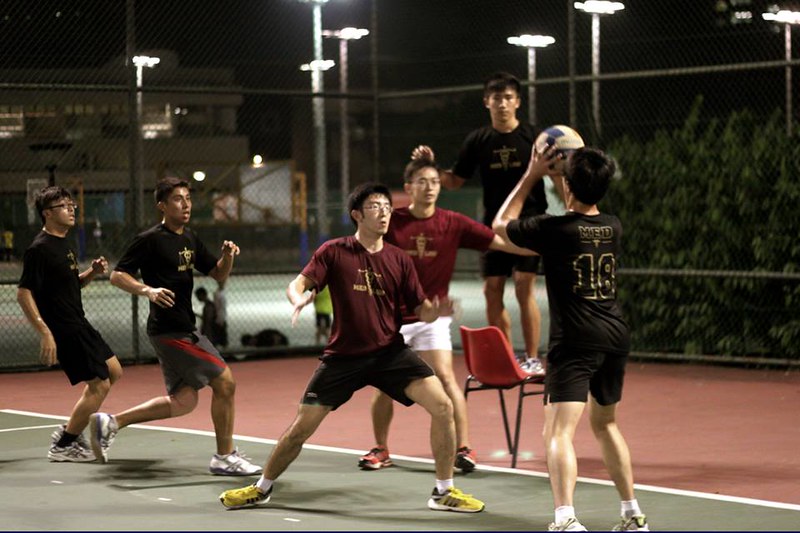 A double-walled defence by Shu Chin (Y2) and Justin Ho (Y2), ready to pounce on the attack the medicine player was about to make. (Copyright © 2014: Marlene Samantha Goh, NUS Medical Society Media Division)

Relief washed over Team Law as the final whistle blew, and our Team won the final match. While the victory was commendable, the overall sportsmanship and valour demonstrated throughout the matches was definitely more noteworthy. 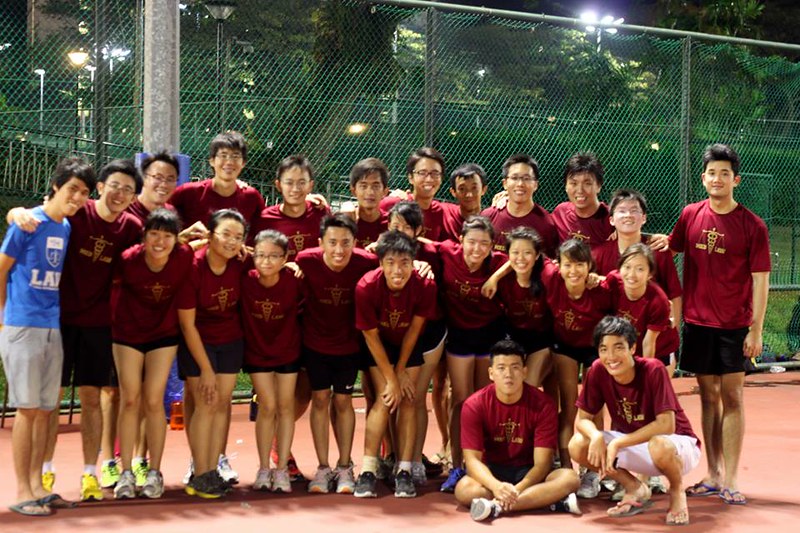 The Captain Clarence Tan (Y3) with a few parting words: “The Law team played well, given the extremely close margin. The God of Medicine was probably on their side as well, given that two out of three of our defenders were taken down with injuries (slight fracture: get well soon Darrell!!). Anyway this will become competitive next year, and I think there will be no problem for us taking down the win if we train harder next year!” (: 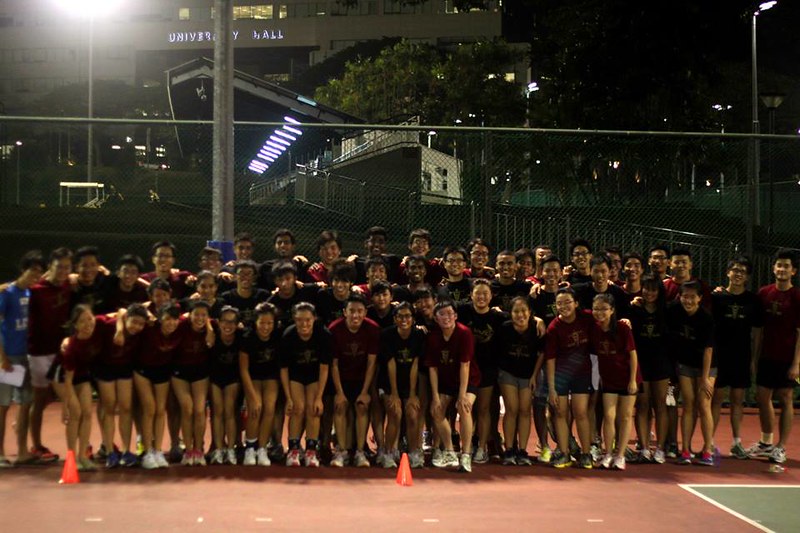 After all, we were all winners in our own way. It was a good demonstration of friendly rivalry between Team Law and Team Med. (Copyright © 2014: Marlene Samantha Goh, NUS Medical Society Media Division)