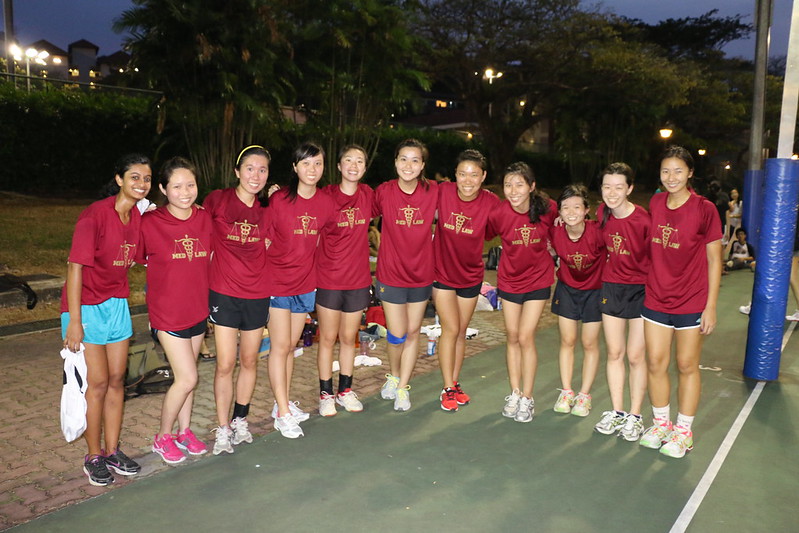 True to tradition, competition between the 2 rival faculties was fierce from the get go.  Our Law netball girls, led by second-year Eunice Chiam, started intensive warm-ups and a half-court practice before the match. It was clear that they were going into a tough fight, and were prepared to fight tooth and nail for victory. 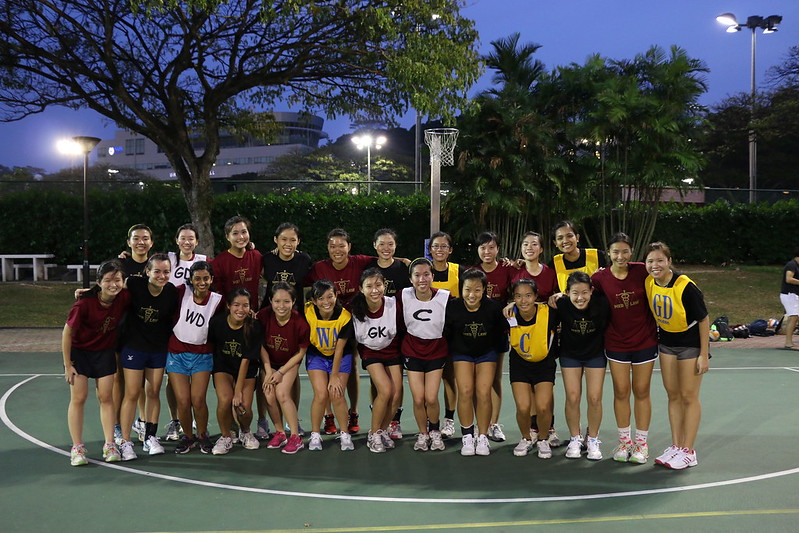 After exchanging pleasantries, the match got off to a good start; amicableness and friendliness were evident in the first quarter. 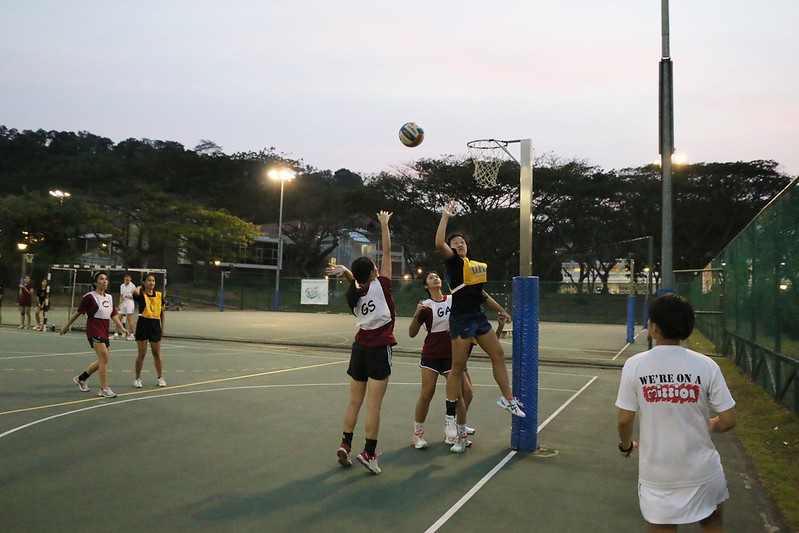 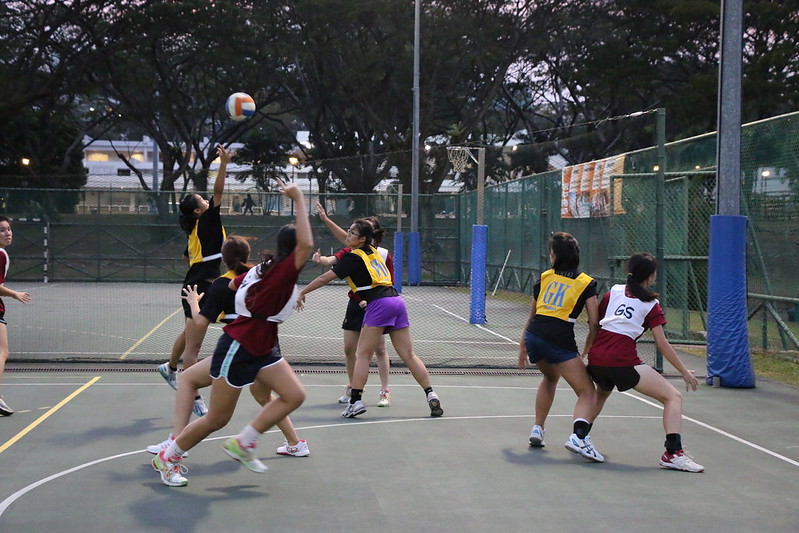 The law team quickly dominated possession of the ball from the start, but was faced with resilient defence work by the opposition, and soon enough, Law had to play defensive. After a series of successive goals, Medicine scored a comfortable lead of 6 points. Not to be outdone, Law counter-attacked, with third-year Jaime Lye, MVP of the team, leading the offense and quickly clinching two points in succession for the team. However, Medicine returned in kind, and the final score at first quarter was 10-3. In the meantime, it was observed that Eunice was playing like a “beast on the field”, to quote an observer. 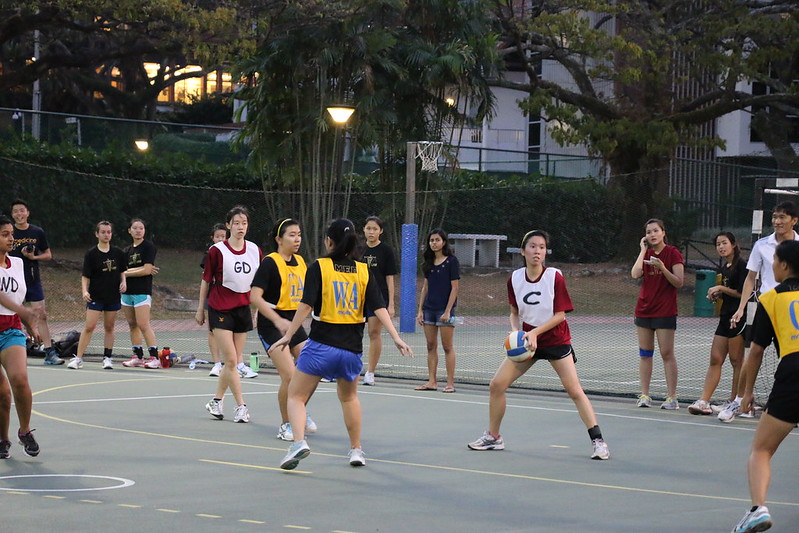 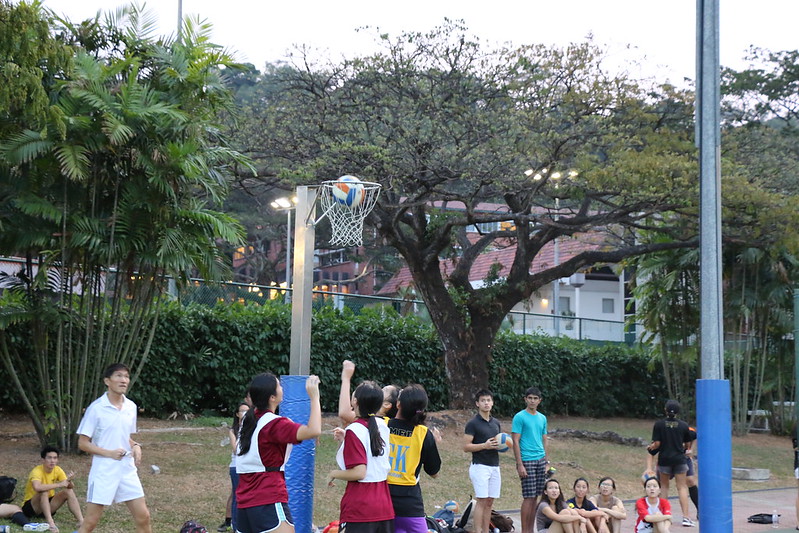 The 3rd Quarter was by far the best quarter for the Law team. Annette Liu, a seasoned Year 3, stepped in as goal defence and Eunice as Centre. Medicine started strong but the excellent defence put up by our girls broke Medicine’s almost undeniable momentum, who managed to score only 5 goals. Meanwhile Law scored a close 4. Both sides were equally matched in that quarter, with few errors, deft passes and good goal attempts. The gameplay was increasingly more aggressive as well (this writer could barely keep up with the tempo by now). 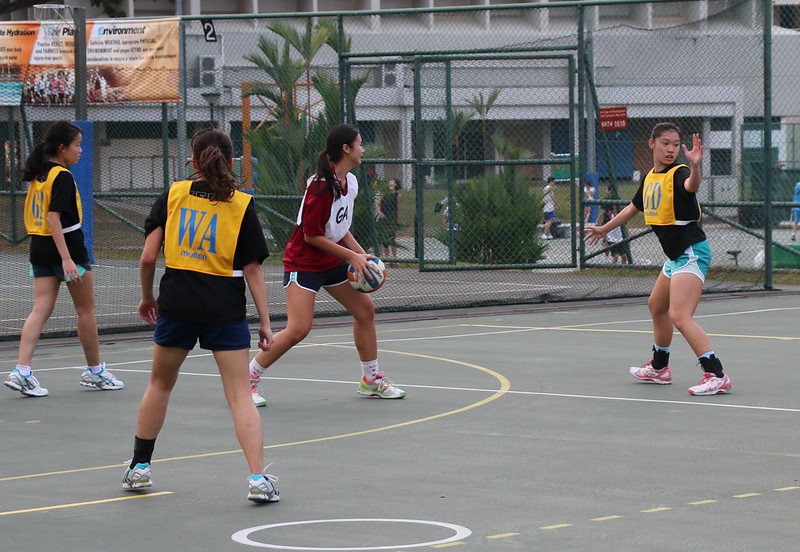 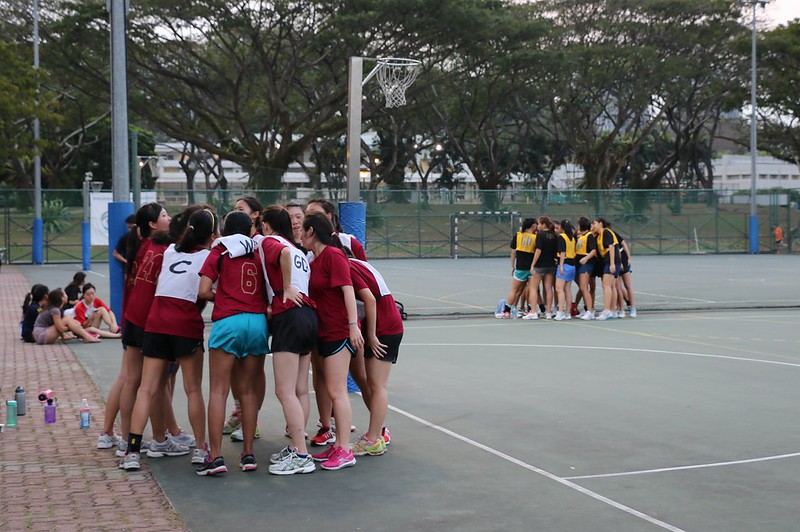 The 4th quarter commenced, with second-year Lee Shi Wee rotating in as goal keeper. By this time, Medicine was very aggressive in their gameplay, and our girls were put on the defence for most of this quarter. Shi Wee made a few good saves in the meantime, even thwarting successive goal attempts. While our girls managed multiple goal attempts in their counter-attack strategy, it was not enough to close up the lead that Med had accrued from the earlier rounds. 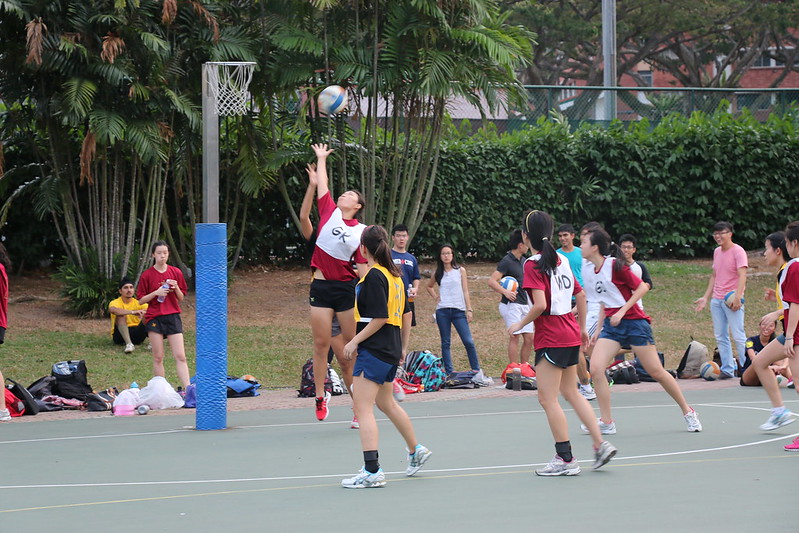 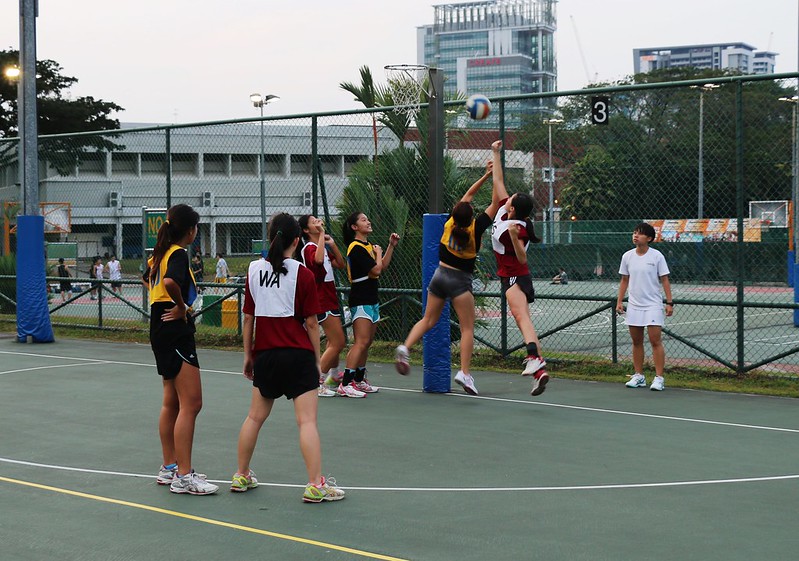 In the end, Medicine pressed on harder and won, with a final score of 34-11. In hindsight, props must be given to our netball girls team for a valiant effort, and in giving their all even in the face of relentless attacks. The medicine squad was bolstered not only by being on home ground (cue Medicine supporters), but also by a numerical advantage. On the other hand, fatigue was clearly setting in among our netball girls after the first intensive half of the match, with fewer rotations possible. Yet our Netball girls trudged on, and such spirit and determination in putting up a good fight deserve commendation! 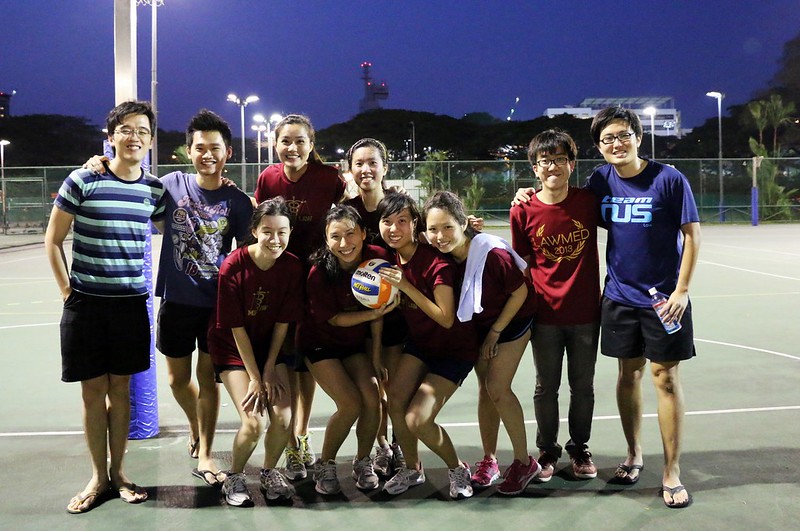 The Netball Team would like to thank all supporters for being there to cheer the team on!