In the final showdown of LawMed 2014, Team Law lost out to Team Medicine as both schools saw the entire tournament end in a harmonious 8-8 draw. Truly, everyone was a winner, at least morally.. Robert W. Service successfully applies the trite law of Descartes’ “I think therefore I am”  in a quote found on Google, no less: “No man can be a failure if he thinks he’s a success; if he thinks he is a winner, then he is.” Great job girls! Here’s the photoblog from the game: 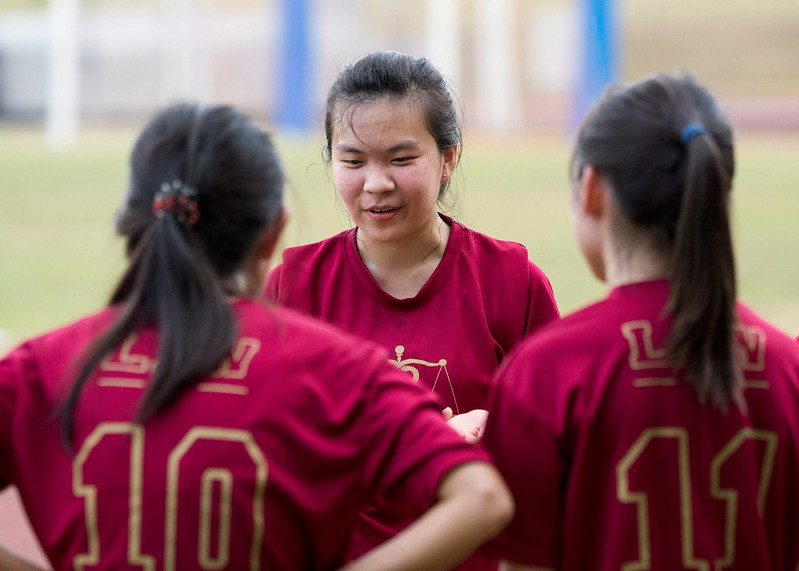 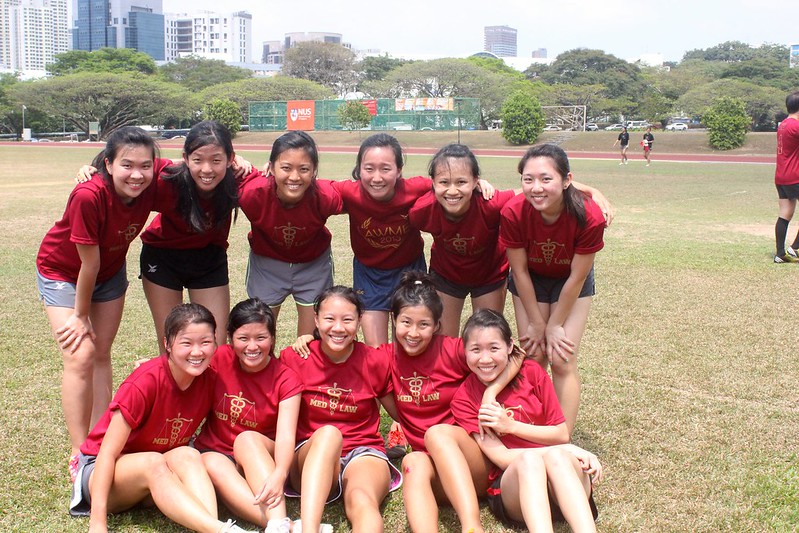 Team Law: the girls look so refreshed and fantastic we’re not sure if this was a shot before or after their match. 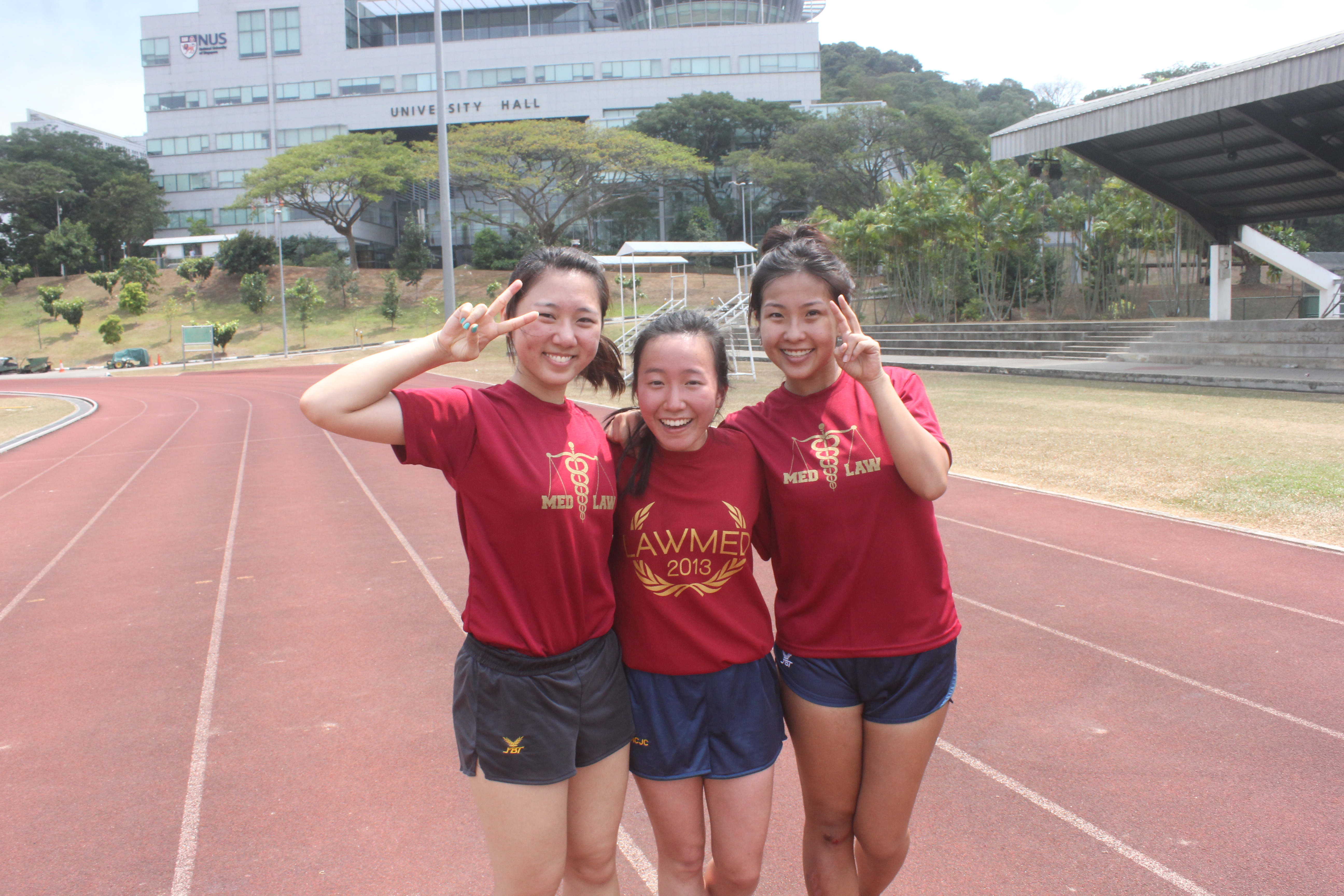 Due to the cuteness OVERLOAD, the other team members were not allowed to join the photo. 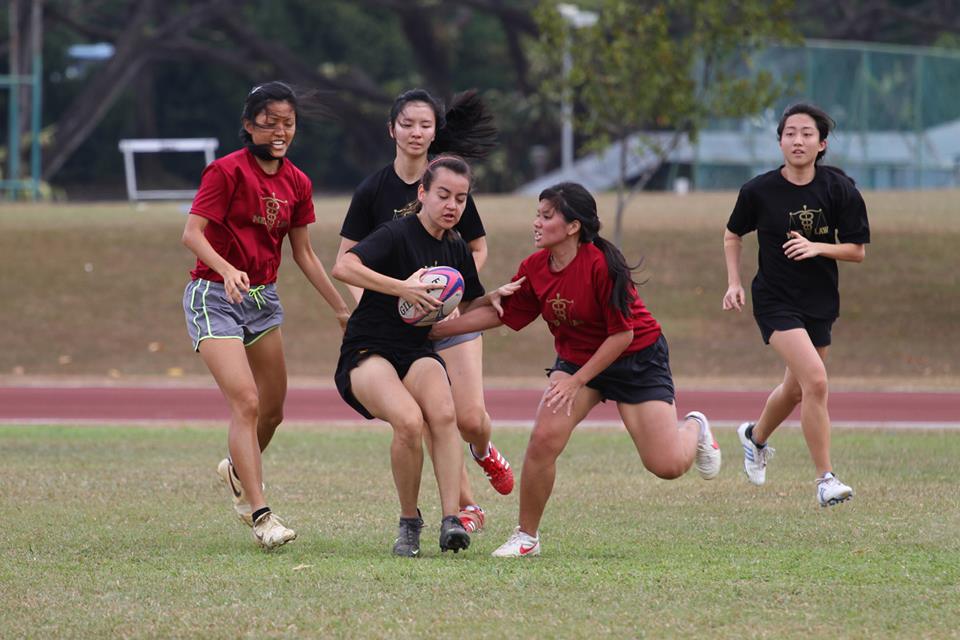 Grace Chan (Year 4) almost forgets that the Contact Rugby match between the guys was over. Thankfully, this was a few photo frames right before she Grayeciously hugged her Medicine opponent like a Carebear. Lesson learnt: true love is tough love. (Copyright © 2014: Khoo Bo Yan, NUS Medical Society Media Division) 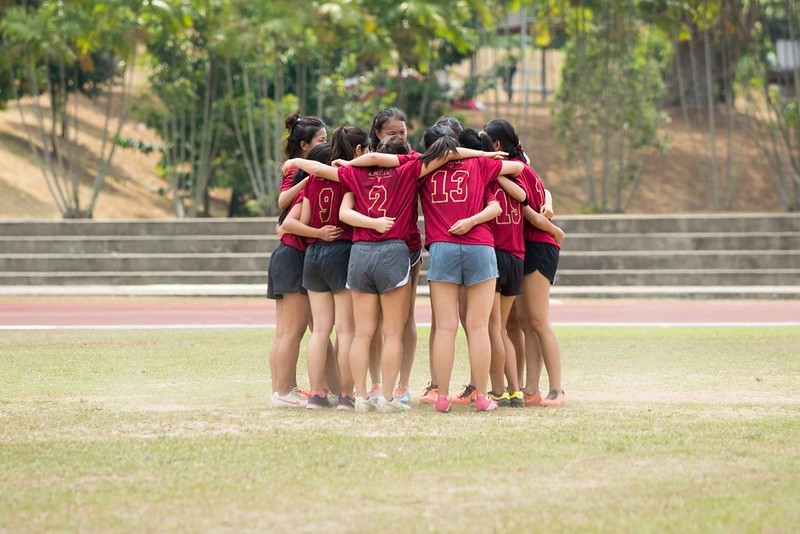 Team Law gathers to observe a moment of silence before the game in memory of their epidermis skin cells that will soon cease to exist as they make contact with the rugged ground. 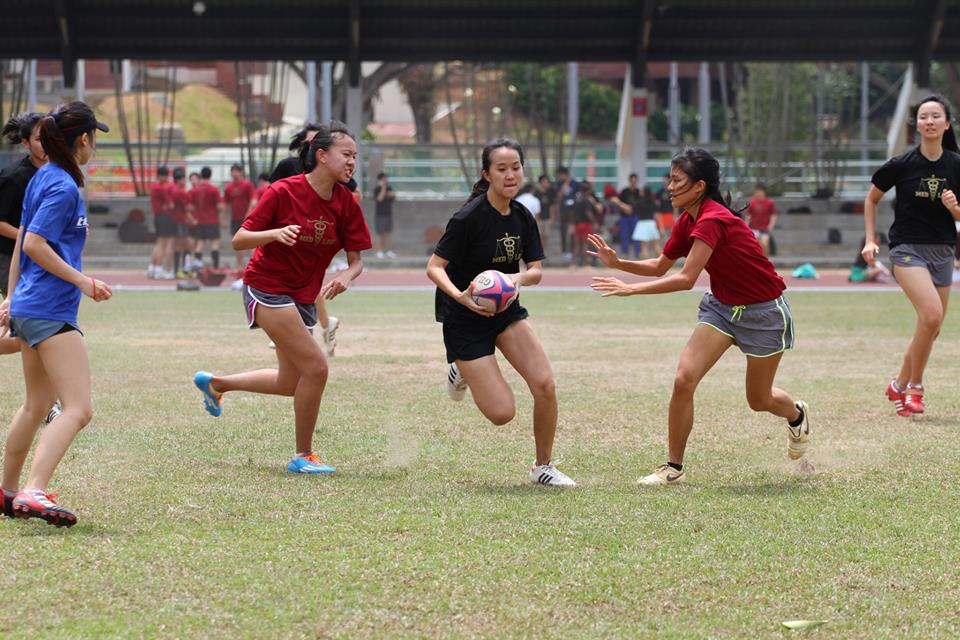 Rachel Choe from Medicine spits the defense as Nicole Chee appears to say something that we cannot say on this platform. (Copyright © 2014: Khoo Bo Yan, NUS Medical Society Media Division) 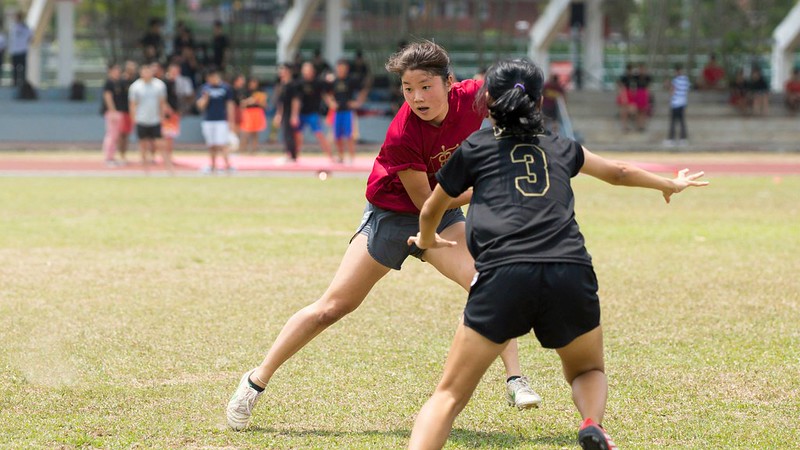 Although the Medicine defender blocks off in the picture what seems to be the rugby ball, supporters at the scene claim to have seen Alisa Toh (Year 1) unleash a nasty HADOUKEN to throw the other defenders off their tracks.

This next sequence of photos is truly terrifying, buckle up: 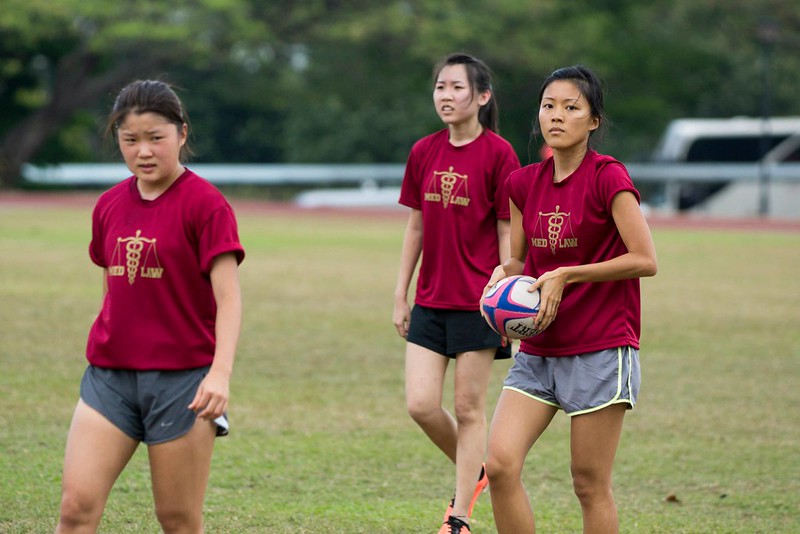 The menacing and ominous clouds cannot conceal the looks of doom on the girls’ face. Is it the game? Is it the weather? Is it a dinosaur? As Marcellius suspected after seeing the ghost of Hamlet’s father, “something is rotten in the state of Denmark…” And it hits them… 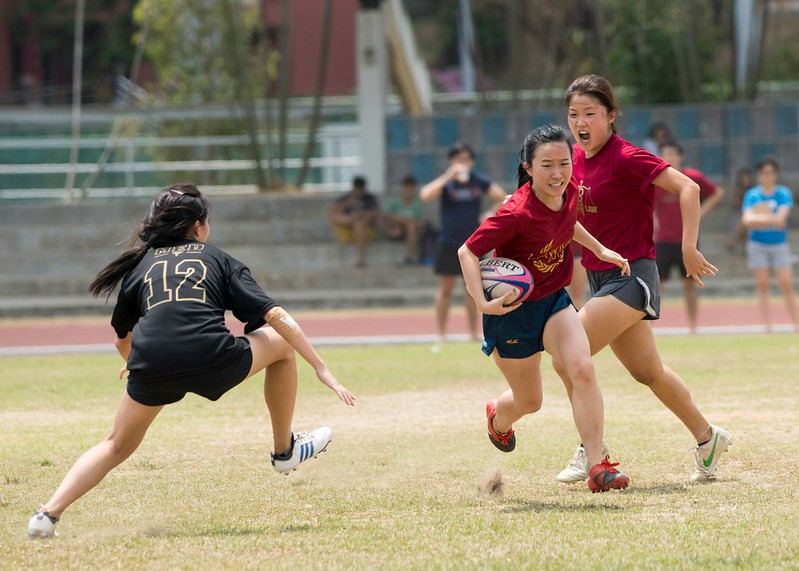 Alisa Toh (Year 1) SCREAMS IN FEAR UTTER PANIC AS JOY ATTEMPTS TO RUN AWAY, the terror and trepidation on her face, clear for all to see. Give her a hug in school if you see her around. 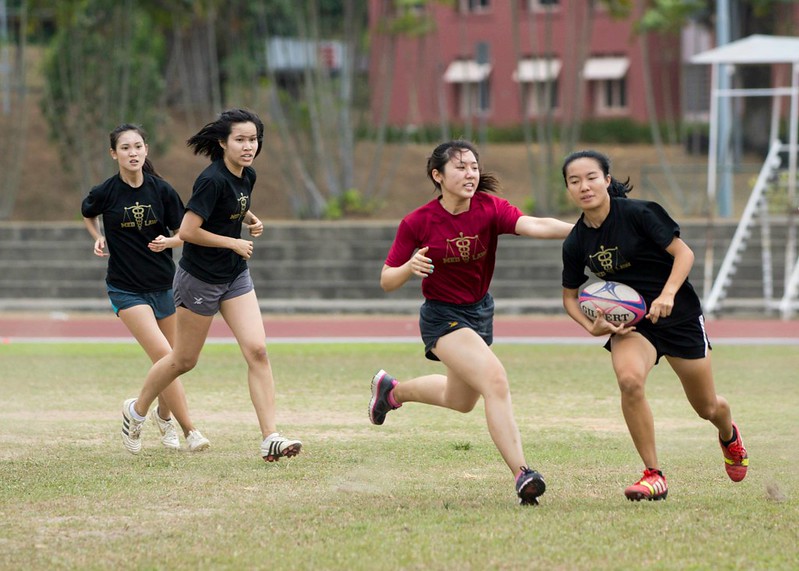 The Medicine opponents look far less oppressed in moments of peril and devastation. 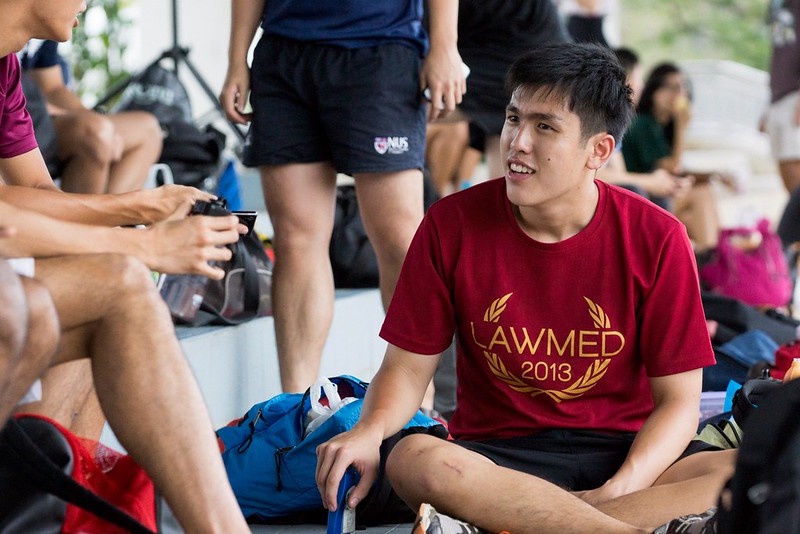 The editor saw the need for a comic and picturesque respite: a handsome man was spotted in the stands. Enjoy the magnificence that is Loh Tian Kai (Year 2). 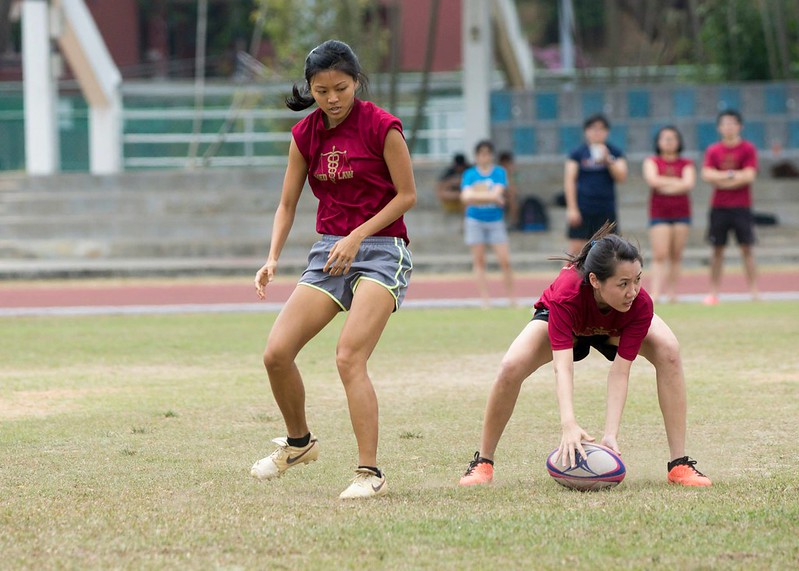 “Eh I wanted that”: Catherine (Year 4) looks on in disdain as Denise Tay (Year 2) kopes the ball away from her, stealing her chance of glory. Nevertheless, be reminded that Touch Rugby is a Team game. 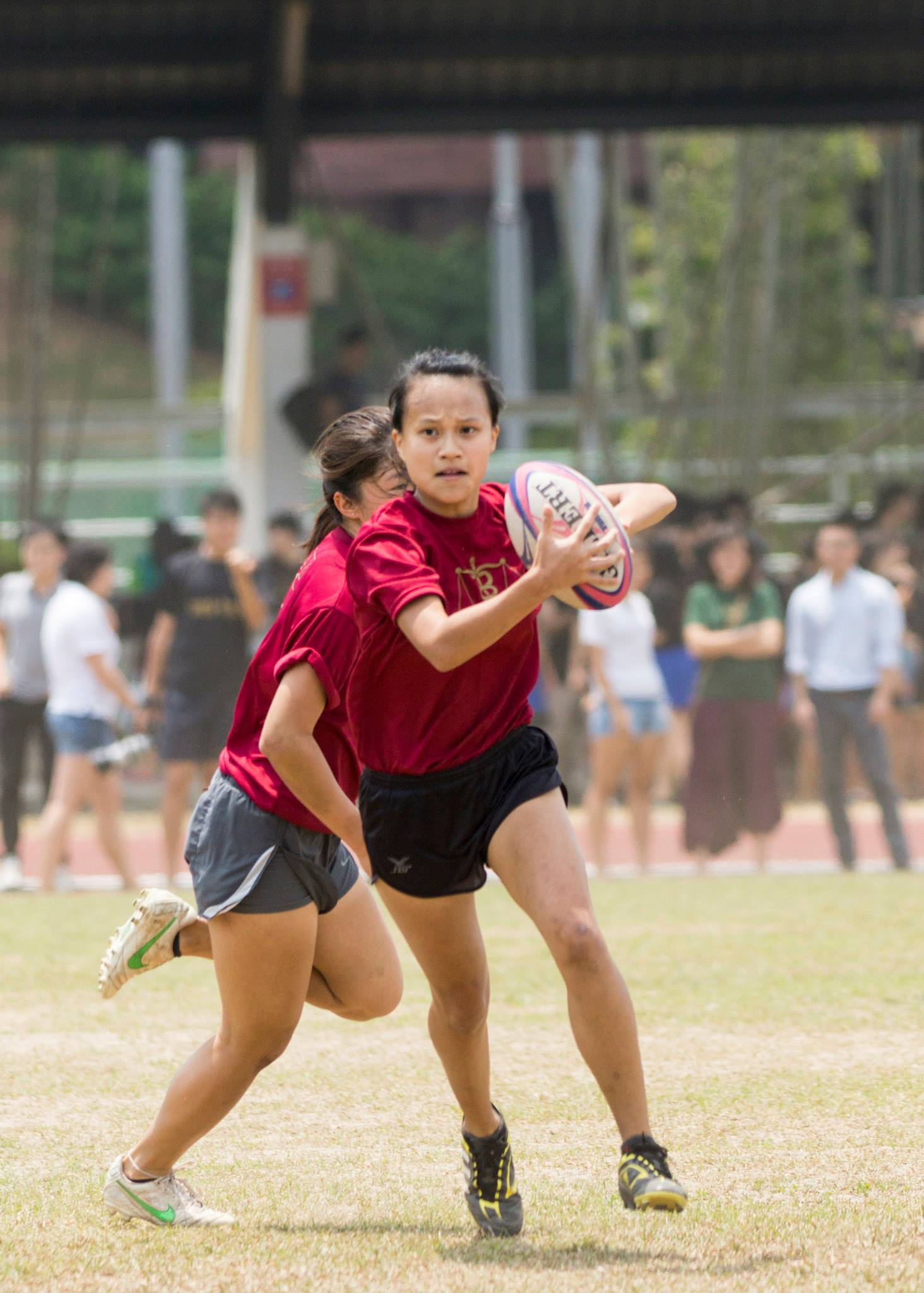 Our Law Club Welfare Director Charmaine (Year 2) strides on in elegance in her bid to win some welfare for the school with the foosball tabl… Oh wait it is no more. 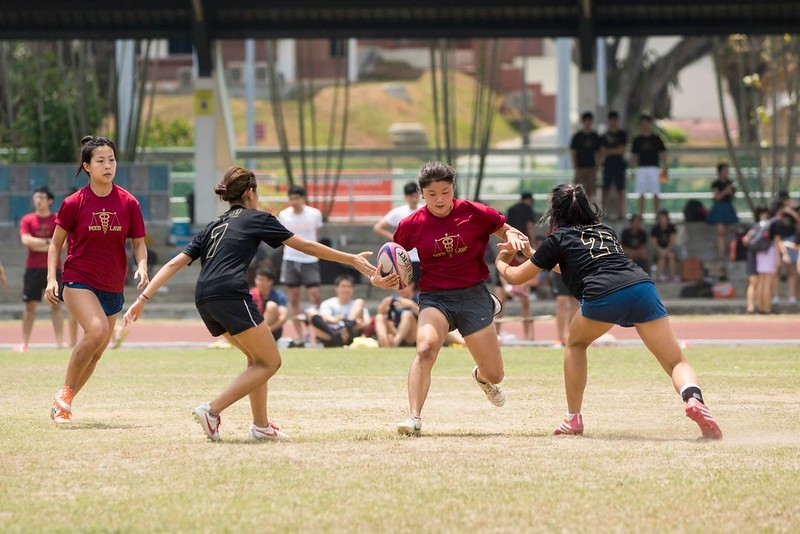 Alisa isn’t sure which way to go as the Medicine defenders seem to invite her to go through the middle but also appear to be deceiving her to do so so that they can touch her and stop the play. This is a TRULY difficult sport! 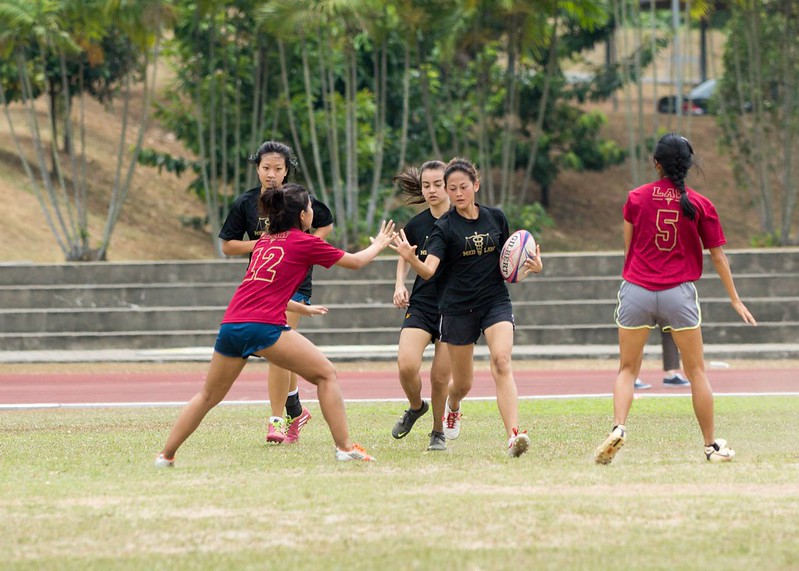 Nicholette Goh from Medicine shrugs off the Law defense with a high-five. This is a *highly* challenging move to make in an actual match especially when opposing players are moving in opposite directions at high speeds and all that stuff. Denise looks a little lost and in need of some direction here. But do not be deceived, dear reader – this Pro Bono President has our Pro Bono movement headed in ALL the right directions. (Please support the Pro Bono Group’s fundraising efforts for their trip to Khon Kaen University’s Law Faculty to help them in their own Pro Bono efforts – “like” SOD Cafe on Facebook – https://m.facebook.com/sodcafe.sg?fref=ts) This must have been pre-arranged because Grace Chan sneaks a cutesy and absolutely photogenic shot with our photographer Derrick Koh. She also instructs her fringe to cover her eyes so that her defender cannot tell which way she is looking to run towards. (Follow  @grayecious on Twitter if you’re a fan) 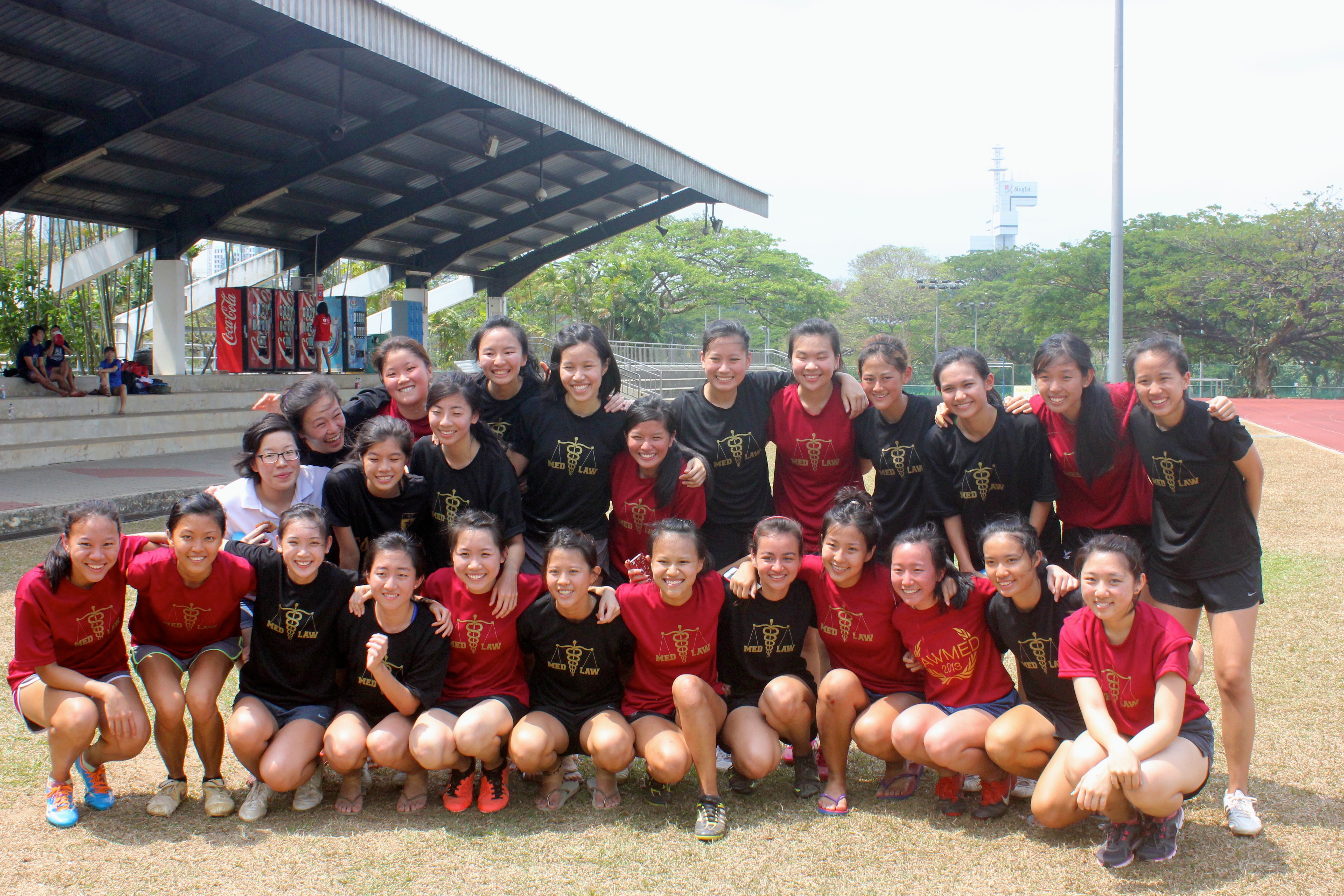