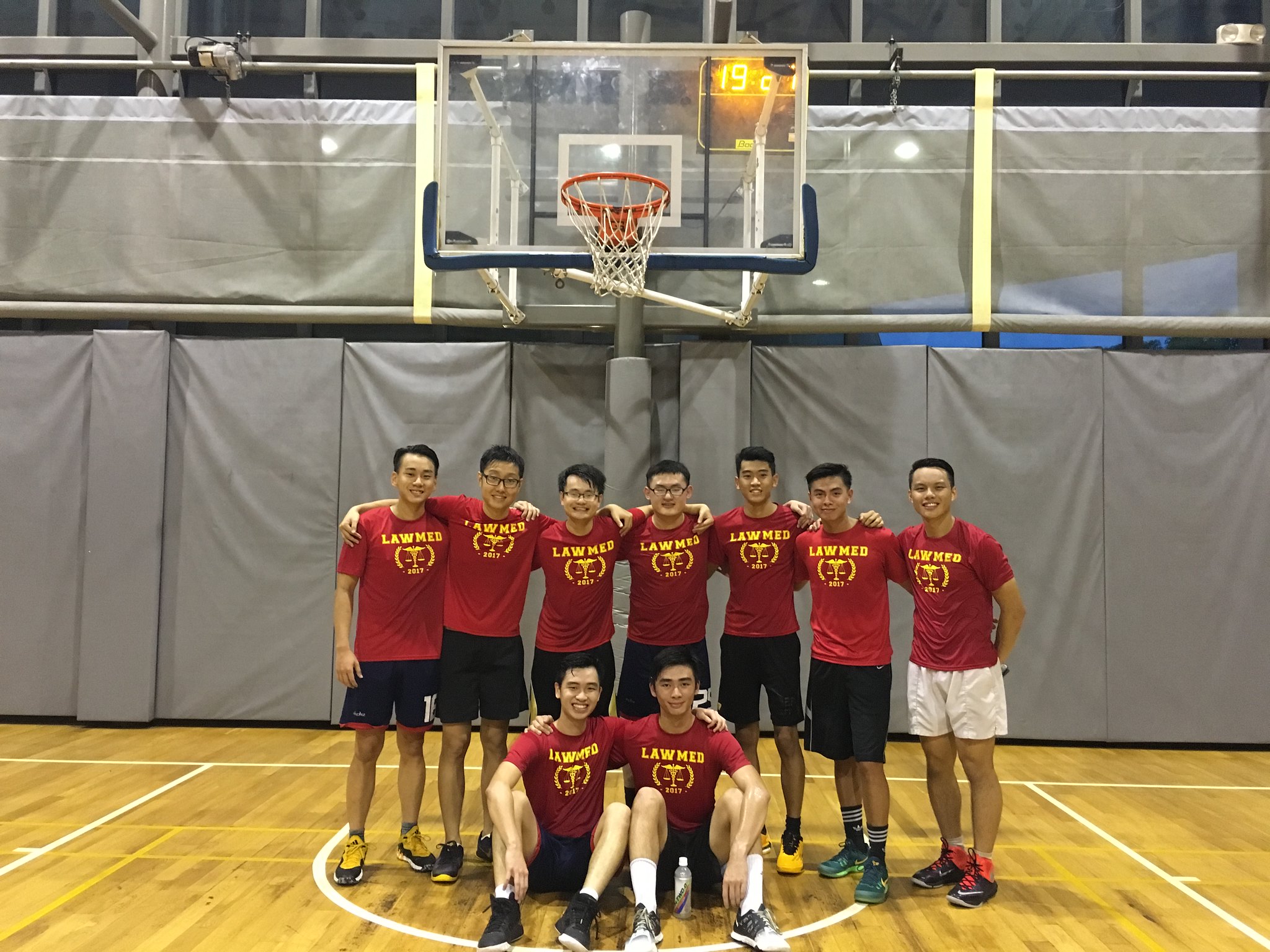 It is that time of the year again. That’s right folks, the annual LawMed games (men’s basketball series) is back again to showcase the finest players of the sport from both the Law and Medicine faculties. For this year’s edition, the author has the pleasure of providing in-depth coverage straight out of the players’ bench. Though one might be misled into thinking that it was just “another match” played out against a dank atmosphere that consisted of never-ending rain and chilly air, the author can assure you it was anything but that. Amid the hustle and bustle that was so evident on the court floor, this year’s event was definitely one lit ball game! 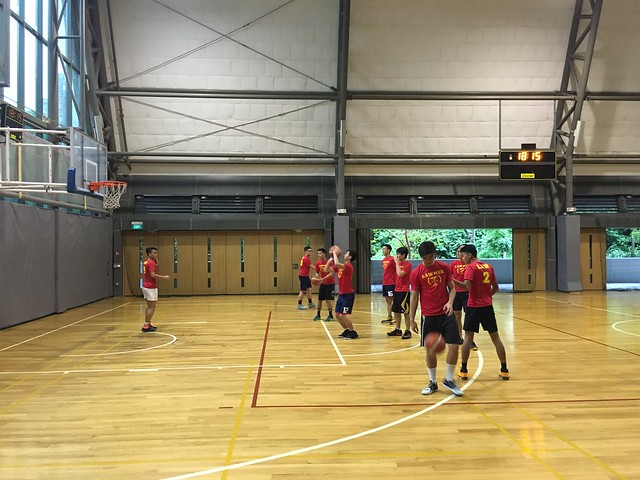 Nothing like warm-up drills to help kick things off 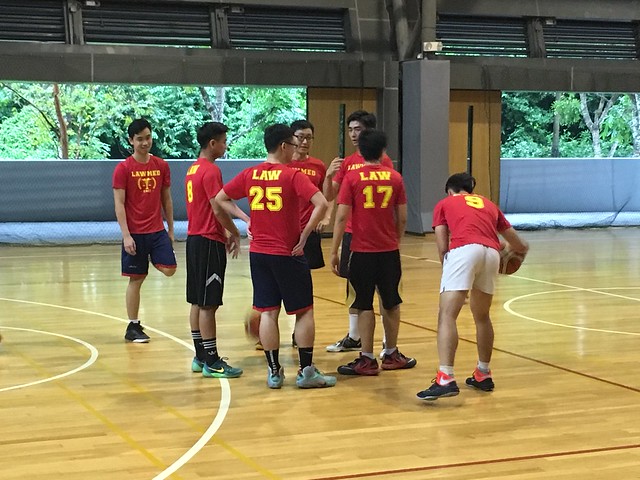 Our boys started out strong with tenacious defense that was coupled with fast-paced offense. Our very own Law strongman, Josiah “Josie” Tham (Y2), led the charge by drawing two consecutive fouls that sent him to the free-throw line twice early on in the game. This was complemented with the stellar performance of Linming “Cap’n” Ho (Y1) who not only had 3s raining down upon the Medicine team, but also was an imposing presence on the defensive end. The story doesn’t end there. Both master ball-handler Nick Yap (Y2) and Nick “Skyhook” Choo (Y2) had also contributed to the salvo with their combined energy and hustle (as evident from the scoreboard). Last but not least, the great follow-ups form both John Wu (Y1) and Walter Wan (Y2) had also bolstered the overall offensive front, leaving no stones unturned.

Our fighting boys will go on to end the first half with a respectable deficit of seven points. However, the author had taken note of the fierce determination in their eyes to turn the tables around at the second half. 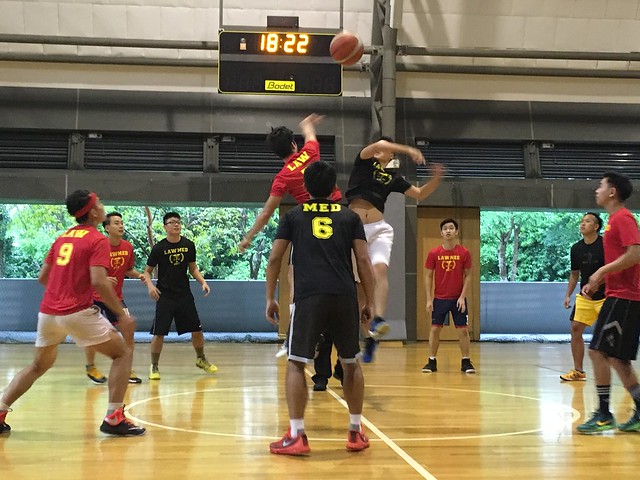 Ferocious swatting on the jump ball (so fierce that the ball almost hit yours truly!) 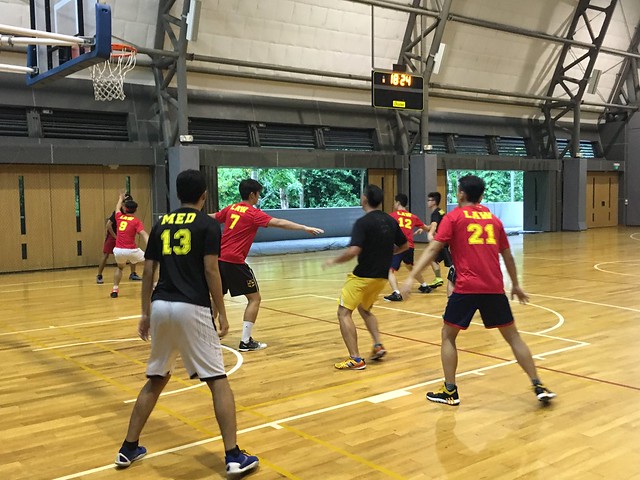 Tight zone defense on the floor 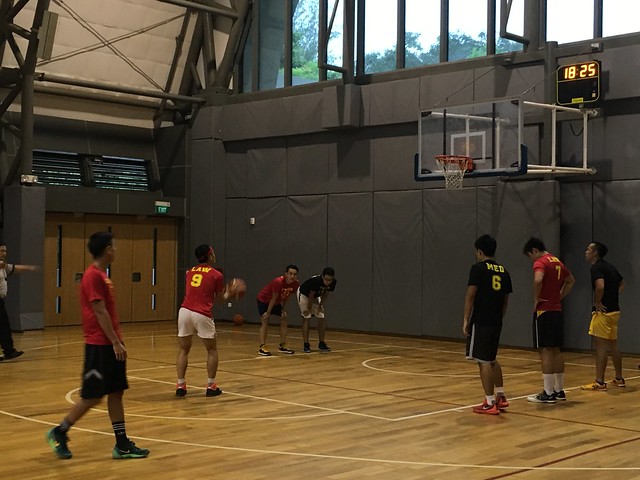 Though down by seven points and with fatigue creeping in due to a limited roster, the boys still stuck to their guns and resumed the momentum at the second half. Benedict “BT” Ted (Y1) continued his explosive performance from the previous half which led to good defensive and offensive plays down the stretch. Moreover, vice-captain Brendan “Buckets” Loy (Y1) had shown his resilience and strength by driving past several defenders in order to score an almost impossible lay-up. However, fatigue proved itself to be impossible to escape from. This, coupled with a well-stocked Medicine team manpower-wise, led our boys to end the game with the final score being 30-47 (Medicine taking the match). 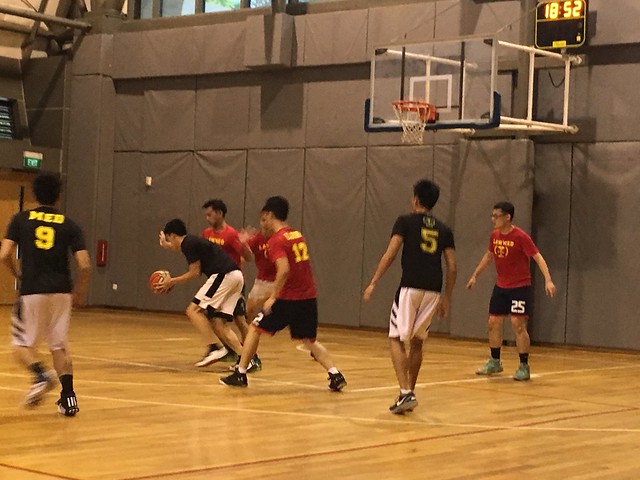 The D draping themselves all over the opposing team 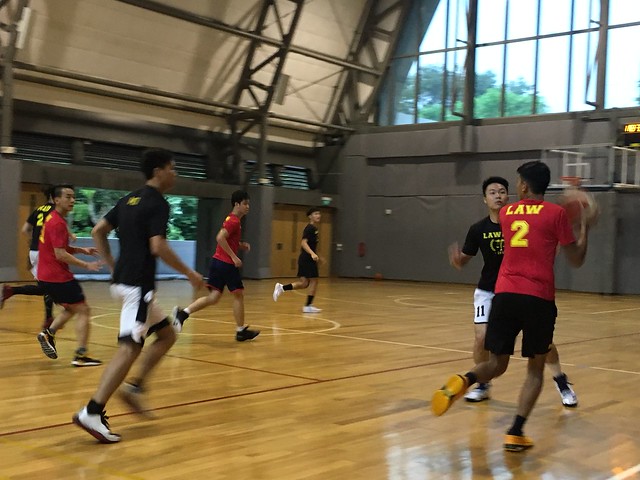 Running down the offensive stretch 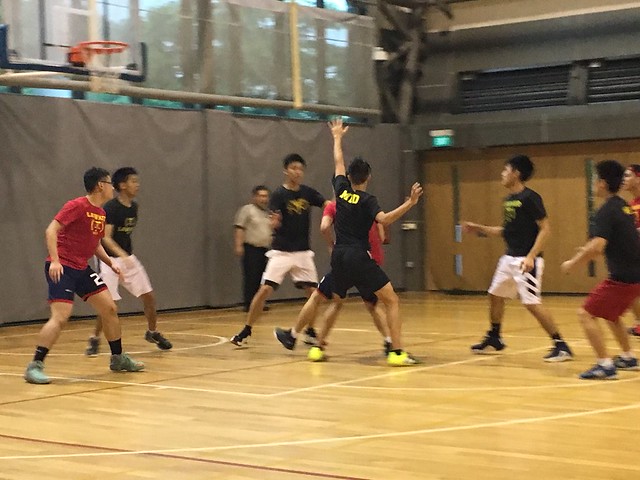 Though such a setback would have demoralized any other team, our lads were having none of that. Their conspicuous positivity going forward was evident from the get-go. Needless to say, there is definitely much more in store. The author admits that he can barely contain his excitement in finding out what’s going to happen as a new chapter unfolds next season. Only time will tell.