One thing I remember being told countless times by many different volleyball enthusiasts is that volleyball is a rather mechanical sport. One guy gets the ball in control (the dig), the next guy pushes into the air (the set) and the last guy tries to slam it into the opponent’s half of the court (the spike). If your team isn’t doing that, you’re either blocking the spike or planning for where the ball is going to go when it gets into your half of the court. In fact, Olympic matches are so mechanical that the entertainment value of your average men’s volleyball match is somewhat… limited, to say the least.

Thankfully, this Monday morning bucked the trend. When our Law men’s volleyball team came down to meet their Medicine counterparts at UTown Sports Hall 2, it was a whole different ball game; a spirit of friendly competition and rivalry permeated the musty morning air. While nowhere near the excitement level of an episode of HaikyÅ«!!, it was definitely more than enough.

Of course, first things first — both sides had to warm up for their game. 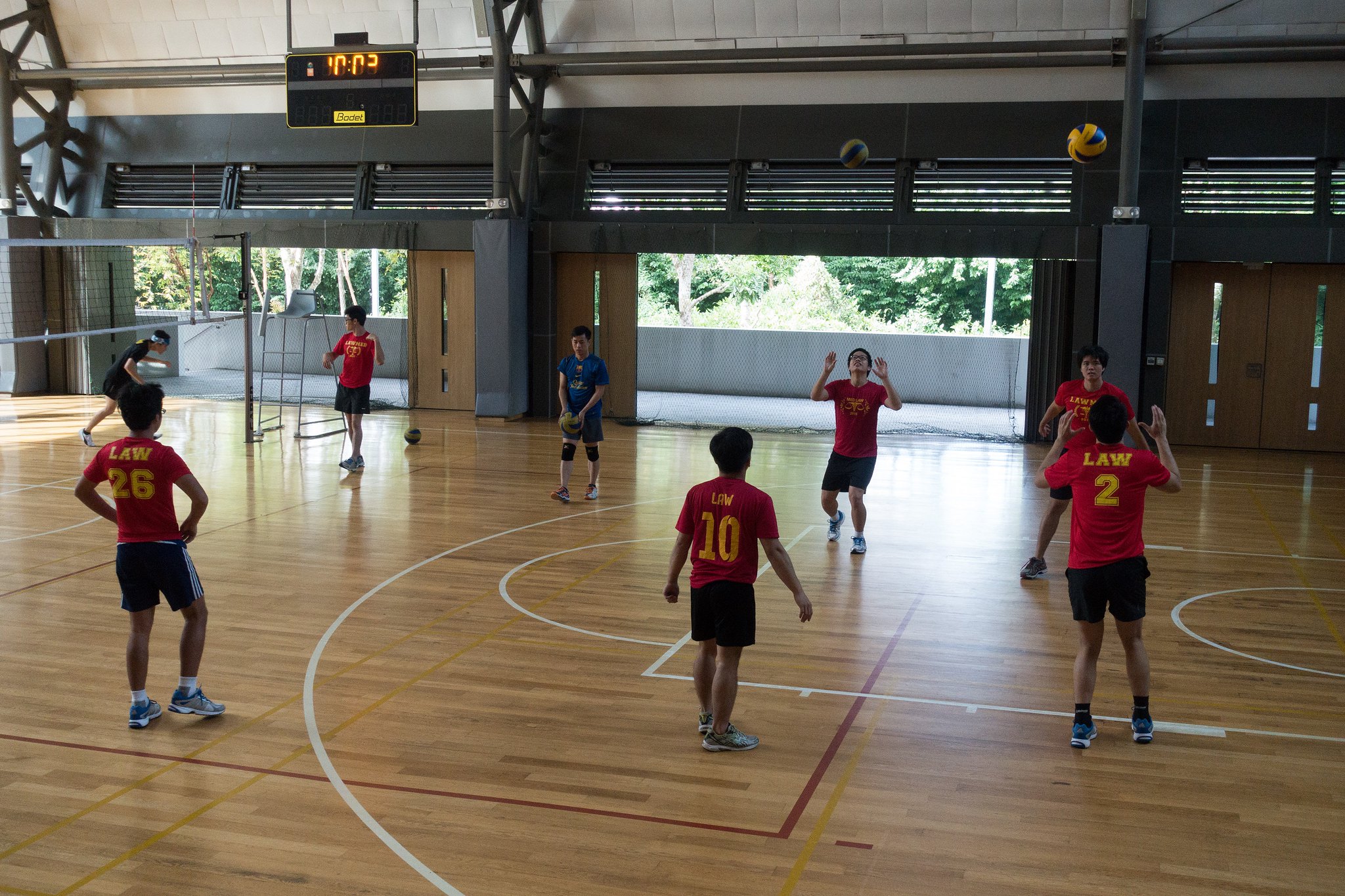 The Law team warming up for their game… 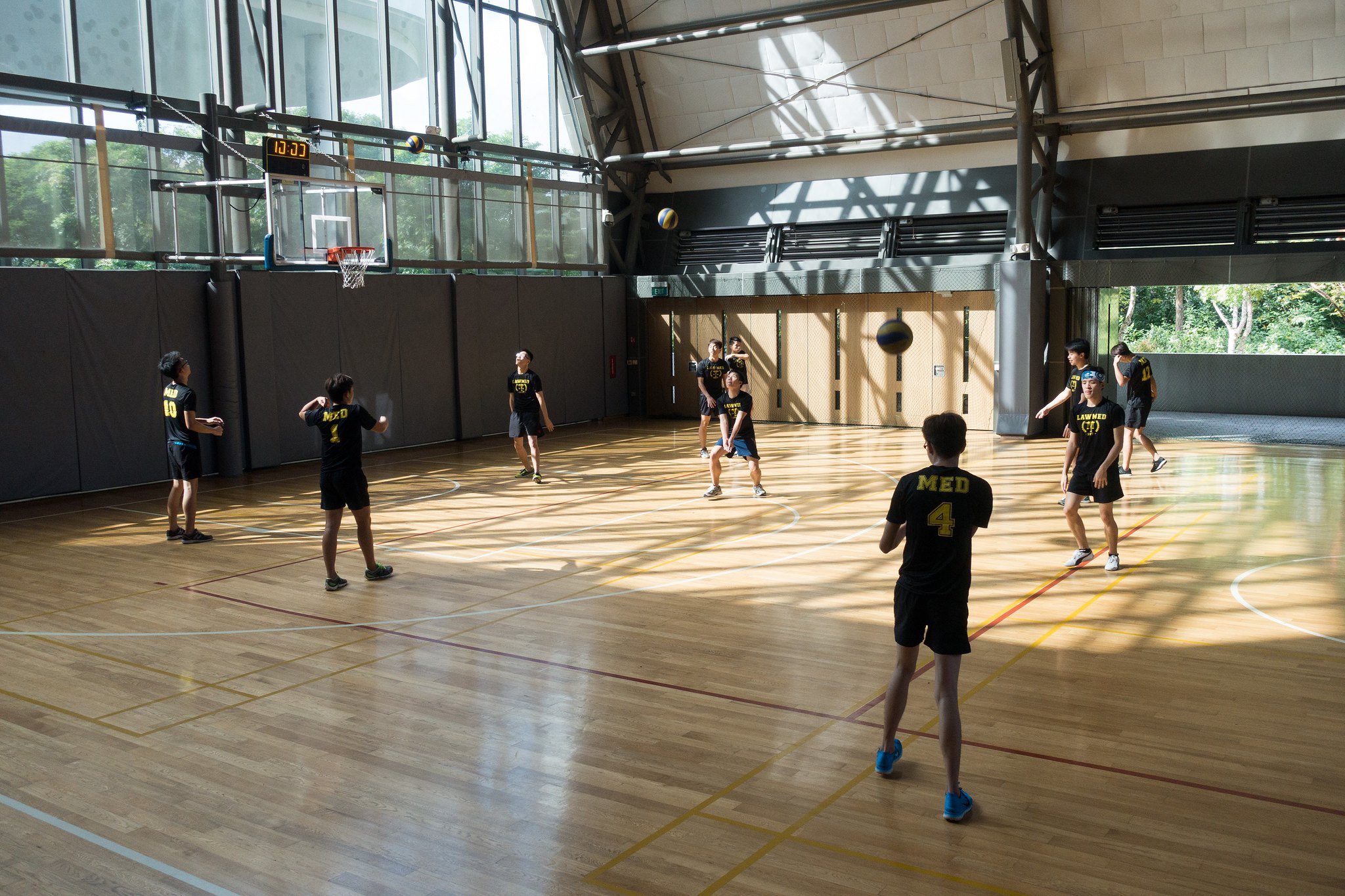 The Medicine team warming up on the other side of the court. 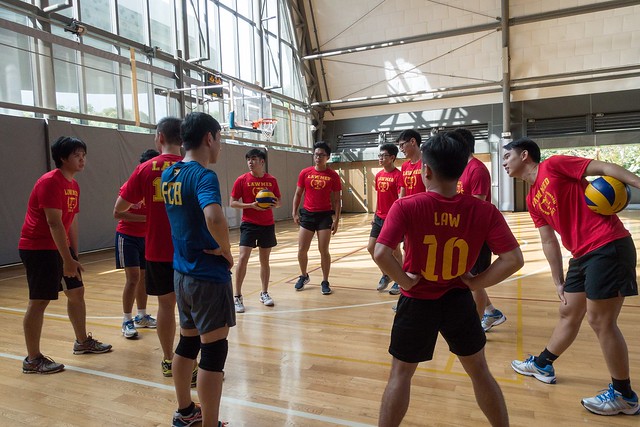 Next, as always, the teams had to talk strategy. Never a good idea to go into any match without a clear game plan! 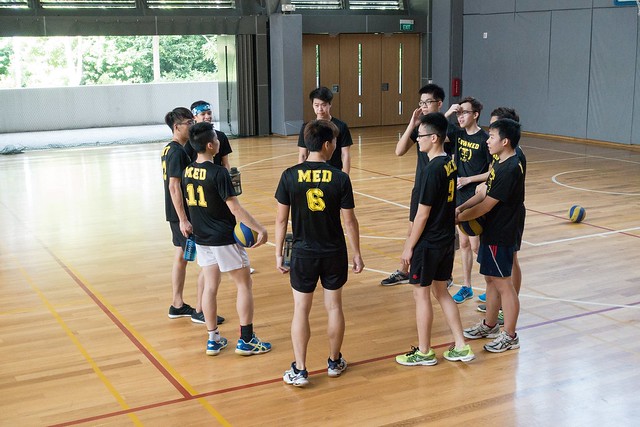 Finally, there are the customary team handshakes, and we are good to go! 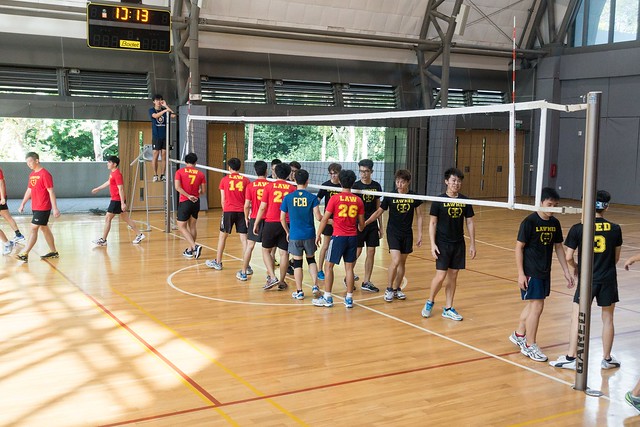 Law rushed straight out the gates with a commanding start. Easily securing and sustaining a five-point lead until the first time-out was called, Law proved to be absolutely dominant throughout the remainder of the set, stretching those five points into a convincing 25-14 victory. 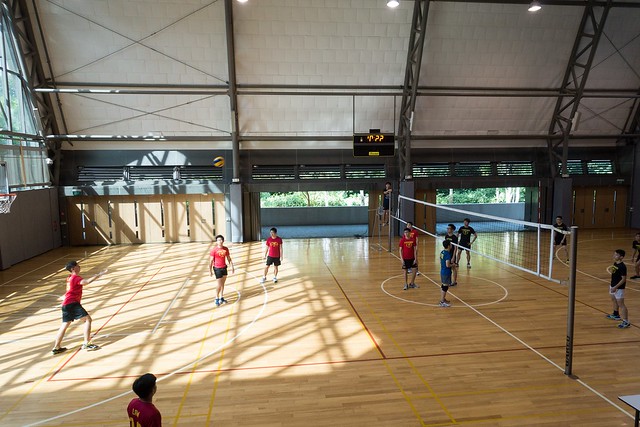 Having started to figure out the Law team’s strength and weaknesses, the Medicine team really upped their game. Sending forth their star spikers, the Medicine team began pushing the attack more aggressively, forcing Law to respond to a flurry of powerful spikes. 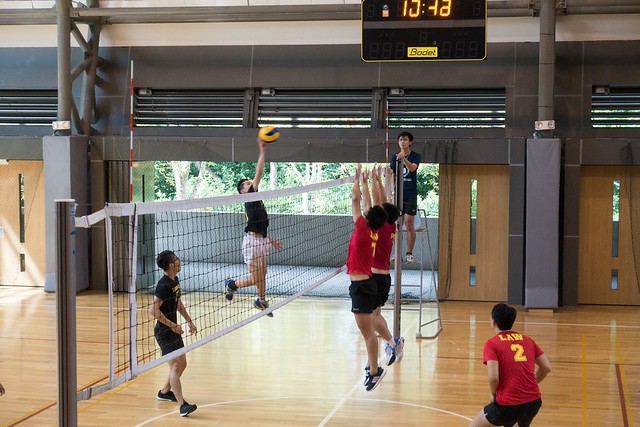 Fortunately, Law managed to seize the initiative and show the same form that they showed in the first round, nailing a 25-16 victory.

The first two games were taking its toll, and Medicine was continuing to tighten the screws on Law’s warriors. Hardly five minutes into the third game, Law was down 1-5, and Medicine was playing at peak performance. At the rate that it was going, it looked like Law was going to concede a game, and a fourth (or even fifth) game would not bode well for the team.

Just then, Law started picking up the points again, struggling their way to equalize at 7-7. With that, the same momentum that had seen Law through their earlier rounds began to show again. 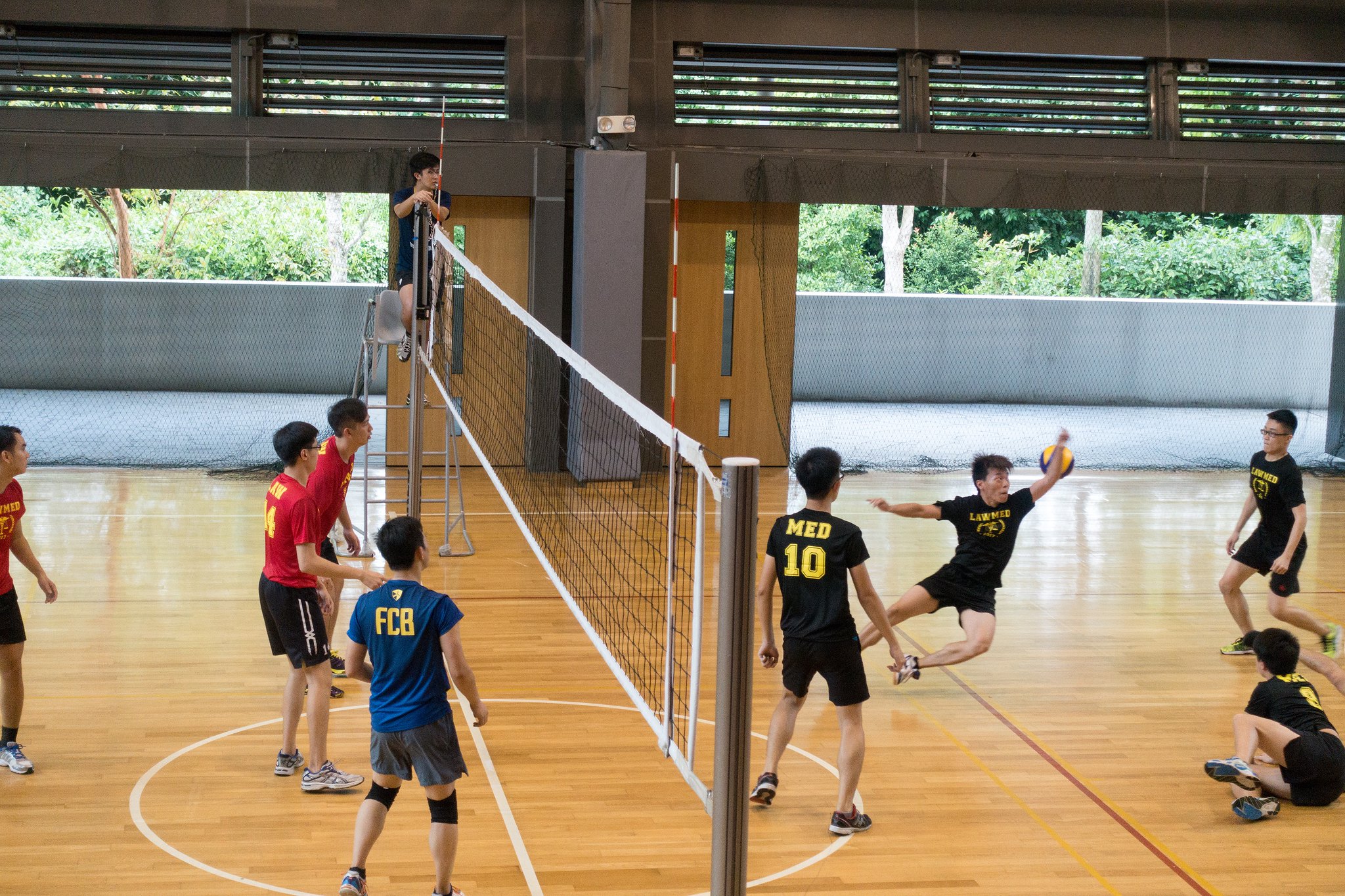 At approximately 11:35am, a serve from the Medicine team fell short, slamming into the net. A shrill blow of the umpire’s whistle, and a point for Law.

Law had won in three straight sets, allowing yours truly to go for lunch early and fill his growling stomach with pizza.

While there is definitely an element of competition in the LawMed games, it is certainly secondary to how sport brings people together. Both teams definitely had a good game today, and even after yours truly headed off for lunch, they were still playing friendly matches! 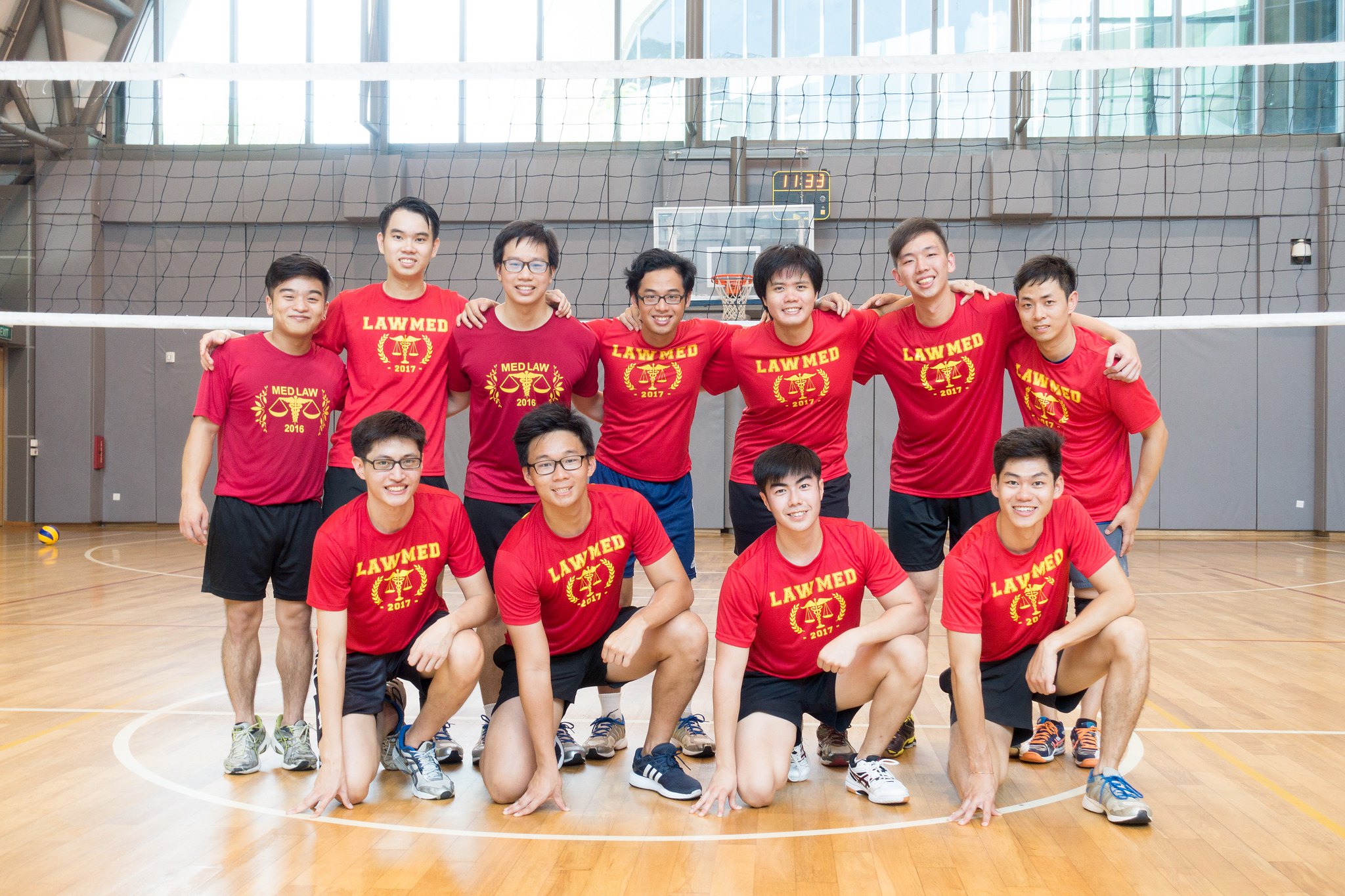 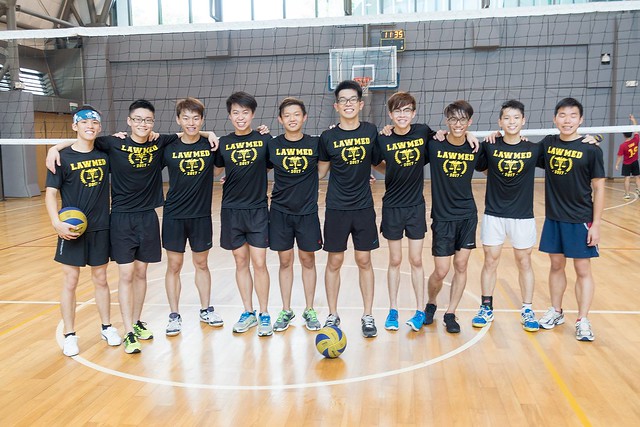 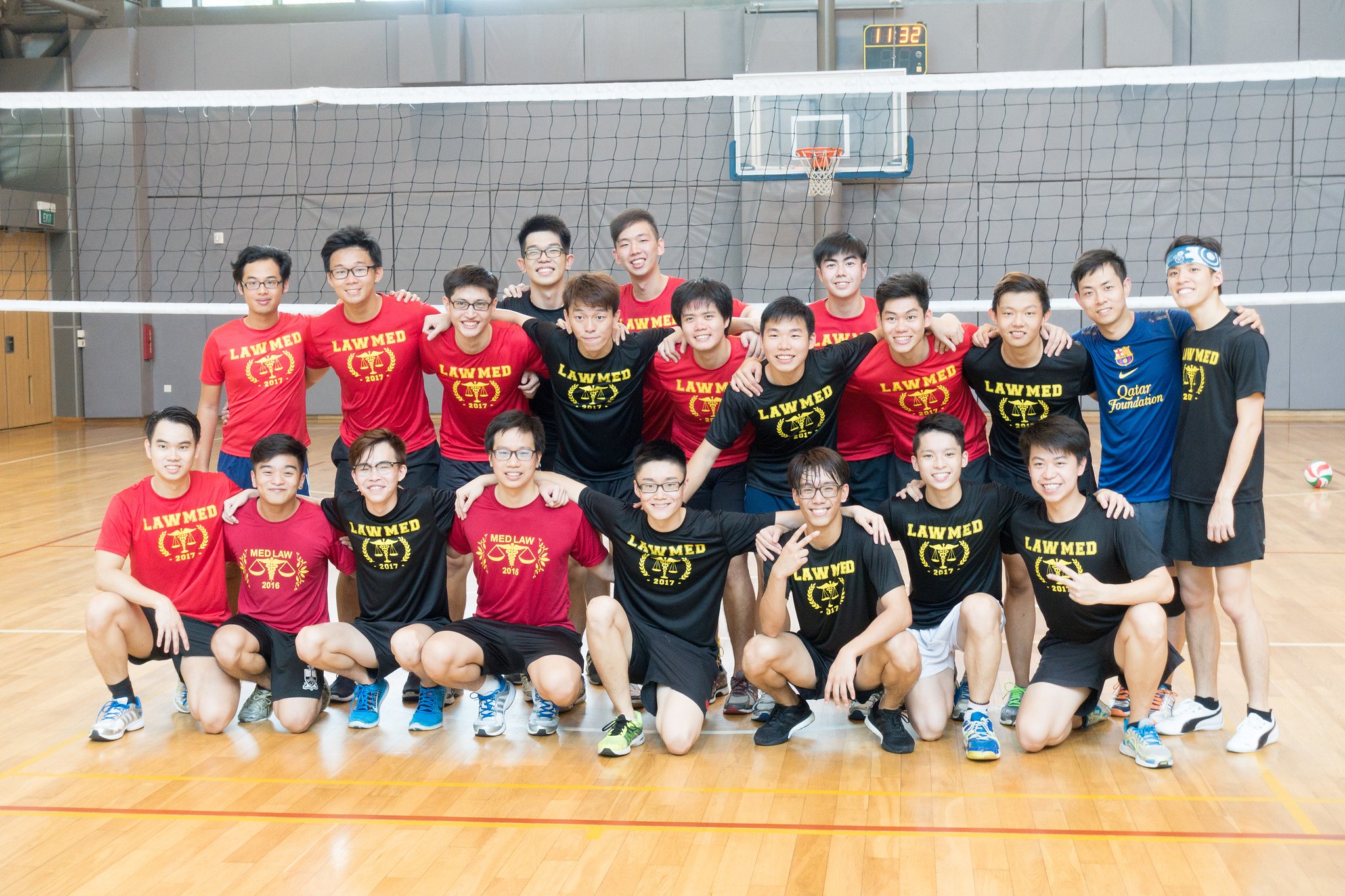 As for the Play of the Match… Well, I know I’m reporting for Law, but still, I have to be objective. Titus’ powerful spike in Game 2 was just too impressive not to be included here. 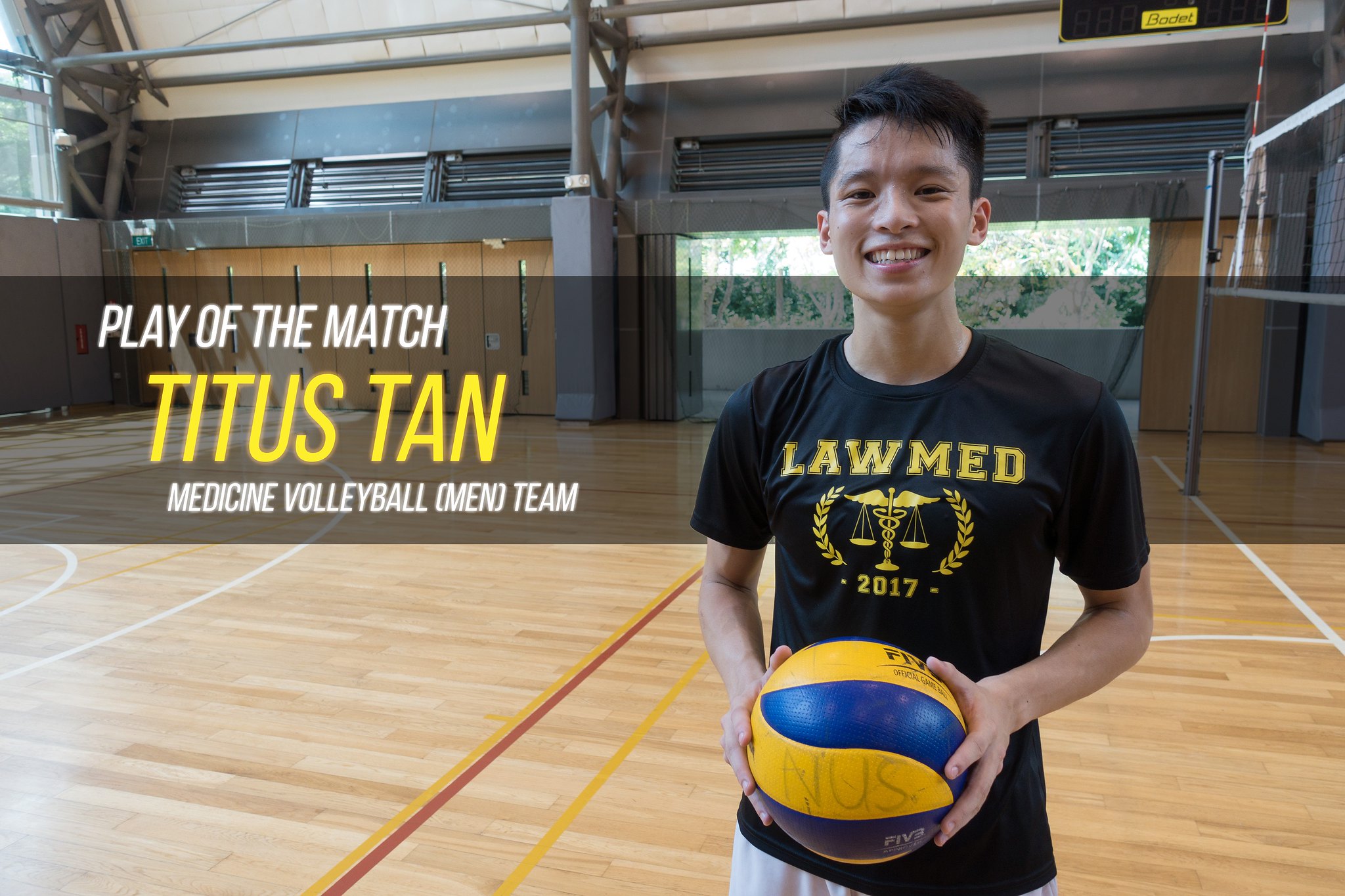 Of course, one of our players deserves a good mention too. Zhiping showcased sportsmanship and integrity in admitting to his own touch-out during a block, which gave Medicine a point during the second set. A true exemplification of the spirit of the LawMed games.

That’s it from me for now. All the best to all the other teams in the LawMed games! 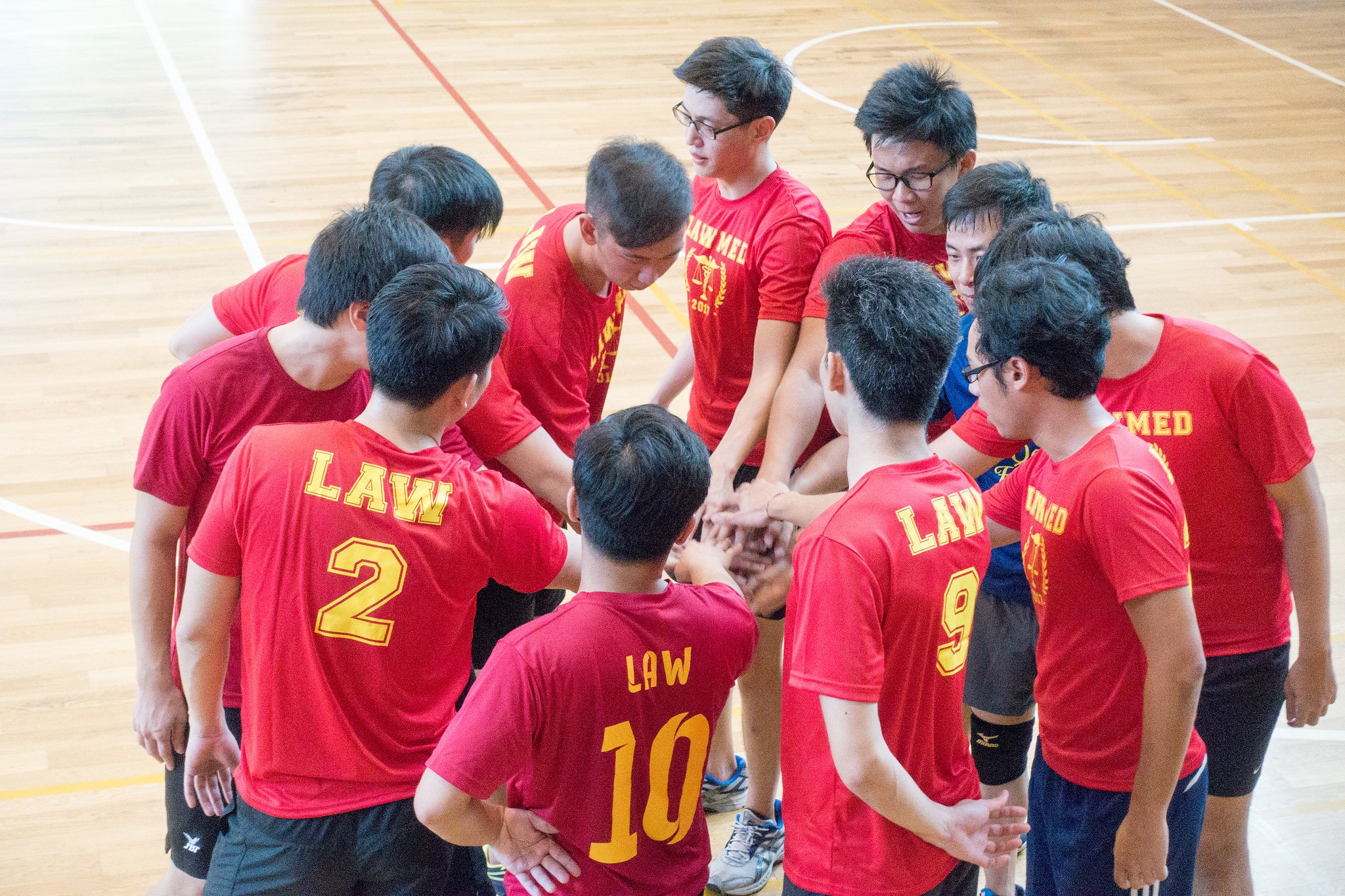 Writing and Photography by Kenneth Sim

Special thanks to both LawMed Men’s Volleyball team captains, Foo Jyh Howe (Law) & Titus Tan (Medicine), for assistance in the production of this article!