“Eh, Law vs Medicine sia! But why only these two faculties ah like so elitist…”

Shifting uncomfortably, I tried to cover the ‘NUS LAW’ logo on my shirt in case the passer-by directed that question to me. I focussed my attention on our warriors in red: 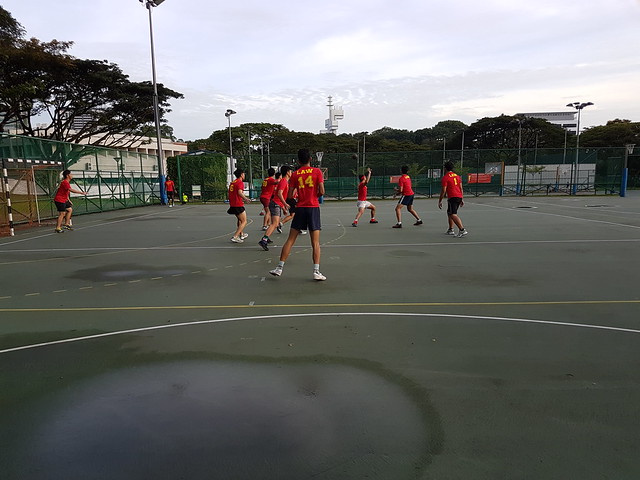 Our dedicated team arrived early in the morning to do their warm-ups and practice – the look of determination on their faces was vastly different from the sleepy one we usually see in morning lectures! As the clock ticked towards half past eight, both teams began their mandatory pep talk: 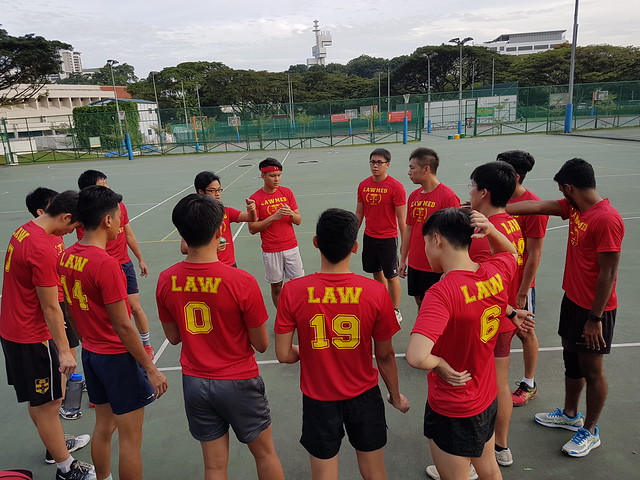 Strategies were discussed, and everyone reinforced their faith in each other with affirmative nods and smiles. Running over to the next court, our lawyers convened and signalled that they were ready. 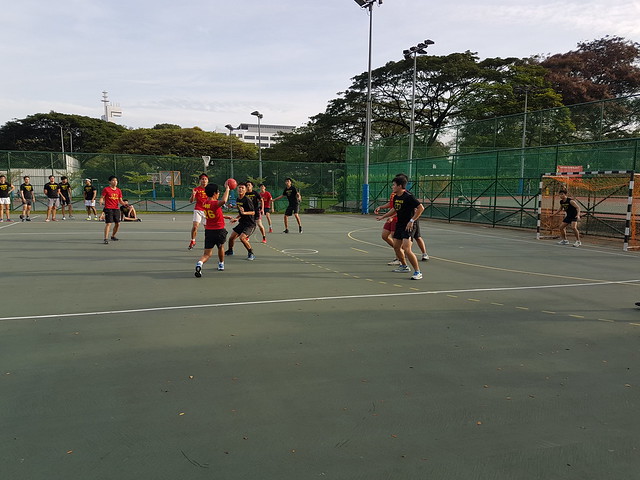 The game began shortly after. For those who don’t know, Handball is the lovechild of Captain’s Ball (ah, the good old days) and Basketball. To introduce a love triangle, there is even a hint of Rugby in it! As usual, the goal is to get the ball in the opponent’s goalpost. Players toss the ball over to each other and are required to dribble if they move with the ball — opposing players sometimes ‘tackle’ and consume each other in a huge bear hug to prevent them from moving or passing the ball.

Law was given the starting ball and it was not long before we scored our first goal. Talk about a good start! 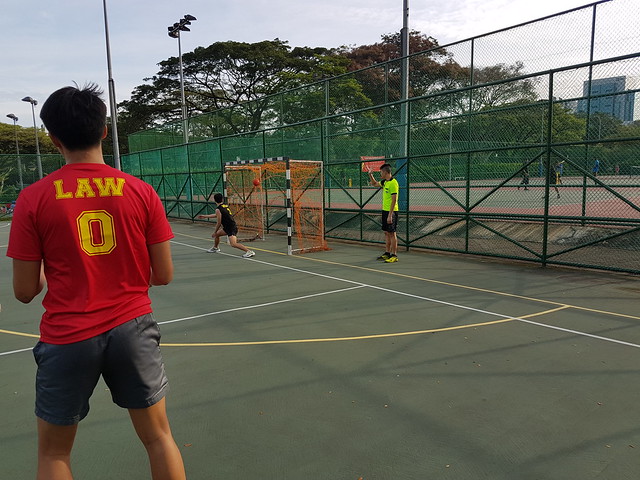 What ensued was a flurry of activity — some running at lightning speed to take their positions, some knees-bent ready to catch the ball mid-air, and of course, the player with the ball dribbling and escaping from the clutches of the opposing team like a stolen car on a getaway. At this point, we realise just how aggressive Handball can be – it is not uncommon to sustain a few injuries here and there. 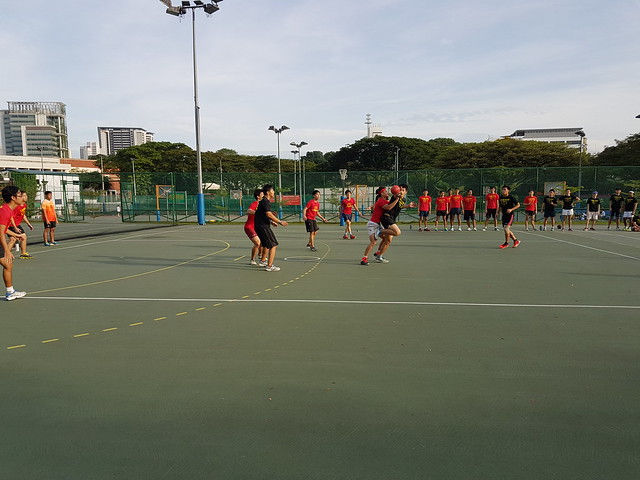 Seconds from disaster: Our able teammate attempts a bear-hug but was greeted with a back-kick. 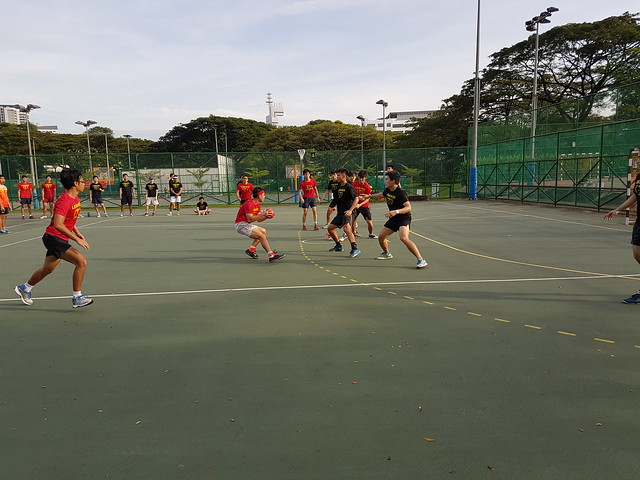 Medicine quickly caught up a minute later, scoring a goal to even the points. As if to take sweet revenge, our learned friends upped their strategy, exchanged glances and kept to the rhythm and eventually scored four consecutive goals.

Throughout both matches, the other half of the team fervently observed and encouraged their teammates, injecting warmth into the cool morning.

Teams were swapped and our energetic players confidently took their positions. Another round of close competition commenced. 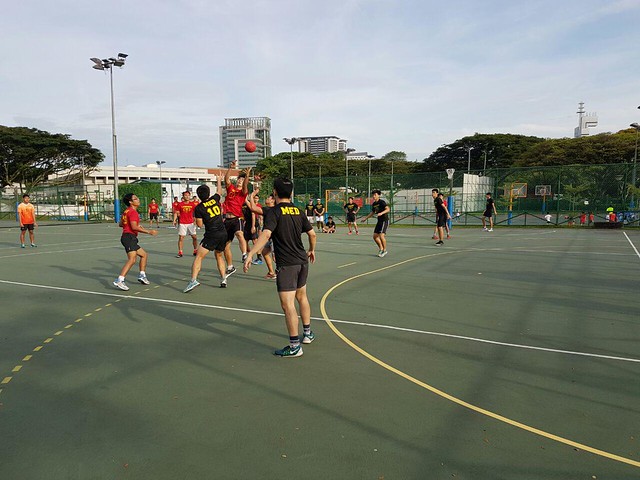 Lawyers truly belong in the Court — Well, how about Handball Courts?

After two adrenaline-packed rounds, our lawyers emerged champion and like the gracious winners they were, cheered for the doctors: “Three cheers, and three cheers and three cheers for Medicine!” — Basking in the camaraderie between both teams, it was safe to say that both teams had won the gift of friendship. 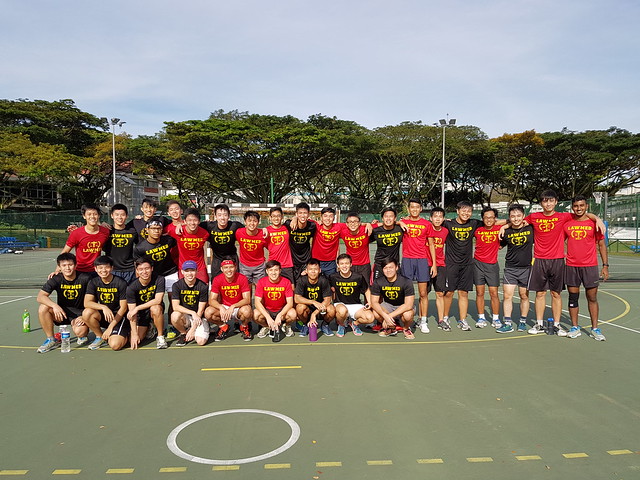 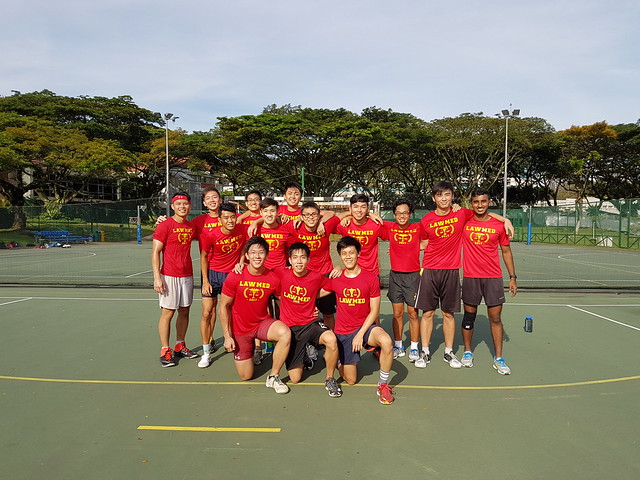 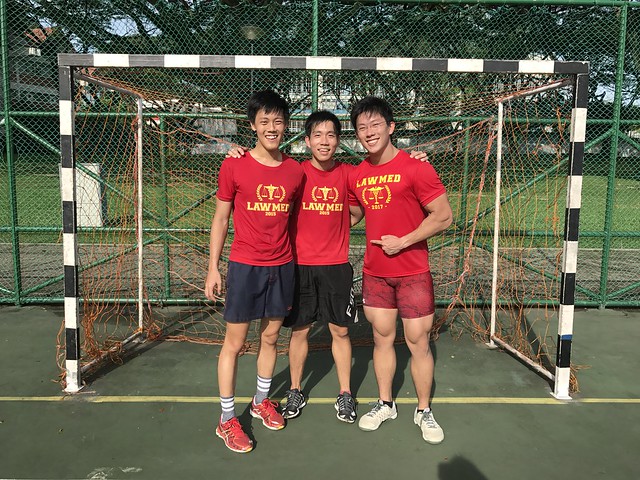 The team would like to extend its sincere gratitude and appreciation towards the Year 4s who have supported the sport for many years. The juniors are sad to see them go (and a little afraid to play them in LawFrat), but are honoured to have helped them win their final LawMed.