The popularity of Ultimate Frisbee continues to rise — a few years back, it was formally recognised as a potential Olympic sport. The rules of the game are simple: teams of seven (made up of both men and women, a truly egalitarian sport) try and pass the disc up the field. Running with the disc is not allowed. Any team that makes it into the end zone gets a point. In true reliance on the spirit of sportsmanship, there are no referees, and while play is highly competitive (as we will soon see from the match), players make their own calls, and never at the expense of the other team.

It’s a sweltering hot afternoon, and people are tired from the work pouring in from the second semester. It’s been over a month since the holidays ended, but I’m still stuck in a holiday mood, and while I was helplessly lost in the large main campus of NUS, our game against Medicine had already begun. 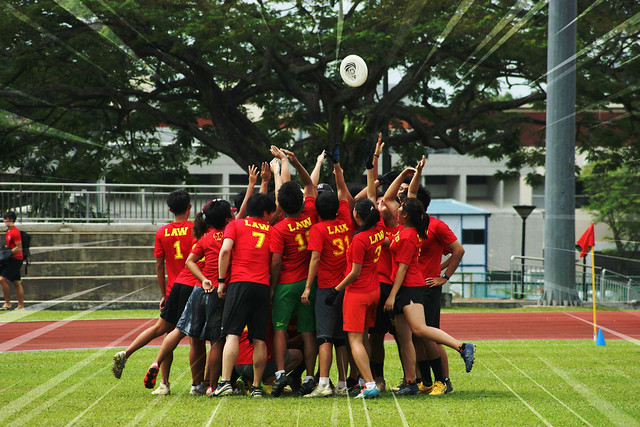 (I was asked to make the pictures really dramatic.)

Here is the score progression up till the midpoint of the game, Med-Law: 0-1, 1-1, 1-2, 2-2, 2-3, 3-3, 3-4, 4-4. In short, the teams more or less traded points for the first half of the game. Both teams had a tight defense, and there were many saves (where the disc was meant to go to someone, but they missed, and it was saved by the same team) essentially stopping a turnover from happening when the disc hits the ground. Exciting! 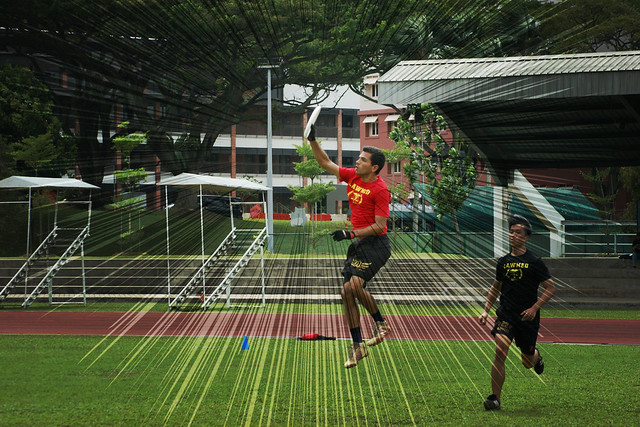 Meet Deepansh: he’s only a Year 1, but much like Harry Potter and his Quidditch team, he’s also the new team captain. As previously mentioned, the beauty of the game is that it’s self-refereed, and at one point, Deepansh contested a foul call. The discussion ahead of them was lengthy, so he sat down with an opponent player on the grass for a really long time, working it out. The break was long enough (and well-deserved) that the respective teams had time to walk out and have a coffee. When the discussion was over, the game resumed. 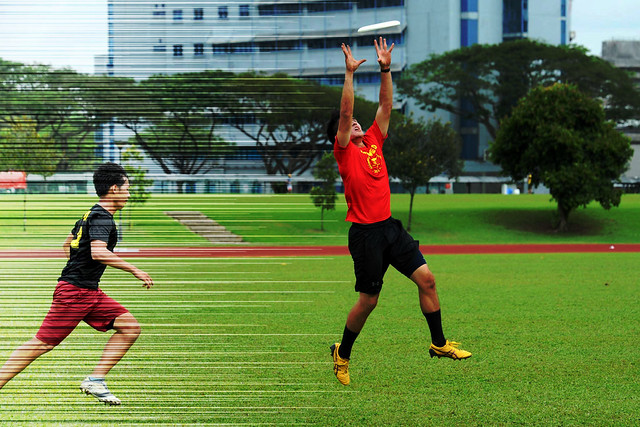 Jamin going for the disc!

Unfortunately, Jamin and Jinloong, who are also TeamNUS players, cramped out! This may be because they had had training in the morning. At the last point where Jamin went for the disc, he found himself unable to move because both his thighs had cramped. When the others gathered to try and help him stretch, his foot cramped up as well.

After the midpoint, Law decided to start on offence, and got broken. The score then quickly went from (Med-Law) 4-4, to a 6-4, and then to an 8-6. From the midpoint onwards, Medicine’s strong offence was able to sustain their leads and they emerged as champions. 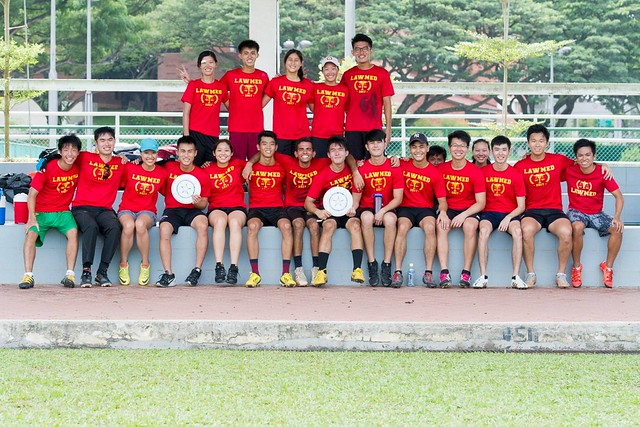 Despite the loss, it was still a really fun game. This is about the closest scoreline we’ve ever gotten against Medicine for Ultimate Frisbee, so, hm, maybe next year? 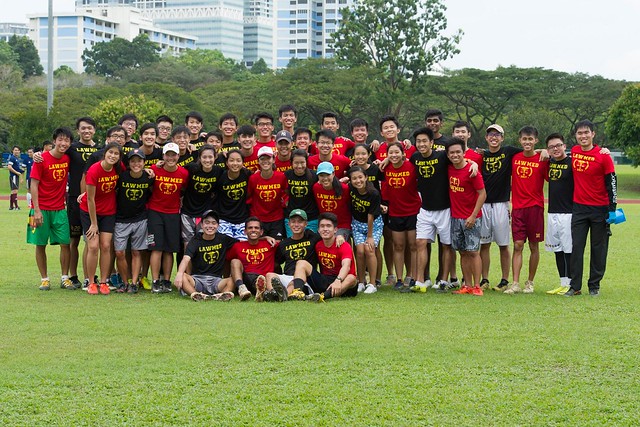