The Lawrence Quahe & Woo Soccer League opening match between the NUS Law Year 1s and SMU Law was held in the NUS Bukit Timah Campus Upper Quad on the 21st of September and Justified was there to catch all the action.

Outstanding – this word  best describes our NUS Law Year 1 Soccer Boys as they romped to a 7-0 victory over SMU Law.  They went into the game strong and their efforts were handsomely rewarded with 6 goals from different players as well as an unfortunate own goal by the visitors. 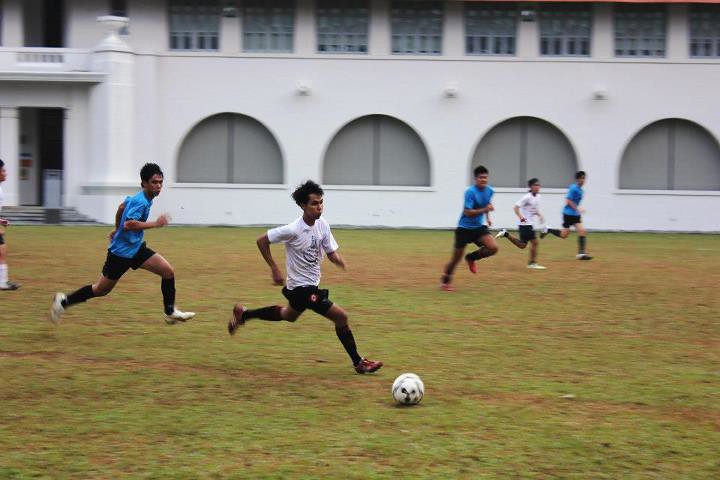 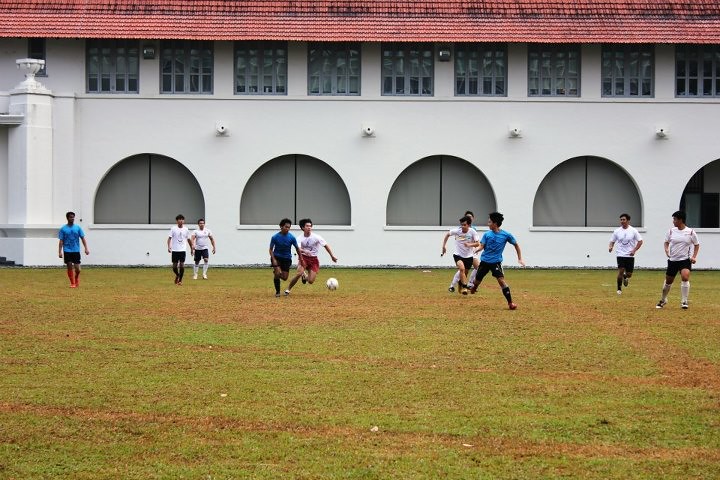 Both teams went into the game fully intending to win as evident from the endless runs for loose balls all over the field as well as crunching tackles made to gain possession for either side. It was just a matter of time before either team broke the deadlock.

As expected, it did not take long before NUS took the lead from a defensive error. A slip-up by the SMU goalkeeper led to an own goal in the 14th minute. It was clear that the visitors were visibly affected by this and they began to play more defensively. NUS, however capitalised on this tactical change and began to go on the offensive. 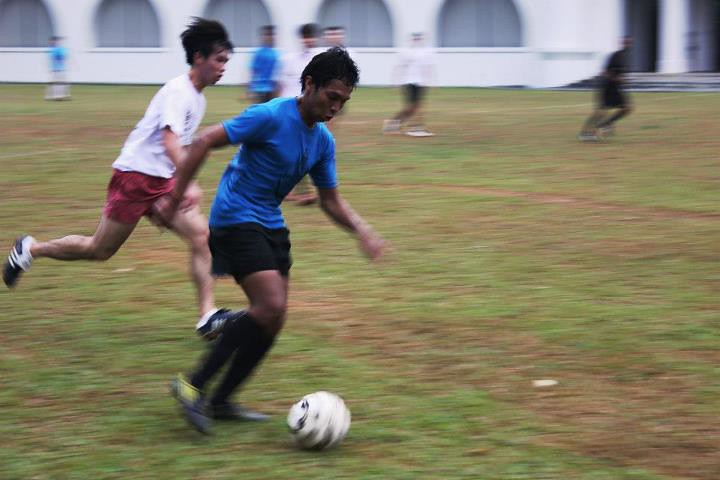 The hosts’ dominance continued and came close to doubling their advantage soon after when Mohammad Shafiq’s shot hit the woodwork at the 20th minute mark. They eventually doubled the lead in the 21st minute when Shafiq drove a low but powerful shot from the left flank. NUS continued to pressure SMU in their own half and was eventually awarded with a 3rd goal by Danial Hakim in the 28th minute from the right. NUS was awarded a freekick in the 35th minute and made it 4-0 when Samuel Koh powered a header which left the goalkeeper without a chance. It was proving a nightmare first half for SMU as they lacked finishing. 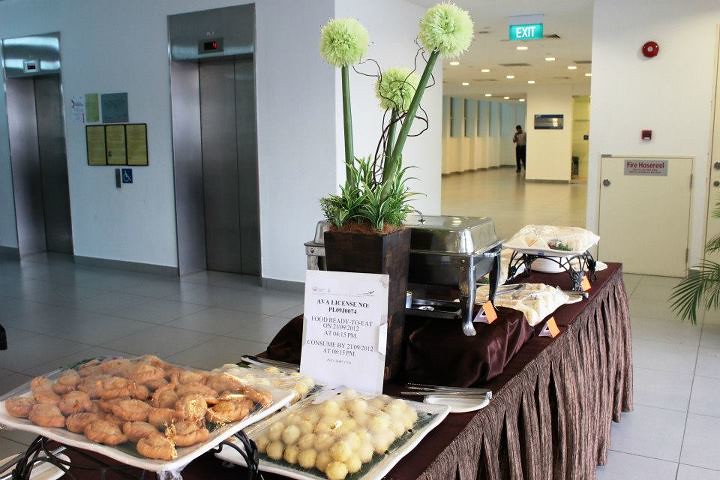 Spectators and players were awarded with great food and drinks during the half time break which lasted for 20 minutes. Free food (including Pizza and a buffet spread) and free drinks (Koi Bubble Tea and Brewerks Beer) were kindly sponsored by Lawrence Quahe & Woo.

Both teams were visibly fatigued as they started the 2nd half. There was good pressure from either side and SMU was clearly not giving up as they made several good runs. Their attempts, however, were stifled by the strong NUS defence.

NUS extended the lead to 5-0 when Loh TianKai unleashed a straight shot past the keeper in the 62nd minute. Leslie Lim only added misery to the visitors when he slided in the ball from the right flank in the 70th minute. Koo Zheng Xuan then completed the goalfest when the SMU goalkeeper unleashed a shot which deflected off his chest and landed into the visitor’s net. 7-0 was the final result after 80 minutes of gametime. NUS was clearly the dominant team throughout the game and the score clearly justified it. 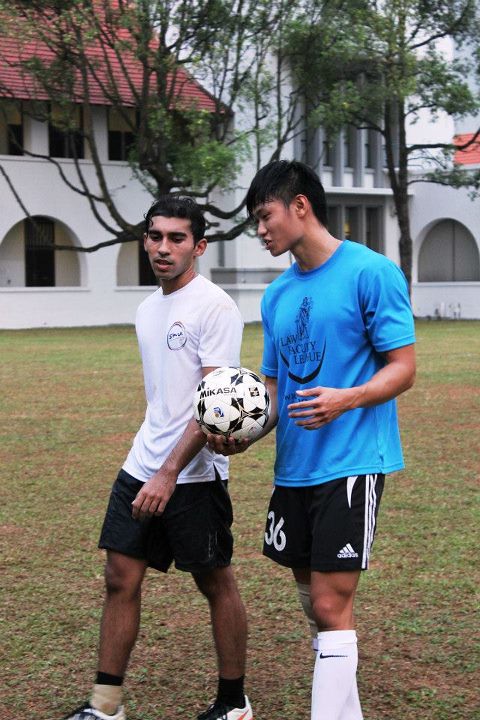 After the match, we sat down for post-match interviews with both sides. First up, we spoke with SMU Law Captain, Cephas Yee. 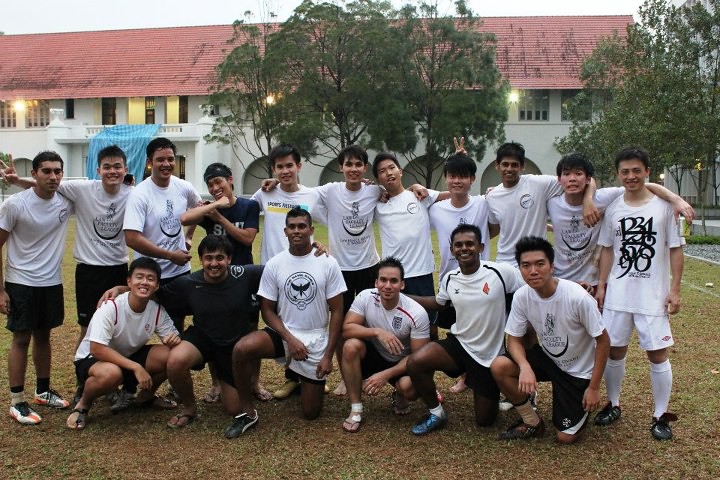 Justified: Great match! I felt both teams played really well.  What did you think went wrong this match and how do you guys intend to improve for subsequent games?

Cephas Yee (SMU Law Captain): I felt the greatest difficulty faced was the change of styles our team had to face. We are more used to playing a full match (11-a-side with the full 90minutes) and I think this had a great impact on our playing style. I think to improve we would need to adapt better. The NUS Boys played really well!

Justified: Thank you and I wish you all the best in your future matches! 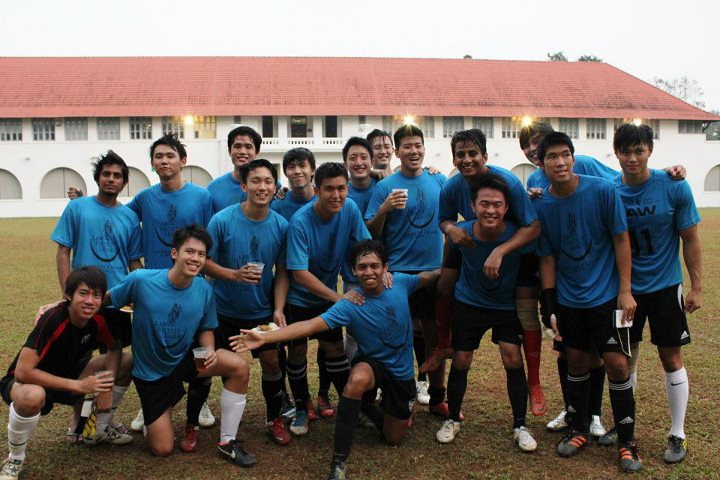 After which we interviewed Danial Hakim, from NUS Law.

Justified: First of all, congratulations! I think you guys did great! What do you think made such a result possible?

Danial Hakim: I think we were worried at first as the ground was wet as it could have affected our strategy of short and quick passes. However, I think it was the camaraderie of the team that led us to victory. We had only played one game before this. The team communicated well and were very forgiving to each other. There were several different scorers and I think this clearly shows the depth of the team.

Justified: So what can you guys do to improve to become even stronger the next game?

Danial: I think we need to talk more. As I mentioned this is a relatively new team and it is important for us to be closer as a team as a team cannot operate solely as individual players.

Justified: Thank you Danial and I wish you the best in your upcoming matches!

We also spoke to Koo Zheng Xuan from the NUS, the unofficial Man of the Match.

Justified: Congratulations Koo on the huge victory! You guys played well and I think you were the best player this match. How do you feel?

Koo Zheng Xuan (“Koo”): I think everyone had a good game and it was a good match overall for us.

Justified: So what do you think your team can takeaway from this match?

Koo: I think our team can only get better with subsequent matches. What is important is that no one got hurt and everyone had fun. This to me is the most important.

Justified: Thank you Koo and once again congrats on your great victory! 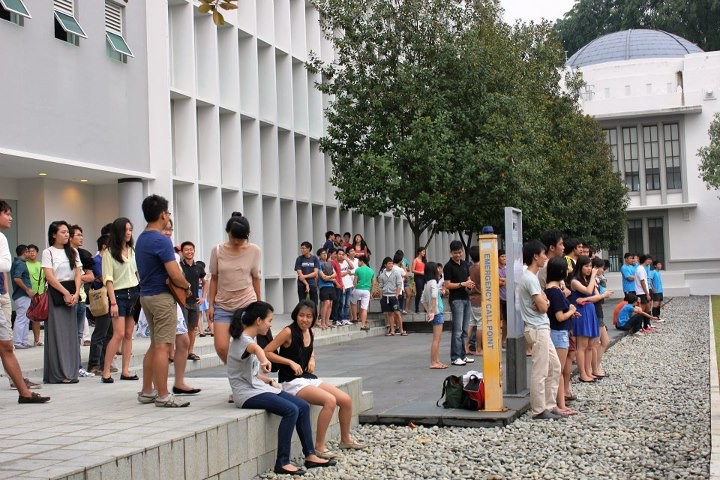 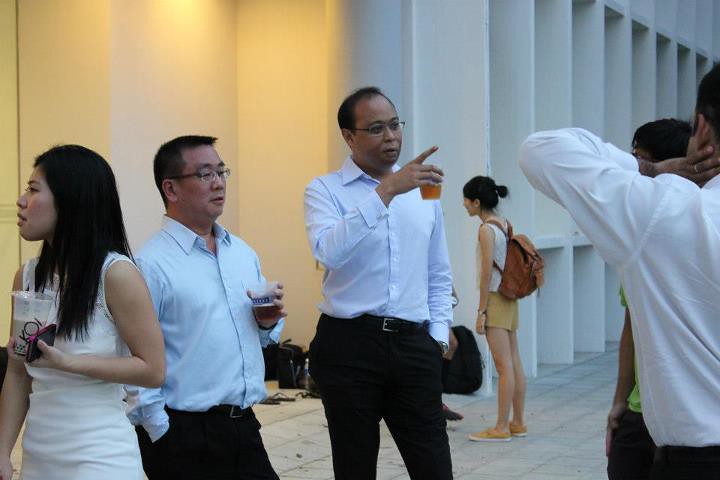 We would like to thank Lawrence Quahe & Woo for sponsoring this match as well as the refreshments. We would also like to congratulate the NUS Year 1 Soccer Boys on their well deserved victory and wish them all the best in their upcoming matches.