by Justified February 20, 2012 — 2 min read
The 15th of February is best remembered for, to the hand-wringing glee of anti-Colonialist social study textbook writers, as the day Singapore was surrendered to an army of Japanese bicycle-enthusiasts.
70 years on, air-raid sirens and CAT1 warnings did nothing to dissuade the fighting spirit of the LawMed contact rugby players as the extremely physical contest stretched the limits a well endowed beer belly could take.
Despite a potential mix-up with the ladies’ touch rugby regarding the kick-off times, supporters turning up in hopes of the sight of pretty faces and sweet young things had their ample share as the guys’ match kicked off later than expected.
Having spent the bulk of our training sessions attempting to set a Guinness World Record for the smallest turn-out, the team was boosted by the Hollywood worthy timely arrival of several senior players.  Despite the lineups, any desire to have a free flowing showcase of skills was denied when the referee forgot the script.
Handpicked from the Singapore Rugby Union (waste bin, we suspect), the ref’s lack of control in the finer technical aspects of the tackle situation played to Medicine’s strengths as they looked to dominate possession.  Suspicions of bias were quickly dispersed as we concluded he was equally terrible for both sides.
Law, unfortunately, started poorly due to relative inexperience with a majority of year 1s, and Medicine stumbled to a 2-0 lead.  Valiant efforts and inspired play brought a try in Law’s but careless handling prevented any further progress.  The match ended on a sour note as the referee committed a parallex error that would’ve flunked PSLE science and allowed a forward pass that gifted Med the last try and a (bitter-tasting) deserved victory.
As with every story, comes a lesson well (and this time, several painfully) learnt.  1)  Give a monkey a referee’s license, and he’ll still a monkey, and 2) Never let a disgruntled captain write the match report. 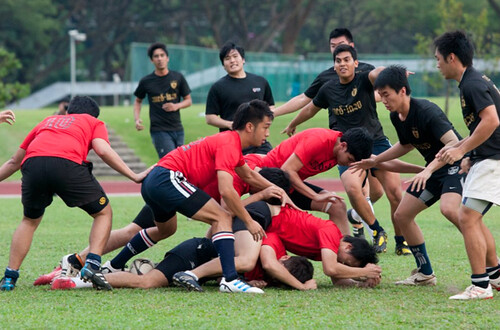 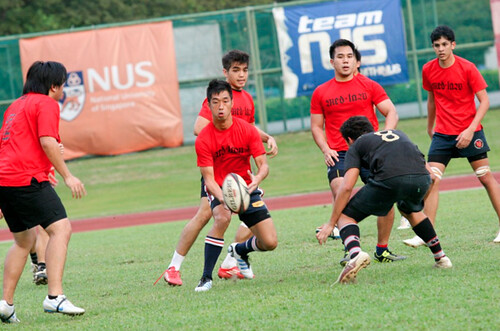 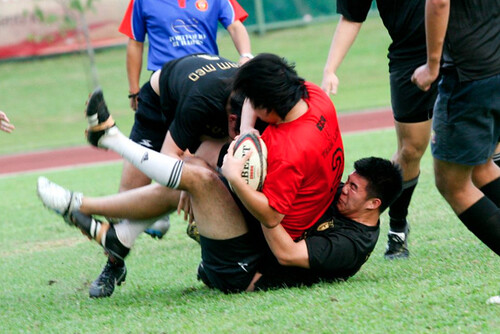 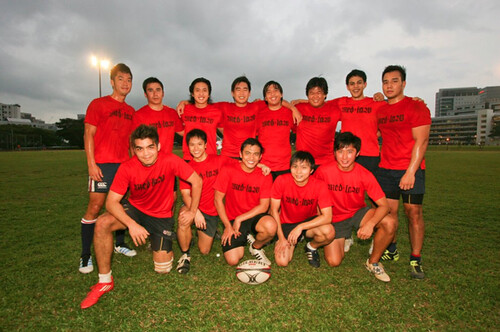 ***
Article contributed by: Martin Butler (Law 1)
Photography by: Lim Zhi Kang (Law 1)
Share this post
The link has been copied!