The topic of causation and its derivatives have never failed to bring joy unspeakable to the tender hearts of law students. It is with great sadness that a year one student puts concepts of legal causation behind him (or her).

Therefore, imagine our incredulity when we saw the title of Law IV 2014 ~ Novus Actus.

An annual musical production put up by the graduating class of NUS Law School, Law IV is a charity concert and celebration of the diverse talents present in the Year 4 batch, a veritable feast for the eyes and ears.

Novus Actus proved beyond a reasonable doubt that law students and the arts go better together than an SLS seminar and Wikipedia. In a nutshell, Novus Actus scores a hat trick of weaving a tapestry of three separate characters; the Lawyer (played by Melvyn Foo), the accountant (played by Jonathan Low), and the actress (played by Yap Yi Kai), into a single powerful storyline of making out one’s own fate. The play focuses on the struggles of these three professionals, each of them unhappy with different parts of their lives and seeking a change in destiny. Using a radio channel as theatrical glue, Novus Actus eased one scene into another, capturing the poignancy of their lives while keeping the storyline deceptively simple through the sheer sleight of hand of its masterful scene transitions. The story culminates in an intense but ambiguous ending, of which one of the writers must say he is an absolute sucker for. 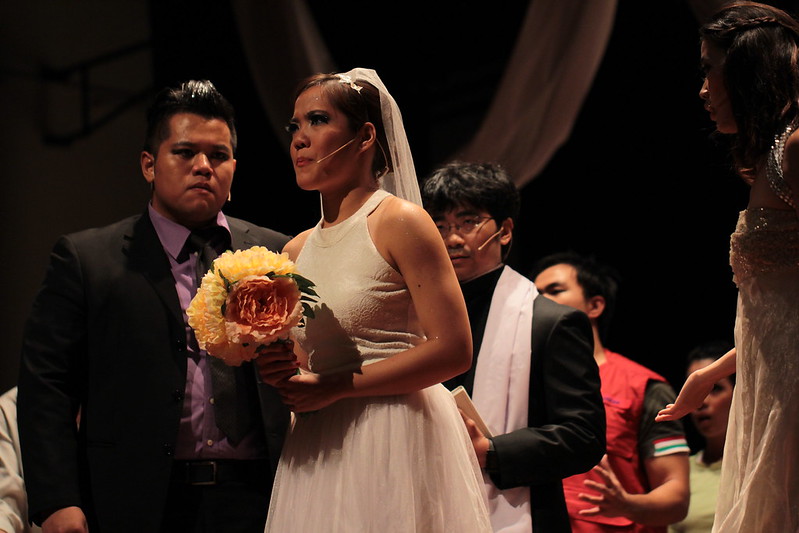 While the stars shone bright, the supporting cast stole the show by providing comedic relief throughout the musical. With a cast comprising entirely of law students, law-related jokes, puns and deadpan commentaries were the flavour of the day. The groups ‘Benjamin’s Bro’s’ and ‘Mahjong Kakis’ both displayed amazing internal synergy, feeding off each other’s energies and setting up jokes with startling frequency. 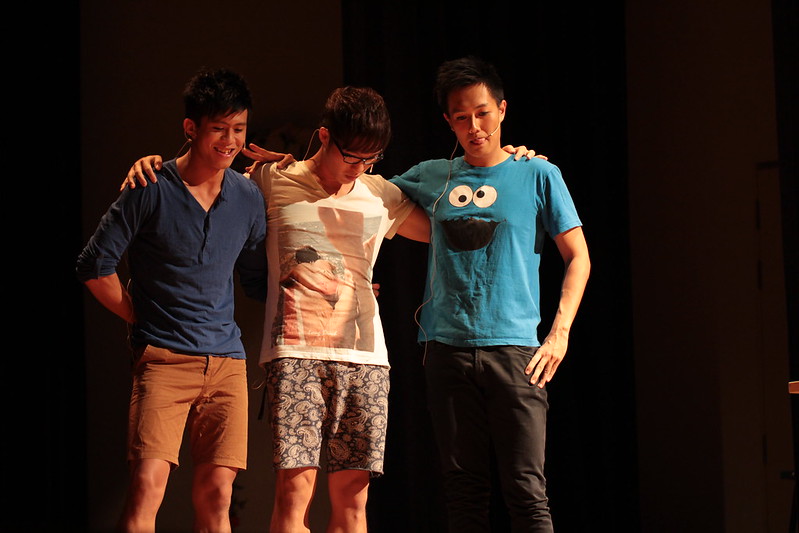 Aside from the main cast, the chorus was particularly impressive. Their singing, dancing, and acting in the backdrop served to catapult the dynamics of the musical into an entirely different level. From jazz hands to hilarious side stories, the chorus brought out the vibrancy of each scene, executing carefully choreographed parts a bona fide professional cast would be proud of. 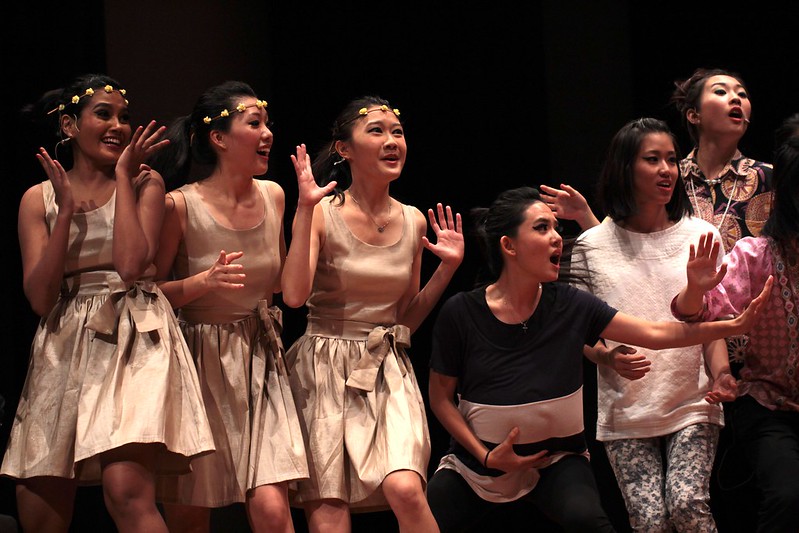 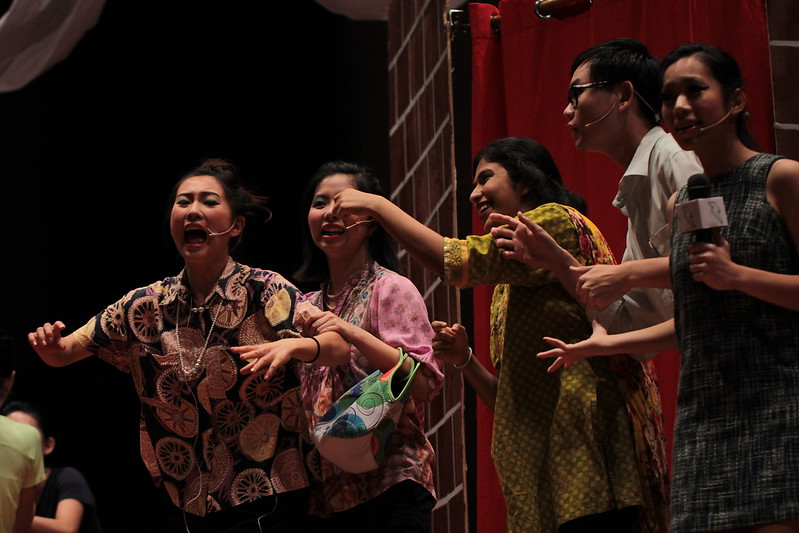 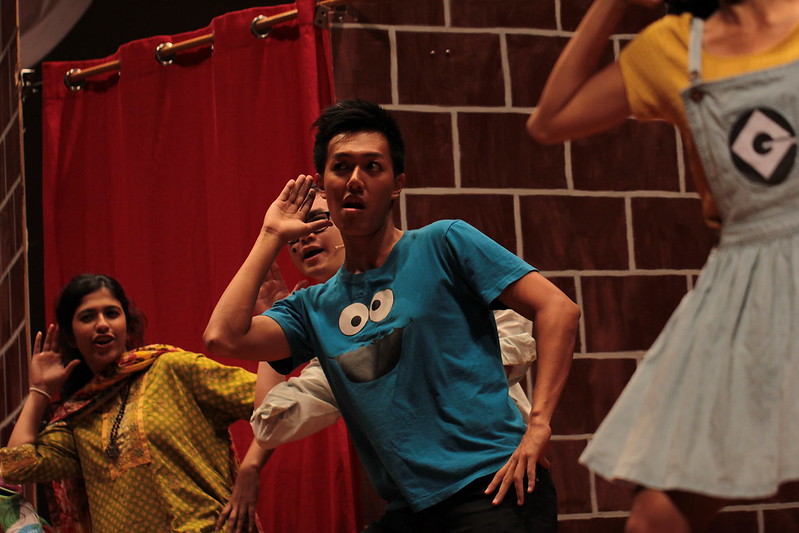 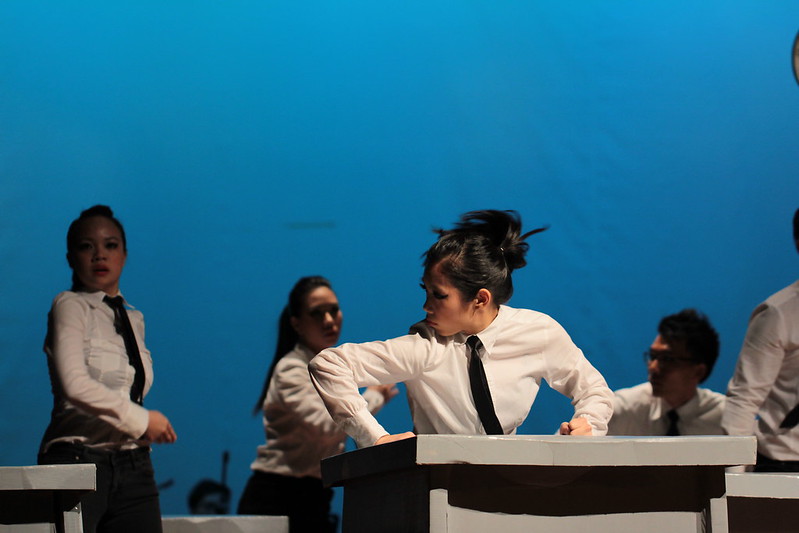 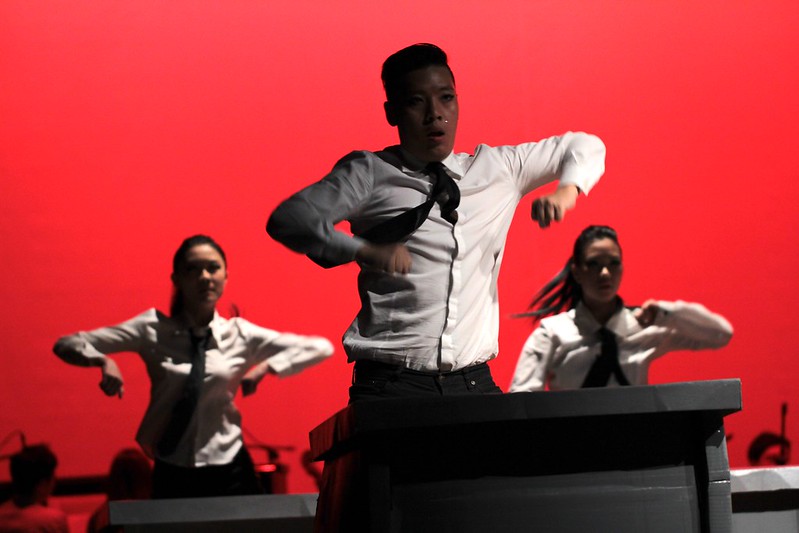 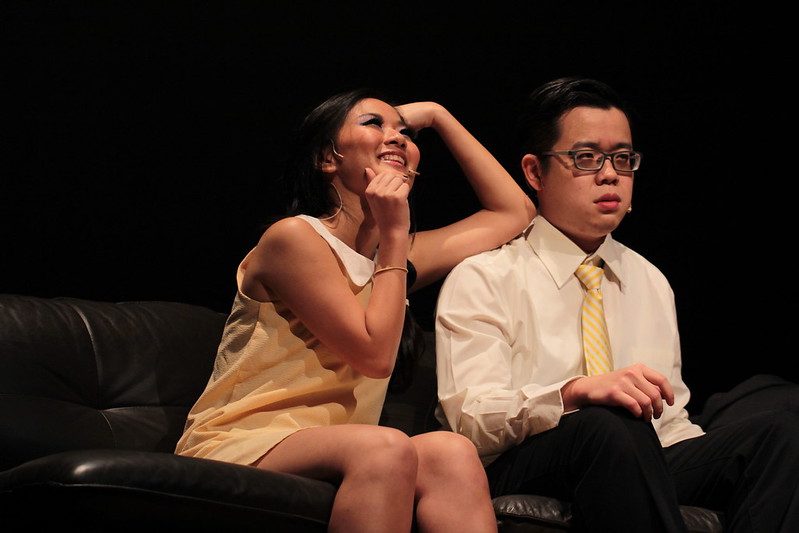 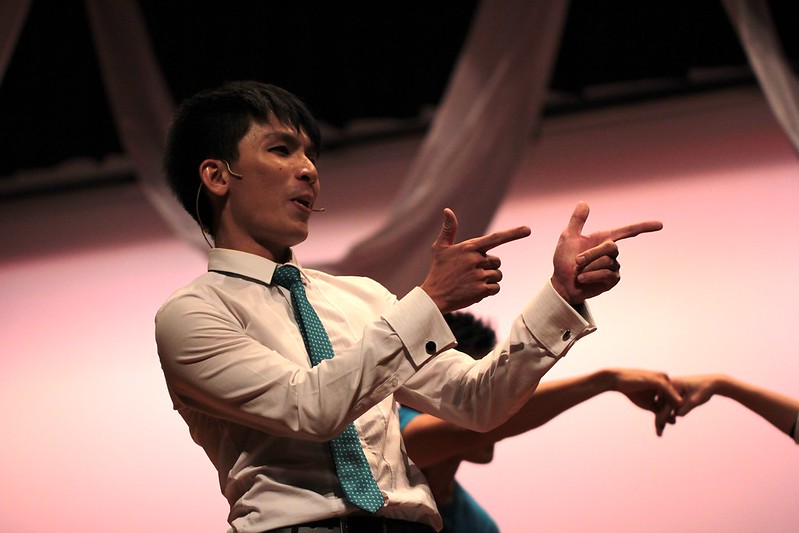 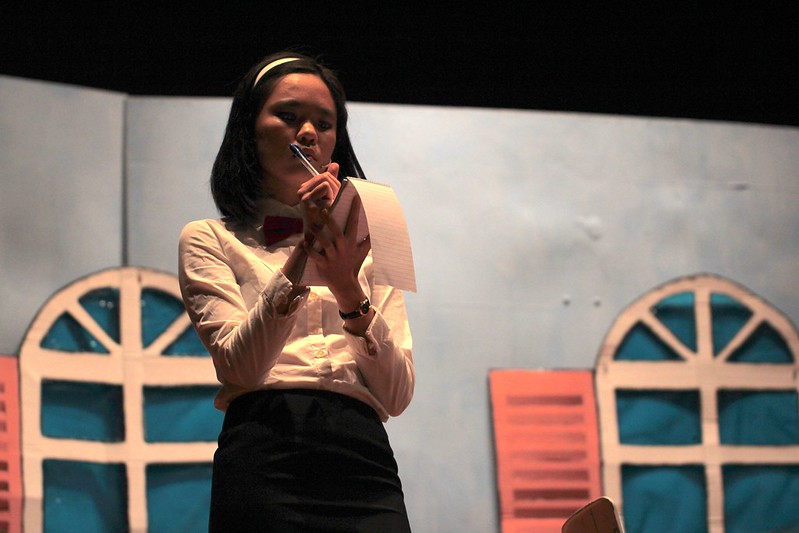 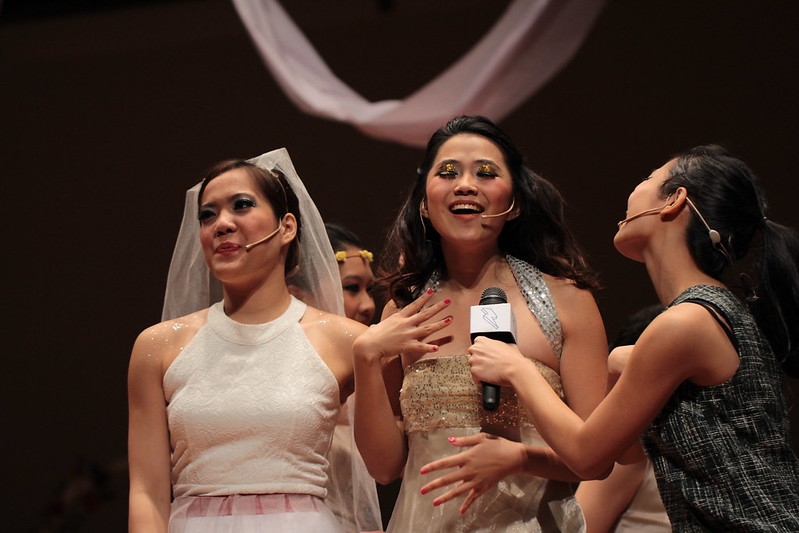 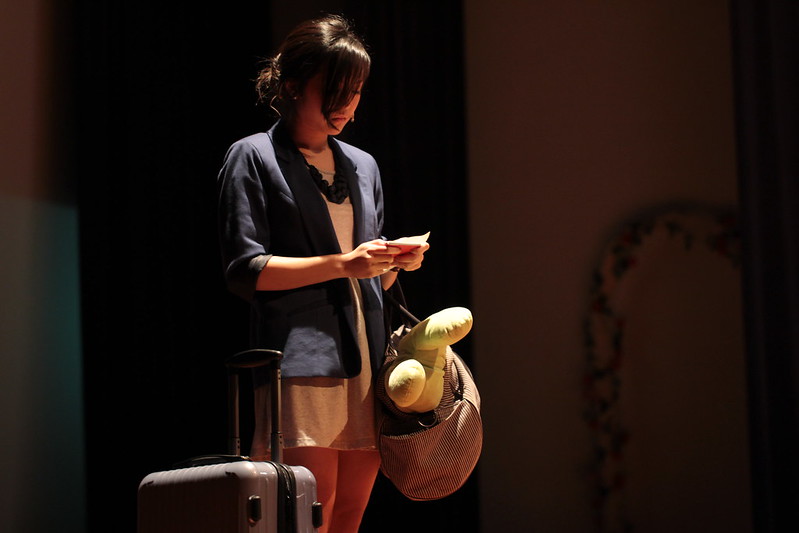 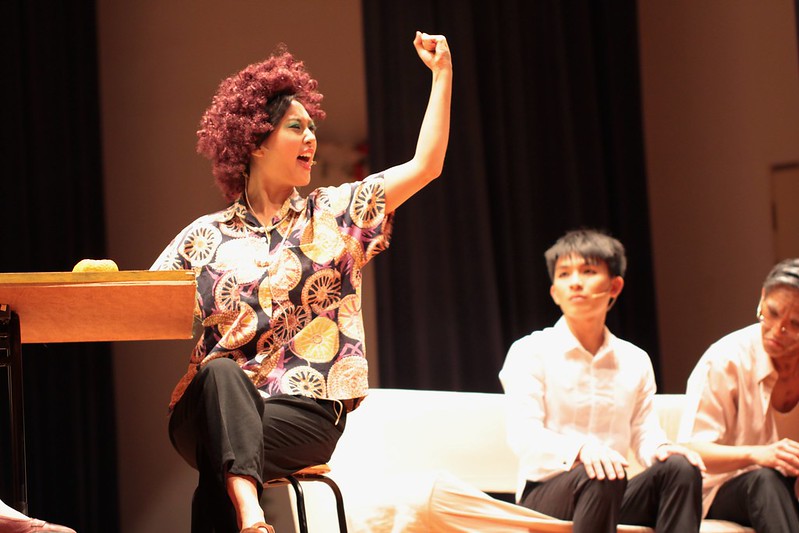 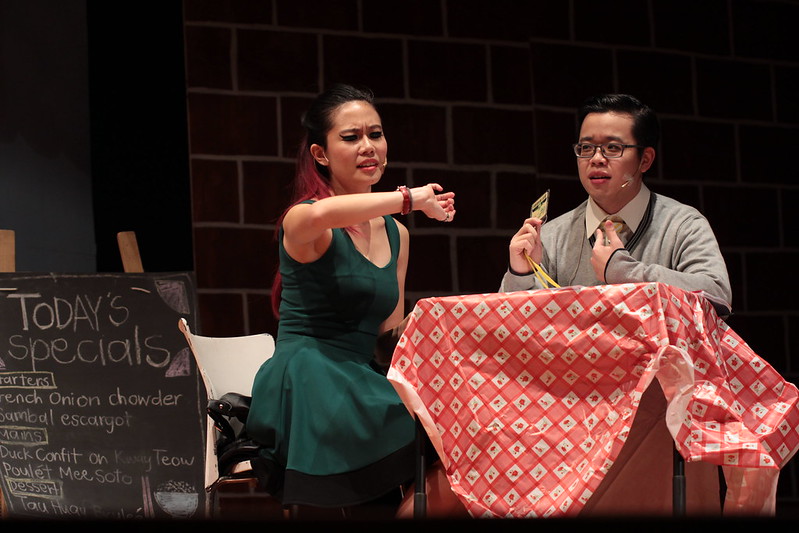 The music of Novus Actus was a treat to the ears. Drawing from an eclectic palette of genres, the songs and sounds proved to be dense and vibrant, ranging from contemporary pop to funk and tango, providing a unique musical flair that Novus Actus can claim for itself. The seamless integration of plot and sound belied the sophistication of the music. The music ensemble put on a sublime performance as well- taking cues from the singers (without actually being able to see them half the time) is a particularly nerve-wracking exercise of intuition. This, coupled with the richness of the score, served to highlight the prodigious talents of the year four musicians. On a side note, this writer notes that the songs from the musical are still stuck in his head, and interestingly he doesn’t mind one bit.

The Law IV musical, stripped to its bare essentials, is the celebration of four years of a batch in law school, a journey incomprehensible to all but your fellow law brethren. While Novus Actus was an runaway success, one borrows the words from the song ‘No Change This Time’;

We pulled through together

There’ll be no change

Novus Actus is something more. It is an end of a journey and a beginning of another. A climax and culmination of the efforts of the graduating class of 2014, and a final act before the curtain closes on law school days. It is witty, funny and unspeakably bittersweet. It effectively lampshades the truth that one will be recalling ‘law school days’ in the very near future, recognising that time is indeed short.

But in its plot contains a clarion call, an urging to seize one’s destiny and make the most of the time one has. Novus Actus has proven itself to be an excellent production, whose heartfelt storyline is surpassed only by the obvious dedication of the cast and crew. 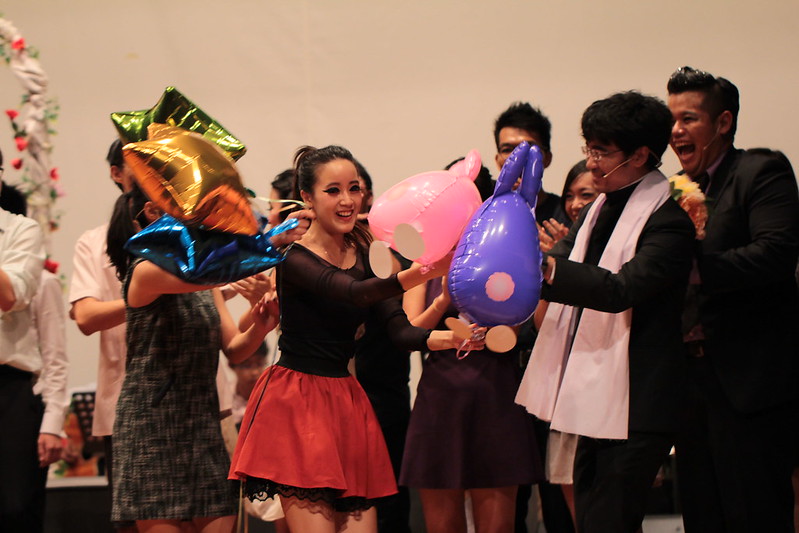 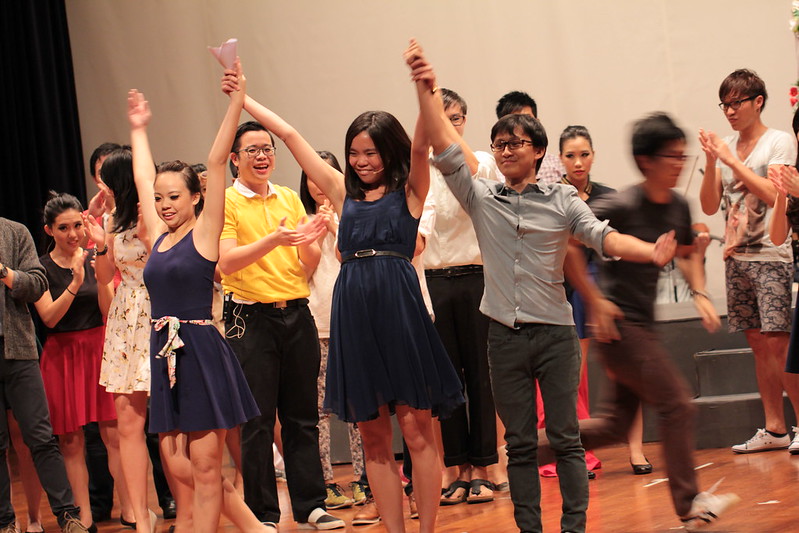 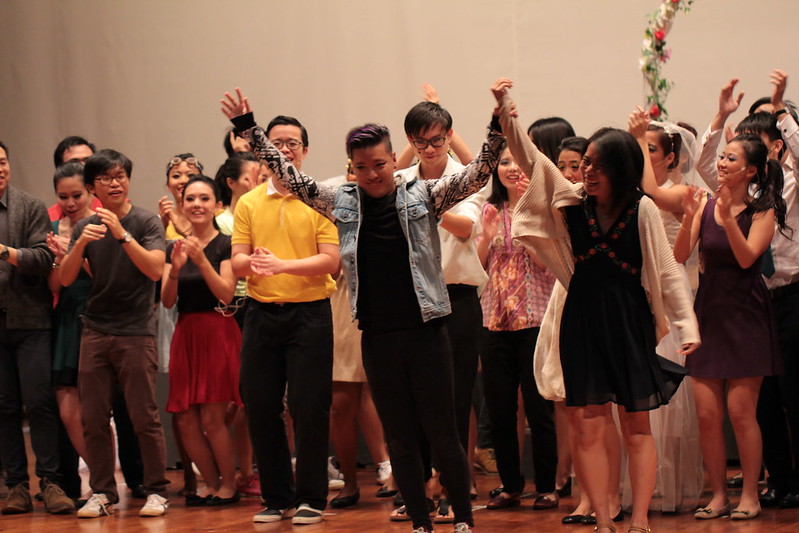 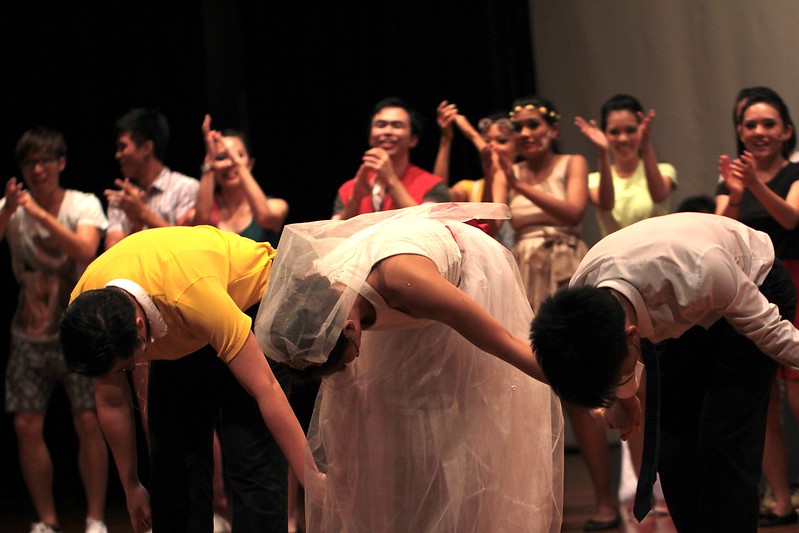 The writers thank the graduating cohort of 2014 for putting on this performance. Novus Actus was amazing. 
[Dialawgues]: The Man Behind Our Briyani