One Step Closer To Heaven

Why should Pro Bono work be made mandatory for all lawyers? Because it will bring us lawyers one step closer to heaven! That was Team NUS’ baseline in this year’s inaugural Inter-varsity Pro Bono Debate that saw Team NUS proposing the motion and Team SMU opposing the motion.

Far from an acrimonious showdown between two bitter rivals, the debate was a fairly lighthearted affair, argued in the spirit of Pro Bono. Both teams were after all participating in the debate of their own volition and for the love of Pro Bono. Each team comprised of two students debaters and one practicing lawyer. Team NUS was represented by Sherrie Chong (President of the NUS Pro Bono Group), Adriel Chioh (Year Two), and Mr Vishal Harnal from Drew & Napier LLC while Team SMU was represented by Deidre and Siraj, both Year 3 students, and Mr Abraham Vergis, vice-chairman of the Criminal Legal Aid Scheme Committee. 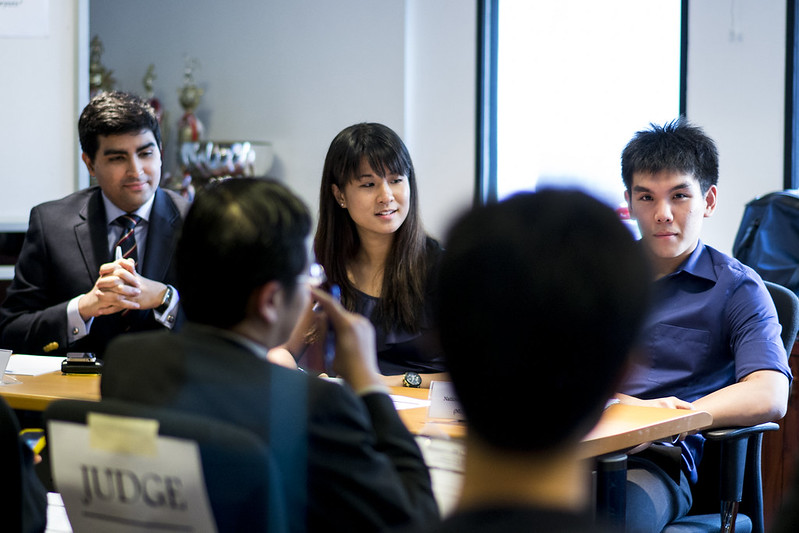 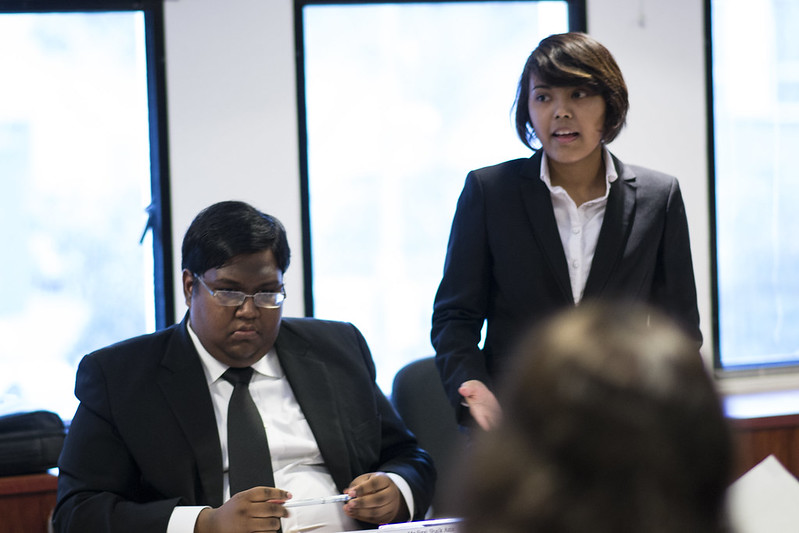 The “bench” was chaired by Ms Malathi Das, Joyce A Tan & Partners, and Mr Alvin Chen, Chief Legal Officer at Law Soc. And moderating the debate was Mr Adrian Tan from Drew & Napier LLC, and also the author of The Teenage Textbook (which was later made into a movie – watch it here). 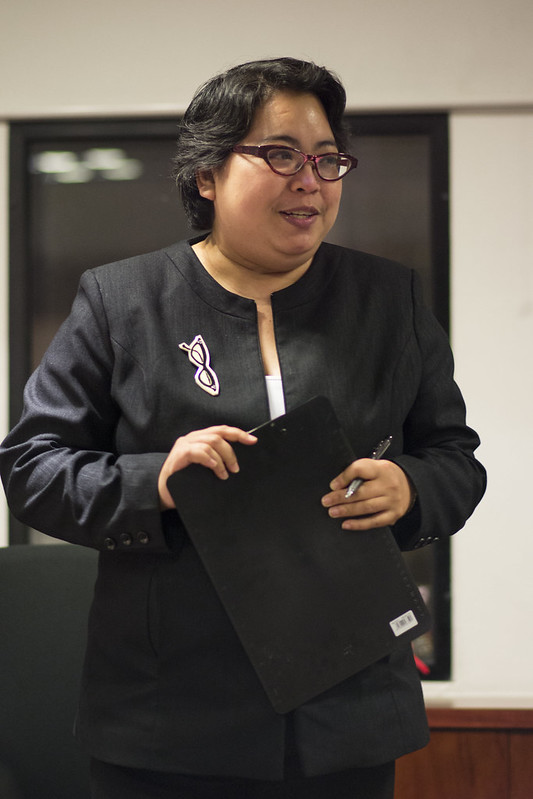 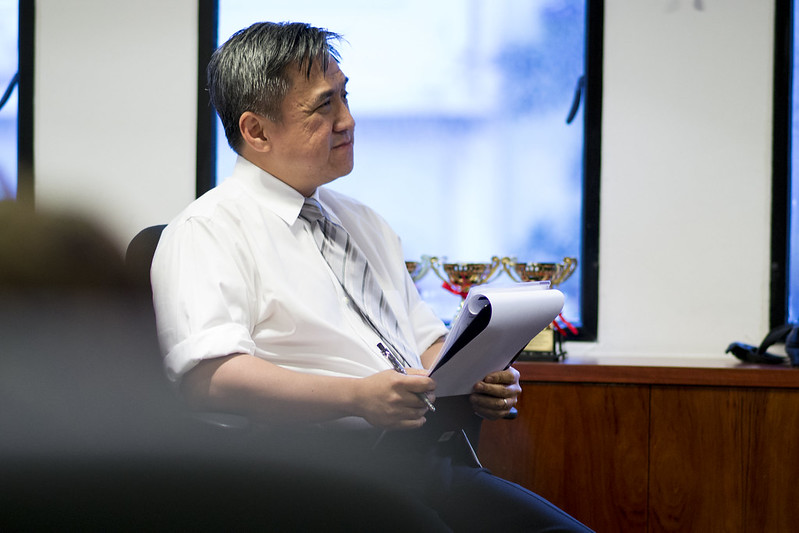 Team NUS opened the debate by telling a joke about lawyers:

“One day, God was touring Heaven and noticed that the Pearly Gates were terribly scratched and worn. He asked St. Peter, “What’s happened to the Gates?” St. Peter replied, “It’s from all the sinners who struggle and grab on when they’re told they’re going to be cast into the bottomless pit.” God said, “If this is the work of sinners then it’s Satan’s responsibility! Tell him he has to pay for the repairs!” Back came the reply from Satan, “So sue me!” St. Peter said, “What shall we do, Lord?” and God replied, “There’s nothing we can do. He’s got all the lawyers.”

Firmly establishing the depraved reputations that lawyers have, Team NUS then argued that lawyers had an “intrinsic moral obligation” to doing Pro Bono and that it was our professional calling to uphold justice even to the poor. Making Pro Bono mandatory is also necessary to ensure equal access to social justice and would have numerous benefits to the legal profession. SMU countered by arguing that the burden of social justice should not simply be placed on lawyers but should involve society as well. They argued that a Public Defender’s Office be set up and even the creation of a fund for the compensation of lawyers who do Pro Bono work. Ultimately, SMU believed that “compulsory voluntariness” is an oxymoron and that effective Pro Bono work should be sincere and voluntary, not compelled. 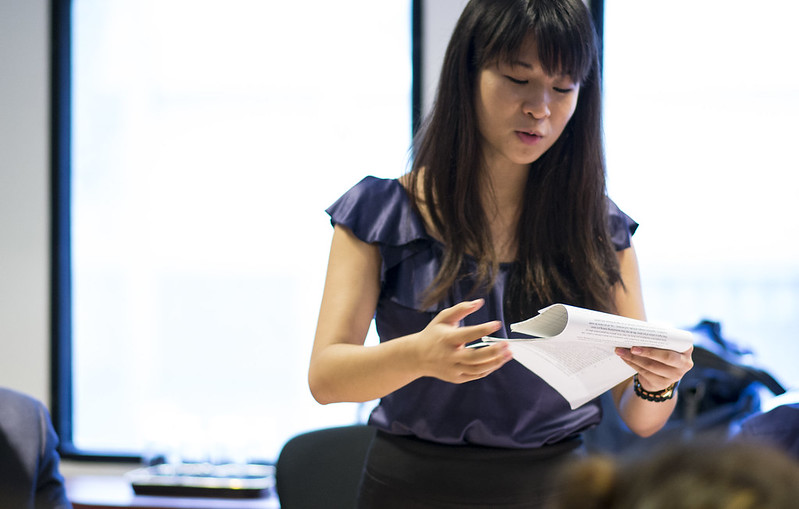 It was SMU who won the debate in the end but winning was the last thing on our minds as we prepared for this debate which involved the “research” of lawyer jokes (thanks Prof Joel Lee for the suggestions!) Even throughout the event, the mood never got too serious or competitive thanks to the clever wit and humour both sides, and the moderator, demonstrated:

“Doing pro bono work is like sex. You enjoy it the most when you want to do it.” Which is why it feels good to do good?

“The spirit is willing [to do Pro Bono work] but then there are billings.”

Q: What’s the difference between a lawyer and a gigolo?
A: A gigolo only screws one person at a time.

Q: What’s the difference between a lawyer and a herd of buffalo?
A: The lawyer charges more.

The debate marks the start of the inaugural Pro Bono week organized by the Law Society and you can find out more about the event here.

Team NUS would like to thank all of our ardent supporters who came down and laughed at our jokes and nodded encouragingly while we made our speeches; Prof. Lim Lei Theng, Prof. Helena Whalen-Bridge, our Pro Bono Group advisor, and Prof. Joel Lee for all their support and contribution. 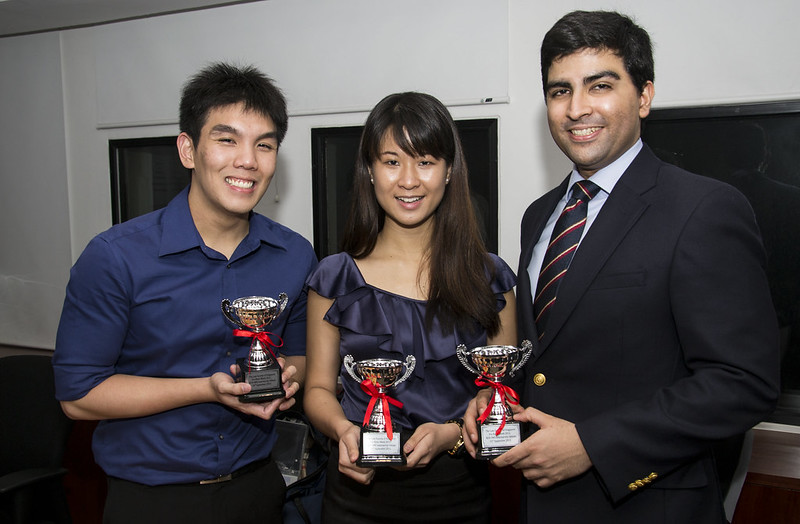 The local press coverage can also be found here