In the week following recess week last semester, the inhabitants of BTC might have noticed a series of posters lining the exterior of the BTC gym. These posters were part of the inaugural Pro Bono Awareness Week organised by the NUS Pro Bono Group at the NUS Faculty of Law from 26 September to 1 October 2015. With the aim of raising awareness among law students about the needs of various groups of individuals within society and providing students with an avenue to be involved in advocacy work which is a key part of pro bono, Pro Bono Awareness Week saw a slew of activities focused on three main groups: migrant workers, sex workers and youth-at-risk.

PBAW 2015 was kickstarted by a migrant workers’ tour, led by Geylang Adventures, a group that aims to provide a platform for bottom-up initiatives in changing social norms and perception. Participants had the opportunity to visit spaces in Singapore where migrant workers live and gain insight into a migrant worker’s life and the problems – legal and social – that they are vulnerable to. 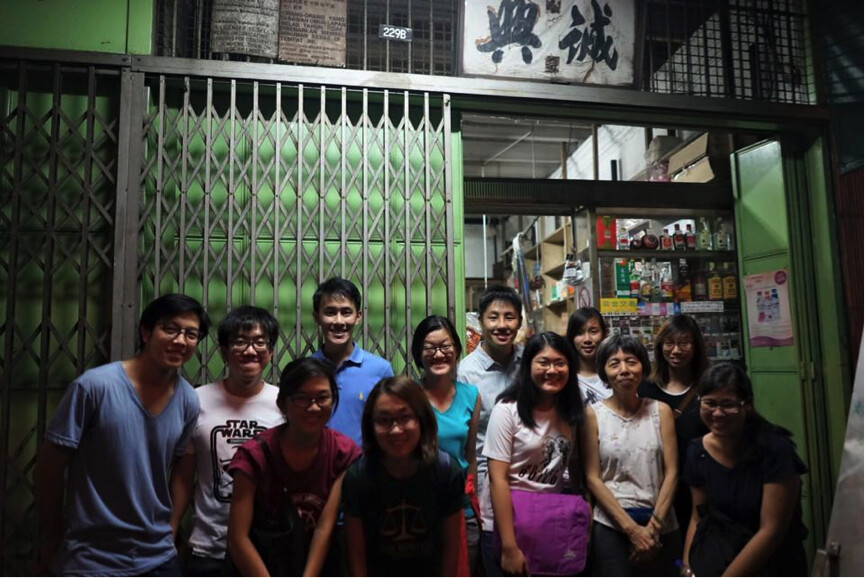 Apart from bringing law students out of BTC, PBG also sought to bring groups into BTC. Inspired by the Humans of New York project which raised funds for the children in the bleakest parts of Brooklyn to visit Harvard University, PBG invited students from Crest Secondary School to visit BTC for an afternoon. The students were welcomed by members of the Legal Education and Awareness Programme (LEAP), one of the PBG’s key projects which spreads legal awareness and knowledge among youth by conducting workshops focusing on youth-related legal issues including bullying, domestic violence and gambling. They also had the opportunity to hear from pro bono luminary Mr Josephus Tan. 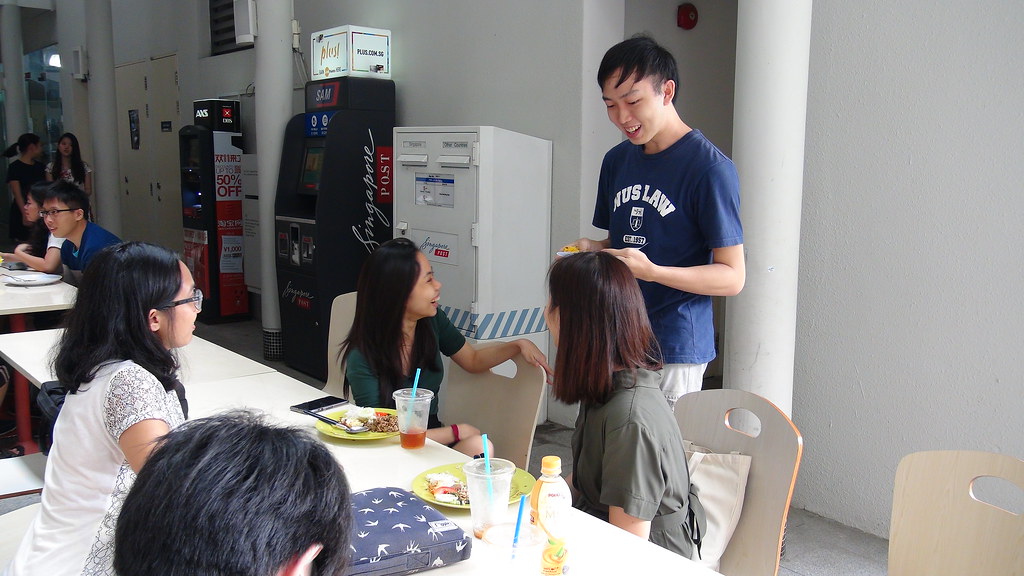 Alvin from PBG conducting the quiz on the sex worker industry

In the middle of the week, members of the Legal Research team at PBG descended on the Summit armed with questions about the sex worker industry in Singapore. Unsuspecting students were quizzed with questions such as: What is the term used in Singapore for areas where brothels are allowed to operate? (Designated Red Areas (DRA)) and Are sex workers all victims of human trafficking or coercion? (No, conflating consenting sex work with sex trafficking undermines the work of sex workers and detracts from the other serious issues which require tackling). Despite having their lunch interrupted, it was heartening to hear that many students found the quiz illuminating and went away with a better understanding of the sex worker industry in Singapore as well as the hurdles many of these workers face.

PBAW was rounded off with Stripping It Down: the truth about the legal issues sex workers face, a panel discussion featuring Mr Vikram Nair, Member of Parliament (MP) and partner at Rajah & Tann; Ms Nadia Yeo, Assistant Chief Counsel of the Personal Data Protection Committee and avid pro bono lawyer who conducted the pilot legal clinic for sex workers; as well as Ms Vanessa Ho and Ms Lisa, case workers from Project X, a community-based organisation which advocates for the end of legal oppression of sex workers.

It was truly an eye-opening experience to hear first-hand from sex workers about the discrimination they encounter on a daily basis and the struggle they face to be treated with dignity. Normally, most of us only read about them in newspaper articles or see fictionalised portrayals of them in the media. Hardly anyone present had actually interacted with sex workers face-to-face as individuals. It was heart-wrenching to hear anecdotes of how sex workers are treated with contempt by the public and even law enforcement, something that most of us from privileged backgrounds have never personally encountered. The overall take-away from the session was that sex work is work too, and the workers in this line are human beings with emotions, aspirations and worries just like the rest of us. They are a group that faces unique legal challenges that we as law students can help with, either directly through volunteering our time and skills, or indirectly, by slowly changing society’s attitudes towards them.

Even though the posters outside the gym have come down, the needs of these groups in society persist. Hopefully, Pro Bono Awareness Week has helped to develop a deeper understanding in Law students about the needs of these groups of individuals in our society, and perhaps spur the students to go and find out more about the issues these groups face. Legal pro bono work is but one angle from which we can approach the issues that these groups face. In our daily lives, there are many small ways we can make a positive difference in the lives of these individuals, for instance by helping to change perceptions and raising awareness of these issues within our own social circles. Big changes can come from an accumulation of small ones.