It was a dark and stormy night. The finals of the WongPartnership International Commercial Arbitration Moots 2013 had finally arrived, and we were outnumbered three to one. The SMU representatives were tall, dark and handsome– Jeremiah Cunningham, Qabir Sandhu and Kenneth Lim. 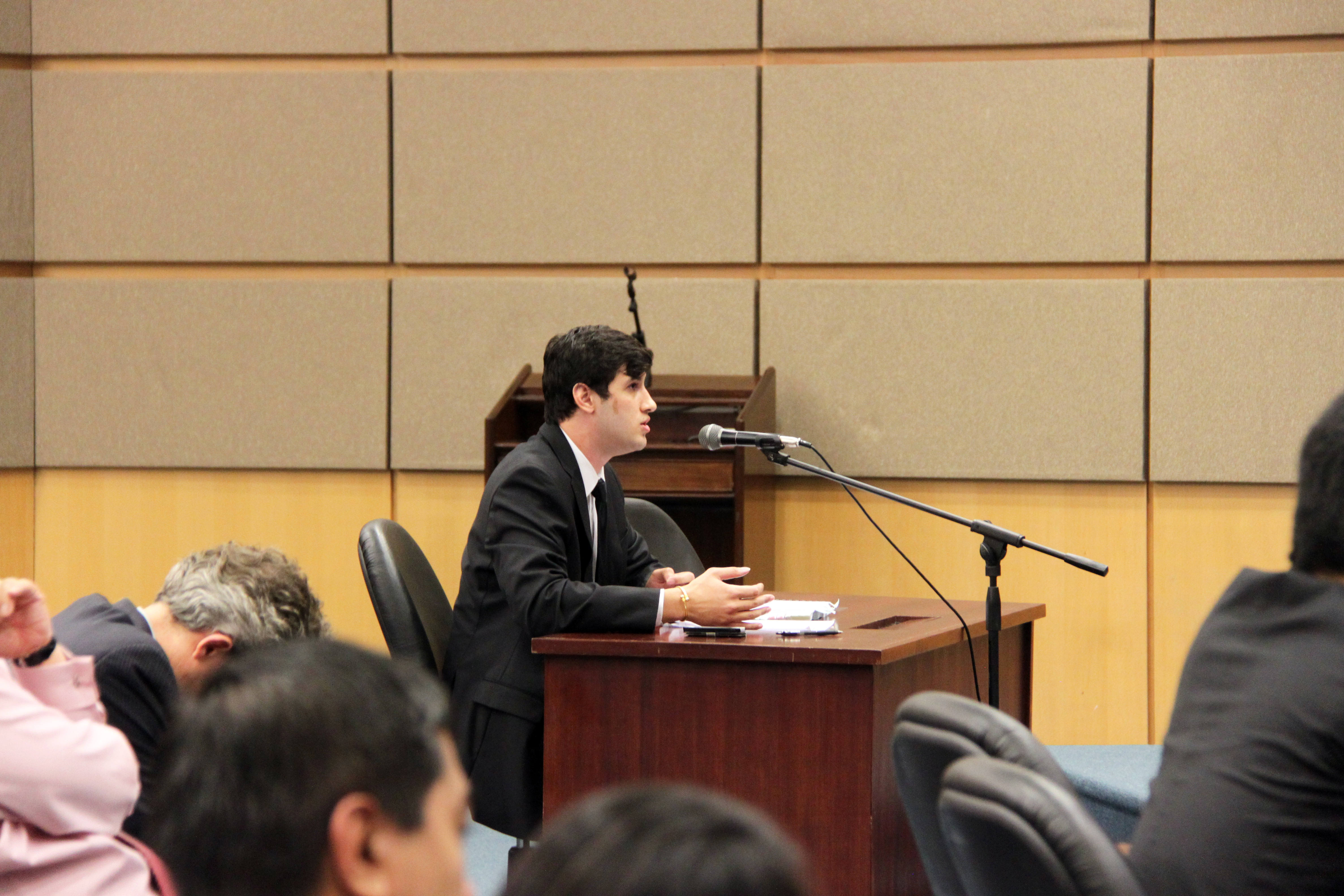 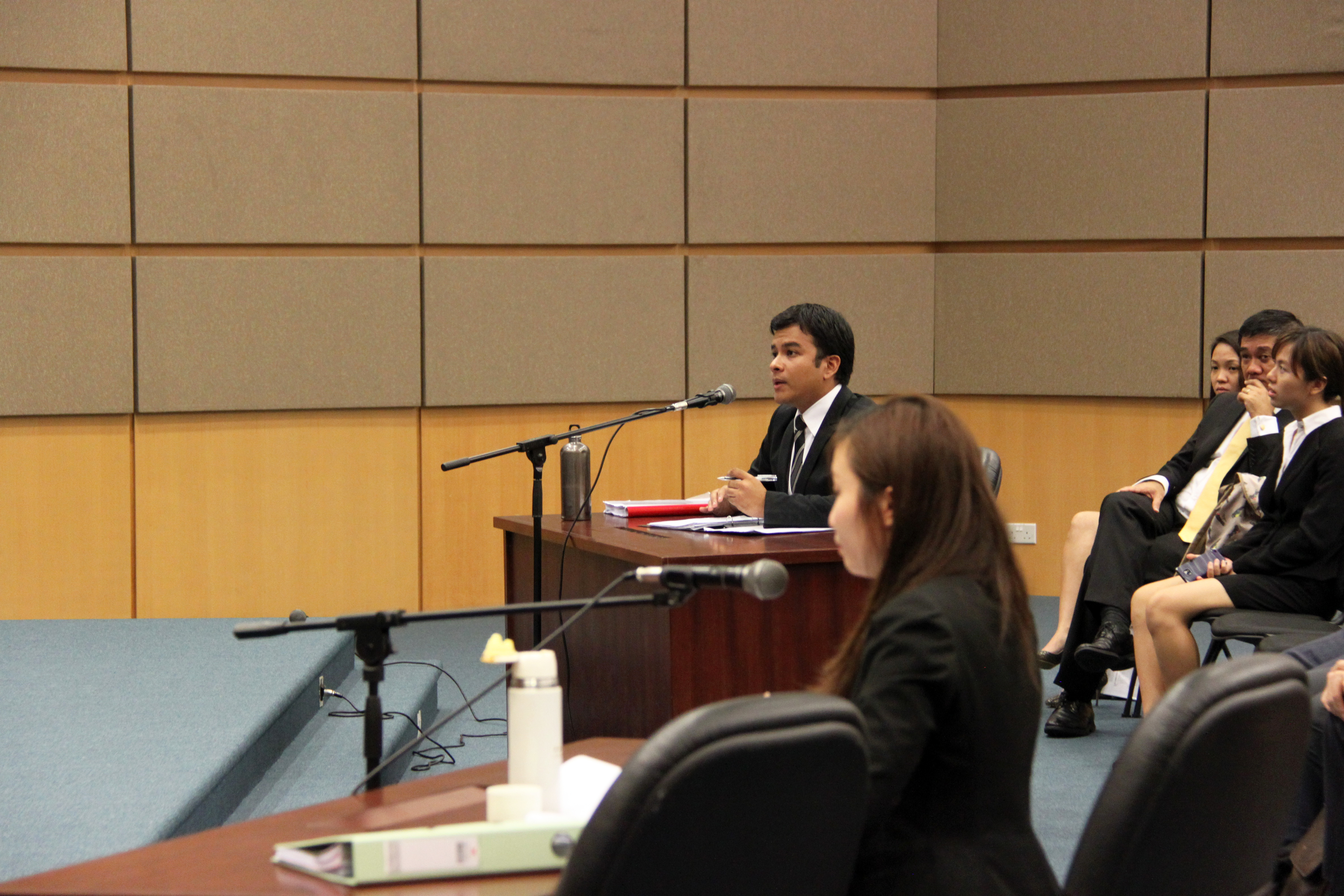 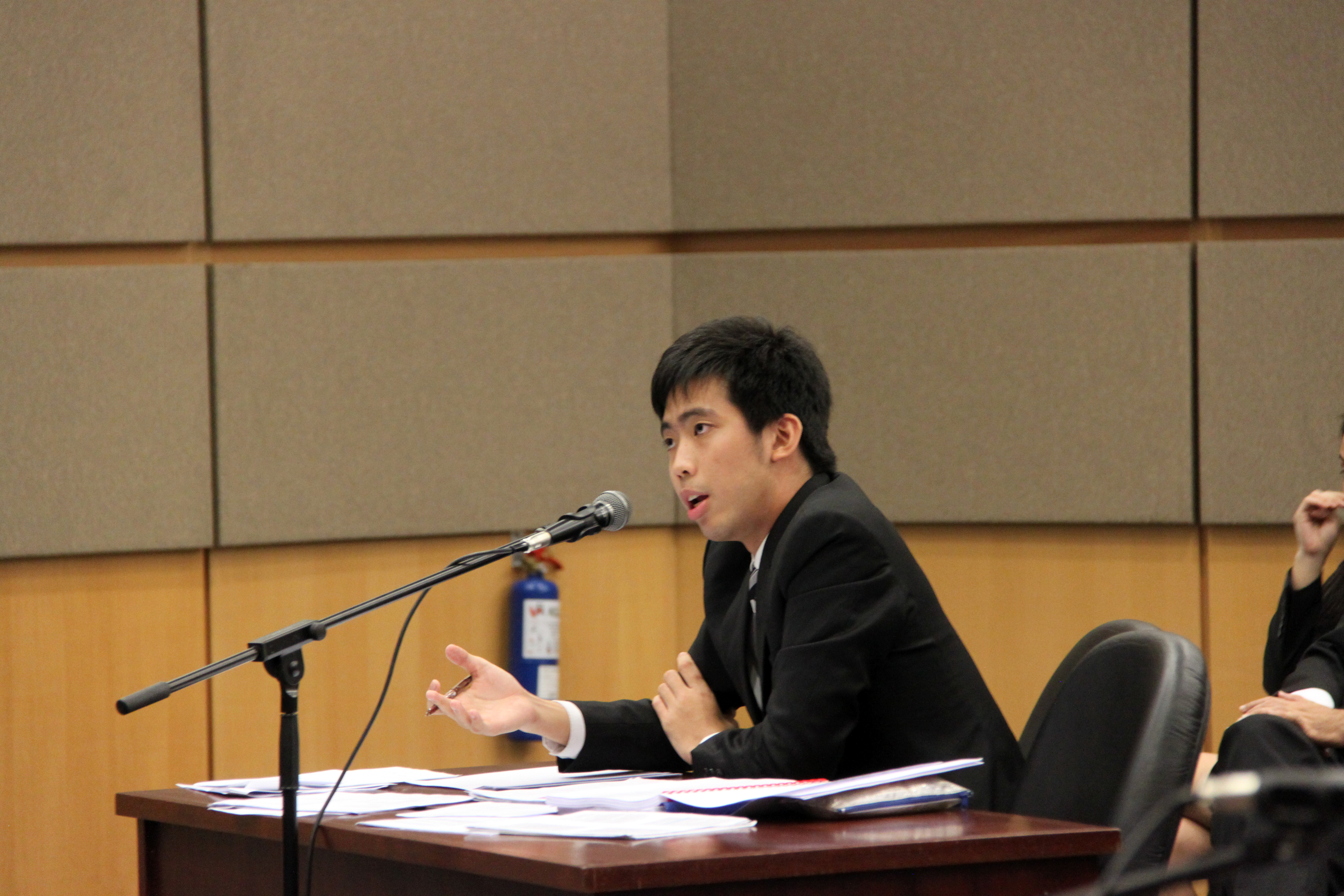 Our sole representative that night, Hannah Lee (Year 2), was the first person to speak. She was amazing – it felt as if the judges’ questions were part of her script. According to the judges, all the mooters displayed a high standard of advocacy and were very well-prepared. There was a range of mooting styles on show – from the confident to the candid. 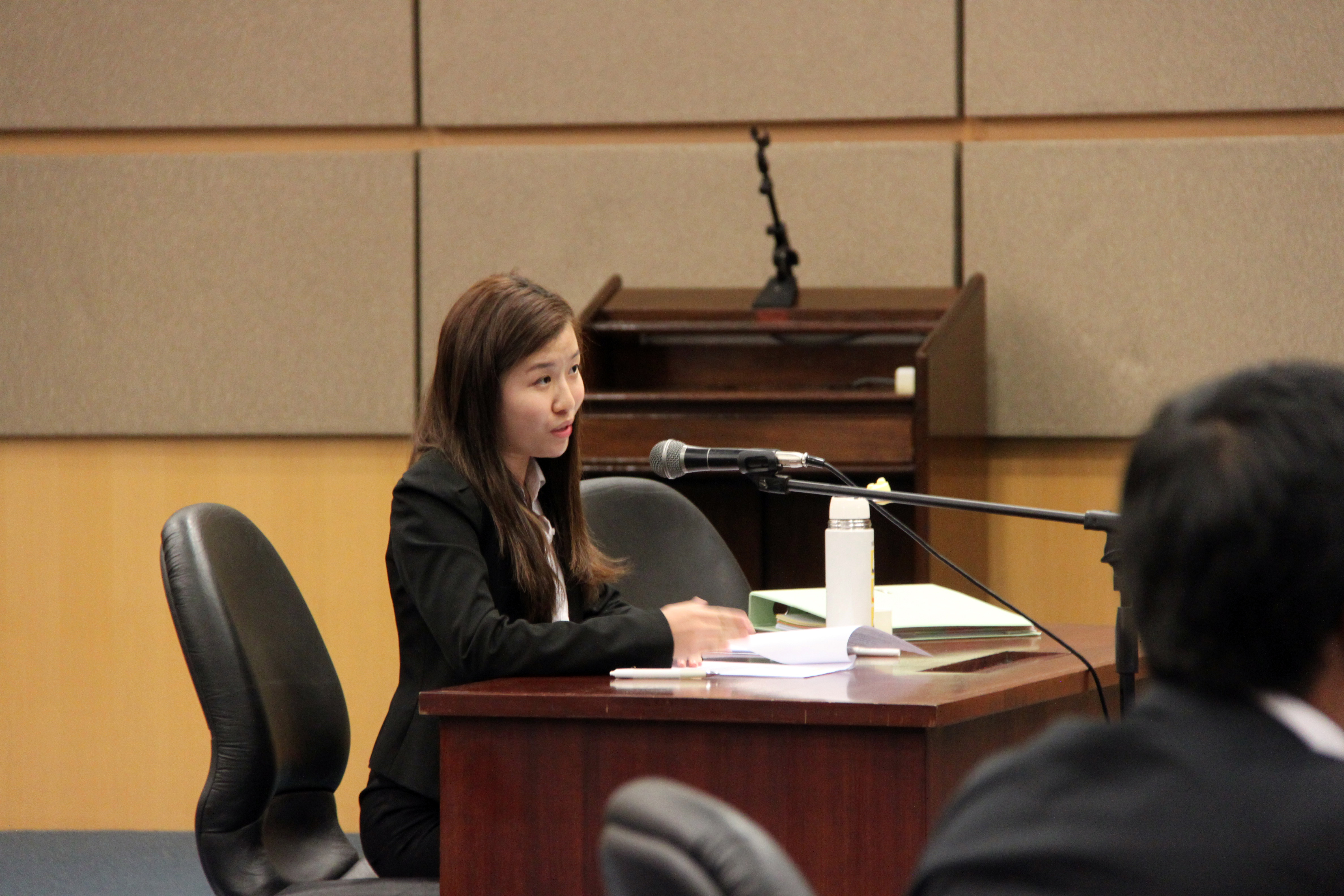 The moot problem was a contractual dispute between international parties about the late delivery of steel slabs – there were a myriad of issues ranging from the right to terminate arising from a breach of contract, to the application of the Unfair Contract Terms Act to a non-reliance clause. 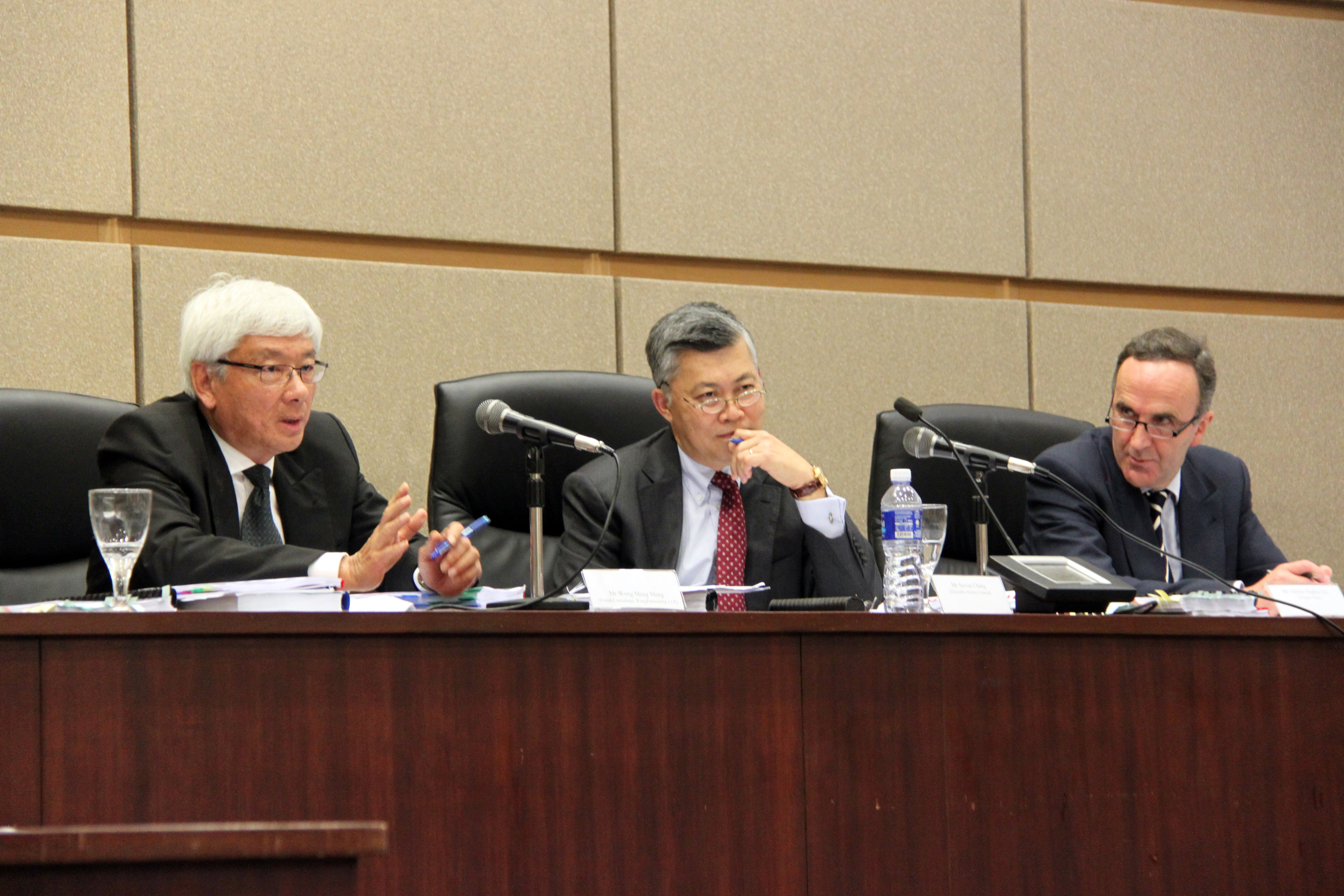 Before the Tribunal delivered their decision, they offered some comments:

1. If unsure, seek clarifications on the questions posed by the Tribunal.

2. When answering questions, it is good practice to first answer with a “yes” or “no”, before going on to elaborate.

3. Be sure to listen to the questions asked of your opponent by the Tribunal during their submissions, and use the Tribunal’s observations to bolster your case.

4. Where the law is not in dispute, focus your argument on the facts instead of spending too much time setting out the legal principles. 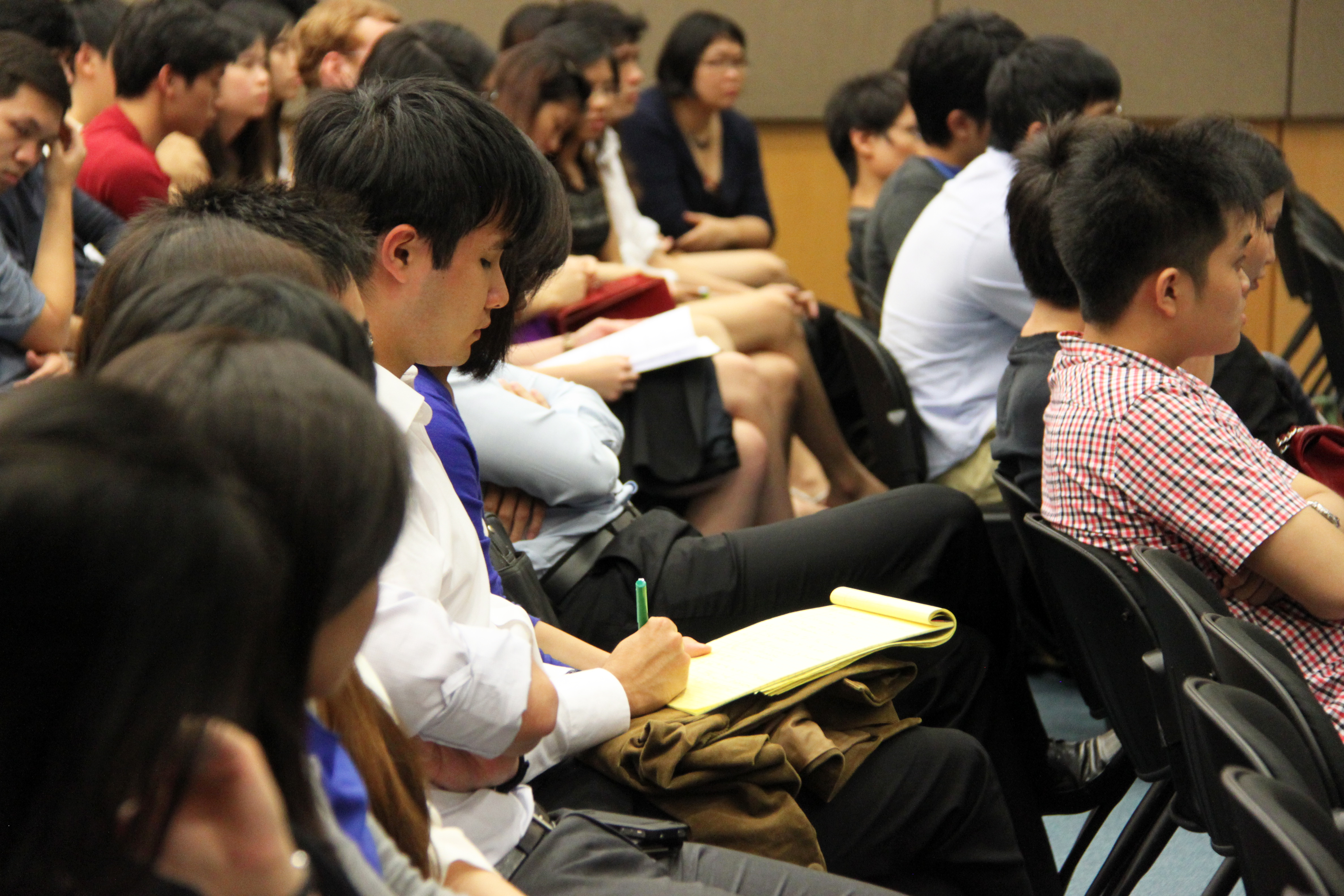 After giving comments, the judges delivered their decision.  Hannah Lee was awarded winner of the WongPartnership International Commercial Arbitration Moot 2013. She received much praise – in particular, Attorney-General Steven Chong found her to be Calm, Clear, Confident and Composed. Hannah tells us that she would like to thank all those who had helped her along the way, and who believed and had faith in her right from the start. 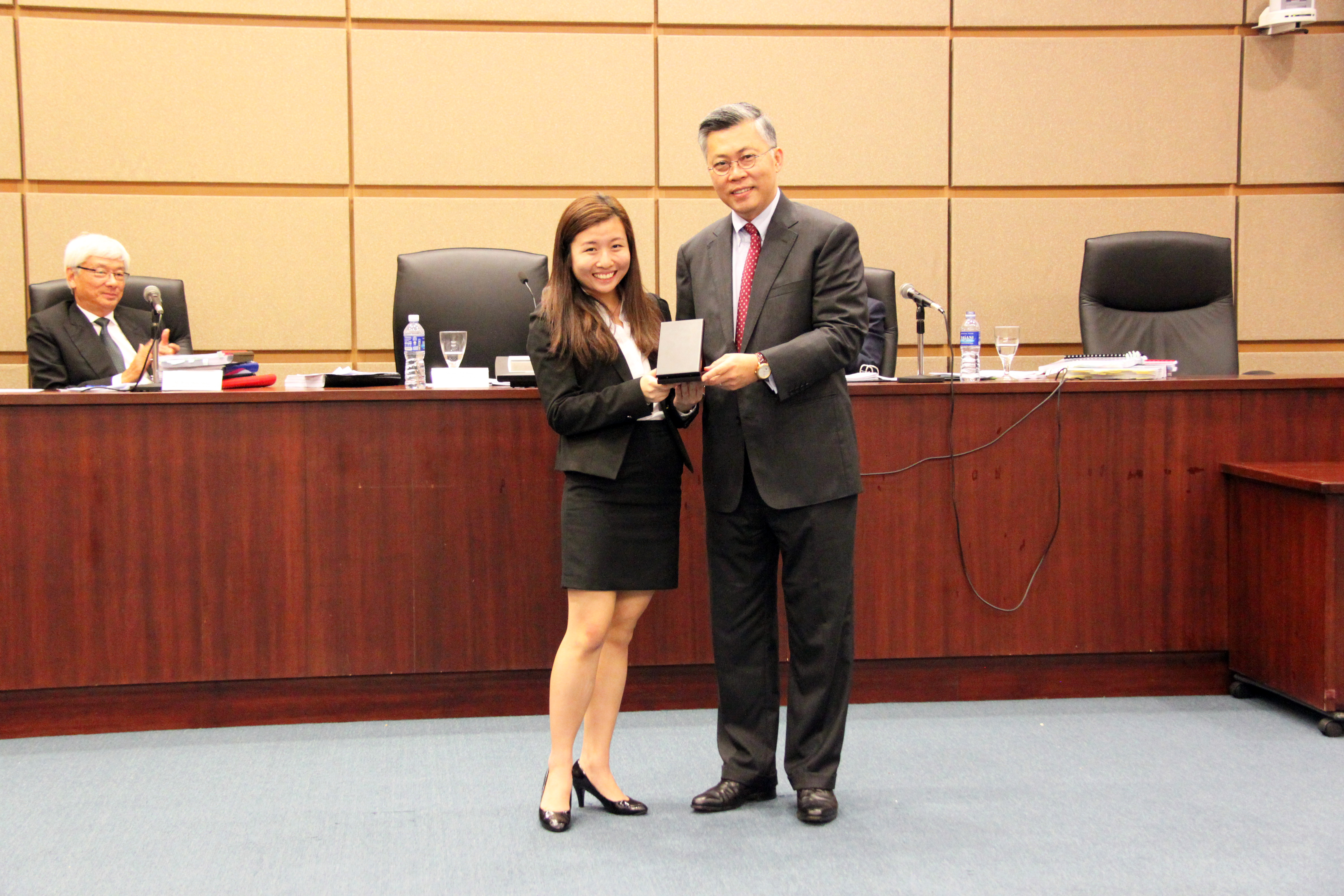 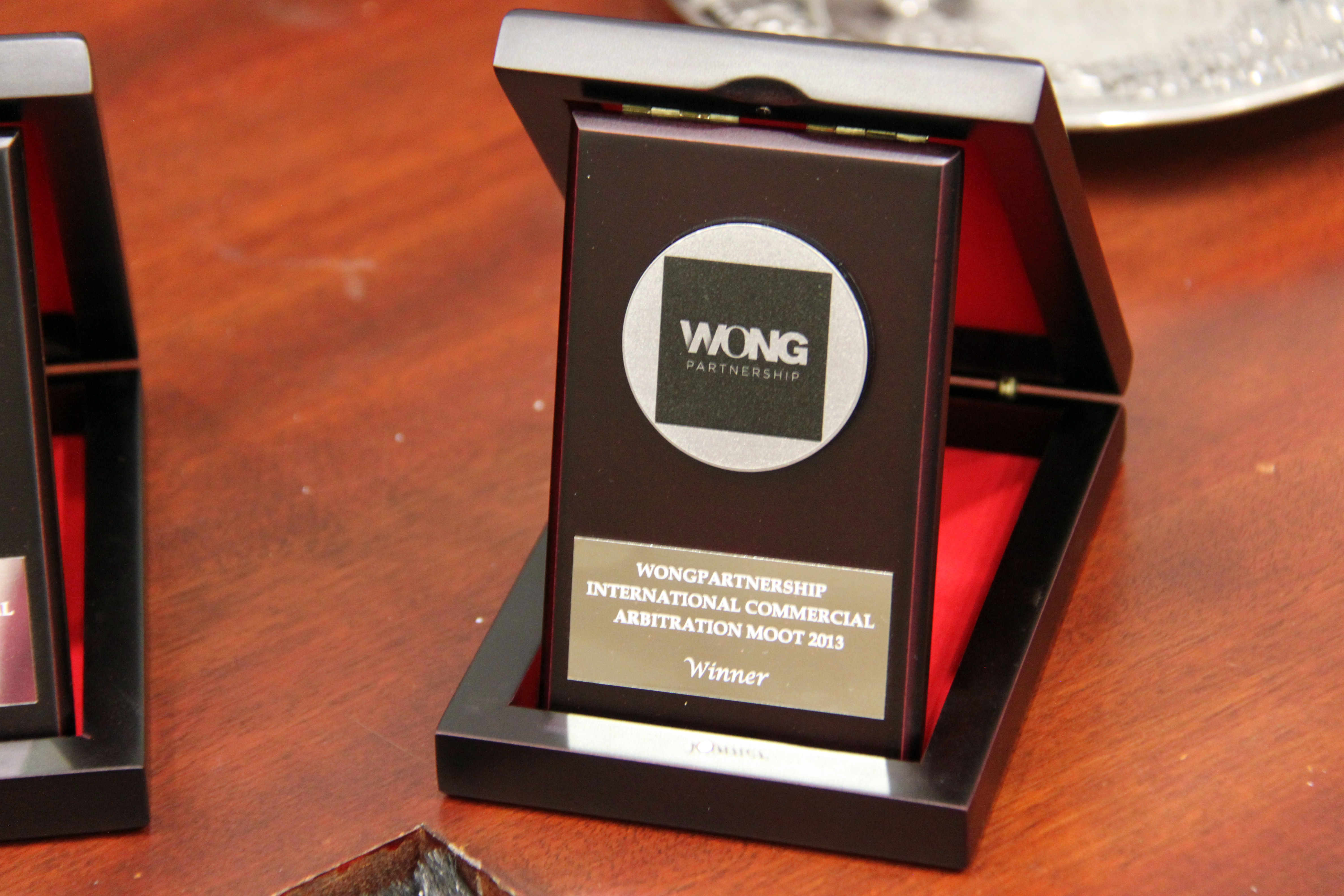 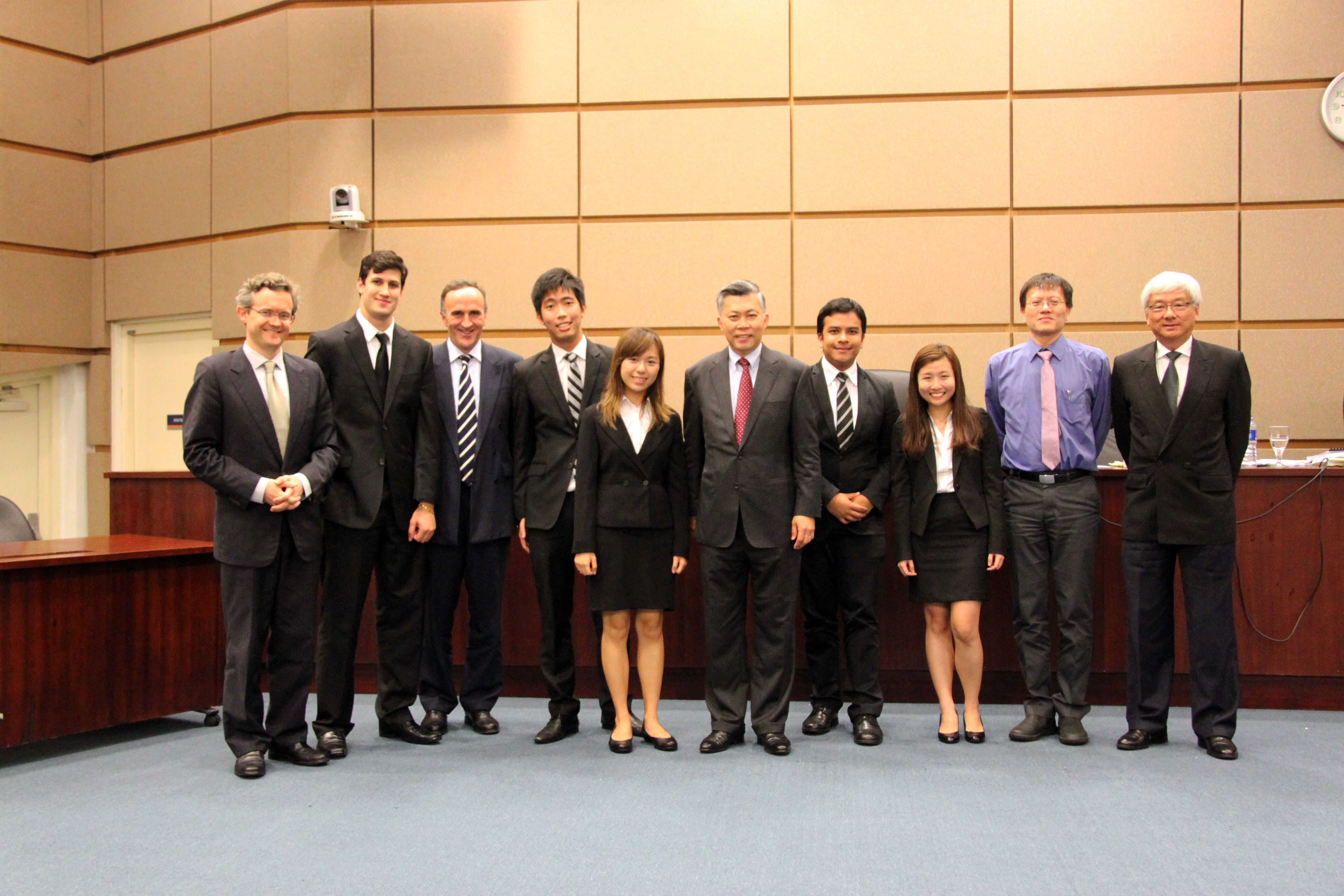 At the very end, when the judges asked which schools the mooters were from, Hannah replied with gusto – “NUS”.

When I left the moot court, the rain had stopped.