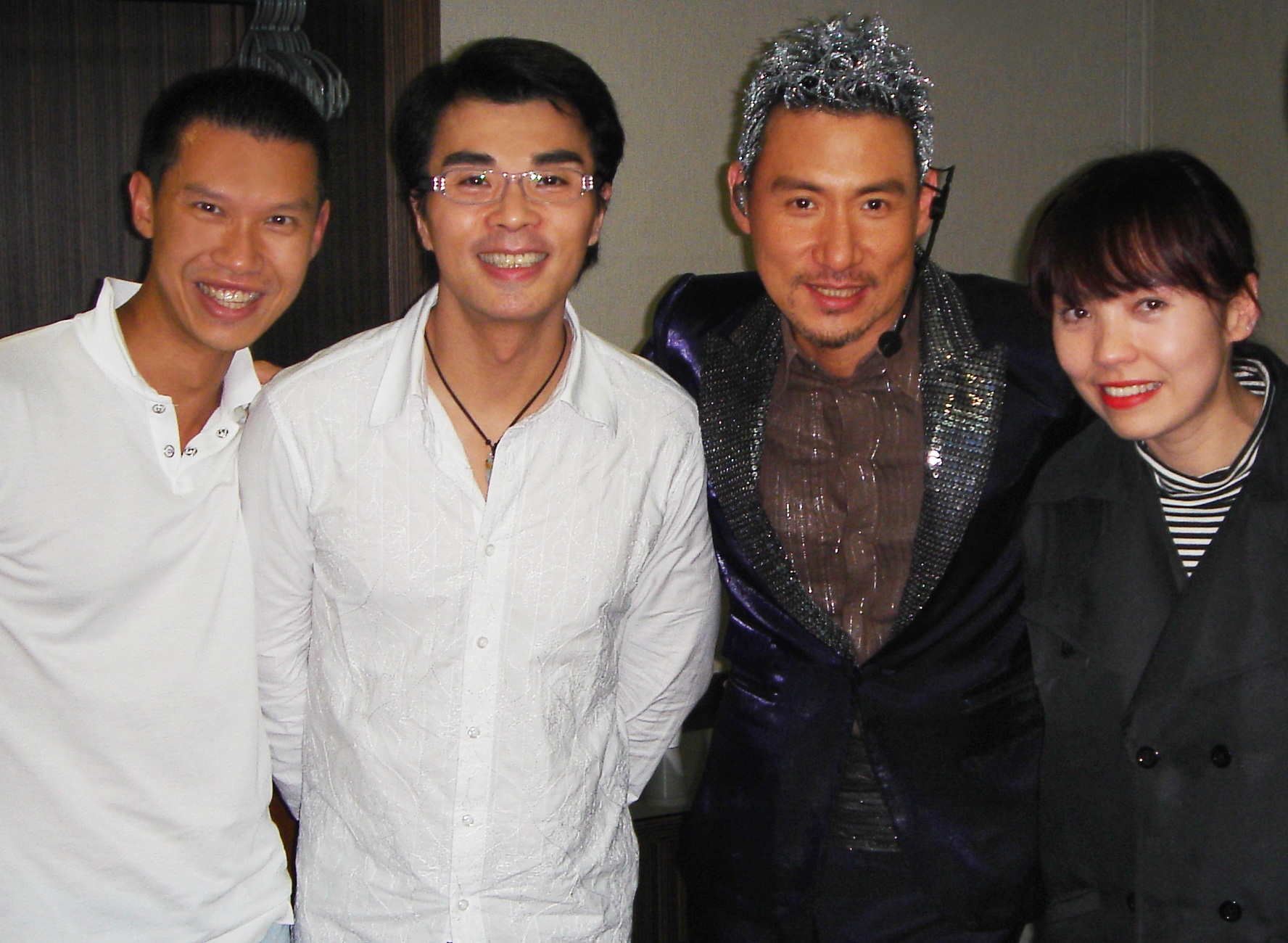 We know Prof David Tan as a Torts and Entertainment Law tutor (he also teaches Freedom of Speech). Some of us may also know him as a high fashion photographer who hangs out with the celebs. His photographs have graced the pages of Elle, Harper’s Bazaar, Marie Claire, Men’s Folio, Singapore Tatler and Men’s Uno. However, most of us may not know that he was also Head of Contact Singapore and even helped write the lyrics and produced the Team Singapore song for the 23rd SEA Games in 2005 as a director of sports at the Ministry of Community Development, Youth and Sports. 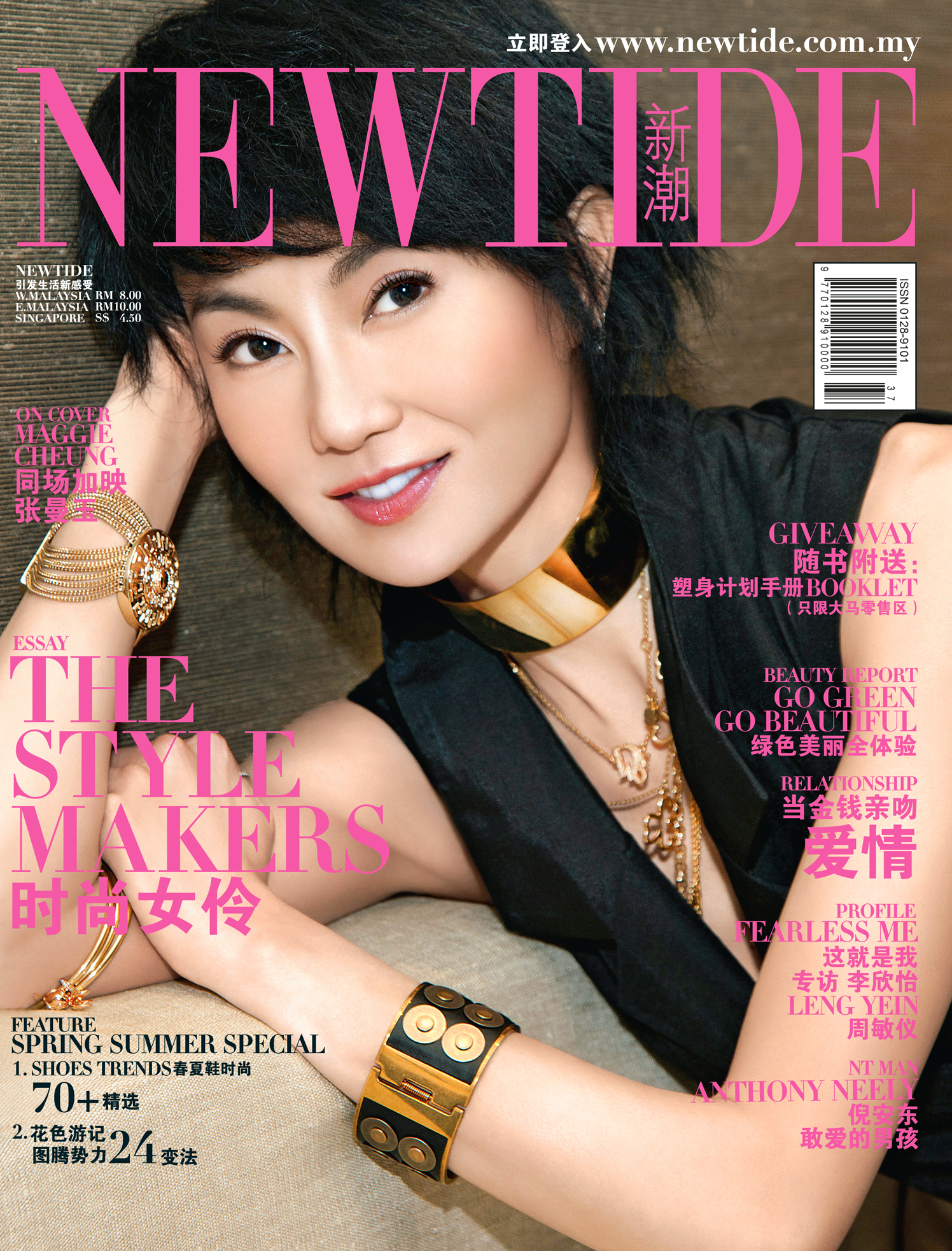 In the second part of Quare, a collaboration with the Singapore Law Review’s Juris Illuminae where we speak to personalities with a legal background who have gone on to pursue other interests, we find out from the always sartorially sleek Prof Tan what it was like being in law school, and he tells us what kind of law student – and what kind of model – impresses him. 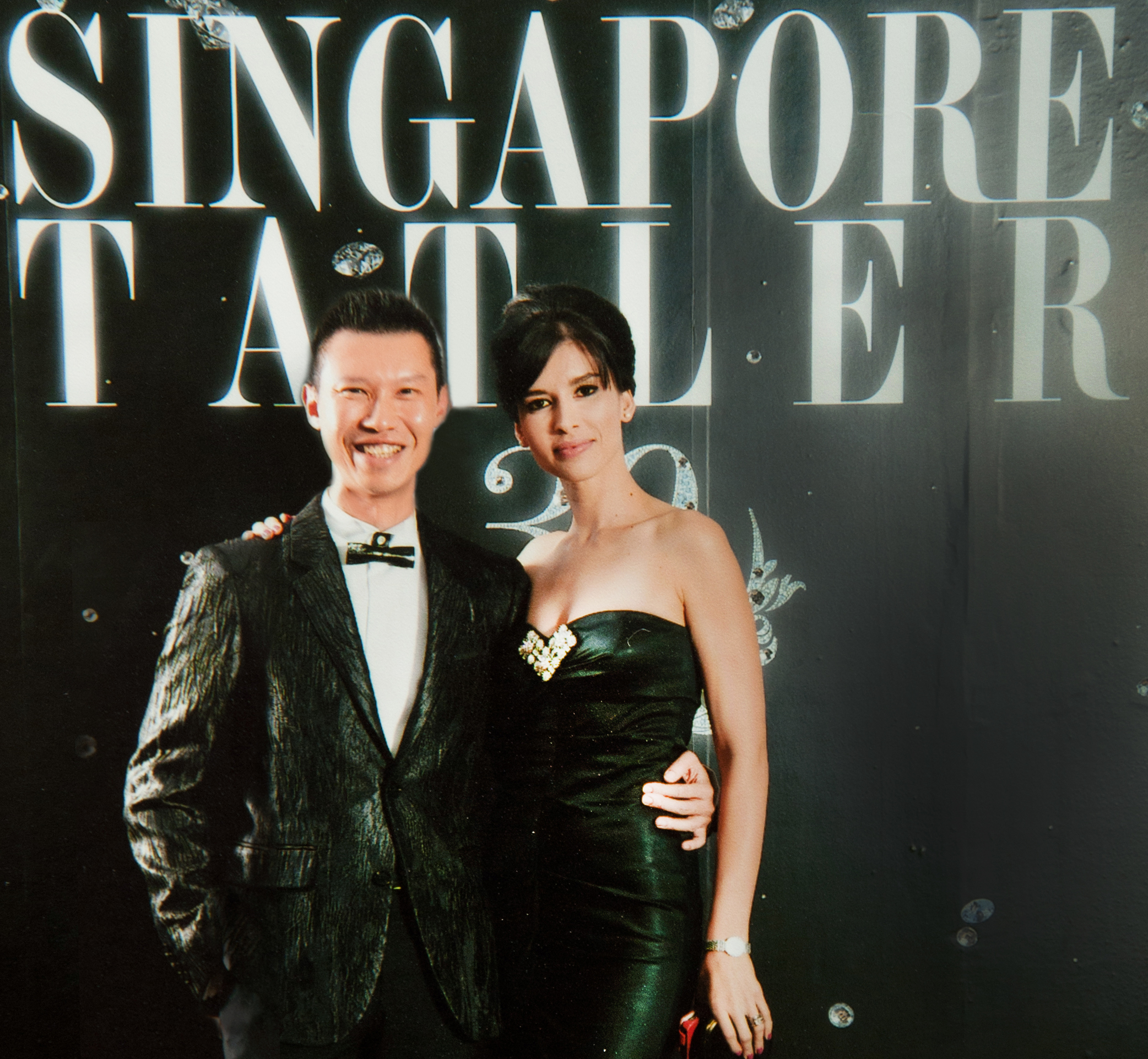 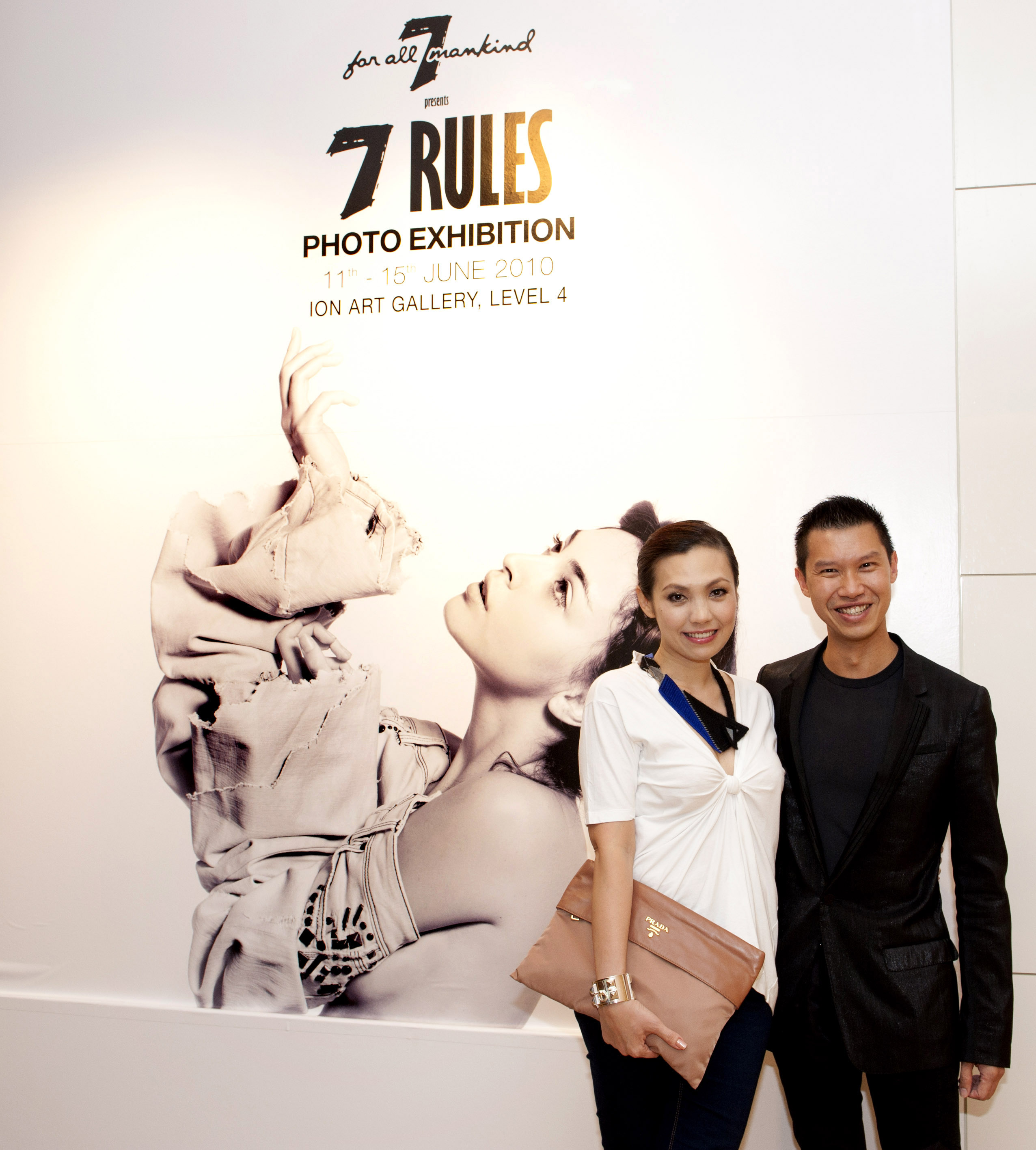 Prof David Tan with Kit Chan at his 2010 photography exhibition “7 Rules” at ION, presented by 7 For All Mankind

Perhaps we should start this interview with the classic question: What made you apply to law school?

Such a cliché, but it was honestly between medicine and law. I loved biology when I was in junior college, but I did not relish the thought of spending hours in a laboratory or hospital. I enjoyed public speaking, reading and writing, and since I had the grades, I thought I should give law a go!

And why Australia? Were there any particular difficulties you faced in law school?

Law at University of Melbourne was not my first choice. Initially I was all set for law at Oxford or Cambridge, but I was refused a scholarship to study law there. All the organisations that offered me a scholarship wanted me to study economics, be it at Harvard, Tokyo or LSE. Eventually I persuaded DBS Bank to offer me a double degree scholarship for law and economics at Australia’s top law school.

Frankly I was one of those students whom everybody just loved to hate! I found law really easy — well, almost every law subject with the exception of the dreadfully tedious Civil Procedure and Evidence courses. I won a number of prizes, like in Constitutional Law, Administrative Law, Contracts and Health & Medical Law. Perhaps the challenge was more in managing my time effectively between the co-curricular activities, my vibrant social life and the academic studies. I was determined to have done all the readings before attending any lecture or tutorial. In my first year Torts tutorial classes, the professor often turned to me to check if his recall of the facts of a case or his interpretation was correct! It was pretty funny how he would flash a big smile when I nod in agreement, and quipped, “OK it’s all good, Dave agrees with me.”

What other interests did you pursue as an undergraduate student?

I pursued a French-Vietnamese girl! And I experimented with French cooking too … obvious connection there! Officially I was the President of the Singapore Students’ Society at the University of Melbourne, Editor-in-Chief of three student publications (including the Yearbook) at Trinity College, and the college photographer for two years. My social life was a blast! I was hanging out with such diverse groups of people — from the rugby and football players to the dramatic thespians. I was even manager of the Trinity College Swim Team for one year. I was thrilled that I was the first Asian student named Valedictorian of the Year at Trinity College, an accolade jointly conferred by my peers and the administration. I was also obsessed with getting my student law essays published in law journals. By the time I graduated, I had published six articles in refereed journals that included Australian Law Journal, Australian Journal of Corporate Law, and Australian Intellectual Property Journal.

I served out my 5-year scholarship bond at DBS, and decided I wanted a career change. Getting the Lee Kuan Yew Scholarship for my LLM at Harvard sparked off a sense of public service, I felt I had to do something for the benefit of society. Four years in the Administrative Service as a director in two ministries working on complex policy issues opened my eyes to the challenges of running a country like Singapore. Unlike legal practice or academia, there are so many stakeholders to consider in policy-making. For example, if the overriding national imperative was to ensure economic growth, the solution is not as simple as raising productivity and reducing cost of doing business in Singapore. All other policies pertaining to population growth, foreign workforce immigration, taxes, social integration, education, housing have to be coordinated as well.

We know that you are also a high fashion photographer. What got you into photography?

I ventured into photography in my 2nd year at law school in Melbourne. It was a fantastic way to make friends, being the yearbook photographer who was at every single sporting and social event. But I was always drawn to portraiture, and I began to persuade my uni friends to pose for interesting pictures for the yearbook. In my 3rd year at law school, I won the first prize in the photography section of the Annual Art Show at Trinity College showcasing a male and female nude. It was controversial back in those days, especially at a traditional Anglican institution. Nonetheless it was a much welcomed affirmation of my budding talent! 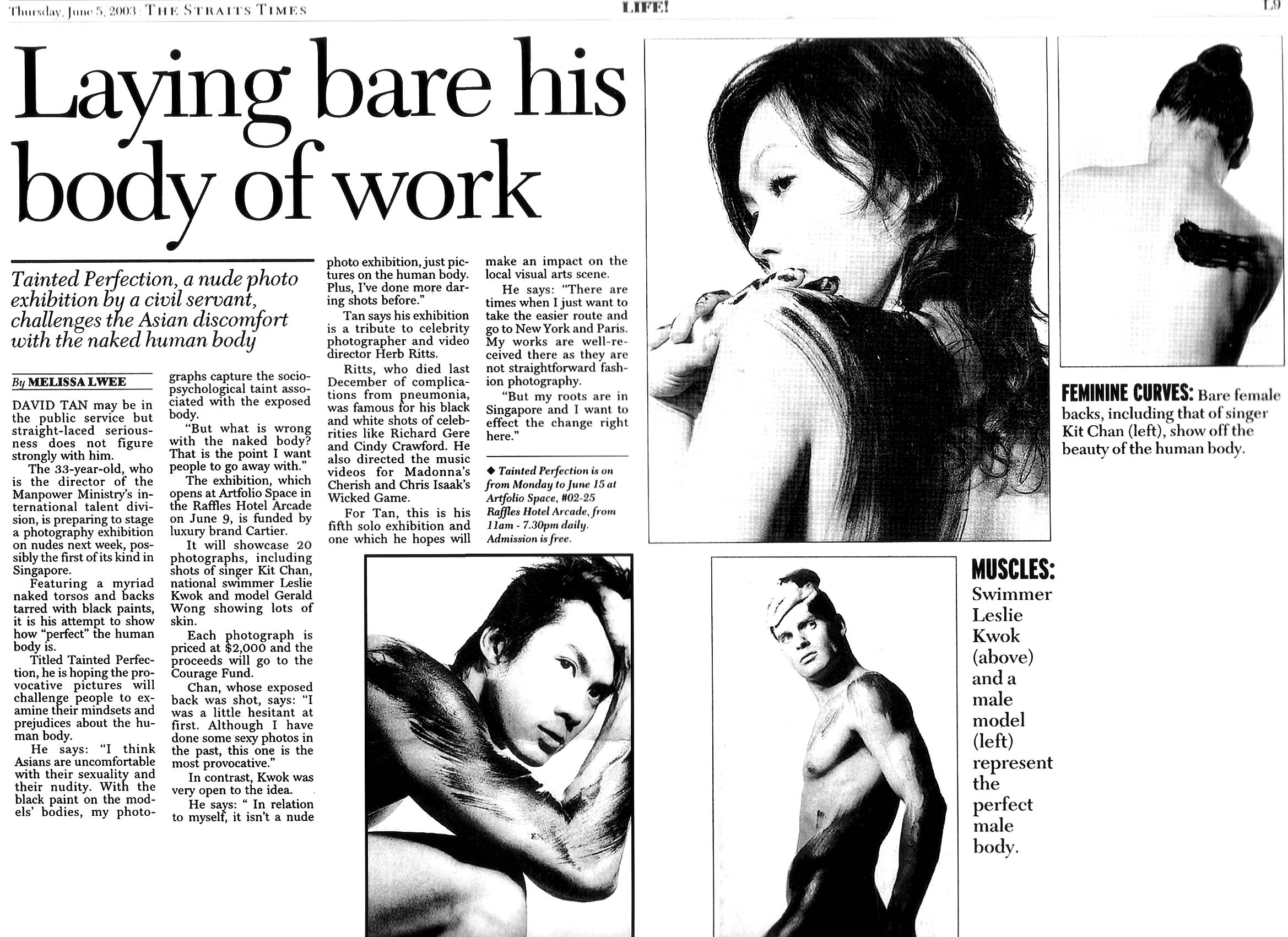 In 2003, you showed a photography exhibition on nudes, “Tainted Perfection” and it was reported to be the first of it’s kind in Singapore. What was it about nudes that inspired you?

My artistic oeuvre is very much influenced by Horst, Herbert List, Herb Ritts and Edward Weston. I appreciate light and shade, lines and angles, and I view the human form as an architectural wonder. At the same time, I am intrigued by studies of aesthetics, morality, sociology and psychology. The “Tainted Perfection” series is in fact a contemplative visual critique, as opposed to literary, of arbitrary moral codes and hypocritical norms. Many of us secretly enjoy looking at beautiful naked bodies, but we feel compelled to reject nudity because of its social ‘taint’.

Why did you eventually choose to join academia?

My first love is the study of law … yes, even above photography! Law is like an aesthetic discipline with an intrinsic creativity and lyrical beauty. One of my favourite phrases is from Texas v Johnson, where Justice Brennan, in the striking down the law prohibiting flag burning, said: “We do not consecrate the flag by punishing its desecration, for in doing so we dilute the freedom that this cherished emblem represents.” It’s like poetry. Law is also like a science, in which logic, inductive and deductive reasoning is quintessential to its existence. I never found fulfillment in the banking sector or in the government sector. Academia indulges my creative mind and also satisfies my compulsive streak to get things organised.

This sounds pathetic, but “David Tan” the student would impress me! As I have mentioned earlier, I went to every class well-prepared, even for lectures. It was probably because I love the study of law. It was definitely not because I wanted to impress the professors; I would never be that irritating smart-aleck type who must raise his or her hand to interrupt every 15 minutes, or would bring up issues irrelevant to the material covered just to show off. I appreciate insightful comments in class on the cases and articles assigned in the reading guide, and be engaged in a vibrant discussion. Generally I have found NUS students in my elective modules to be reticent in this regard, compared to the students I have taught at Melbourne Law School.

What kind of model impresses you the most?

Always punctual, enjoys an espresso with me, plays tennis and is a fan of Roger Federer! It is a myth that models are stupid. I have worked with a model who has an aeronautical engineering degree from Stanford, another with an architecture degree from Melbourne and a management consultant with the Boston Consulting Group.

Any advice to the law students out there?

Please speak up in my classes and say something intelligent? Seriously, I think law students have been given a lot of good advice by many people. Students have different motivations for coming to NUS Law. I went through law school with one clear goal — graduate top of my class — because I know I have the potential, and I wanted to be able to look back later without regretting that I could have achieved more. By the way, I was not number one, but I made it into the top 3%. My humble advice is to ask yourself — “What is my potential? Am I working to achieve that potential in law school? If I am not, will I look back a few years and wished that things had been different?” 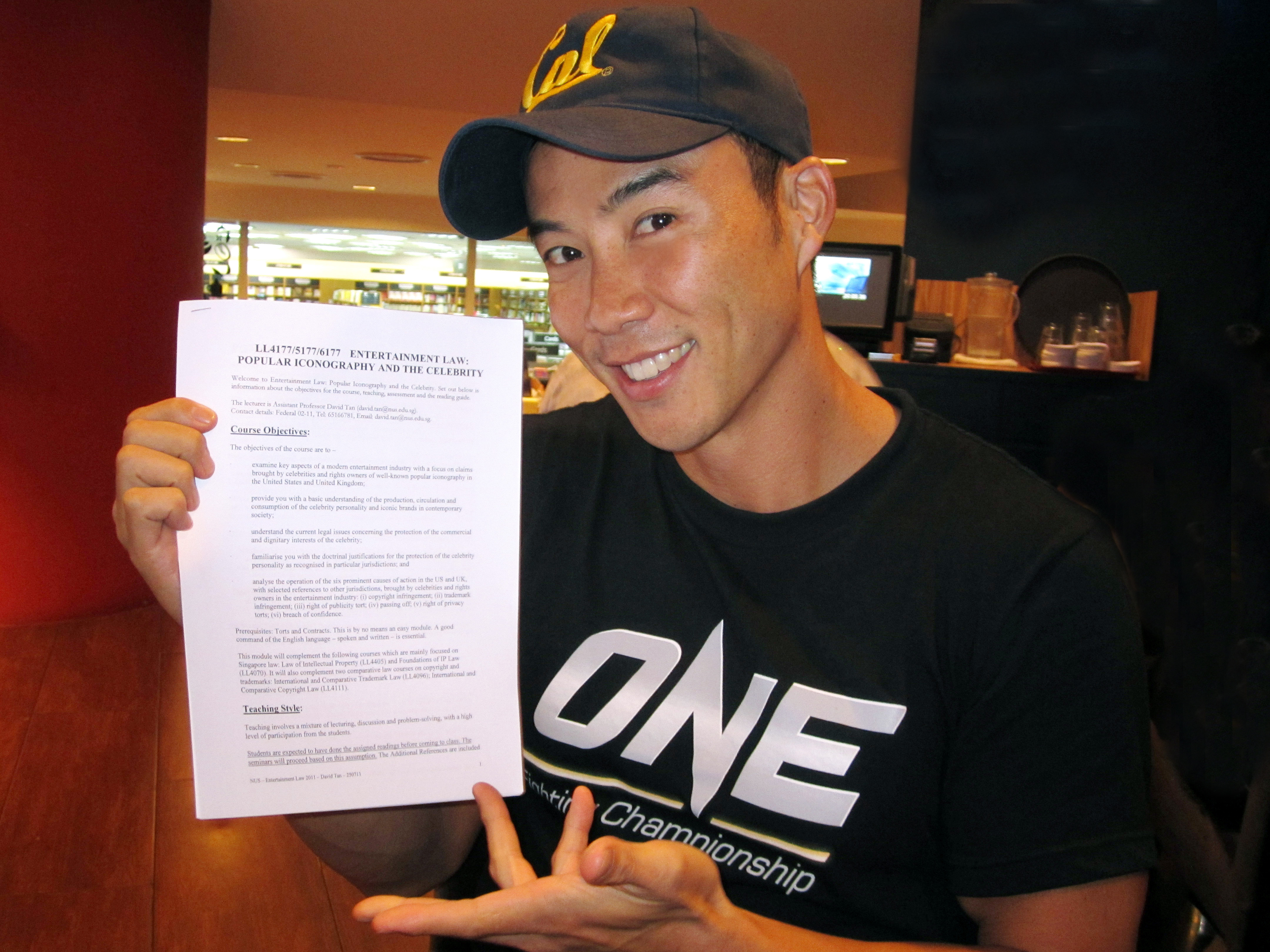