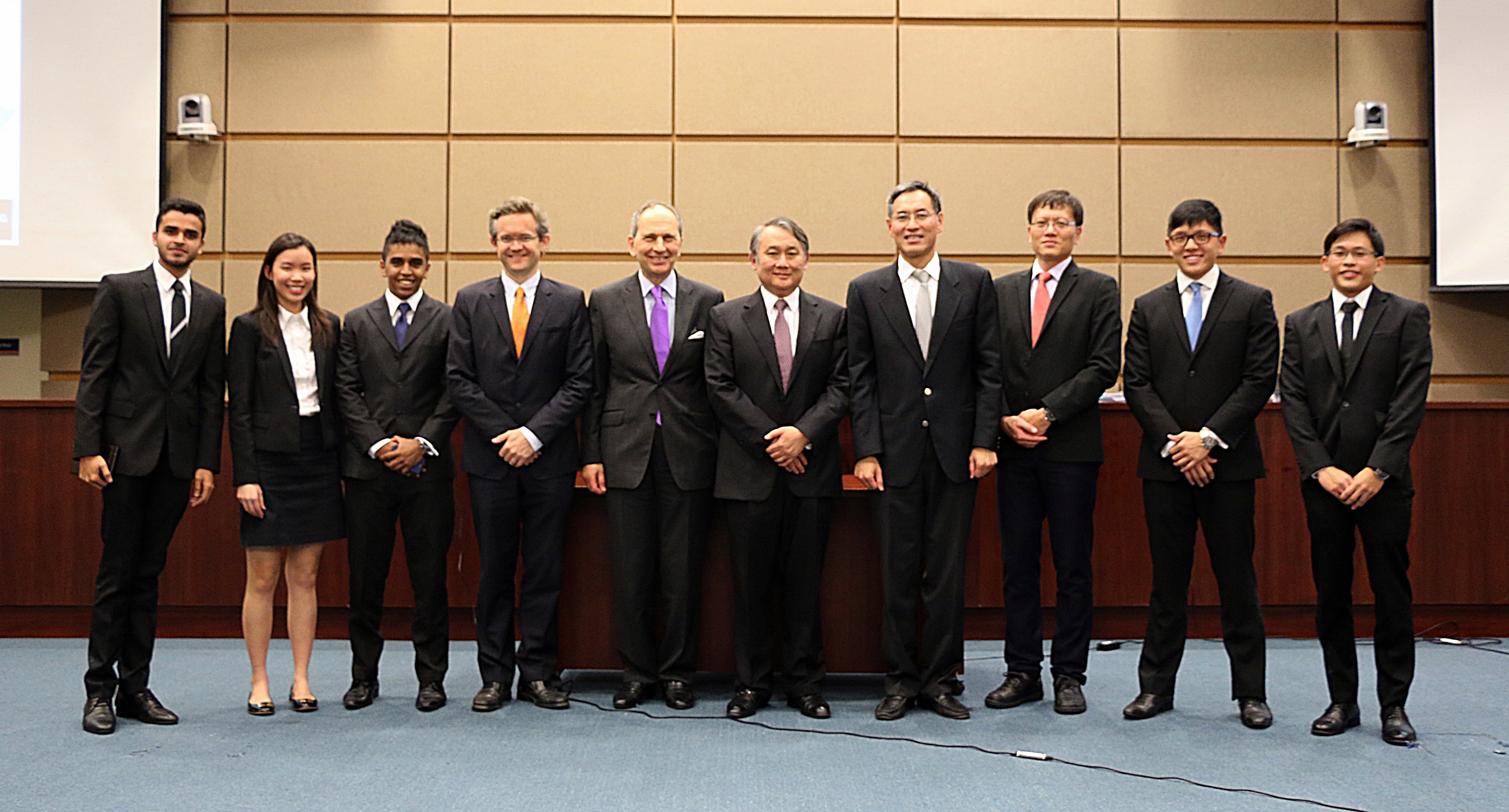 After months of intense mooting, the Wong Partnership International Commercial Arbitration Moot has finally yielded a winner! Arguing their way through more than 80 teams of contestants, the evening saw the four finalists — Hairul Hakkim, Chui Li Wen, Chua Yong Quan and Douglas Wong — pitting their wits against one another (and of course, against the panel). 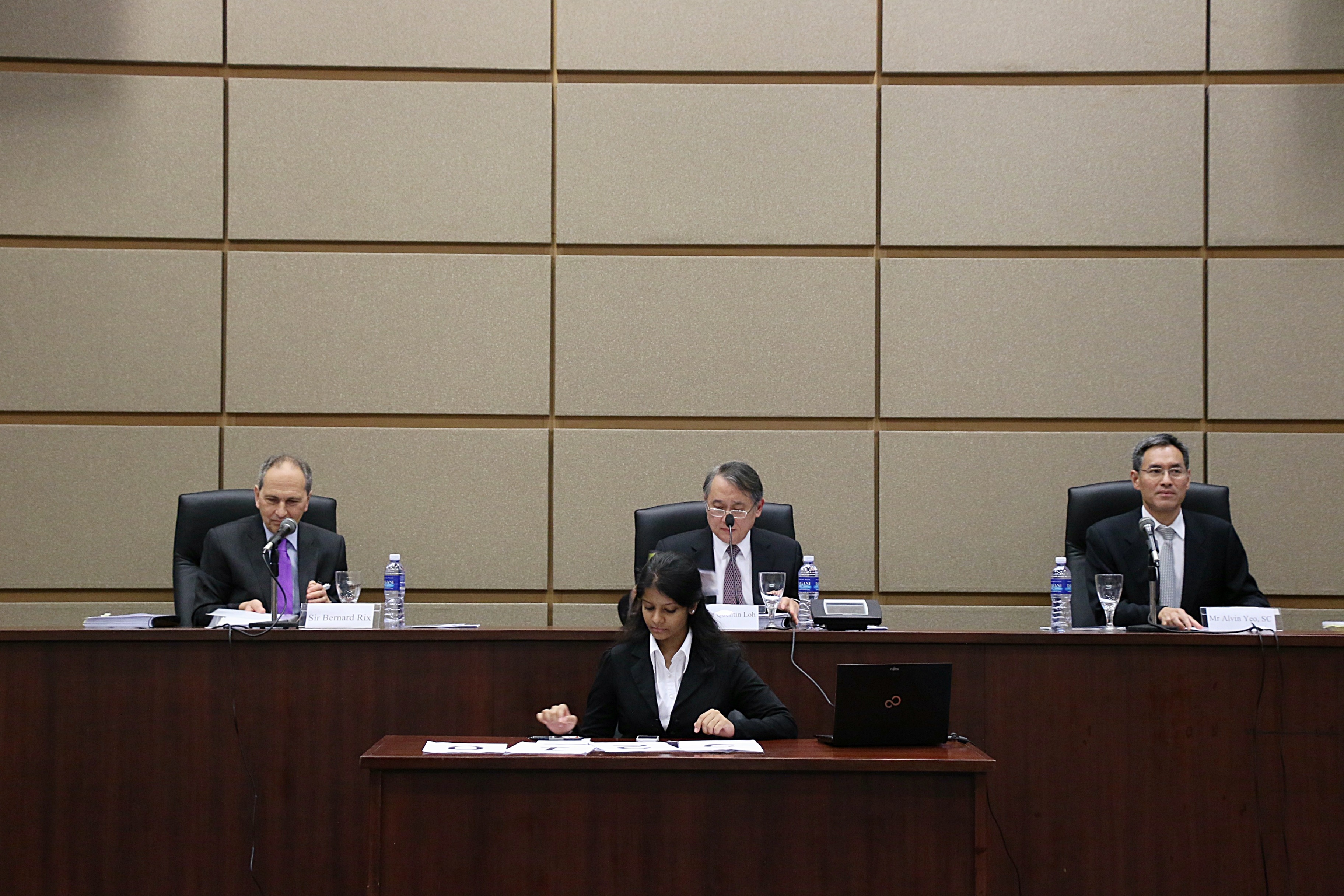 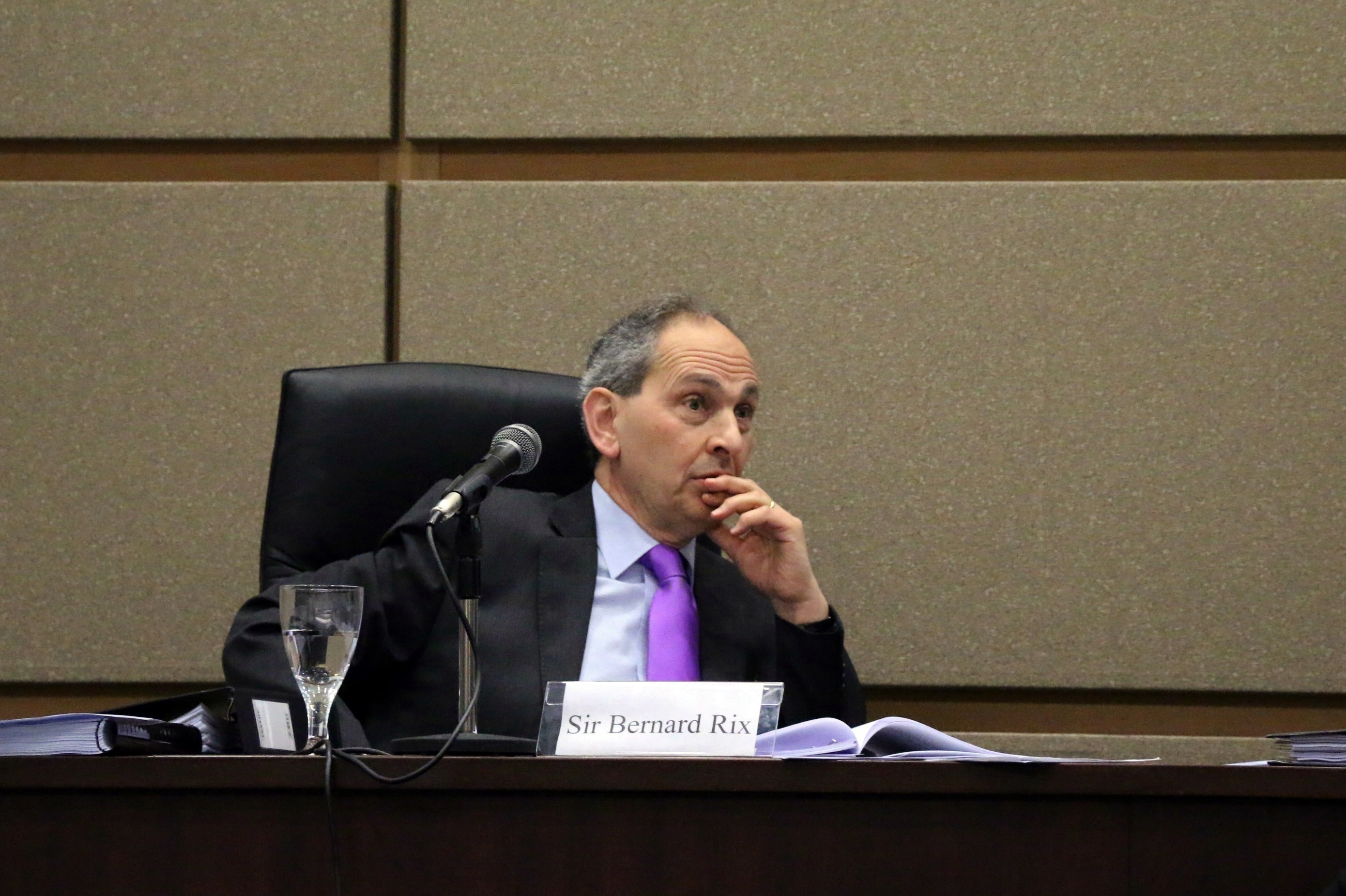 Justice Loh and Mr Yeo are so renowned in the local legal fraternity that they require no introduction. However, local students may not be aware of Sir Bernard’s inspiring accolades. Graduating from Harvard Law School, Sir Bernard was called to the bar in 1970 and merely five years into practice, he argued in the Court of Appeal before Lord Denning himself! As if that were not impressive enough, he went on to win that very same case on behalf of his client, Mareva Compania Naviera SA – giving birth to what we now know as the Mareva injunction. 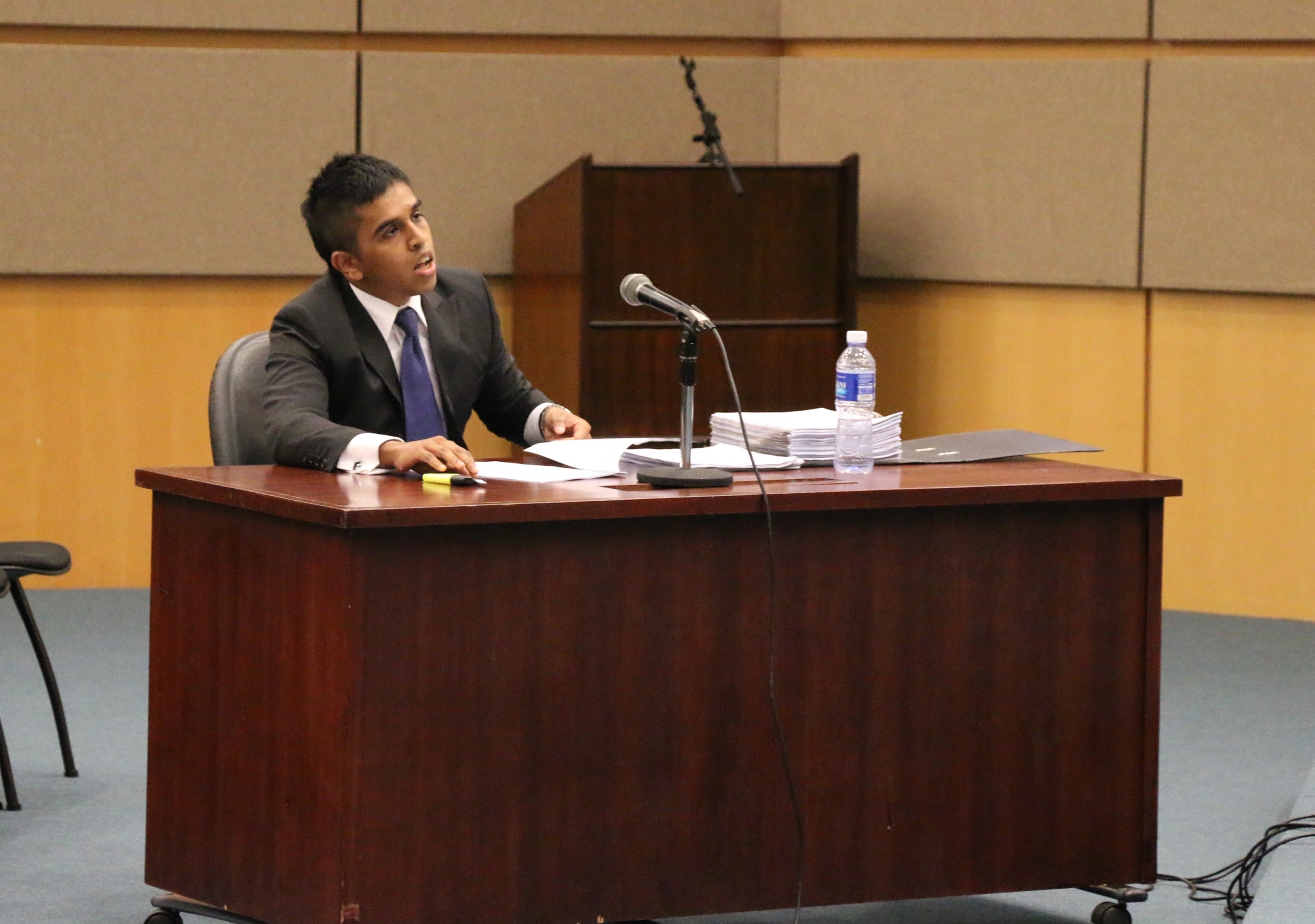 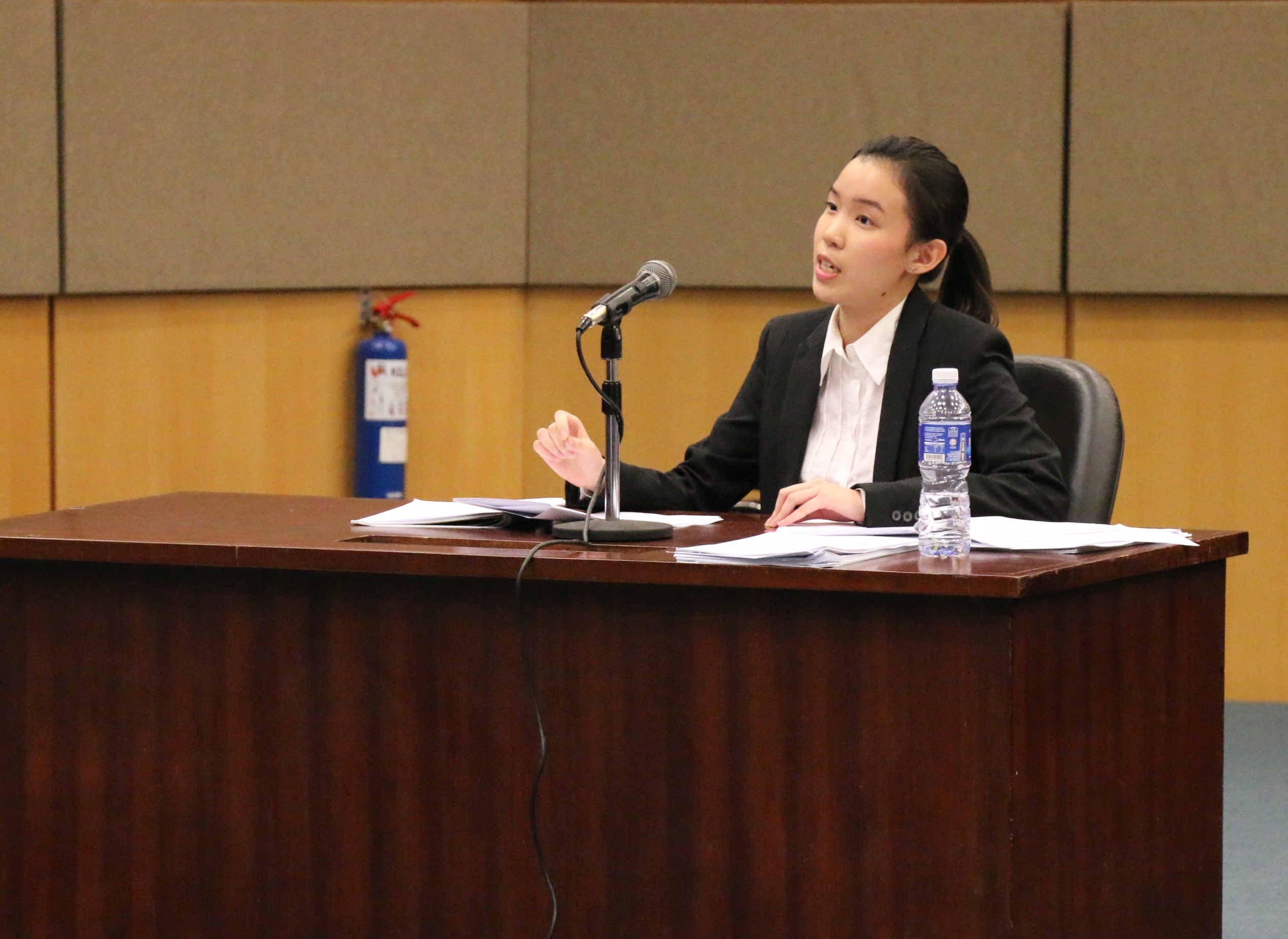 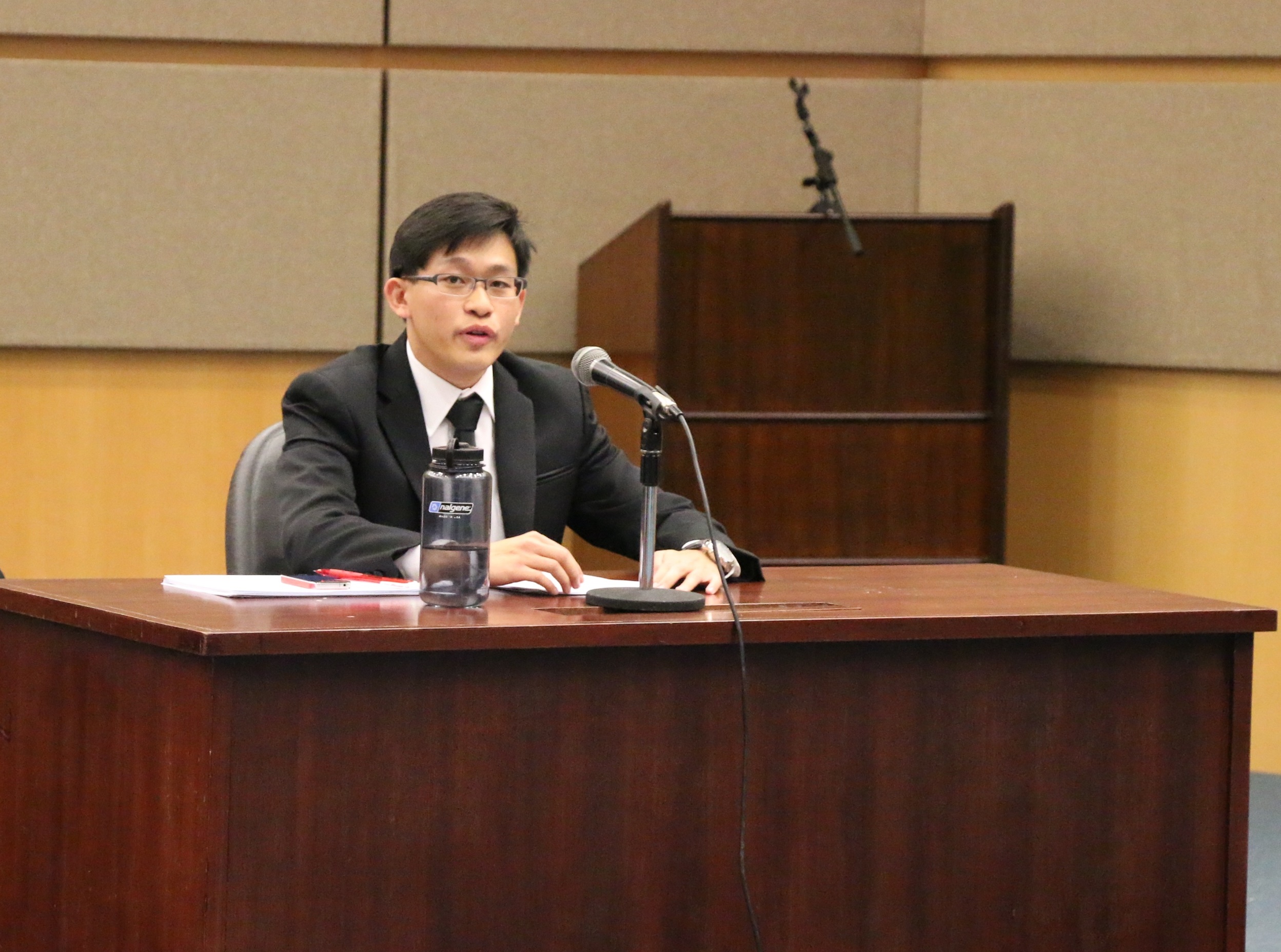 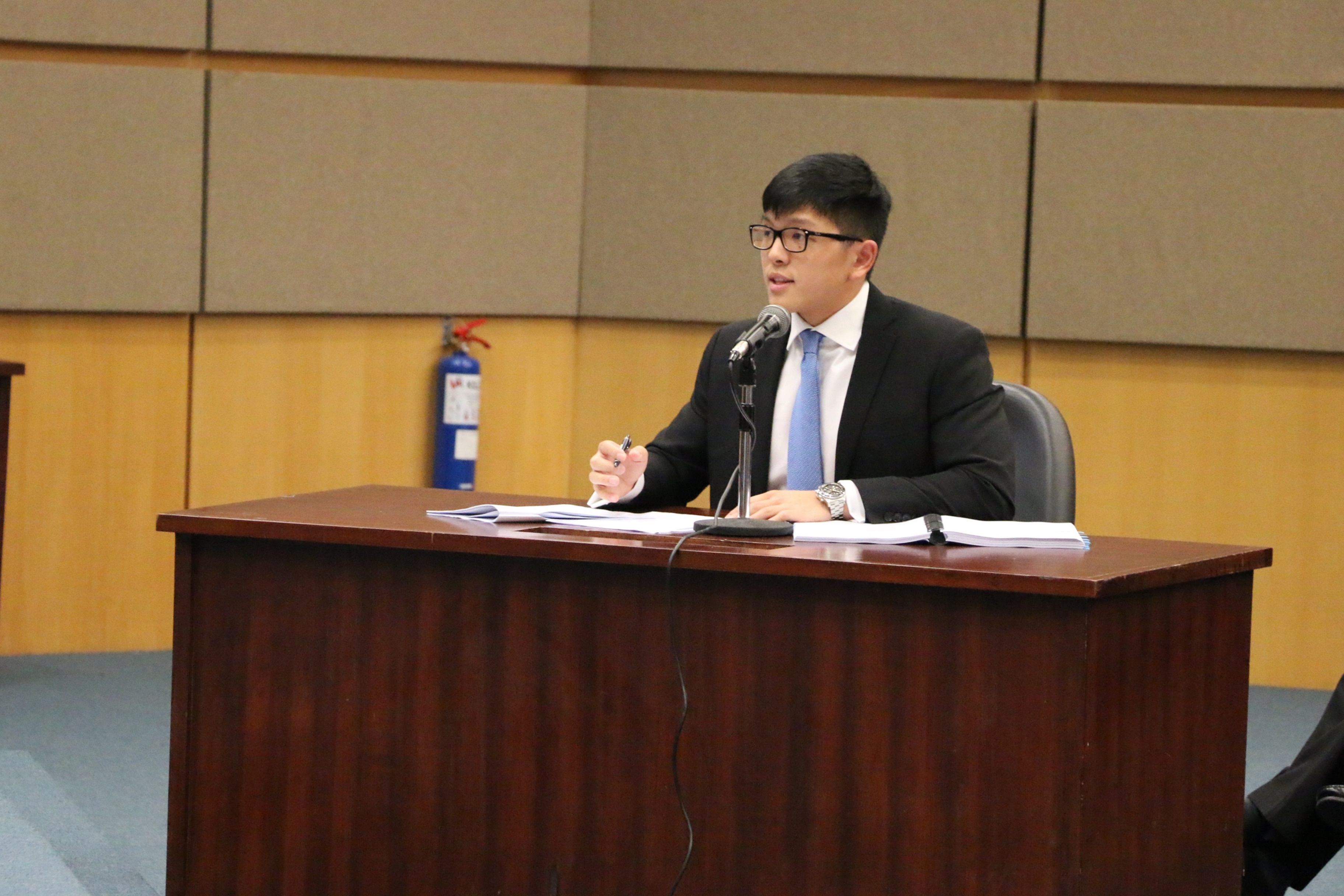 Before such a impressive panel, the contestants were understandably nervous (more than one pair of trembling hands were spotted), but as a testament to their oration skills and proficient mastery of nerves, all four mooters agued with remarkable confidence and parried the torrent of questions from the panel with poise and grace.

The panel thoroughly grilled the mooters on the applicability of implied terms, existence of  a duty of good faith, conditions of unilateral and common mistake as well as rectification. For the most part the mooters gave as good as they got, citing judgments made by members of the panel themselves as highly persuasive authority – which were quickly disavowed by the respective arbitrators, much to their disappointment.

All in all, the two rounds of intense mooting left many a Year 1 staggering to follow as they furiously tried to recall everything about implied terms, at the same time marvelling at how quickly they managed to forget everything they learnt in the Mistake tutorial not too long ago.  By the end of it, many were quite happy to just sit back and admire their very competent seniors. Some were overheard fervently praying that Prof El Wong would not be destroying them like this in a month’s time.   Spotted, too, were several overzealous students from the neighbouring college, in uniform, though one would legitimately wonder whether they caught anything at all. Presumably some kind soul warned them to never enter law school because they promptly scuttled off after the results, before we could take a picture with them. 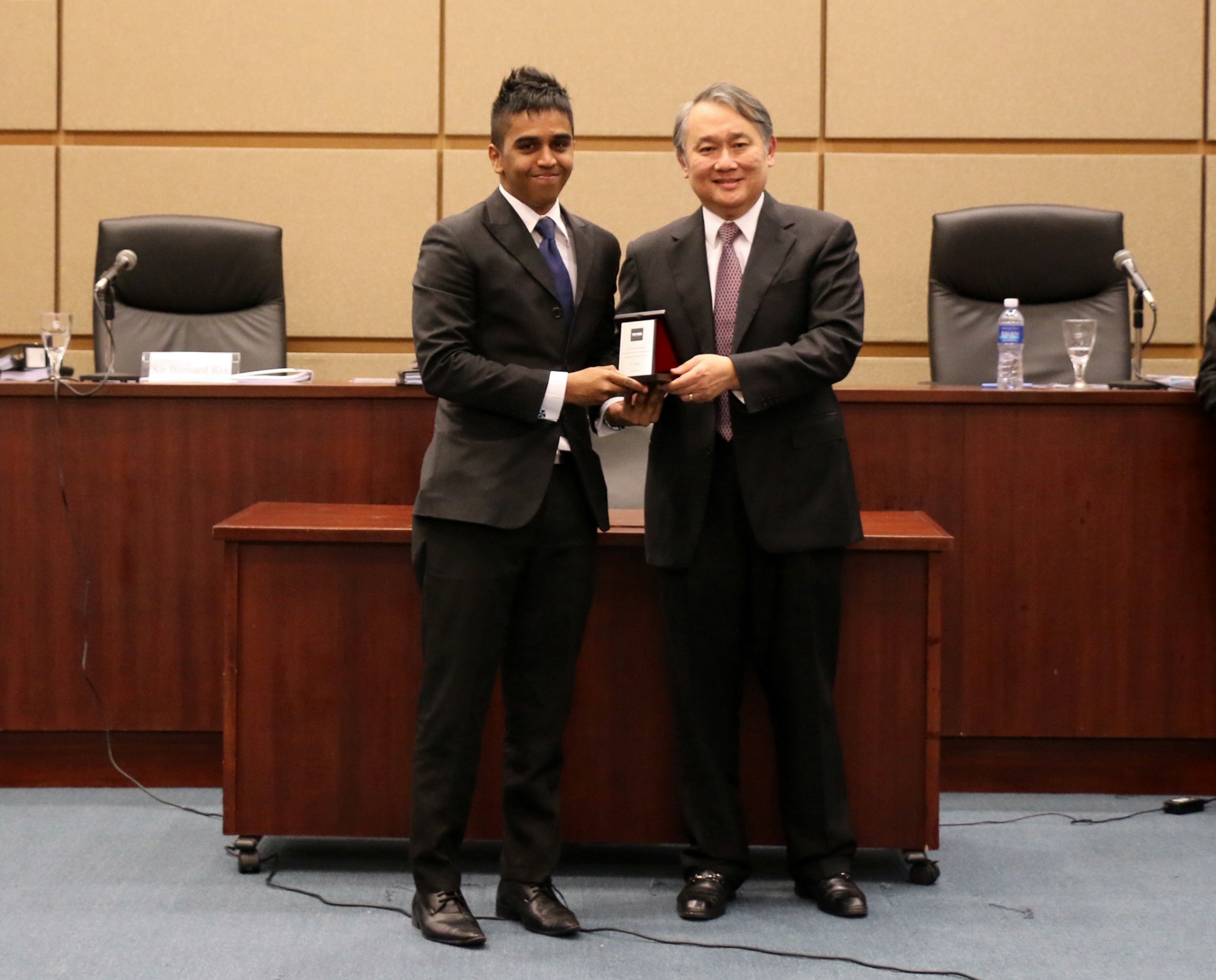 Eventually, the panel had to make a tough decision, and after much deliberation they awarded the top position to the candidate they felt came across most confident: Hairul Hakkim. Coming in a close second was Douglas Wong, followed by Chua Yong Quan and Chui Li Wen tied in third. 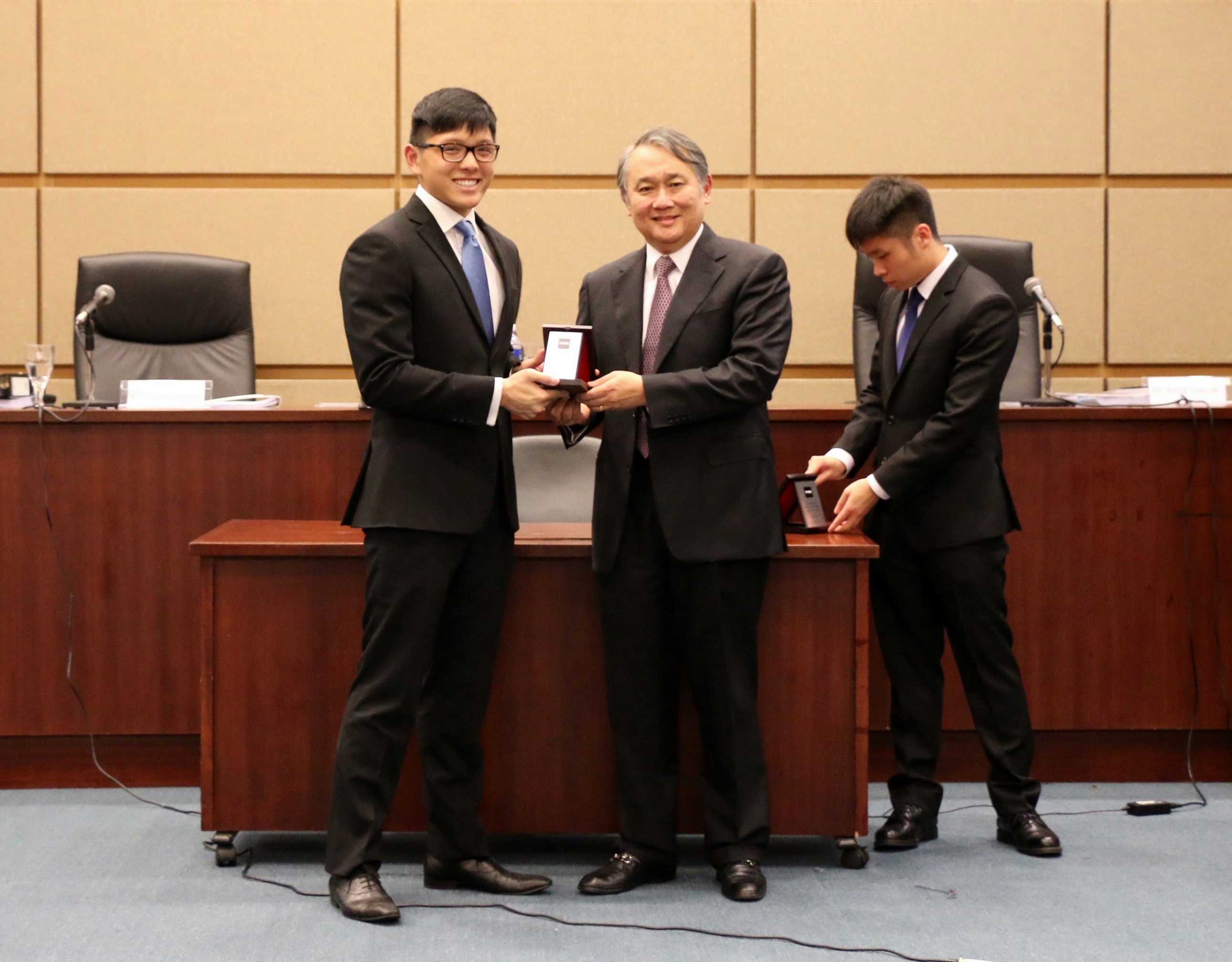 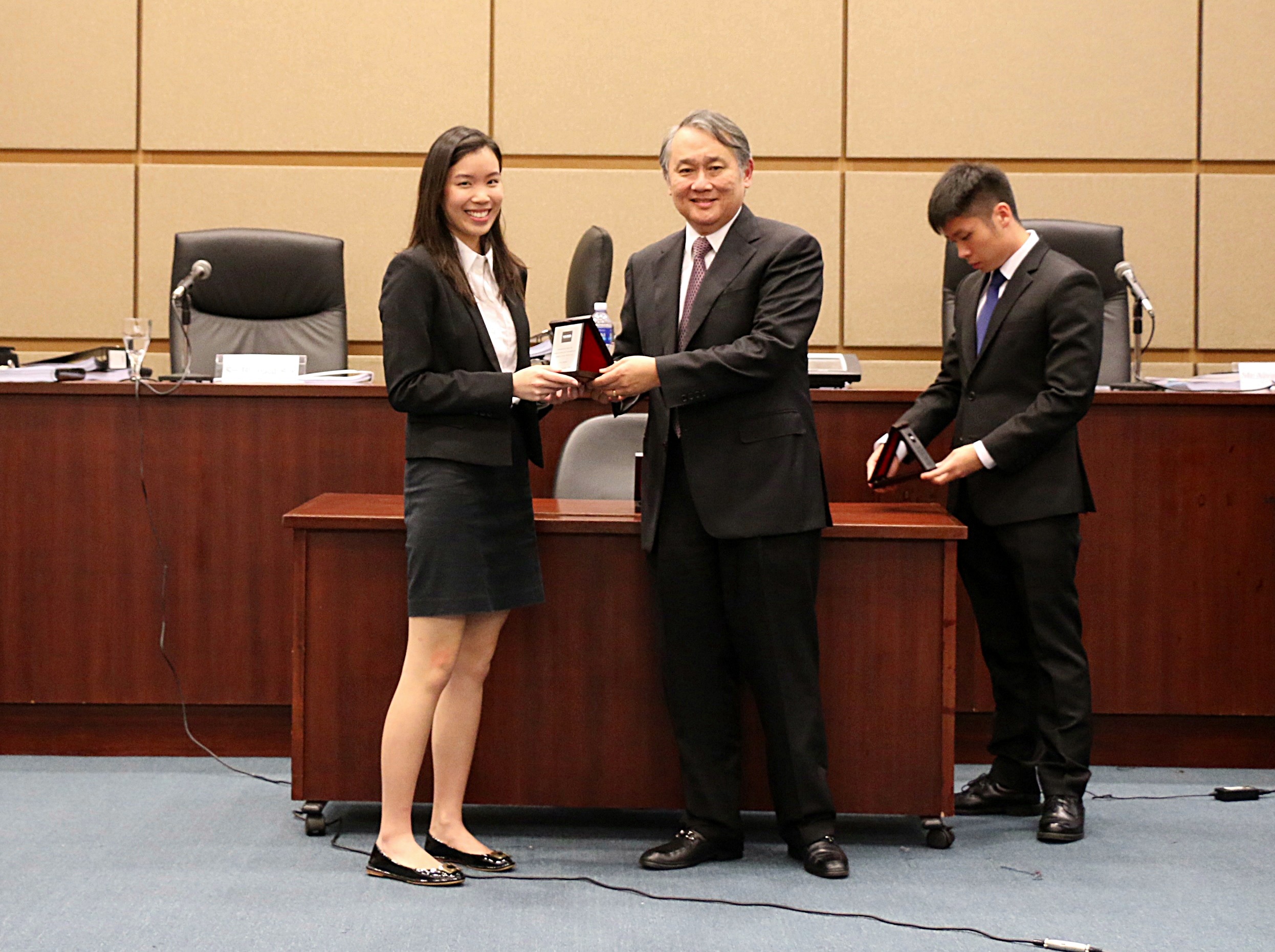 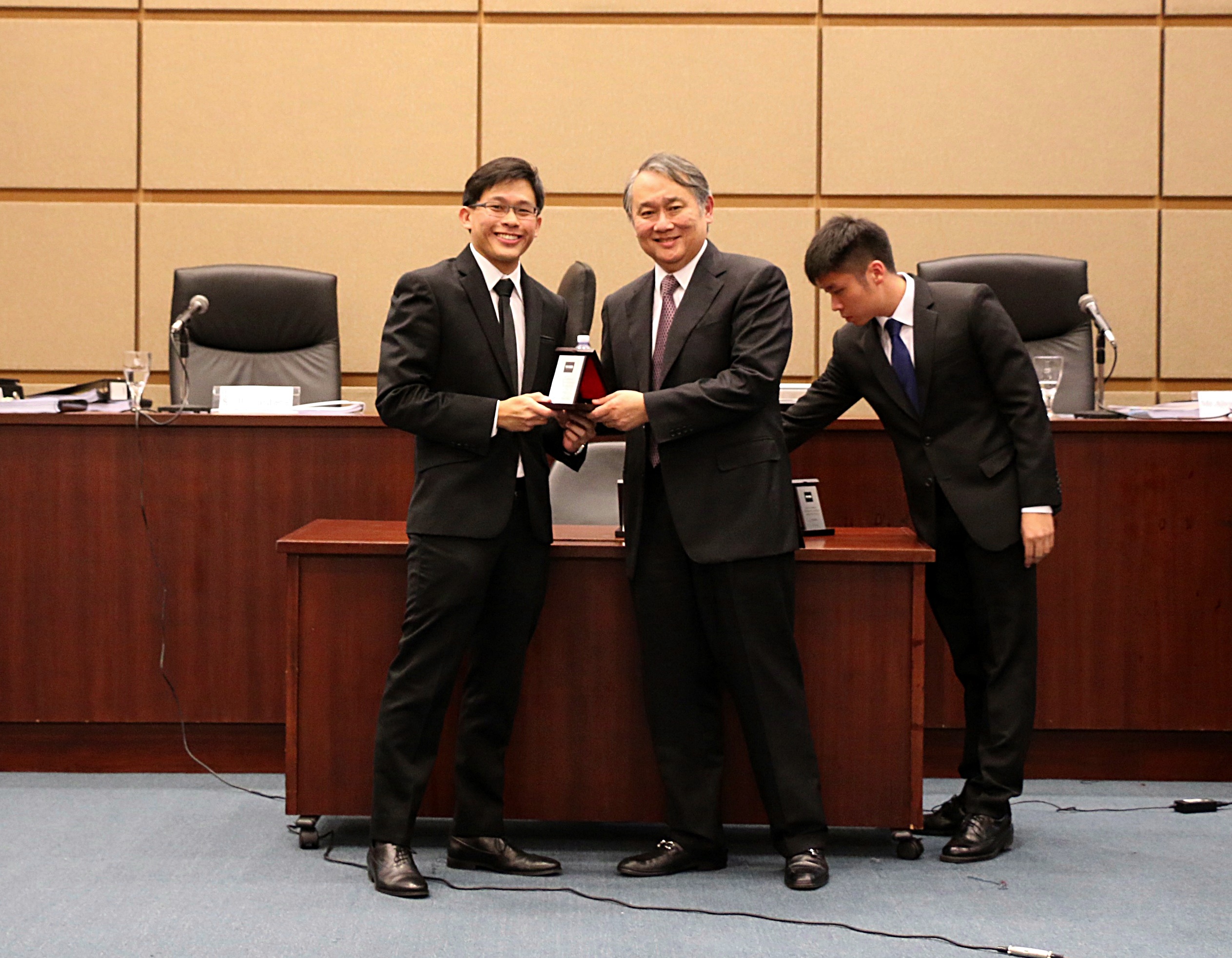 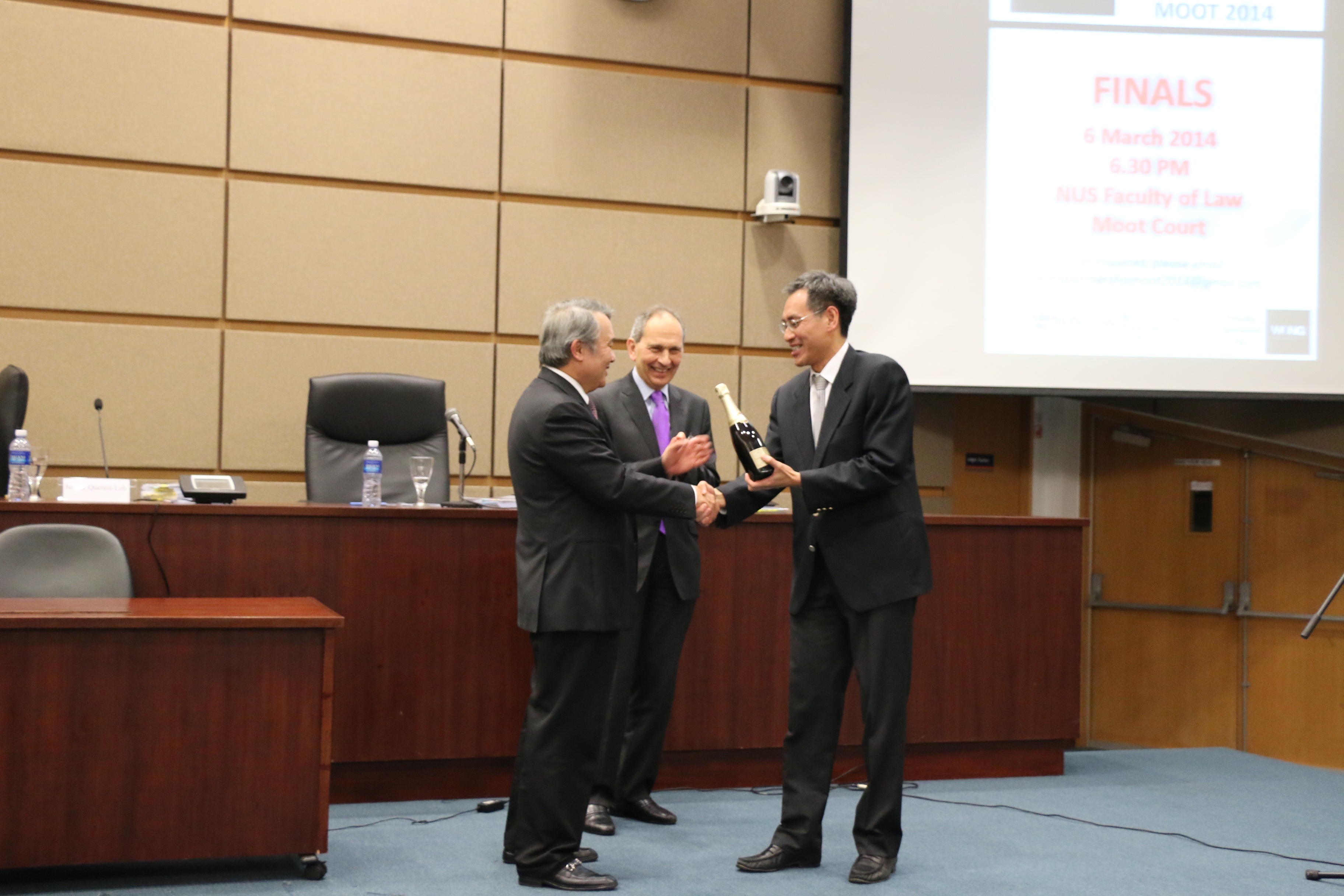 Finally, the panel congratulated themselves on an arbitration well judged and made plans to share this bottle of wine.