Beer Market - All the Ingredients for a Good Night 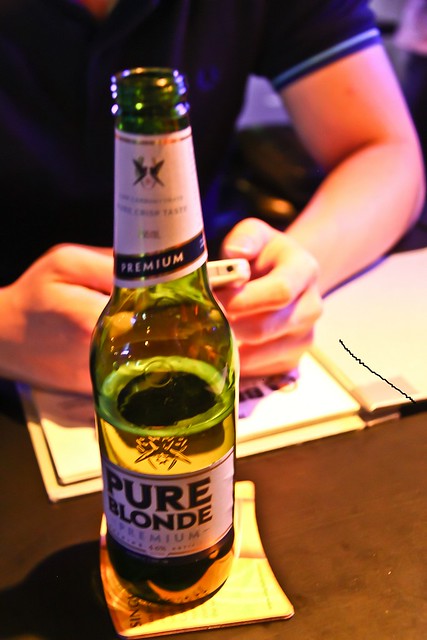 When you need to unwind and loosen up, few things in this world can compare to the simple joy that is a nice cold beer. Throw in some hot wings, a live band and the company of some good friends, and I would call that a pretty good Friday night.

Personally, I can be rather picky about my beer. Some days I feel like a Hoegarden. Other days an Erdinger. When my day has been particularly rough, maybe a Corona. Unfortunately, not all establishments carry such a wide variety of beers, maybe only 7-8 brands at the most.

If you’re a beer snob like me, your prayers have been answered. Beer Market offers an absolutely amazing variety of beers, catering to your mood for the night. What really drew me in were the stock market-esque screens spread liberally throughout the premises. Every brand and type of beer is ‘listed’ on the beer exchange. Every half an hour or so, the price of the beer fluctuates up or down, depending on the trend and consumer demand. 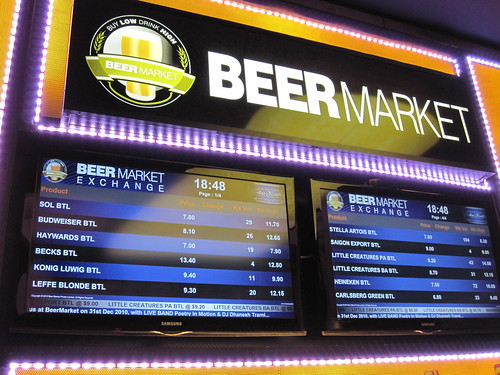 Why I can never work in the stock market

At one point, my friends and I were faced with an agonising decision – to buy or not to buy? The beer we wanted had already fallen by $0.80 in the past cycle, with the prices due to change in the next 2 minutes. After a short but intense debate, we voted to wait for the next cycle, anticipating an even more drastic drop in the price. Alas, we were wrong; the price rose by $1.50 instead.

Still, the system is a breath of fresh air, and buying your favourite beer on the cheap gives you a cheap thrill (read: kiasu). The beer exchange really spices up nights with your buddies.

Of course, drinking on an empty stomach is far from ideal. And what goes better with beer than wings? Beer Market serves both Spicy Buffalo Wings and Honey Glazed BBQ.

I would like to take a moment to unabashedly rave about the honey glazed wings. With the honey giving it a slight tinge of sweetness, the tender flesh beneath was soft and juicy. I was probably the one in my group who ate the most wings. Beer and chicken – I was in heaven.  In other news, I can no longer see my 6-pack. (Editor’s Note: You had sixpacks? The sixpack shortcuts on Youtube really worked huh? Oh, you mean a 6-pack carton of beer.) 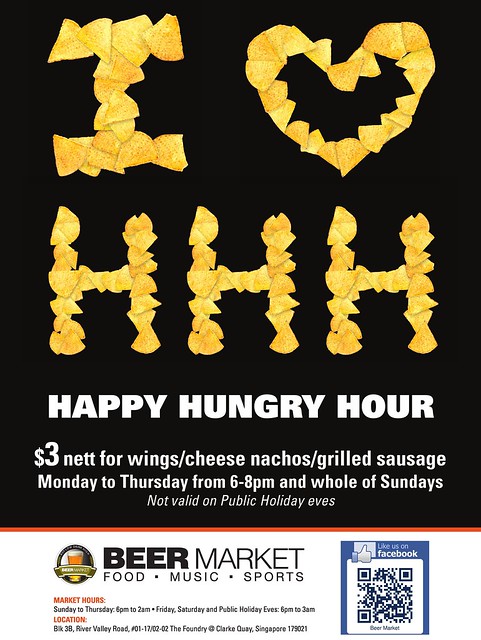 From 6-8pm on Mondays to Thursdays, and all day on Sundays, Beer Market has a Happy Hunger Hour and these wings go for only $3 for a plate of 4 – a bargain by any standards.

Of course, no night is complete without music, and Beer Market was no exception. The band playing that night serenaded us with their covers of the latest songs. (The lead singer reminded me of a young Ros from 987)

When we requested Oppa Gangnam Style, the band surprised us by rising to the occasion, delivering the best rendition of Gangnam style I have ever heard. We tried convincing Adriel to dance, but he was as equally smitten with the wings as I was.

After a long day interpreting statutes and cases, consider Beer Market your final stop before you wind down for the day.

Good food, booze and music, all at affordable prices. What’s not to like? 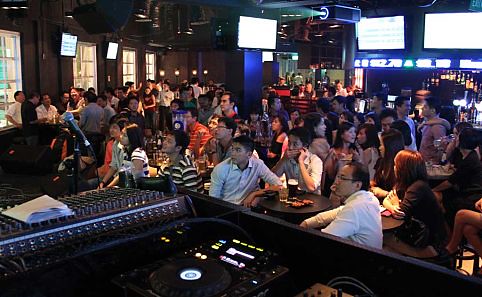 The fun doesn’t end with our JustOne party though, come 27th October, Beer Market will be hosting a Halloween event with drink specials and incredible guest performances.

Beer Market and the Kingdom of Crystal Skulls promises a free airbrush and makeup artist from 9pm till 11pm (free glamour shots anyone?) and entertainment by the likes of Queen Melissa of Elusion and DJ K.  If you want to beat the queue, $260 allows entry for 4 and includes a bottle of Crystal Head Vodka.

I’ll see you there! 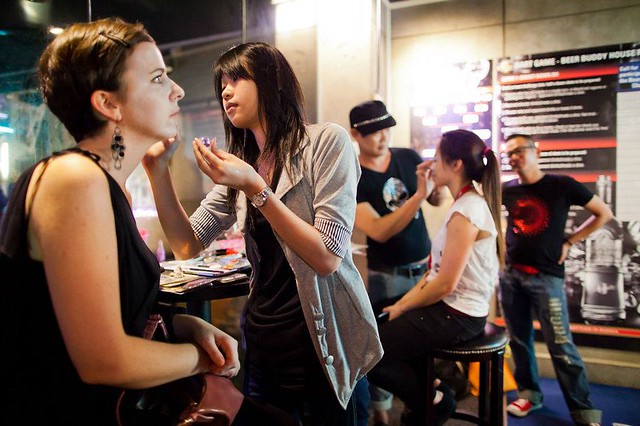 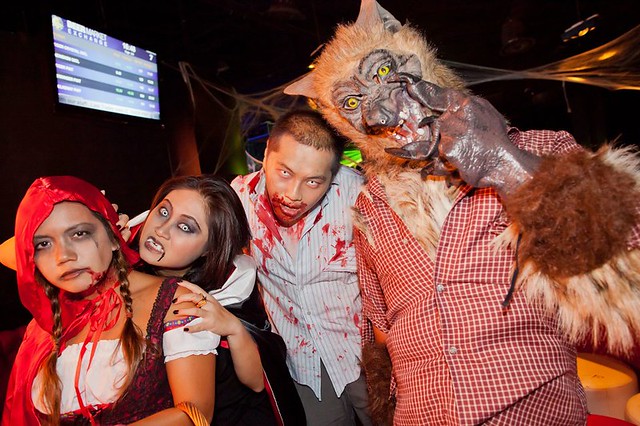 Editor’s Note: We all know that’s quite tough to argue voluntary intoxication as a defence, so do remember to drink responsibly everyone!