The Stamford Law Corporate Moot Finals were held for the first time on 17th October 2012. The issue at hand was deceptively simple — the question was one of intention. But as anyone who has sat through a Criminal Law class would know, intention is not what it seems to be. And it was on this issue that both pairs of participants sparred.

In this unbelievably unfortunate case, two university students carried out research for their module on basic stock trading and inadvertently rigged the market in the process. Not only does their research paper fare disastrously, the two students end up being charged for market rigging pursuant to section 197(1) of the Securities and Futures Act (SFA). The issue was whether mens rea is necessary for liability to be made out under the third limb of S197(1) of the SFA.

The first pair of participants, competing for third and fourth placing, comprised Stanley Tan (NUS Law 2) for the appellant and Ching Meng Hang (NUS Law 2) for the respondent. Mr Daniel Chia, Mr Justin Yip and Ms Charmaine Fu of Stamford Law Corporation were the judges for this round. 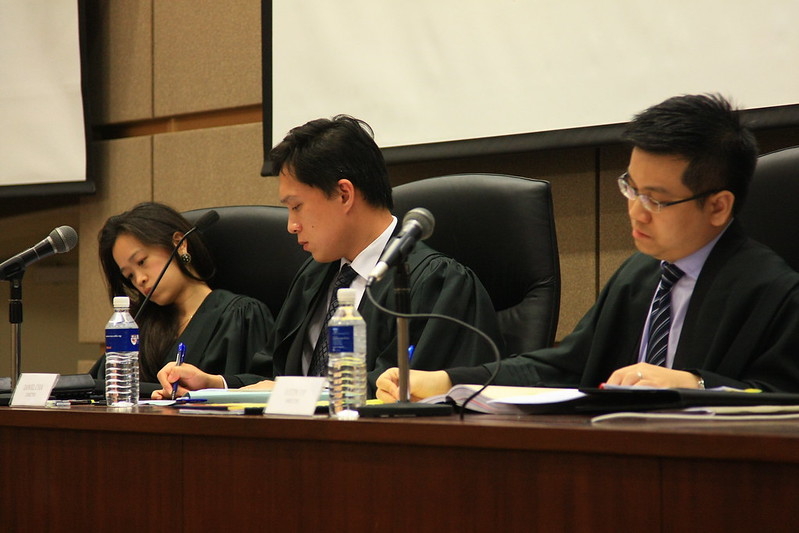 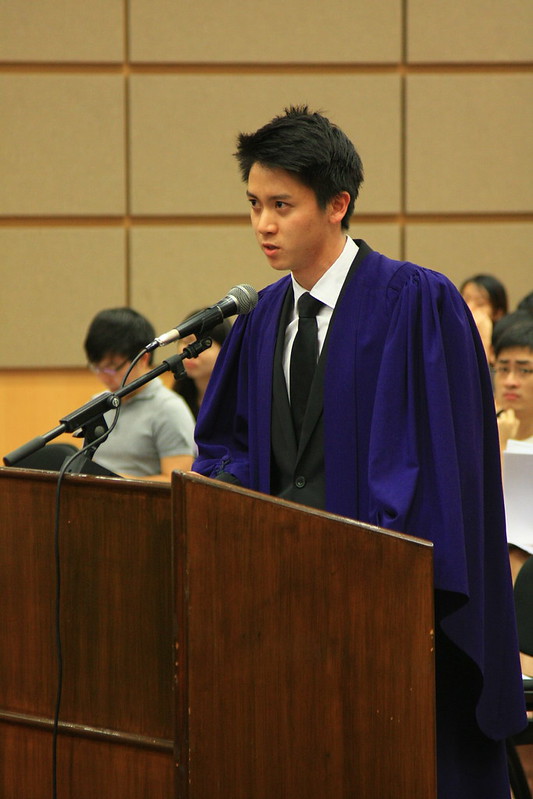 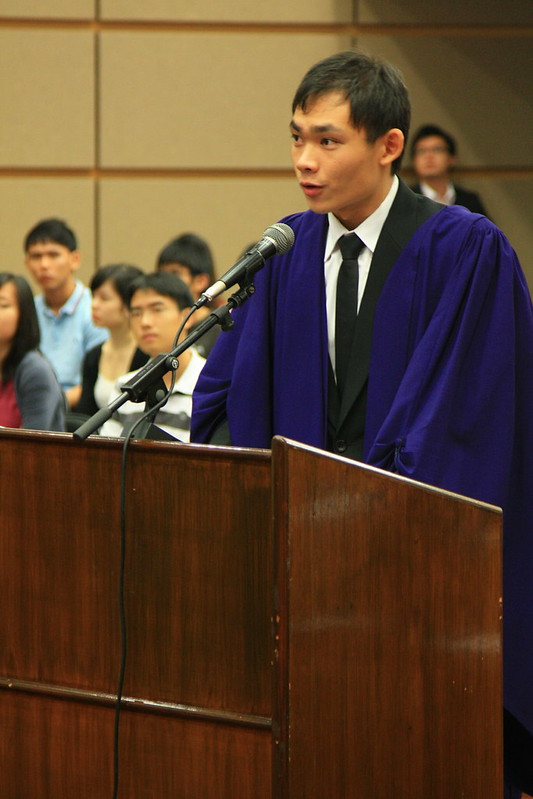 The second pair of participants, competing for first and second placing, comprised Wesley Chan (NUS) for the appellant and Naveen Ishar Lulla (NUS) for the respondent. For the grand-final round, the participants were judged by Mrs Lee Suet Fern, Mr Tan Chuan Thye and Mr Bernard Lui. 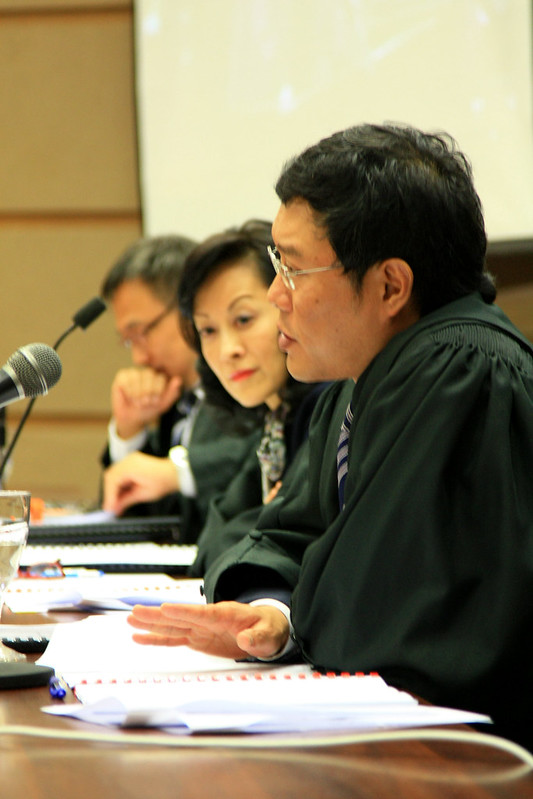 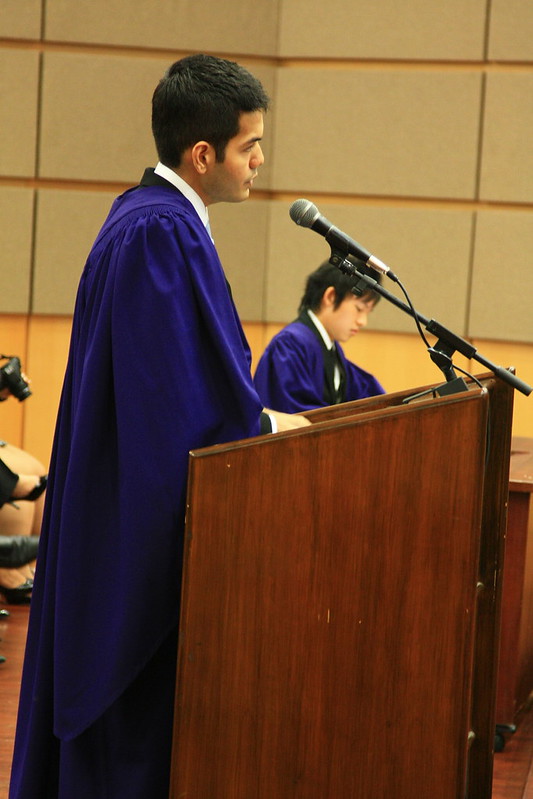 First Runner-Up, Naveen Lulla: “This [clarification sought by the Court of Appeal] was actually read out in Parliament just two days ago.” Someone’s been doing his homework…

In this writer’s assessment, the moot was mostly smooth going, with occasional questions and nods of approval from the Bench. Mostly, being the operative word. Unexpected drama surfaced in the second half, when it seemed that there was a turnabout regarding the respondent’s submissions. Wesley Chan for the appellant was visibly shaken, but recovered admirably quickly to deliver a solid rebuttal: 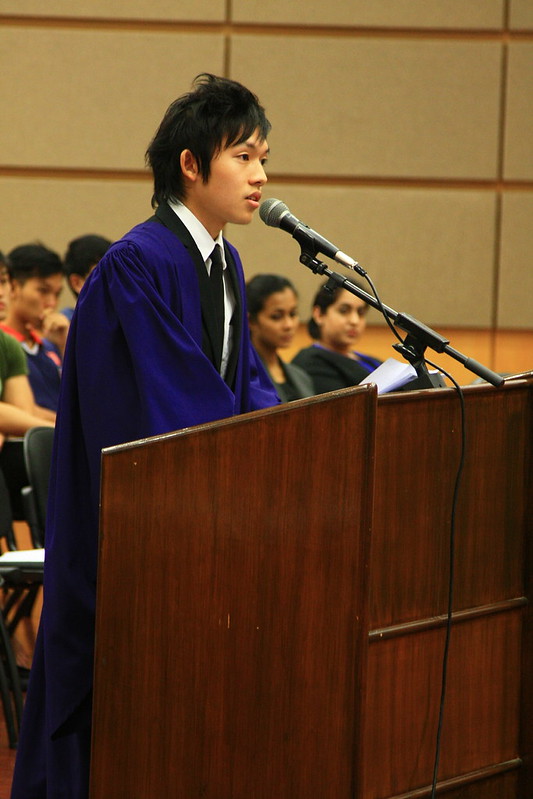 “Even though my opponent seems to have changed his position (from those in his written submissions), I will attempt to address this…”

This tactical turnabout by the respondent was humorously described as “cunning” by Senior Director Mrs. Lee Suet Fern, and also garnered positive feedback from the judges:

“…[was a way of] turning the appeal on its head and arguing the limited effect of the finding of intention and of knowledge…actually a clever way of neutering a difficult situation; no one likes a strict liability offence, one of the difficulties of [such an] offence is that the consequences are so great that anyone would instinctively be against a finding of strict liability…quite impressed…”

First Runner-up Naveen Lulla also scored points for his up-to-date information, with Senior Director Mrs. Lee Suet Fern sharing that Stamford Law Corporation had in fact made significant recommendations that were taken into consideration by Parliament in their drafting of the Bill.

Overall, the judges were filled with praise for our promising mooters. This writer lost count of the number of times “impressive” was used to describe both the mooters’ mastery of material as well as their proficiency as speakers.

Recognition was also given to the hard work invested by the mooters, with one of the judges profoundly stating “hard work frees you from the security blanket of your notes”.

Finally, the much anticipated results were announced. The Best Speaker award was presented to Wesley Chan, while the First Runner-Up was Naveen Lulla. Second Runner-Up was awarded to Stanley Tan and Third Runner-Up went to Ching Meng Hang. Annette Liu also clinched the Best Memo award. (All mooters were from NUS, Year 2) 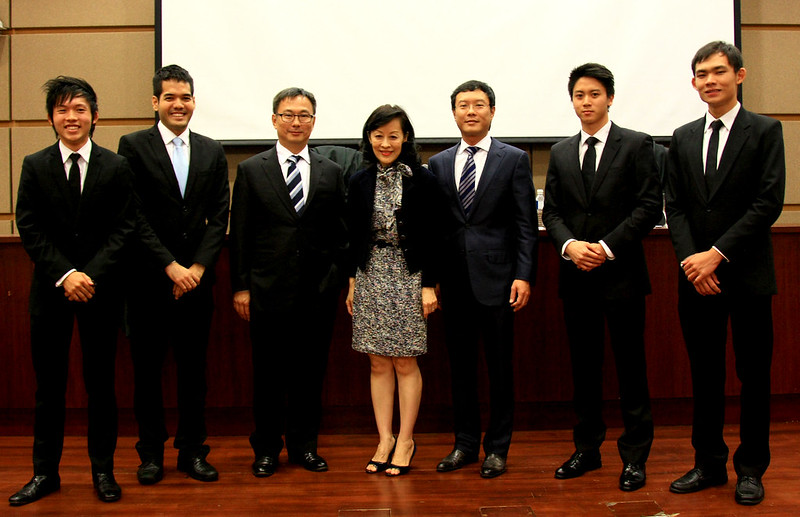 With that, the Stamford Law Corporate Moot 2012 came to an end, and the audience adjourned to the sumptuous reception that was promised. Like the mooters, the reception deserved much praise, with delectable offerings including cheese scallops, fruit tarts, and the classic favourite – chocolate éclairs.

With such great entertainment and great food, the Stamford Law Corporate Moot Finals was indeed a moot worth attending. 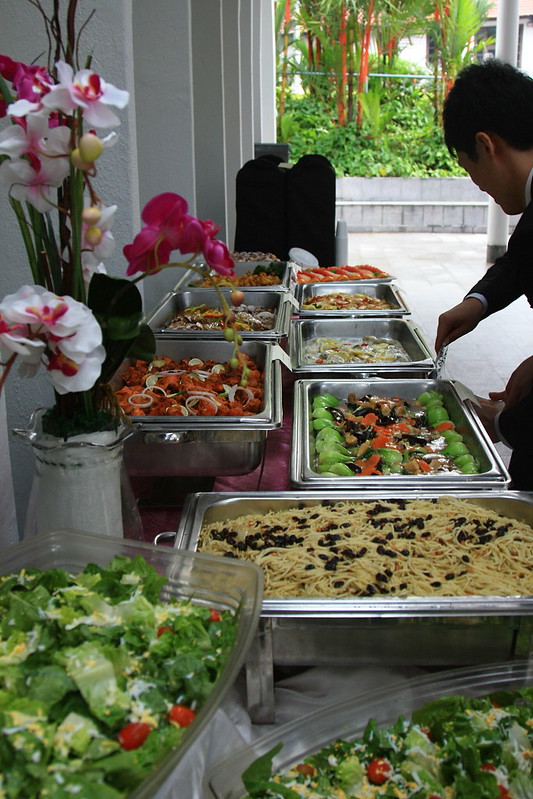 Photography by Eddee Peh (Year 2), courtesy of the Mooting and Debating Club.


Beer Market - All the Ingredients for a Good Night