Every year, first years spend weeks and weeks preparing to “please the court”. After the culmination of this preparation, five outstanding mooters are chosen to go before real judges and practitioners to test their mettle. It is a display of linguistic mastery, intimate knowledge of the law, and if that isn’t enough, there’s free beer and food.

Read on and find out what went down in the Dentons Rodyk Moot because you were too busy mugging to actually attend, but still chose to take food anyway. 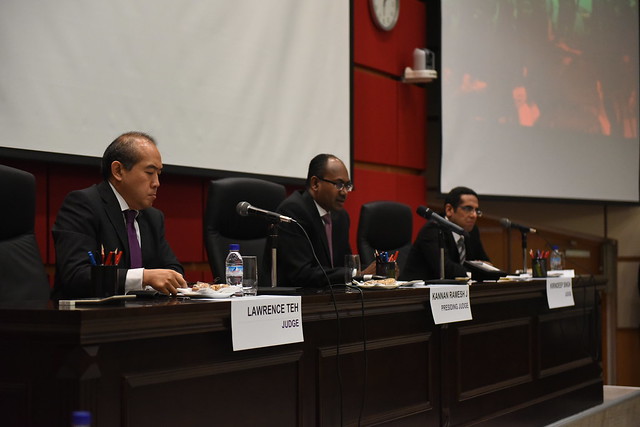 From left to right: the Coram comprised Mr Lawrence Teh, the Honourable Justice Kannan Ramesh and Mr Kirindeep Singh.

The Honourable Justice Kannan Ramesh is a current High Court Judge and author of “Getting the Deal Through — Restructuring and Insolvency”, published in 2010.

Mr Lawrence Teh is a senior partner at Dentons Rodyk Litigation and Arbitration Practice. He is also the chairman of the Alternative Dispute Resolution (ADR) Committee at the Law Society. 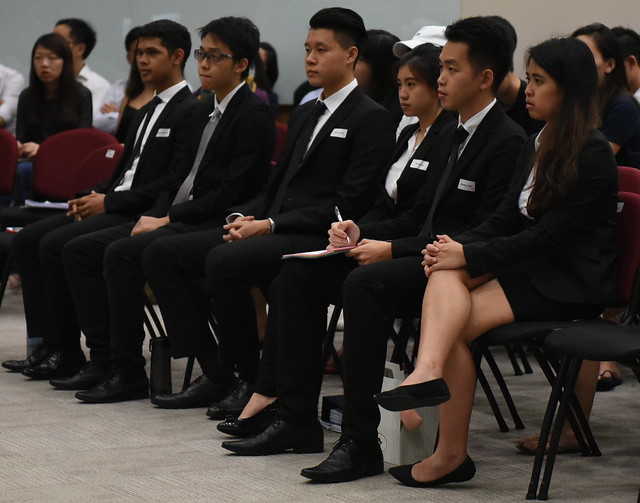 Ready to please the court.

Darren Sim acting for the Respondent 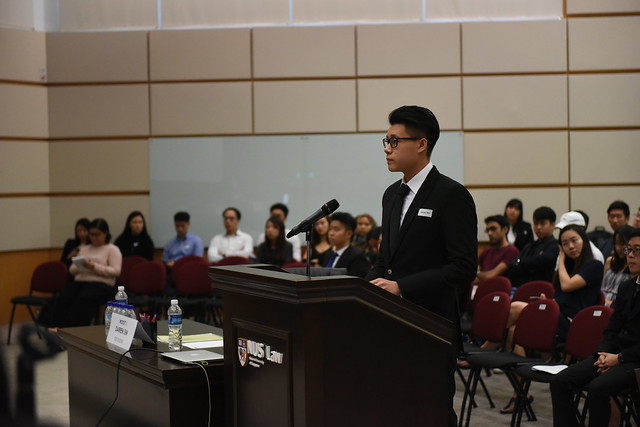 As Darren Sim finished his LARC moot, Associate Professor Eleanor Wong remarked: “Darren, charming as always.” Yes. Darren. You know him. Perfectly groomed hair (this may or may not be genetic, further investigation is required). Impeccable sense of fashion. Winning smile. And the guy just has a way with words.

This smooth operator was on show again during the opening of the Dentons Rodyk moot, charming the judges and the audience with his submissions. It seemed that the judges were so charmed that they did not ask any questions until 5 minutes in, but once it started it did not stop. However, Mr. Sim valiantly fended off the questions, giving us a glimpse of why they call him the “Smoothest Man in Law School”.

Joel Sherard acting for the Respondent 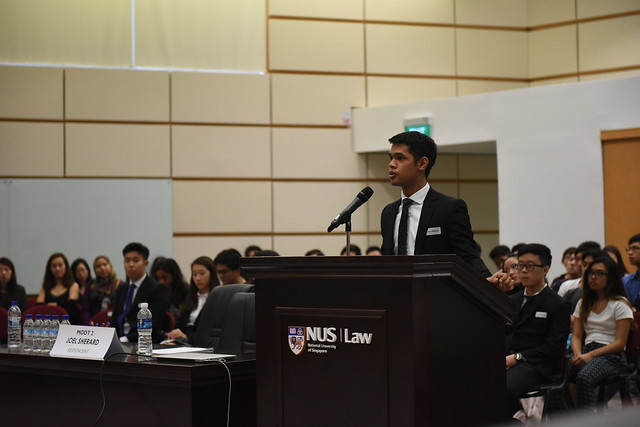 “My hands aren’t that small okay.”

MDC President Elect Joel Sherard has promised to make MDC great again, by building a wall and keeping LSIRC out. Despite the controversial policies, President Elect Sherard shares little in common with our orange skinned friend over in the United States, as he actually led by example, delivering a balanced and measure performance before the court.

Submitting some creative arguments to the Coram, President Elect Sherard handled the questions with poise and sophistication, even when the interrogation was at its most intense. With his pleasant demeanor, he was able to soothe the ruffled robes of the judges without having to turn to alternative facts.

Phillip Teh acting for the Appellant 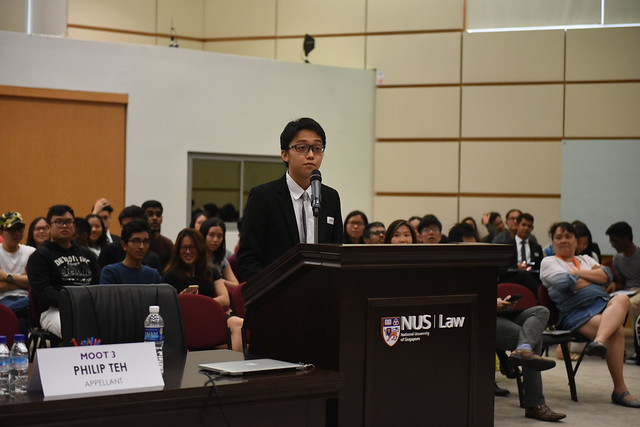 What we will all remember from this moot is Mr. Teh’s complete disregard for court procedure, as instead of the archaic opening of “May it please the court”, he shot a wink and asked the judges: “How you doin’?”

Okay, to be fair, that didn’t happen, but we all wish it did. Even though his opening was not as “banterous” as Joey Tribbiani, the rest of his performance was conversational and measured, even as the judges tried to throw him out of his rhythm. Throughout the moot, the judges continued to grill Phillip, but he held up well, maintaining his pleasant demeanor and not cracking under the pressure, displaying the confidence of a consummate mooter.

Stanley Tan acting for the Respondent 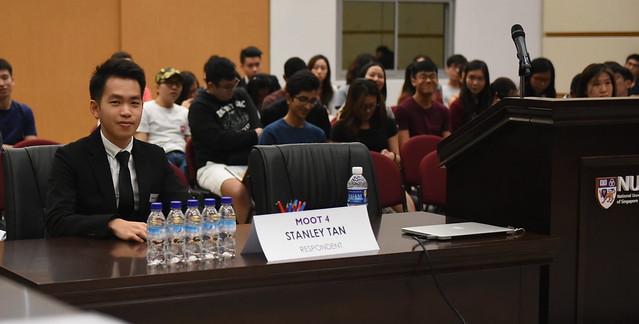 It’s always the quiet ones you have to look out for. Described as “unassuming” by his peers, this may actually be a good thing in a moot, since assuming is the fastest way to trigger a judge’s ire.

Despite this, the judge’s continued their intense questioning from the previous moot and drilled Mr. Tan with a litany of questions. However, Stanley stayed calm, and his preparation was evident from his answers. Even in dealing with the nightmare that is the Limitation Act, he was able to ease the Coram’s concerns with his knowledge and quick wits.

Fiona Ng acting for the Appellant 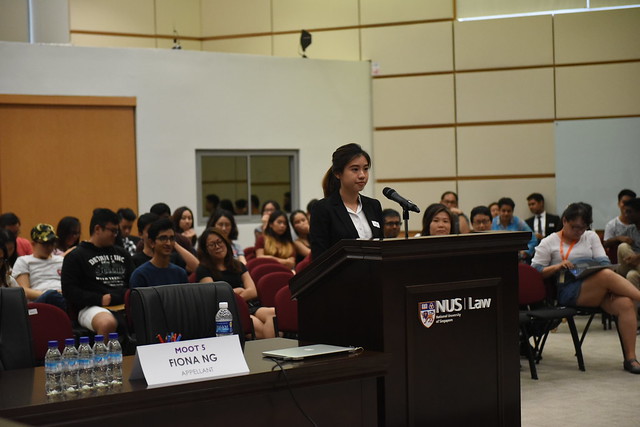 Staring down the Coram

With her incandescent smile and bubbly personality, no one would think that Fiona could be such an imposing litigator, but as the saying goes, it’s not the size of the dog in the fight, it’s the size of the fight in the dog. Ms. Ng had the fight in immeasurable quantities, and it was out on display for all to see.

Speaking with poise and conviction, Ms. Ng argued that Amos Ang (yay) had disclosed personal data about Benji Baker (ew), highlighting the dangers of social media and the world that we live in. At one point, a logistics error led to some confusion between her and the judges, however, with some quick thinking and smooth speaking, she was able to redirect the judges to her submission and finish strong.

After a short deliberation, the Coram delivered their judgment. Lucky for us, there was no dissent — neither was there a hundred paragraphs of obiter taken from a certain textbook. Justice Ramesh announced, one by one the results of the competition, with Fiona Ng and Stanley Tan taking home the two merit prizes. President Elect Sherard took home the second runner up prize, vowing to use it on the wall, as it turns out that LSIRC won’t pay for it. The runner up position went to Phillip Teh, leaving Darren Sim to win it all. 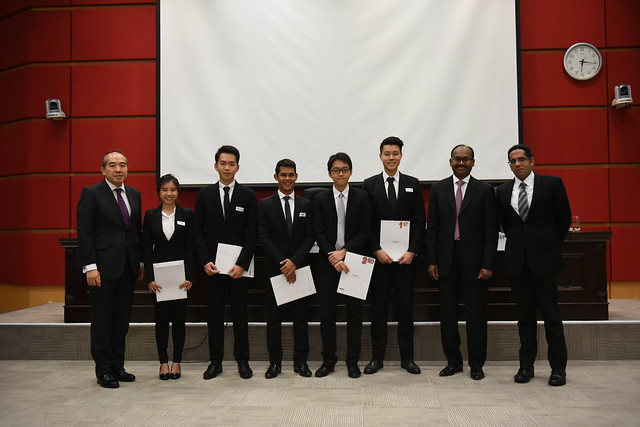 A big congratulations to all the participants!

Photography by Mooting and Debating Club