I’d always thought that Regina was just an ordinary name (think: Regina George from Mean Girls), but of course, that’s largely attributed to my atrocious knowledge of Latin.

The finalists had to deal with two main issues; firstly, whether the application for the mark “REX & REGINA” filed by Pens ‘R’ Us Pte Ltd (“PRU) is confusingly similar to the registered mark “KINGS & QUEENS” owned by La Compagnie Artiste S.A (“LCA”) pursuant to Section 8(2)(b) of the Trade Marks Act (“TMA), and secondly, whether the Application Mark “REX & REGINA” ought to be refused registration by virtue of Section 7(6) of the TMA on the ground of bad faith.

(Yes, Rex and Regina literally mean King and Queen in Latin… like I said, I really suck at Latin LOL.)

As the audience settled down in the moot court (it was a little hard to settle down, considering how everyone was brimming with excitement at the prospect of winning the lucky draw and getting a coveted internship at Gowling WLG’s Singapore office — but the lucky winner shall be a detail to be revealed later instead), the emcee Ling Yun (Y1) invited the esteemed members of the panel to introduce themselves and officially commence the moot finals. 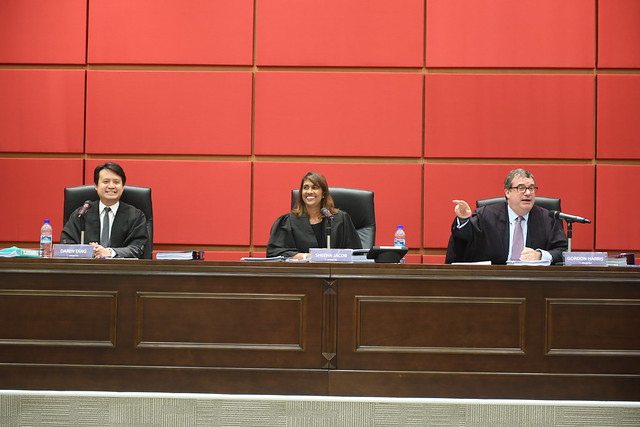 First up against each other were Uma and Ern Xu, who gave a frighteningly competent and skilful inception to the finals. Uma spoke with great confidence and passion for her client as she delivered her submissions on how there was no conceptual similarity between the two marks, and even if there was, it was unlikely to cause confusion to the public. After all, Latin is largely a dying language and consumers (like me) may not necessarily perceive “REX & REGINA” to be the equivalent of “KINGS & QUEENS”. She then substantiated this with statistical evidence of how only 5 Singaporeans speak fluently in Singapore, but this was not particularly well-received by the panel. Nevertheless, Uma wisely turned to her second issue to support her arguments better when gravely challenged, and demonstrated a fierce, unwavering determination at disproving the similarities between the two marks. 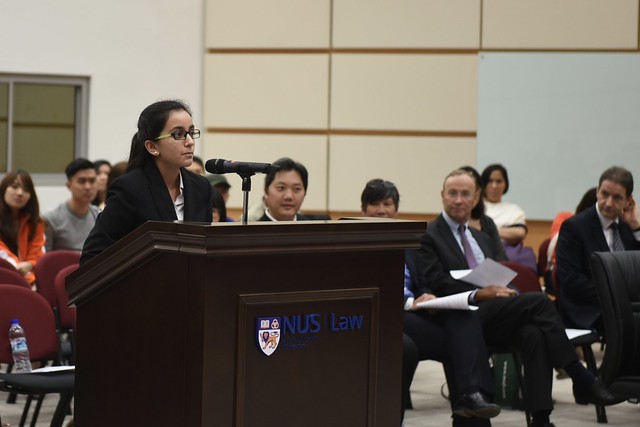 Following Uma, Ern Xu responded that there was much conceptual similarity between the two marks based on the underlying idea of royalty and class. He emphasised the importance of considering the public’s proficiency of Latin with a step-by-step approach, instead of simply basing it on numerical data, and raised precedents to further reinforce the importance of considering the consumers’ point of views. Things seemed to take a turn for the worse as the panel criticised his colloquial use of the phrase “circumstantial evidence”, but he responded to this calmly and light heartedly — that aside from the one instance where he referred to “ah bengs”, he did not intend any other colloquial use. The panel was evidently impressed by his ability to turn a seemingly adverse situation into such a brilliantly entertaining one. Eventually, when the panel asked if he was begging them to accept his evidence, his witty response was “yes, in good faith”. 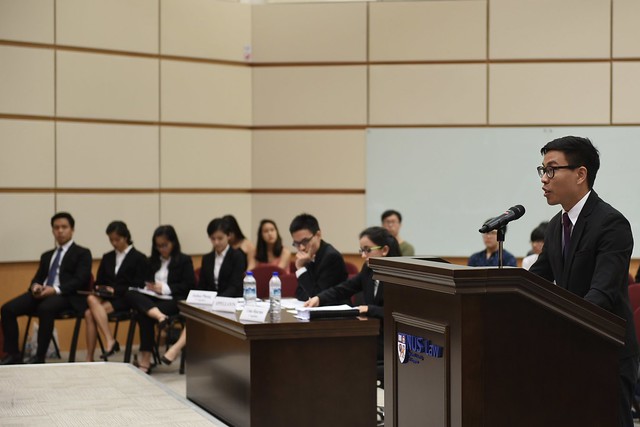 On the second issue, Joshua presented his submissions with great conviction and contended that there was no issue as to the subjective state of the appellant’s mind. He argued that that the exhibition of royalty was not unique, because even the well-known “Royal Sporting House” would imply some degree of aristocracy. In fact, this idea of royalty is one so commonly used in branding that it would be unfair to conclude that the Appellant must have adapted their Application Mark from the Respondent in bad faith. Though he was challenged at many points, he stood his ground bravely and continued to advance his arguments with admirable, valiant fortitude. 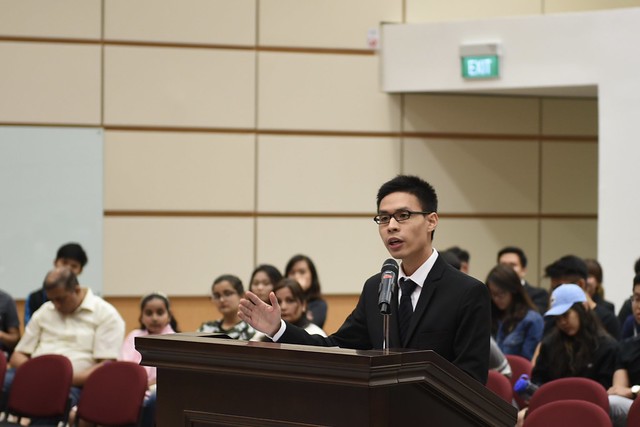 The next mooter appearing on behalf of the Respondent for the second issue was Nigel Na. In contrast, he appeared to be more soft spoken, but nonetheless proceeded to convey his arguments calmly and convincingly, with much elegance and grace. With his soothing voice, he proceeded to elaborate and lay out the law on bad faith comprehensively, and was quick to leverage on the dishonesty inherent in the Appellant’s conduct. The panel appeared to be displeased by inferences and less substantiated allegations — one of the hardest questions posed to Nigel was when he was asked to identify what exactly was so furtive about the appellant’s behaviour, but he was quick to respond with his evaluations of how subtlety ought not to be yielded as a defence. 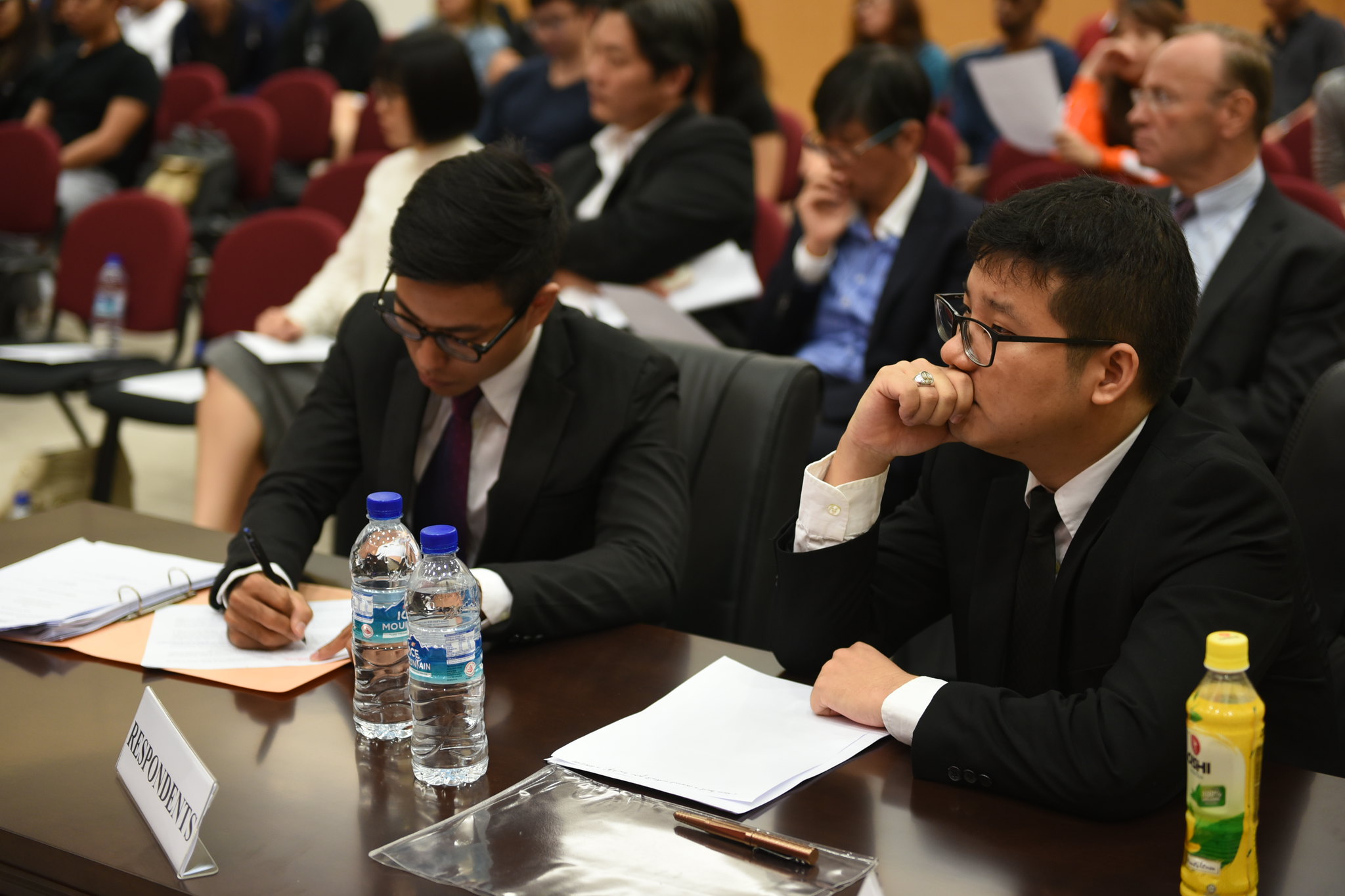 After the intermission, Ming Ren continued to spur on the excitement in the audience with his keen presentation and well-placed reference to the distinguished Justice Judith Prakash — to her, Latin would probably be a classic, but her expertise in this area ought not to be regarded as representative of the common public’s understanding. Despite the panel’s initial displeasure at his exclusion of certain evidences, they gave him the chance to move on to his other submissions and he was quick to bounce back with renewed vigour and resilience. Truly, his collected demeanour and ability to turn adversity into something advantageous were nothing short of impressive. 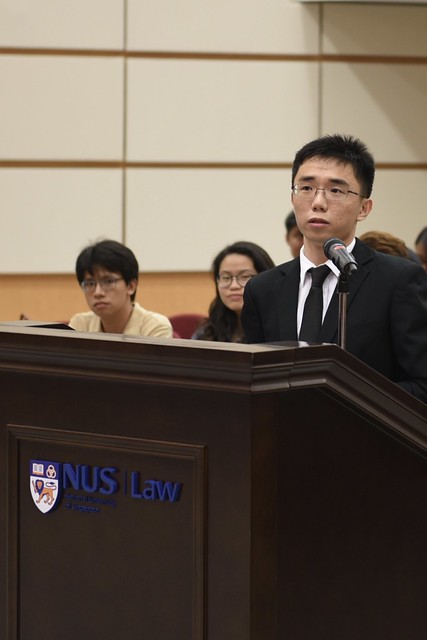 Next up against Ming Ren was Ryo Yap, who presented his submissions with fortitude that withstood even the panel’s apparent penchant for the most subtle and inconspicuous differences. He sharply pointed out that the linguistic difference was insufficient to exclude conceptual similarities in terms of meaning, and his solid arguments eventually culminated into a rather humorous comparison of rhythmic similarities — from making references to Marks & Spencer, Abercrombie & Fitch, and even the sponsoring firms themselves. Although the panel questioned him insistently on whether the slight time difference in the launching could cause the two marks to be associated with each other, he was unstoppable and continued to answer eloquently. No doubt, everyone was left impressed by his ingenuity to turn these counterarguments around to his advantage. 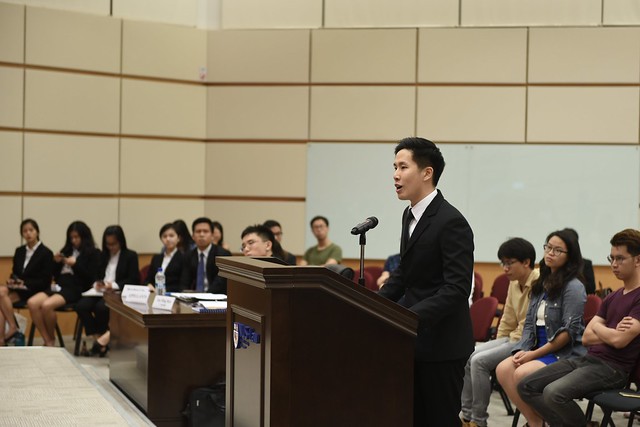 Meaghan was the next appellant for the second issue and she began by courageously chartering towards the opponent’s statutory declaration. Although one of the panellists suggested it was a rather “dangerous pastime” to engage in fact-matching, she nevertheless soldiered on and contended that it was not unconscionable to merely draw inspiration. In fact, being inspired was insufficient to establish that there was an element of bad faith, and it would be irrational to declare that the respondent owned a concept of royalty. With great conviction and passion, she continued to advance her points even though the issue was undoubtedly a very, very tough nut to crack. 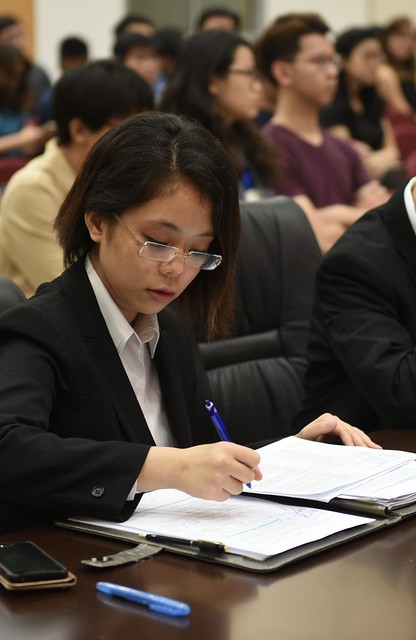 Finally, Joe Jee concluded the moot with a spectacular response to Meaghan’s striking arguments. He put forth an engaging exchange and impressive delivery, arguing that the courts ought to take a strict approach to any instances of dishonesty to allow for the development of a robust IP industry in Singapore. There were many moral overtones in his arguments as he intelligently drew connections to business decisions, and that based on the facts, the appellant must have intended to put itself in a position to take advantage of the respondent’s brand — all of these were certainly sufficient to constitute “bad faith”. 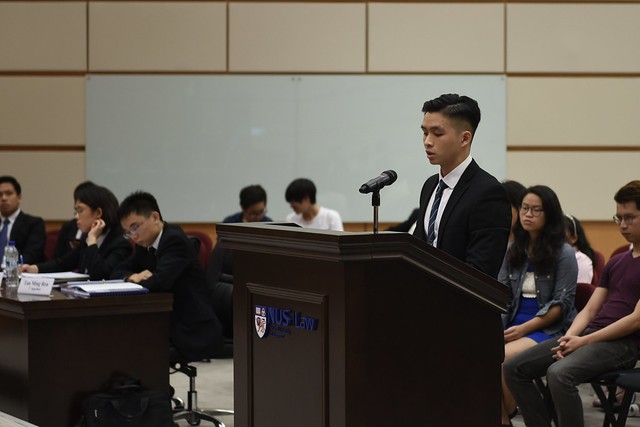 Eventually, with his astute arguments, incisive rebuttals and persuasive fluency, Nigel was crowned the champion of the night. Jo Jee emerged as first runner-up, and tied in the positions of second runners-up were Ryo and Ming Ren. 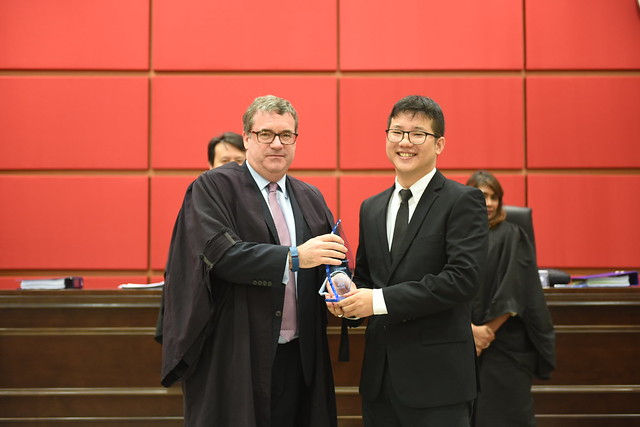 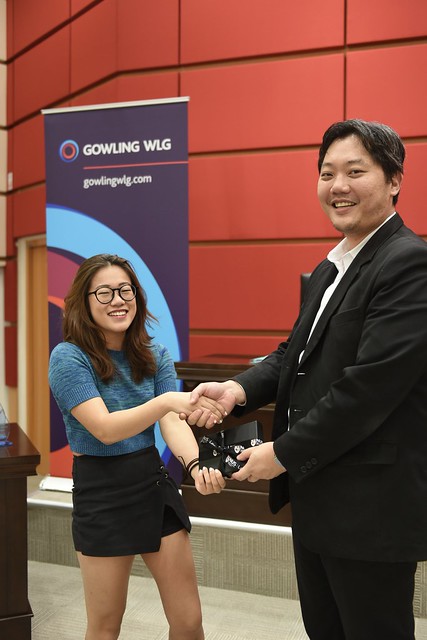 Overall, the panel was pleased with the presentations and Mdm Sheena Jacob praised the participants for doing a fantastic job at maintaining a cool and calm demeanour, even in pressurising and tight situations. Mr Gordon Harris also joked about how it was a delightful experience to have his other learned colleagues bow to him, while Mr Daren Tang reiterated the memorable slangs and thrown around the moot, which made it all the more entertaining.

Congratulations to all our winners at the Gowling WLG IP Moot 2017!