I looked forward to Law IV 2013 with great expectations. I had volunteered to write this article, and the thought of seeing my first artsy-fartsy review online thrilled me. 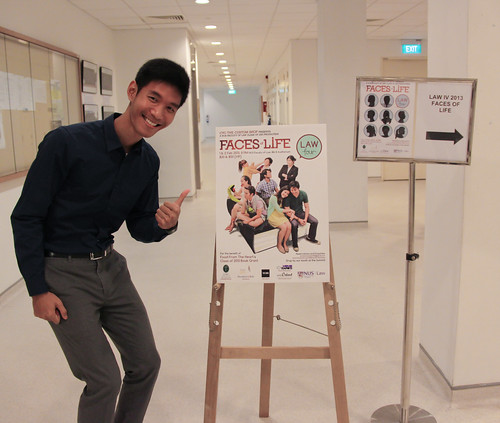 There were also many (less bimbotic) reasons for my excitement. First, there was much hype about this year’s Law IV, given Assoc Prof Eleanor Wong’s endorsement. Second, my imaginary and probably non-existent journalist instincts told me that the sold out Law IV 2013 was set to be a big thing.

Before the show, there was a VIP reception at the staff lounge. The reception was sponsored by De La CrÃ¨me, where macarons and other sweets caused much gushing by our photographer Jermaine Ng. 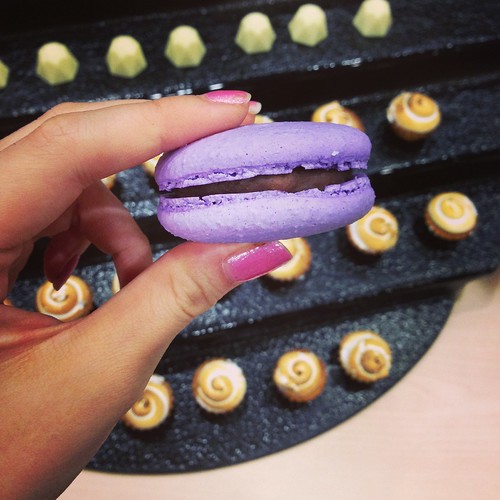 Soft, fresh, and not too sweet.

When we left for the show, I was having mixed feelings. It was sad to be reminded that there are still parts of Singapore where the sun doesn’t shine, but at the same time I was encouraged by the fact that the seniors were doing their bit for charity.

Medicine – medical negligence, literature – only can be teacher – Legum Baccalaureus by James Low

Law IV 2013 was a tremendously powerful and thought-provoking theatrical success. Briefly put, the plot followed the lives of several characters from the time they were considering law school until they graduated and started working. 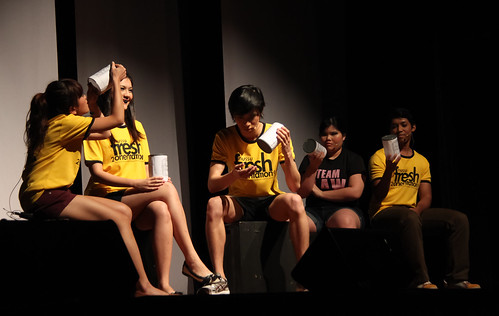 But the thing that held hostage my full attention was the question undoubtedly put to the audience by the scriptwriter: what of it all? As a Law IV 2012 alumni mentioned after the show, Law IV 2013 was very “relatable to law students”. In fact, I believe Law IV 2013 revisited three questions that every person (and not just an NUS law student or graduate) faces: why did I do the things I did? What am I doing now? What do I do next? 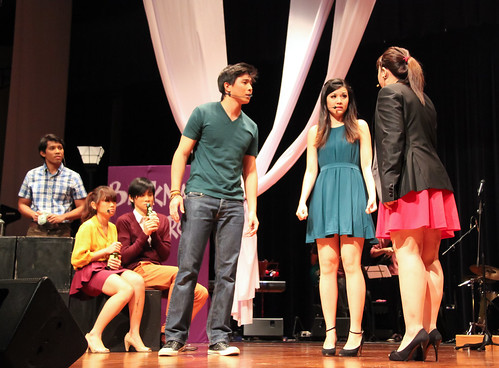 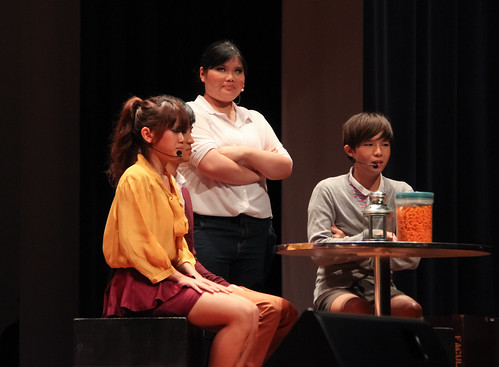 Portraying NUS law students grappling with these very real issues through an expert use of colloquialism, humour and raw emotion (even our Chief Editor said “there were a lot of scenes that were very tender”), I am confident that Law IV 2013 has made an impact on its audience that will last a long time.

And yet a script does not come alive on its own. During the show, I was also impressed by the effort put into the details. The actors were wonderful.They remained in character even while singing–even I know that’s not easy.

The props, costumes and use of stage space were carefully thought out and effectively utilized. For example, in a scene where there was a duet, the couple wore matching outfits. In fact, everything from the dancers to the band was meticulously planned and beautifully executed. 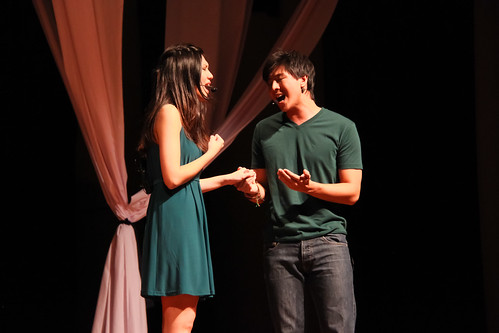 After the show, I ambushed our dear Dean outside the Auditorium and he was kind enough to give me some comments about the show. Be proud, Law IV 2013! He called it the best Law IV that he had seen so far! However, he qualifies this, saying that he has only watched two other Law IVs (in 2012 and 2010), and that unlike previous editions, this year’s Law IV had better technical support. Nonetheless, Law IV 2013 was, in his words, “a good mix of seriousness, comedy…I really enjoyed it”. 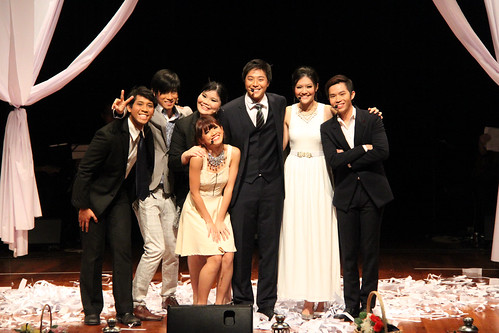 And with that, I suppose great expectations suddenly fell on me. I do hope I have done Law IV 2013 justice. Last but not least, on behalf of Law Annual, I wish the Class of 2013 much happiness and joy in whatever they may choose to do.

Photographer’s Note: The full set of images can be found here.