Everyone knows that Singapore and Malaysia share a special relationship as neighbours- sometimes competitive and heated but at the end of the day our shared history allows us to be good friends. Most should also know (that is, if you were listening attentively in your first SLS lesson in Year One) that this shared history is paralleled in the two law faculties of NUS and the University of Malaya. In the end it was conviviality, and not competition, that ruled the day at the 8th annual UM-NUS Friendly Moot Competition.

It was apt and perhaps a tad ironic that the topic involved a pair of squabbling neighbours.  At hand were the issues of duty of care and remoteness. These are some of the first topics that an NUS law student is exposed to in law school, but as the writer quickly discovered, they were far from elementary as the judges fired off difficult questions at the mooters from the get-go. Many freshmen were spotted during the moot, no doubt fretting about their upcoming moots for LAWR and hoping to pick up some tips, but only getting progressively more anxious as the moot went on.

The task for either side was not easy as the judges were particularly well versed in the law of Tort. Joining Mr. Chan Leng Sun, S.C from Baker and McKenzie on the bench were our very own Prof. David Tan and Prof. Amirthalingam Kumaralingam.

Of particular note was Prof Kumar’s probing questions which rattled the mooters quite a few times. After some initial nervousness, the UM team managed to recover spectacularly with a confident performance from their second speaker Ms. Puteri. Not to be outdone, the respondents from NUS, Royston Tan and Benjamin Foo, put forth their own arguments in a poised and passionate manner.

It was not all just seriousness, however, as occasional snippy comments by the judges brought chuckles to the audience, such as when a bemused Prof Kumar asked if a duty of care should be owed between two friends who share a cup of tea, or when Mr. Chan jokingly suggested that one could use Tom Hanks’ relationship with Wilson the Volleyball in Cast Away to determine the level of attachment to an inanimate object.

To close off the night, the Bench gave some pearls of wisdom for future mooters-

The Challenge Shield went to NUS for the 8th year running, while the Best Speaker award went to Ms. Puteri of UM. 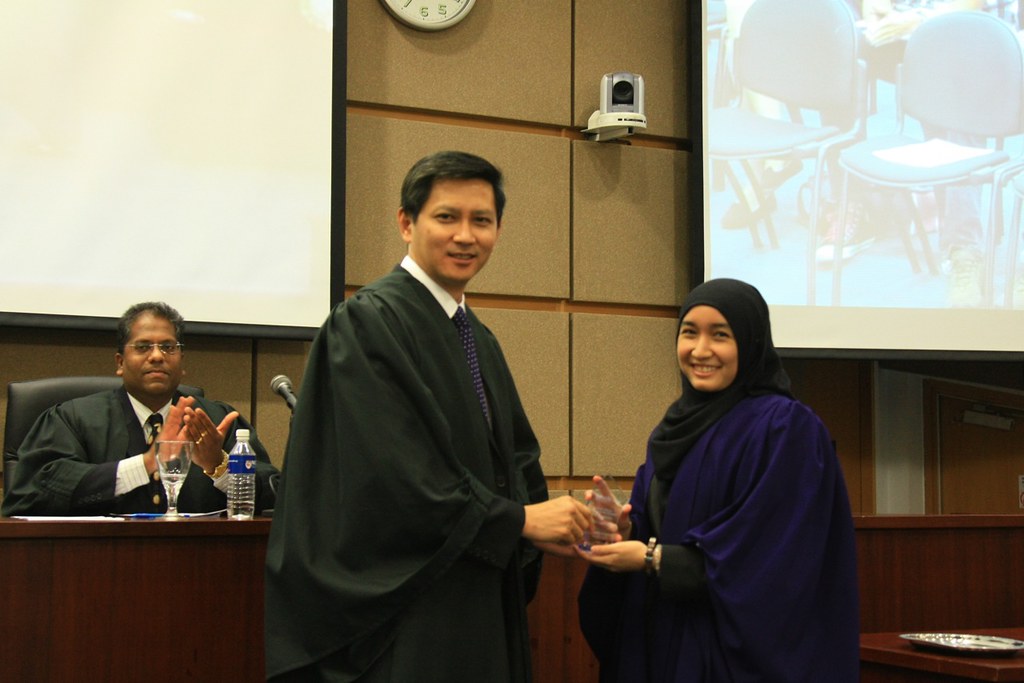 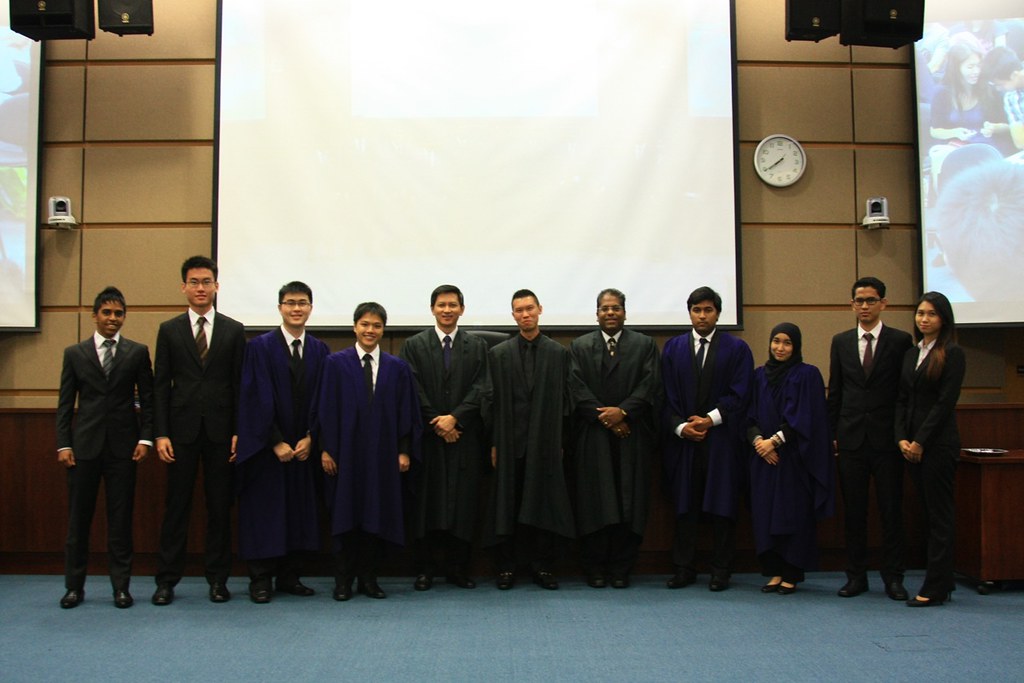 The NUS and UM Mooting teams together with the judges. 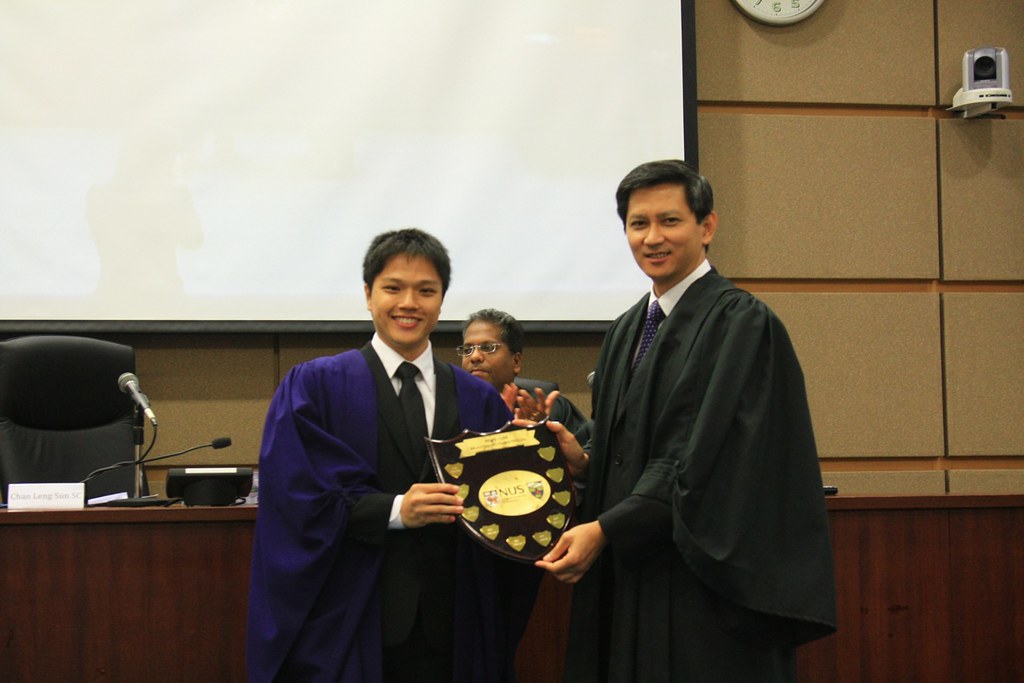 NUS- Winners of the UM-NUS Moot Competition for the 8th year running.

Congratulations to the NUS team, and credit to the UM team as well for a valiant performance as well!