Our Legal Eagles of badminton, placed in Group A, found themselves in the Group of Death from the get-go. After losing 0-5 to Business (fielding an entire team of Varsity-level players) and 1-4 to Engineering (last year’s finalists), they gave everything they had to squeeze out a hard-fought 3-2 victory over Computing, giving a 1-2 record for the first three preliminaries.

On the 3rd of September, 9am, the NUS Law IFG badminton team returned to the thick air of Multi-Purpose Sports Hall 5 to complete their final two preliminaries against the School of Design and Environment (SDE) and the Faculty of Arts and Social Sciences (FASS). With their strongest players despatched to a varsity-level friendly match, limited numbers and all the intended Women’s Singles players stricken by illness and unable to compete (resulting in two walkovers), could they turn this “last stand” into an unexpected victory?

v. School of Design and Engineering

Mens’ Singles
Jun Heng went up against SDE’s Min Zhe. Both players showcased exceptional skill at the sport, with both players having immediate answers to most of the other player’s moves. Unfortunately, Min Zhe’s mixing of smash shots and offensive clears proved difficult for Jun Heng to handle, resulting in a quick 8-21, 5-21 loss. 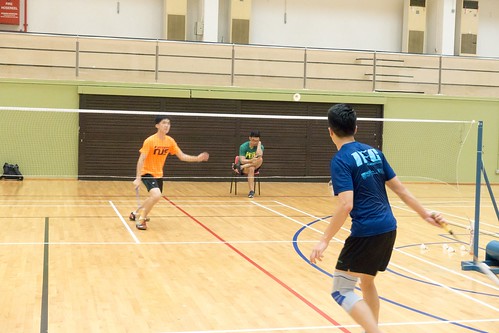 Mens’ Doubles
Keng Boon and Ivan went up against SDE’s David and Shaun. An exceptionally close battle, there were multiple fast and powerful rallies and strong defensive play against both side’s drop shots. Law’s duo made a valiant effort to win the second set and force the game into a third, tiebreaker set, but eventually went down 14-21, 19-21. 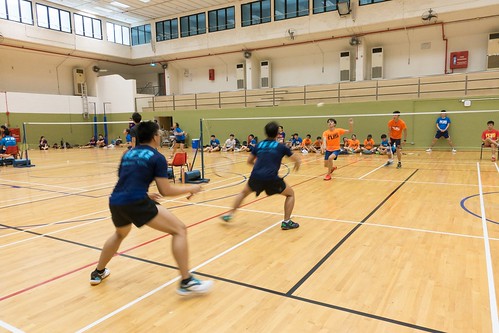 A blur of action, both sides swing into action to continue an extended rally.

Womens’ Doubles
Rae Ann and Joelle went up against SDE’s Cheryl and Lynn. Rae Ann was truly the star of the match here, using her agility to shut out the SDE pair’s offense and return the shuttlecock with hard-to-return “kill shots”. 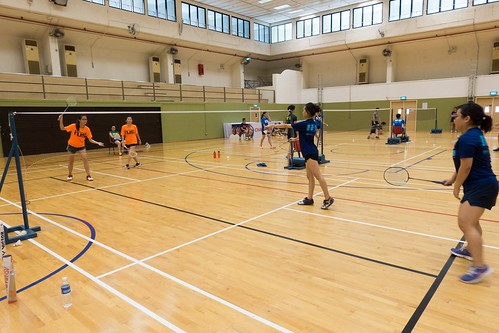 Rae Ann sets up for another serve, and another point!

Joelle’s masterful backhand completed the defense with stellar recoveries of SDE’s drop shots close to the net. Sustaining this strong showing throughout the match, they secured a dominating 21-12, 21-7 victory, ensuring that Law would not go home empty handed! 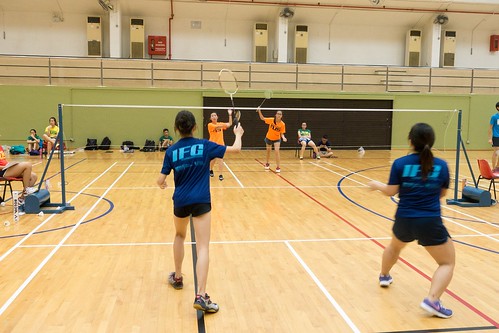 Mixed Doubles
Team Captain, Kyle, stepped up to the plate with Qin En to take on SDE’s Loon Yun and Sabrina. Both pairs were initially very evenly matched, with one point traded for another very quickly. Forced errors eventually turned out to be the undoing of the Law team, with a final score of 15-21, 16-21. 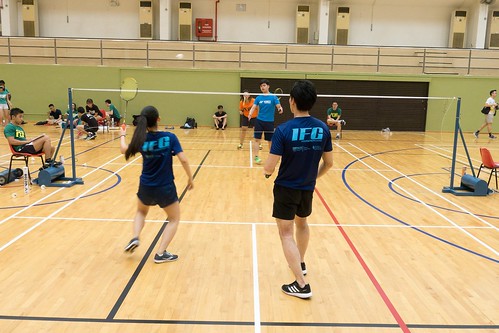 Qin En prepares to intercept a clear shot and go on the offence.

Hearsay from previous matches had indicated that FASS would be a significantly more difficult opponent than SDE, and the matches with FASS were definitely more challenging than SDE.

Mens’ Singles
Kyle went up against FASS’ Zi Jian. A frantic and fast match, both players were scrambling across the floor to receive the opponent’s shots and return fire with something unpredictable. FASS eventually prevailed 16-21, 18-21. 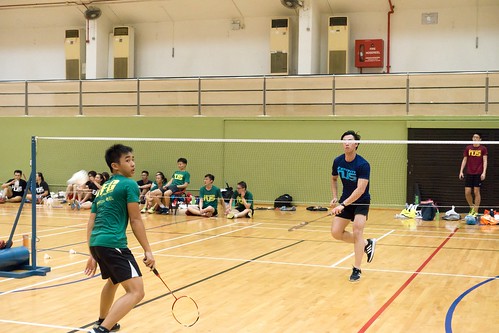 Kyle slams the shuttlecock past his opponent for another valuable point.

Mens’ Doubles
Keng Boon and Jun Heng took on FASS’ Sean and Brian. Despite falling 16-21 in the first round, the duo held on during the second round for a close fight, eventually prevailing 21-19 thanks to unforced errors from the FASS duo. However, unforced errors then came back to haunt the Law team as they fell in the final set 13-21. 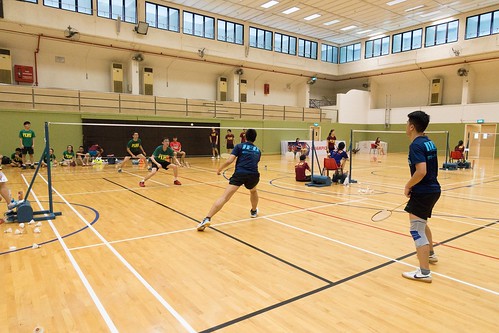 Net shots are the order of the day as Keng Boon catalyses a comeback, but is it enough?

Womens’ Doubles
Rae Ann and Joelle joined forces again to challenge FASS’ Yi Qin and Yan Ying. Unfortunately, it turned out that the FASS’ ladies strategy was the exact counter to our contenders — a very aggressive playstyle, featuring an unrelenting barrage of drive shots, with a smash at any opportunity possible. Our ladies finished the match 8-21, 8-21. 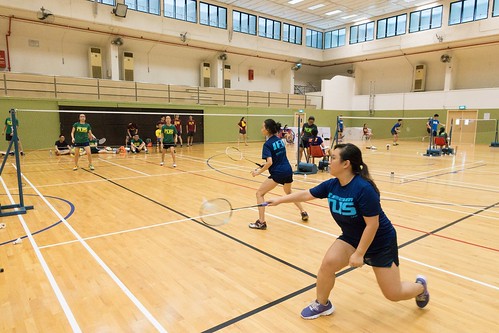 Joelle saves yet another fast drive shot from the FASS ladies.

Mixed Doubles
Ivan and Qin En went up against FASS’ Lionel and Sherilyn. Despite a strong showing in the early stages of the game, the FASS team once again proved to have the upper hand, delivering a swift 7-21, 7-21 defeat to our players. 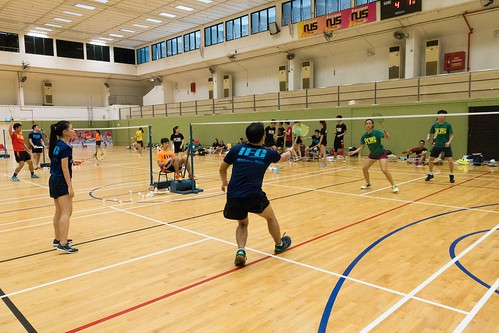 Up against very formidable opposition, the Law badminton team came here with no illusions about their likely chances of winning — and yet they had never lost sight of that slim probability. Lawyers pride themselves on their ability to stand against the odds and create the best possible outcome, even if defeat is likely or even inevitable. Our players have definitely lived up to this standard, Though they did not make it to the finals, they definitely had fun and played their hearts out, making the best out of all the challenging encounters on the badminton court. 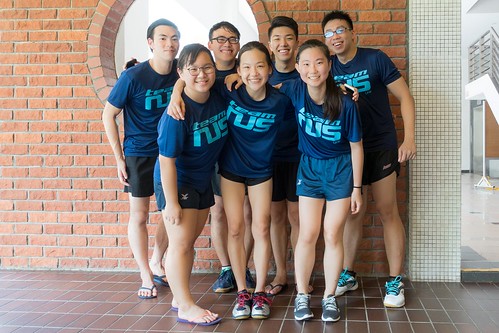 Here’s to the rest of Law’s IFG teams awaiting their turn at a shot for glory!

Special thanks to Law IFG Badminton team captain Kyle Yew for assistance in the production of this article.