This year’s team was the best we had fielded in four years. This fact was evident in the preliminary matches against Computing and SDE. Indeed, “everyone could play because we were that good” (team captain Hannah) — these matches were a valuable opportunity for the reserves and substitutes to gain more experience, hopefully in preparation for the extremely thrilling Lawmed games coming up early next year.

The match against Yale-NUS started out smoothly with an easy 25-8 win in the first set. Despite a slight hiccup in the next set, which went 26-28 to Yale-NUS, our team still netted a convincing win in the third set.

Meanwhile, our team hit a slight bump when it came to the match against FASS. Despite their valiant attempts to fend off the defending champions, they still conceded the game. However, little did they know, an opportunity for revenge would soon present itself… (read on to find out more!!)

11am on a Saturday morning. It was evident that Science feared the mighty power of the tightly-knit Law team, as they brought a veritable army of players to wage war against our seven-member team present on that day. 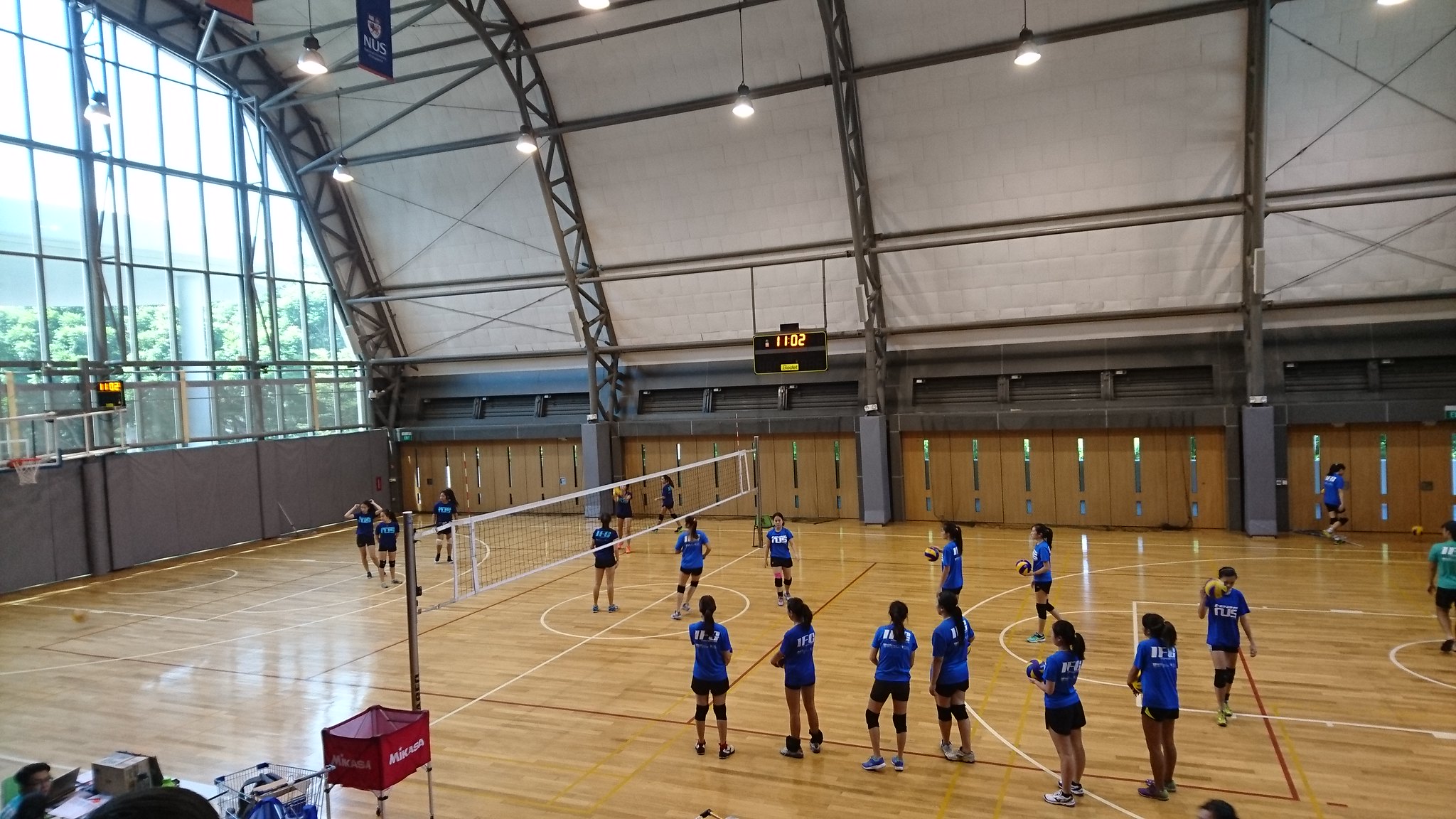 Compare the density of players in the two halves…

The first set was unfortunately conceded to Science 25-12. Nevertheless, the next set saw our players rally together, determined to overcome this minor setback. In an impressive feat of mental fortitude, physical prowess and team spirit, our players scored 10 points in quick succession, conceding only 2. 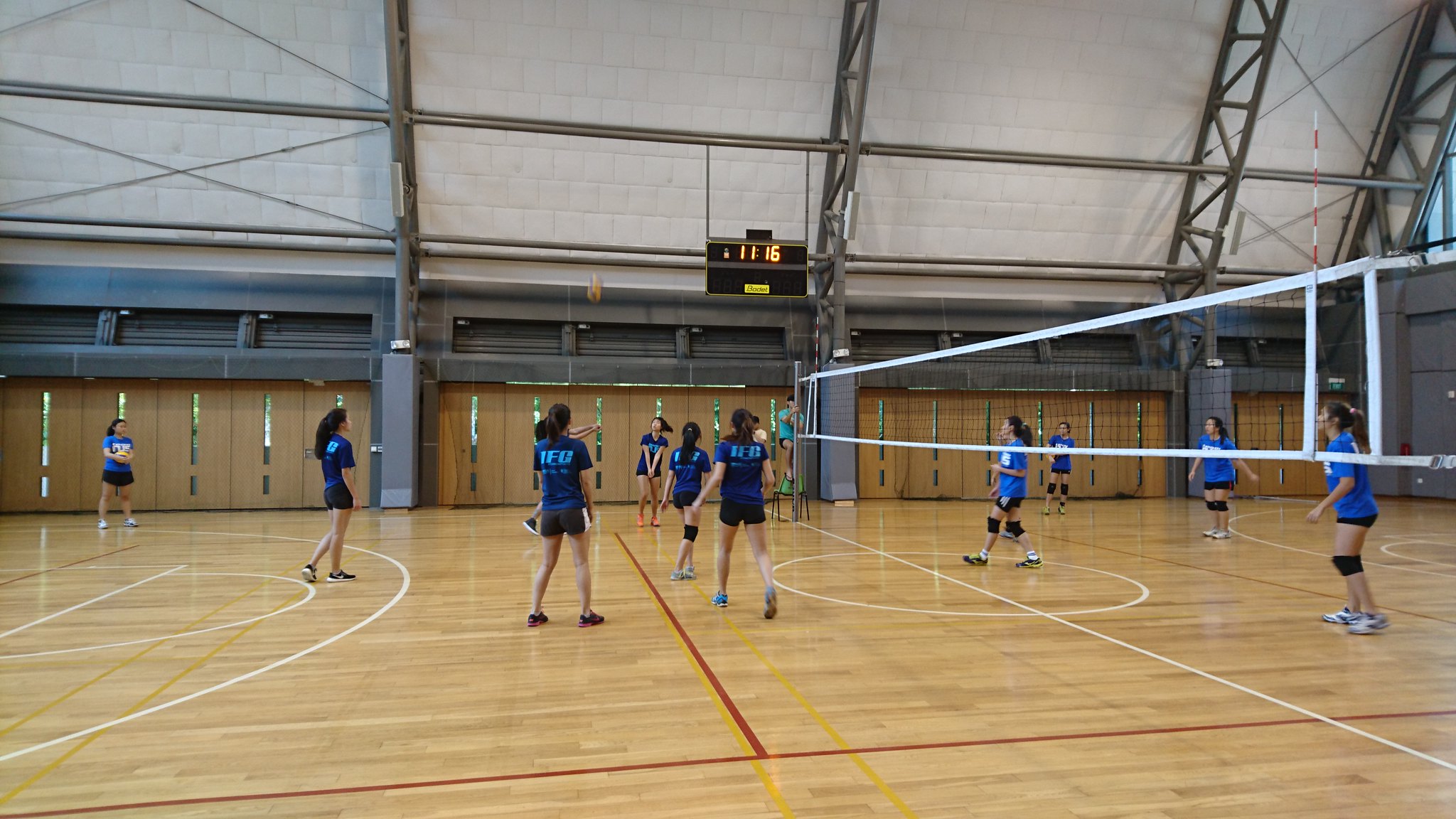 In action against Science

Nonetheless, it was not Law who won that set. It seemed that our semi-finals were over then. However, a small mix-up about the format of the game (it was supposed to be Best of 5, not Best of 3), gave our players renewed hope and boosted their morale. They played on added fervour. Magnificent saves by our team were met by enthusiastic cheers from the supporters. A testament to their tenacity and teamwork, our players won a hard-earned set against Science. 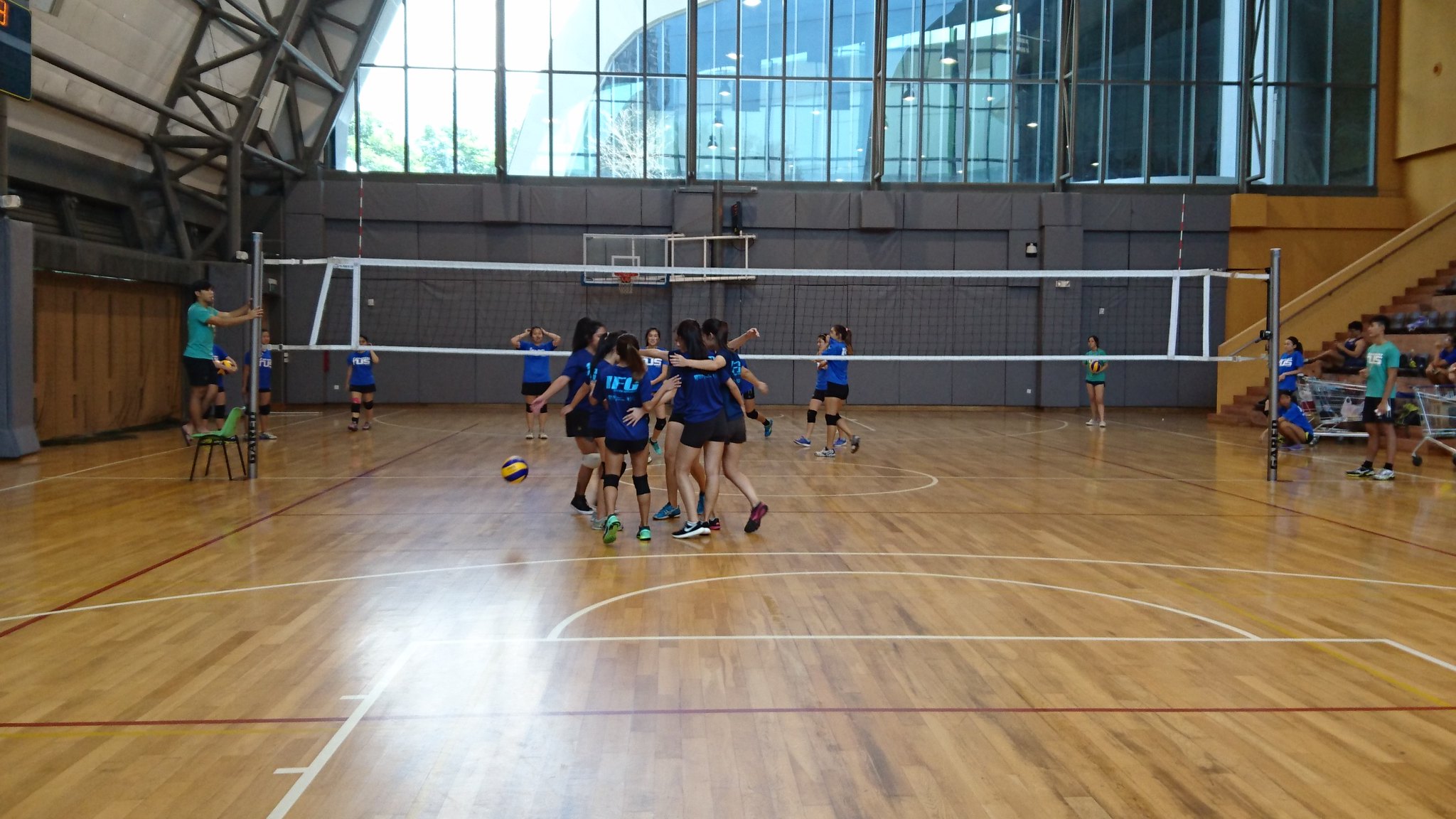 Unfortunately, in the next set, Science regained their earlier form, and ultimately the match was lost. Nevertheless, it was a blessing in disguise as our players had objectively more important things on their mind, namely food.

Play resumed after an eventful lunch. The final match would be against FASS, a perfect opportunity to serve up some revenge for our defeat in the preliminary rounds. 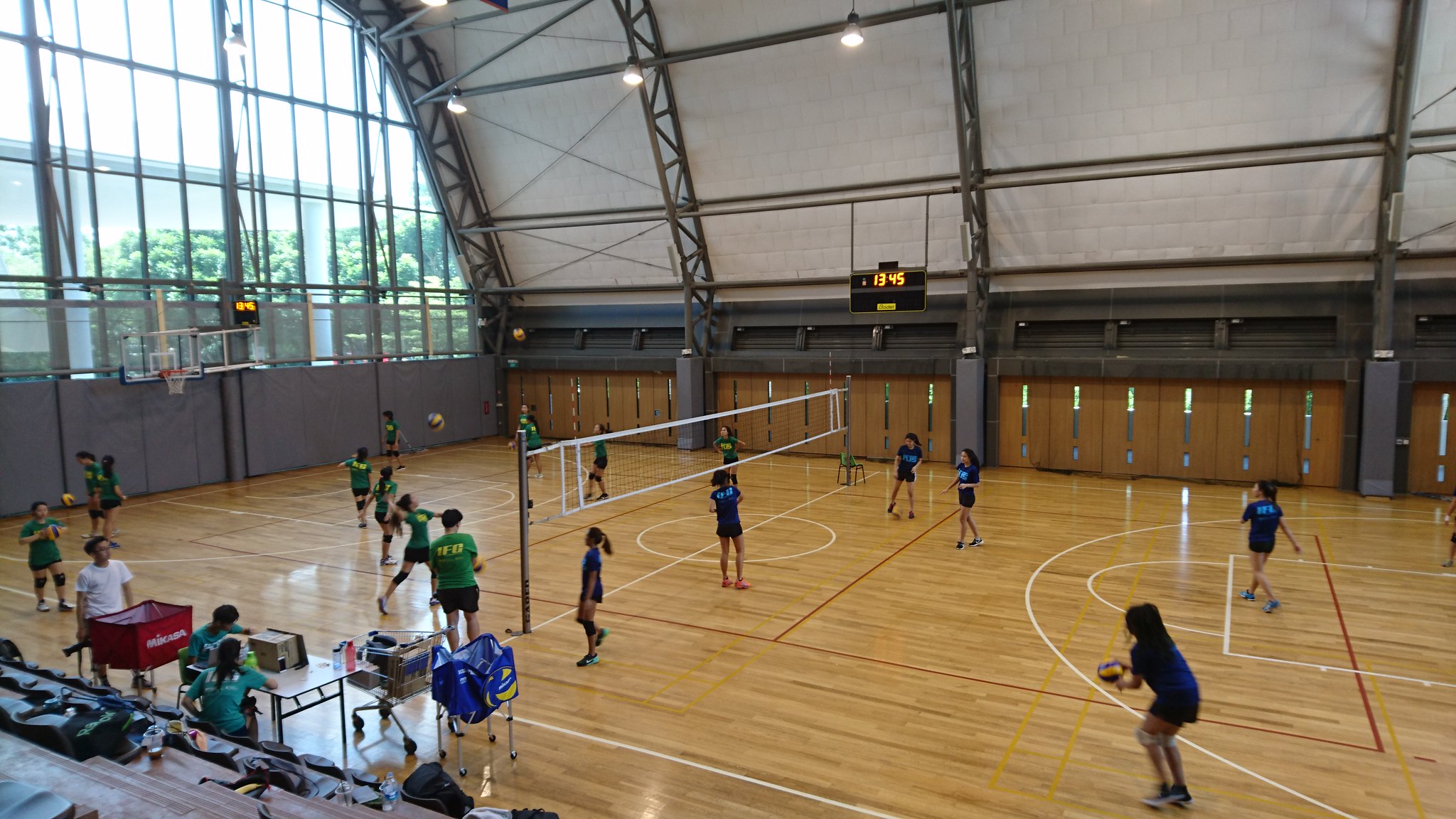 The first set was unfortunately conceded to FASS at a score of 11-25. Despite this, the team was not discouraged. They courageously fought against both their opponents and their food comas, and demonstrated their determination to keep the ball off the floor and over the net. FASS could not keep up with our pace and at moments were left floundering. We even engaged the use of psychological warfare with a serve that left the other team so confused that they did not know how to react, winning us a point. In the end, it was inevitable that we would win the set, avenging our earlier defeat. 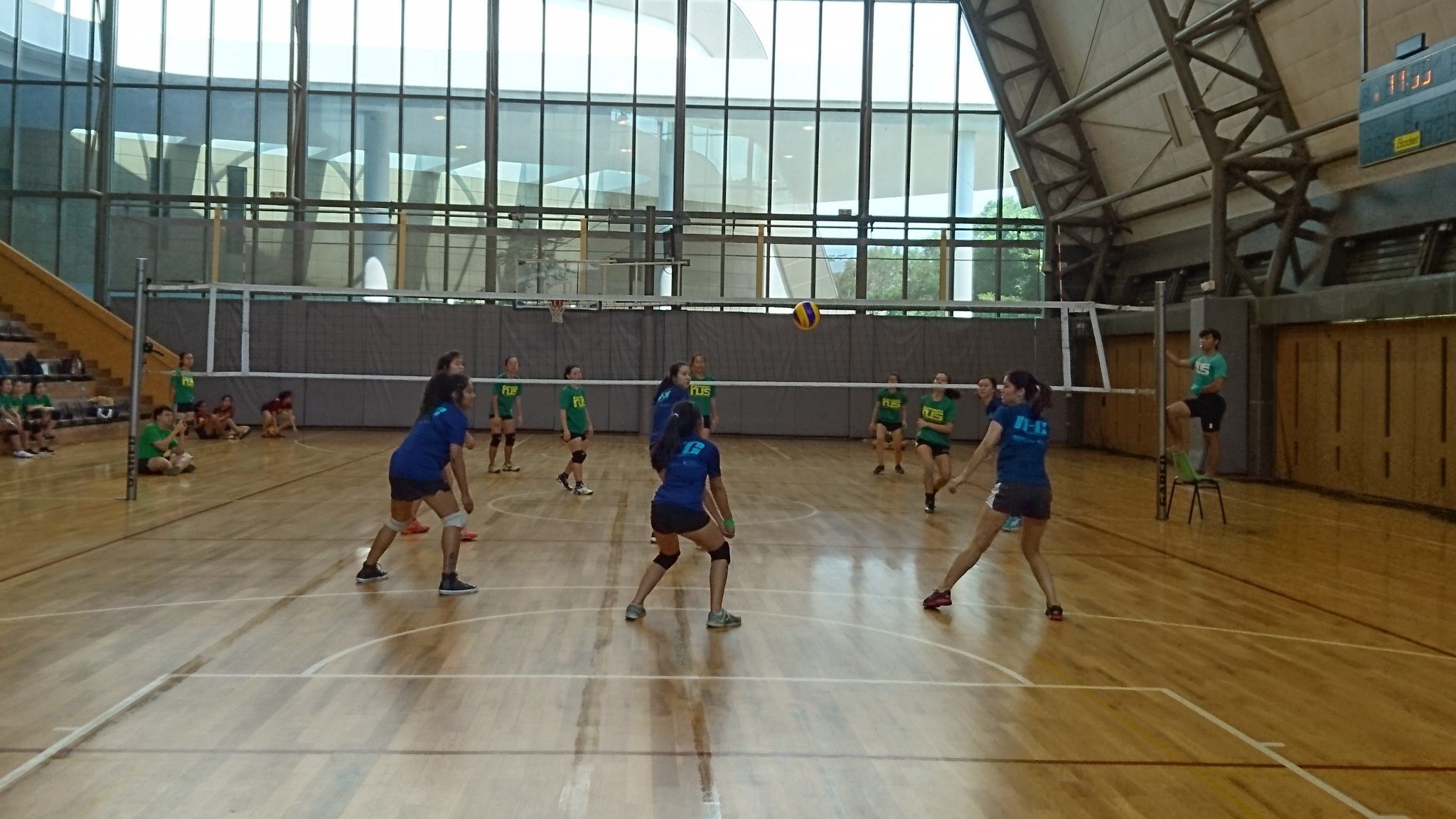 Ready to return the attack Serving up some revenge

Nevertheless, FASS continued to fight back. Seemingly inspired by our wonderful performance in the earlier set, they regrouped and went on to the take the next two sets, despite valiant attempts on our part to hold them back. This concluded our last match of the day, and placed us in a respectable 4th position for the sport. As Hannah had pointed out, it was the first time the women’s volleyball team had reached the semi-finals in many years. The players had put up an honourable and respectable fight against the more traditional powerhouses in the IFG sport. Most importantly, however, the players had fun, and that is what truly matters. After all, isn’t that the whole point of the IFGs? 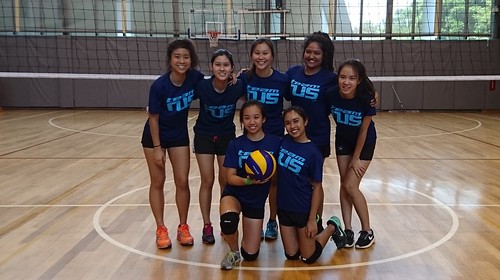